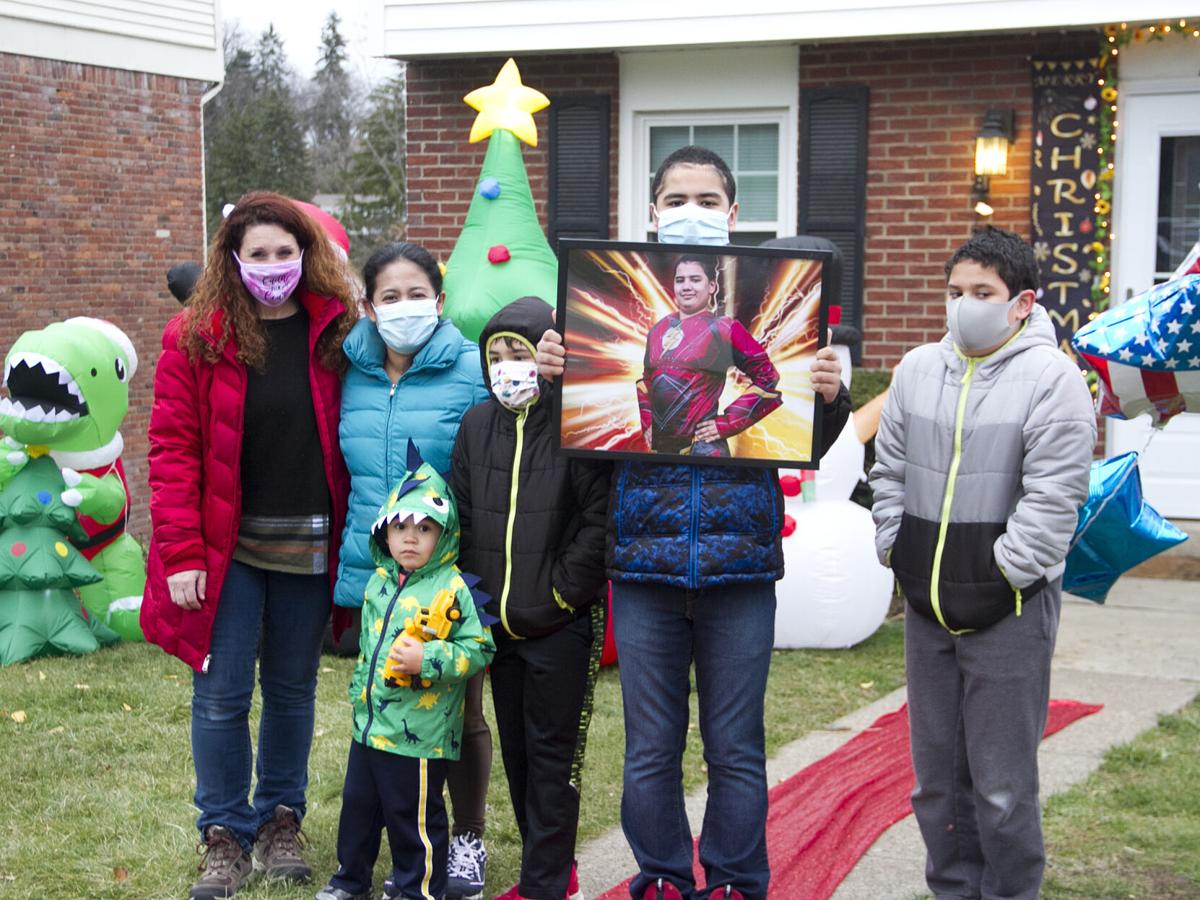 Amy Faltot, at left, poses for a picture with members of the Rovers family, from left, Maria, Shane, Sam, Sean and Seath. 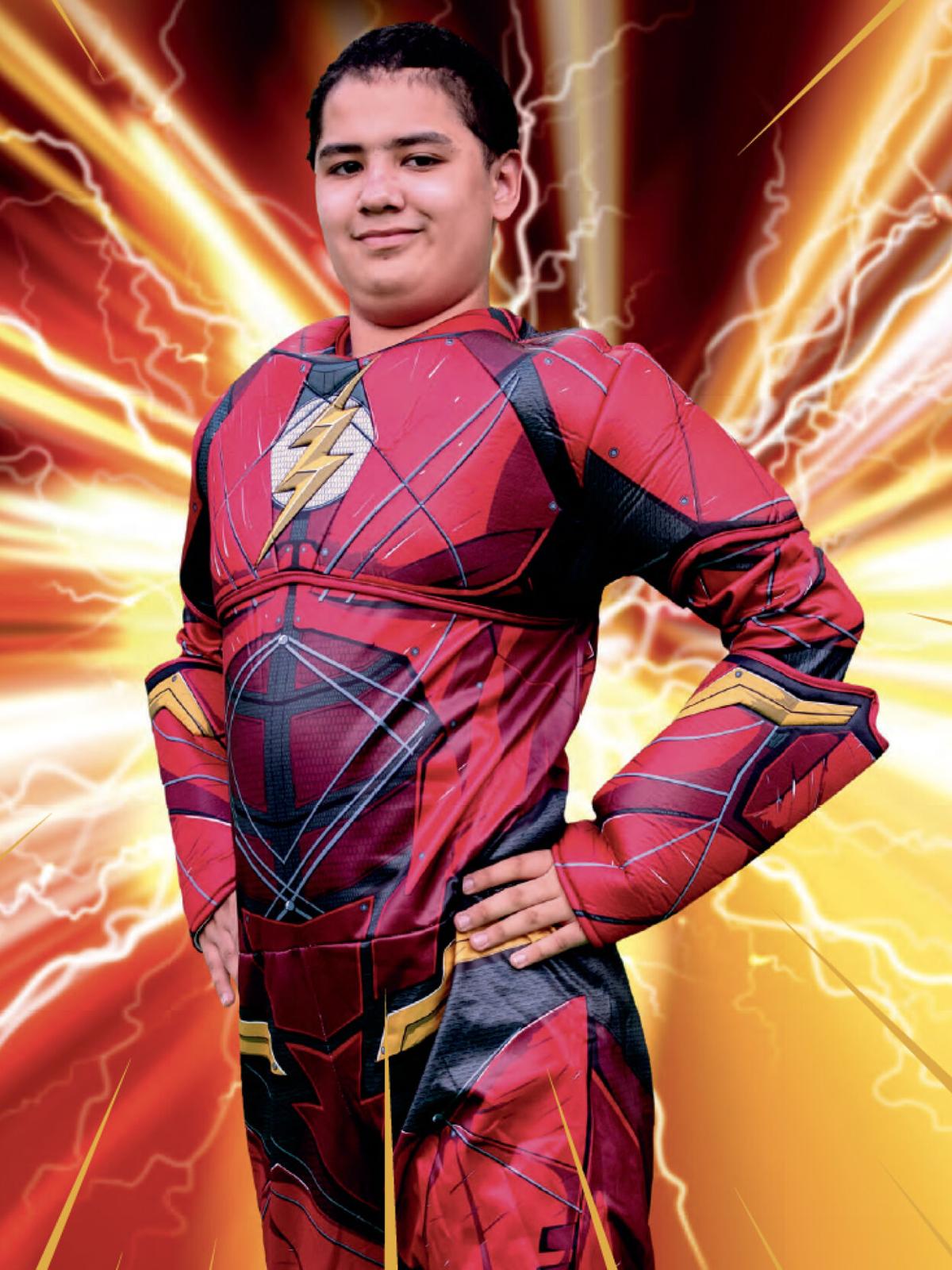 Sean Rovers as The Flash 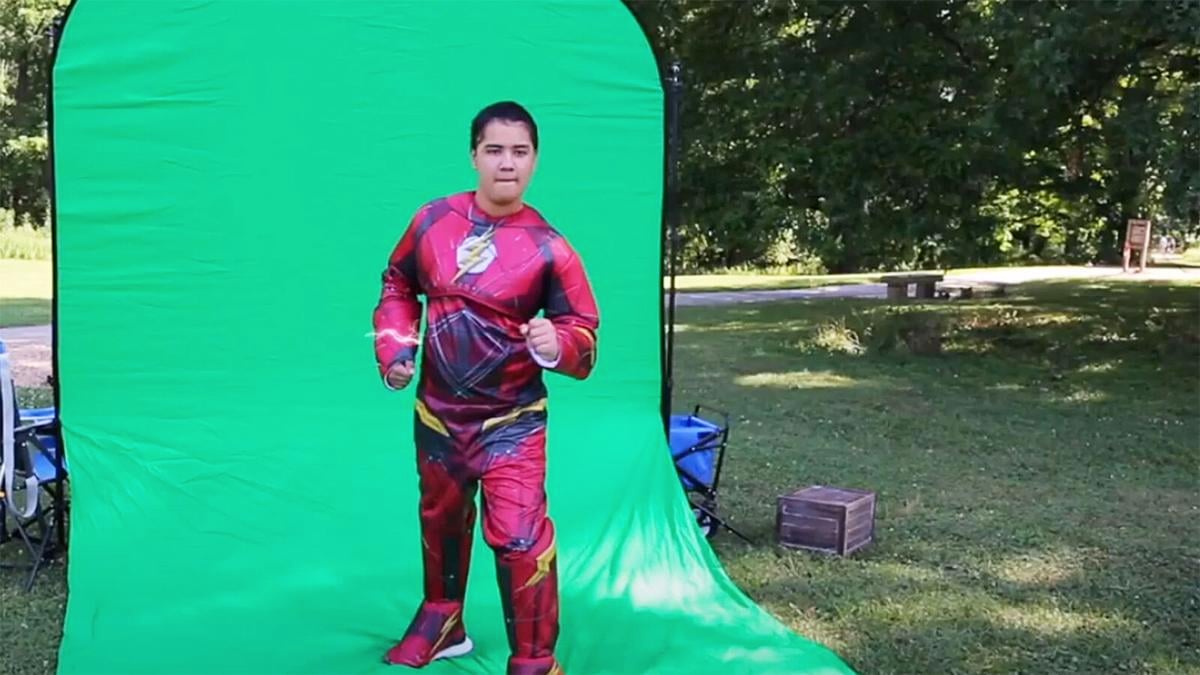 Sean Rovers poses during the shoot for Superheroes Believe in Miracles’ 2021 calendar.

Amy Faltot, at left, poses for a picture with members of the Rovers family, from left, Maria, Shane, Sam, Sean and Seath.

Sean Rovers as The Flash

If all goes well, the Bethel Park seventh-grader also will have something else to celebrate.

“On the day of his birthday, he will find out if his treatment is clear or it’s the other way around,” said his mother, Maria.

Sean is scheduled to have magnetic resonance imaging conducted Dec. 23 to monitor how his fight against a rare disease is proceeding.

He has been diagnosed with a central nervous system sarcoma, a high grade, and his is only the fourth known case.

In the past three years, he has undergone operations and radiation treatment that appear to be helping his overall cause.

Most visibly, Sean has grown to the point where he now towers over his mother and three younger brothers, as evidenced when they lined up in their front yard Dec. 6 for an extra-special occasion.

Amy Faltot of Natrona Heights, who heads a nonprofit called Superheroes Believe in Miracles, visited the Rovers home to roll out the red carpet, literally, for Sean.

He is one of the children featured in the organization’s 2021 calendar, which contains photos of youngsters dressed as superheroes. Sean chose to appear as DC Comics speedster The Flash.

“A couple of years ago, we did our first calendar,” Faltot said, “and it was such an enjoyable experience that we decided, what better year to do it than this year?”

In the past, the kids appearing in the calendars were treated to a Hollywood-style party, complete with the obligatory red carpet.

“But of course, we couldn’t do that this year. So we decided to bring the red carpet to our superheroes,” Faltot said.

She also brought the Rovers their copy of the calendar, which includes a total of 13 children, as a brother and sister appear together for one of the months.

“Throughout the year, we send out birthday packages to any child age 1 through 19 battling any type of illness,” Faltot said. “We send out about 180 a month, and that’s all over the country.”

The superhero calendar has served as a fundraiser for the organization, and the COVID-19 pandemic didn’t deter the production of a 2021 version, in partnership with South Side design solutions company ocreations.

“It was very different than our first calendar,” Faltot said. “All the photography was done outdoors instead of indoors. It was all done on separate days. We went to different locations.”

She has been overcoming challenges since the birth of her son, Anderson, in 2012.

“My little one was in the hospital for three months when he was born. He was teetering on life and death during that time,” she recalled, noting during his stay, “I saw all these kids who were fighting the biggest battles, but smiling and enjoying themselves and playing.

“After all the dust settled with my son, I said, ‘I’ve got to do something.’ And my husband’s a huge superhero fan,” she added. “And that’s how it came to be.”

The motif has lent itself well to the cause of the organization, for which Justin Faltot serves as a committee member.

“These kids have courage,” his wife said. “They’re brave. They face every single difficulty they have with the grace of a superhero.”

In Maria Rovers’ opinion, Amy Faltot qualifies as a superhero, as well.

“‘Thank you,’” she said, “is an understatement for everything she does.”

For more information about Superheroes Believe in Miracles and to order a 2021 calendar, visit www.superheroesbelieveinmiracles.com.