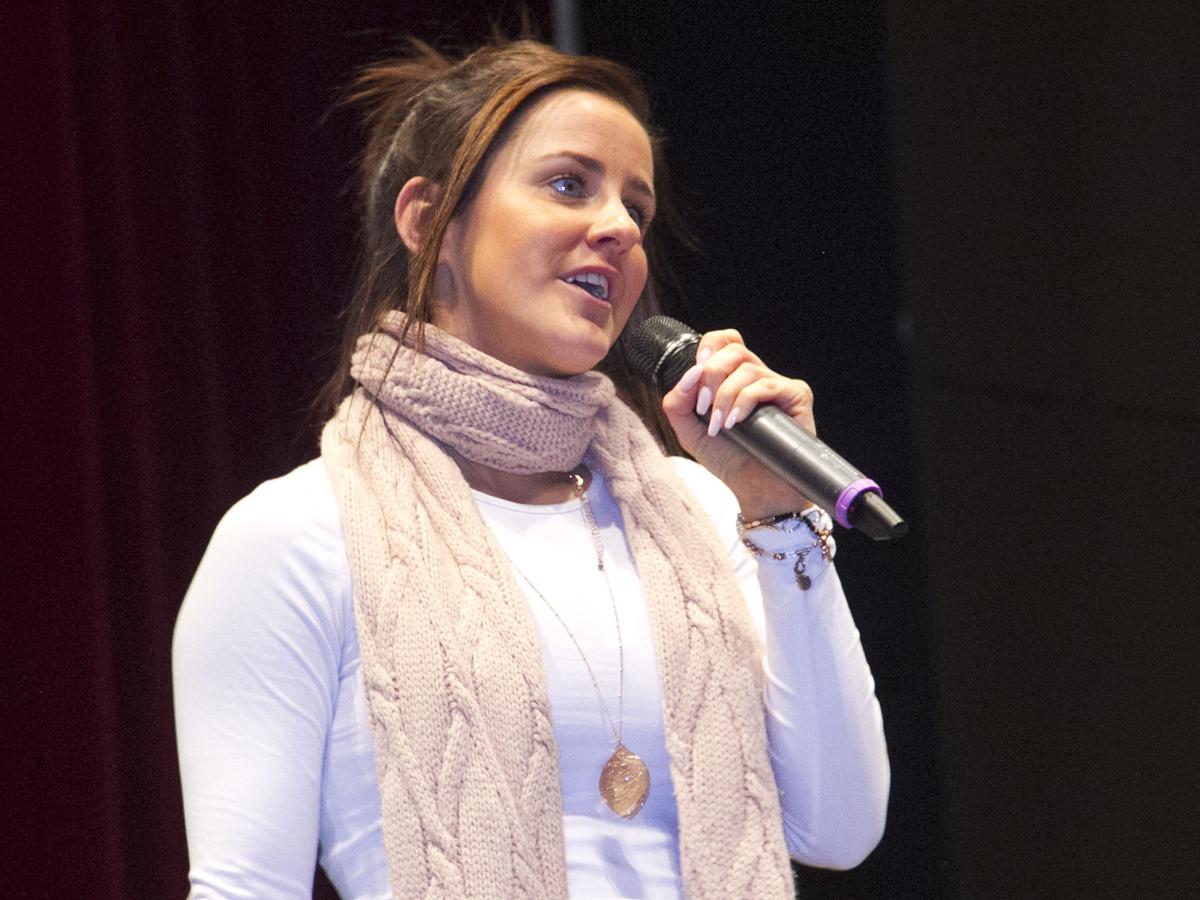 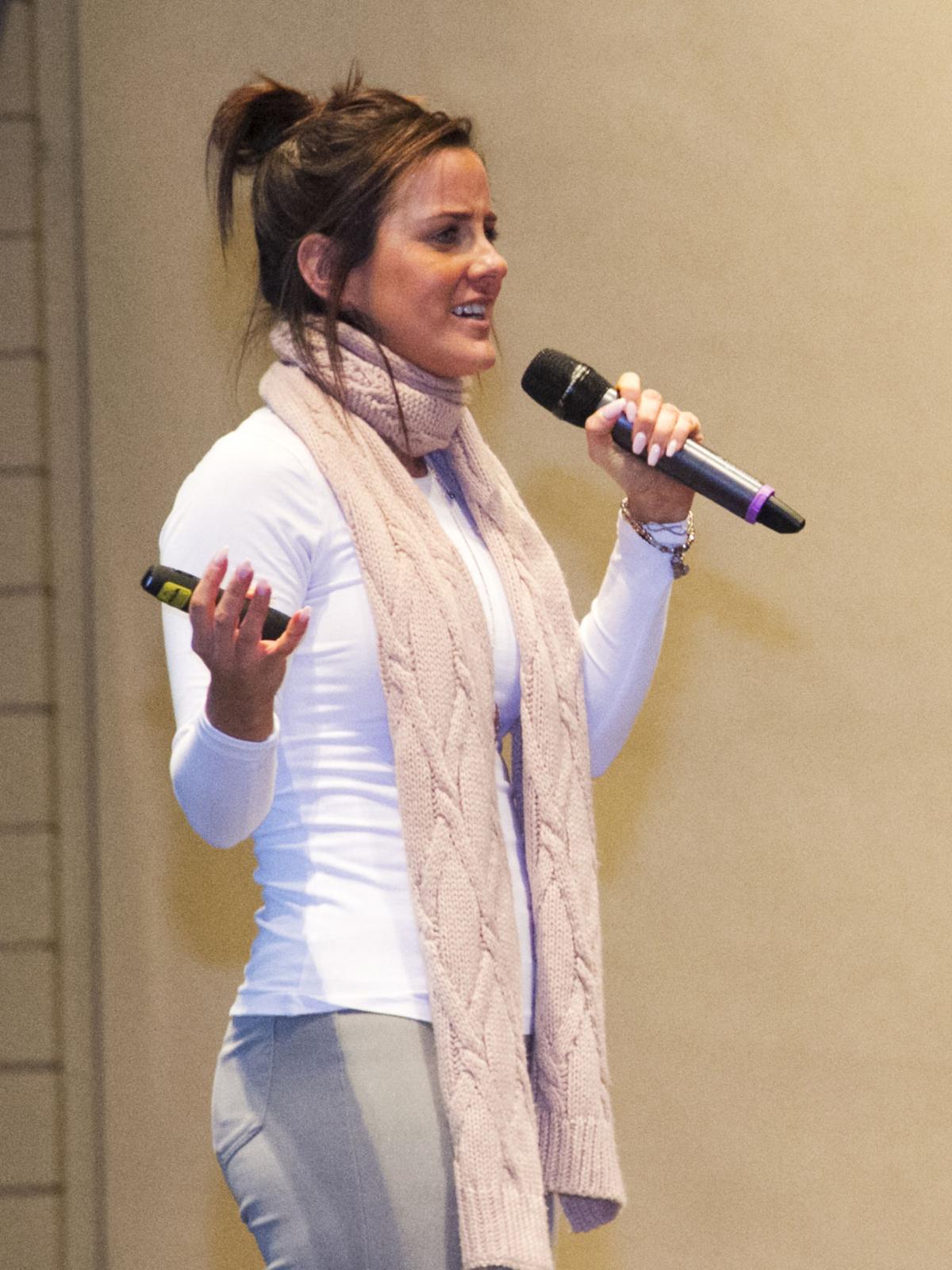 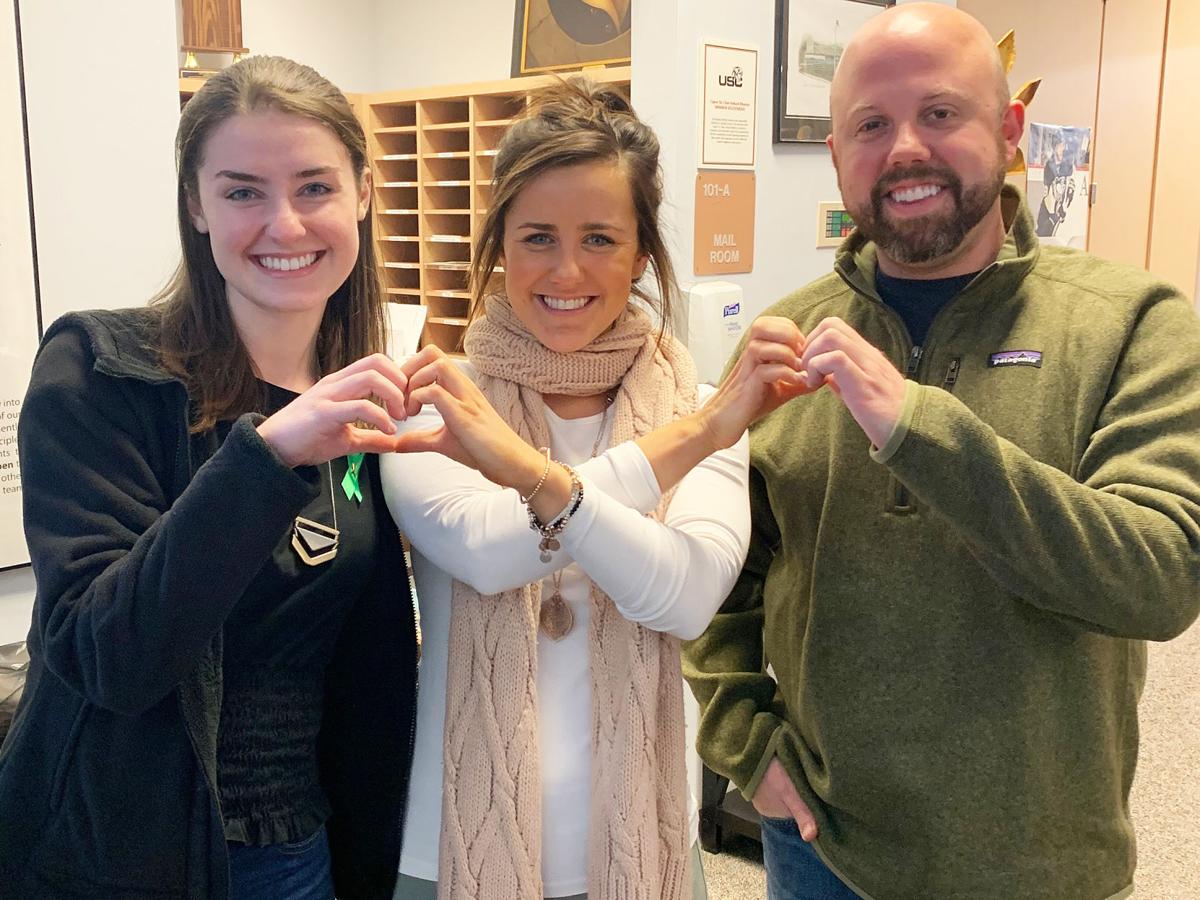 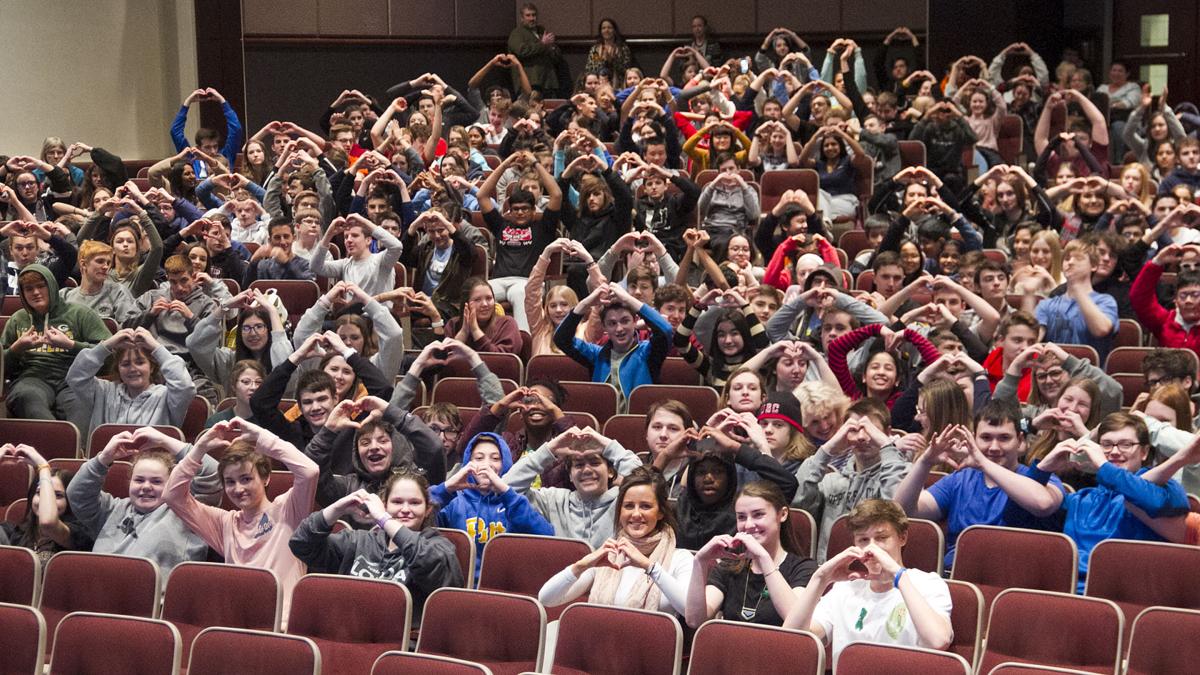 When the ANTs come marching in, Kate Fitzsimons has some suggestions.

In this case, the acronym stands for automatic negative thoughts. And Fitzsimons likes to act as their exterminator of sorts.

The resilience specialist from New South Wales, Australia, gave a Feb. 21 presentation at Upper St. Clair High School based primarily on this message:

“My response is my choice.”

Throughout her talk, Fitzsimons frequently acknowledged the skepticism teenagers tend to have toward motivational speakers. Only a decade removed from that age range, herself, she admitted to once taking a similar point of view.

“Until somebody really sat me down and clearly explained this to me, I was always one of those people who was like, ‘Oh, my goodness, the power of your thoughts and positive thinking. Please get away from me with that stuff,’” she recalled.

The explanation Fitzsimons received is something she shares internationally, and what she has to say can apply to people of any age.

Say you encounter one of those ANTs.

To help illustrate, she showed a clip from Peter and Bobby Farrelly’s 1994 comedy “Dumb and Dumber” in which Mary, played by Lauren Holly, puts the odds of getting together romantically with Jim Carey’s Lloyd at a whopping million to one.

“So you’re telling me there’s a chance. Yeah.”

A more common reaction, as Fitzsimons explained, might have gone in the direction of “Mary’s just hurt my feelings and she’s pretty much just rejected me to my face. So it’s her fault that I feel so upset.”

“How do you get two completely different emotional responses from the same circumstance? The truth is, guys, it’s not the things happening outside of us directly causing how we feel, but ultimately the way we think about and interpret these things,” Fitzsimons posited.

“I do want to point out the difference of what I mean between a circumstance and a thought, because so often we believe our own thoughts so deeply that we really think they are the factual circumstance in our lives: ‘Nothing ever goes my way,’ or ‘That person is just so rude,’” she continued. “But if you take a moment to pull apart the pure facts of the situation from the story you tell yourself about it, you begin to recognize: Hang on a second. Everything that’s happening outside of me at a factual level is completely neutral.

“And by that, I mean it has no good or bad inherent meaning in it until we have a thought about it.”

Her recommendations for such thoughts include considering what she calls the 3 R’s to “Response-ability:”

• Recognize. Separate the facts from your thoughts.

“I’m sorely tempted to say, ‘I’m so upset because of my grades.’ Right? But grades, themselves, they’re harmless. They just sit there on paper. They can’t jump out and clamp down on you,” Fitzsimons explained. “So we now know the true cause of why you’re feeling any shame or frustration of those ANTs, those negative thoughts that might be: I just can’t do this subject.”

• Reflect. As she questions: Are these thoughts useful? Do they bring me closer to my goals or the kind of person I want to be?

• Redirect, which comes with the suggestion of applying the word “yet.”

“I’m telling you, this is the most underrated word in the English vocabulary, that I use every single time my brain tells me I can’t do something, which is basically daily,” Fitzsimons said, providing some examples:

Not that long ago, Fitzsimons was trying to figure out how to apply “yet” to thoughts about not being in control of her life. Factors such as friendship challenges, study stresses and social pressures, combined with unrealistic expectations she placed on herself, contributed to her developing an eating disorder as a teenager.

Then, when she was 20, a reckless driver caused an accident that killed her older sister, Nicole, who was vacationing in Thailand.

In dealing with her grief, Kate decided to prove her own resilience by quitting her job and started a charitable foundation to help teens learn how to travel safely, in honor of Nicole. From there, she began sharing her story as a way to help others overcome adversity.

“Guys, you always have the power to change the way that you think about and interpret these things,” she said in Upper St. Clair. “The moment that you’re willing to step up and take over that truth is that moment you will get power back over what you feel, do and create from any situation in your life.”