Skip to main content
You are the owner of this article.
Edit Article Add New Article
You have permission to edit this article.
Edit
Welcome, Guest
News
Sports
Life & Culture
Events Calendar
Lottery Results
Fish Fry Map
Weather
Sponsored Content
Classifieds
e-Edition
South Hills Living
Get Our Newsletter
Get the Almanac
Advertise With Us
Submit Content to The Almanac
Contact Us
About Us
1 of 18 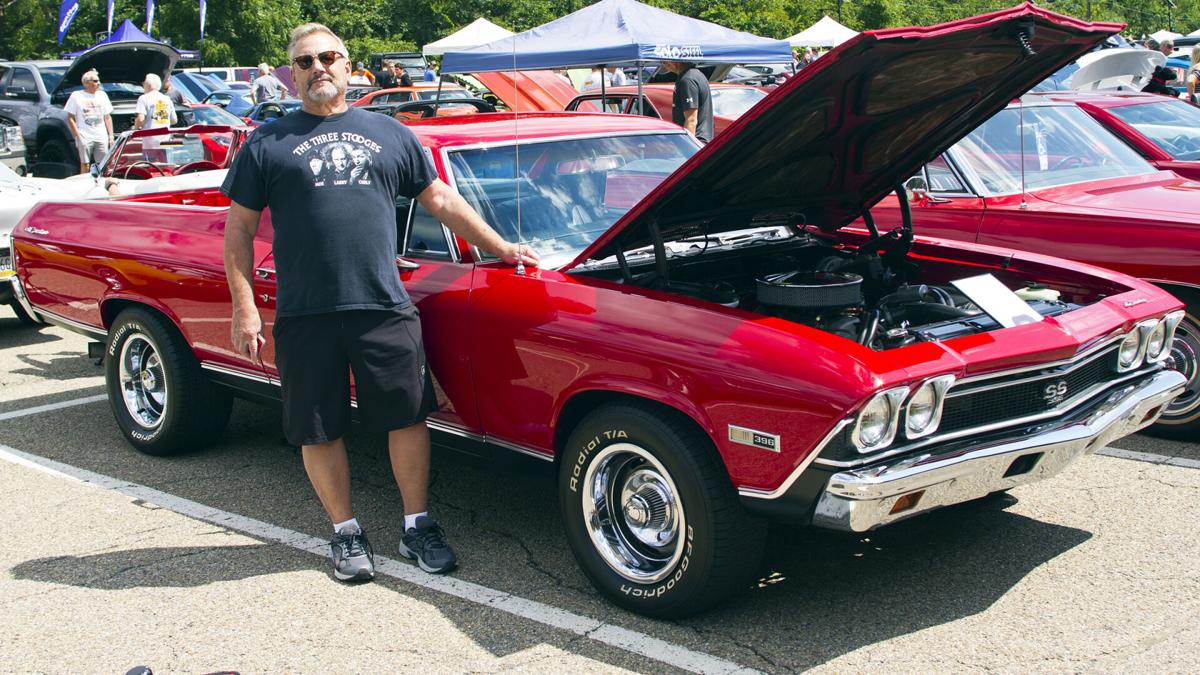 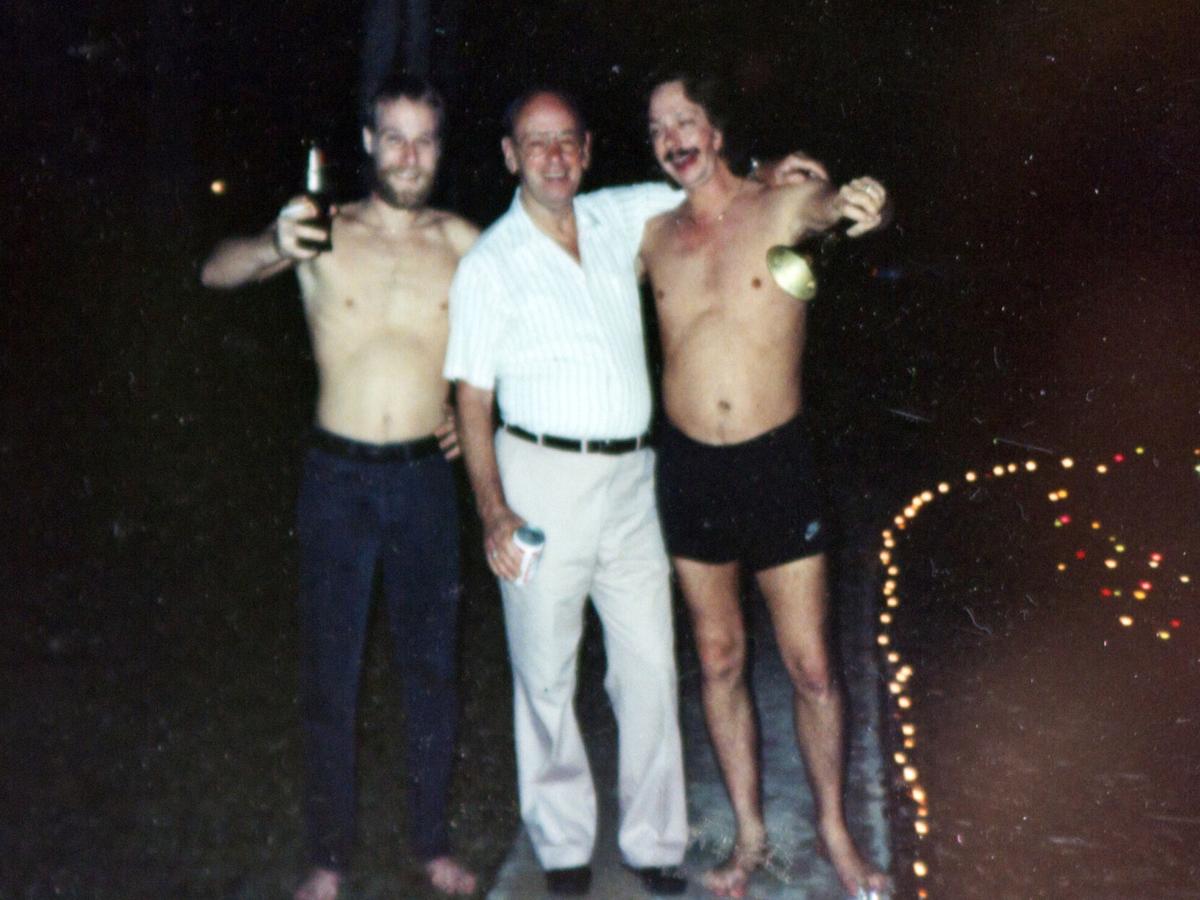 A photograph of Paul Wetzel's father and late brother Dennis, far right, is displayed in Paul's 1968 El Camino along with information about the truck. 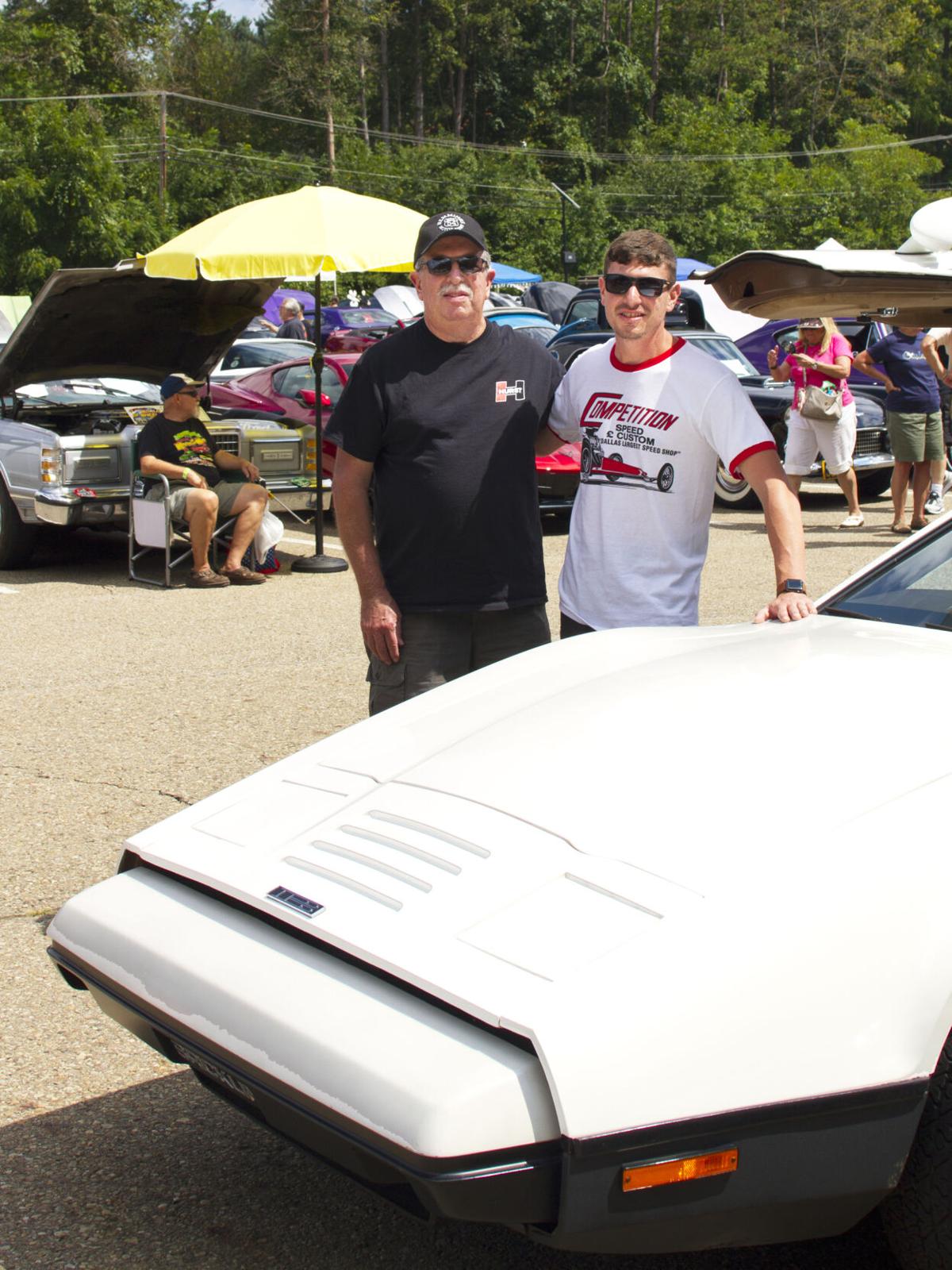 Bill Kozel Sr. and Jr. with their 1974 Bricklin 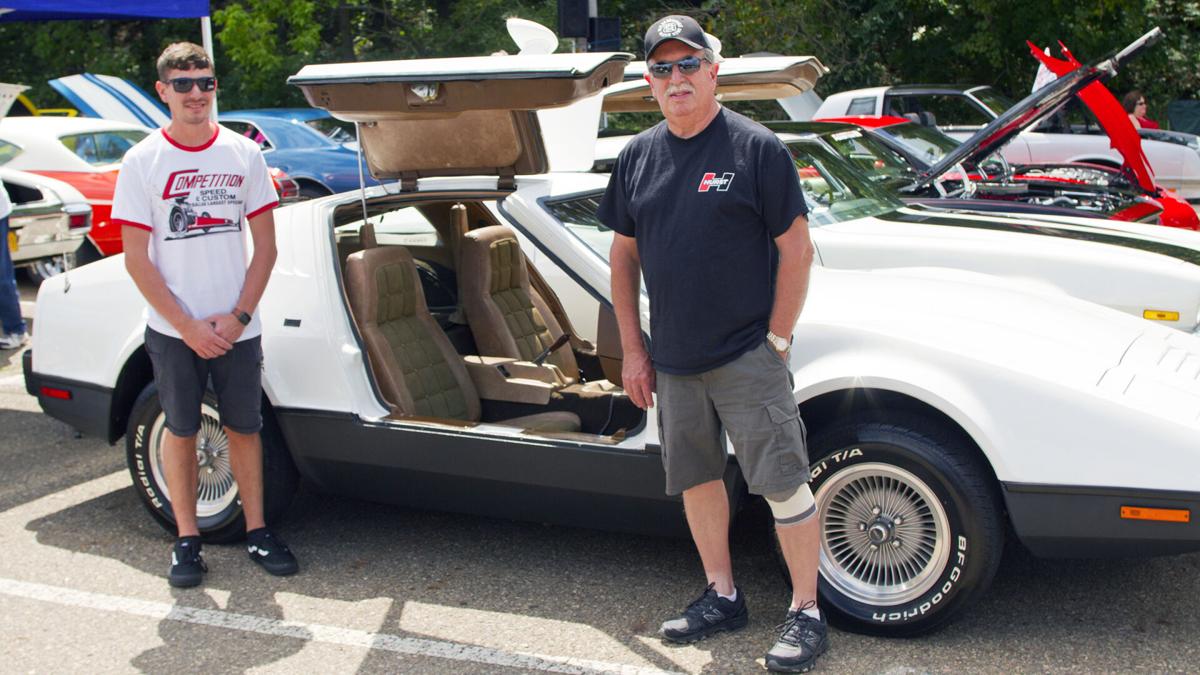 The “gullwing” doors of the 1974 Bricklin owned by Bill Kozel, pictured with son Bill Jr., often have it mistaken for a DeLorean, which started production the following year. 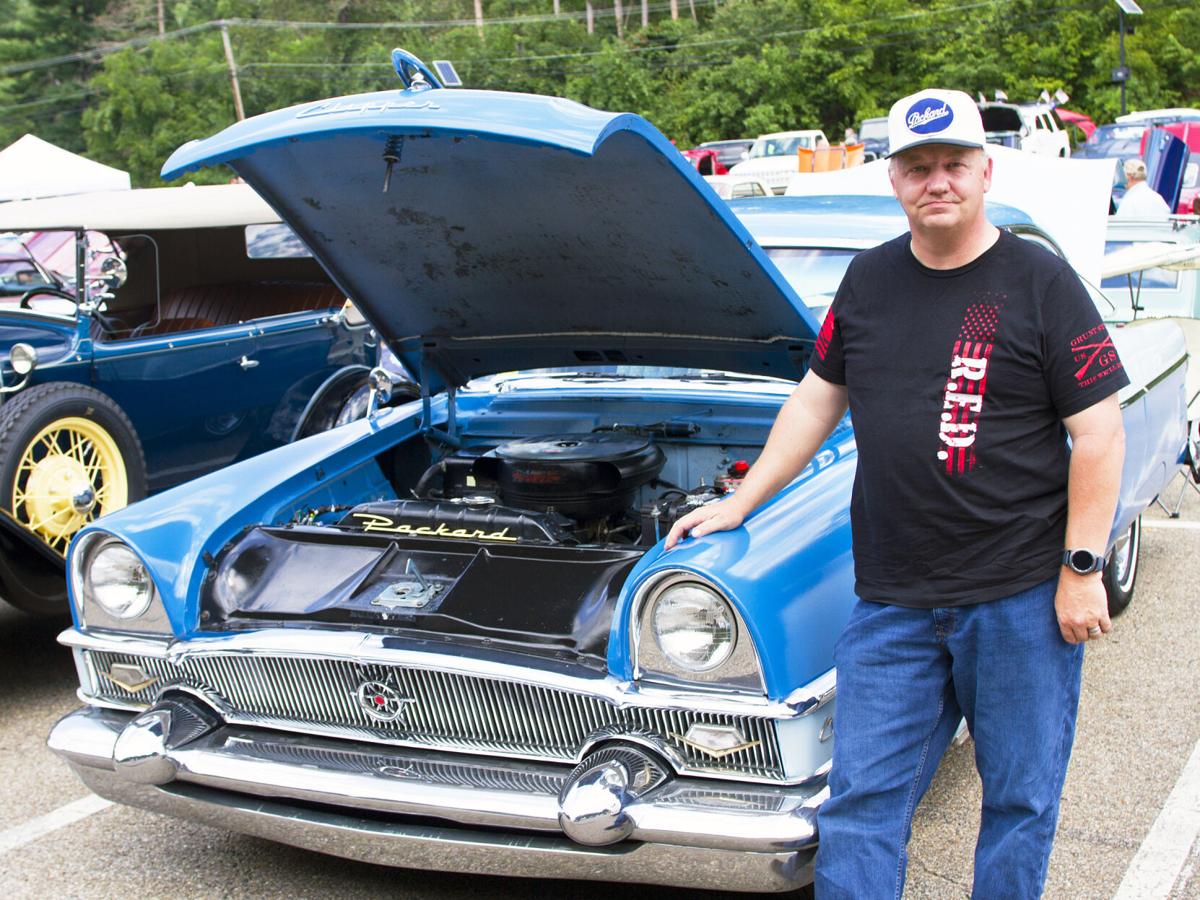 Brian Weir of Monogahela with his 1955 Packard Clipper 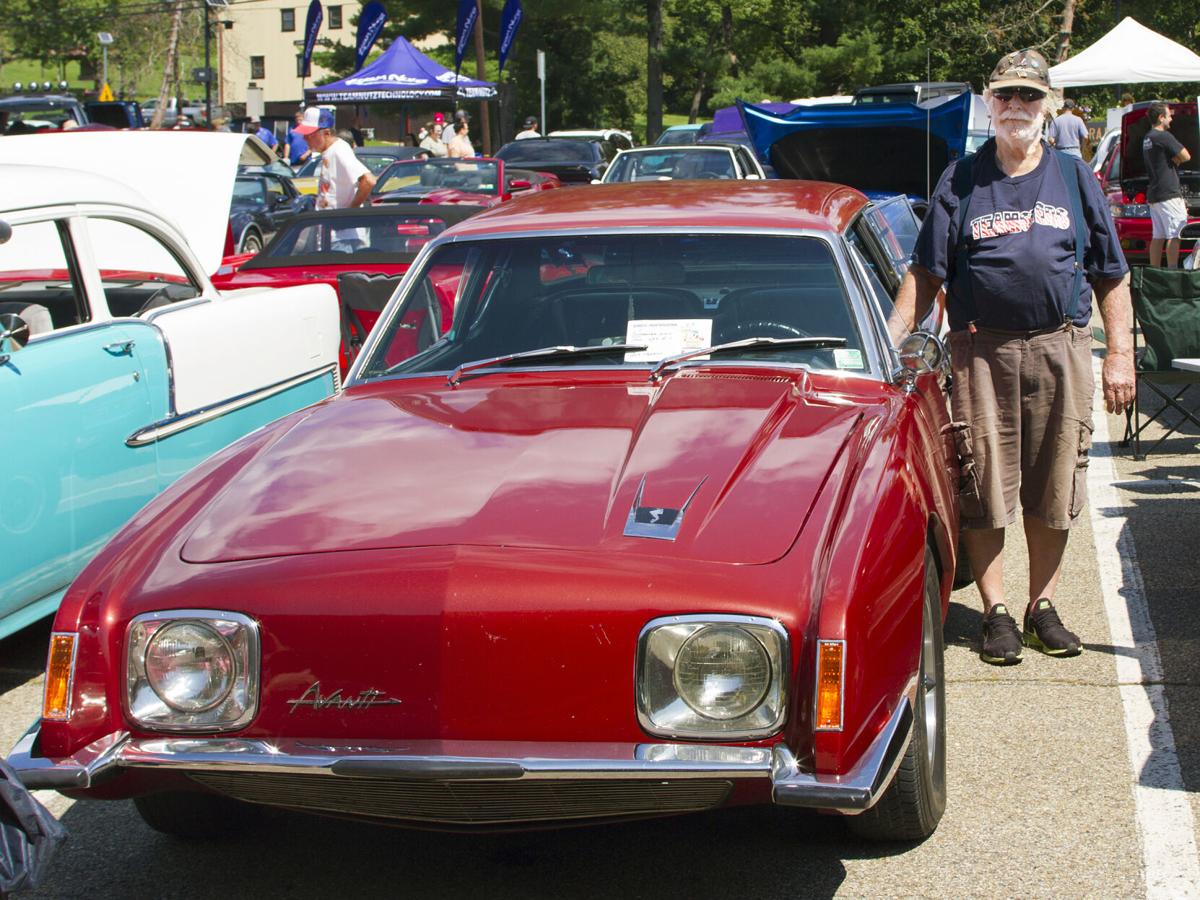 Bob Kearns with his 1964 Studebaker Avanti 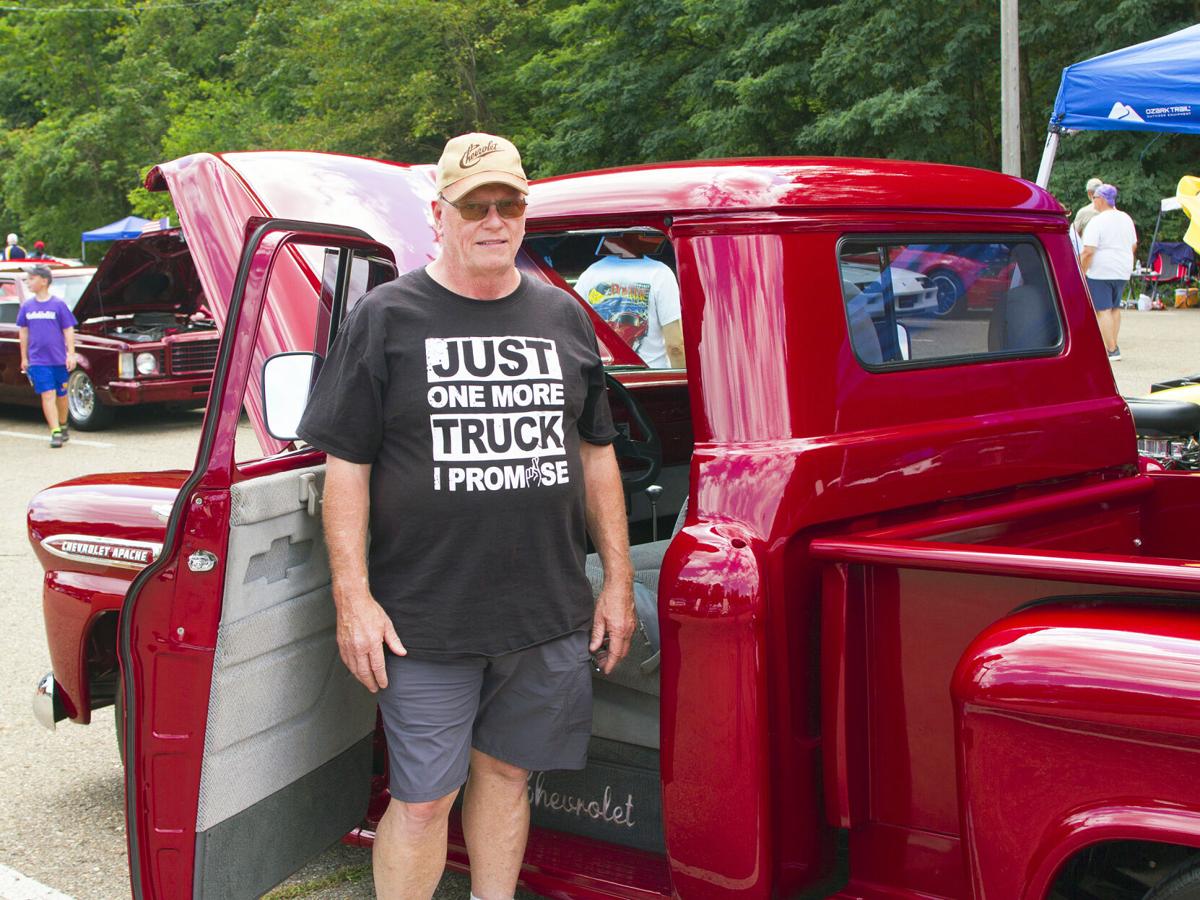 Ray Roland with his 1959 Chevrolet Apache 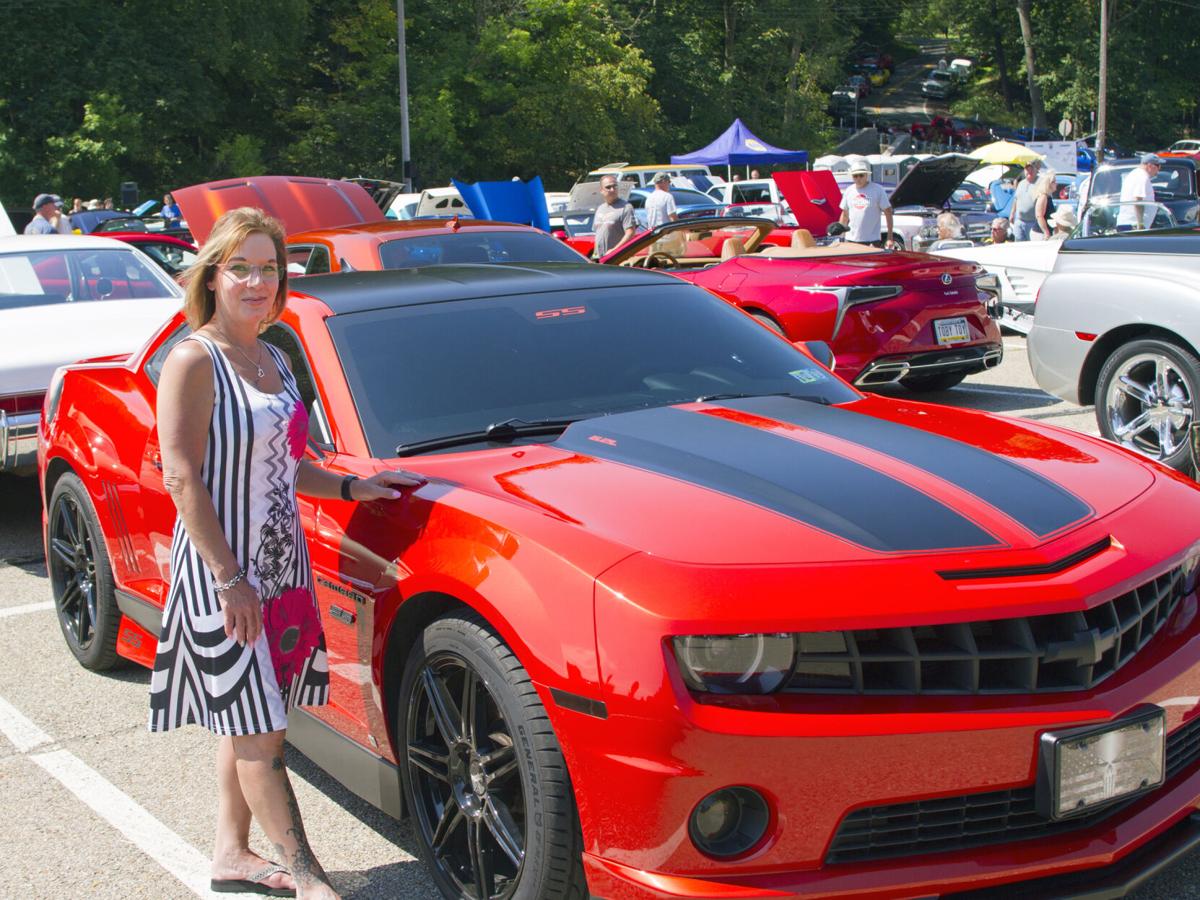 Kim Pfeiffer and her husband, Brian, of Brookline brought their 2010 Camaro to the cruise. 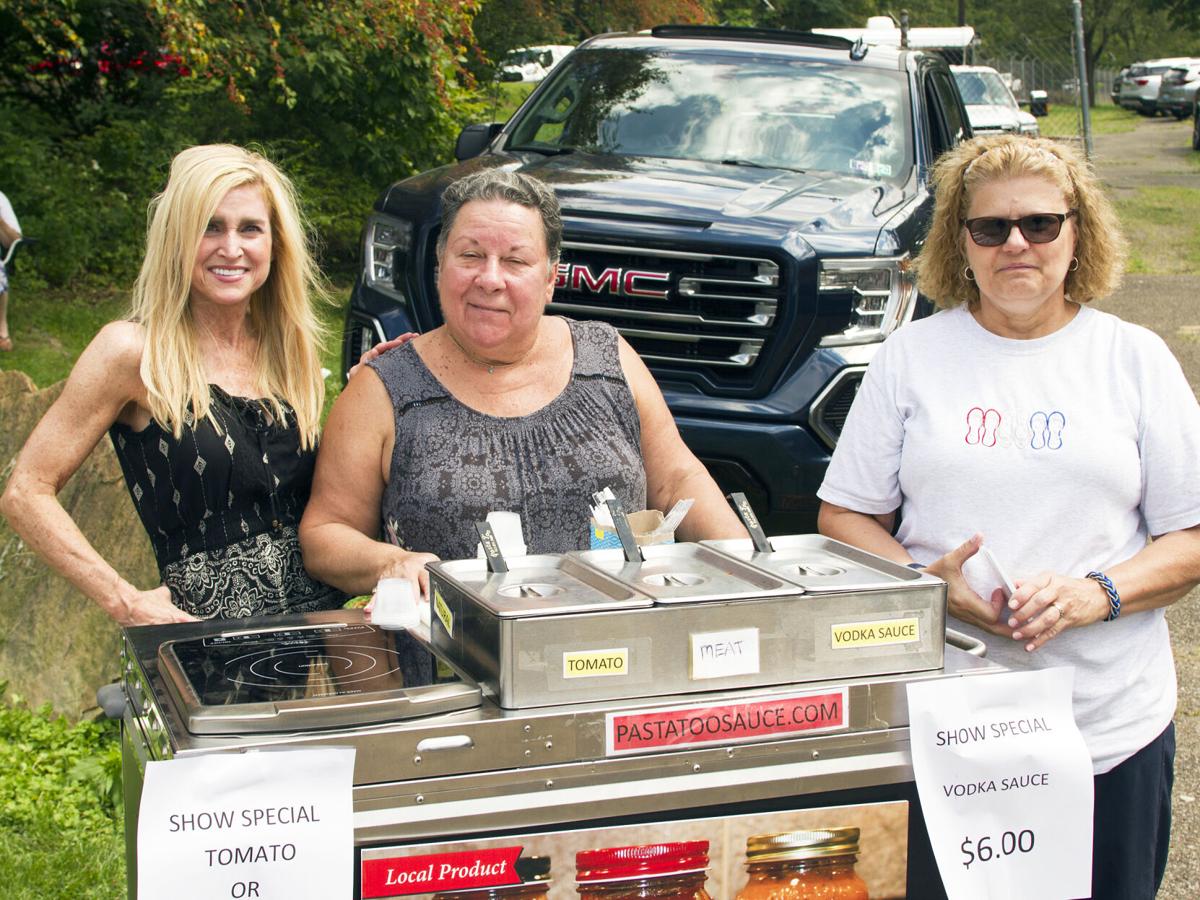 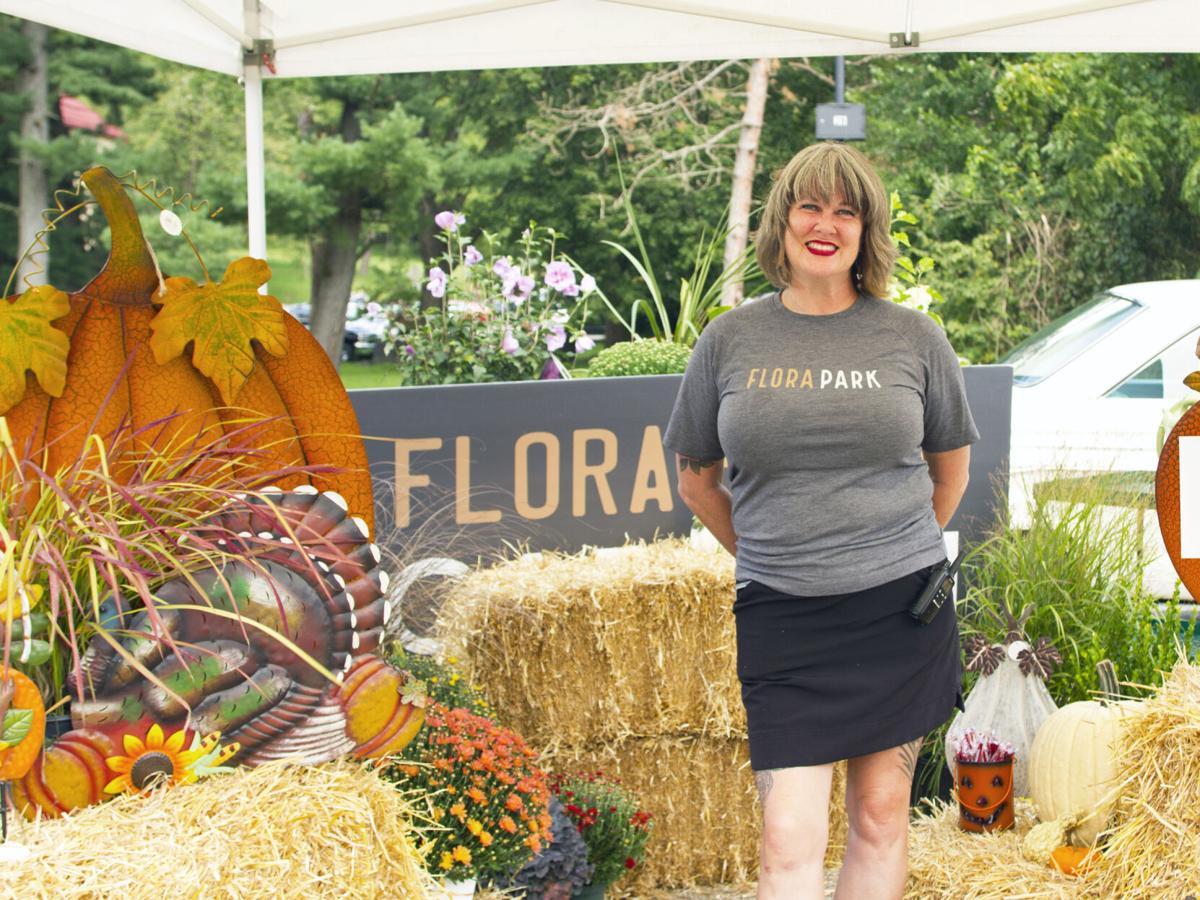 Among the vendors at the cruise is Flora Park Garden Center, located next to the site of the show and represented by Else Franzmann. 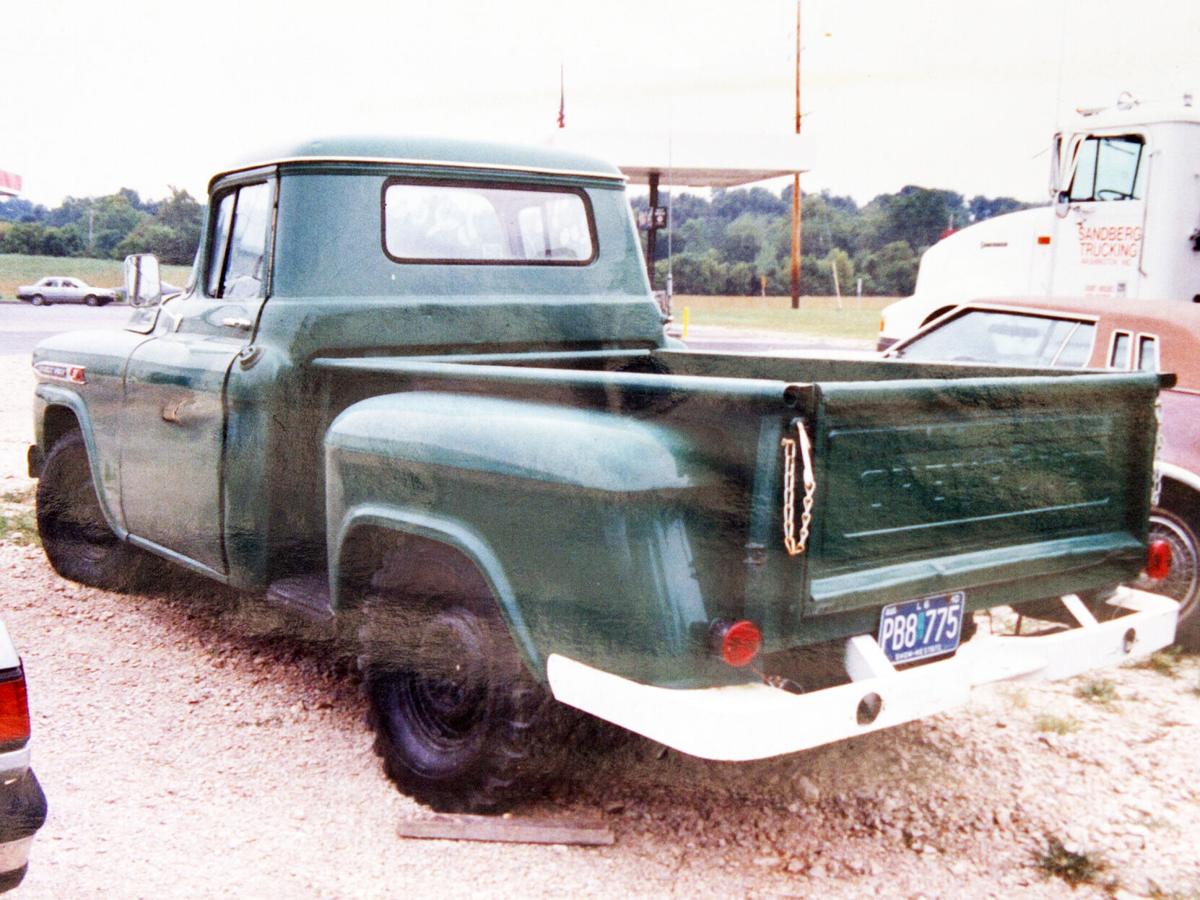 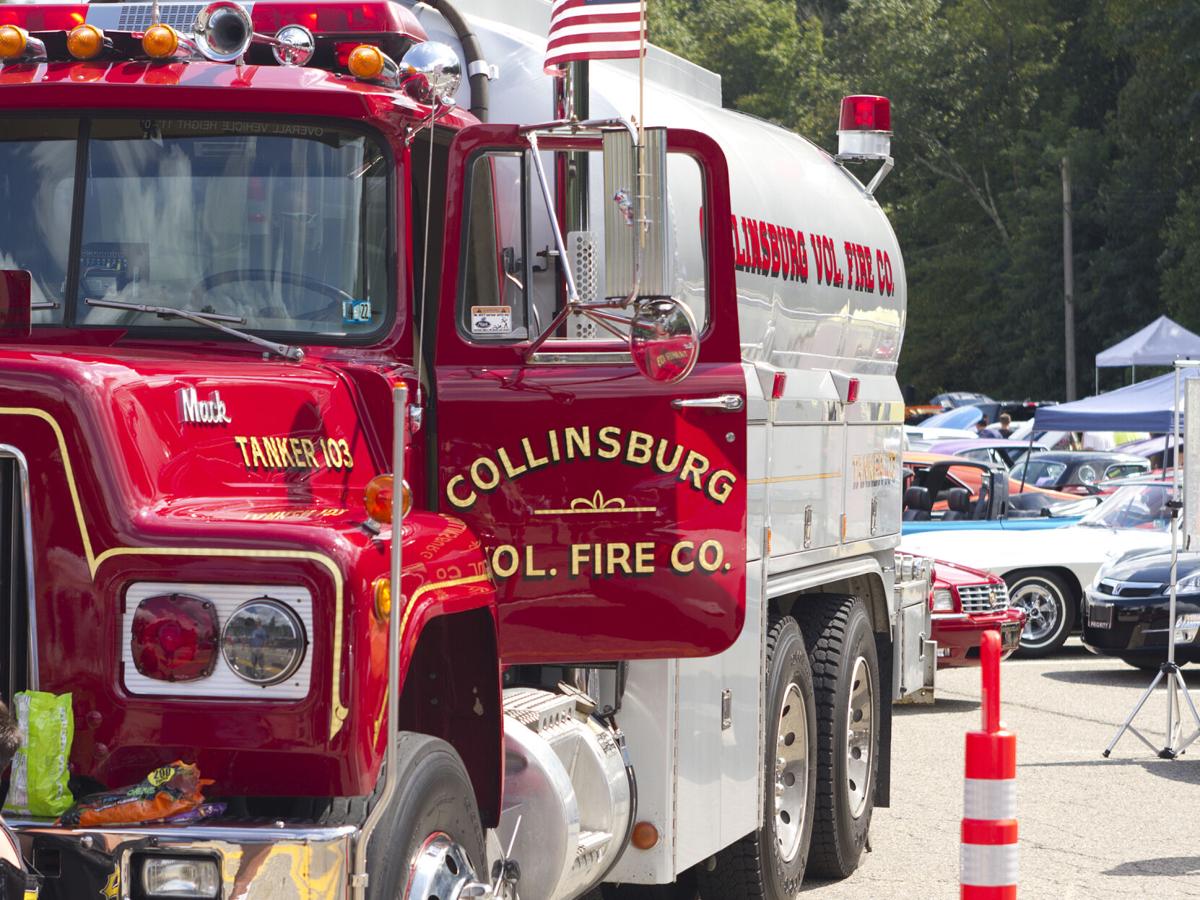 A Mack tanker from Rostraver Township sits prominently among other vehicles at the cruise. 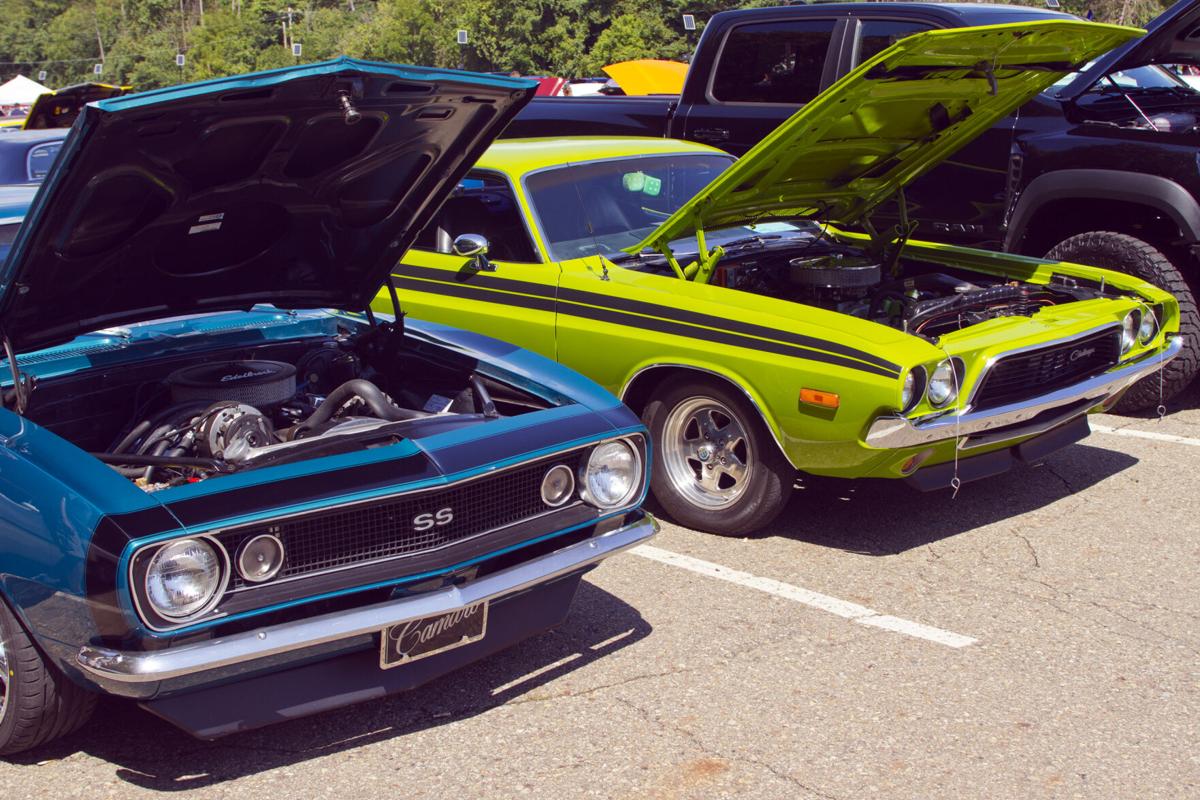 Examples of the American "muscle car" era featured at the cruise include a 1967 Chevrolet Camaro and 1972 Dodge Challenger. 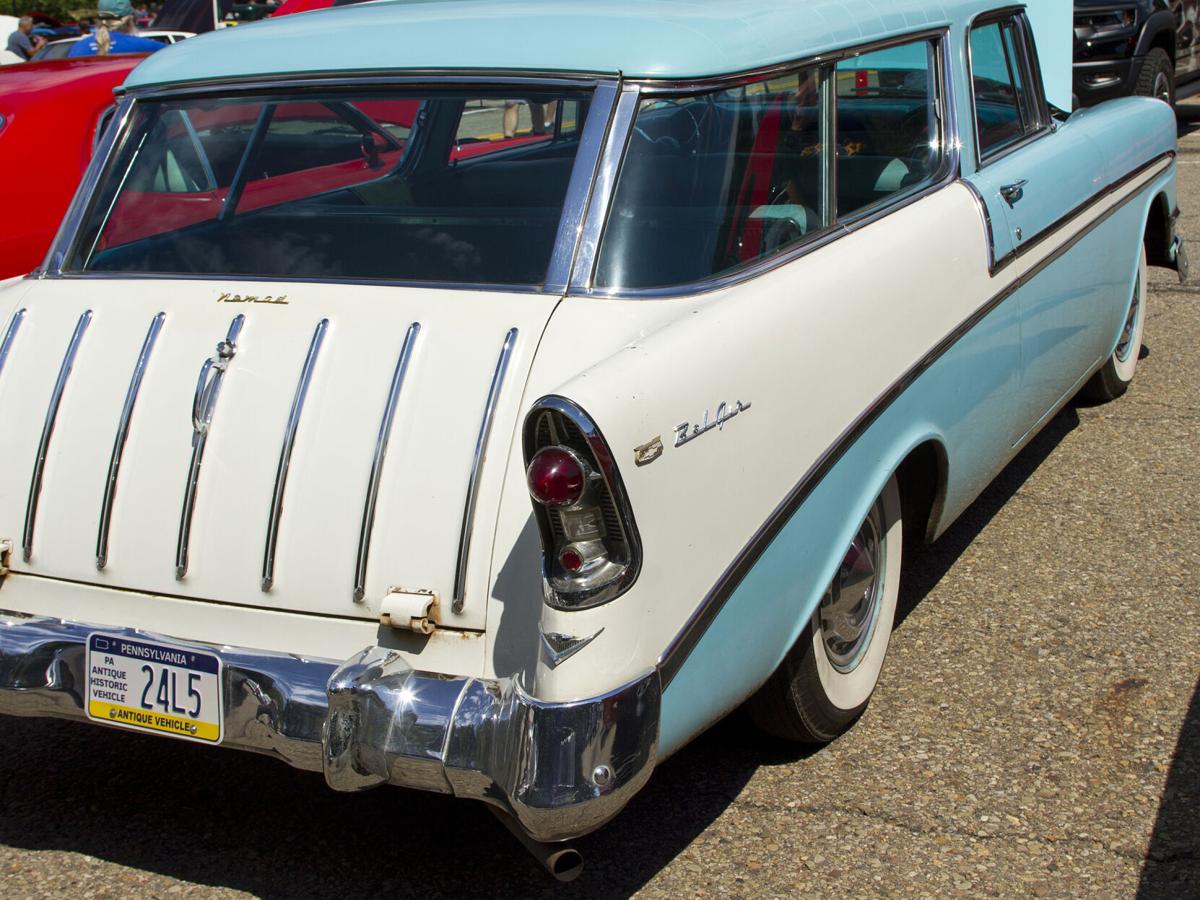 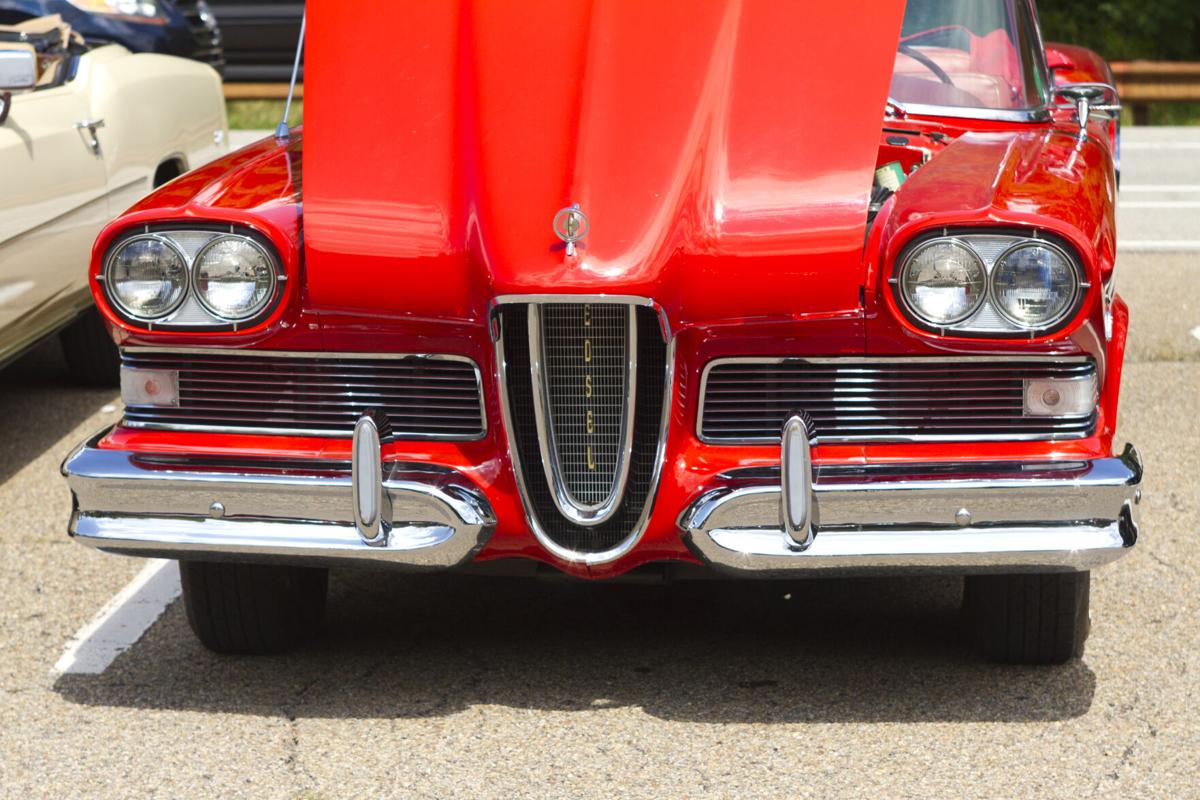 Ford Motor Co. built the Edsel Corsair, the next-to-highest trim level available within the not-so-popular Edsel brand, for 1958 and 1959. 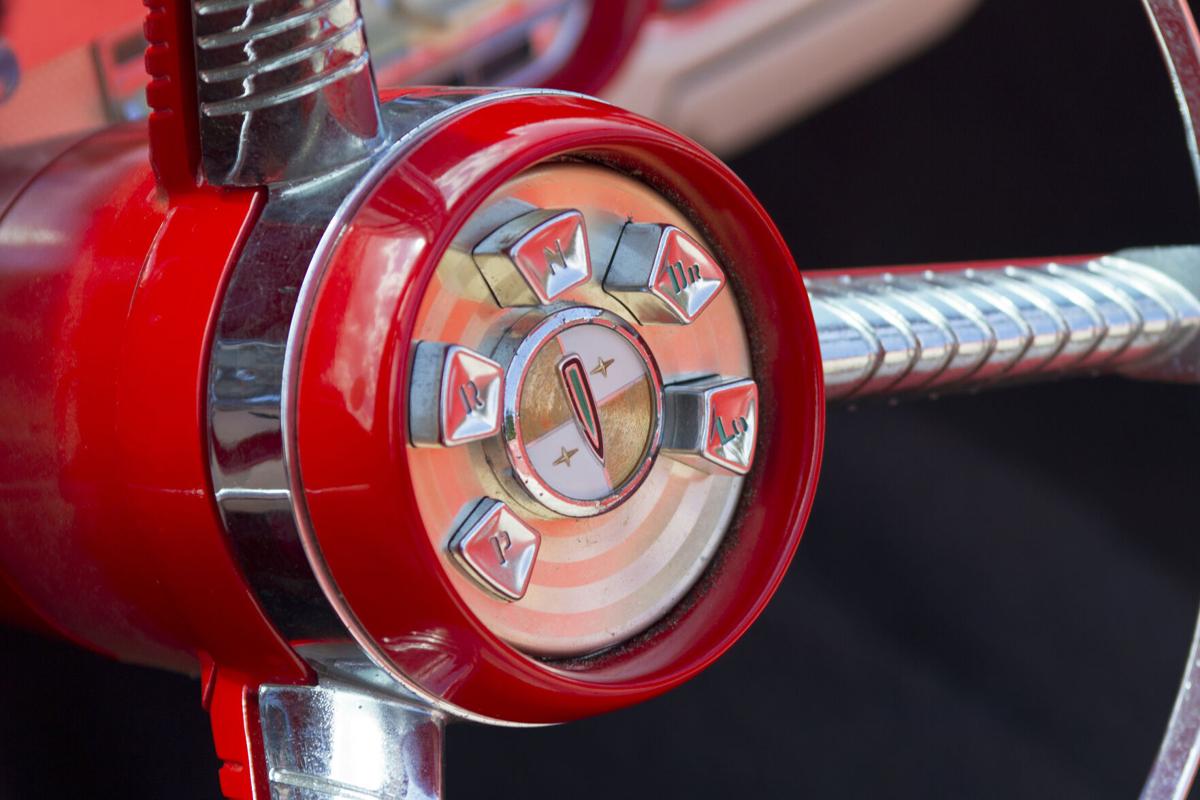 Edsels feature a "Teletouch" automatic transmission push-button shifter in the middle of the steering wheel. 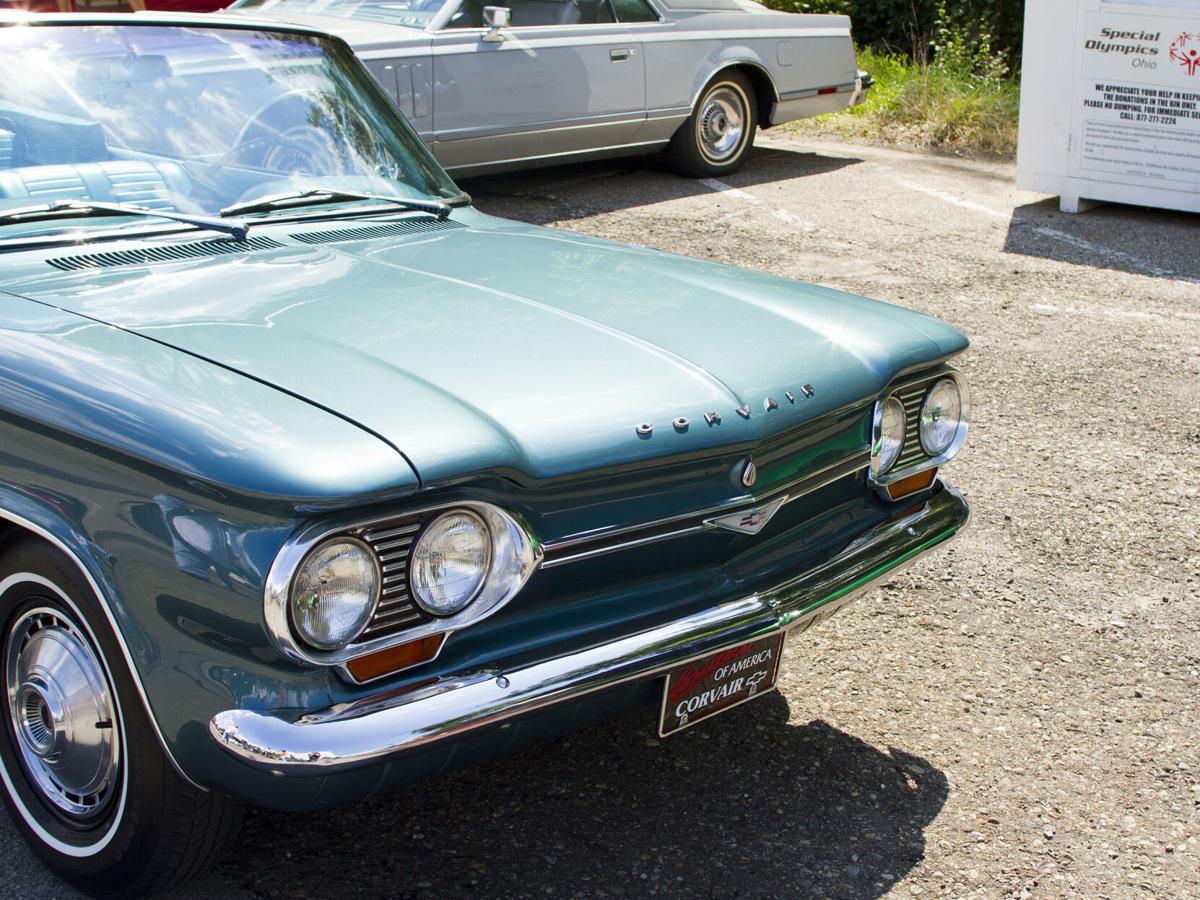 The rear-engine Chevrolet Corvair continues to be popular among collectors 52 years after it last was manufactured. Production of the Corvair dropped signficantly after Ralph Nader singled out the model in his book "Unsafe At Any Speed." 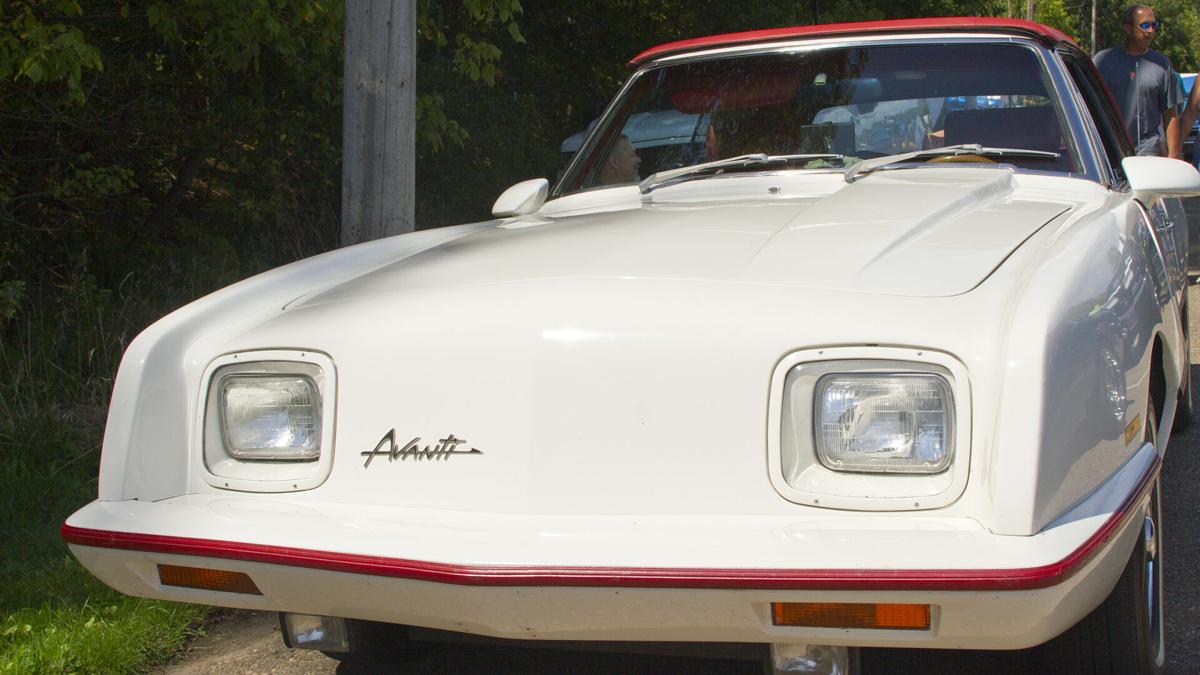 After Studebaker discontinued its Avanti model after 1964, cars of similar design were manufactured as Avanti II into the 21st century.

Among the vendors at the cruise is Flora Park Garden Center, located next to the site of the show and represented by Else Franzmann.

A Mack tanker from Rostraver Township sits prominently among other vehicles at the cruise.

Examples of the American "muscle car" era featured at the cruise include a 1967 Chevrolet Camaro and 1972 Dodge Challenger.

Ford Motor Co. built the Edsel Corsair, the next-to-highest trim level available within the not-so-popular Edsel brand, for 1958 and 1959.

Edsels feature a "Teletouch" automatic transmission push-button shifter in the middle of the steering wheel.

The rear-engine Chevrolet Corvair continues to be popular among collectors 52 years after it last was manufactured. Production of the Corvair dropped signficantly after Ralph Nader singled out the model in his book "Unsafe At Any Speed."

After Studebaker discontinued its Avanti model after 1964, cars of similar design were manufactured as Avanti II into the 21st century.

An early memory for Bethel Park resident Paul Wetzel is helping his mechanic brother work on a car.

“He had a ’55 Chevy. I helped him put a 307 in it,” he said, referencing a popular small-block, high-performance Chevrolet engine. “He took the six-cylinder out. I was like eight, nine years old.”

When Dennis Wetzel passed away, he left another Chevy to his younger brother, a pristine 1968 El Camino that Paul had on display among the veritable sea of shiny vehicles at the 11th annual Rev ’Em Up for Kids Mega Car Cruise Event.

“He cherished it. The day he bought it, he took it out for a ride and came home. He went out after dinner to tinker with it, and there was moisture all over it,” Paul reported, because of precipitation. “From that day on, there have been two fans blowing on it.”

Dennis was the original owner, and at this point, the odometer reads only about 35,000 miles.

“He always told me it was mine, but there were a lot of restrictions: Don’t do this. Don’t do that. And I’d always tease him: ‘I’m going to put a cap on it. I’m going to jack it up really high.’ Oh, he’d have a fit,” Paul recalled. “I’m keeping true to his word.”

For those who aren’t familiar, Chevrolet built the El Camino through 1987 as a vehicle that looks like a standard automobile in front and a pickup in back.

He was among the vehicle owners who had to wait a day to participate in Rev ’Em Up for Kids, as the event was scheduled for Sept. 5 but postponed because of rain.

The weather cooperated fully on Labor Day, bringing a large crowd of enthusiasts to the expanse of the South Park Ice Skating Rink’s parking lot.

A couple of more Bethel Park residents, Bill Kozel and son Bill Jr., brought one of the event’s most distinctive automobiles: a rare 1974 Bricklin SV1 that Bill Sr. bought new.

“My ex-father-in-law was a dealer, and I was thinking about buying a Corvette at the time,” he recalled. “He came home with a brochure and showed it to me, and I said, ‘That’s pretty cool. It’s going to be one of the first ones made. Maybe I’ll just get one of them.’

“So I ordered a white automatic, and the first car he got was a white four-speed. He said, ‘If you don’t want it, we can wait for another one.’ I said, ‘No, I’ll take it.’ But now I’m glad, because they only made a hundred of them with the four-speed.”

He has maintained the vehicle in as close to its original state as possible.

“We go to some of the club rallies,” he said about gatherings of owners of the Canadian-made cars, “and people are amazed. They’re taking pictures of it because they want to see how certain things were built when it was new.”

And for nearly half a century, folks in general are amazed at seeing the Bricklin, especially when its gullwing-style doors – think DeLorean, only earlier – are open.

“You go for gas, and people stop to talk to you: What is that? What kind of car is that? Is that a Ferrari?” said Bill Sr., who owns Kozel Auto Parts on South Park Road. “They don’t know.”

Brian Weir of Monongahela knew all about his 1955 Packard Clipper for years before he purchased it this spring.

“The gentleman who owned the vehicle, he and his wife, bought it from a collector in Carlisle,” he said. “When they bought it, their thought was that they were going to take it out and go to car shows.”

Health issues, though, made that type of activity difficult.

“So it sat in his garage for, I think, five or six years,” Weir said. “I had actually stopped in and talked to him about it once before. We saw his garage open and it was sitting in there.”

That was the case again when he passed by the garage during Monongahela’s Fleatique on the Mon, and this time the Packard had a for-sale sign on its license plate frame.

“So I went in and talked to him about it, and we shook hands that day. And he had a check by the end of the week,” Weir said. “This is my very first classic car. She’s an original car, numbers matching engine. The interior is original. Everything on it’s original. It has less than 15,000 original miles on it.”

He and his late father were car enthusiasts, and as such knew Packard once was on par with the likes of Cadillac as an American luxury marque.

“She’s just an old creampuff we like to take out and take to car shows,” Weir said about his Clipper, which came out just after the Packard Motor Car Co.’s merger with the Studebaker Corp. of South Bend, Ind.

As it turned out, the last Packard rolled off the assembly line in 1958 and the final Studebaker eight years later. But the latter manufacturer managed to come out with a blockbuster of a model for 1963: the high-performance, futuristically designed Avanti.

“In ’63, I was working in Ashtabula, Ohio, and right across the street was Molded Fiber Glass. And they made the bodies,” said Bob Kearns of Munhall about the distinctive material used for Avantis.

“I told my wife, ‘I’ll have one someday.’ So I kept looking and looking, and I finally found this one,” he said about the 1964 Avanti he drove to Rev ’Em Up for Kids.

Kearns bought the car in Ellwood City nearly half a century ago and keeps it looking good by taking the lead of plenty of other classic-car owners.

“It stays in the garage most of the time,” Kearns said.

His Studebaker is from the make’s final model year for Avanti production, and likewise, Ray Roland’s 1959 Chevrolet Apache marks the end of the line for Chevy’s Task Force series of pickup trucks.

For seven years, the White Oak resident and his son worked on restoring the truck, finishing in 1998.

“We were looking for a ’63 Impala,” Roland said about the venerable Chevrolet model. “We almost made a deal on one, and I didn’t, and he was a little mad at me. So I was out on a business trip, and I happened to see this sitting alongside a gas station. That was in St. Louis. I bought it and flatbedded it home, and started tearing it apart.”

At that point, the truck pretty much had remained the same during the previous three-plus decades.

“I took it for one little ride and decided that I wanted to not make it original, because they weren’t very comfortable to drive,” he said.

And so the restoration project included the installation of air conditioning, power brakes, power steering and an automatic transmission to replace the stock three-speed with the gearshift on the steering wheel column.

“They used to stick between gears all the time,” Roland recalled.

Now that it’s easier to drive, he enjoys taking it to shows like Rev ’Em Up for Kids. Organized by “Smoky and the Bandit”-era Trans Am owner Jim Gastgeb and presented by Pasta Too Italian Restaurant, the raises money toward providing quality recreational facilities and programming in Bethel Park.