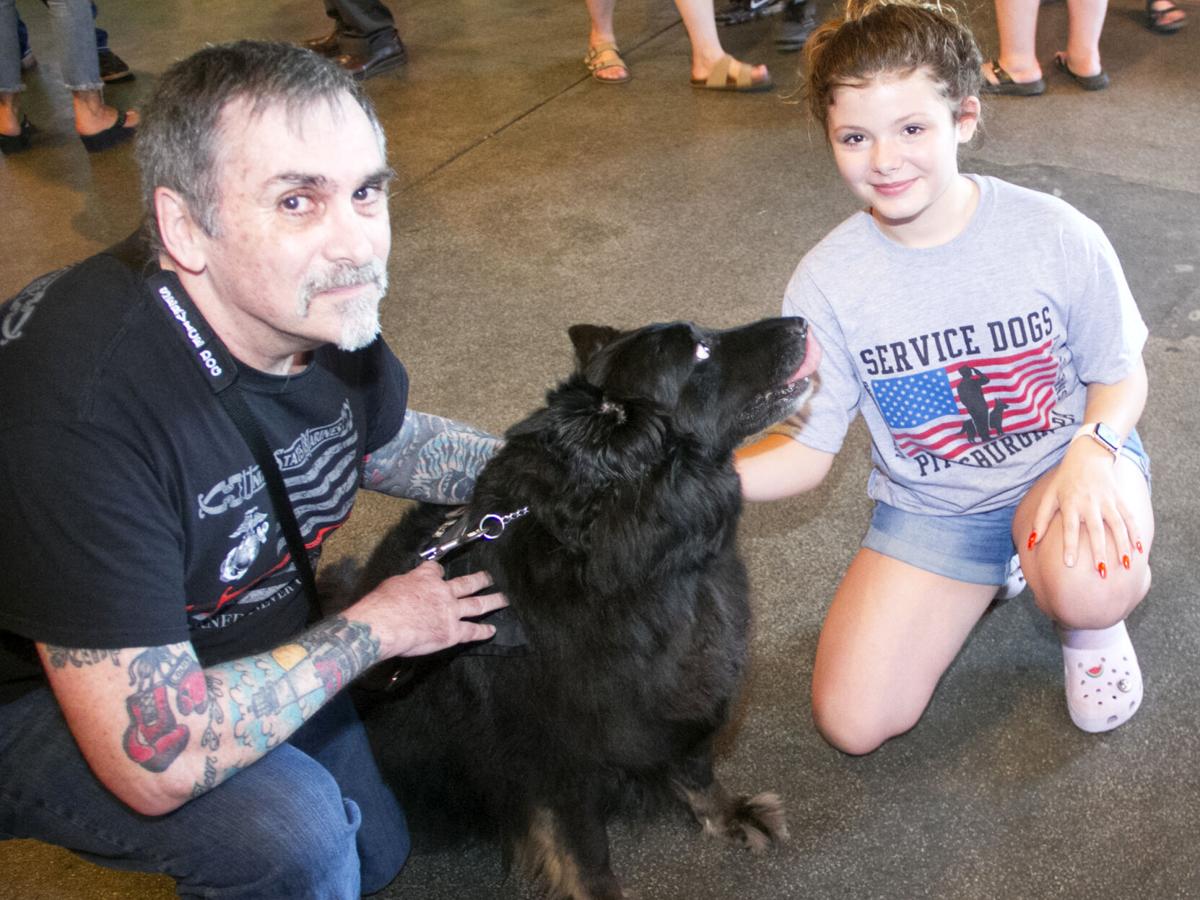 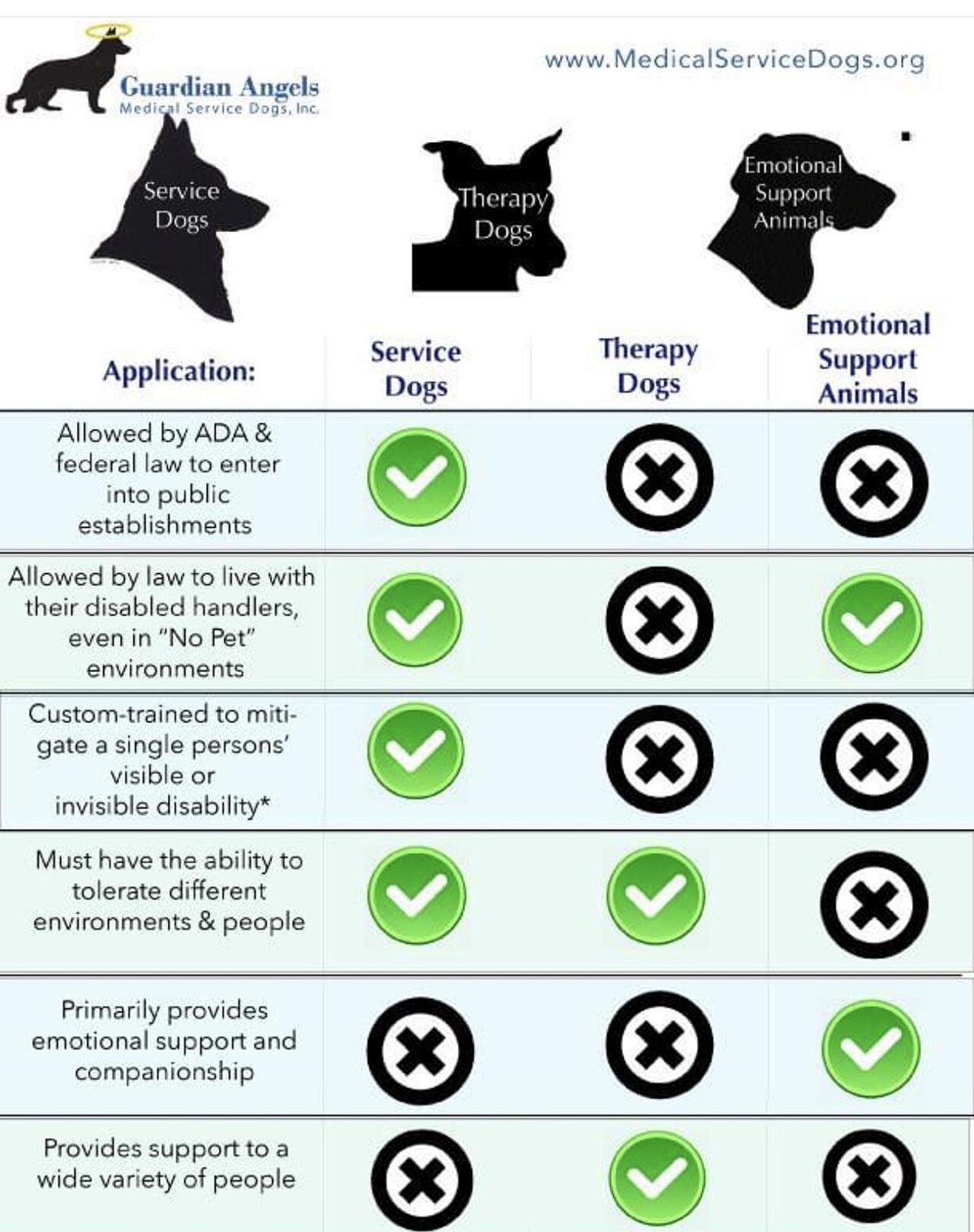 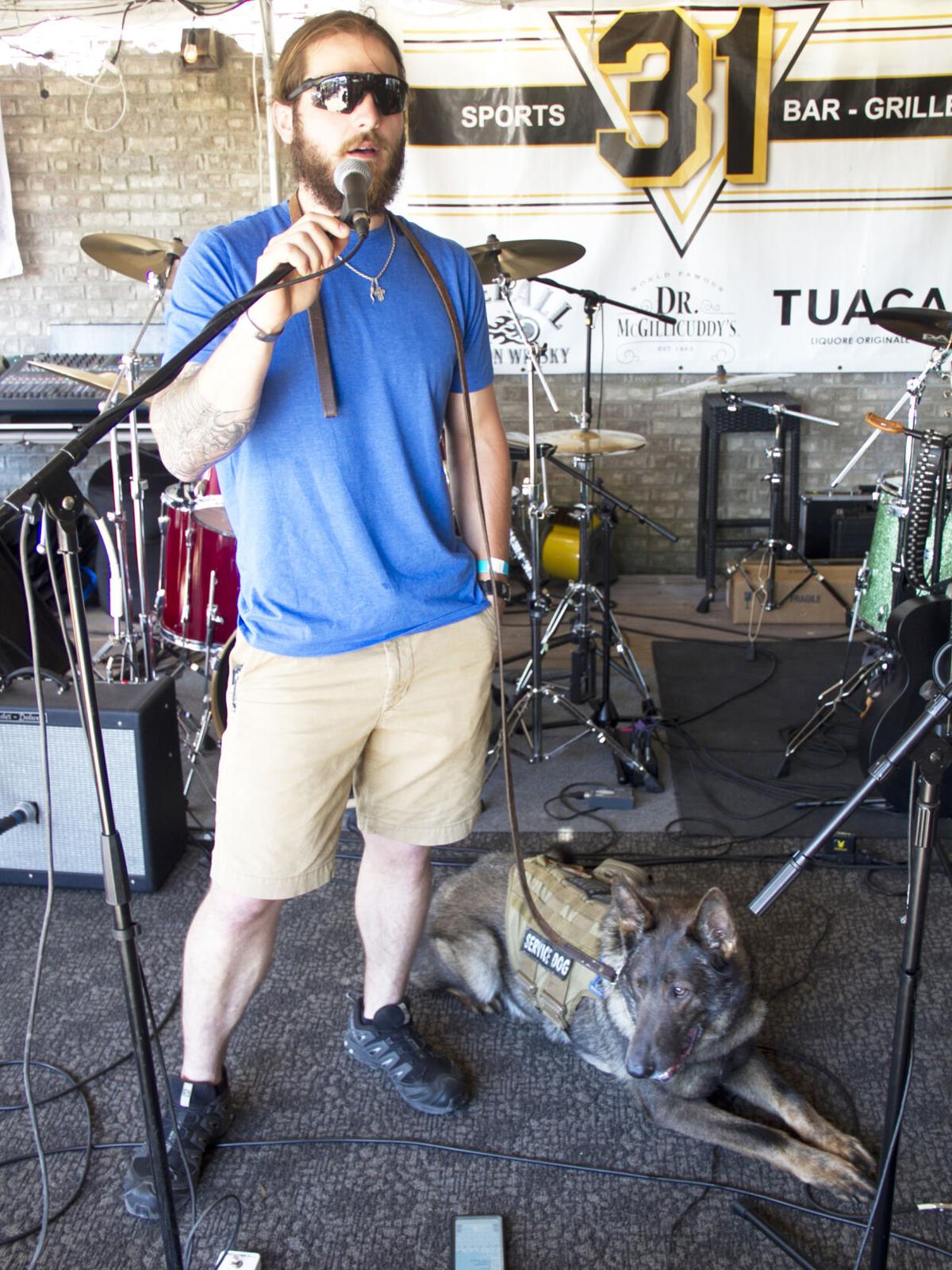 In the context of the federal Americans With Disabilities Act, “no” doesn’t necessarily mean no.

To help her cope with symptoms associated with her post-traumatic stress disorder, U.S. Army veteran Debbie Ritchey has a service dog, which she was quick to point out that she didn’t name, called Navy.

Navy accompanies Ritchey wherever she goes, including going on bargain hunts at flea markets. At one such venue, a security guard approached the pair with some disheartening news.

“He said that dogs weren’t allowed there, and that there were no exceptions,” Ritchey said. “The security guard had threatened to remove me from the property. He called for backup and said that they were going to remove me.”

She tried to explain that provisions of the ADA gave Navy every right to stay, and she called the local police department to see if someone could provide enlightenment on applicable law.

“The police came and told me that I needed to leave, and that she was not permitted to be there,” Ritchey said. “There were signs everywhere and that I should know better, basically. So I left.”

The Americans With Disabilities Act has been on the books since 1990. Yet the general grasp of the landmark civil-rights legislation tends to remain elusive.

“I started my business 30 years ago as an ADA consultant, and I naively believed, oh, I’m going to be out of business soon because everybody is going to get this, and it’s going to be wonderful,” Joan Stein recalled. “Well, not.”

The president of Stein Consulting LLC explained the federal law basically applies to any areas that are open to the public, including businesses of all sizes, from the corner pizza shop to Walmart.

“From the physical plant side, you’re obligated to remove barriers that are readily achievable. And it doesn’t matter when your facility was built,” she said. “From the policy and procedure side, the non-‘bricks and sticks,’ it is against the law to discriminate against someone based on their disability.”

The ADA considers a disability to be a mental or physical condition that limits at least one major life activity. On the mental side, PTSD afflicts millions of military veterans, and a growing number of them are retaining service dogs to help give them the wherewithal to carry out what needs to be accomplished.

“They perform one or more tasks for the person, and as such, they are permitted to go anywhere the person goes,” Stein said.

She differentiated between service animals – miniature horses can qualify, in addition to dogs – and pets for emotional support. Under the ADA, most public places have no obligation to provide for the latter.

That doesn’t stop some people on pushing the boundaries.

“One woman literally brought her 450-pound Vietnamese pot-bellied pig on the airplane,” Stein said. “People would bring peacocks into businesses. One guy brought a boa constrictor.”

‘I could have been rude’

But when Mt. Lebanon veteran Craig Hodgkins attempted to take his service dog to – of all places – a pet-grooming business, he ran into problems.

“I called up a place to let them know I was coming by and had a service dog. I said, ‘I can turn her over to you, but I need to keep her in my sight. She needs to see me. I need to see her,’” he recalled.

Hodgkins was told that would not be possible.

“No, we don’t do that,” he recalled being told. “That’s against our insurance. You drop your dog off. You go. You come back later.”

Hodgkins tried to explain the law.

“I could have been rude, crude. But what I tried to do was educate a little bit. I even gave them a phone number to call if they had any questions,” he said. “I left my phone number, if they wanted to call me back. I never got a call.”

Overall, though, he reported having mainly positive dog-related experiences, including one when he was rushed to St. Clair Hospital with internal bleeding.

“They put Foxy on the gurney, me on the gurney and wheeled us down to get my CT scan,” Hodgkins said. “The technician took Foxy, held onto her, asked me what she should say, what she should do. I told her exactly what to do. Foxy could almost see me off in the distance. She knew I was in the other room.”

‘They look down on you’

Among other veterans who consider their dogs as their best friends is Connor Green, who counts on Bradley to get him through PTSD-related challenges he has faced since his discharge from the U.S. Army in 2014.

“As much as I know we all love and we’re really fortunate to have our service dogs, it would also be nice at times to just be almost invisible with them for a day,” Green said. “I always tell people, if I could throw an invisibility cloak on him at times, that would be great, because we could just be normal with society: not asking questions, not being talked to. Just go about your day.”

Hodgkins said he often has a similar line of thought.

“A lot of people automatically think you’re totally broken, and they look down on you a lot. I do find that to be the case. A bunch of veterans have said the same thing, that you either felt like you’re either a superhero or you’re broken,” he said, reporting he and his dog usually go on walks at 2 or 3 in the morning, “so we have that cloak.”

Helping to pair him with Foxy, Ritchey with Navy and Green with Bradley, and continuing to offer support to everyone involved, is the nonprofit Life Changing Service Dogs for Veterans, of which Bill Jeffcoat serves as president.

“I think it’s more difficult for our female veterans,” he said about their encounters in trying to secure access. “First of all, ‘Are you a veteran? Why do you have this dog?’ It’s unfortunate that there are many women veterans who face this challenge, and they don’t get the respect and the knowledge from the civilians that this is a veteran with a service dog.”

‘You have to wait in line again’

For example, he fielded out-of-state calls from Ritchey when she ran into problems in traveling with Navy to visit her father, who was ill at the time.

“I waited in line for three hours to get my rental car, and when I got up there, they told me that no dogs were allowed in cars,” she recalled. “I said, ‘Well, she’s a trained service dog.’ And they said, ‘No, we won’t allow it. We won’t allow the dog in the car.’”

Ritchey decided to call the agency’s corporate office and was assured that she would be able to drive a vehicle. So she returned to the counter.

“They said, ‘We’ll give you a car, but you have to wait in the line again,’” she reported. “I stood there and just cried.”

She eventually received an apology email from the corporation, but her situation exemplifies the type of disconnect that can exist within an organization.

“The CEOs and corporates, they know the law,” Green said. “But the education and dissemination of information down, that’s always going to be an obstacle and challenge.”

One positive at the rental agency was a man from another country who attempted to plead Ritchey’s case to employees.

“The lady obviously has problems because she has a dog. She wouldn’t have a dog if she didn’t have issues,” Ritchey said of the person who tried to assist her.

“He tried to help,” she added. “I thought that was so kind.”

Life Changing Service Dogs for Veterans is a partner of Guardian Angels Medical Service Dogs Inc., a Florida-based nonprofit that is in the process of raising money for a campus to be located in Robinson Township, Washington County.

Guardian Angels advocate Tom Anderson reiterated the importance of offering support with regard to service dogs and the ADA.

“If you see something that’s not right, speak up,” he said. “Don’t let this veteran stand alone, by himself or herself, fighting this battle.”