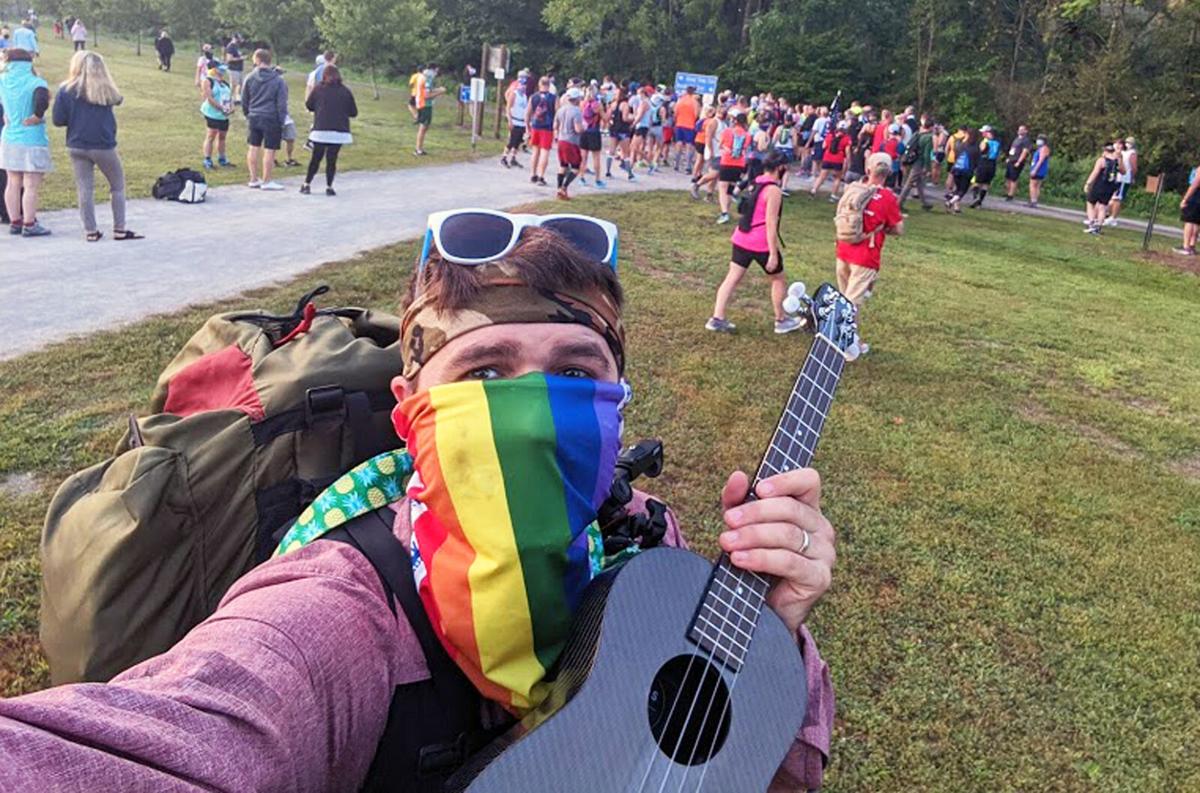 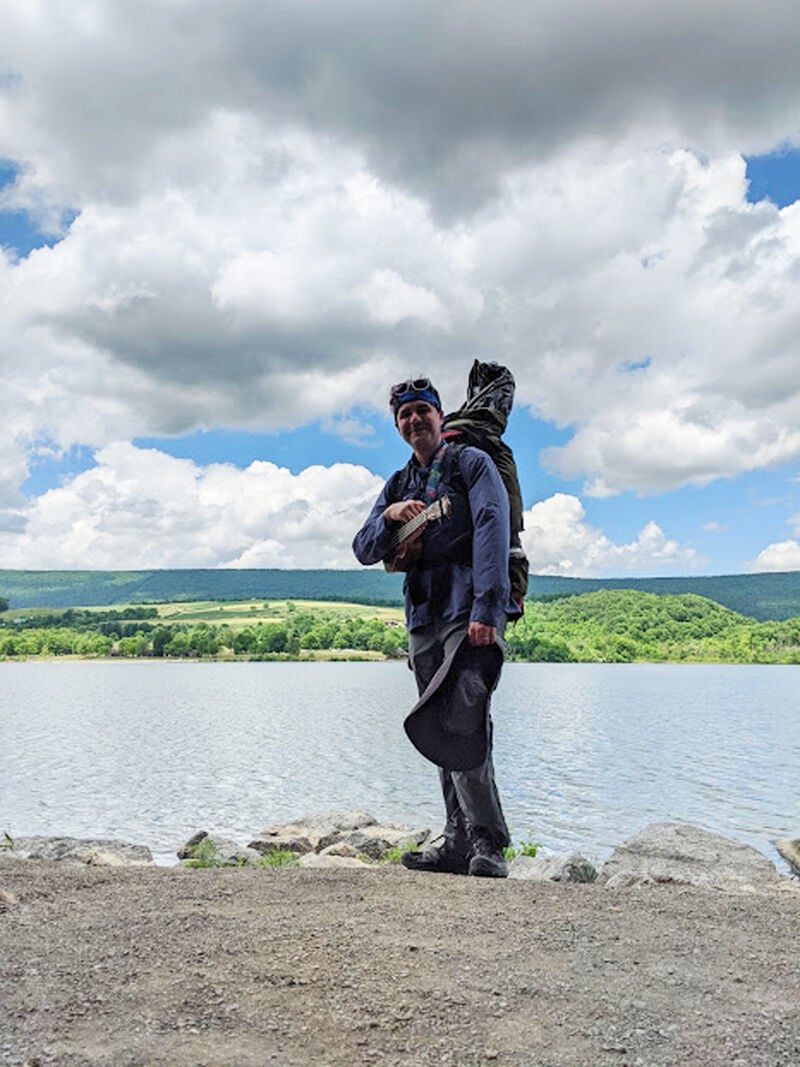 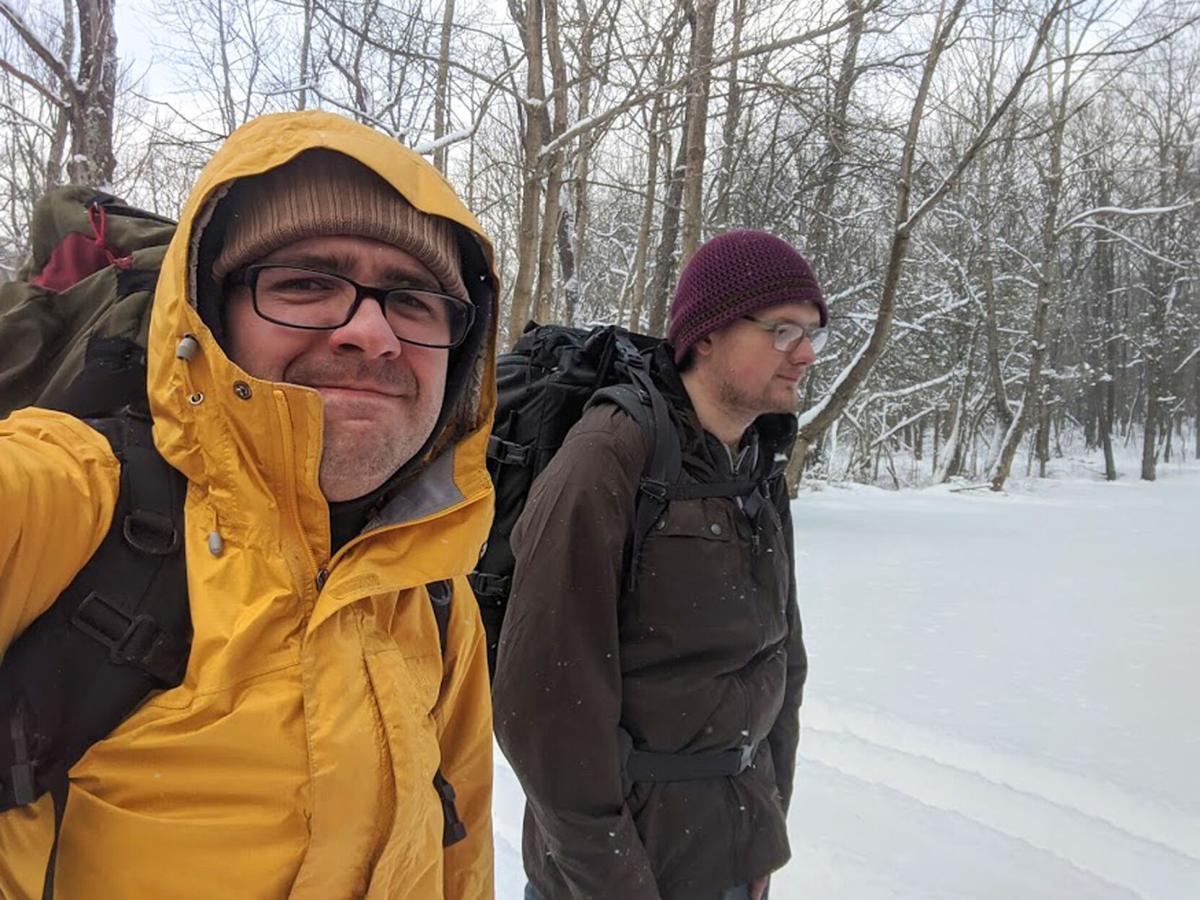 Owen Standley takes a selfie on the 70-mile Laurel Highlands Hiking Trail, which extends from Ohiopyle State Park in Fayette County to Seward in Westmoreland County. 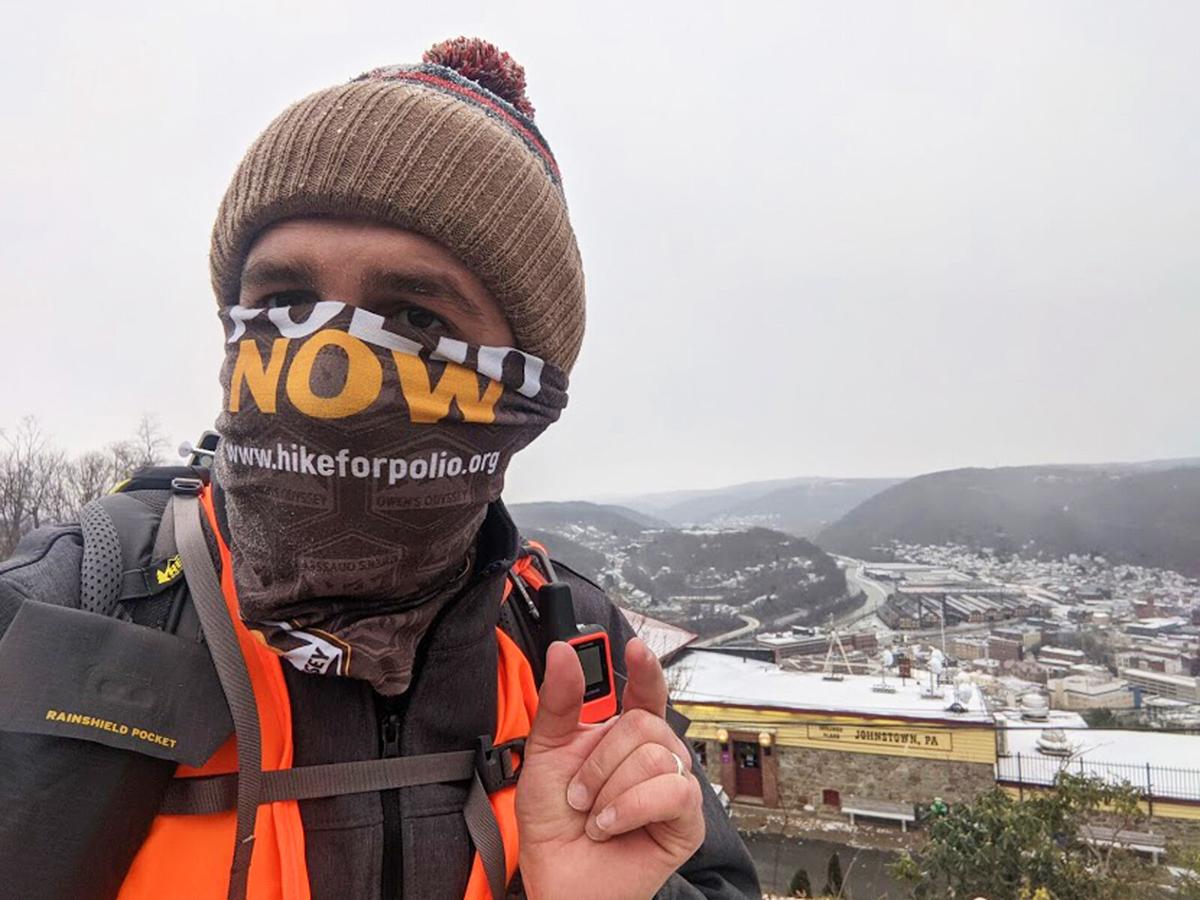 Owen Standley hikes on the Inclined Plane Trails in Johnstown.

Just as the old classic TV shows have premise-explaining theme songs, so does Owen Standley.

This is the story ’bout a guy named O, who wants to see humanity free of polio / In 2021, you can be part of this tale, raising funds as he hikes the Appalachian Trail

Strumming the chords to Paul Henning’s “The Ballad of Jed Clampett” on his carbon-fiber ukulele, Standley regaled members of the McMurray Rotary Club with quite the entertaining introduction to his talk about a serious subject.

“I will attempt to hike the entire Appalachian Trail,” he elaborated. “For those who don’t know, it goes from Georgia to Maine, 2,200 miles, and my goal is to accomplish the entire trail in 100 days.”

And in doing so, he hopes to raise $100,000 for PolioPlus, Rotary International’s nearly four-decade-old campaign to rid the world of the disabling and life-threatening disease poliomyelitis.

Speaking from his home in the Johnstown suburb Ferndale Borough, Standley participated in the McMurray club’s virtual meeting to help spread the word as far as he can about what he calls Owen’s Odyssey, for which he started planning in 2019.

The intervening COVID-19 pandemic, of course, threatened to disrupt the proceedings.

“I was scared that this project was going to be compromised for 2021,” Standley said. “I picked myself up and realized, you know, we don’t have to do it as I originally intended, for five months.

“Most hikers take six to eight months to accomplish that distance, but that’s more of a laissez-faire,” he added. “They’re stopping at every hostel and every mom-and-pop diner, and trying all the milkshakes and all the beers.”

His plan is to start March 9 at Springer Mountain, Ga., and proceed 25 miles per day toward Mount Katahdin, Maine. At that pace, he would complete the trek in less than 100 days.

A member of the Rotary Club of Johnstown Sunset, Standley took finances into consideration when planning for Owen’s Odyssey.

“I won’t be earning a paycheck while I’m out there,” he pointed out, plus he has been purchasing necessary equipment and figuring out what his day-to-day expenses would be on the hike. “I picked up a second job as a waiter at the local Applebee’s, and everything that I make on that job pays for this project.”

He also has been working on logistics.

“I’m trying to communicate with people who are near the trail, to see if they can help me out with ground assistance, with transportation, helping me get to a grocery store, maybe taking me in for the one night so I can get a shower and do some laundry,” he said. “If you know anyone who lives near the trail, I would love to have that conversation.”

Regarding his choice of polio eradication as a cause, Standley was looking for something to make a tangible impact.

“There are still children who are getting sick, and they wake up and are incapable of moving, because polio has taken over their bodies,” he said. “And that doesn’t have to be.”

At this point, polio remains endemic in just two countries, Afghanistan and Pakistan, according to the Polio Global Eradication Initiative. But the public-private partnership, of which Rotary International is a member, warns:

“Until poliovirus transmission is interrupted in these countries, all countries remain at risk of importation of polio, especially vulnerable countries with weak public health and immunization services and travel or trade links to endemic countries.”

One of Standley’s goals is to promote awareness about the importance of worldwide eradication.

“I think that coronavirus is a blessing in that respect, to bring to the general public the importance and severity about how viruses are contracted, how they spread and why polio is still out there,” he said. “Not only can we continue to spread coronavirus, but conceivably, polio can come back to the states. It can go anywhere with one plane ride. And that’s why we have to snuff it out.”

The cost of immunization is 60 cents per person, and through matching funds, a $1 donation means $3 toward the cause. In turn, that means inoculations for five individuals.

During Owen’s Odyssey, Standley plans to post plenty of information, including real-time GPS tracking of his progress and frequent videos from his GoPro camera. And because he’s taking his trusty ukulele, which he calls Miss Elaneous, viewers can expect more music.

Would-be adversaries on the Appalachian Trail can expect to serenaded, too.

“That’s why I’m making very small efforts to learn the entire Nickelback discography, so I can scare away other crazy people or bears,” Standley joked. “Also, carbon fiber,” he said, rapping on the ukulele’s sturdy body. “If need be, this could be a blunt-force object. We shall see.”