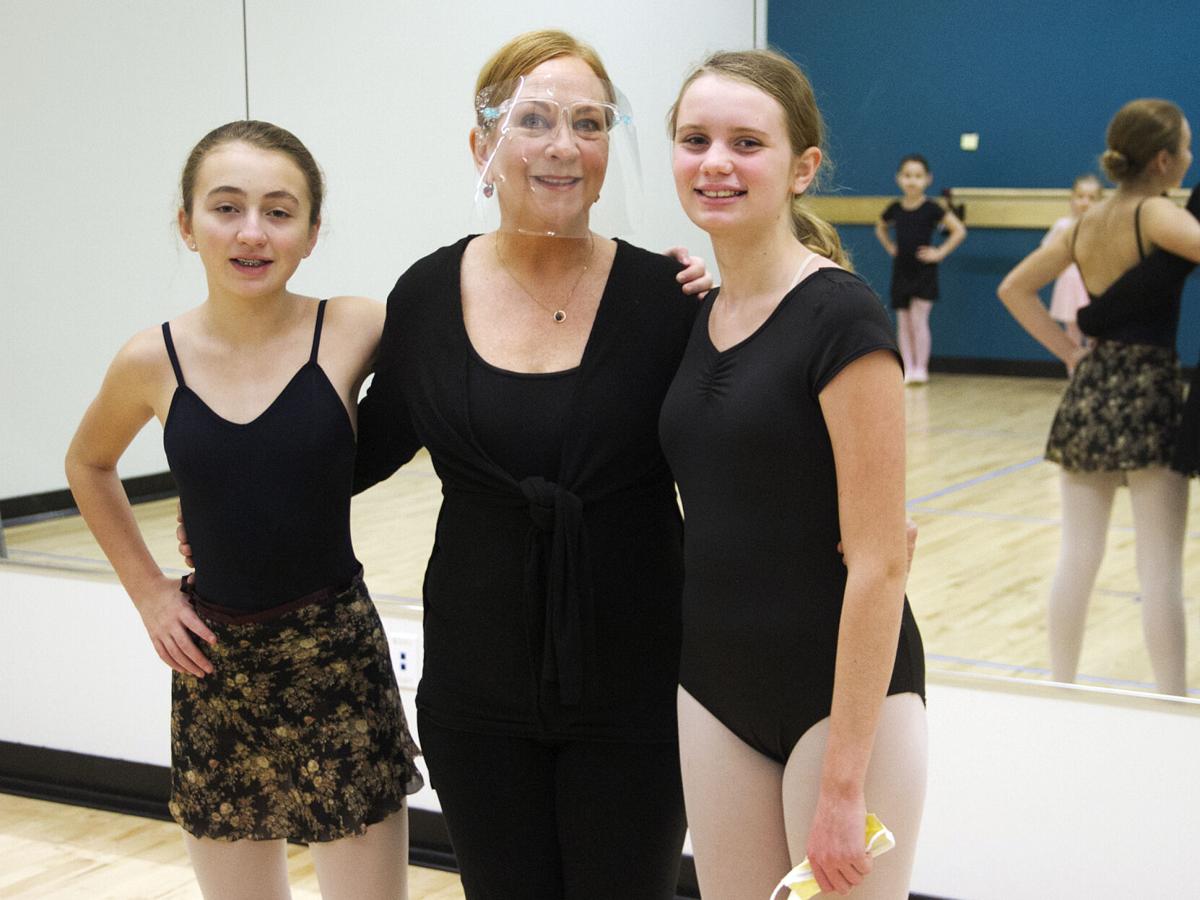 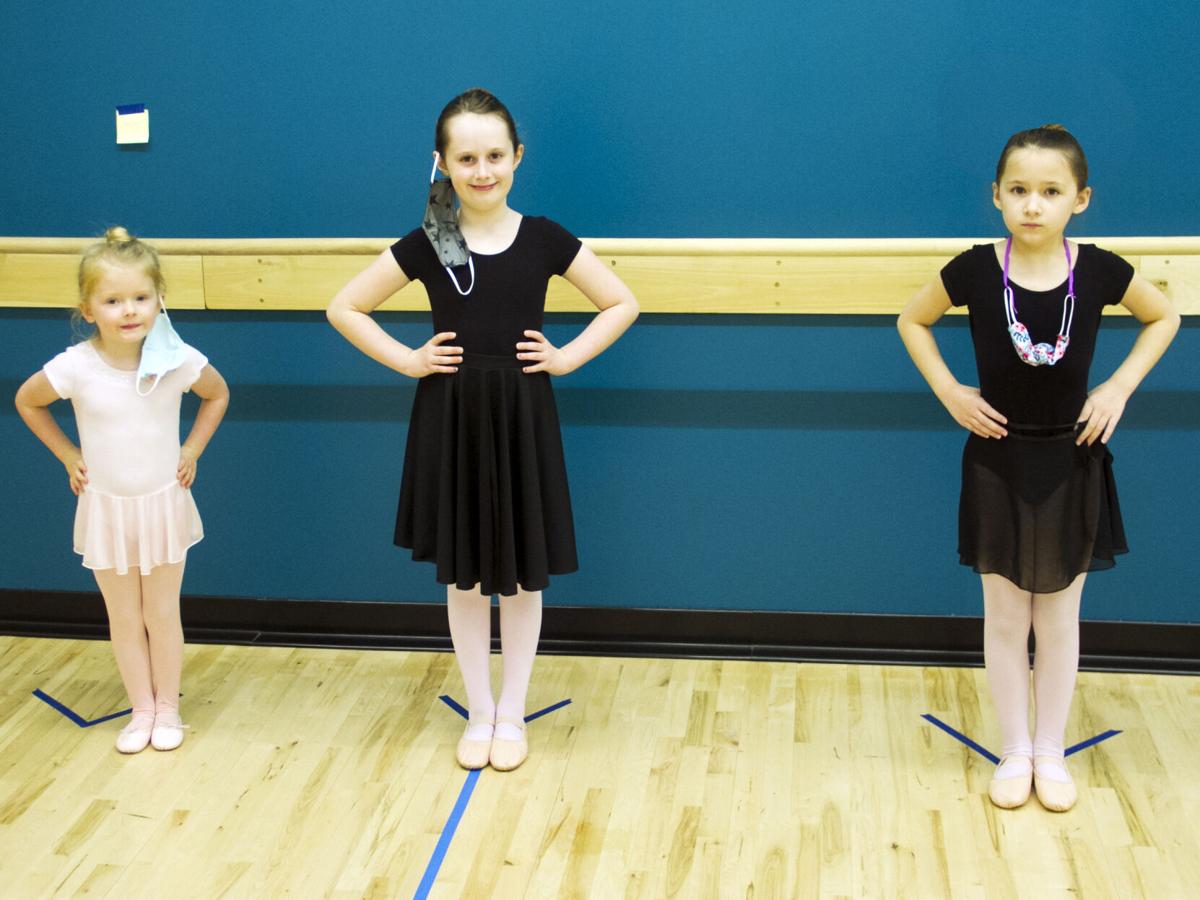 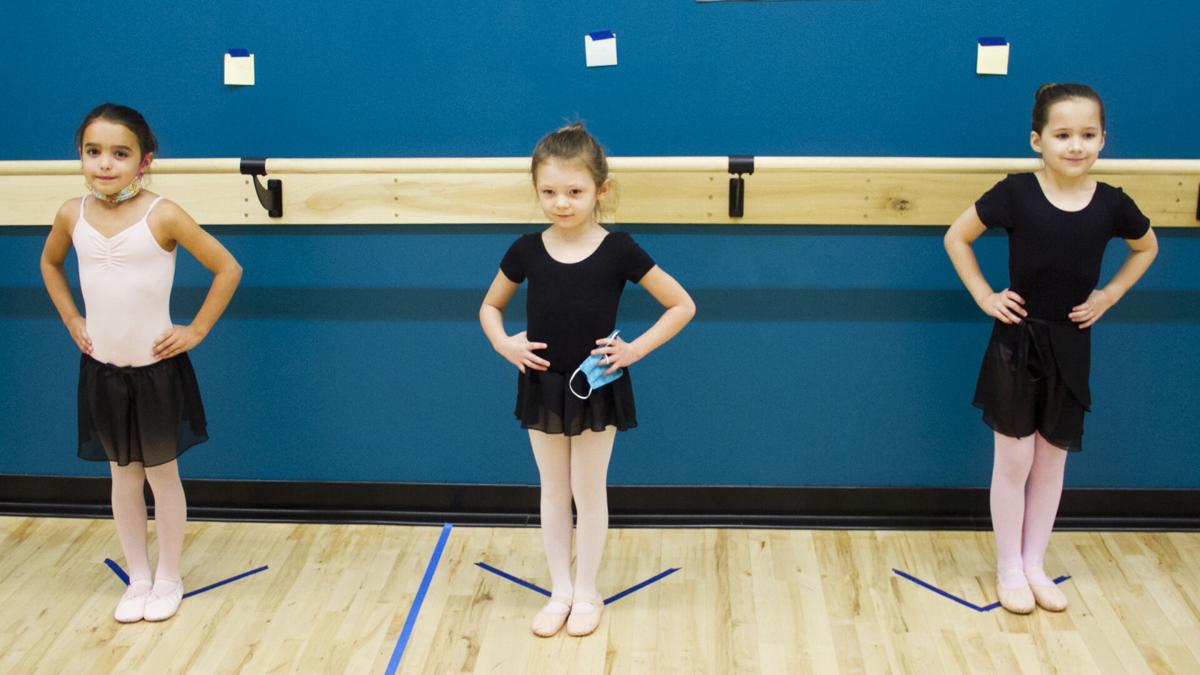 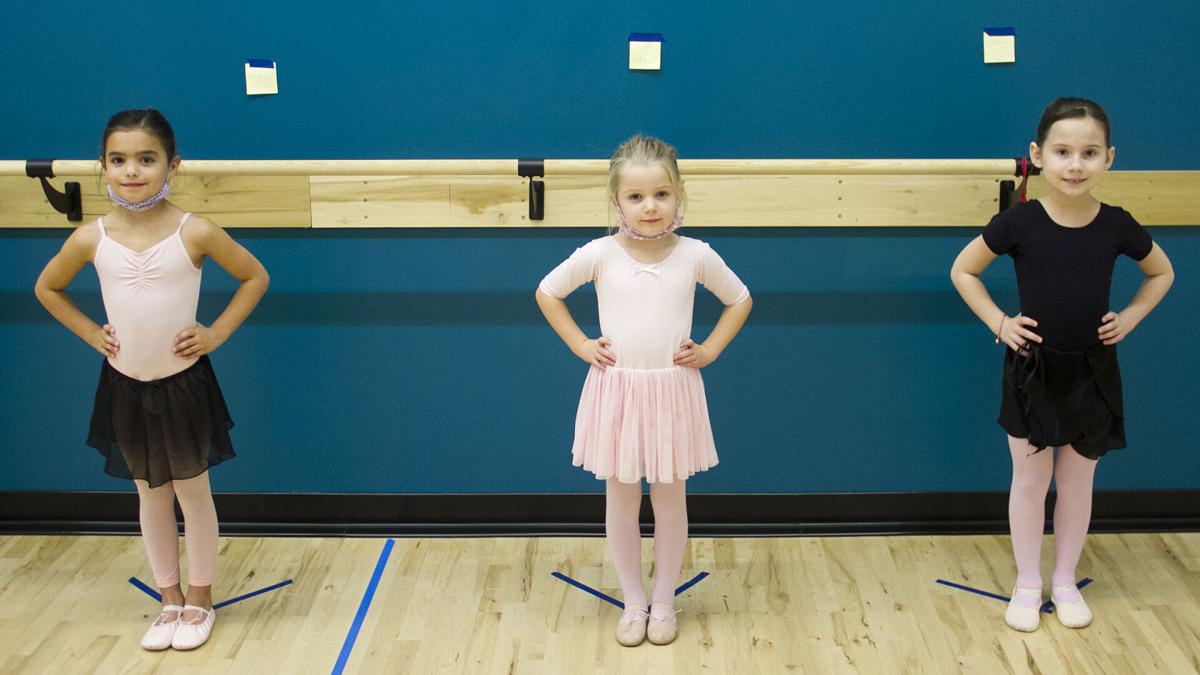 From left are Sailor Lilja, an unidentified student and Lindsey Fitzgerald 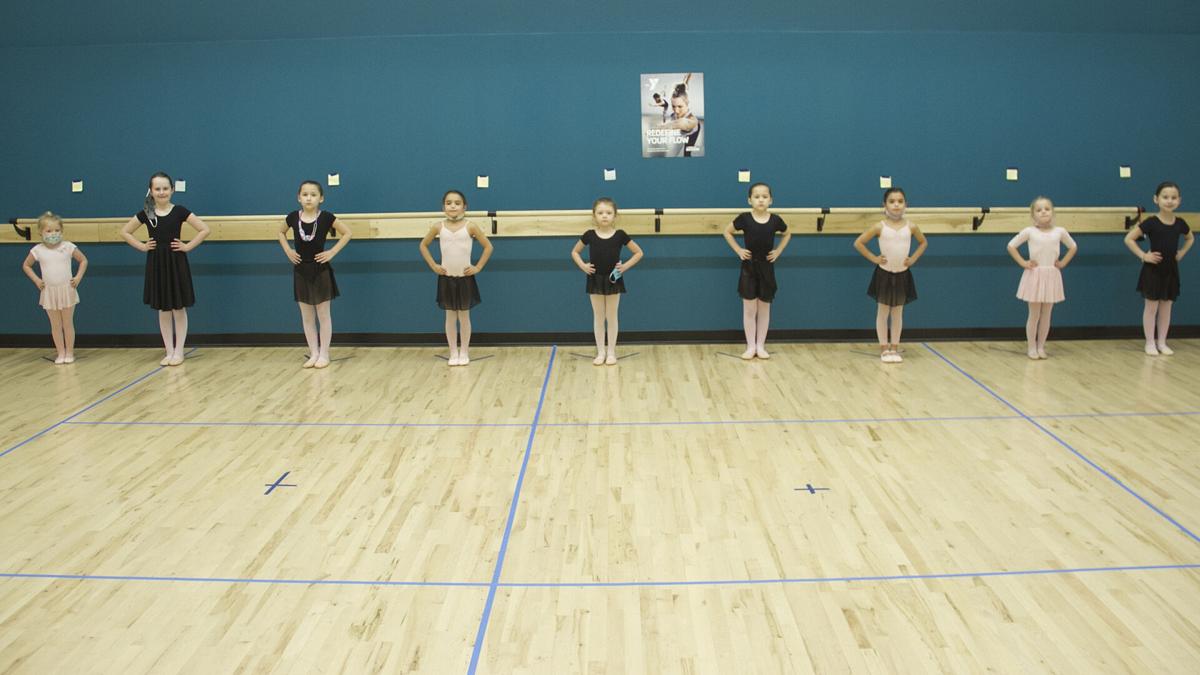 Men Without Hats would be proud of Virginia Nicoll-Hernandez.

The Canadian one-hit wonders gave us “Safety Dance” back in the ’80s. And during the pandemic of 2020, the song’s title is applicable to Nicoll-Hernandez’s ballet classes at the Spencer Family YMCA in Bethel Park.

The classes, for preschoolers through adults, take place in a sizable second-floor room.

“We have it all sectioned off, so everybody has personal space. And the kids have been doing great with how we have it set up,” Nicoll-Hernandez said, including designated spots six feet apart at the lengthy ballet barre.

She is limiting the number of students to nine per class, instead of the usual maximum of 15, and she teaches while wearing a clear face protector, so as to help ensure that her instructions are understood.

“We are making it work, and I feel really confident about it, that we’re being as safe as possible,” she said.

With her ballet program experiencing steady growth prior to the pandemic, Nicoll-Hernandez has been making the best of the situation since COVID-19 forced the temporary closure of the YMCA in March.

At first, she conducted classes online, and she resumed in-person instruction when the Y opened again, employing numerous safety protocols.

“Everything is extremely clean. They clean before I come in, and they clean after I leave. So it’s the cleanest building I’ve ever worked in,” she said.

A lifelong Bethel Park resident, Nicoll-Hernandez owned and operated her own school, Southwest Ballet, for 22 years in Carnegie.

“I started small, and it got bigger and bigger. I had a high school program that was accredited in eight different school districts, and I had kids go to Juilliard,” she said about the world-renowned performing arts conservatory in New York City.

In 2004, though, the Hurricane Ivan flood caused half a million dollars’ worth of damage to her building and the school’s inventory, including custom-made outfits and backdrops painted by artists from Carnegie Mellon University.

“I kept the building open until 2014, and then I finally did sell,” Nicoll-Hernandez said.

A few years later, she contacted the YMCA of Greater Pittsburgh about starting a ballet program at what then was the Y’s new location in Bethel Park. One of the program’s highlights was an annual performance by the students, but of course that was canceled for 2020.

With a new year and hopes for a healthier environment on the horizon, Nicoll-Hernandez looks forward to continuing to teach what she considers to be an especially constructive discipline.

Her own interest in ballet dates back to when she took lessons as a youngster, and it grew significantly after she performed as a substitute dancer – her sister actually was supposed to fill in, but she couldn’t make it – with the Pittsburgh Ballet Theatre.

She subsequently studied at Point Park’s Conservatory of Dance and Music under director Roberto Muñoz, for whom she still does work in his Saratoga Summer Dance Intensive in Saratoga Springs, N.Y. Muñoz also taught her daughters, Jessica Lilja and Keeley Hernandez.

Keeley, a dancer with the Richmond (Va.) Ballet, had to return to Bethel Park abruptly because of the pandemic.

“I set my whole first floor up like a studio so that she could train,” her mother said. “People get creative.”

As for Nicoll-Hernandez, she is enjoying teaching ballet in her hometown, at a venue that impresses her.

“I like how they run the facility,” she said, “and how good the Y is at serving the community.”