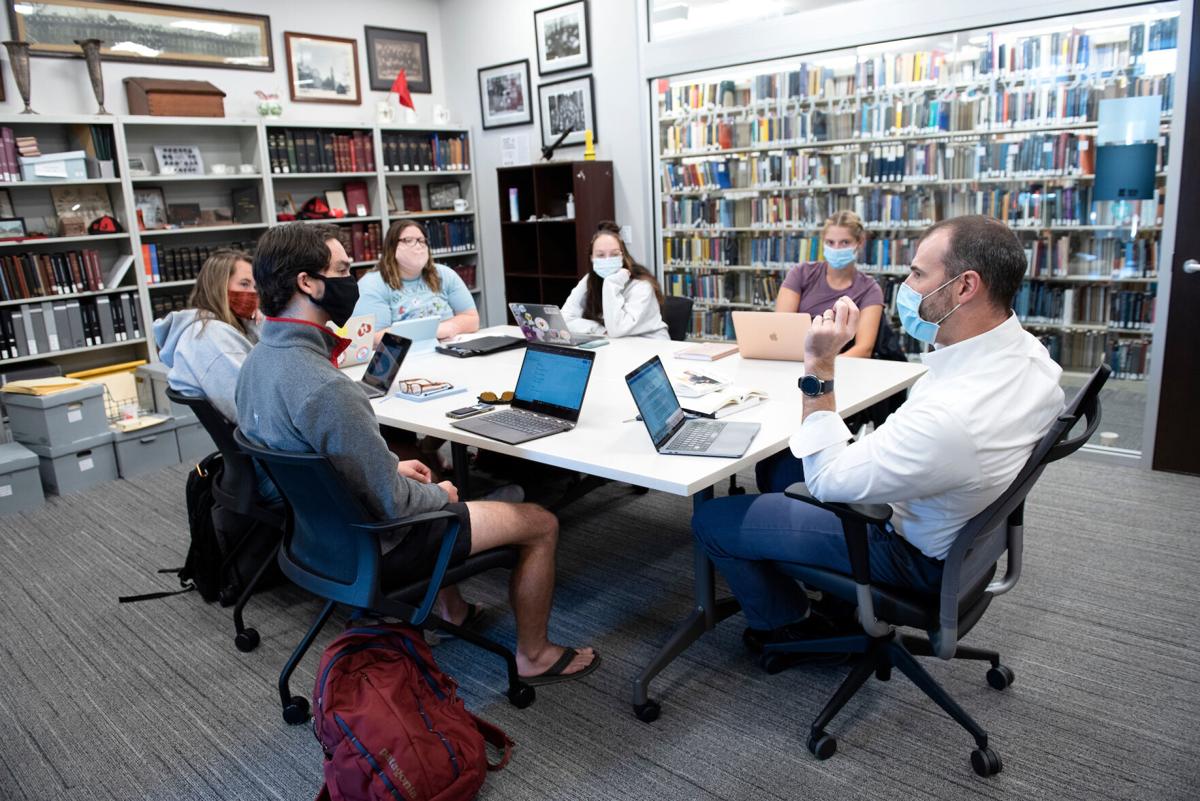 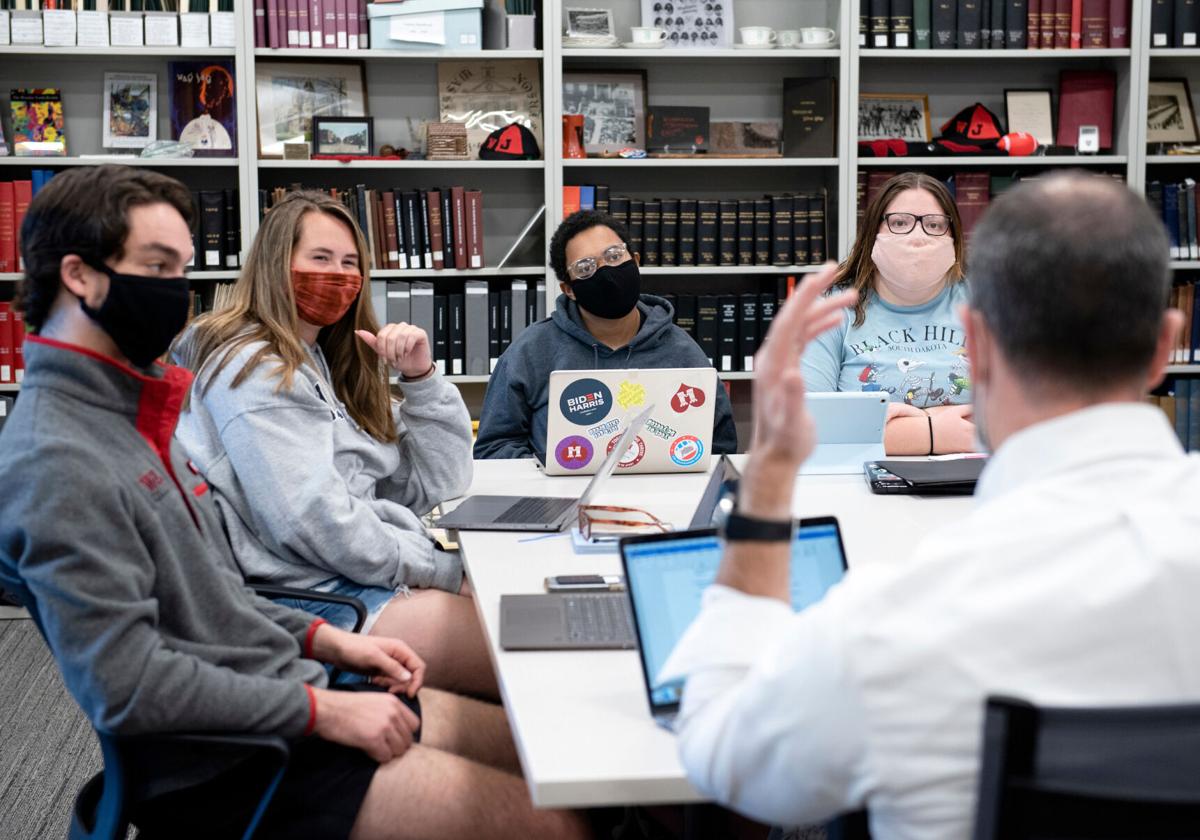 If you were old enough on the morning of Sept. 11, 2001, you remember in precise detail where you were when you heard that a plane had torn across Manhattan’s sunny morning sky and smashed into the World Trade Center.

Maybe you were in front of a television when the second plane hit the skyscraper minutes later, and stayed there transfixed as the horrors of that morning multiplied.

But a substantial portion of Americans alive today were not, in fact, old enough to remember where they were on Sept. 11, 2001. Someone who was a 3-year-old that day and attending preschool is now a 23-year-old and attending graduate school or in the workforce. Someone who is a freshman in college this fall was born two years after 9/11. To young adults and students in classrooms today, 9/11 is another crossroads in history that happened before their time, just as the assassination of John F. Kennedy, Pearl Harbor and the Great Depression are to generations that came before them.

And like those pivotal American moments, 9/11 is now taught in classrooms to students who come with differing levels of knowledge about it. Some know about what happened that day in detail, while others have seen footage of the towers falling, but don’t know much more than that. Others know as much about the deadliest terrorist attack on American soil as they do about the Peloponnesian War or the Teapot Dome scandal.

“When I first started teaching 9/11, I would start the lesson by asking students where they were when it occurred,” said Jason Dill, who teaches U.S. history at Canon-McMillan High School in Canonsburg. “But 20 years later, my students weren’t even born.”

Because of this, Dill has students interview someone who was old enough to remember 9/11, and the students share and discuss the interviews in class. One of Dill’s colleagues, Scott Drakeley, who teaches honors U.S. history to ninth-grade students, said his class spans the colonial era to Reconstruction, but every Sept. 11 he departs from the 1700s and 1800s to discuss what happened 20 years ago. On that day, or a day close to it if Sept. 11 falls on a weekend, he shows them a compilation of news coverage from that morning, as the World Trade Center towers collapsed, and other hijacked planes crashed into the Pentagon and a field outside Shanksville.

“I want them to have the opportunity to experience that morning the way we all did, as it unfolded,” Drakeley explained. “The clips follow the events as they happened in ‘real time,’ allowing the students to get an idea of what that morning might have been like had they been alive.” And, like Dill, he has students interview someone who remembers 9/11.

Watching news coverage and conducting interviews are common approaches to teaching 9/11, both in this area and around the country. The National September 11 Memorial and Museum in New York offers several lesson plans, starting with a focus on heroism for students in grades 3 to 5, and becoming increasingly sophisticated for older students. Some of their suggested lesson plans include explorations of presidential decision-making, how the victims of the attacks were memorialized, the balance between national security and civil liberties and how American Muslims were affected by the attacks.

Clifford Chanin, executive vice president and deputy director for museum programs at the National September 11 Memorial and Museum, told U.S. News and World Report in 2016, “By now, there are really no kids in elementary, middle or high school who have an active memory of 9/11, so it really is at the initiative of teachers. These events have shaped the world these kids have grown into, and they need to understand why the world is as it is.”

Chanin added, “On the basic, simple level, kids don’t always realize you didn’t always have to take your shoes off when you went to the airport.”

In the Washington & Jefferson College course, “9/11 and the War on Terror in U.S. Culture,” “We ask (students) to place those events in a wider historical context,” said Dr. Dave Kieran, an associate professor and chair of the Department of History at W&J. “One benefit of the time that has passed is there has been good historical writing on it and it can be approached as a historical event.”

Though 9/11 has been compared to Pearl Harbor and the JFK assassination, it has one thing those two epochal events lack – an abundance of video footage of it unfolding, whether from news outlets or from individuals who were near the crash sites and had lightweight video recorders handy in that pre-iPhone age. Even for people who saw the second plane hit the World Trade Center on live television, seeing it again from the safe remove of two decades still has the power to shock and unsettle.

Kieran said his class does not look at some of the more gruesome images of that day, like people falling from the World Trade Center to their deaths. But, he adds, “When you teach a course on terrorism, there are aspects that will be potentially triggering. The course is taught in a way that is ethical, safe psychologically, and we do it respectfully.”

Before they sign up for his class, “The Politics of Terrorism,” most students have “some exposure to (9/11) itself, and its cost in terms of blood and treasure,” said Brad Whitsel, an associate professor of political science and criminal justice at Penn State Fayette. “They do have an understanding, but it isn’t fully developed.”

The events of Sept. 11, 2001, have always been a part of the landscape for Thomas Zupan, a senior history major at California University of Pennsylvania. Born the year before, he doesn’t specifically recall when he first learned about 9/11, but remembers it being in classroom lessons when he was in middle school.

“As I got older, I educated myself,” Zupan said. “It was when our nation came to a stop.”