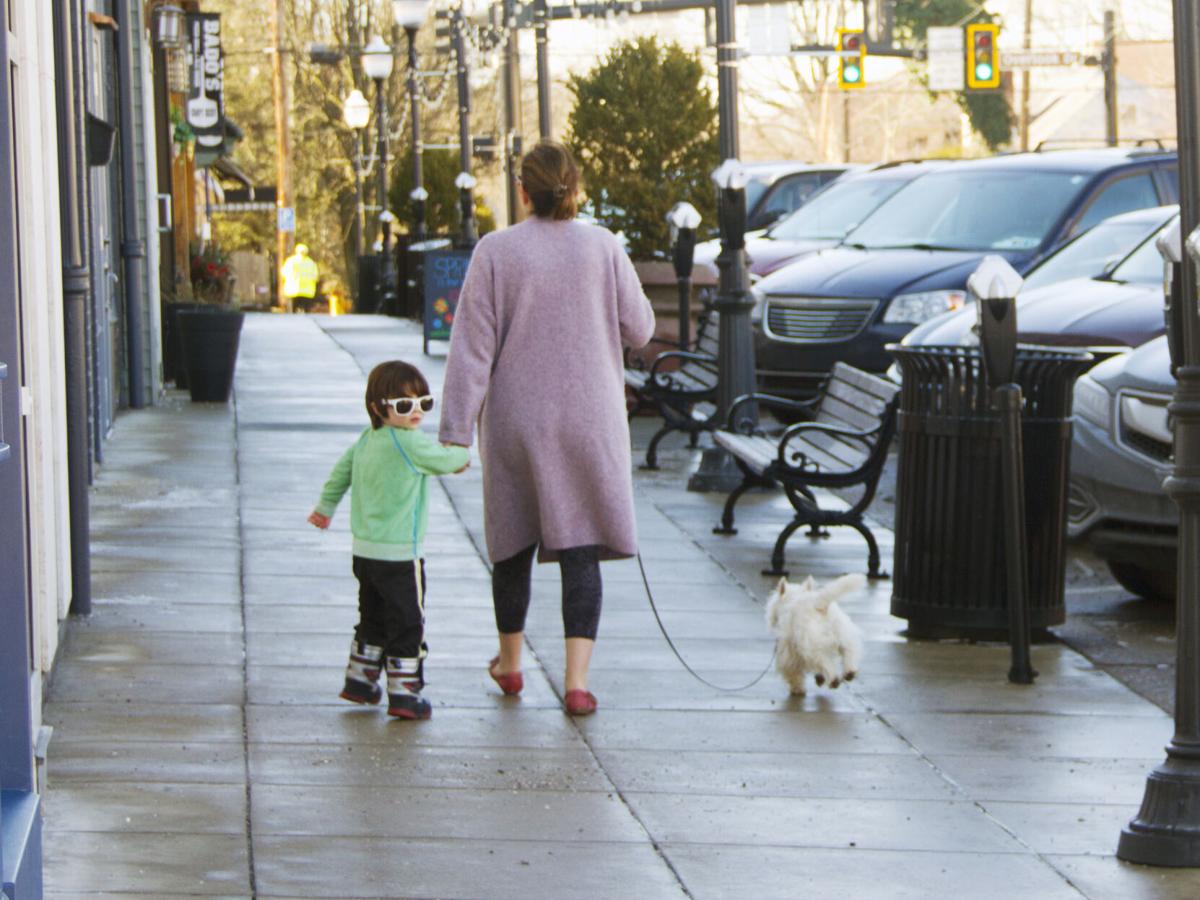 This sidewalk along Beverly Road was in top shape when this February 2019 photo was taken, but sidewalks in other parts of Mt. Lebanon have been identified as in need of improvement. 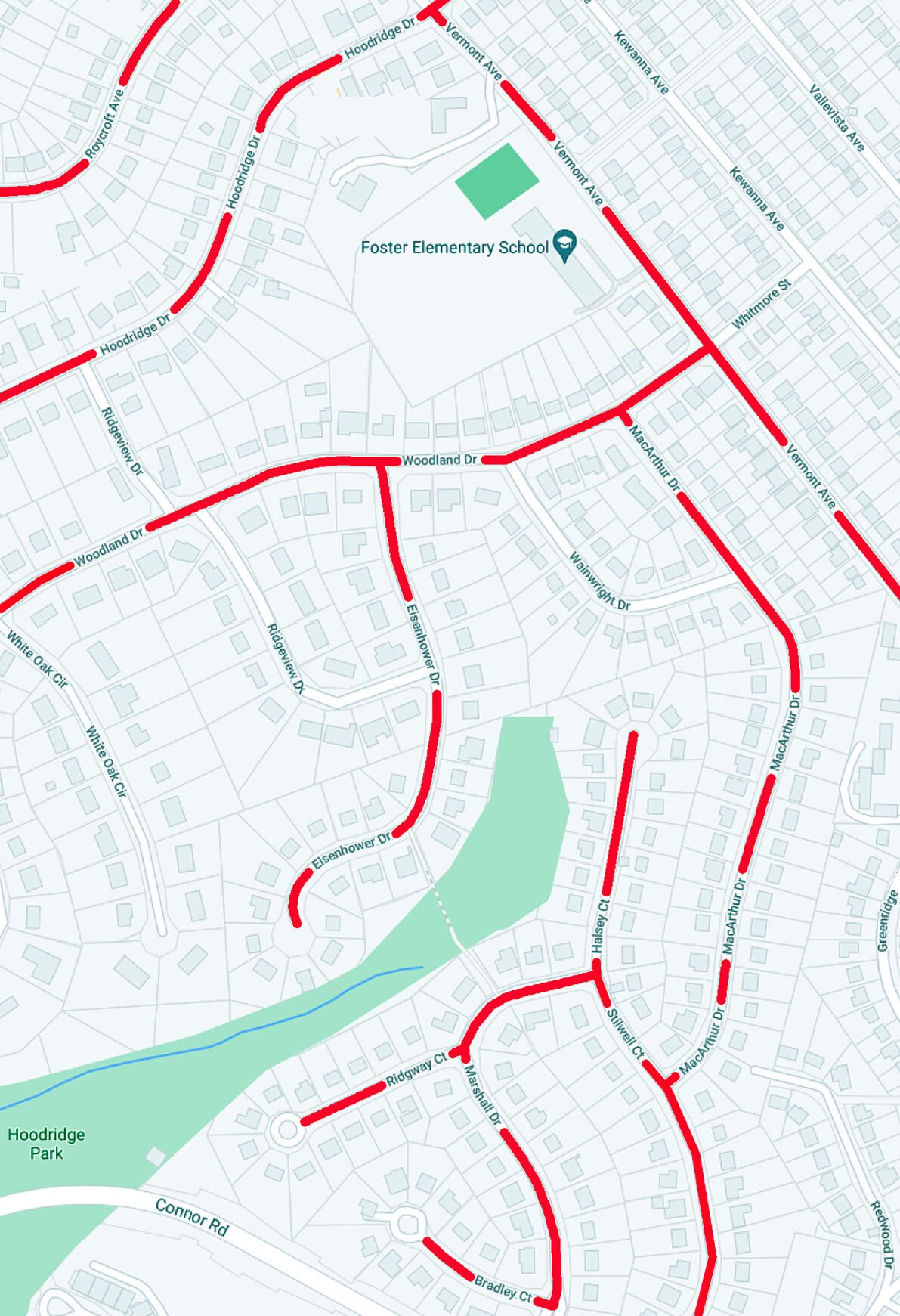 Sidewalks along the streets marked in red are designated for this year’s assessment replacement program.

This sidewalk along Beverly Road was in top shape when this February 2019 photo was taken, but sidewalks in other parts of Mt. Lebanon have been identified as in need of improvement.

Sidewalks along the streets marked in red are designated for this year’s assessment replacement program.

Sidewalks in the general area of Mt. Lebanon near Foster Elementary School are getting an upgrade.

A resolution approved Tuesday by Mt. Lebanon commissioners calls for the replacement of deteriorated slabs, as determined by the public works department to be potential tripping hazards, on 11 streets in the southeastern part of the municipality, including most of the ones named after World War II heroes.

Property owners, as the parties responsible for the sidewalks, will be assessed for the cost involved. The municipality pays for work on land it owns.

Commissioner Craig Grella voted against the measure. During the discussion session preceding the regular commission meeting, he and some of his colleagues questioned whether the municipality could foot the entire bill.

Mt. Lebanon has $105,000 budgeted this year to replace 548 slabs on residential properties.

Public works director Rudy Sukal reported the cost as $8.75 per square foot for a four-inch-thick slab, used most commonly, and $10.45 for the six-inch-thick sections of sidewalk over which vehicles pass for driveway access.

The sidewalk replacement program was intended for 2020 but did not take place because of hardships associated with COVID-19, “but our contractor agreed to sign off on a change order to carry that pricing to this year,” Sukal said.

He noted that the economies of scale associated with a larger-scale contracts result in lower prices compared with contracting on an individual basis.

“For a contractor to come out and replace one or two slabs, it would be a lot more money,” he said. “They would basically pay for a full load of concrete just to get a couple of slabs done.”

Property owners, though, can opt out of having the municipality handle the work.

“We do give the residents an opportunity, at least 30 days’ notice, before we release the work to the contractor, that they have the ability to have their own contractor replace the slabs that have defects that we have identified,” Sukal said.

Municipal manager Keith McGill said the amount budgeted for the program “is booked as a receivable. We anticipate, over two years, getting 90% of that funding back.”

Liens are filed against properties for which compensation is not received, according to finance director Andrew McCreery.

Several years ago, the public works department identified 10 divisions of the municipality for sidewalk replacement on a rotating basis. Sukal said the work generally occurs every two-and-a-half to three years, meaning that completing the entirety of Mt. Lebanon could take nearly three decades.

Mt. Lebanon actually conducts two separate sidewalk replacement programs. The other effort remedies damage caused by the roots of municipally owned trees in the rights of way between sidewalks and street curbs.

In those cases, the municipality covers all of the cost. And according to Sukal, property owners can benefit in another manner, as well.

“We have a provision in our contract that the contractor has to provide the resident with the same unit cost if they want additional sidewalk slabs done when we’re doing the root damage work in front of their home,” he explained. “Some residents take advantage of that, and they have either multiple slabs or the entire sidewalk in front of their homes completed.”

Sukal said the root-replacement program is continuing where it left off last year, in the vicinity of Markham Elementary School.