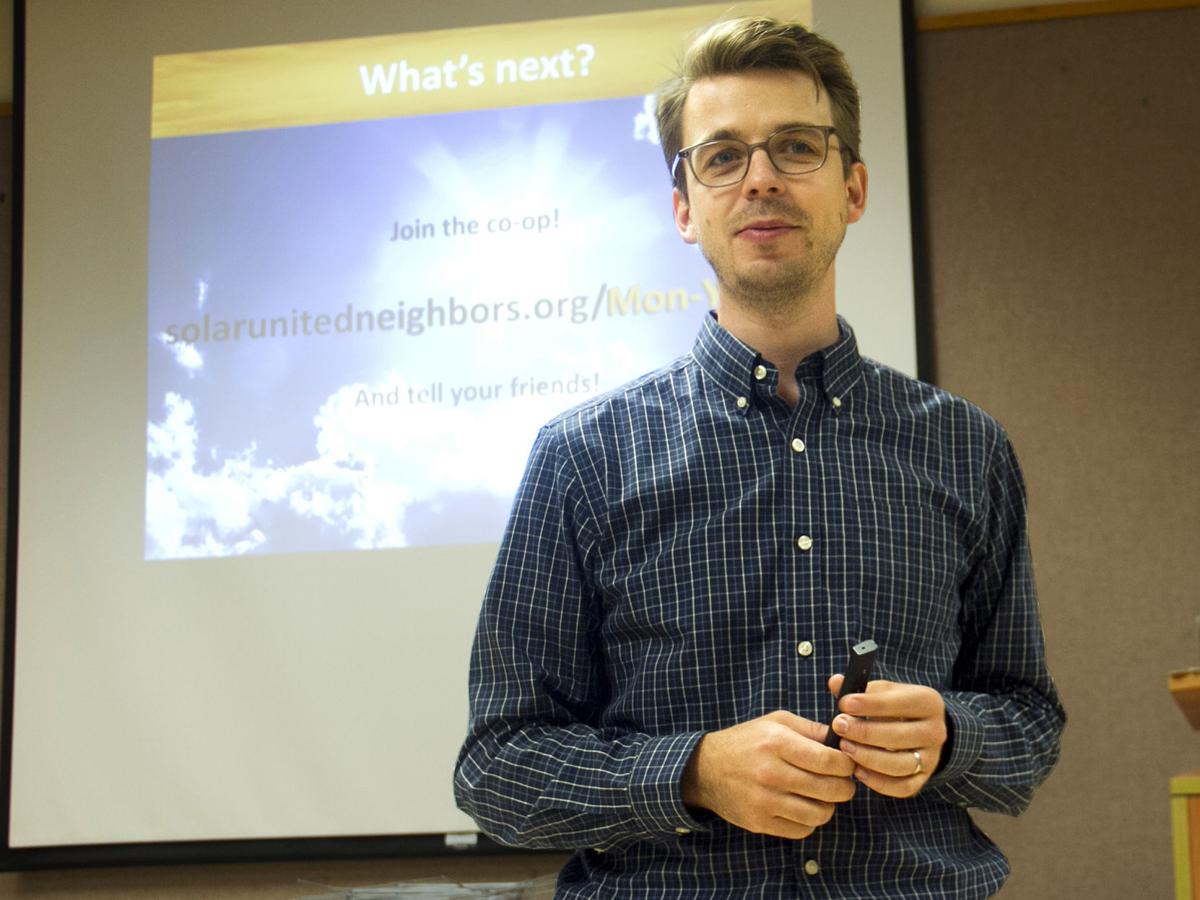 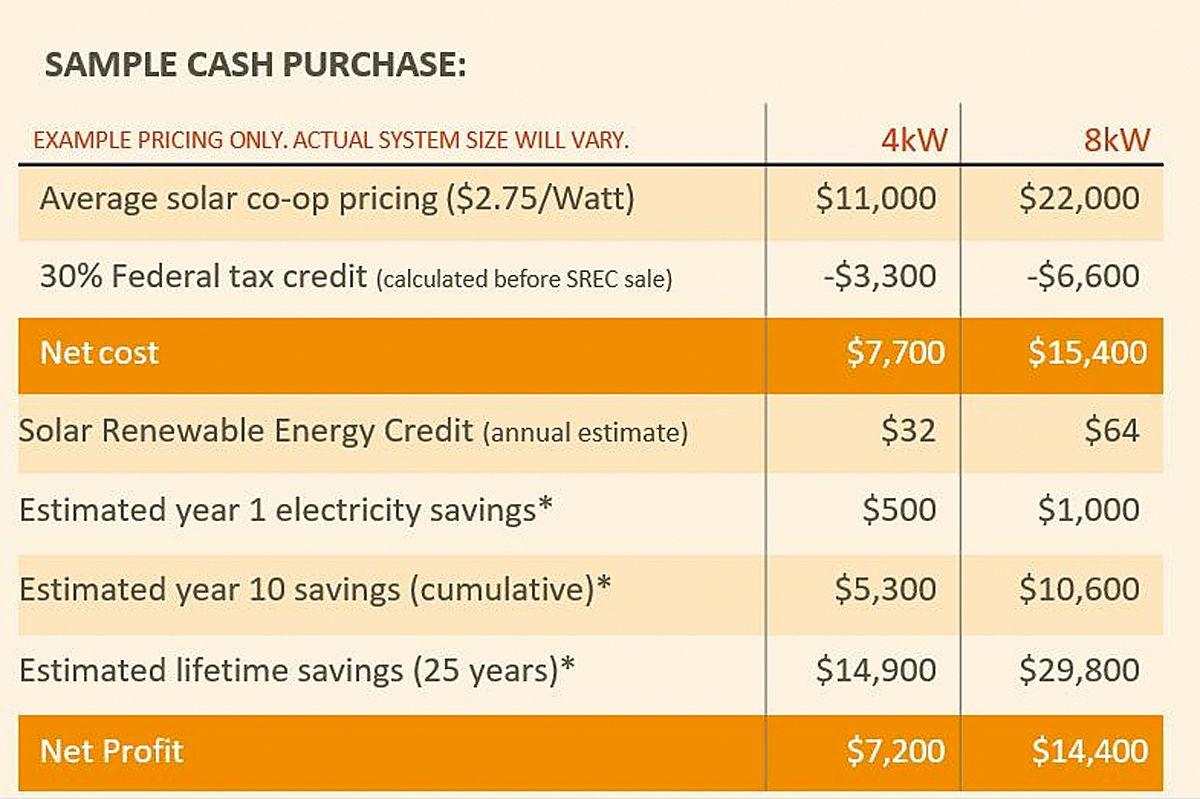 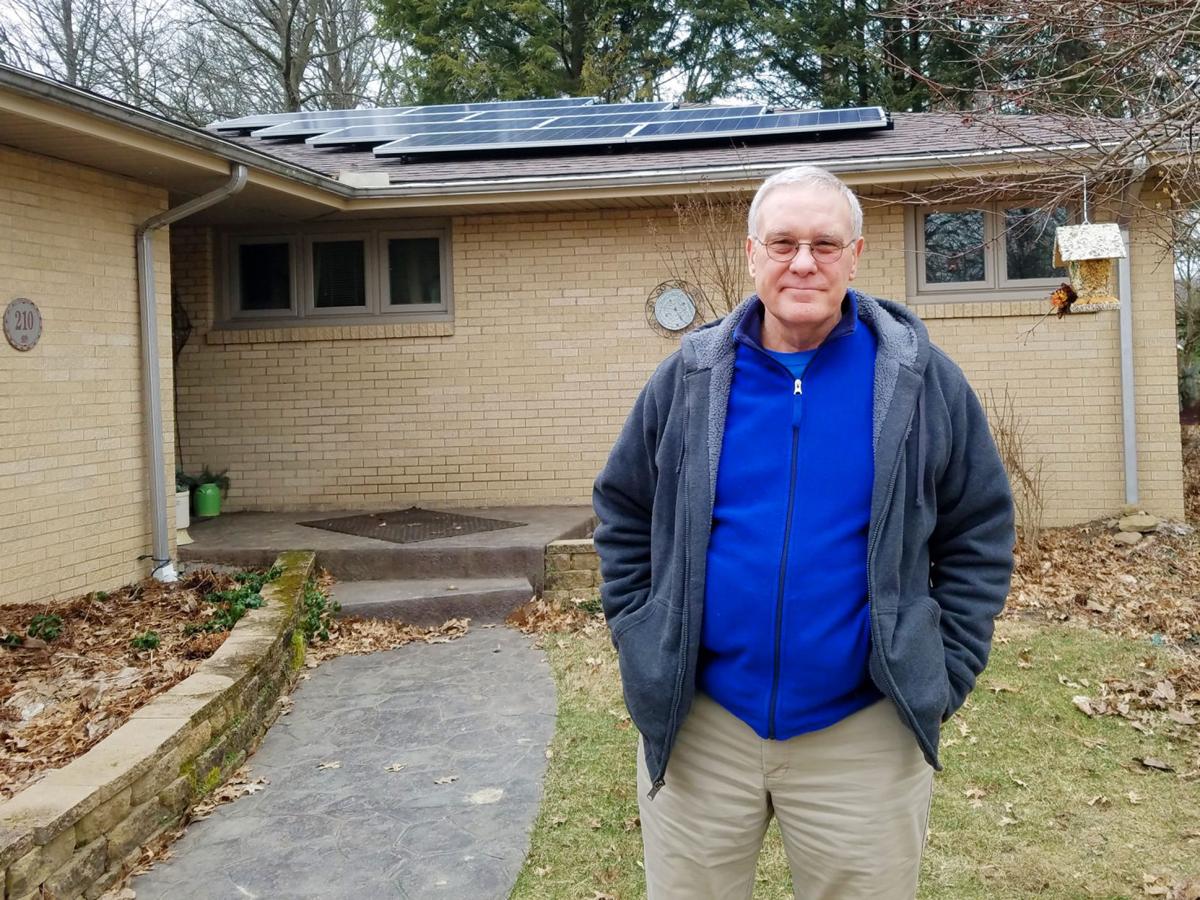 Joe Romesburg of Washington County with his new solar installation 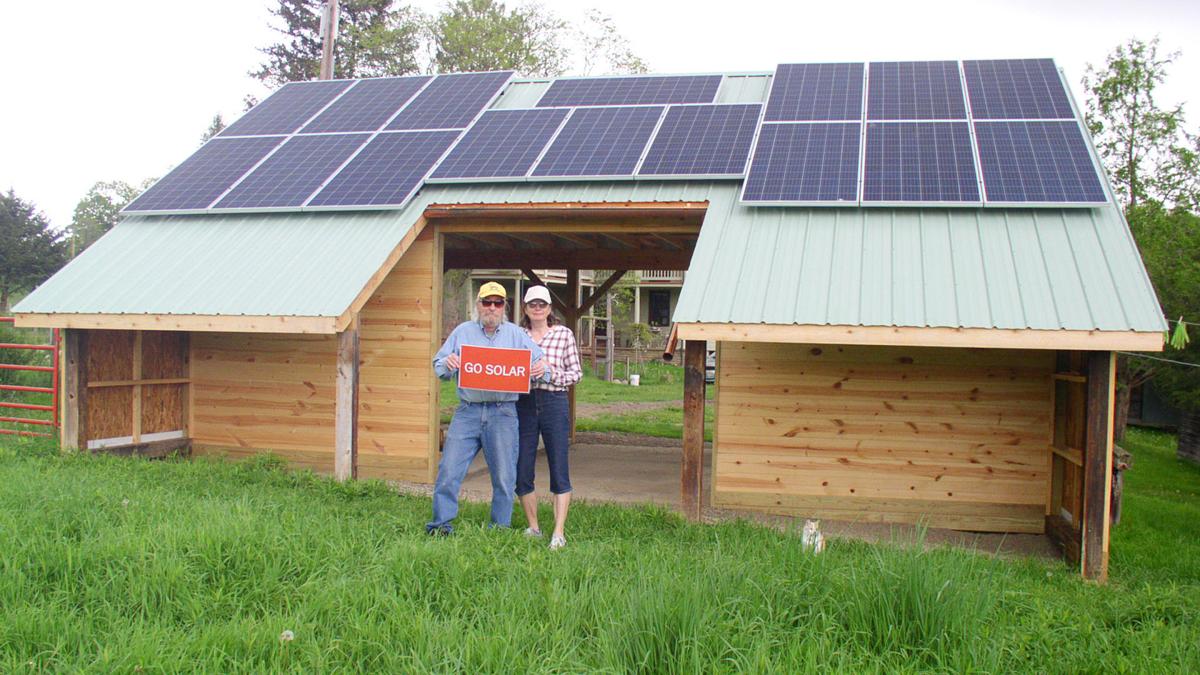 Dan and Kathee Derber of Greene County with their solar installation

Joe Romesburg of Washington County with his new solar installation

Dan and Kathee Derber of Greene County with their solar installation

Air conditioning is a great way to beat the summer heat, until the electric bill arrives.

Henry McKay has a way to help avoid that kind of sticker shock.

“Solar keeps getting cheaper,” he told a group gathered recently at Peters Township Public Library. “It is no longer this specialty boutique product that people only do purely for kind of environmental goodwill. People are doing it because they want to save money.”

McKay is the Pennsylvania program director for Solar United Neighbors, and he provided information about the nationwide nonprofit’s system of cooperatives for people who consider giving a different source of energy a try.

Even in this neck of the woods.

“We get more than enough sun for solar to work in Pennsylvania,” McKay said. “We are sunnier than Germany is. Germany has a lot more solar installed than we do.”

For interested homeowners in Washington, Greene and Fayette counties, Solar United Neighbors is in the process of establishing a Mon/Yough Solar Co-Op, which can assist residents in purchasing the necessary materials, with silicon-laden photovoltaic solar panels at the forefront.

“This is a way to often save money,” McKay said. “You can often get a better price through the co-op than you could get individually.”

After nearly 20 to 30 property owners join a co-op, he said, the group drafts a request for proposals and sends it to solar installers in the area, requesting a group rate to apply to all members. A co-op selection committee subsequently reviews the bids and makes a decision, with a Solar United Neighbors staff member assisting in the process.

“We work hard to grow the co-op as large as we can, but there is a signup deadline, after which no one else can join,” McKay said. “In the meantime, that installer is contacting everyone in the co-op, coming out and doing a site visit and doing a customized proposal for you based on your budget, your preferences, your specific home, your energy needs, but all at that group pricing deal.”

The entire process takes about eight to 10 months, according to McKay.

McKay said power companies make provisions for net metering, by which energy generated by solar panels is subtracted from the amount of energy the company provides.

“You’re just being billed on what you’ve used minus whatever you’ve produced,” he said. “All the big investor-owned utilities, like West Penn and Duquesne Light, are required to do it. It is a right for you, as a customer if those utilities, to have net metering when you go solar.”

The hope, of course, is investing in the alternative energy source results in paying less for power in the long run.

“When you’re going solar, you’re prepaying 25 years of kilowatt hours, 25 years of electricity,” McKay said with regard to the estimated effective life of a solar panel array. “You’re just buying it all up front with your solar system. So you’re essentially making a bet that electricity will either stay the same or increase in price, which is a really good bet.”

Adding to the savings component is a federal tax credit, which for 2019 is 30% of the cost of the solar installation. Legislation, though, calls for the credit to drop to 26% in 2020 and 22% the following year. From 2022 onward, no federal credit for residential solar energy systems will be available if the legislation passes.

An objective of Solar United Neighbors is to continue to keep its members updated about such considerations.

“Once we help you go solar, we don’t just walk away and end the relationship with you,” McKay said. “We connect you into this broader solar movement in Pennsylvania and nationally, and we help you stay up-to-date on changes in technology, changes in policy and related technologies.”

Membership in the Washington, D.C.-based organization is free for co-op participants during the first year. Individuals can join for $85.

“We will help you go solar on your own timeline, your own pace, when and how you want to do it,” McKay said. “We’ll help you review bids. We’ll help you make the decision about going solar in a more informed way.”

His presentation in Peters Township focused on applicable homeowners joining the Mon/Yough Solar Co-op, which is accepting new signups through Sept. 30, according to the Solar United Neighbors website. Signing up does not obligate anyone to commit to a solar installation.

For those who live to the north, the Allegheny County Solar Co-Op is into its second round of recruiting participants. The first group selected Envinity Inc. of State College as installer through an open and competitive bidding process, and installations are in progress.

Many homeowners opt to have solar panels placed on their roofs, but ground mounting also is available, usually at a higher price, according to McKay.

“The advantage of ground mount is you can get them facing just the right direction,” he said, adding they offer a better opportunity for temperature optimization. “Solar panels work better when they’re cooler. This is one advantage we have over places like Arizona or New Mexico. When the solar panels get too hot, their efficiency goes down.”

He offered some ideal conditions for placement of solar arrays: facing due south under no shade, and with at least 250 square feet of contiguous space.

“We get enough sun for solar to yield you a profit if you have an appropriate property for it,” McKay said.

“The physical climate of an area matters much less than the policy environment. We have great net metering. That is what makes it possible for people to get a good return on their solar investment here.”

Co-op participants selected EIS Solar to be the group’s installer through an open and competitive bidding process.

The company is in the process of developing personalized proposals for each co-op participant.

The co-op is accepting new signups through Oct. 21.