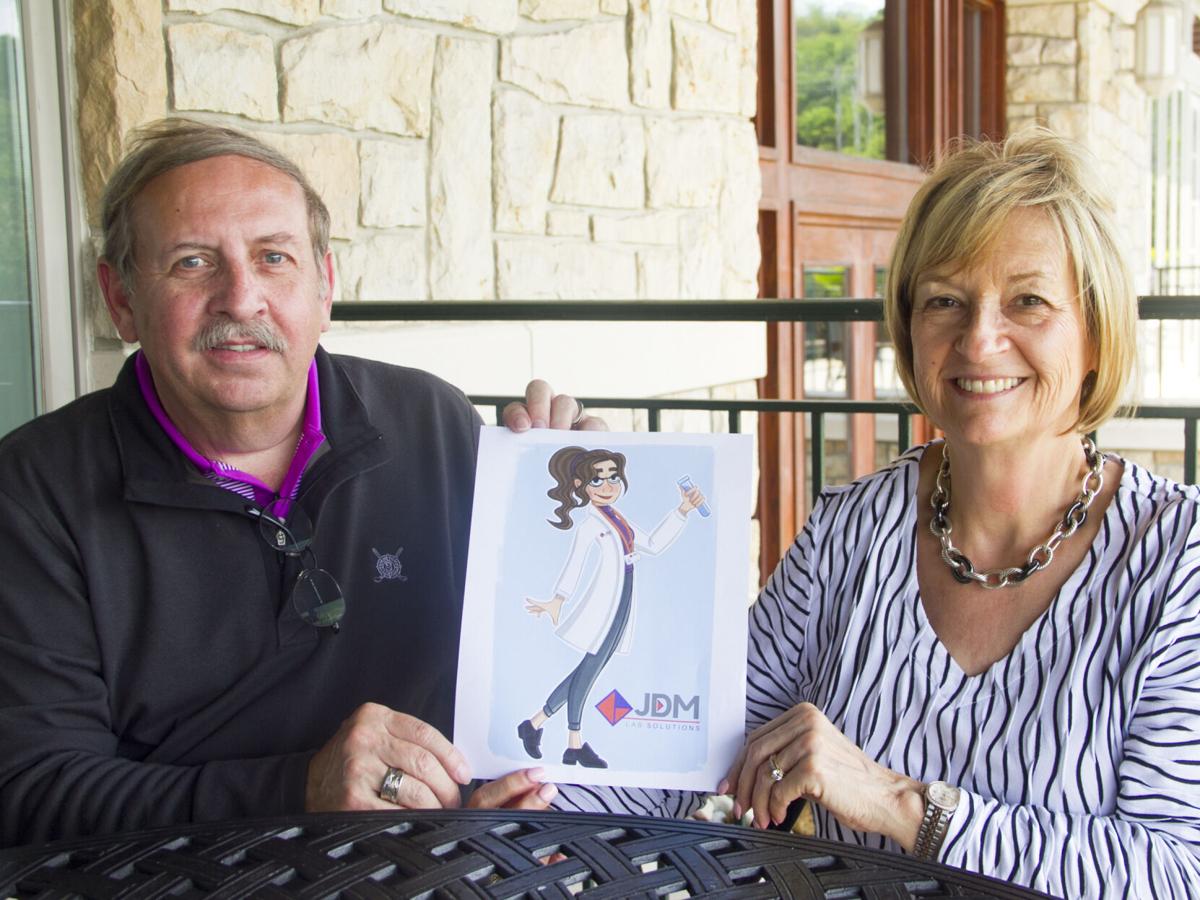 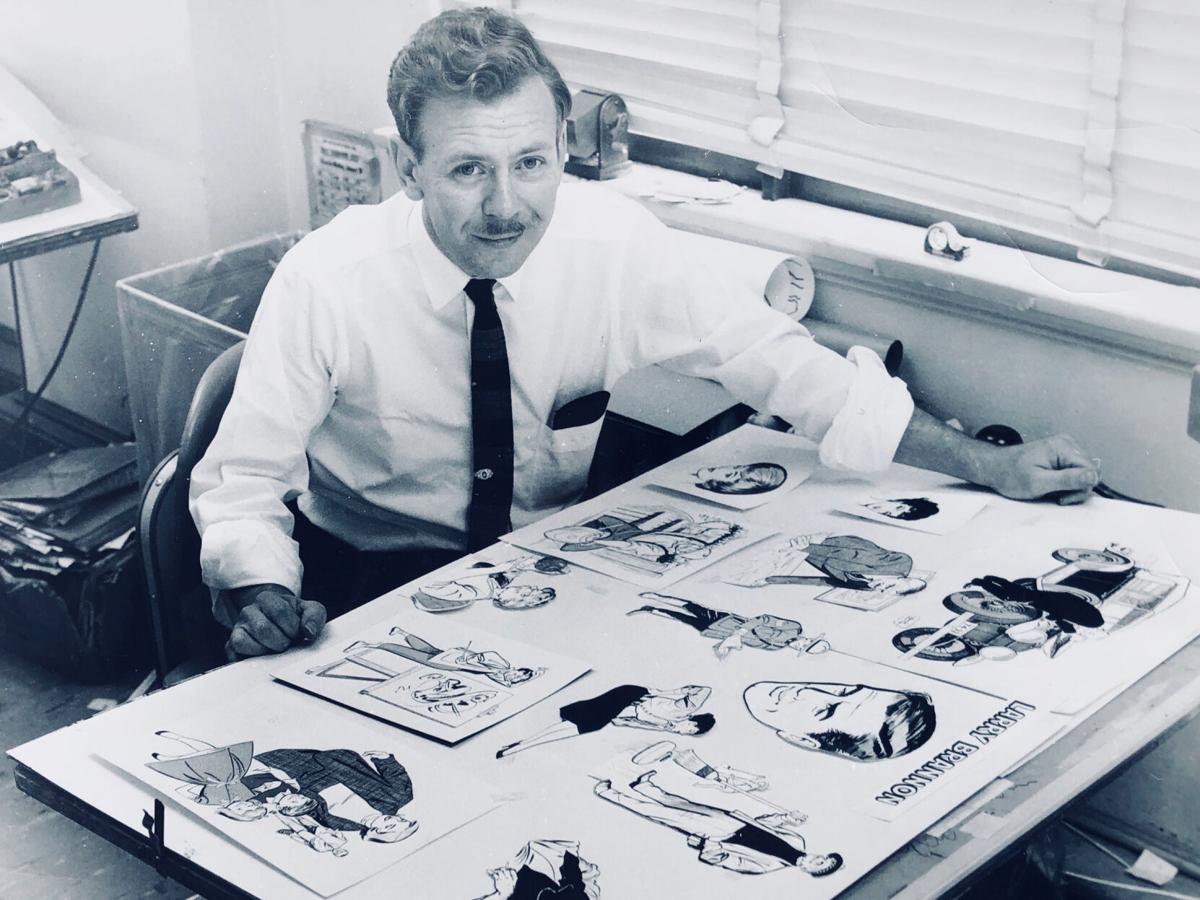 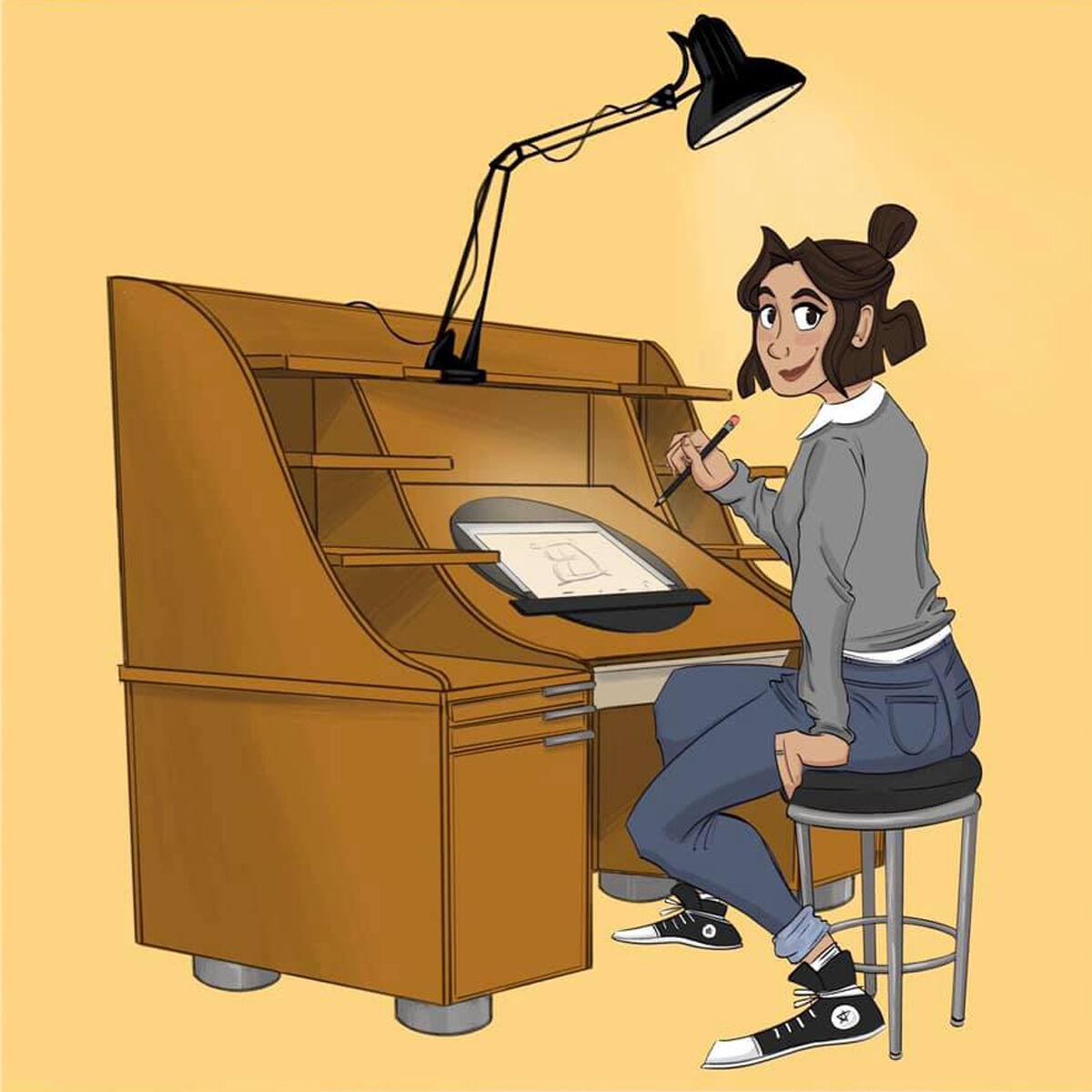 Hailey Bair: “I just wanted to make a new profile picture, which later turned into a full-on self-portrait!” 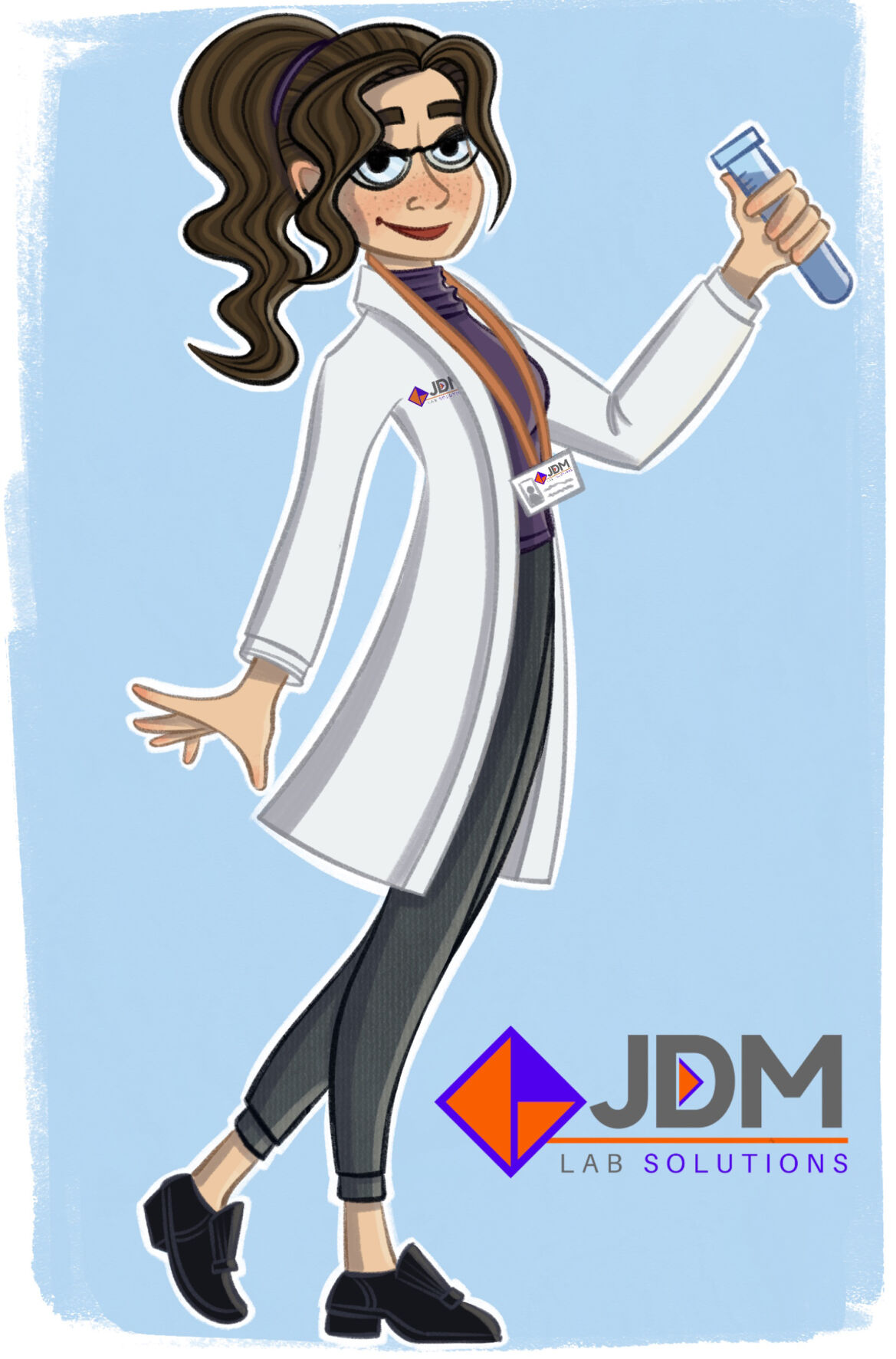 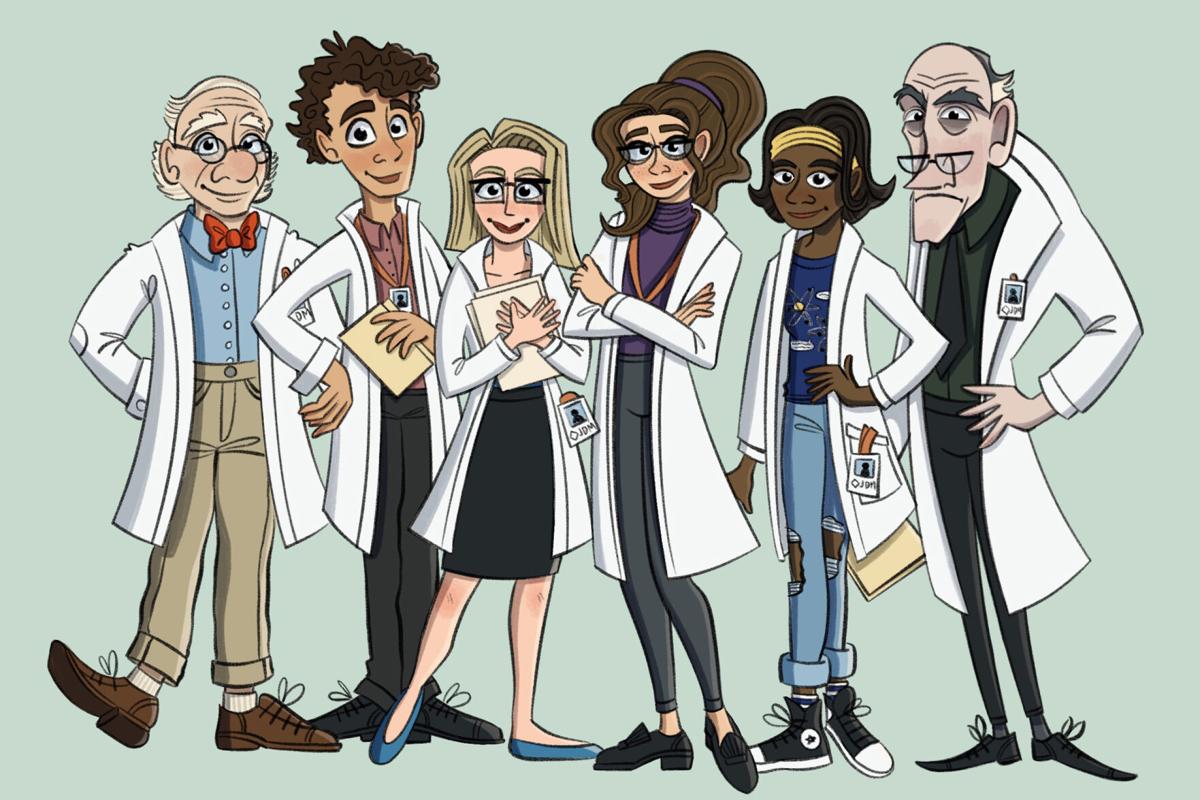 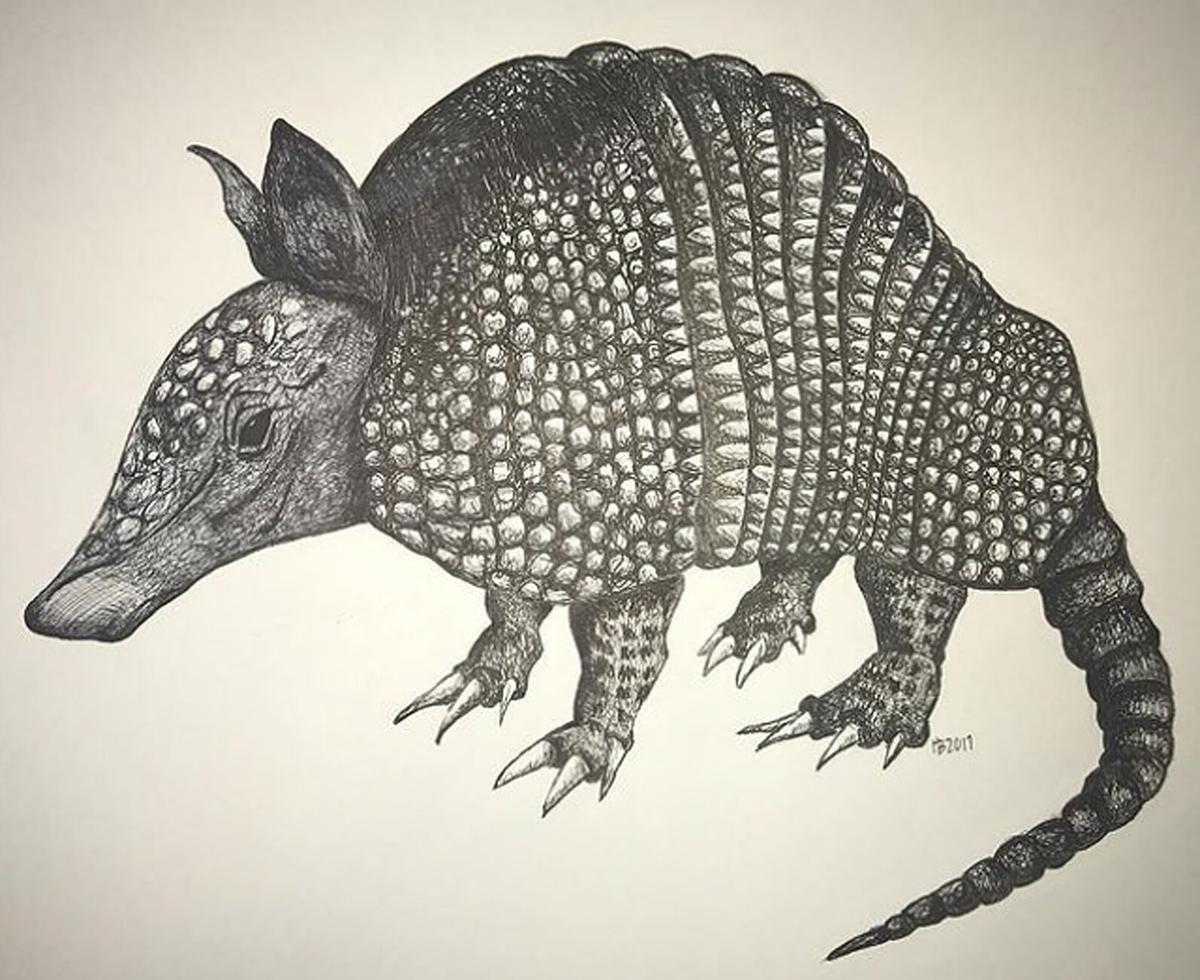 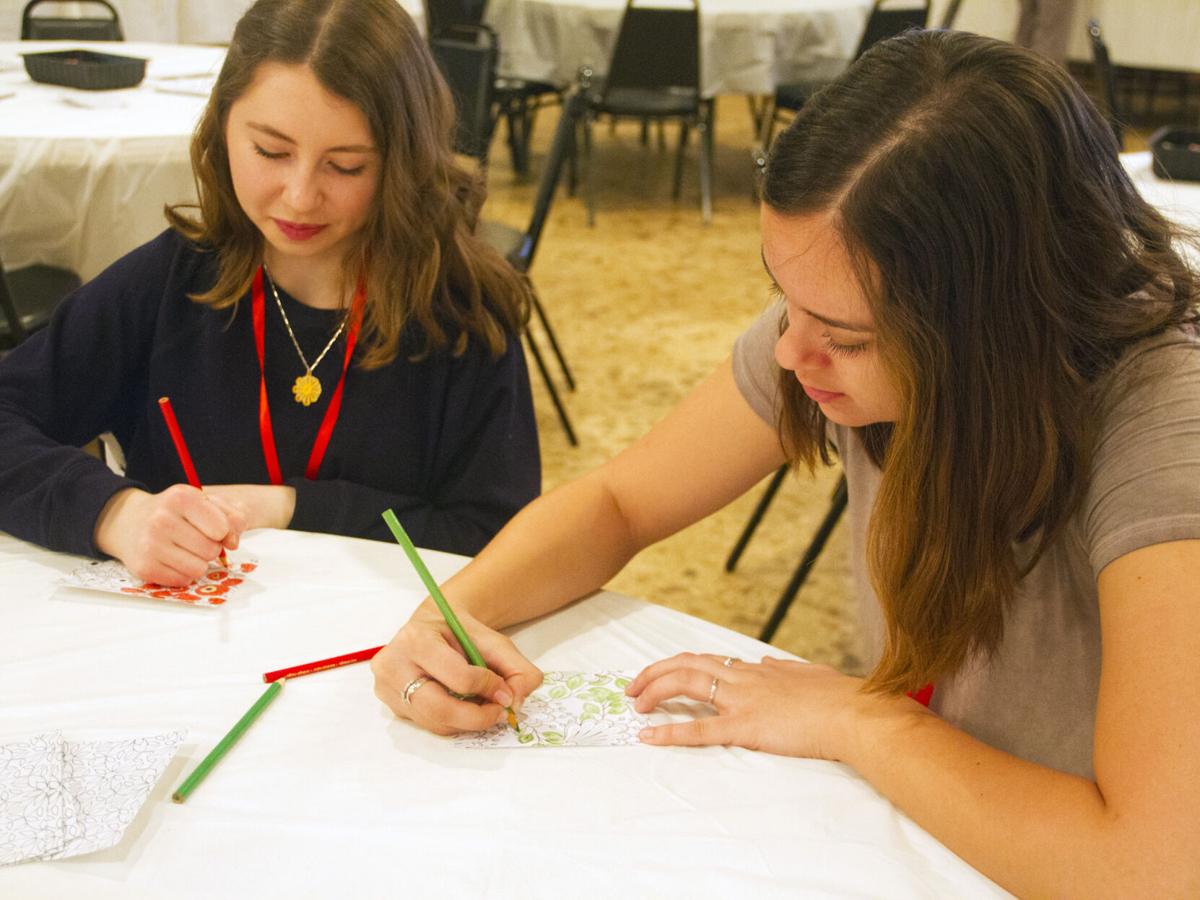 Hailey Bair, right, works on an art activity during the 25th-anniversary celebration of South Fayette Township Library in 2019. Joining her is Zora Mosley.

Hailey Bair, right, works on an art activity during the 25th-anniversary celebration of South Fayette Township Library in 2019. Joining her is Zora Mosley.

If a talking reptile or squawking emu can help peddle insurance, a sensible scientist should be a shoo-in for selling research laboratory products.

Meet Professor Tipp as the savvy new spokescharacter, if you will, of JDM Lab Solutions, the specialty supply company owned by Peters Township residents Jim and Dawn Mortimer.

The typical marketing effort in their field tends not to go far beyond listing what’s for sale, so they decided it would be a good idea to come up with something distinctive and memorable for JDM.

And to stoke his creativity, Jim didn’t have to look far. His father, Win Mortimer, was one of the major illustrators of DC’s “Superman” and “Batman” during the kings of comic books’ formative years.

“Sometime in the 1960s, he created a new character, Professor Tipp,” Jim said. “He was a professor, but he was always sort of getting himself into predicaments.”

The latter-day Professor, by contrast, solves predicaments, as you may expect from a company with “Solutions” in the name. And today’s Tipp has another major difference.

“It didn’t start that way. I had this vision of it being more like the early Superman, a big guy, handsome,” Jim recalled. “But then I got thinking: Over 50% of our customers are women.”

If they can identify with the Professor, perhaps career-contemplating female students can, too.

“I’m a scientist, and I got engaged at a very early age. But most young girls, you can’t get them interested,” Dawn said. “So we are hoping that this will have an impact.”

Having a major impact on the Professor Tipp project is South Fayette Township High School graduate Hailey Bair, who is doing the illustrating. A computer animation major at Ringling College of Art and Design in Sarasota, Fla., she is a scholarship recipient of the Win Mortimer Trust for Artists, which Jim created in memory of his dad.

“She’s just a really, really great artist with very good ideas,” Jim said, and one was to create companion characters for the Professor. “It can’t just be her. There have to be other people in the lab.”

Then there’s the aptly named taskmaster, Dr. McNasty, a Snidely Whiplash type without the mustache.

“He’s very demanding and knows a lot, but doesn’t have great people skills,” Jim said. “I’ve known a lot of people like that, and they’re not really bad. But people get afraid of them in the lab.”

Here’s how all of that works, according to an early strip written by Jim and drawn by Hailey.

Dr. McNasty: “No one is going home until all of these microplates are filled!”

Herman: “Professor Tipp, Dr. McNasty said we can’t go home until all of these microplates are filled. This is going to take forever!”

Professor Tipp: describes a JDM Lab Solutions product that will save the day.

Herman: “We had no idea this was available. We’ll be finished in no time!”

While she was finishing high school, Hailey met the Mortimers when she applied for the Trust scholarship, and she immediately made a strong impression with her personality along with her artistic ability.

“I had a reproduction made of Superman, the original Superman my father did, and we gave it to her,” Jim said. “And she has it on her desk at school as inspiration.”

In return, Hailey presented the Mortimers with a highly detailed armadillo that she drew at the start of her junior year.

“When she started at Ringling College of Art and Design, unknown to her,” Jim reported, “the mascot is an armadillo.”

Whether armadillos make their way into Professor Tipp’s laboratory remains to be seen, but as for how her adventures will play out, Jim is optimistic.

“We showed this to a couple of our customers and some suppliers. It doesn’t matter if we’ve fallen in love with the idea. What do they think of the idea?” he said. “And everybody has given us great reviews.”

The Mortimers are working with Kate Winter Digital Solutions on incorporating an animated version of Professor Tipp into the home page of JDM’s website, and they eventually may put her on loan, so to speak.

“Some of our clients, I can see them actually using Professor Tipp to introduce products on their sites,” Jim said.

The guess is that they’ll find her to be more apropos than an earthbound bird or loquacious lizard.