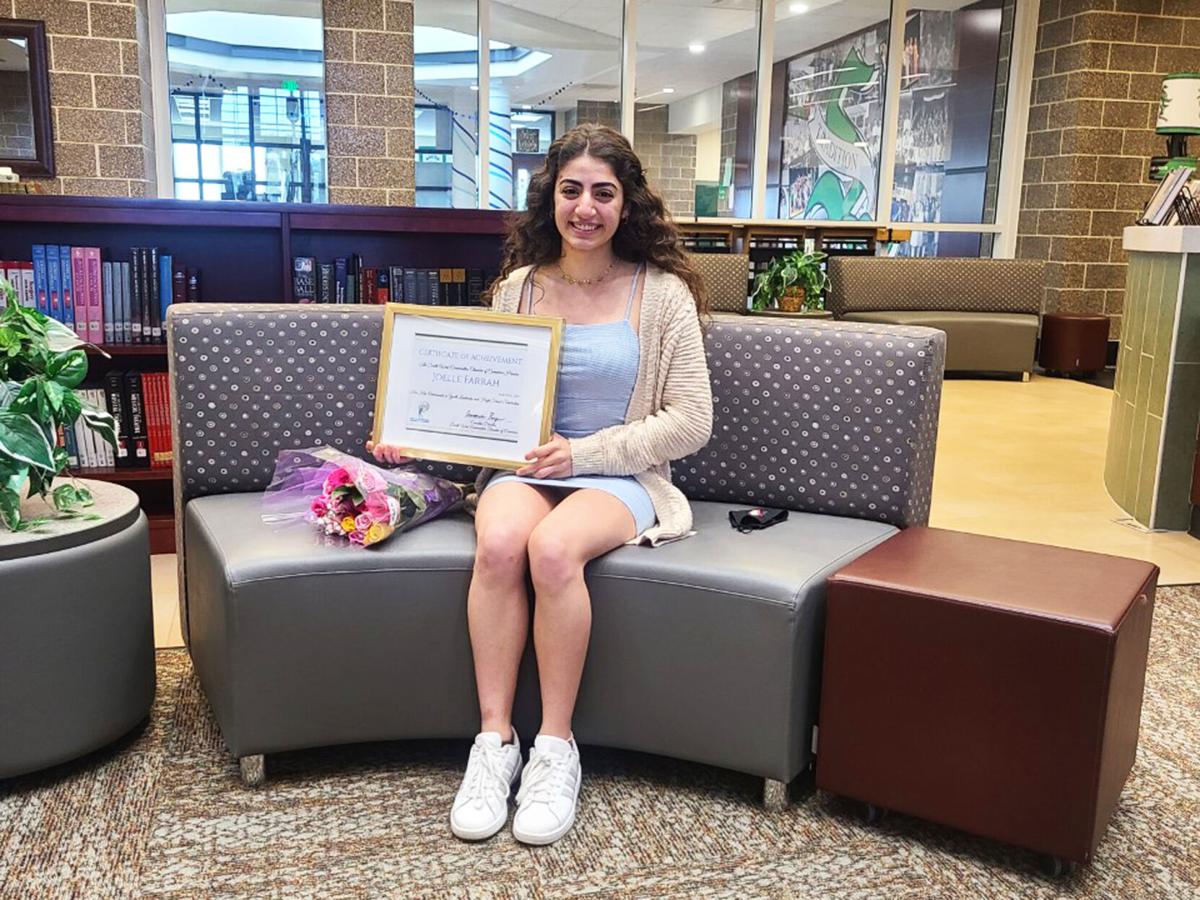 Joelle Farah is the recipient of the South West Communities Chamber of Commerce scholarship. 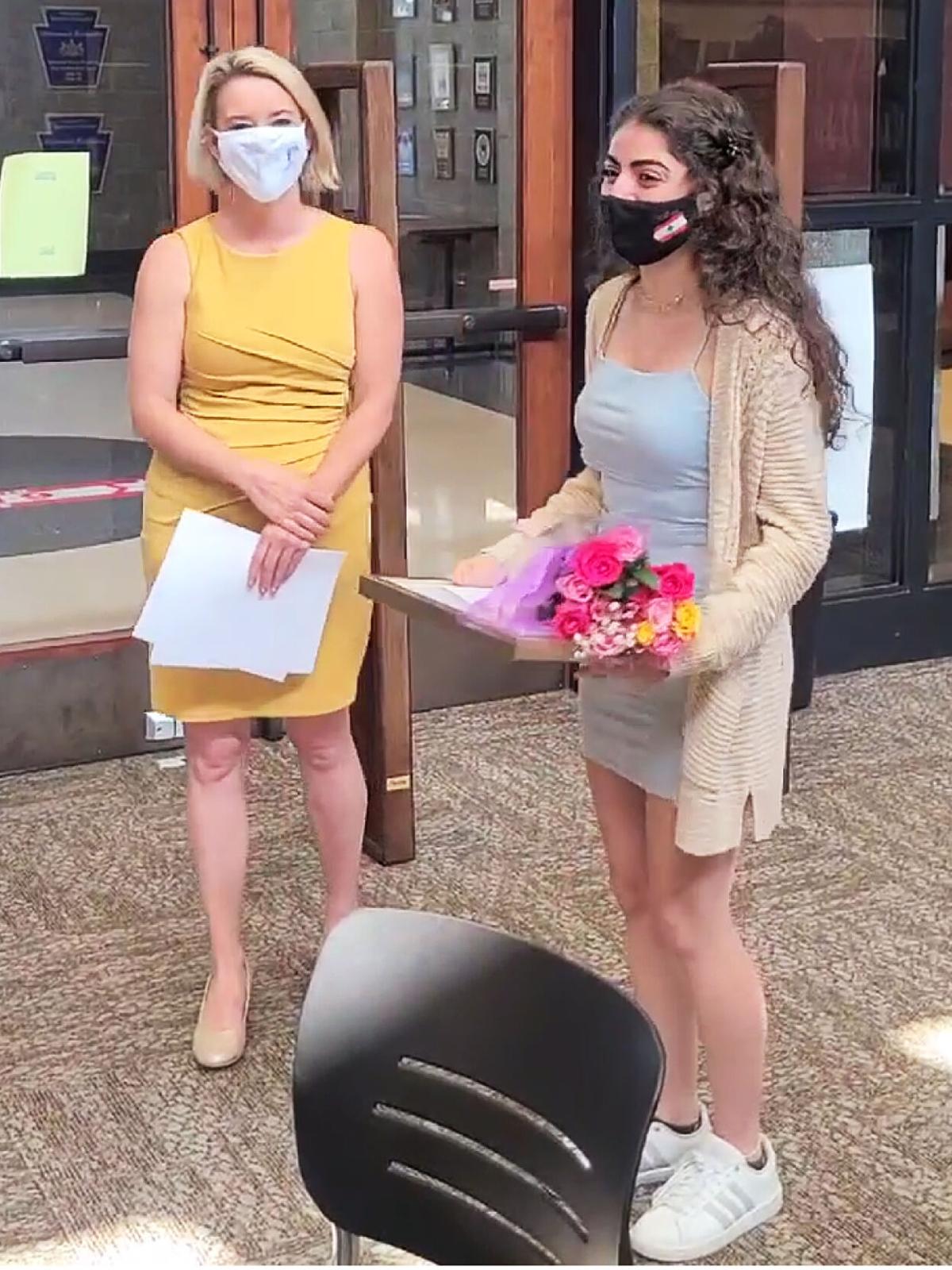 The letter accompanying Joelle Farah’s application for a South West Communities Chamber of Commerce scholarship opens with a specific phrase.

“I am an eternal optimist,” it reads.

Her accomplishments as a South Fayette Township High School student certainly point toward a bright future, and Farah is continuing her education at the University of Pittsburgh to become a teacher.

Yet her positive outlook was put to the extreme test in December 2019, when her mother, Aida, lost her battle with cancer.

“Even after that day,” Farah wrote, “I have stuck by my principles to stay hoping and dreaming that the world is naturally kind, and I make an effort every day to find happiness in my life.”

One day in May, she was especially happy to learn that she had been selected to receive the scholarship awarded by the Common Good Foundation, the nonprofit arm of the chamber of commerce.

In addition, Farah has inspired the chamber to offer a free one-year membership to graduating students from either a trade school or college, according to executive director Mandi Pryor.

Farah’s academic record shows she has scored nothing but A’s throughout high school, even though the majority of her classes as a junior and senior have been honors and advanced placement. As a result, she is a National Honor Society inductee.

Plus she has a variety of pursuits beyond the classroom, from playing varsity volleyball to participating in her school’s student government, French Club, Model United Nations and Future Business Leaders of America. She has helped raise money for charity through her involvement in the Mini-THON, modeled after Penn State’s annual dance marathon to benefit efforts against childhood cancer, and the student government’s Glow Run 5k race.

Farah also serves as a peer mentor to middle school students through South Fayette’s Teen Institute, and she is part of the leadership team as a commissioner for Link Crew, nationwide freshman transition program introduced to her school when she was a junior.

“Her involvement in these programs speaks to her maturity, desire to help others and, most importantly, her kindness,” Felix Yerace, Link Crew and student government adviser, wrote in a recommendation letter to the University of Pittsburgh. “Although many of my students are high achievers, I find it difficult to locate students with Joelle’s character, personality and ability to persevere through obstacles.”

Farah particularly is proud of her involvement with Link Crew.

“Remembering how difficult my freshman year was – both academically, with taking all honors classes, and personally, with my mother’s Stage 4 cancer diagnosis – I knew I needed to join this program,” she wrote. “I hoped that I could offer my belief of optimism to other struggling students who may need guidance and advice in their own transition.”

“I know the Common Good Foundation values giving to the community, and I want nothing more than to further my education in college so I can do just that, give back to the community and help more people keep positivity in the world through every struggle they may encounter.”