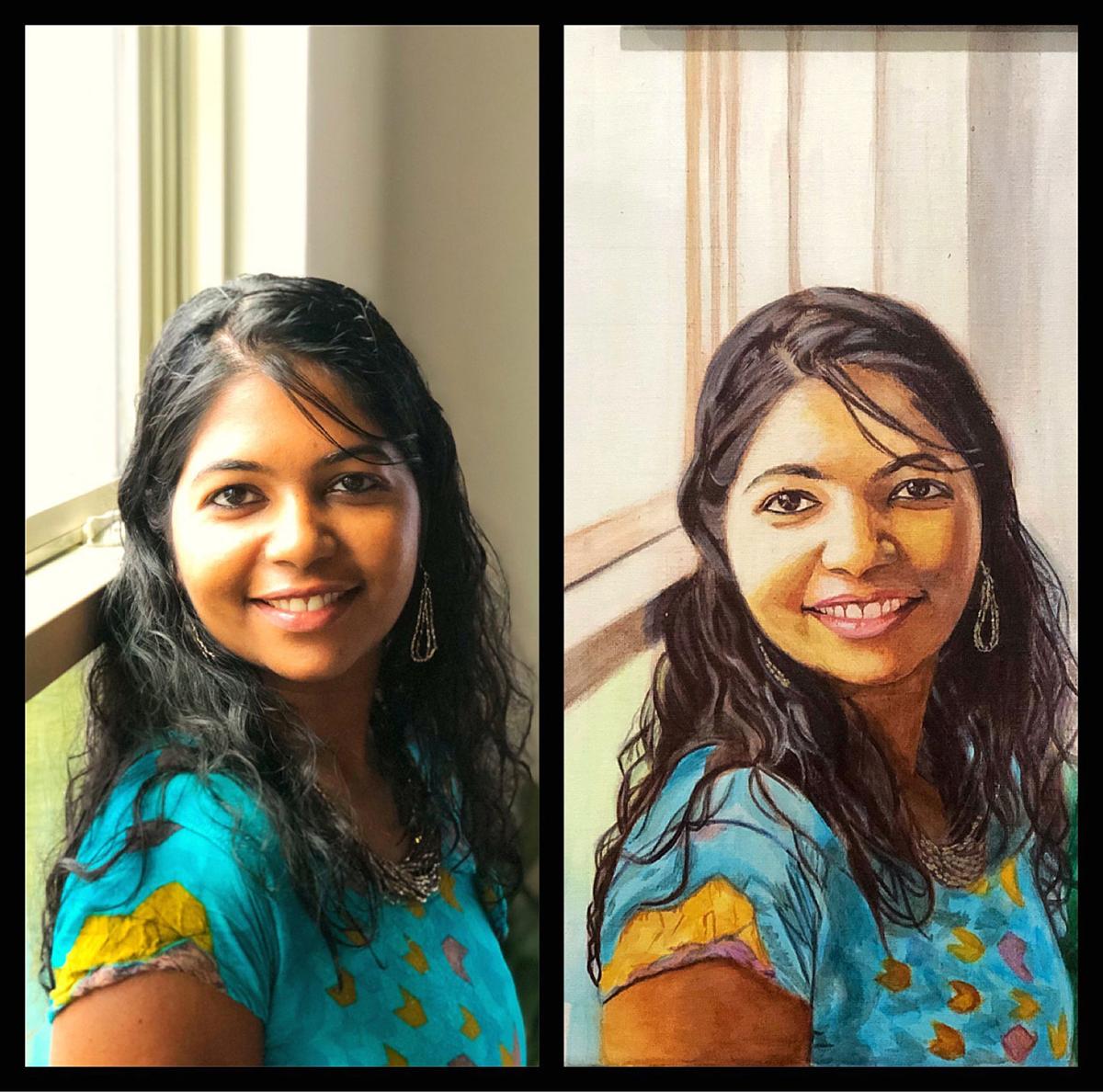 Portrait of a statue by Selva Priya 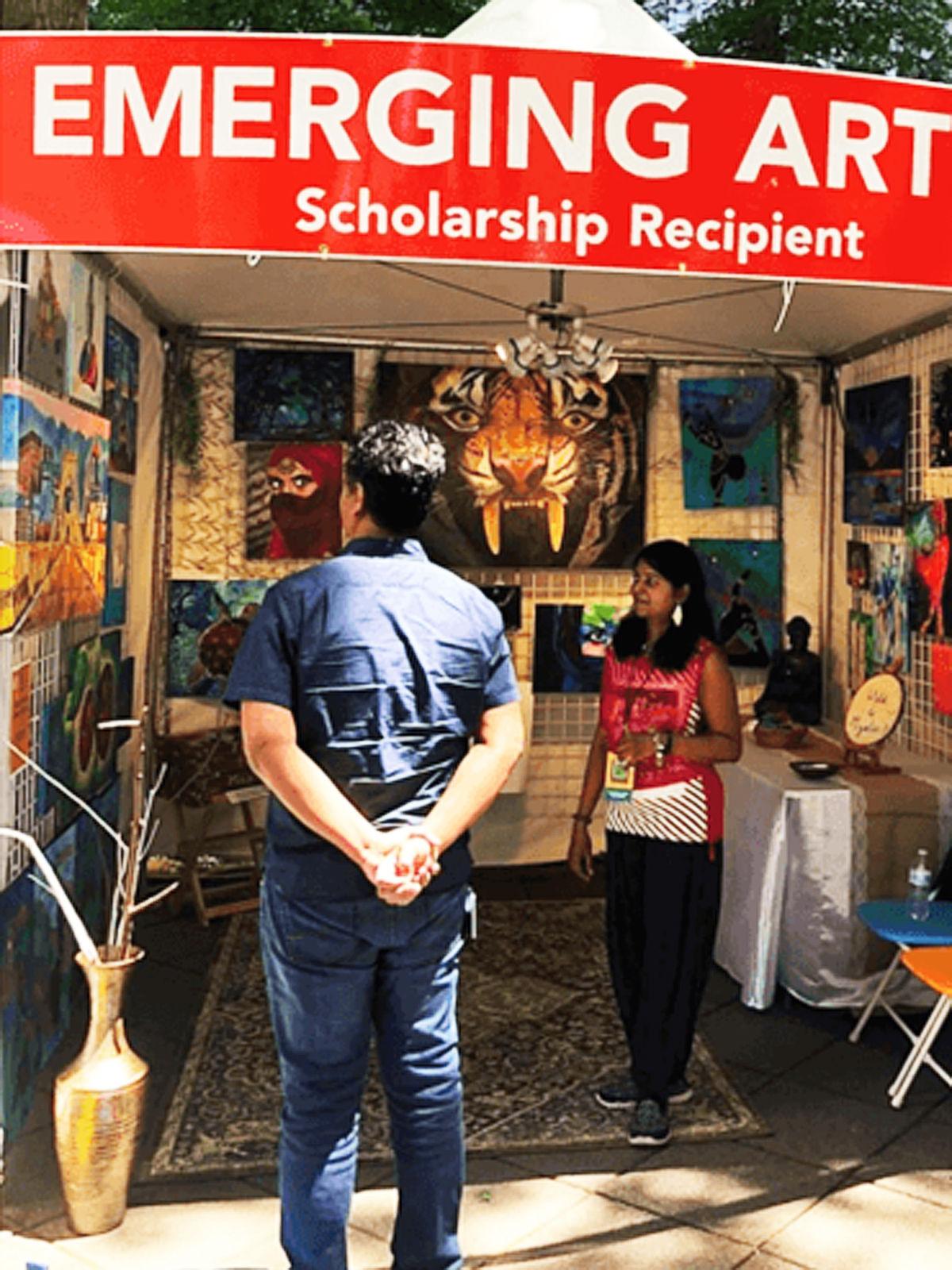 Selva Priya at her Three Rivers Arts Festival booth in 2019. 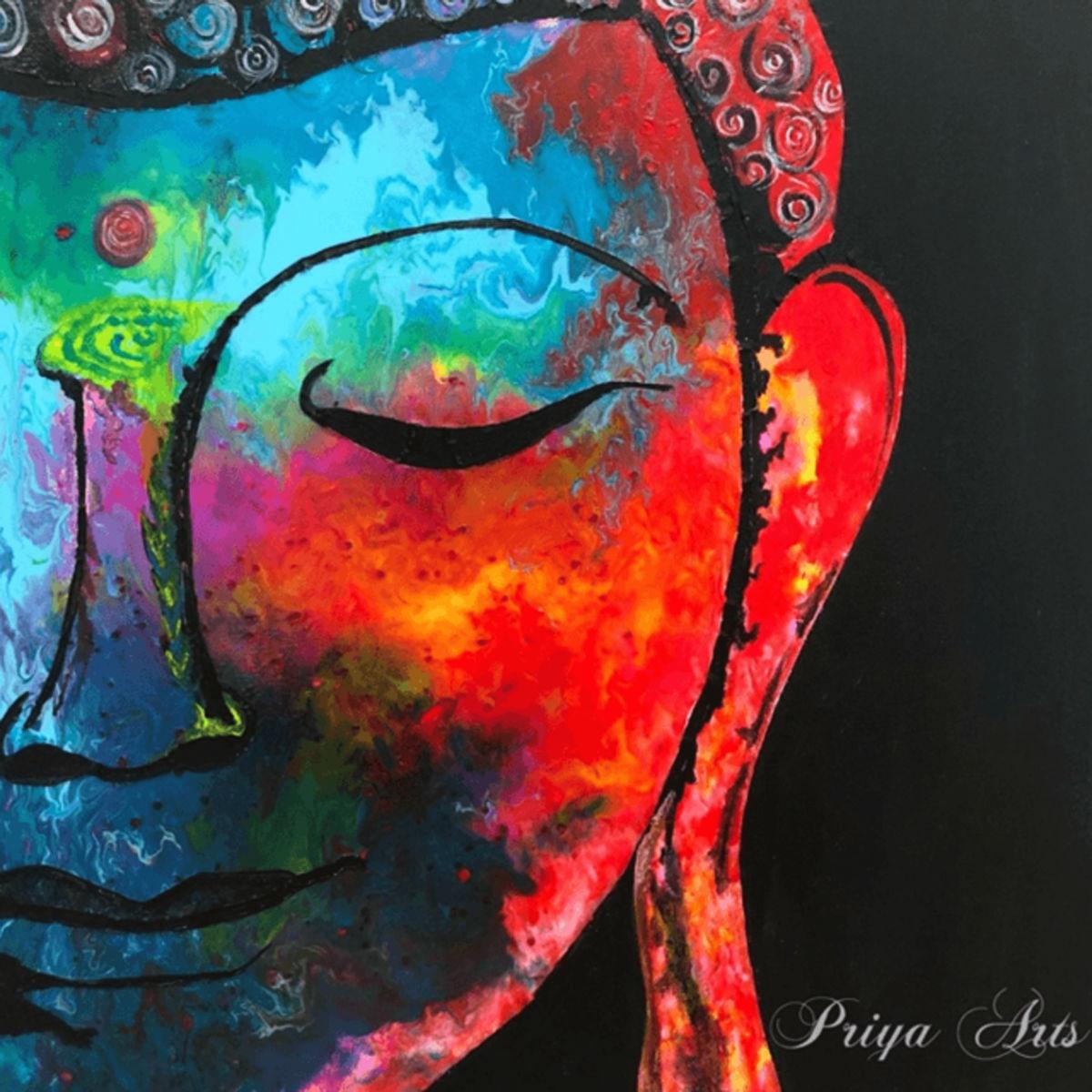 Portrait of a statue by Selva Priya

Selva Priya at her Three Rivers Arts Festival booth in 2019.

As has been the case with practically everything else recently, what was scheduled as the 61st annual Three Rivers Arts Festival was obliged to go virtual because of COVID-19.

The usual schedule of early June events in and around Pittsburgh’s Point State Park was supplanted by a series of live-streamed performances and interactive conversations, along with an online Artist Market to display work in lieu of an actual venue.

Among the market’s featured artists is Selva Priya of South Fayette Township, who has the distinction of being one of only two recipients of the festival’s 2020 Emerging Artist II Scholarship.

Priya said she and seven other artists – “They’re all super-talented, I should say” – were awarded first-year scholarships in 2019, and all could apply for a second year of having all their festival-related expenses covered.

With no expenses incurred this year, Priya’s scholarship will pay for the likes of her booth and the supplies she’ll need for 2021.

Among the bonuses of earning an emerging artist scholarship is the opportunity to meet and talk with those who have more experience in marketing their work. In Priya’s case, that applied to mostly everyone, as last year’s festival represented pretty much the first time she displayed her art at a show, let alone one with the prestige of Three Rivers.

“It’s not just about selling the paintings,” she said about what she learned. “It’s how to reach the customers, how to deal with all the challenges we face, all the nuances, all the little details.”

Helping her address the challenges and details was a mentor who offered her services in conjunction with the scholarship, Artist Market manager Melissa Franko.

“She would answer all of my questions anytime during the festival” – including helping to secure necessities in the middle of the night, according to Priya – “and she still helps me now.”

Priya, in turn, helps aspiring artists realize their talents by teaching in her South Fayette studio. When COVID-19 began to prevent students from attending personally, she took her lessons online via Facebook Live, the recorded videos of which are available for viewing.

“I don’t want to sit idle at home and doing nothing,” she said. “I wanted to do something positive during the lockdown.”

Her lessons proved to be popular, providing a creative outlet for youngsters who were spending more time at home than normal.

“There were so many participants who had never drawn before,” she said. “Some parents told me, ‘I never knew that my kid could draw this well.’ I’m so happy to hear those kinds of things.”

After the series of lessons concluded in late May, she conducted an art contest, presenting awards in various categories. The youngest winner was 5, much to the delight of the girl’s dad.

“He even sent a video to me of how that 5-year-old is following my video and doing exactly the same thing I’m doing,” Priya said, and the father told her: “She found it so interesting. The way you teach is so simple and easy to follow.”

Priya, meanwhile, has been teaching herself some new techniques, concentrating especially on producing realistic-looking paintings, including a convincing self-portrait.

She looks forward to continuing to share her talents with others.

“Little kids, especially, I want them to have that confidence and creativity,” she said. “That is my motivation.”