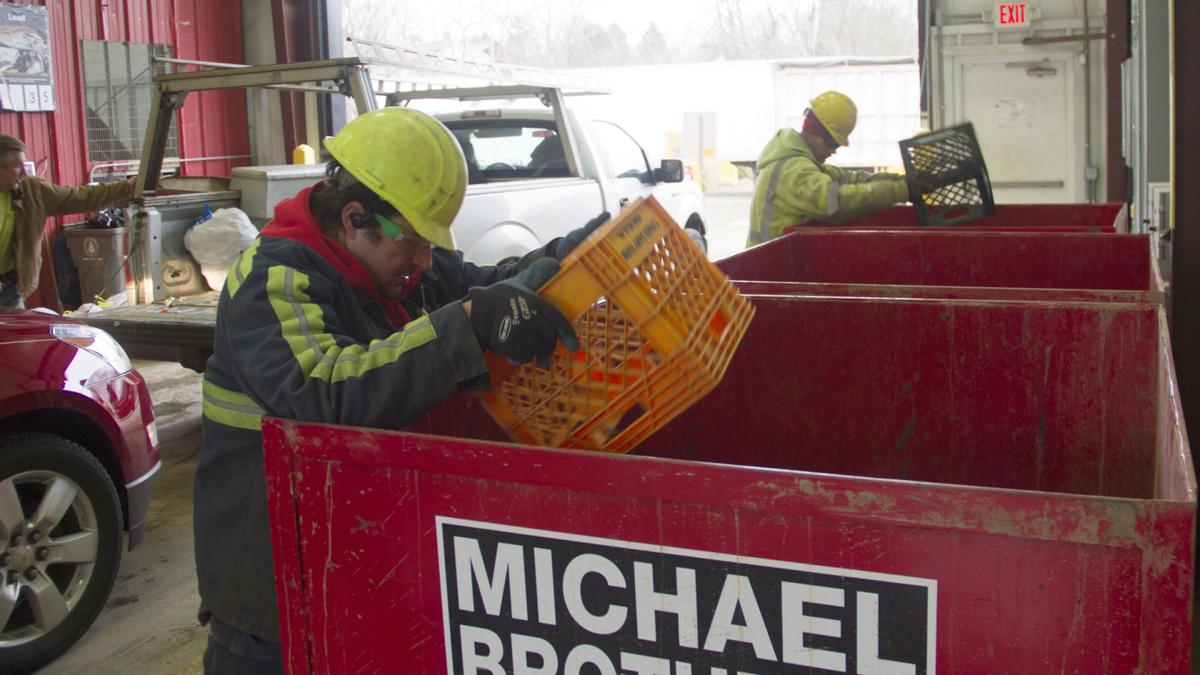 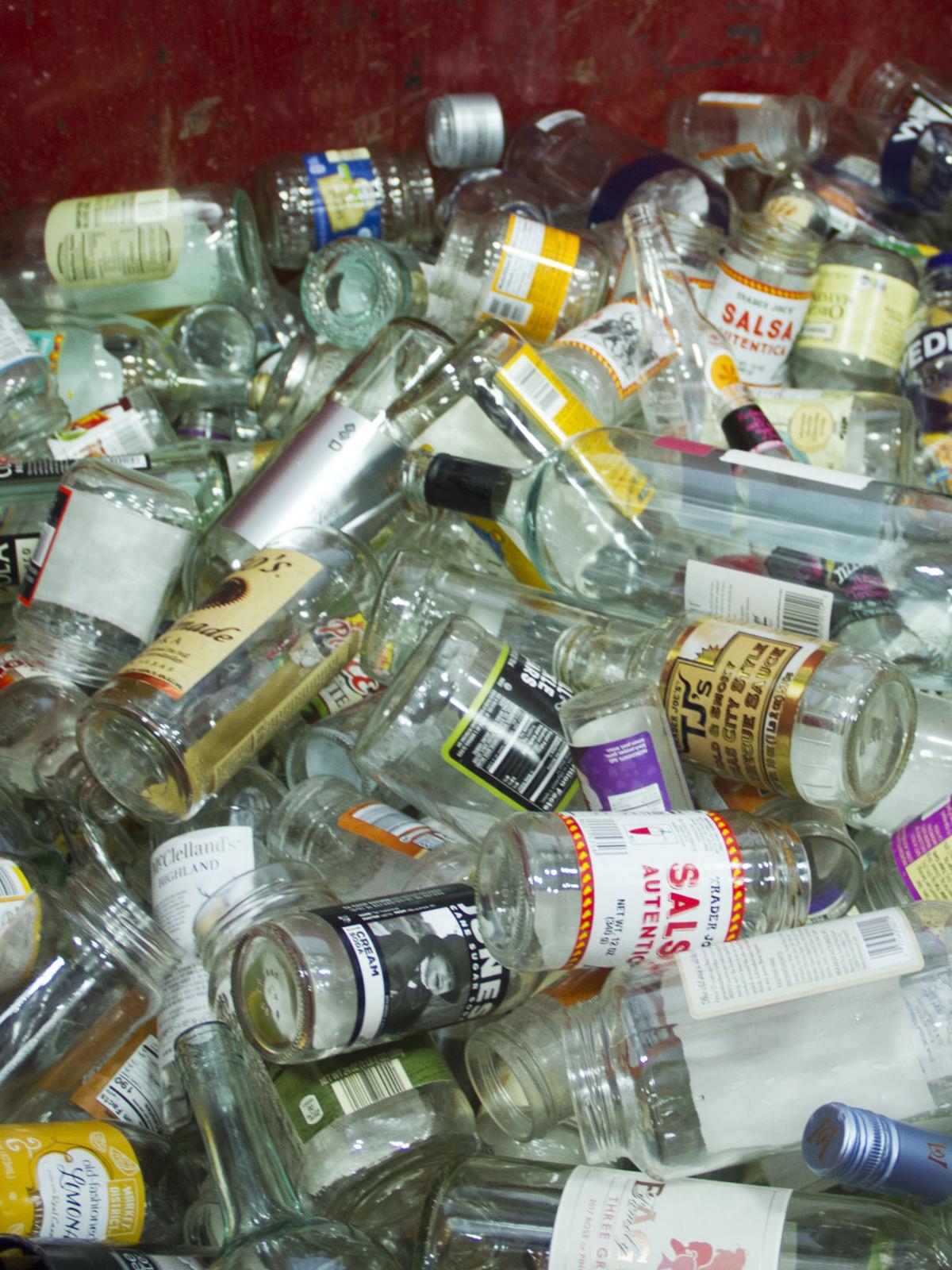 Glass piles up in the "clear" bin. 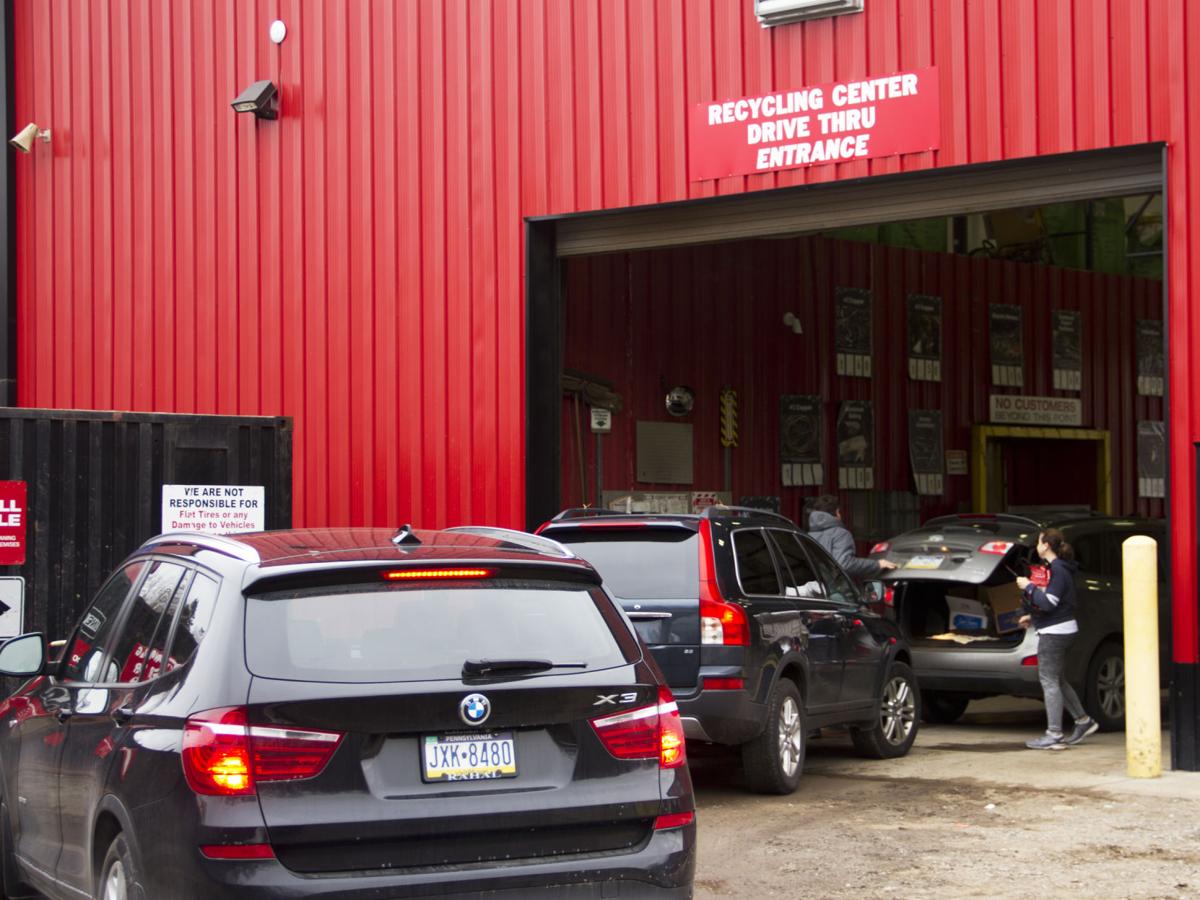 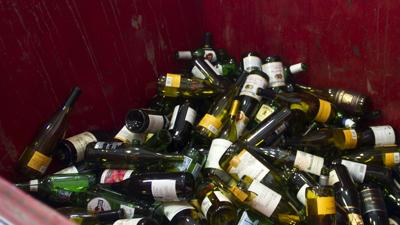 After 45 years in business, Michael Brothers Hauling & Recycling has added a new facet to the operation.

“If you would have asked me two months ago what I thought about glass, I would have told you, ‘I don’t know anything about glass. I can’t imagine doing glass,’” said Tom Milani, vice president of the Baldwin Borough company. “But a couple of good friends of mine from Bethel Park told me the dilemma they were having.”

The dilemma is shared throughout the area by residents who received word that, once 2019 began, they no longer were to put glass in their recycling bins for curbside pickup. That got Milani thinking.

“You know what? We have a drive-through facility for accepting things like aluminum cans and copper wire that’s perfectly designed for customers to drop off,” he said. “It’s not intimidating. We’re not a monster scrapyard. So why don’t we just add glass?”

Those who want to recycle glass at Michael Brothers, 901 Horning Road, can do so from 7 a.m. to 4 p.m. Wednesdays and 7 to 11 a.m. Saturdays. Products must be separated into three colors: clear, brown/amber and green.

“When you come in, we just need you to put it in the correct bin,” Milani said. “We do have attendants who will help, but we ask you to try to be ready. Have them in three different boxes so you can separate it quickly.”

The program started in early February and has picked up in participation as it progresses, with a peak day of about 100 recyclers.

“We ask you what community you’re from, because we want to see what we’re pulling. Right now, Mt. Lebanon is winning,” Milani reported, and that includes the municipality in which his company is located. “But you wouldn’t believe where we have people coming in from. We have Cecil Township. We have South Strabane. People are taking time to drive in, which is wonderful.”

“We hope to be able to continue this program. The only thing that would probably cause us not to is if the next step in the recycling process wouldn’t allow us to,” Milani said. “As long as we have a home to get rid of this glass, we’re going to continue.”

Demand for glass took a hit at the start of 2018 when China, a major importer of recyclables, implemented a ban of 24 materials to go along with tightening contamination standards.

As a result, haulers such as Waste Management Inc., which contracts with member municipalities of the South Hills Area Council of Governments, announced they no longer would accept glass among items to be picked up for recycling.

While glass has many beneficial uses, according to Milani, they’re subject to government regulation varying by state.

“Other states put broken glass in their asphalt mixes,” he said. “Other states use it for bedding around pipe. We don’t.”

“It’s very easy to clean. It’s easy with the right machinery. It’s just, we have to get the right approvals,” he asserted. “Once those end markets get created, there’s no reason glass is getting landfilled. There’s no reason.”

That applies to other materials, too.

“We take anything that has metal on it, no matter how little,” Milani said, including products such as aluminum siding, car batteries, electric motors and insulated wiring. And Michael Brothers provides financial consideration.

“Everybody can use a few extra bucks,” Milani said.

When his father, Steve, started the company, he already had plenty of experience with augmenting his income by recycling.

“He tells the story about how people used to laugh at him when he was in eighth grade, and when the high school boys would throw glass bottles down, he’d pick them up because there was a five-cent rebate,” Tom reported. “He’d get a few of those, and then he’d get a free soda.”

Later in life, Steve would gather enough bottles to fill his gas tank each week, which prompted more laughter. His reaction:

“What did I care? I was doing the responsible thing from a recycling standpoint, but more importantly, I was being able to provide better for my family because I wasn’t putting money out for gas.”

For Michael Brothers in 2019, glass doesn’t represent much of a bonanza.

“I don’t think we’ll make a single dollar on this. I think we’ll probably lose a little bit of money,” Tom Milani said. “But it’s the responsible thing to do, so we’re doing it.”