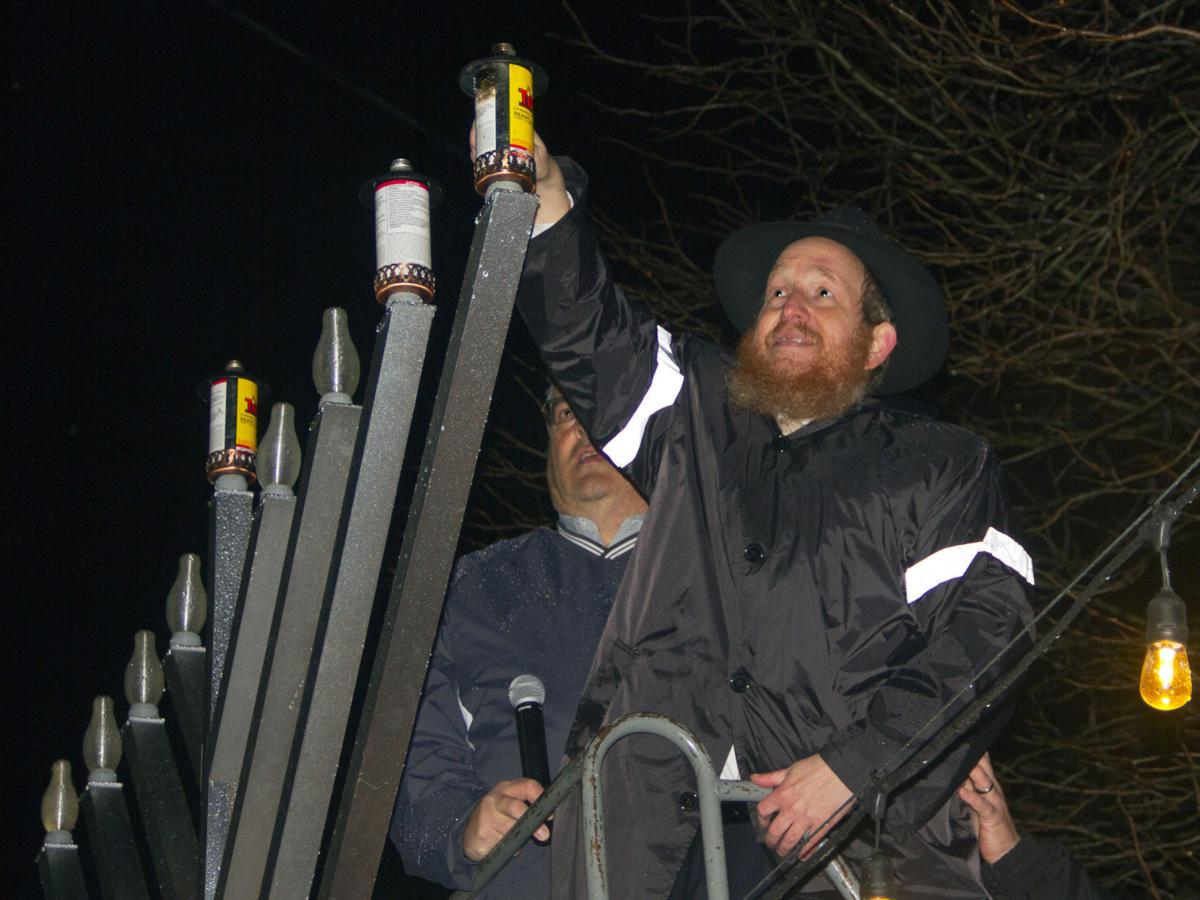 Rabbi Mendel Rosenblum of Chabad of the South Hills lights the menorah during the 2018 festival in Dormont. 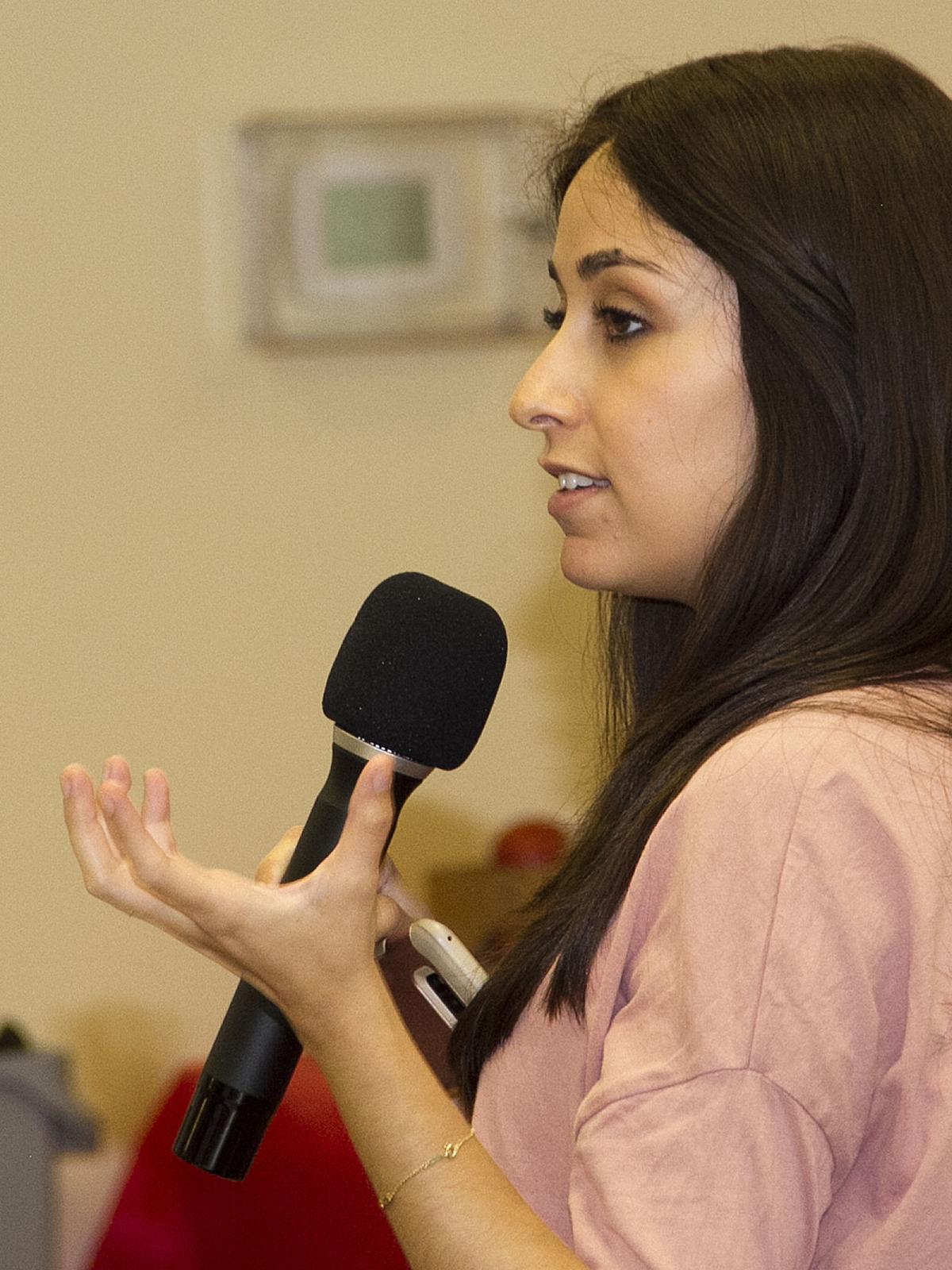 Mussie Rosenblum keeps a busy schedule in coordinating a wide variety of Chabad of the South Hills events. 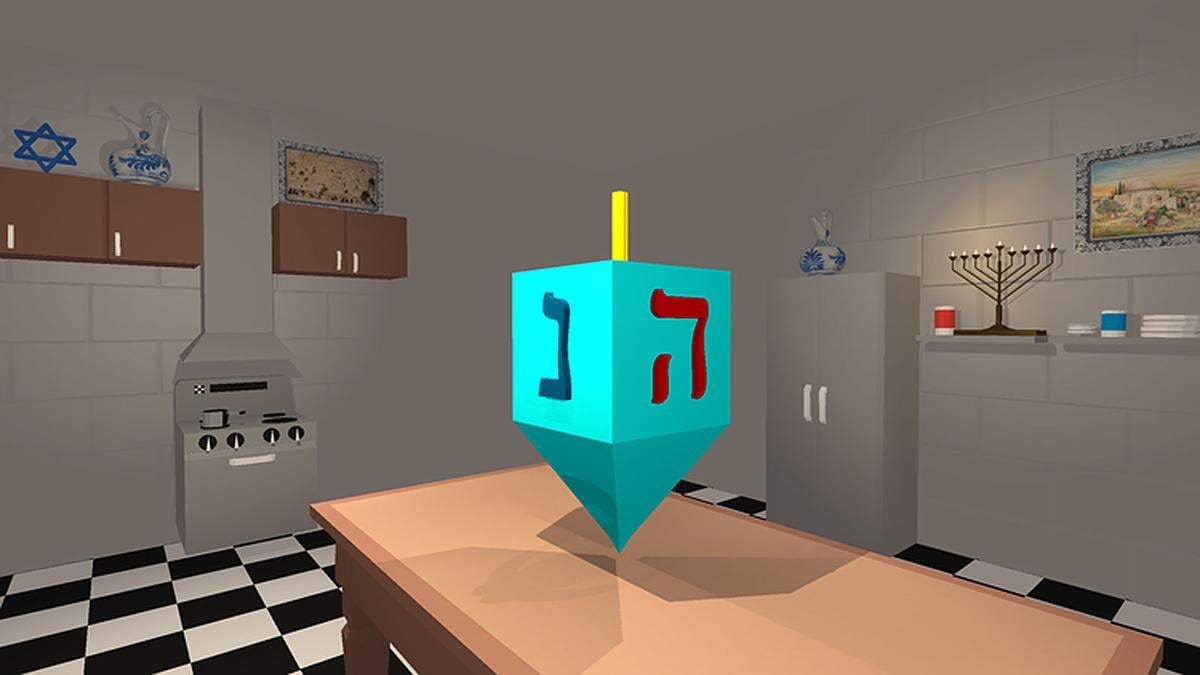 Still from the Chanukah Experience

The Chanukah Experience, a first-of-its-kind foray into virtual reality, serves as one of the highlights of the seventh annual South Hills Lights Community Chanukah Festival. The event is presented by Chabad of the South Hills in Mt. Lebanon, along with Dormont Borough, St. Clair Hospital and South Hills Jewish Pittsburgh.

The festival begins at 5 p.m. Dec. 22 to mark the start of the eight days of Chanukah, wrapping up the evening of Dec. 30. A 12-foot menorah at Potomac and Belrose avenues in Dormont will serve as the center of festivities, which also include music and plenty of holiday treats for youngsters.

For those ages 6 and older, the Chanukah Experience is designed for both entertainment and learning. While wearing an Oculus Go virtual-reality headset, users can watch a 360-degree video about the history of Chanukah, celebrating the liberation of the Temple of Jerusalem from the Seleucid Empire in 165 B.C.

They then proceed to the virtual experiences of spinning a dreidel, cooking latkes, find the last jug of oil to light the menorah and, finally, lighting the eight candles on the menorah.

“He’d been here a couple of years ago, and we really enjoyed him. So we’re bringing him back,” Mussie Rosenblum, Chabad of the South Hills event coordinator, reported. “It will be a singalong-style concert with lots of tunes that people are familiar with.”

Those who attend the festival are encouraged to bring winter clothing and gear with which to decorate the menorah that will be set up along Potomac Avenue. The items then will be donated to people in need.

The event was held for several years at the Galleria of Mt. Lebanon before finding a new home in 2018.

“The borough of Dormont is very enthusiastic about participating,” Rosenblum said. “That definitely means a lot to us and the Jewish community, to have those outside the community showing support and making things happen.”

Everyone who RSVPs in advance will be entered into a raffle. Call 412-344-2424 or email mussie@chabadsh.com.