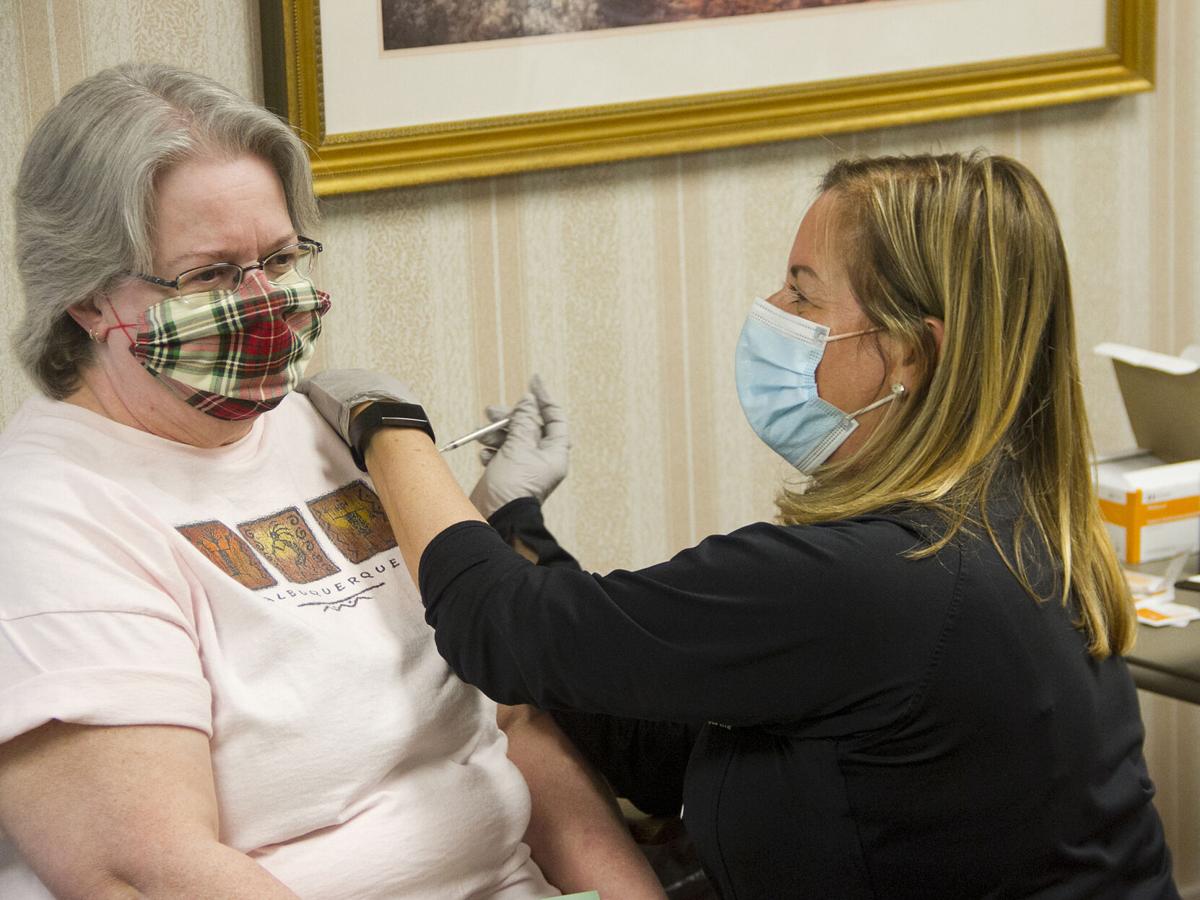 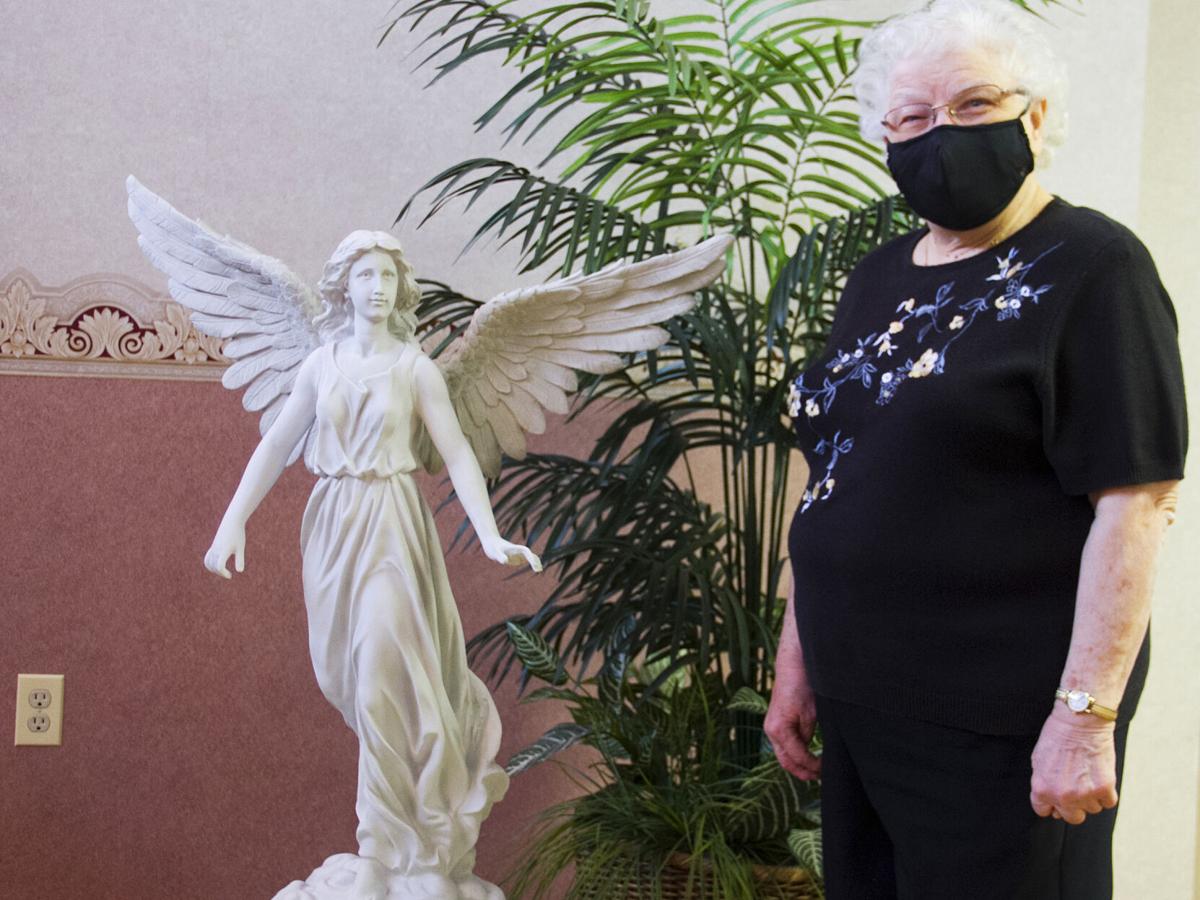 The angel statue received as a gift from Christian Housing Inc. was placed in the St. Thomas More Manor mere minutes before Sister Cecilia Marie Kulik received a call with an offer to vaccinate residents against COVID-19. 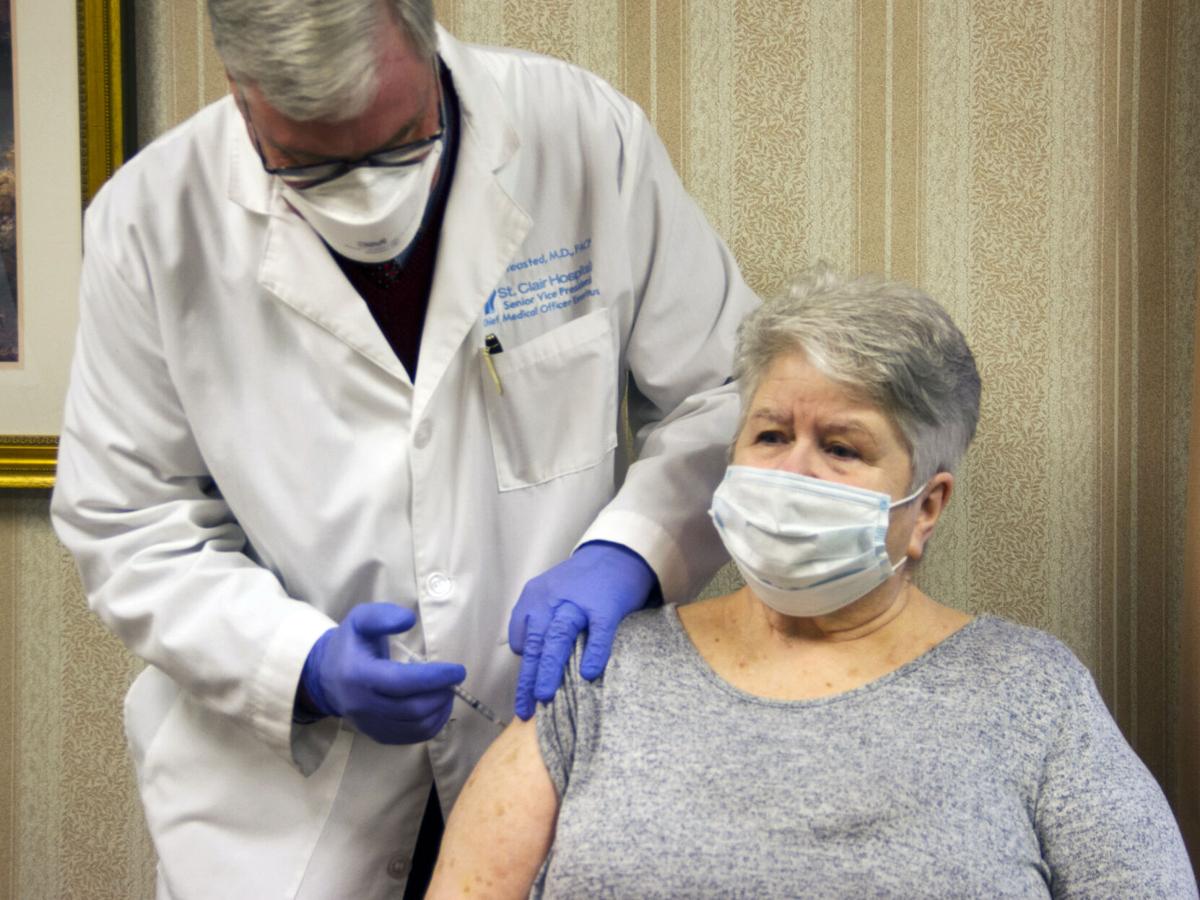 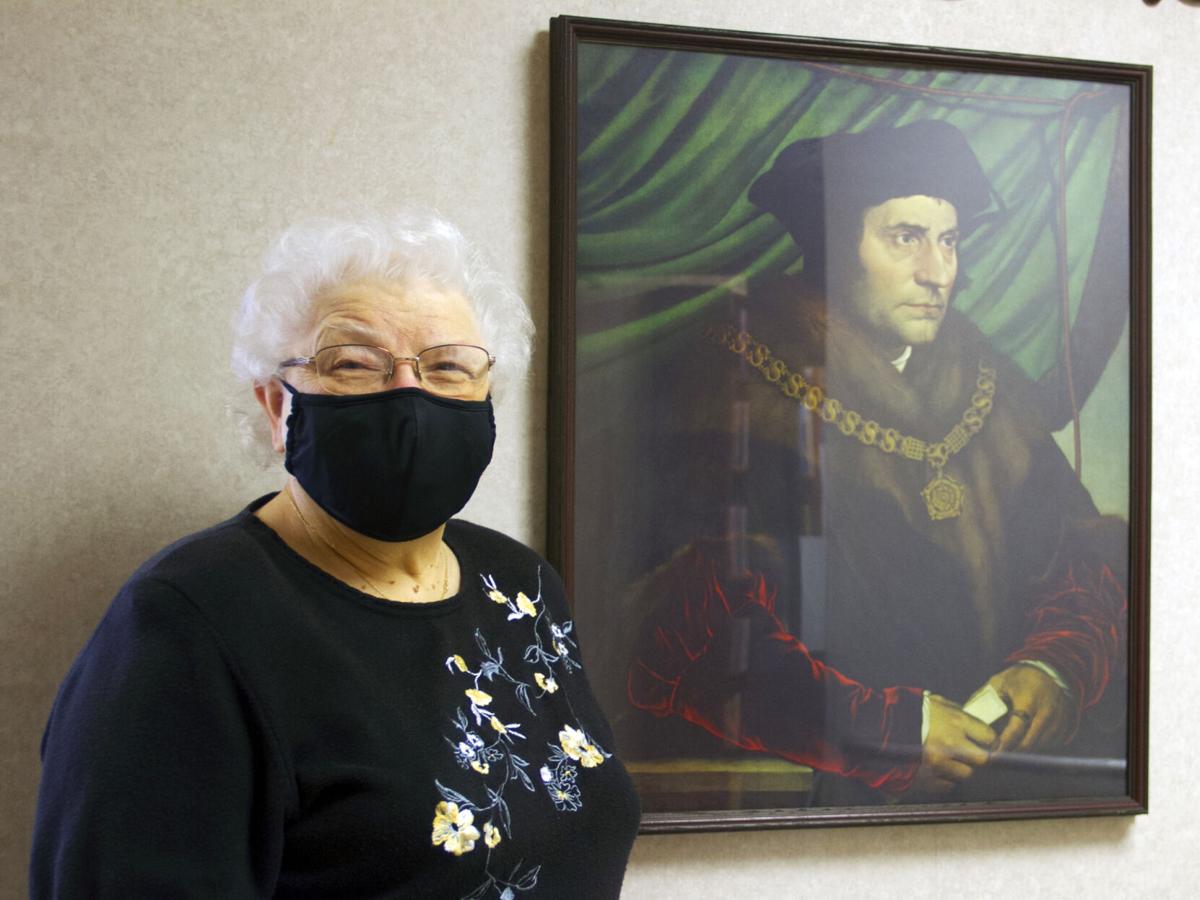 Sister Cecilia Marie Kulik stands next to a portrait of St. Thomas More, the Englishman who lost his life by refusing to acknowledge King Henry VIII's spiritual authority over the Roman Catholic Church.

The angel statue received as a gift from Christian Housing Inc. was placed in the St. Thomas More Manor mere minutes before Sister Cecilia Marie Kulik received a call with an offer to vaccinate residents against COVID-19.

Sister Cecilia Marie Kulik stands next to a portrait of St. Thomas More, the Englishman who lost his life by refusing to acknowledge King Henry VIII's spiritual authority over the Roman Catholic Church.

St. Thomas More Manor was touched by an angel.

At least, the angel touched down at the Bethel Park apartment complex in the form of a four-foot-tall statue, as a gift from Christian Housing Inc. to its 14 facilities in Western Pennsylvania.

“It came Saturday, and I just left it in the office in a box. It was too heavy for me to put together,” property manager Sister Cecilia Marie Kulik said.

With some assistance, she took care of the assembly two days later, and the statue was ready for a prominent place in the foyer.

“We put it out there where we have it,” Sister Cecilia said. “Ten minutes later, Dr. Yeasted called.”

“I jumped on it, of course, and when the people found out, they were crying,” Sister Cecilia recalled. “They were dancing. They were so excited, because they have really been trying so hard to find someplace where they could get it. And there are only a few people in the building who were able to get it someplace else.”

“I felt the flu shot more than I did this one,” a gentleman said after receiving his.

The Bethel Park apartment complex represented the first destination for a St. Clair Hospital initiative to take the vaccine to where it is needed.

“We looked at groups like St. Thomas More Manor, and we felt that these people had, No. 1, difficulty with transportation,” Yeasted said.

They also may have difficulties with computer literacy, he said, and they generally are in the targeted age group for early phase vaccination.

“And finally, you figure if COVID did get into this location, it would spread so quickly,” he said. “We’ll come back in three weeks and give them their second dose, and it’s worked out very well.”

St. Clair Hospital, located in Mt. Lebanon and Scott Township, had received some 7,000 doses as of the end of January, and all of them were expected to be administered shortly afterward, Yeasted reported.

“We started with people over 80 who were hospitalized within the past five years,” he said, recommending that would-be recipients make sure they are on the hospital’s email list for notification.

He also recommended people be patient.

“We’re going through the names, and we’re continuing to get more and more people scheduled as we get more vaccine in. The problem is, you never know when or how much vaccine you’re going to get,” Yeasted said. “We hope it improves.”

At St. Thomas More Manor, staff members had been trying to improve on residents’ prospects of being vaccinated, with luck until the call from St. Clair.

“We were trying to get different leads on it, and we weren’t able to do anything at all,” Sister Marie said. “This, for us, is a real blessing, and it’s just a godsend.”

Now that they’ve been vaccinated, residents are asking her about the requirement to wear masks for the sake of everyone’s safety.