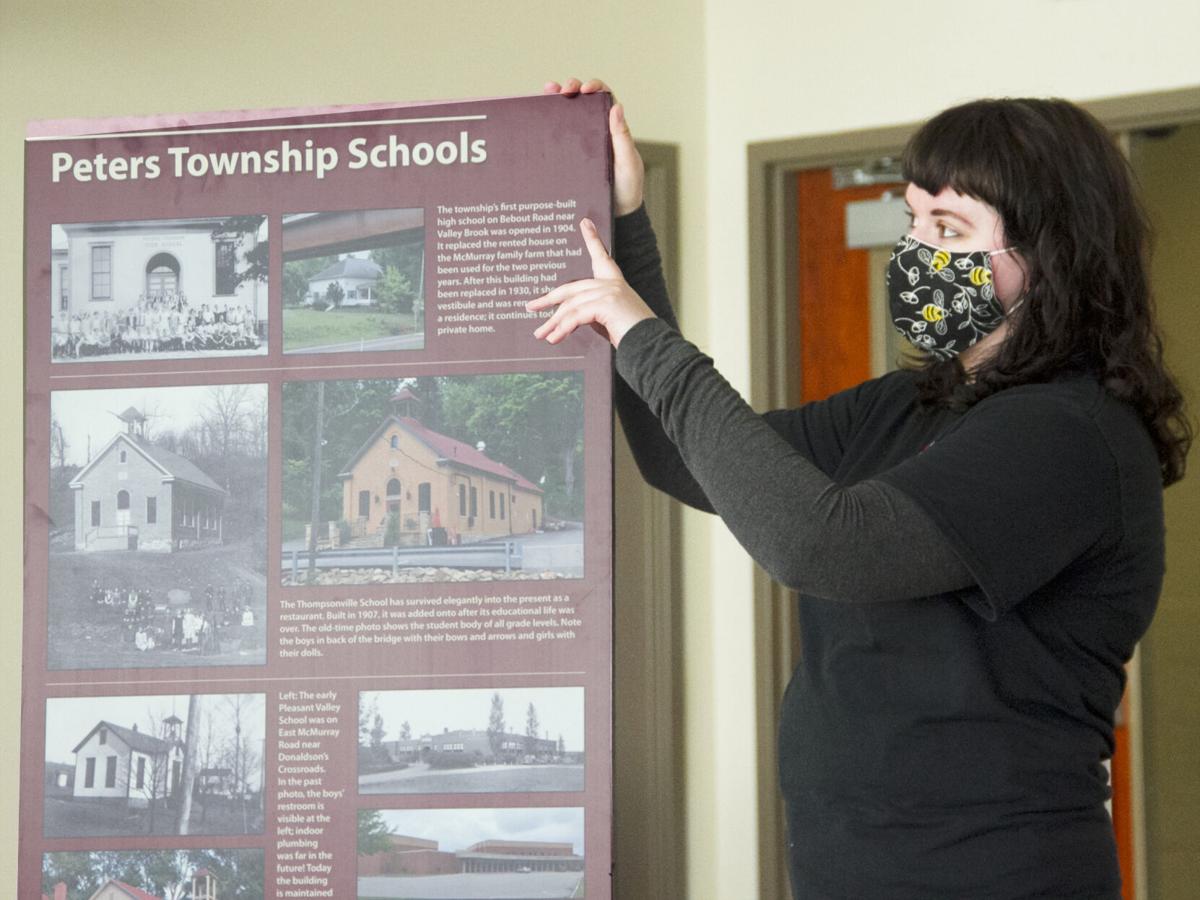 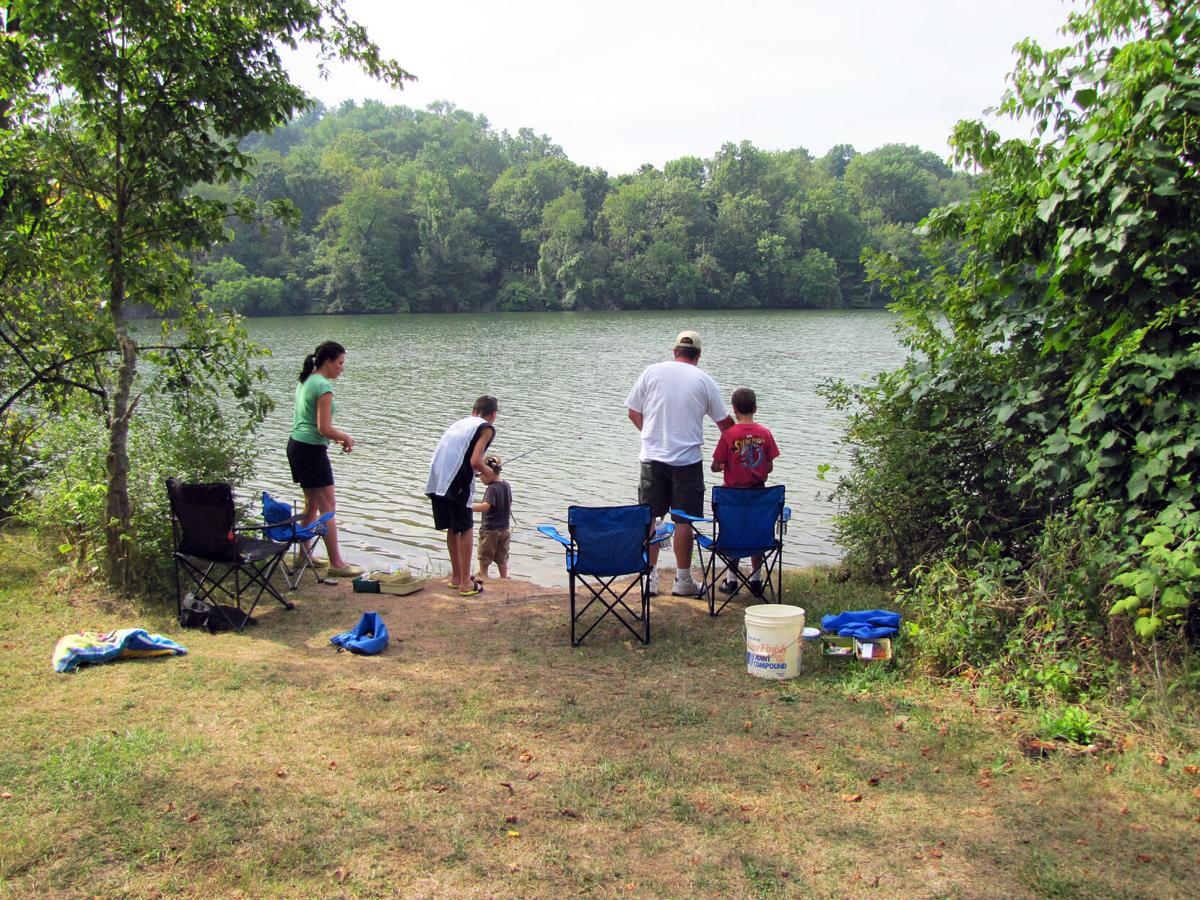 Youngsters and their parents participate in the Peters Lake Fishing Derby, Aug. 13, 2011. 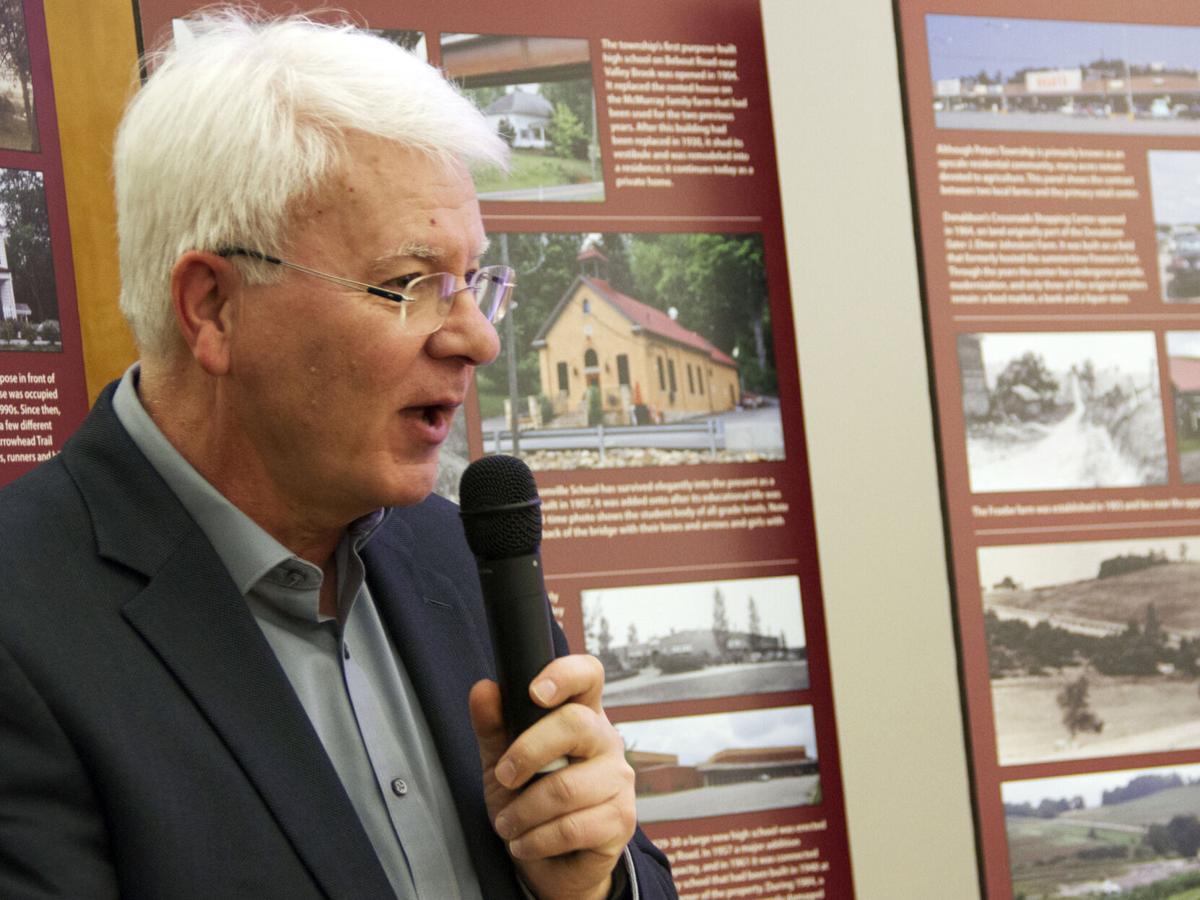 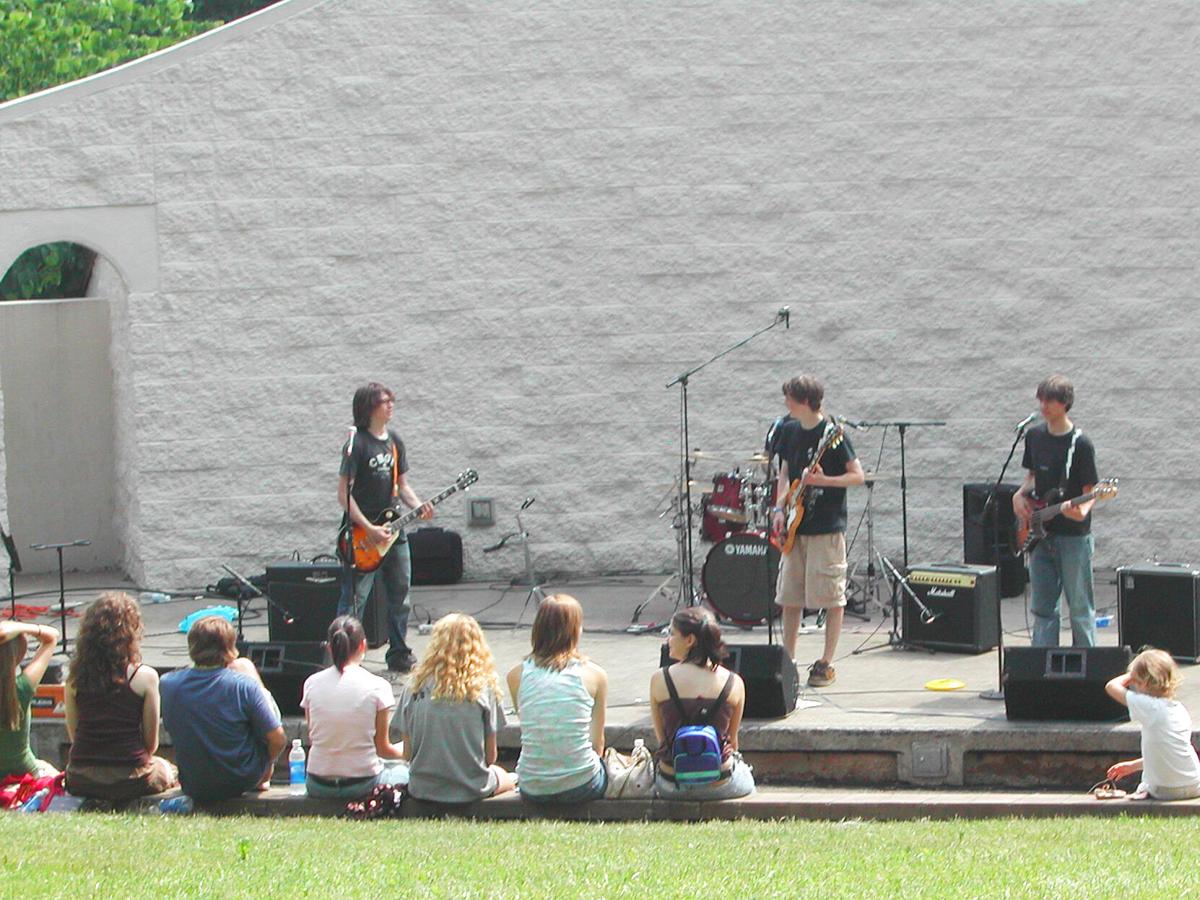 Young musicians perform at the former Peterswood Park Amphitheater circa 2005. 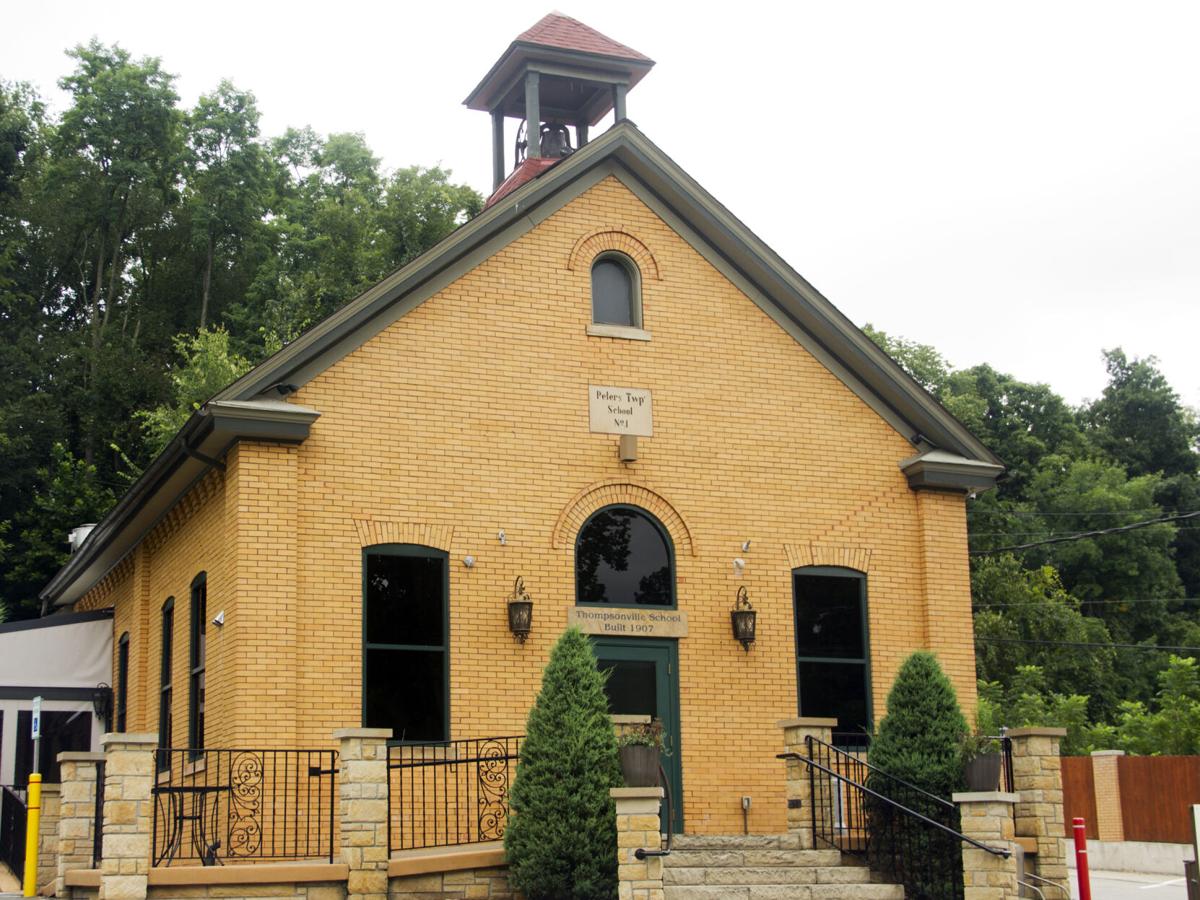 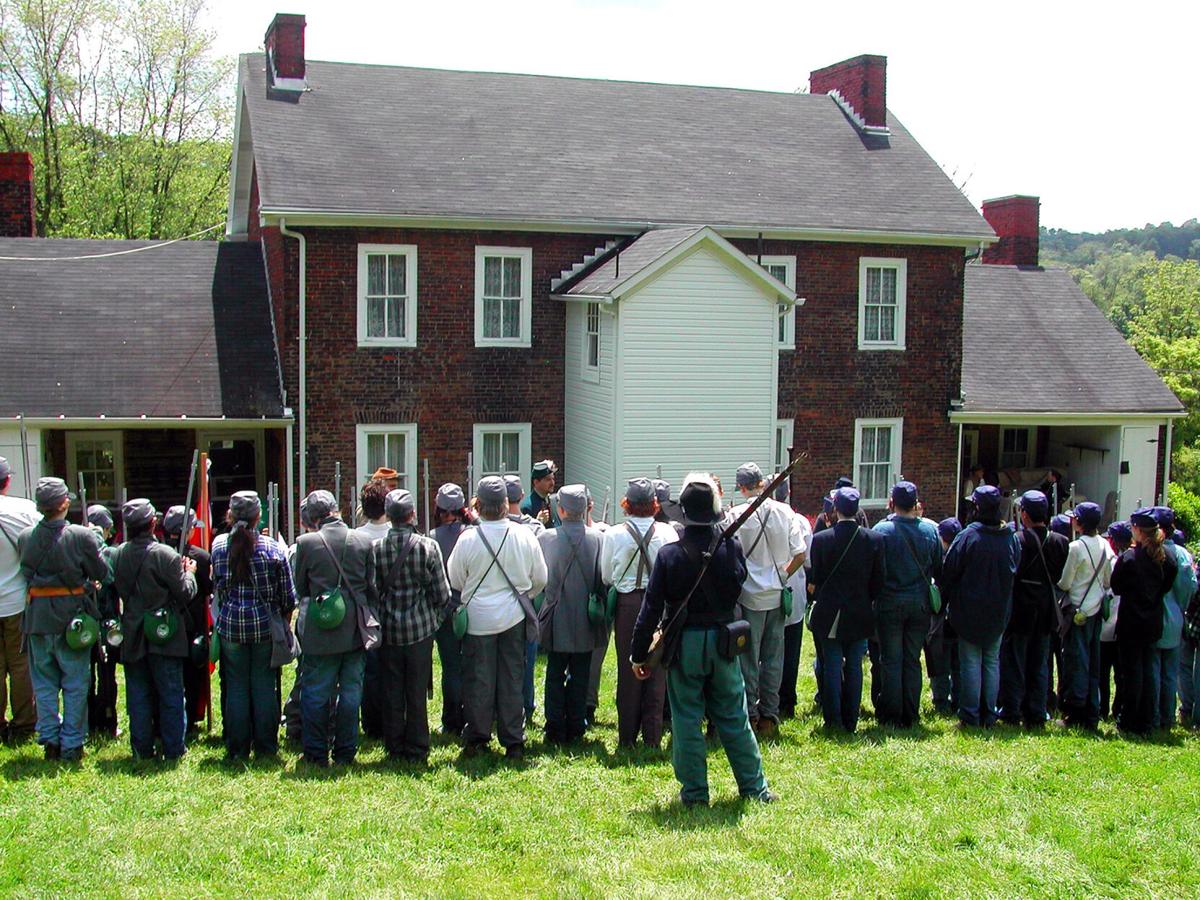 The Enoch Wright House once served as the site for Civil Wa-era encampments led by then-Peters Township Middle School teacher Vaughn Dailey. Shown are students standing in the rear yard in June 2005. 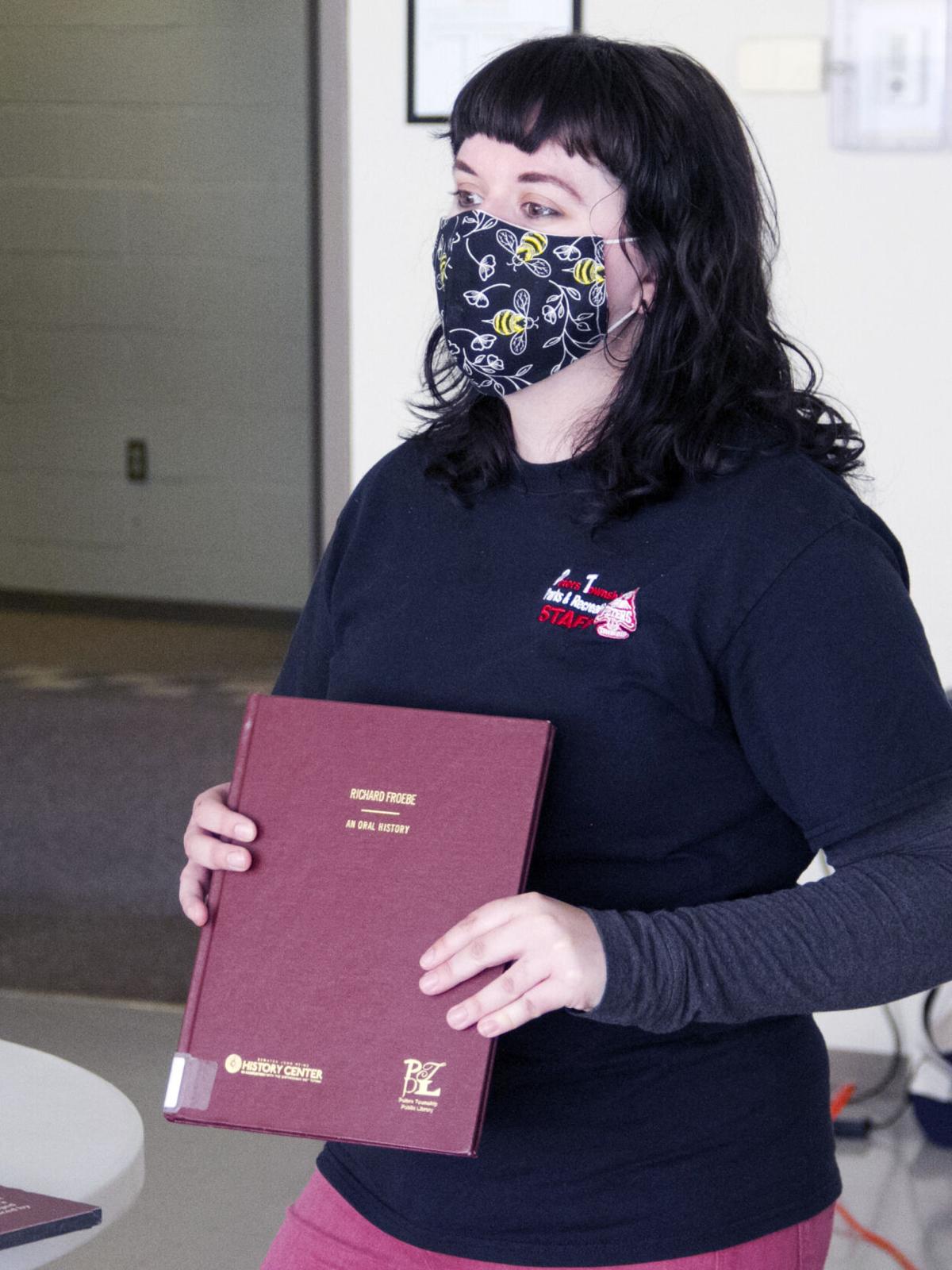 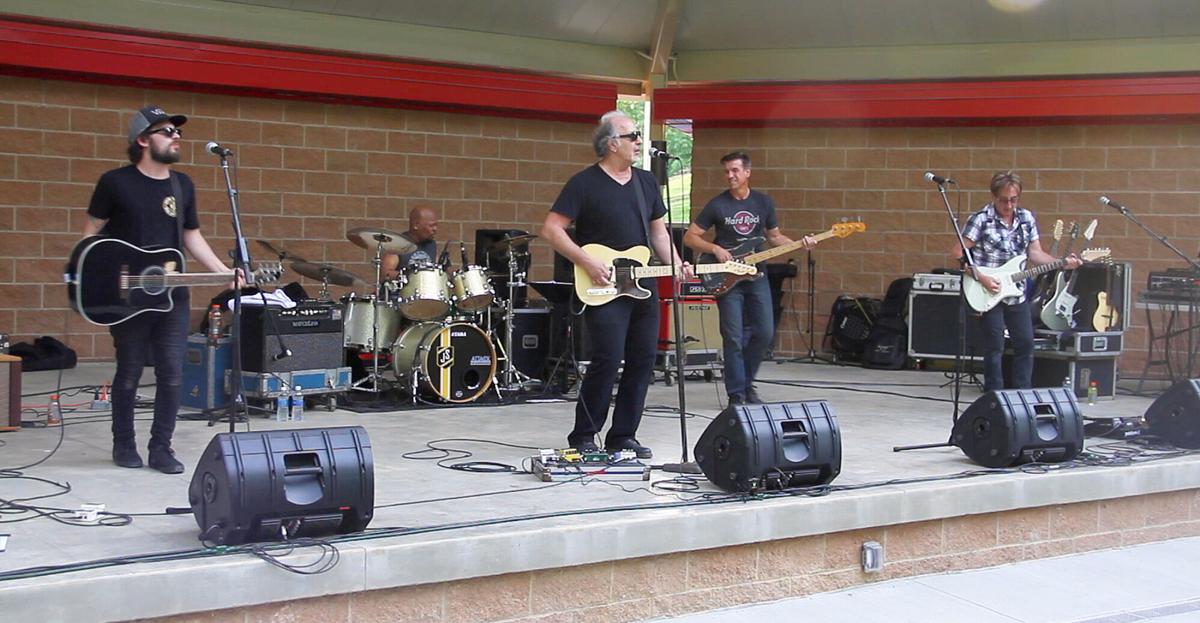 Joe Grushecky and the Houserockers perform on opening night at the new Peterswood Park Amphitheater, June 3, 2017. 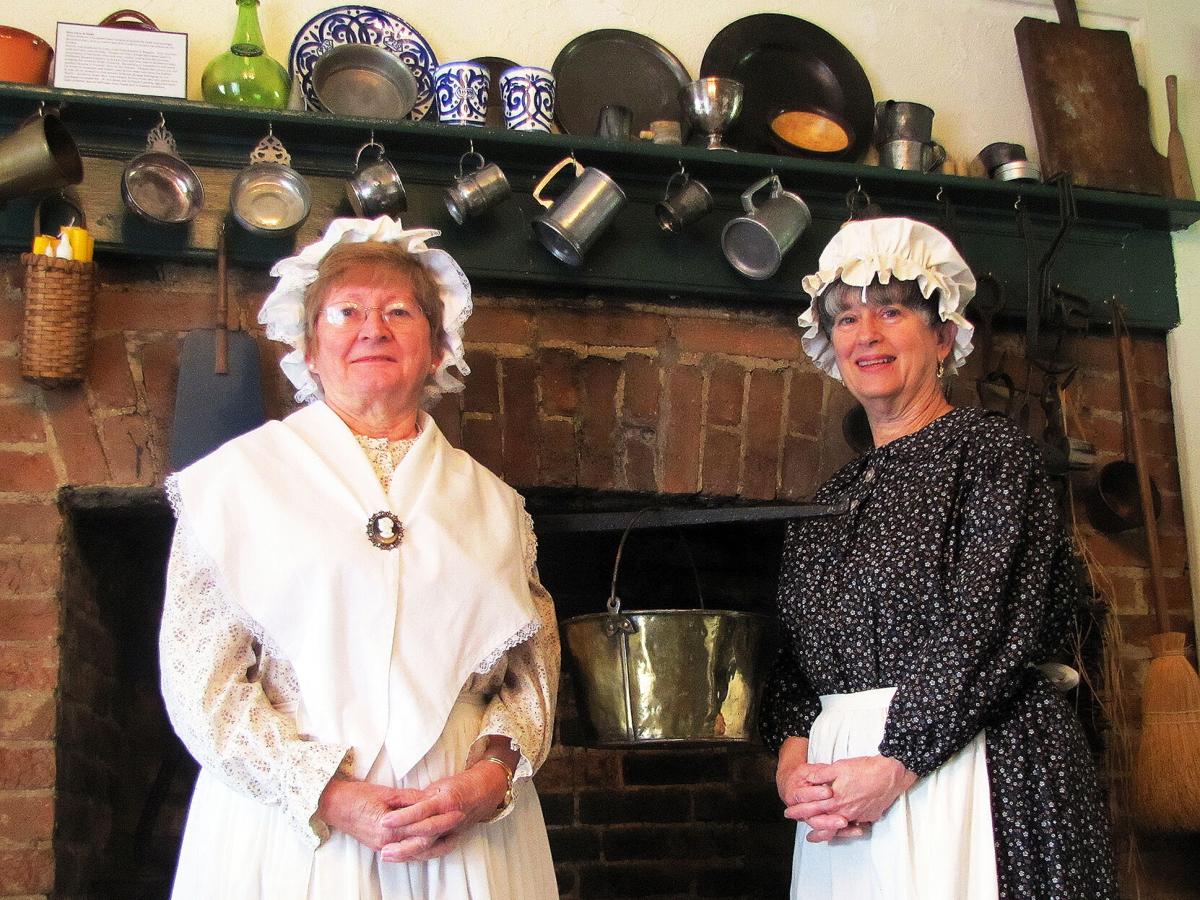 Betty Amato, left, and Ruthann Seraly welcome visitors to the Enoch Wright House for a 2010 event. 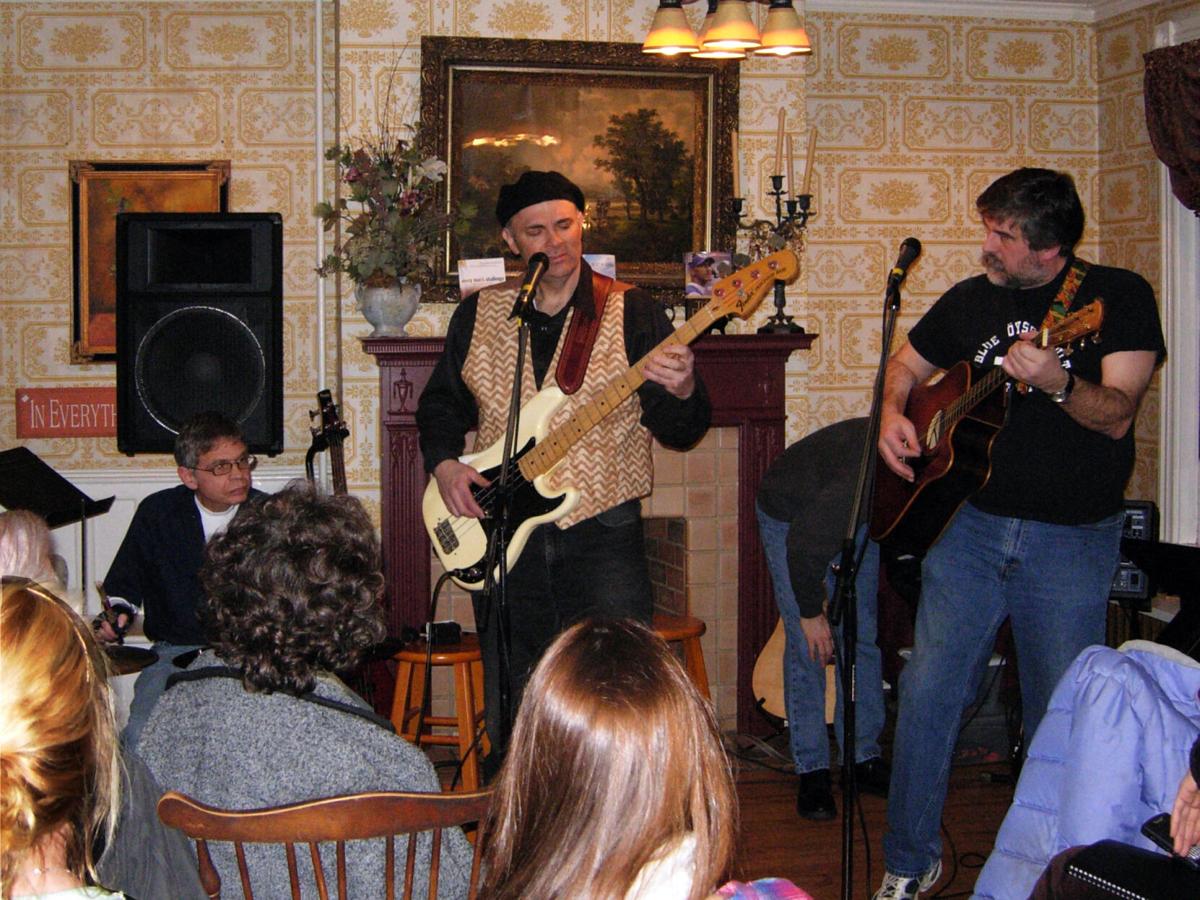 Musicians perform in 2010 at what then was Farmhouse Coffee. 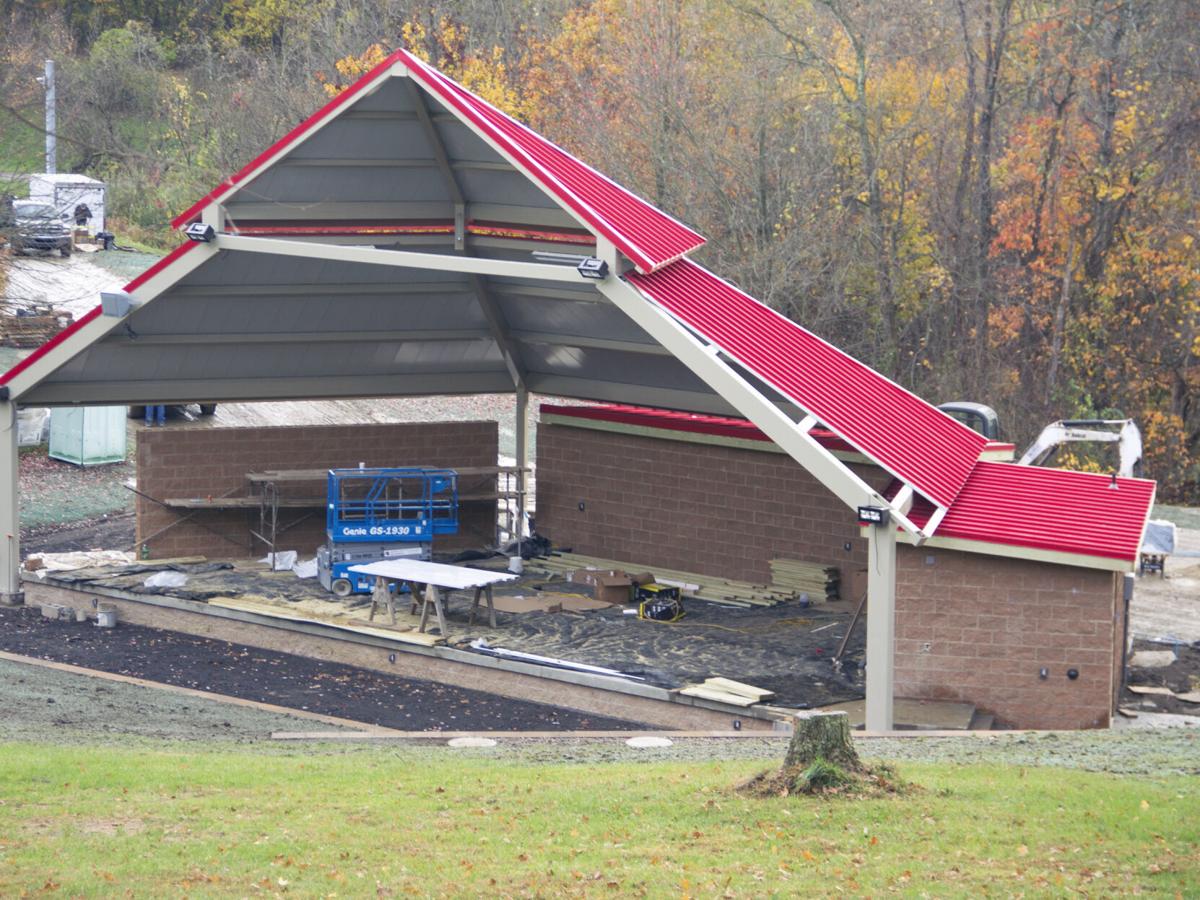 The new Petrerswood Park Amphitheater is under construction in November 2016. 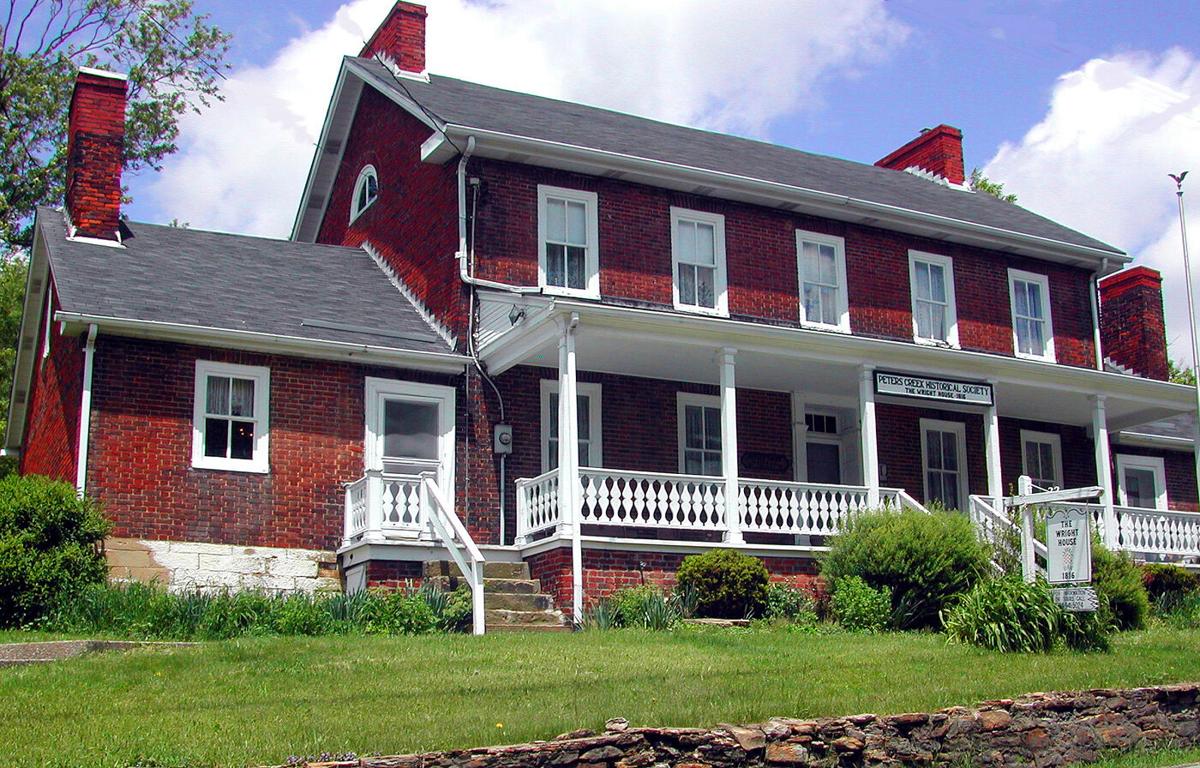 Youngsters and their parents participate in the Peters Lake Fishing Derby, Aug. 13, 2011.

Young musicians perform at the former Peterswood Park Amphitheater circa 2005.

The Enoch Wright House once served as the site for Civil Wa-era encampments led by then-Peters Township Middle School teacher Vaughn Dailey. Shown are students standing in the rear yard in June 2005.

Joe Grushecky and the Houserockers perform on opening night at the new Peterswood Park Amphitheater, June 3, 2017.

Betty Amato, left, and Ruthann Seraly welcome visitors to the Enoch Wright House for a 2010 event.

Musicians perform in 2010 at what then was Farmhouse Coffee.

The new Petrerswood Park Amphitheater is under construction in November 2016.

This year, Peters Township is celebrating the 25th anniversary of a recreational amenity that still tends to be one of its best-kept secrets.

“When I direct people there, I will get calls on the phone: Are you sure I’m going the right way? I’m driving past a bunch of houses,” Kelsey Munsick said. “There’s no giant sign. Where’s the park?”

If they keep driving east to the end of Center Church Road, they’ll be in Peters Lake Park and its namesake body of water. And Munsick, a recreation supervisor for the township, has fond memories of visiting the park frequently while growing up nearby.

She recently conducted a Senior Stroll Through History program focusing on local parks and other facets of the township’s past and present.

As for Peters Lake Park, the municipality acquired the property in 1996, reservoir included, from what then was Pennsylvania-American Water Co.

“That was actually used for drinking water, but they decided it was getting a little silty,” Munsick said. “Once you have all of that sediment running down in there, it really isn’t a great water source anymore. So they turned it over to the township, and we turned it into the park you know today.”

To help promote awareness of the park, then-township manager Mike Silvestri came up with the idea of the parks and recreation department hosting an event for children that since has taken place annually for more than two decades: the Peters Lake Fishing Derby. The McMurray Rotary Club, of which Silvestri was a member at the time, continues to sponsor the summer outing.

Meanwhile, the park has undergone a few changes over the years, with improvements by the township complemented by a series of Eagle Scout projects.

“I remember when I was really young, I was all excited to jump over the little streams of water,” Munsick recalled. “And now, the Scouts put these giant bridges there, which I really appreciate now that I’m a little bit older.”

She and other members of the parks and recreation staff are based in the 17-year-old Peters Township Community Recreation Center, built as one of the many amenities in the 133-plus acres of Peterswood Park.

Among numerous sports fields, playgrounds and pavilions is an outdoor amphitheater that once was made of concrete, a setup that tended to make hot summer days a challenge for those performing onstage. A newly built amphitheater opened in 2017, with Pittsburgh-area legends Joe Grushecky and the Houserockers headlining the first concert.

Since 1978, Peterswood Park has hosted the township’s annual entertainment-filled Community Day, at least prior to 2020-21 events being canceled because of COVID-19.

“Before we had Community Day, we had the Farm Fair,” Munsick said, reflecting Peters’ first two centuries of history as primarily an agricultural community. “As this township grew, they kind of needed something a little bit different.”

Peters became the site of something a little bit different in the mid-1980s with a project to convert the abandoned Montour Railroad line into what became the Arrowhead Trail, another effort led by Silvestri. A few years later, work started on what now is the Montour Trail system, stretching from Coraopolis to Clairton, of which the Arrowhead is part.

Munsick spoke about the trails and some of the nearby sites of historical interest, including the onetime home of the locally prominent McMurray family, which still sits on a hill overlooking the increasingly busy intersection of East McMurray and Valley Brook roads. The building in recent years has served as the location for a series of businesses, including the popular gathering spot Farmhouse Coffee and, today, Vintage to Vogue.

Another historic building Munsick mentioned as housing a business is the one-room Thompsonville School, now the Italian restaurant Arlecchino.

“One of the things they never actually put in there when it was a schoolhouse, which was why it had its demise, was plumbing,” she said. “The original was built in the 1850s, and the brick structure around it was put in in 1904. They shut it down for educational purposes in 1935.”

Even older than the school, by about four decades, is the Enoch Wright House. Located on Venetia Road near township’s Hackett neighborhood, the house is owned by the Peters Creek Historical Society, and Munsick emphasized the efforts and expenses that go into maintaining such structures for posterity.

She also pointed residents with an interest in local history in the direction of the Peters Township Public Library Historical Archives.

Through funding from The Peters Township Library Foundation, consulting archivist Carolyn Friedrich is leading work to preserve and increase access to relevant materials, assisted by reference librarian Margaret Deitzer. When the work is completed later this year, visitors will be able to view the collection by appointment.