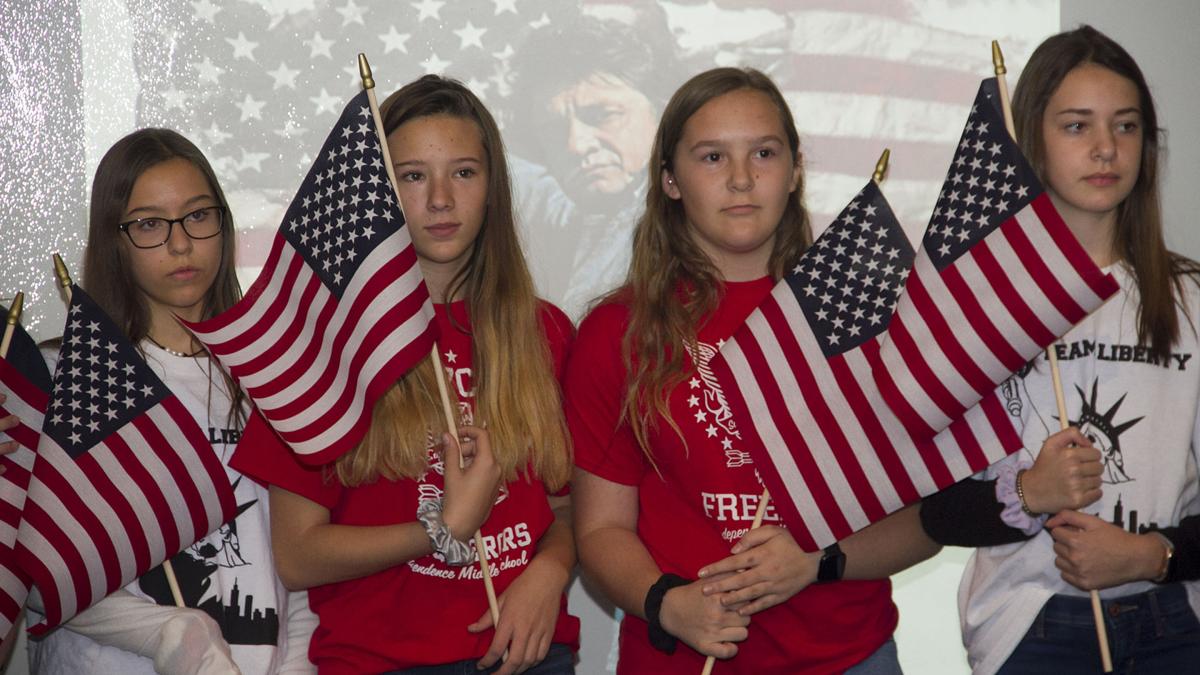 Students at Independence Middle School in Bethel Park participate in a patriotic ceremony during the school’s annual breakfast to honor service members. 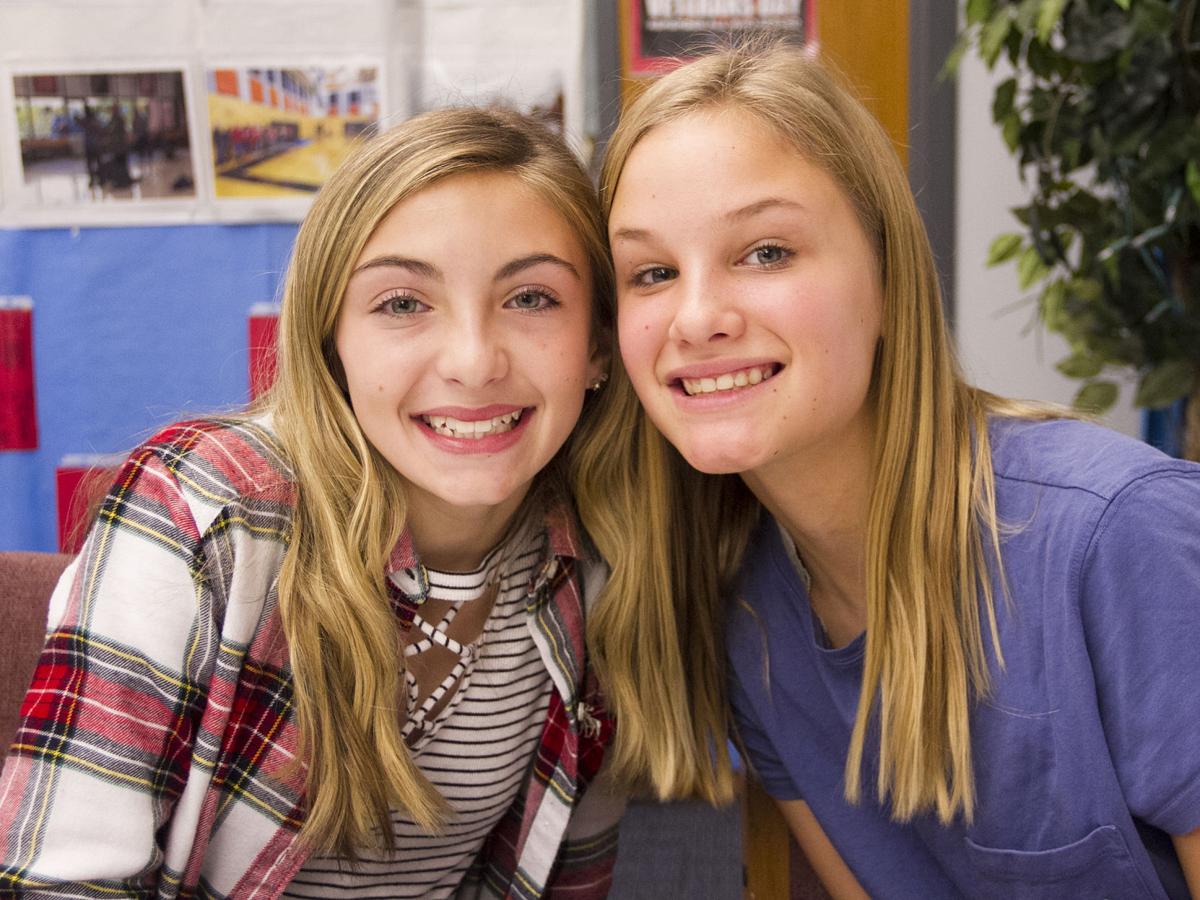 Eighth-graders Jenna Lang, left, and Ella Devine are among the students who helped organize the event. 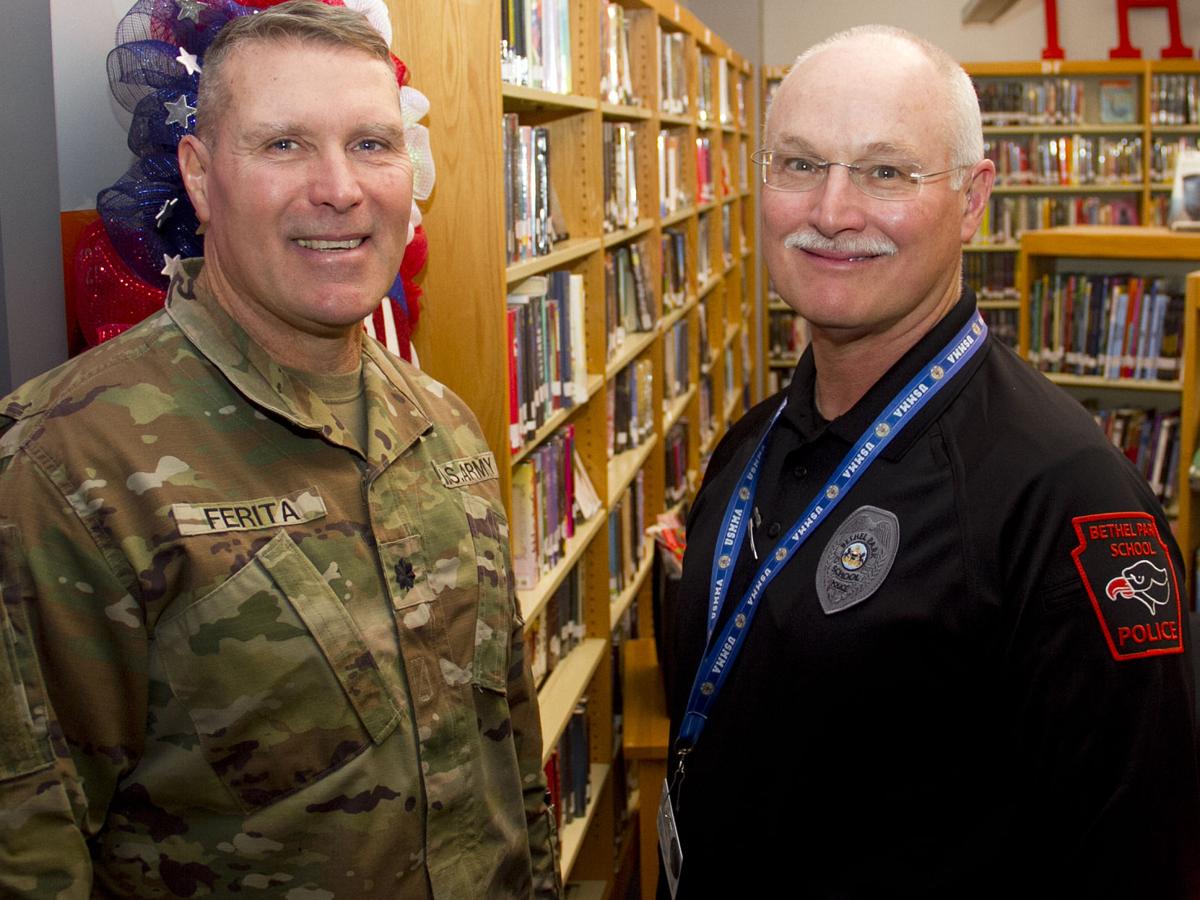 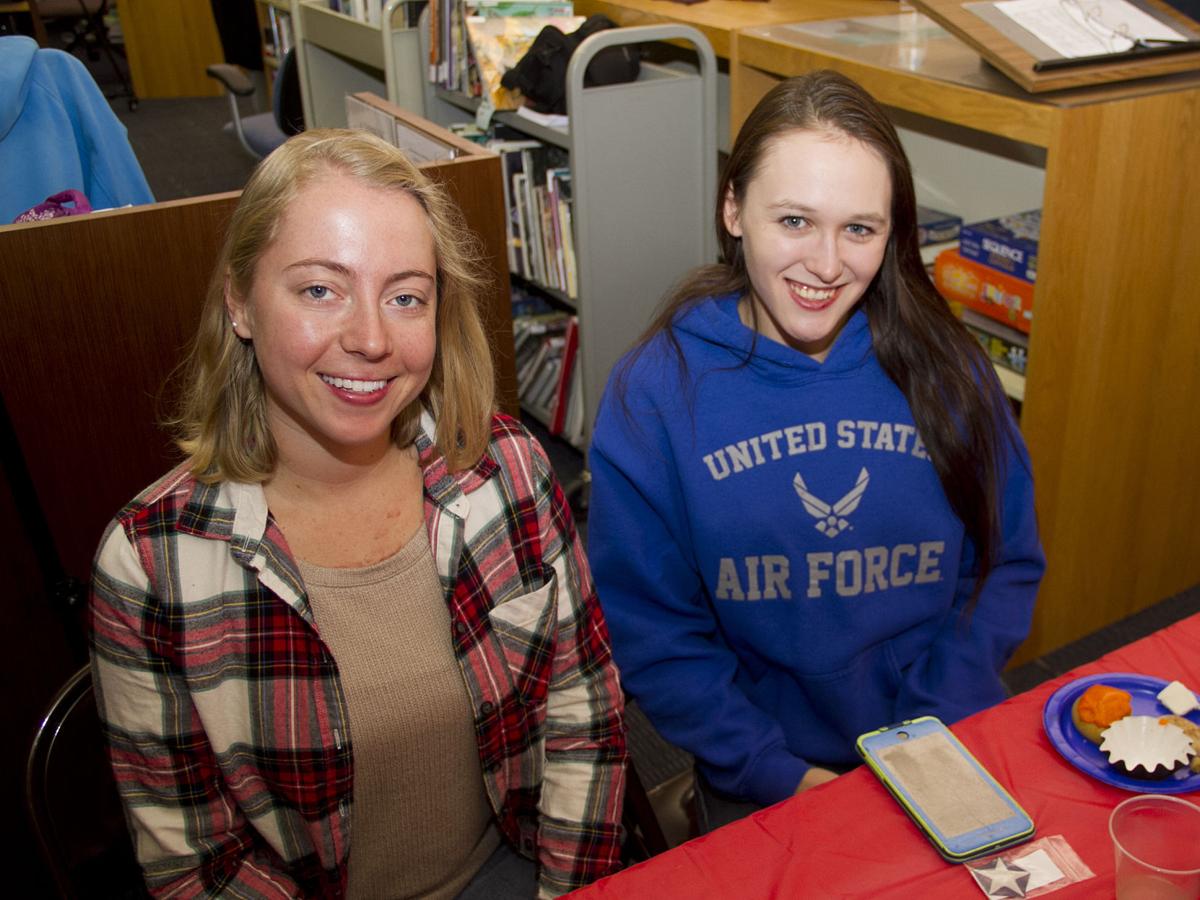 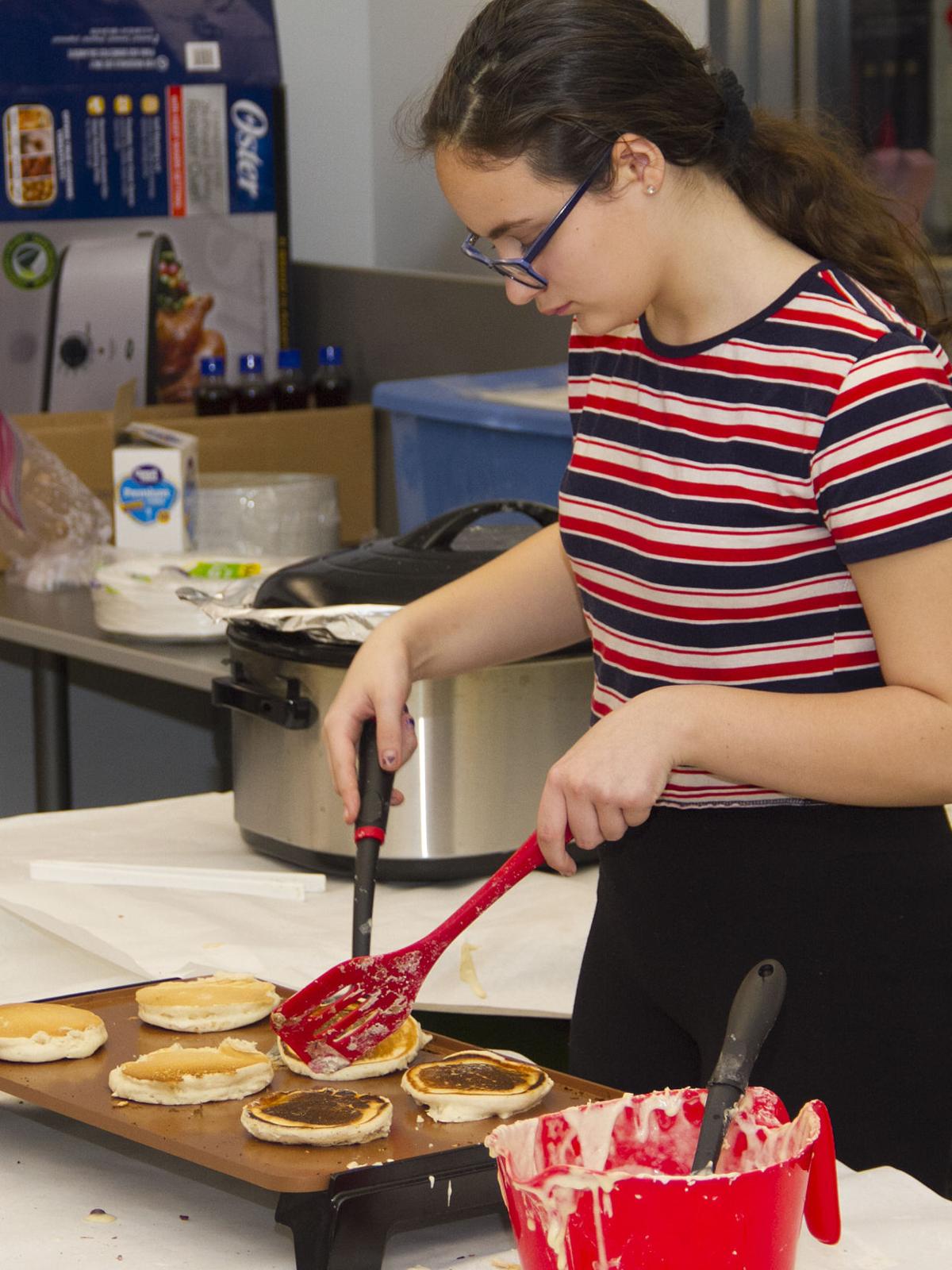 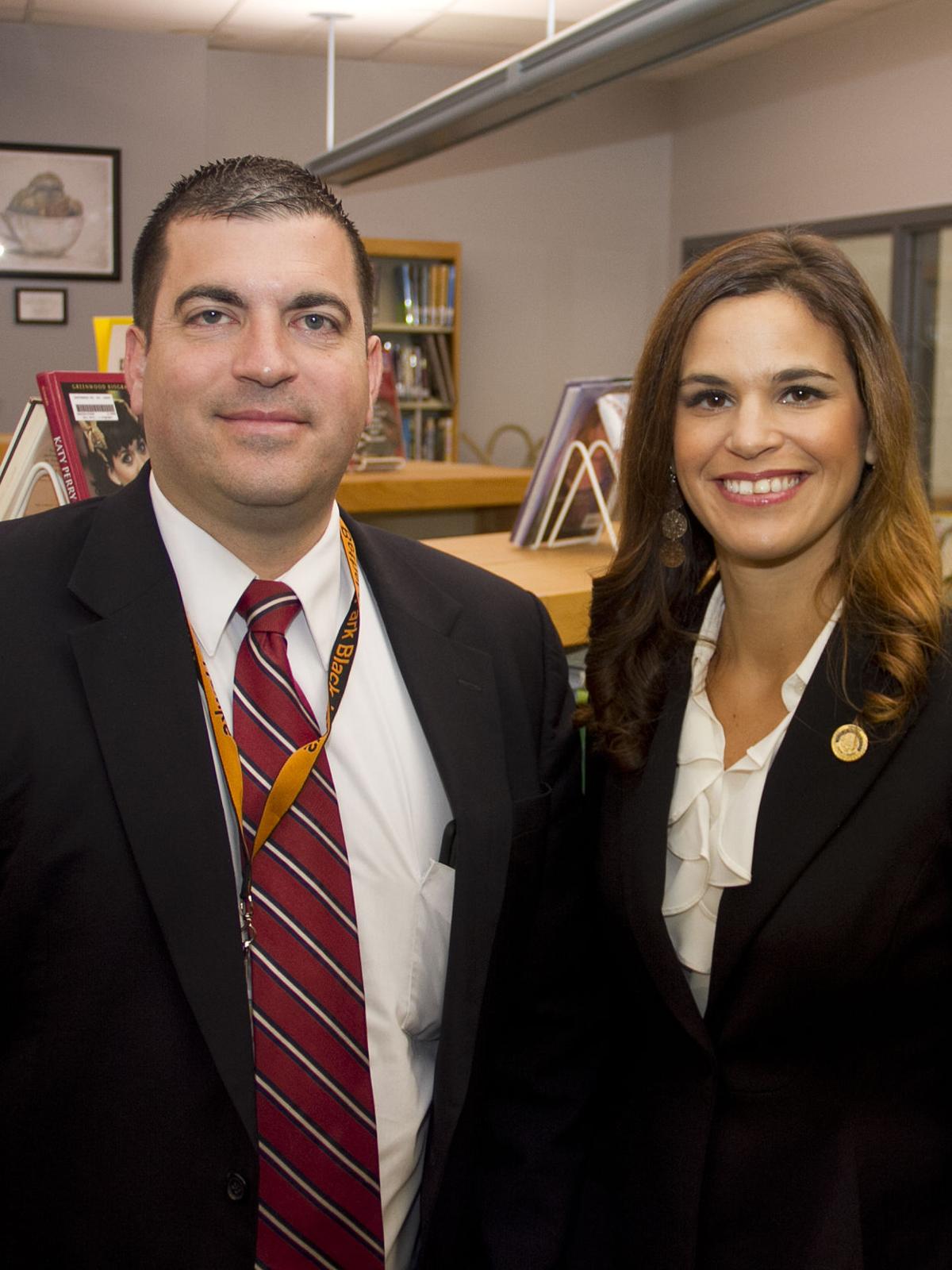 Students at Independence Middle School in Bethel Park participate in a patriotic ceremony during the school’s annual breakfast to honor service members.

Cooking pancakes can be more difficult than it looks, but students at Bethel Park’s Independence Middle School did a fine job in a makeshift kitchen to provide plenty of folks with a delicious meal to start the day.

The school’s annual breakfast for people who have served our country took place on Nov. 8, drawing an appreciative crowd that filled the Independence library.

As such, Independence has a Bring a Smile to the Service initiative, sponsored by social studies teacher Jennifer Makel along with her role as student council sponsor.

“Every holiday, we’ll make cards for them or send them letters,” Ella’s classmate Jenna Lang said.

The girls were part of a group of more than 20 student council members who organized this year’s breakfast, planning for which started within the first week or two of the school year.

“We’ve been spending a lot of time getting ready for this,” Ella said. “It takes a lot of preparation, and it’s definitely worth it.”

The event began with a student-led ceremony featuring patriotic music and readings, plus the Pledge of Allegiance and a prayer. Afterward, some of the students cooked pancakes and sausages on burners in a room adjacent to the library to serve to those in attendance.

“It’s really nice to see how much the veterans are enjoying themselves,” Jenna said, “and it’s nice to serve them and say thank you for everything they’ve done for our country.”

Among the active service members who attended was Thomas Ferita of the U.S. Army, who enlisted in 1988 and was commissioned as an officer three years later.

“I was in the Reserves, and 9/11 hit. I mobilized after 9/11,” he recalled. “When I left, my oldest daughter was in ninth grade. When I got back home, she was in her second year of college.”

His assignments included being stationed in Iraq, and training soldiers in Bulgaria and at Guantánamo Bay Naval Station in Cuba.

“I really enjoyed it,” said Ferita, whose time in the Army is nearing its end. “I’ll be retiring in August of 2020. It will be a little over 32 years.”