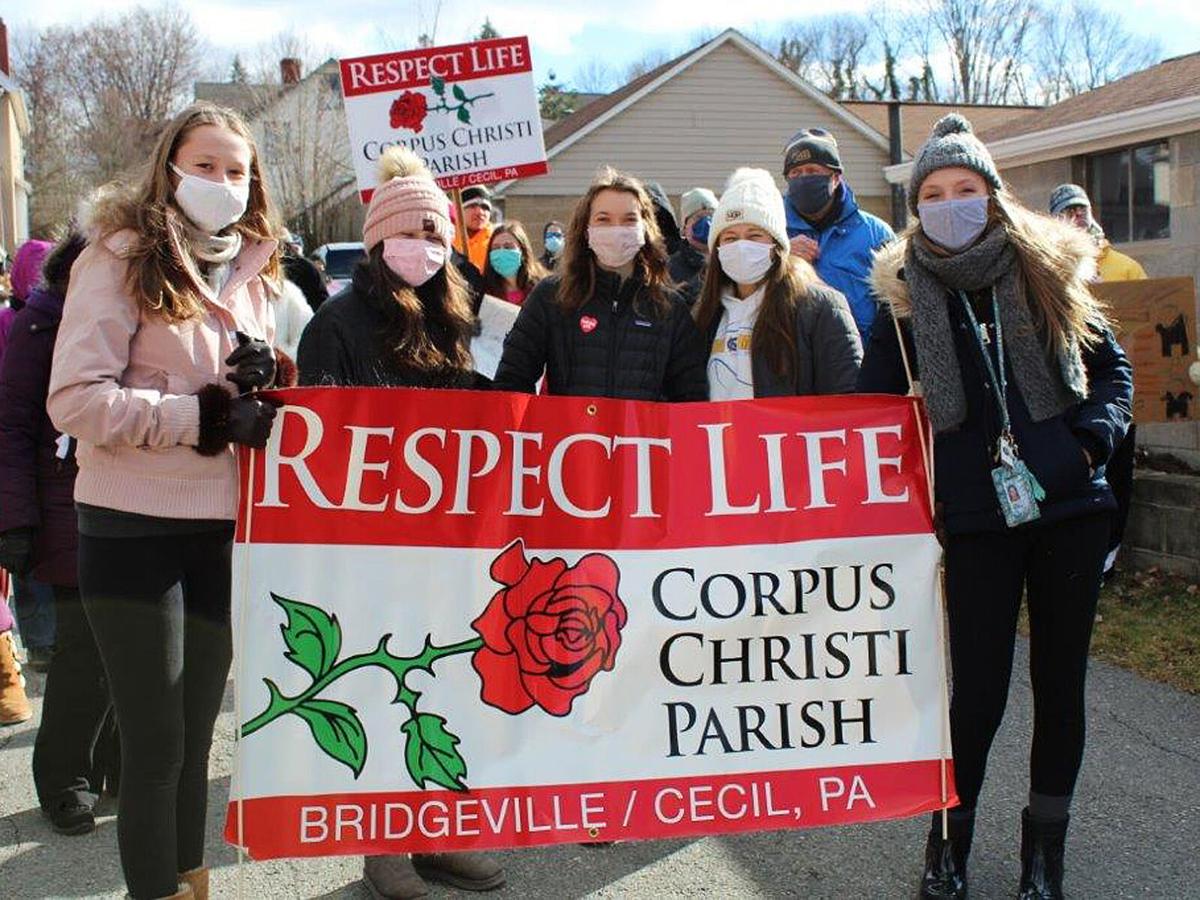 Marchers wear masks as a safety precaution – to help keep their faces warm, too! – during the local March for Live. (Photo courtesy of Shelley Phoennik) 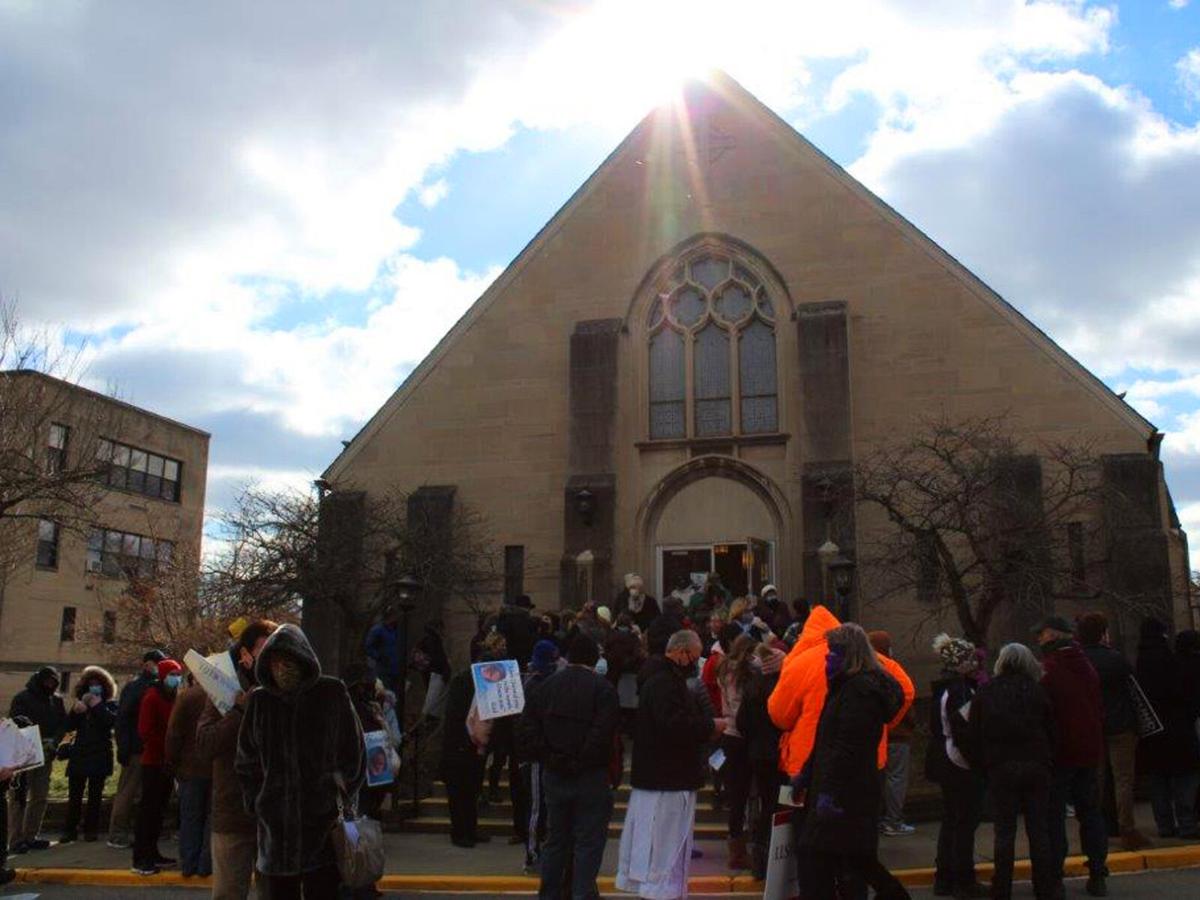 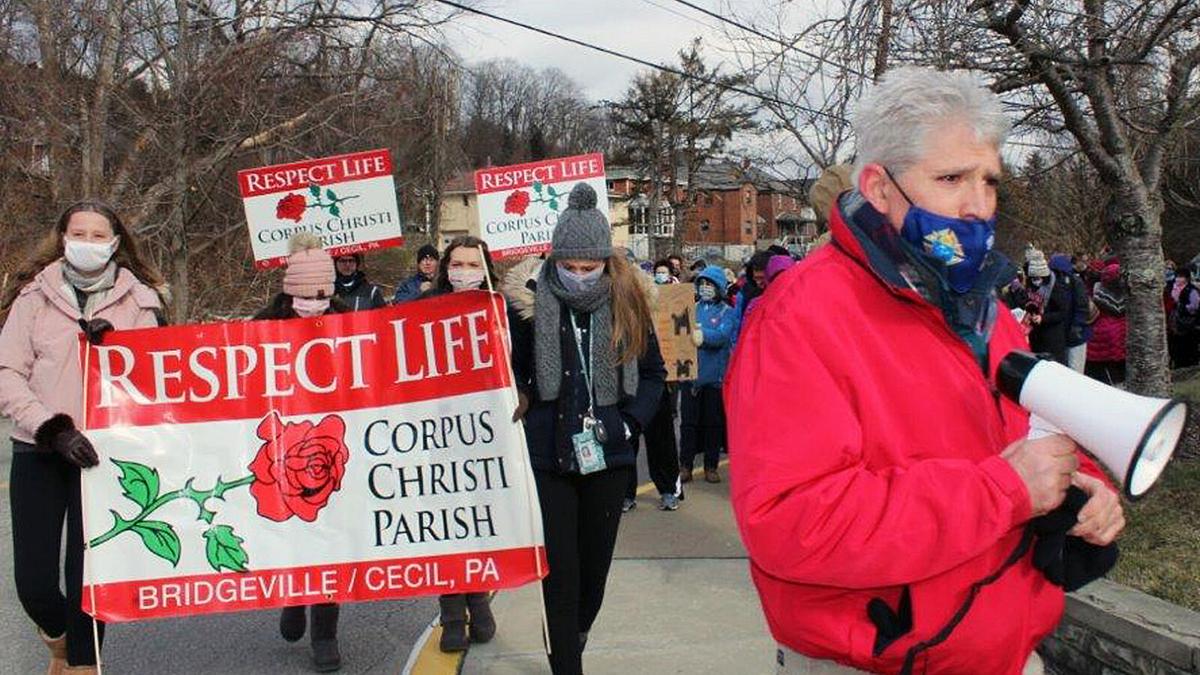 Bundled against the cold, marchers take to the streets of Bridgeville.

Each January for nearly half a century, tens of thousands of people have gathered in Washington, D.C., for the national March for Life.

As has been the case with countless events during the COVID-19 pandemic, the march took on a new form for 2021 by going virtual, with a small group of pro-life leaders from across the country representing all who share the belief to “build a culture where every human life is valued and protected,” according to the March for Life website.

Additionally, local groups conducted their own marches, including members of the Catholic Diocese of Pittsburgh’s Corpus Christi Parish, with parishioners from Holy Child Church in Bridgeville, St. Barbara Church in Collier Township and St. Mary in Cecil Township.

Starting with a 12 p.m. Mass Jan. 29 at Holy Child, more than 300 people participated in the local march, winding two miles through the streets of Bridgeville.

Despite the colder weather, the sun shone on the marchers, who were met with support from drivers and passersby. That evening, a Festival of Praise was held with the debut of a song that encapsulates the day’s theme, “Every Life is Precious.”