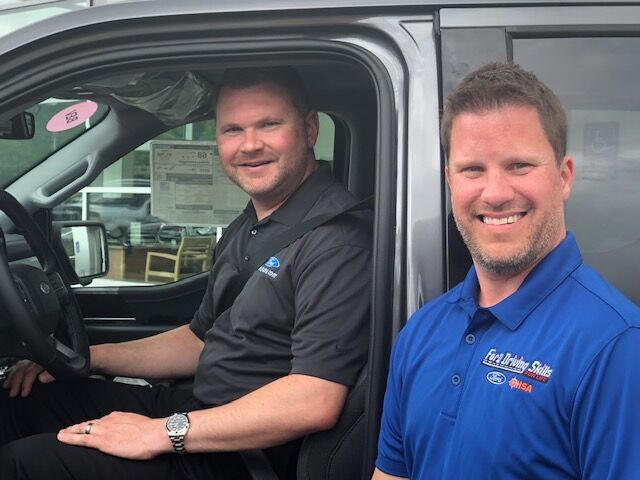 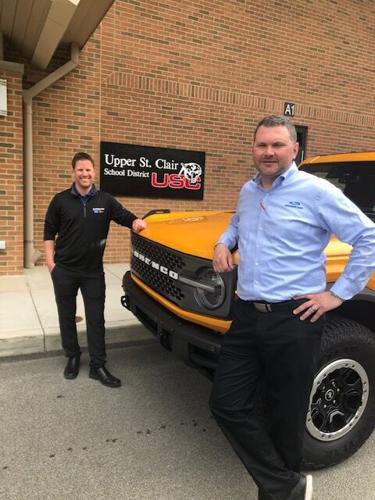 AAA calls the time between Memorial Day and Labor Day the “100 deadliest days” for teenage drivers.

According to AAA, for every mile driven, drivers ages 16 and 17 are more three times more likely to be involved in a fatal accident. With more teenagers on the road during the summer, that risk only heightens.

It’s for that reason that Nolan Katerberg, program manager of the Ford Driving Skills for Life program, spoke to students at Upper St. Clair High School on June 2 about what they can do to stay safe on the road. Katerberg, of Dearborn, Mich., also discussed the topic at Washington Ford in South Strabane Township.

“The real problem is a lack of experience. Vehicle handling, speed, space management and recognizing hazards – 60% of crashes are to due to inexperience in those key areas,” Katerberg said.

In the early days of the pandemic, it seemed as though it could be a quiet time for vehicle accidents with people staying home and off the roads.

“Unfortunately, the opposite happened,” Katerberg said.

According to statistics from the Governors Highway Safety Association, 42,915 people died in car accidents in 2021. That is the highest number since 2005, for an average of 117 deaths a day.

With fewer cars on the road, drivers were more apt to speed, not buckle up and drive impaired.

“When the roads were emptier, they took risks you wouldn’t be able to take if you had bumper-to-bumper traffic,” Katerberg said.

For teenagers, generally riskier drivers have not been the only pandemic-related issue. Some delayed getting their license when they turned 16, or had to take driving classes virtually.

“A lot of students didn’t really get the practice behind the wheel. It’s really been a compounded issue,” Katerberg said.

So what do young drivers need to keep in mind when they are on the road?

Katerberg says they need to limit distractions, keep both hands on the wheel and both eyes on the road.

But parents also play a role.

“If you’re a parent, lead by example. Don’t be texting and driving. Don’t be going too fast behind the wheel. Your teenage driver is going to do the same thing,” Katerberg said.

“They need to be a good passenger and not distract the driver. If you put two teens in the car, the rate of crashes triples,” Katerberg said.

Ultimately, Katerberg hopes teens will be “defensive” drivers rather than distracted drivers.

“Things happen extremely quickly in front of you, and you need to be able to react,” Katerberg said.