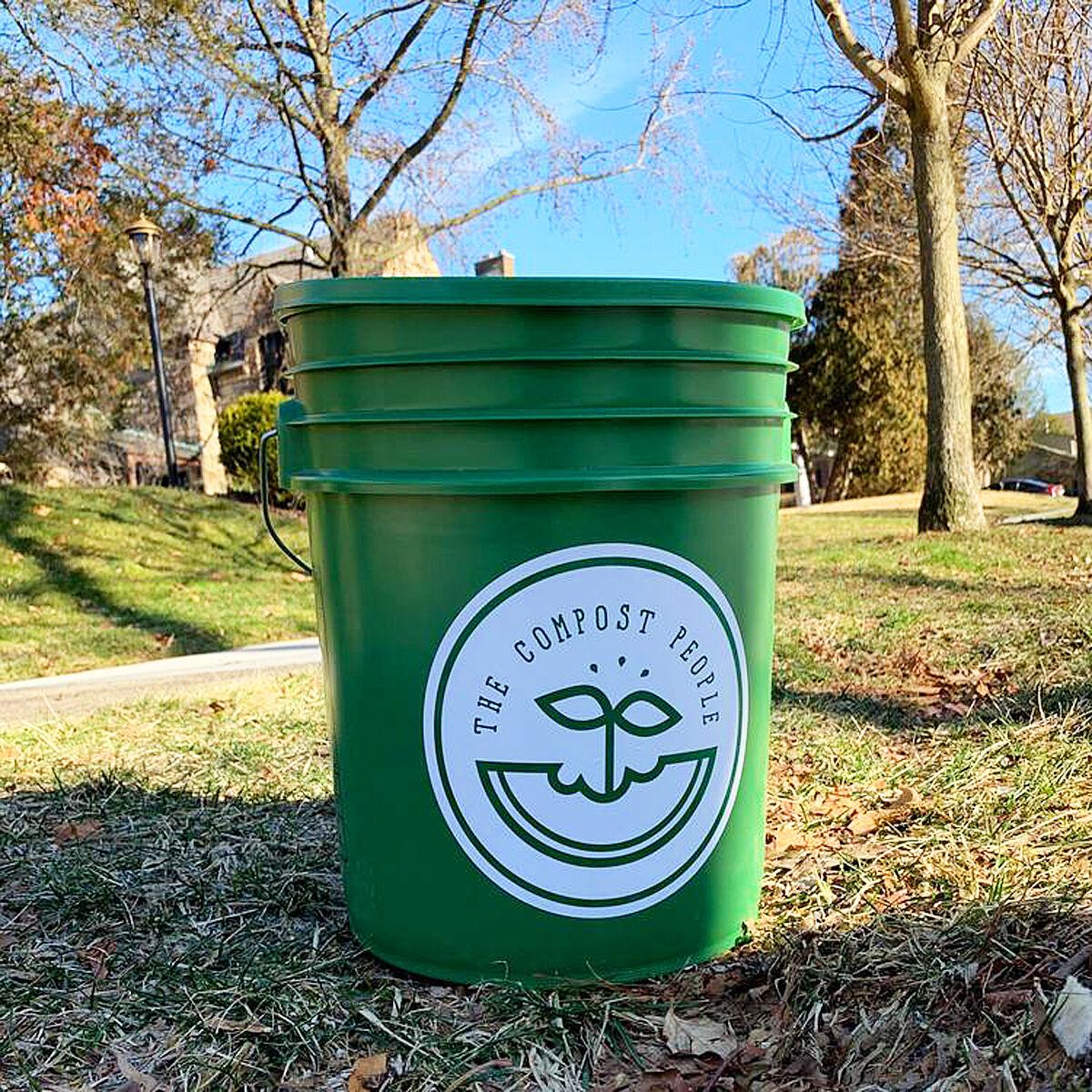 The Compost People, is a venture described by its creators as providing a “service that cares about decreasing waste and environmental impact while improving soil for generations to come.”

Anyone who watched any amount of television in the 1970s will remember the anti-littering commercial featuring a crying actor who went by the name Iron Eyes Cody.

The message made an impression on young Rich Salvante, who decided he’d like to do something on behalf of the planet. Eventually, the Mt. Lebanon resident formed Pittsburgh Garden Co., collecting commercial food waste and other materials for composting on a Fayette County farm.

Today, he and business partner Netty Bourdeau-Ott are picking up from homes as The Compost People, describing their venture as a “service that cares about decreasing waste and environmental impact while improving soil for generations to come.”

Their premise is that many folks would like to turn their food waste into something reusable, but may have time and other constraints that limit active involvement.

“It’s hard enough to backyard compost just with vegetables,” Salvante said. “When you start adding meat and yogurt and all this other stuff, you can pretty much forget it.”

What he’s referring to is the propensity for the wrong type of bacteria to thrive on certain types of kitchen scraps, with exceptionally malodorous results. Plus meat, bones, dairy products, eggshells and the like tend to attract scavengers of all sorts.

Salvante had been helping businesses deal with that sort of issue when he attended a presentation about composting at Nova Place, previously known as Allegheny Center, in the North Side. There, he met Brad Ott, vice president of commercial operations at Faros Properties, which owns the complex.

“Through that conversation, we decided to form a partnership between his wife and myself. I have the trucks. I have the experience with moving the material. I have connections with farms that are permitted by the DEP,” Salvante said about the Pennsylvania Department of Environmental Protection.

On the promotional side, Bourdeau-Ott has a knack for making the most of online presence and social media.

“She was very adept at tuning into all of that, so we thought it would be a good fit. I could do the grunt work,” Salvante joked, “and she could make it look pretty.”

He has a smaller pickup truck to navigate some of the narrower streets of Mt. Lebanon, where the business is concentrated at this point. The hope is to expand the service area eventually, as long as customers continue to buy into what The Compost People have to sell.

“When we talked about the business, I thought, what would customers like about this? And I sort of landed on two different kinds of reasons,” Salvante said. “One is people who just want to divert waste from going to landfills. They may not be so interested in composting per se, but they are interested in taking action in ways that diverts waste from just sitting there and not finding a second life.

“The other one is the action people who do want to compost, and they want finished compost,” he added, noting one of the facets of The Compost People’s subscription service is providing customers who want it with a pail of the product each spring.

Iron Eyes Cody would be proud.