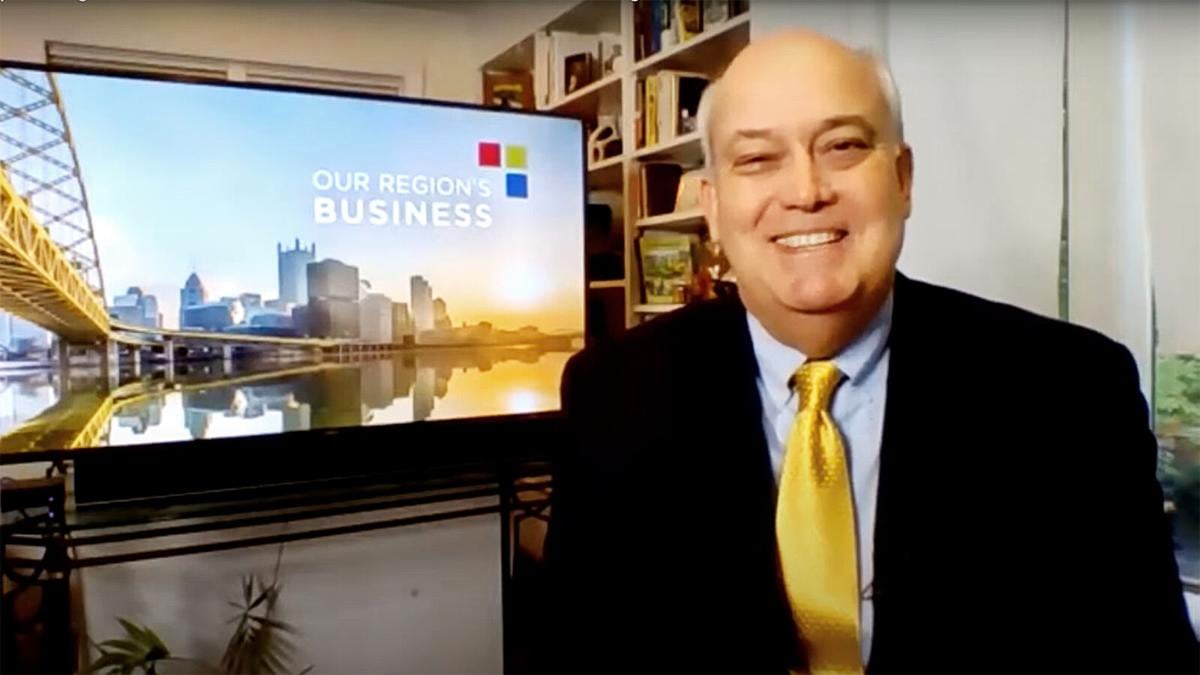 Bill Flanagan speaks during the virtual program “What’s Now and What’s Next for Our Regional Economy,” presented by the South West Communities Chamber of Commerce. 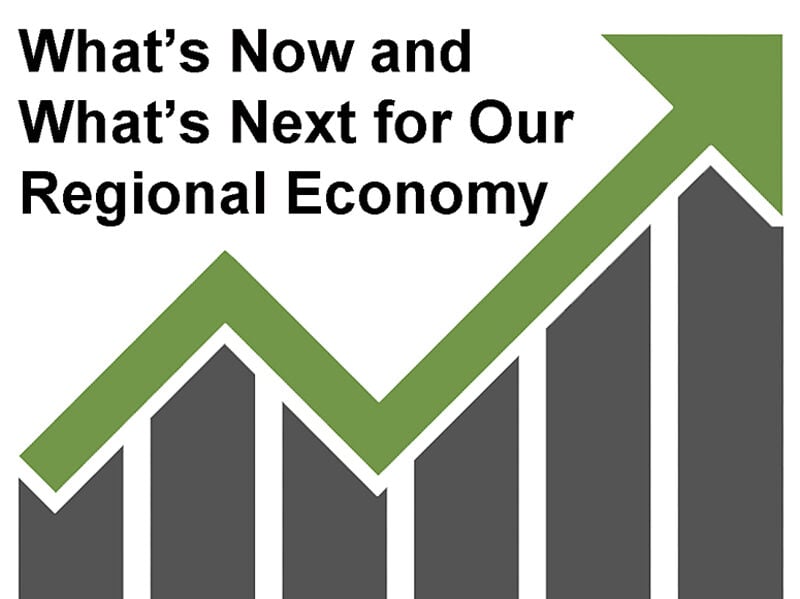 Bill Flanagan speaks during the virtual program “What’s Now and What’s Next for Our Regional Economy,” presented by the South West Communities Chamber of Commerce.

Editor’s note: This is the first of a three-part series.

In discussing “What’s Now and What’s Next for Our Regional Economy,” Bill Flanagan began with a not-so-ancient history lesson.

He took viewers of his virtual presentation all the way back to the first decade of the 21st century, “just to kind of give you some context for where we were before the pandemic hit.”

As chief corporate relations officer for the Allegheny Conference On Community Development, Flanagan was invited by the South West Communities Chamber of Commerce to provide an update regarding the economic past, present and particularly the future of the Pittsburgh metropolitan area.

“I’m going to start with two unrelated events that happened within a year apart early in the century, in the middle of the last decade,” he said. “the arrival of Range Resources in 2004, when they struck gas in the Marcellus Shale.”

The other occurred the following year on the campus of Carnegie Mellon University, where Google Inc. set up a research facility.

“Both of those events unleashed new economic trends in the region that really shaped the saidand some of the challenges that we have here today,” Flanagan reported.

The Marcellus formation of sedimentary rock, named after a town in New York encompasses some 31,000 square miles in eight states. According to the U.S. Geological Survey, the shale within the formation contains about 84 trillion cubic feet of undiscovered, technically recoverable natural gas, plus 3.4 billion barrels of natural gas liquids.

“It really unleashed a significant amount of capital investment and exploration and development as a result,” Flanagan said, calling the result “incredibly important for the dynamics of the region,” especially with regard to recovering from the severe economic downturn of 2008-09.

The only major metropolitan area within the Marcellus Play, as the formation also is known, happens to be Pittsburgh.

“We’re also the only place with a true international airport,” Flanagan said. “So there’s a huge strategic rationale for that industry to be based here, not just to drill for gas but to bring brainpower here, to have corporate presence here.”

Other energy companies followed Range Resources’ lead, and the trend probably reached its apex when Shell Chemicals embarked on constructing a $6 billion ethane cracker plant on 386 acres in Potter Township, Beaver County, after reaching a tax incentive deal with the state in 2012.

“The industry is more established now. The growth rate has slowed, and it’s obviously further complicated by the recession, itself,” Flanagan said about the current pandemic-related situation, “and lower energy prices. So we’re not seeing the booming demand that we saw back then.”

Nearly simultaneous with the rise of natural gas was a regional turn toward technology.

“Google was the one that really got the world’s heads turning. They said, ‘Google? Why? What are they doing in Pittsburgh?’” Flanagan said. “It began to change perceptions about opportunity here in Pittsburgh. But it really wasn’t just Google.”

Actually, Robert Bosch GmbH, a German multinational engineering and technology company, preceded Google on the CMU campus, as early as 1999. Other widely recognized firms that have established a Pittsburgh presence include Intel, Apple, Microsoft, Disney and Yahoo!

“We can see the acceleration of investment by many of the biggest global names in software and technology,” Flanagan said. “That’s changed perceptions, and that’s also given us a lot of momentum heading into the recession, which is good timing, I suppose.”

But, just as fast the region was soon faced with a major complication, Flanagan said.

Look for Part Two: The Present in the next issue of The Almanac.

The Allegheny Conference On Community Development, established in 1944, has a 10-county service area, including Allegheny, Fayette, Greene, Washington and Westmoreland.

“It’s a private-sector organization, a nonprofit that works to improve the economy and the quality of life,” chief corporate relations officer Bill Flanagan explained.

The South West Communities Chamber of Commerce, based in Collier Township and serving businesses in communities also including South Fayette and Upper St. Clair, is among two dozen such groups that actively work with the Allegheny Conference.

“That partnership is critical, because the conference tends to represent 300 or so of the largest employers in the region. That’s our membership. But when all these chambers come together, we represent thousands, if not more than 10,000, businesses in Southwestern Pennsylvania,” Flanagan said.

“And when we can go to Harrisburg together and make that case, representing that many organizations, they pay attention. And it really helps us to be able to move policy and legislation and regulation forward in a way that helps, we hope, all the employers in the region.”

Bill Flanagan, chief corporate relations officer for the Allegheny Conference On Community Development, discusses “What’s Now and What’s Next for Our Regional Economy.”