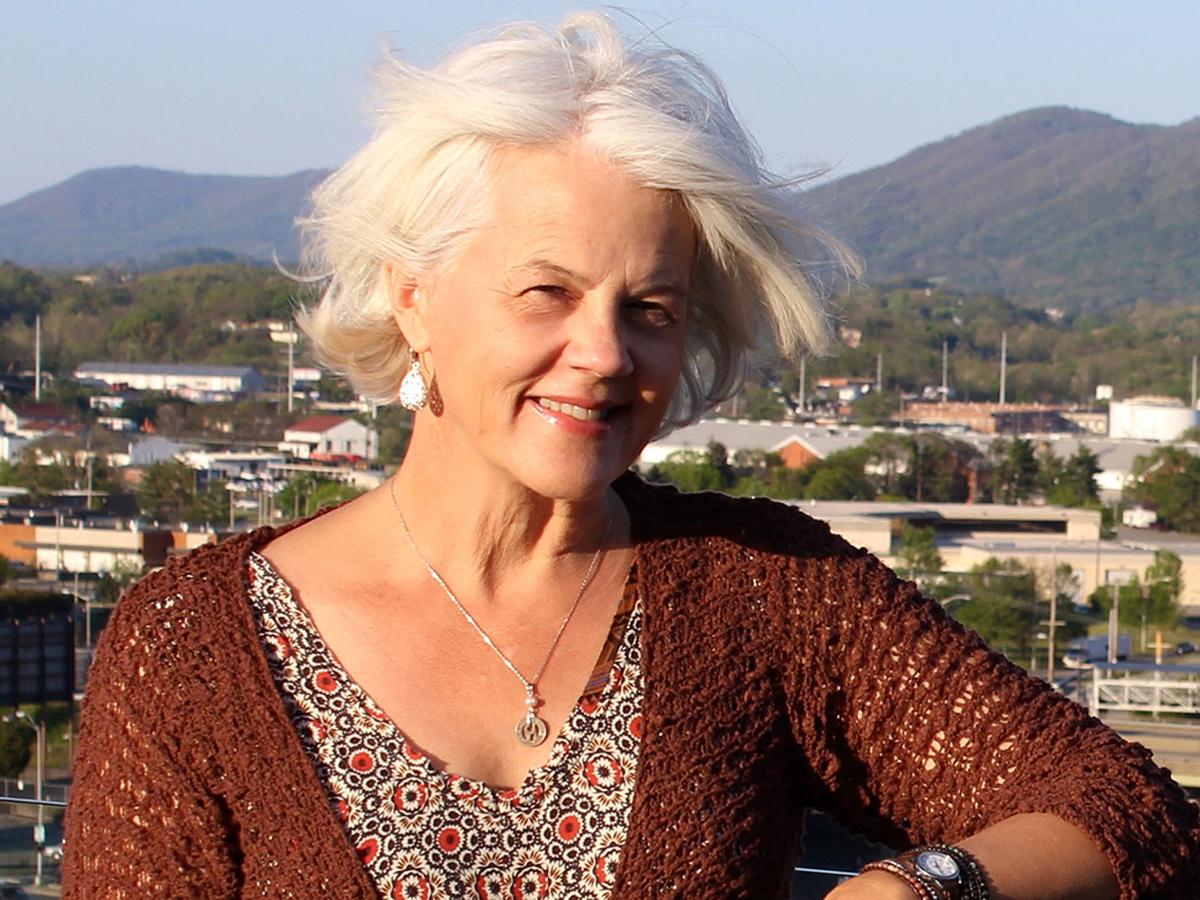 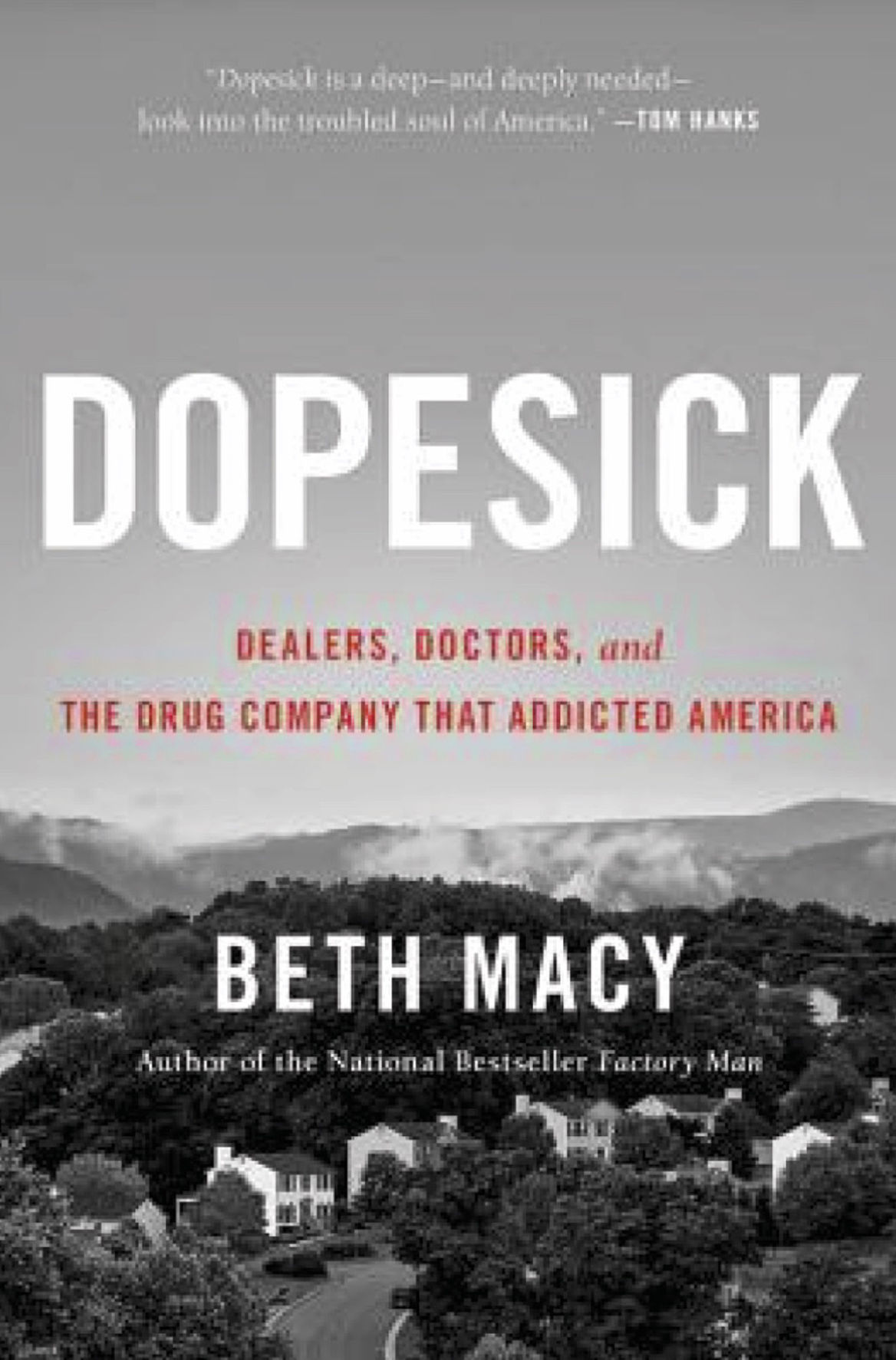 In formulating what became her book focusing on the opioid crisis, journalist Beth Macy took a cue from the words of Pittsburgh’s own Fred Rogers: “Find the helpers.”

As the current season’s second speaker in the Town Hall South lecture series, Macy discussed what went into her writing “Dopesick: Dealers, Doctors and the Drug Company That Addicted America,” published in 2018.

“I wrote about the families and the first responders who are fighting back,” she told her audience recently at Upper St. Clair High School.

She did share statistics, such as 300,000 Americans dying of drug overdoses in the past 15 years, and at least that many more predicted for the next five. But much of her talk focused on the efforts of certain people to develop and implement solutions to the nationwide epidemic.

As a reporter for a newspaper in Roanoke, Va., Macy researched the issue from the perspective of rural areas in Appalachia.

Hidden Valley, she explained, is an upscale Roanoke suburb where a young man was sentenced to federal prison in 2012 for selling heroin that resulted in the death of a classmate.

“Readers kind of spit out their coffee and said, ‘What? Wealthy white kids are doing heroin? We had no idea,” Macy said.

An opioid, heroin has effects similar to that of certain types of prescribed pain medication, and it tends to serve as a substitute drugs when prescription pills are not available.

On that list is OxyContin, a brand manufactured by Purdue Pharma LP that originally was approved by the U.S. Food and Drug Administration in December 1995 as a painkiller with a time-release mechanism that supposedly made it non-addictive.

Macy credits Dr. Art Van Zee of St. Charles, Va., as being “the first doctor in the nation to pick up the phone” and alert Purdue about the toll the drug was taking in his community:

“Look, I know it says here on your insert that OxyContin isn’t addictive, or addiction is rare. But I have kids I immunized as babies who are overdosing in the high school library.”

Two decades later, Van Zee continues to provide substance abuse treatment and other services in one of Virginia’s poorest counties. Working with him is Sister Beth Davies of the Congregation of Notre Dame, a longtime environmental activist who has become committed to helping people who have become addicted.

Macy also talked about Ed Bisch of Philadelphia, who heard about OxyContin for the first time when 18-year-old son died from an overdose in 2001. Bisch subsequently started an online message board, oxykills.com.

“In that way, he helped the federal investigators who were amassing this information against Purdue,” Macy explained. “He helped connect them with other families so he could gather other stories, and this message board became a way to memorialize their dead children but also to feed information to the feds.”

In 2007, Purdue agreed to pay more than $600 million in fines after pleading guilty to a felony charge of misbranding with the intent to defraud and mislead, but no one from the company was held culpable to the degree of imprisonment. Two months ago, Purdue announced that it has reached an agreement in principle on a framework for settling opioid litigation facing the company with 24 state attorneys general, officials from five U.S. territories and others.

“The settlement structure is estimated to provide more than $10 billion of value to address the opioid crisis,” the company states in a press release. “The key elements of the settlement, which is subject to court approval, include: The owners of Purdue contributing all of its assets to a trust or other entity established for the benefit of claimants and the American people.”

As part of the plan, Purdue also filed for Chapter 11 bankruptcy. But the underlying problem remains, and potential solutions are subject to debate.

“The opioid epidemic is festering and growing,” Macy said. “It’s taking advantage of long-standing fissures in American society. By that, I’m mainly talking about the fundamental difference between treating a person with opioid use disorder as a patient worthy of medical care, and treating that person as a criminal and a moral failure.”

She gave examples of how those who subscribe to the former and support medication-assisted treatment – using drugs such as methadone, buprenorphine and naltrexone – have experienced successes.

An example is Dr. John Burton, an emergency medicine physician in Roanoke, who initially was skeptical about that type of method. He and his colleagues changed their minds because, as he told Macy:

“We read your book and we looked into the data. And we said, ‘How can we not be doing this?’” Plus he said the new perspective had re-energized him as a medical professional and had him doing “mental cartwheels.”

In a neighboring state, East Tennessee State University professors Robert Pack and Dr. Stephen Loyd – he was addicted to OxyContin for seven years, at one point breaking his own ankle so that he could be prescribed the drug – have collaborated on what has become another success story.

“They started getting people together in a room and talking,” Macy said. “And then they started applying for grants and getting them.”

Eventually, they decided to open a center for medication-assisted treatment in a small Tennessee town called Gray, facing strong resistance from residents and community leaders who weren’t exactly in tune with the idea of helping individuals who have addictions. As Loyd heard one woman ask at one of the many public meetings regarding the project, “How many chances do we give these people?”

In other words, for as long as it takes.

“That clinic opened about a year ago,” Macy said, “and they’ve had no incidents.”

She encouraged audience members to share such information with decision makers in law enforcement, criminal justice and the medical profession.

“When they see these successes among this community that they hadn’t seen any success in before, they’ll be turning cartwheels, too,” she said. “Just like Dr. Burton.”