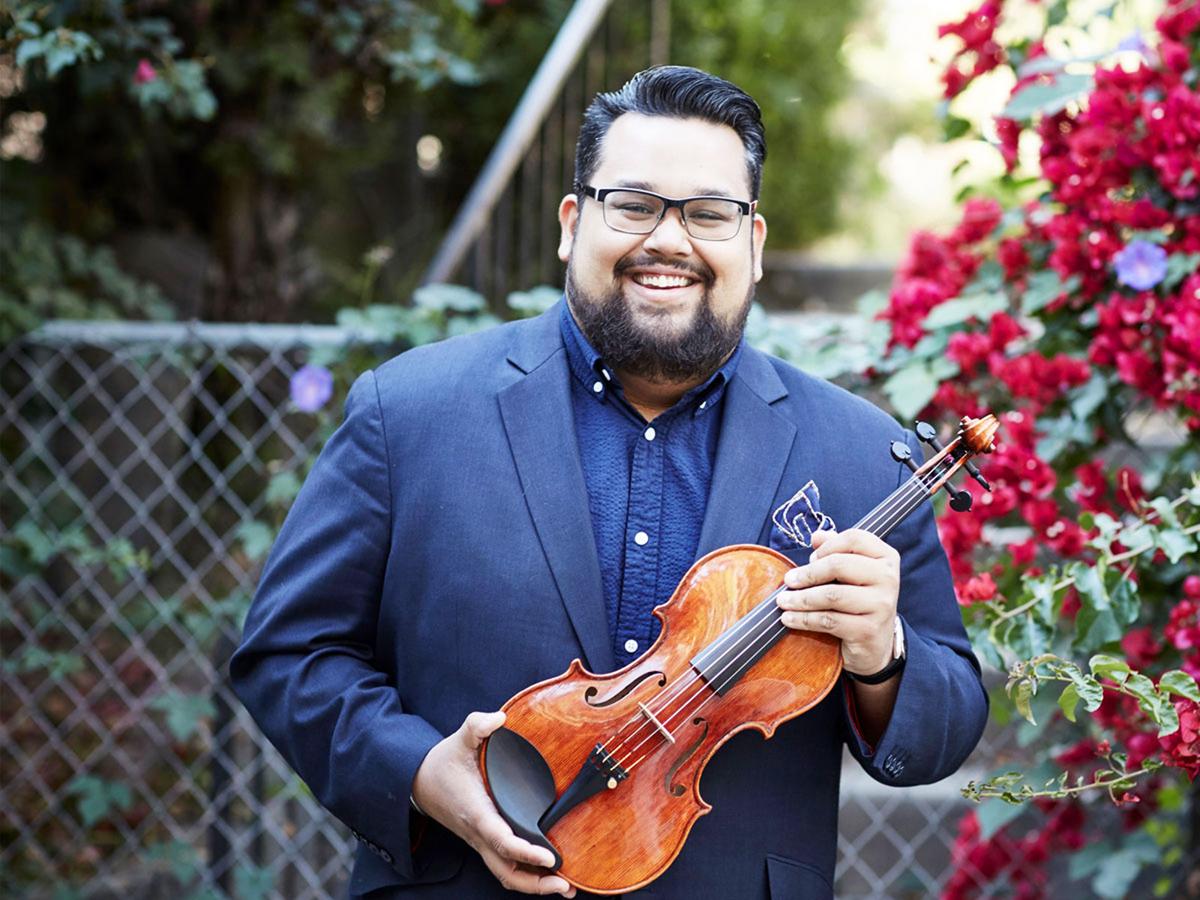 Vijay Gupta poses for a picture with his violin. 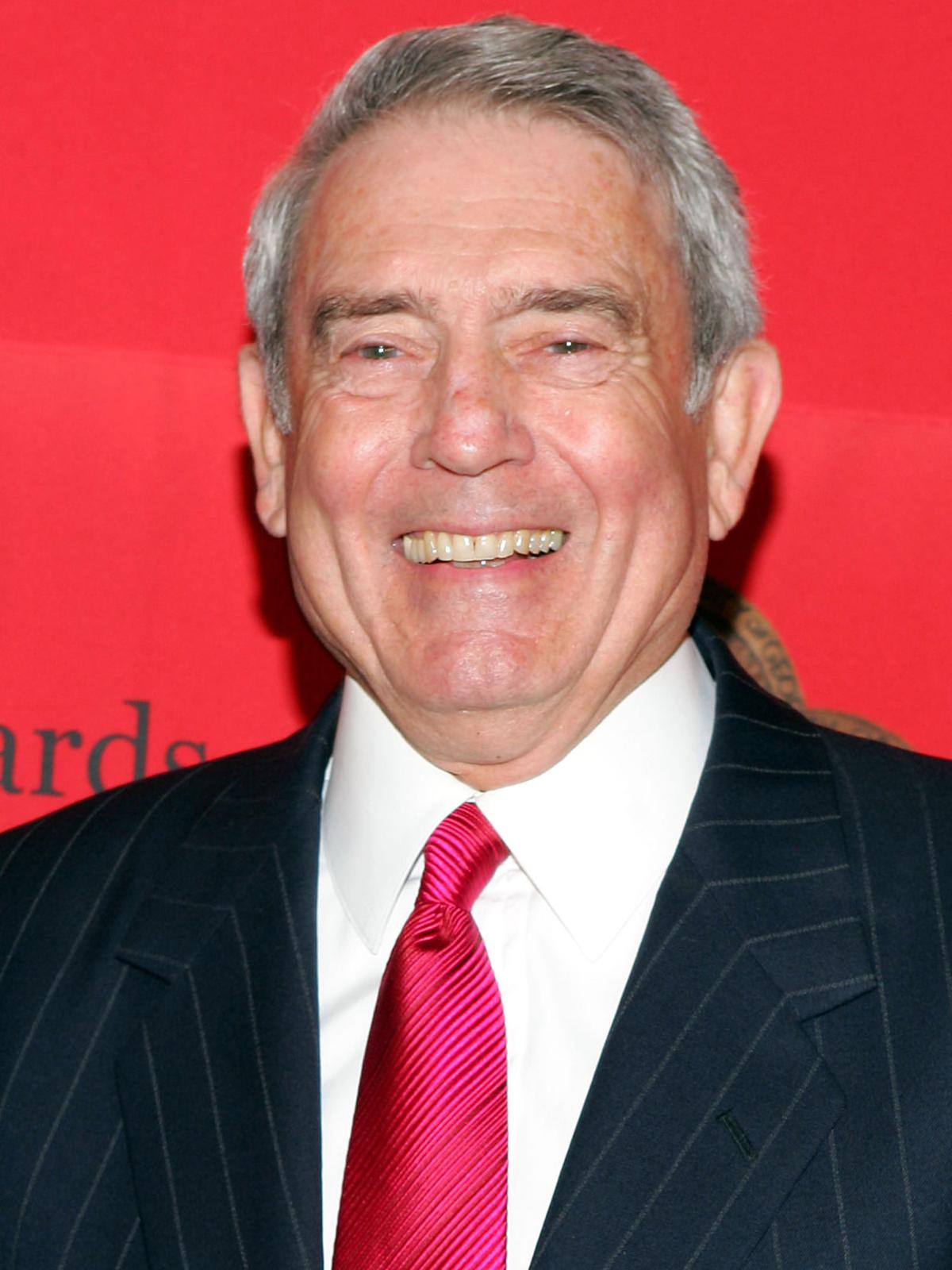 Dan Rather is pictured at the 64th Annual George Foster Peabody Awards, in 2005. 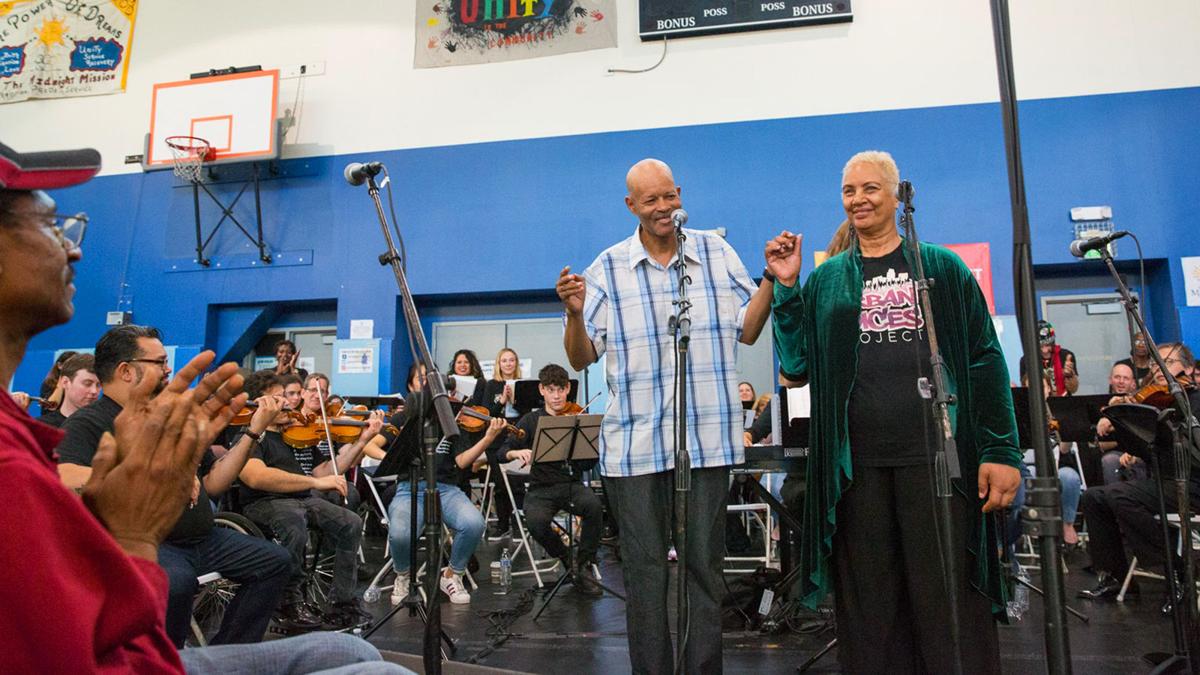 As is the case with just about any classically trained musician, Vijay Gupta will admit:

“I did not go to Juilliard to learn how to play reggae.”

But the esteemed concert violinist is pleased to perform Jamaican-style music, or whatever fits the mood, as he brings his Street Symphony programs to the people of Los Angeles’ Central City East, also known as Skid Row.

“It is a constant reminder for myself and my colleagues that making music is not just a form of entertainment, but that the arts are critical lifelines,” he said Feb. 4 in the theater at Upper St. Clair High School. “They are a lifeline to our spiritual souls. They’re a lifeline to the ways in which arts can be not only a balm for the soul, but rather a very real medicine.”

Famed journalist Dan Rather will open the 52nd season of the Town Hall South lecture series.

“He has spent more than 60 years covering the biggest events and news stories of our time,” Suzanne Palko, who chairs the Town Hall South board, said Tuesday in announcing the 2020-21 slate of speakers. “He has interviewed every president since Eisenhower and personally covered history-making events from the Kennedy assassination to Vietnam, Watergate, Tian'anmen Square, the fall of the Berlin Wall, 9/11 and the Iraq invasion.”

Rather is scheduled to appear on Oct. 6 in the Upper St. Clair High School theater. Other speakers for the season:

As the latest speaker in the 51-year-old Town Hall South lecture series, Gupta brought the bonus of regaling the audience with a pair of violin solos, opening with an original piece written for him by composer Reena Esmail and closing by having the audience sing along to Leonard Cohen’s “Hallelujah.”

In between, he provided details about Street Symphony, which he founded a decade ago and for which he continues to serve as artistic director.

“San Julian Street is the epicenter of the crisis of homelessness in America today,” he said about Central City East’s main thoroughfare. “On any given night in Los Angeles County, upward of 30,000 individuals experience chronic homelessness.

“And people who live on San Julian Street often find themselves facing the revolving door of seeking services at clinics and shelters,” Gupta said. “They are veterans who are returning home from war. There are people who are affected by severe mental illness and systemic poverty. They are the terminus of a kind of collective apathy.”

But amid the bleakness, he said, are various shelters, clinics and other places that can offer help.

“This is where individuals can find their feet again, can find recovery and perhaps some narrow pathway to redemption, as well,” he said.

For Gupta, his decision to bring music into the picture involves a friend, Nathaniel Anthony Ayers Jr. His name may be recognizable to some, as he is the subject of the 2009 feature film “The Soloist,” directed by Joe Wright and starring Jamie Foxx and Robert Downey Jr.

One of the first black students at the Julliard School in New York City as a double bassist, Ayers suffered a breakdown and, decades later, ended up living on the streets of Los Angeles.

“He met people who literally thought that he had died, who forgot that he was around,” Gupta said. “And one of these people who remembered Nathaniel was the famed cellist Yo Yo Ma.”

Through the mutual association with fellow musicians, Gupta started giving Ayers violin lessons. And when Vijay’s 21st birthday rolled around, Nathaniel decided to have a party on San Julian Street.

As he was attempting to blow out a series of gag candles that kept relighting, Gupta noticed someone in the background behind his cake.

“I make eye contact on the other side of this rusting metal fence in Skid Row with a person who is in a tent. And he’s just looking back out at me,” Gupta recalled. “He was watching the whole episode of all these people singing ‘Happy Birthday’ to me, and it was a huge cake.”

So came the beginning of Street Symphony, which offers a variety of programs, with Gupta showing videos at Town Hall South illustrating two of them: a block party performance by community ensembles and Street Symphony musicians, and the annual Messiah Project, presenting excerpts of George Frideric Handel’s 1741 masterwork while also featuring stories, music and performances from members of the Skid Row community.

Those and other efforts take place regularly, Gupta said.

“We show up on Skid Row on a weekly basis,” he said, “not only to perform and leave, but to share and stay.”