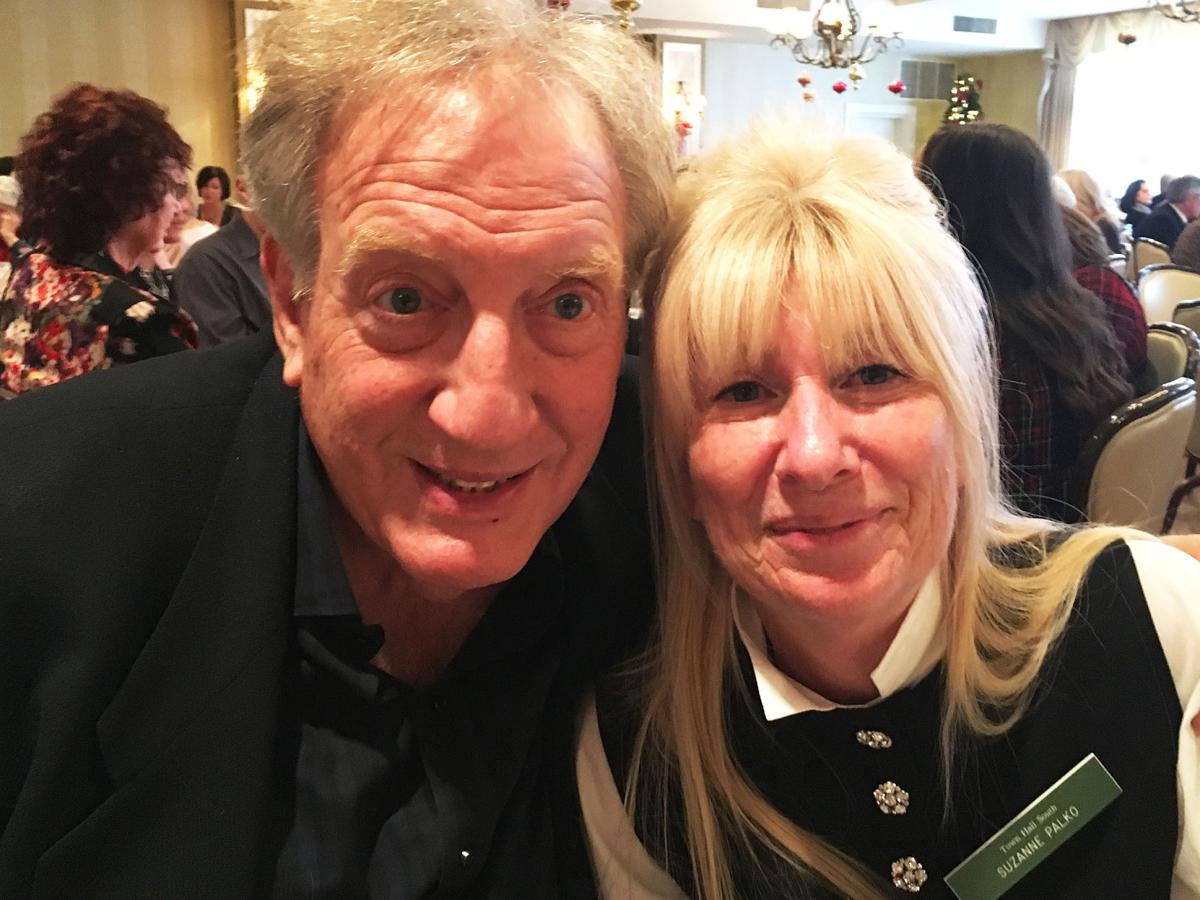 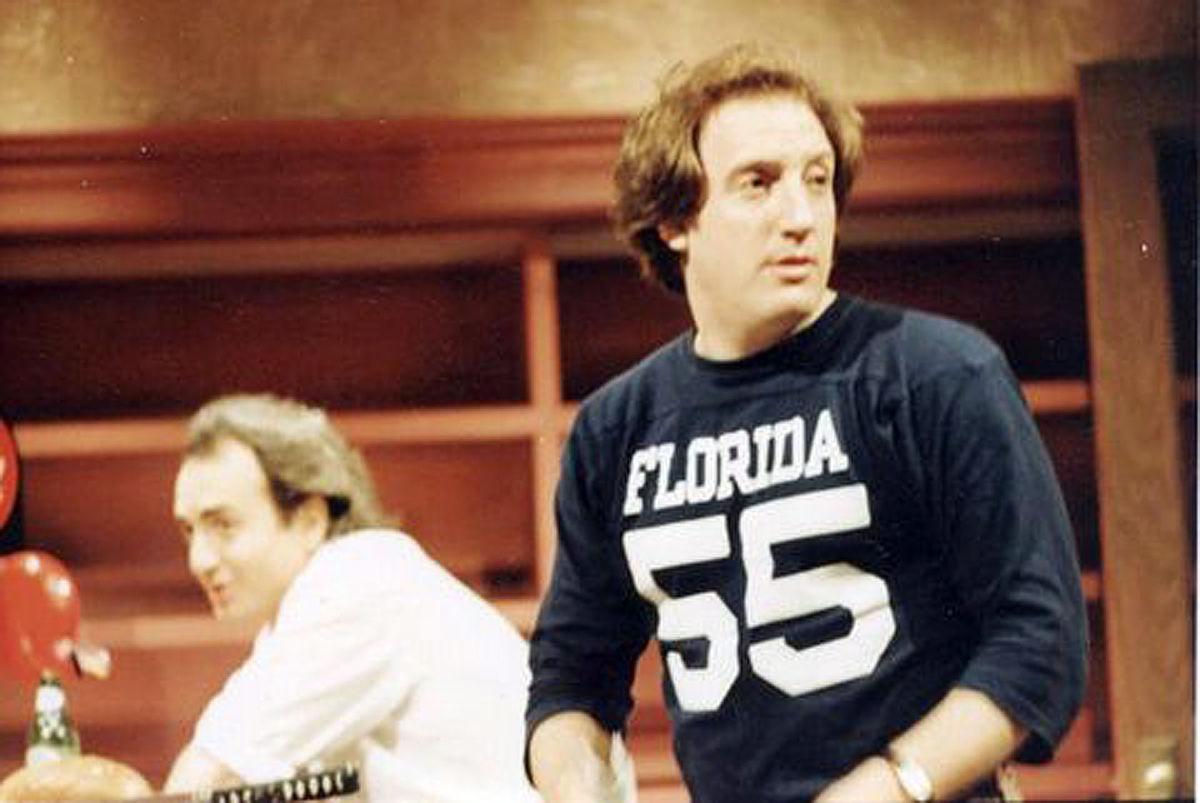 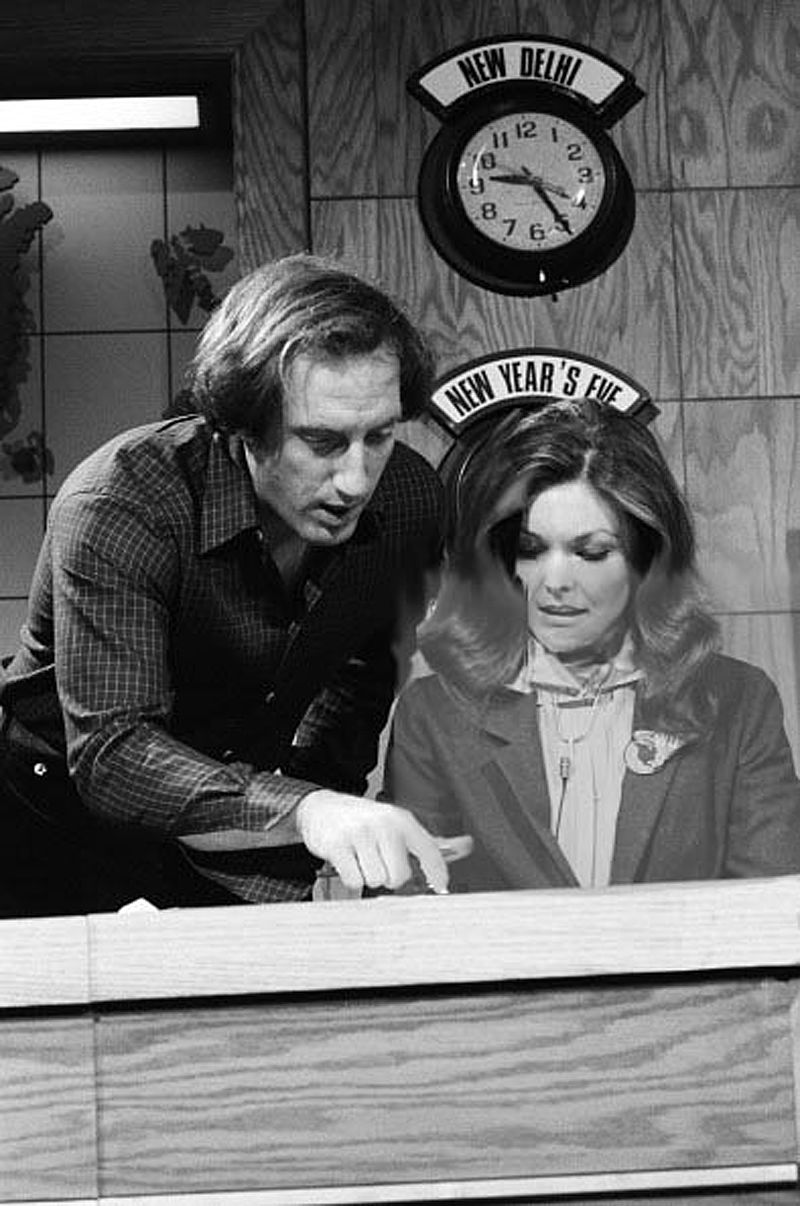 Starting with the original cast of “Saturday Night Live” – yes, all the way back in 1975 – Alan Zweibel has been coming up with humorous material for and with some of the biggest names in entertainment.

“Initially, it wasn’t even my idea to become a comedy writer. This was a decision that was made for me by every law school in the United States,” he said during his Dec. 3 appearance at Upper St. Clair High School. “Can’t get into law school. Why not write jokes?”

The latest speaker in the 51st season of the Town Hall South lecture series presented a primarily laugh-generating reminiscence of his career in show business, from his initially being paid a pittance per joke to his current collaboration with Billy Crystal on the movie “Here Today,” to be released in 2020.

Fellow Long Islanders, Crystal and Zweibel have known each other since looking to catch their breaks in New York nightclubs some 45 years ago.

“We became friends, and he would pick me up every night in his little blue Volkswagen,” Zweibel recalled. “We’d go into the city. We’d tell our jokes. We’d drive back, and we’d play cassettes in the car critiquing each other’s act.”

One night, after “having the hardest time in the world making these six drunks from Des Moines laugh,” Zweibel received a critique from a patron who got right to the point.

“You know, you’re the worst comedian I’ve ever seen in my life. But your material’s not bad. Did you write it? Can I see more of it?”

“It ends up, this is Lorne Michaels,” Zweibel explained. “This is April of 1975, and he’s going from club to club looking for actors, actresses and writers for this new show that was going to premiere in the fall called ‘Saturday Night Live.’”

And so Zweibel, who was about to turn 25, spent two days typing up 1,100 of his jokes. Then he called Crystal, who had gotten to know Michaels, for some insight about him.

Then came the meeting with Michaels.

Apparently the subject matter – we’ll rate it PG-13 and move on – appealed to Michaels.

“He said, ‘Tell me a little bit more about yourself.’ I said, ‘Well, Woody Allen’s my idol. Love Monty Python. But if there’s one damn mime on this show, I am outta here!’ And he gave me a job.”

That story had the Town Hall South crowd pretty much in stitches, and the laughter continued as Zweibel described the first gathering of the “Saturday Night Live” crew a few months later. He recalled seeing the likes of John Belushi, Dan Aykroyd, Chevy Chase and Laraine Newman doing various improvisational bits.

“They were creating comedy in front of me, and I was just a gag writer, primarily,” Zweibel said, and he started to get cold feet. “In the corner of Lorne’s office was a big potted plant. I went behind it and squatted down. All of a sudden, from the other side of the plant, I hear a girl’s voice going, ‘Can you help me be a parakeet?’”

“Yeah, I think it would be really funny if I stood on a perch and scrunched up my face and spoke like a parakeet. But I need a writer to help me figure out what the parakeet should say. Are you a good parakeet writer?”

To which he replied:

“Yeah, I’m a great parakeet writer. And that’s how and when I met my buddy Gilda Radner. We started talking and we got to know each other. We made each other laugh.”

The pair also made America laugh, as they invented such characters for Radner as the auditory challenged Emily Litella – “What’s all this fuss I’ve been hearing about an eagle rights amendment?’” – and Roseanna “It’s Always Something!” Roseanadana.

Zweibel described a skit he thought up after seeing a newspaper headline announcing that the equine star of “Mr. Ed” had died. His idea was to bring on a horse called Mrs. Ed, to be interviewed by Bill Murray and have Radner supply the voice of the “grieving widow.”

“I have no idea what happened to this horse between dress rehearsal and when it was on the air,” Zweibel recalled. “But the minute the horse saw the red light on the camera and knew he was on live television, he flipped out. At one point, he starts running in circles, and we don’t have any dialogue for this. So Gilda goes, ‘Oh, I’m so upset I’m chasing my tail, Bill.’

“At another point, the horse breaks rank, leaves the studio and starts going a down a hall of NBC. Lorne says to a cameraman, ‘Follow that horse.’ And Gilda says, ‘I’m so upset, I’m going to throw myself out the window.’”

His first priority was raising a family with his new wife, Robin Blankman, who had worked as a production assistant on “SNL.” He wrote a book called “North,” about a boy who travels the world seeking suitable parents. And he worked with a standup comedian in creating and producing his namesake “It’s Garry Shandling’s Show.

Around that time, he learned that Radner was sick with what initially was diagnosed as Epstein-Barr virus but turned out to be the ovarian cancer that took her life at age 42. Her instructions to Zweibel: “Make me laugh.”

“And that was my role in my friend’s life when she got sick,” he said. “I don’t know what horror she returned to when we got off the phone, but when we were on the phone, I told her jokes. Garry Shandling and I did a show every week and sent her the tape of it like a Hallmark card.”

They also invited her to appear in an episode.

“I’m afraid,” she told Zweibel. “I haven’t been on TV for about six years now, and I don’t know if the audience is even going to remember who I am.”

He convinced her, though.

“She comes through the door on cue, and Garry says, ‘Hey, everybody. It’s Gilda Radner!’” Zweibel recalled. “And 300 people in the student audience that she didn’t think would remember who she was: I never heard an applause like this in my life.”

He edited the footage for the show’s March 18, 1988, episode, what would be Radner’s final appearance on television.

“The shot I wanted to use of her entering, the frame was jumping just a little bit, and I couldn’t figure out why. Then I remembered, the night we were shooting the show, the cameraman who was holding onto the pummels was crying, and his hands were shaking,” Zweibel said. “I left it in there as a tribute.”

He also has honored her with his autobiographical 1994 book “Bunny, Bunny: Gilda Radner – A Sort of Love Story,” which he wrote at his wife’s suggestion and later made into a play.

Also in 1994 came the premiere of the film version of “North,” directed by Rob Reiner.

“Life was glorious,” Zweibel reported, “until the next day, when the reviews came out.”

Zweibel paused before delivering yet another guffaw-getter.

“Now, on the surface, this may seem like an unfavorable review. But if you read it again, I think he sort of liked it.”