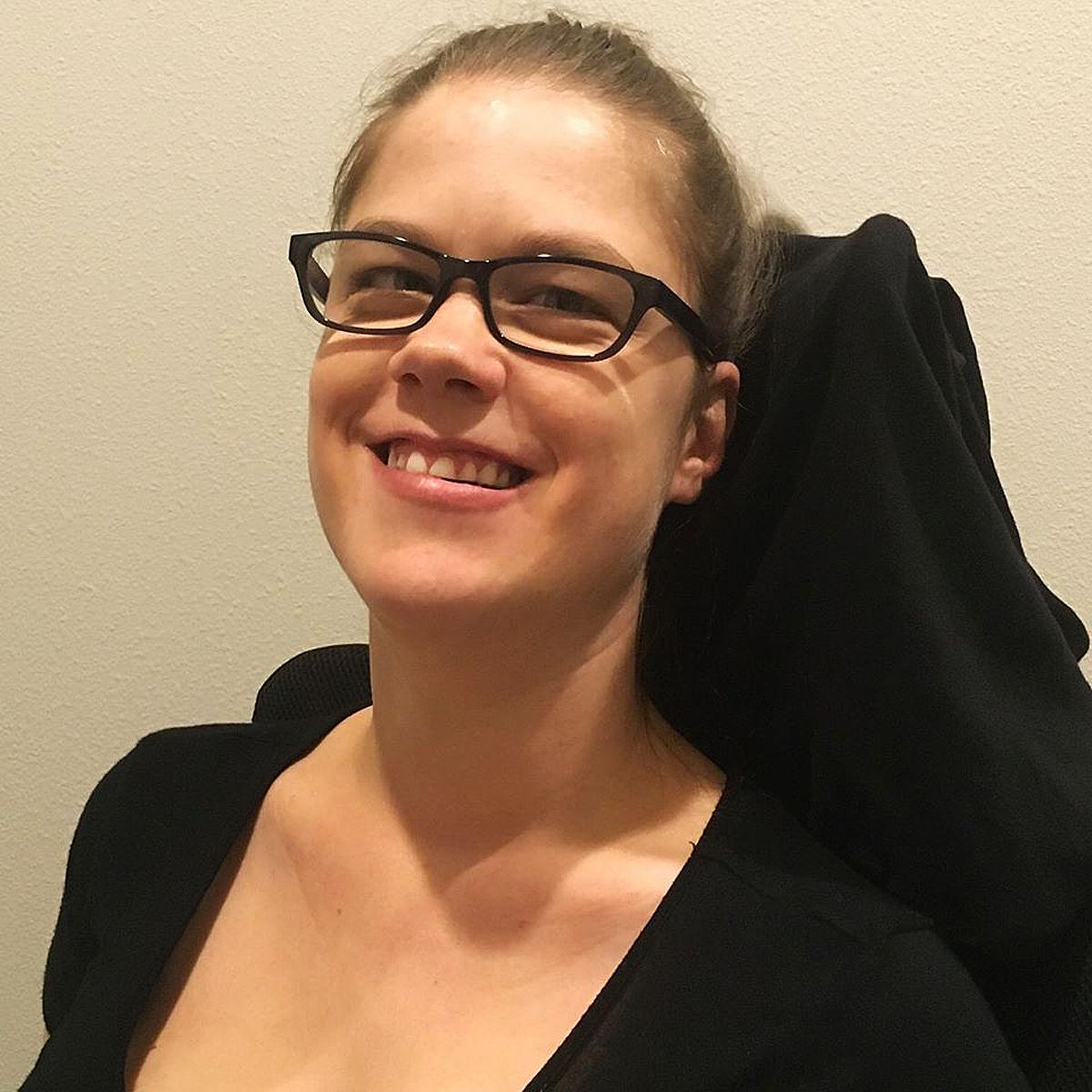 For Sara Pyszka, the eyes have it.

A technology called gaze-enabled communication allows her to let the world know what’s on her mind.

“The device scans through letters and words, and whenever it gets to the button I want, I just hit the switch by my head,” she said by email. “When I am writing, I type a paragraph and send it to my computer through infrared.”

And she writes, all right. The Upper St. Clair resident has completed a novel for young adults and its sequel, and she had her sights set on continuing the series.

“I was working on my third novel, and I felt so alone,” Pyszka said. “I felt nobody really understands me. So I decided to put aside my novel and write my story.”

The result is the newly published “Inside My Outside: An Independent Mind In a Dependent Body,” chronicling three days in the life of a young woman with cerebral palsy who is unable to walk or talk, but has a lot to say.

“I can’t use my hands. I need help with pretty much everything. Writing is the only thing I can do 110% by myself,” she said, perhaps with a hint of exaggeration.

“I experienced total ignorance from a complete stranger, which is explained in my memoir,” Pyszka said. “It was then that I knew I had to do something to try to change how people think.”

And so she embarked on authoring the tales of a semi-autographical character of her invention: Brynn Evason, a teenager who uses a power wheelchair and computer to communicate. Her adventures, complete with romance and the accompanying drama, are told in “Dancing Daisies” and “Switch the Song.”

“I was going to be the best damn fiction writer, and my books were going to be the next ‘Twilight,’ and I was going to change the world with my writing,” Pyszka asserts in the introduction to “Inside My Outside,” adding with her flair for humor regarding Stephenie Meyer’s series of vampire-related novels: “Don’t judge me. ‘Twilight’ was taking over the world at that time, and I just wanted to have that kind of success.”

The introduction also explains the switch in approach for her third book.

“And so, here I am. About to spill my guts on pages upon pages I can feel better. … And I guess so I can help spread awareness for people like me, too. Let’s not be too selfish here, Sara. Geez!”

All kidding aside, her hope is to change perceptions about people with disabilities in a positive way. Her response to whether she thinks progress is being made in that regard:

“I see more characters in entertainment. I see videos online from people with disabilities explaining how good their lives are.

“However, people still shy away from me. People ignore me. People don’t know what my communication device is.”

By reading “Inside My Outside: An Independent Mind In a Dependent Body,” you’ll learn more about what gaze-enabled communication allows Sara Pyszka to do. Plus you’ll learn all about who she really is.