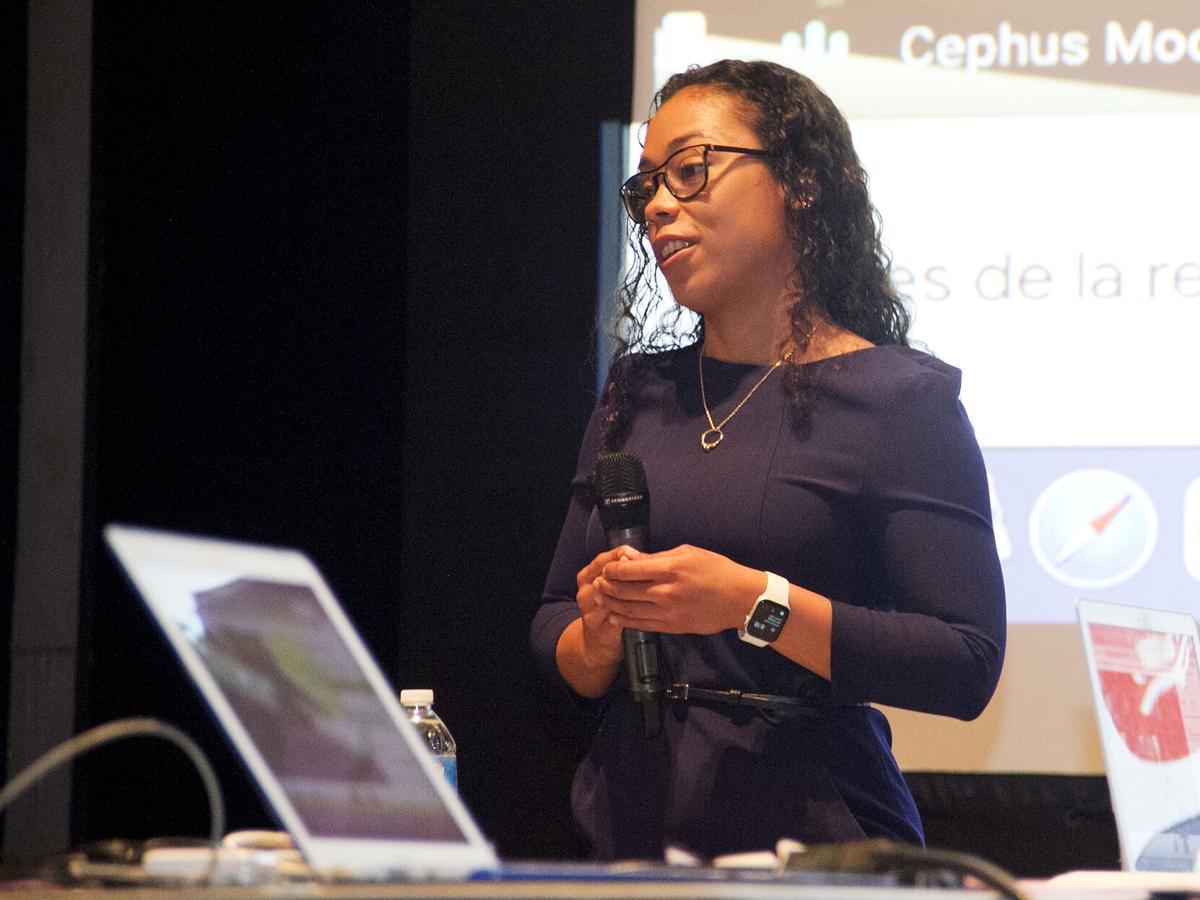 Gabrielle Lee speaks about the experiences that led her to become an attorney. 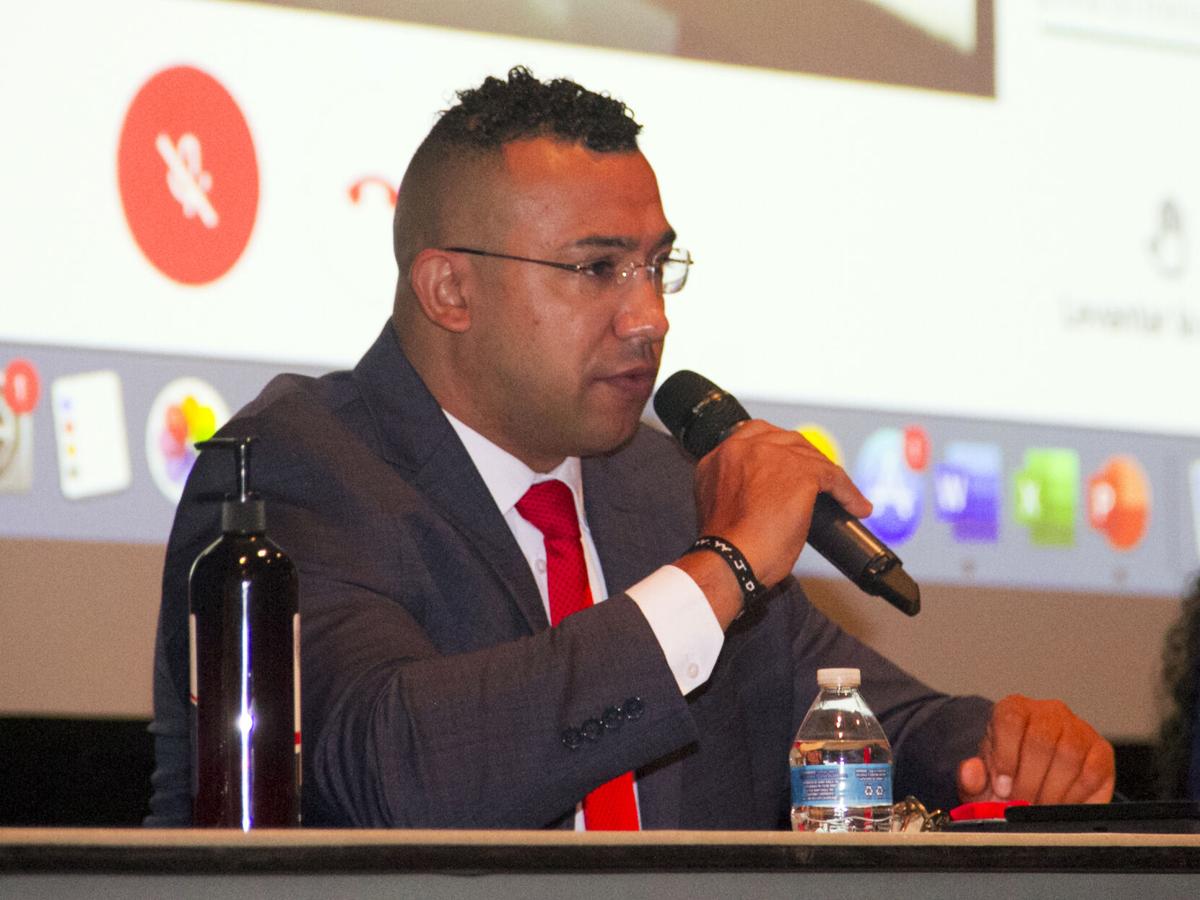 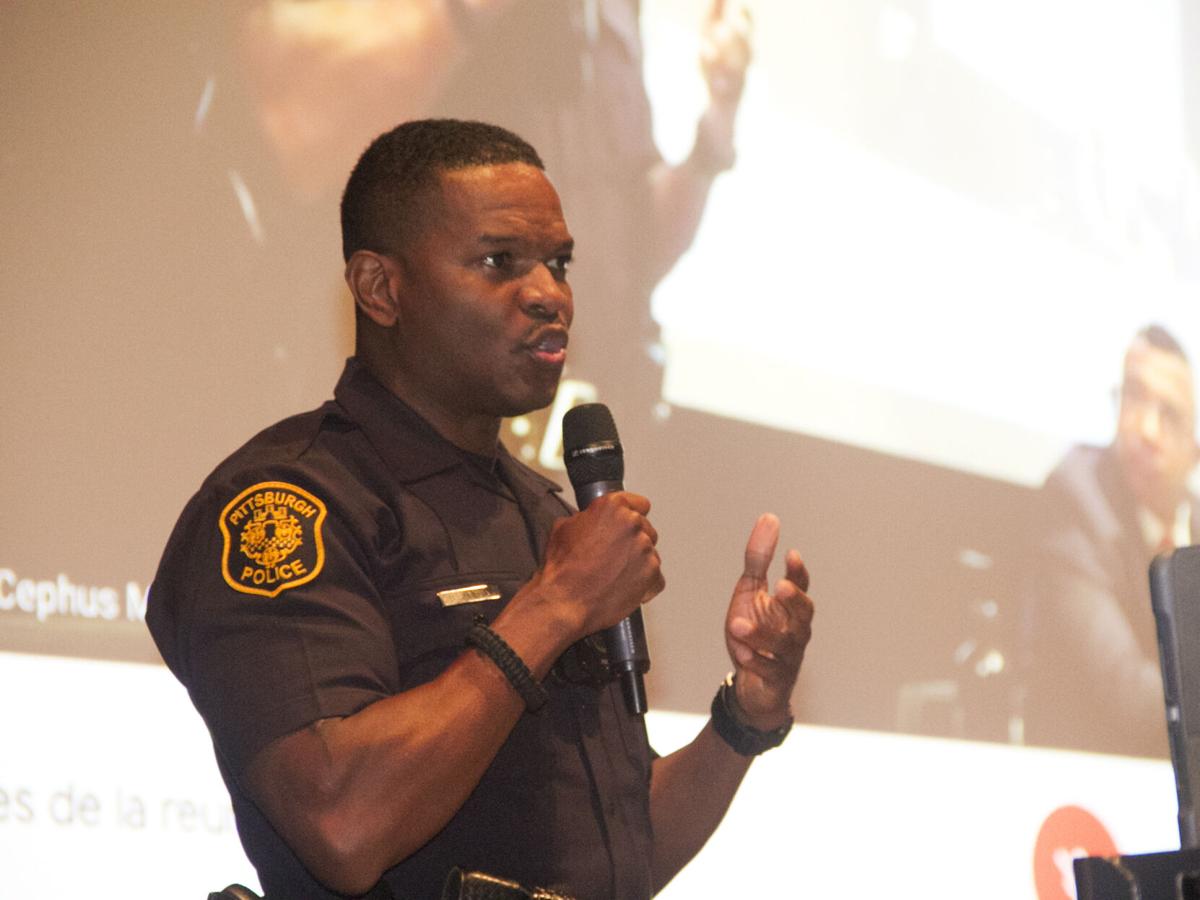 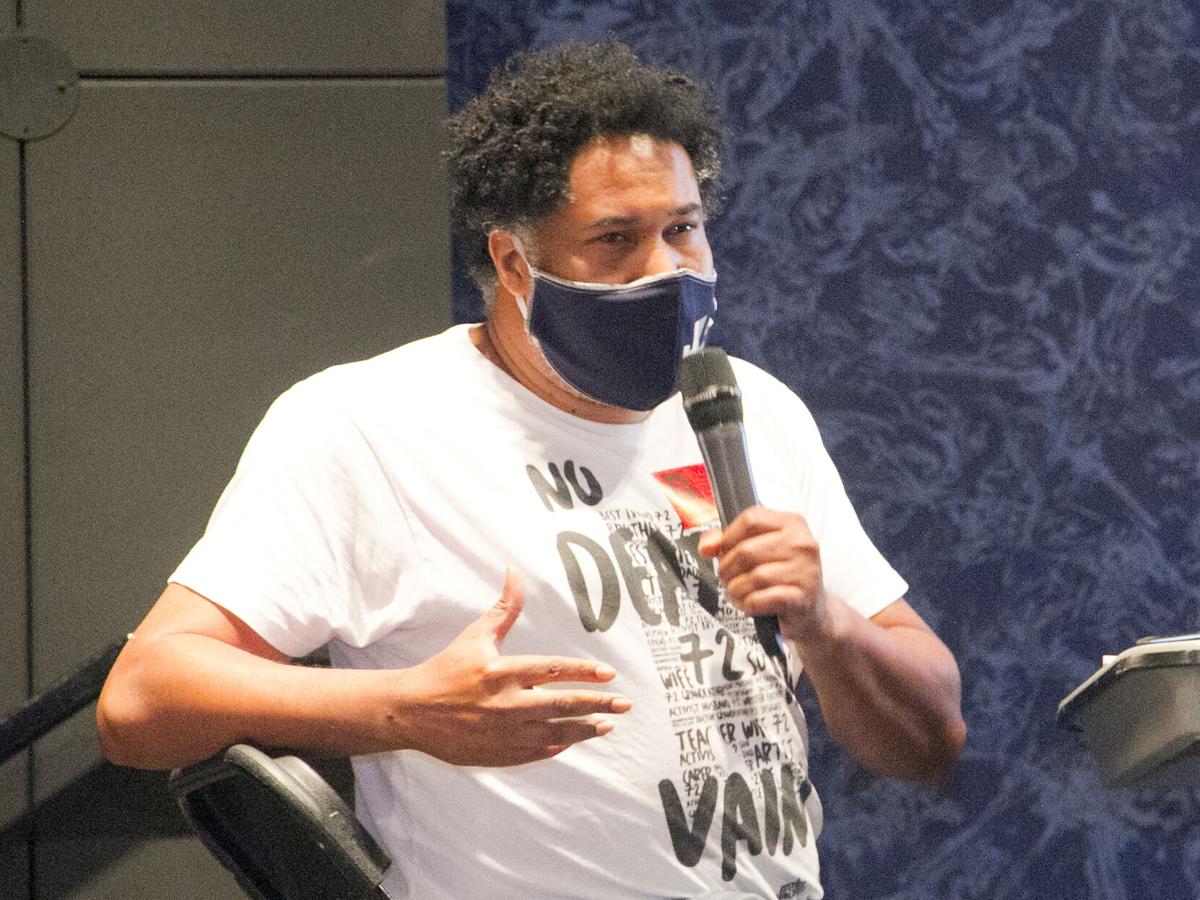 Chris Ivey's "East of Liberty" series gives a voice to the marginalized. 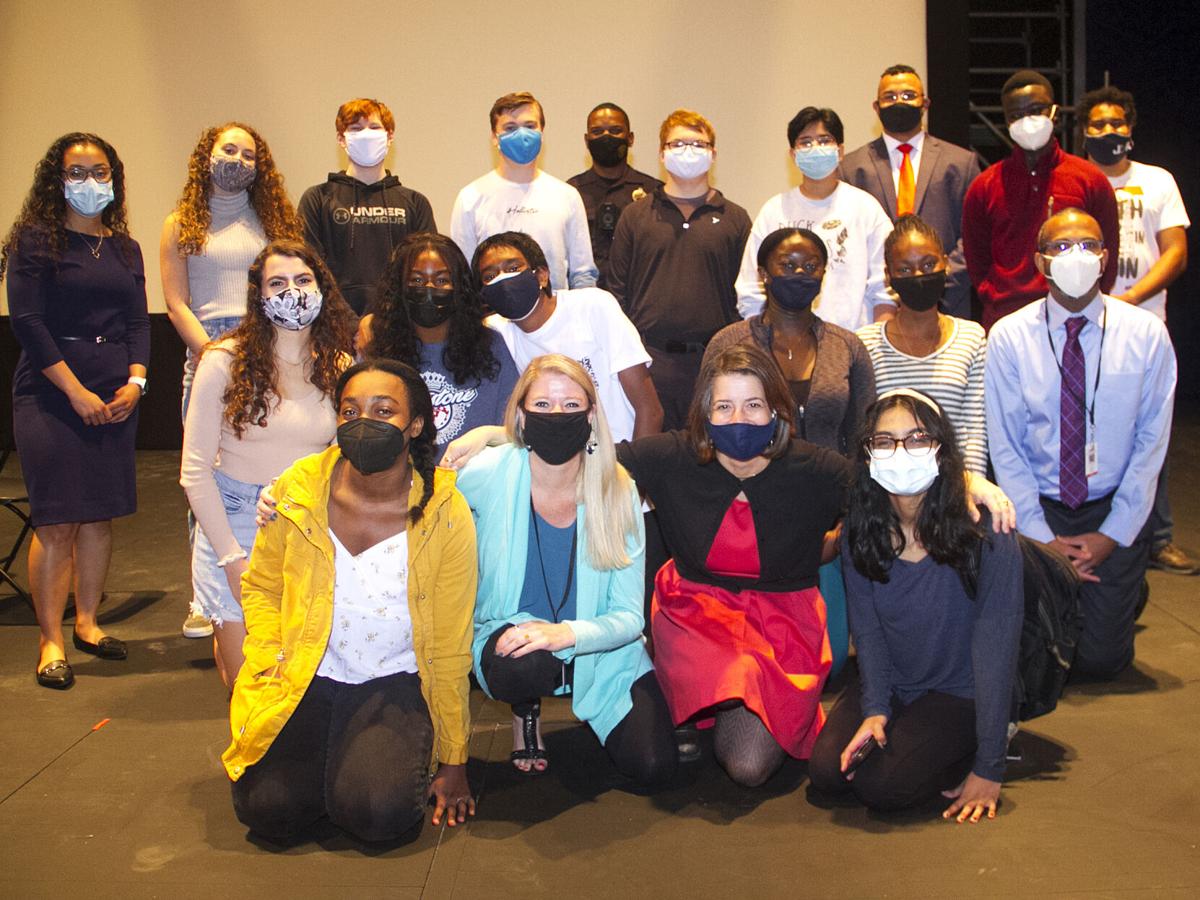 Participants in "Justice for All: A Discussion" gather following the program the Upper St. Clair High School Theater. 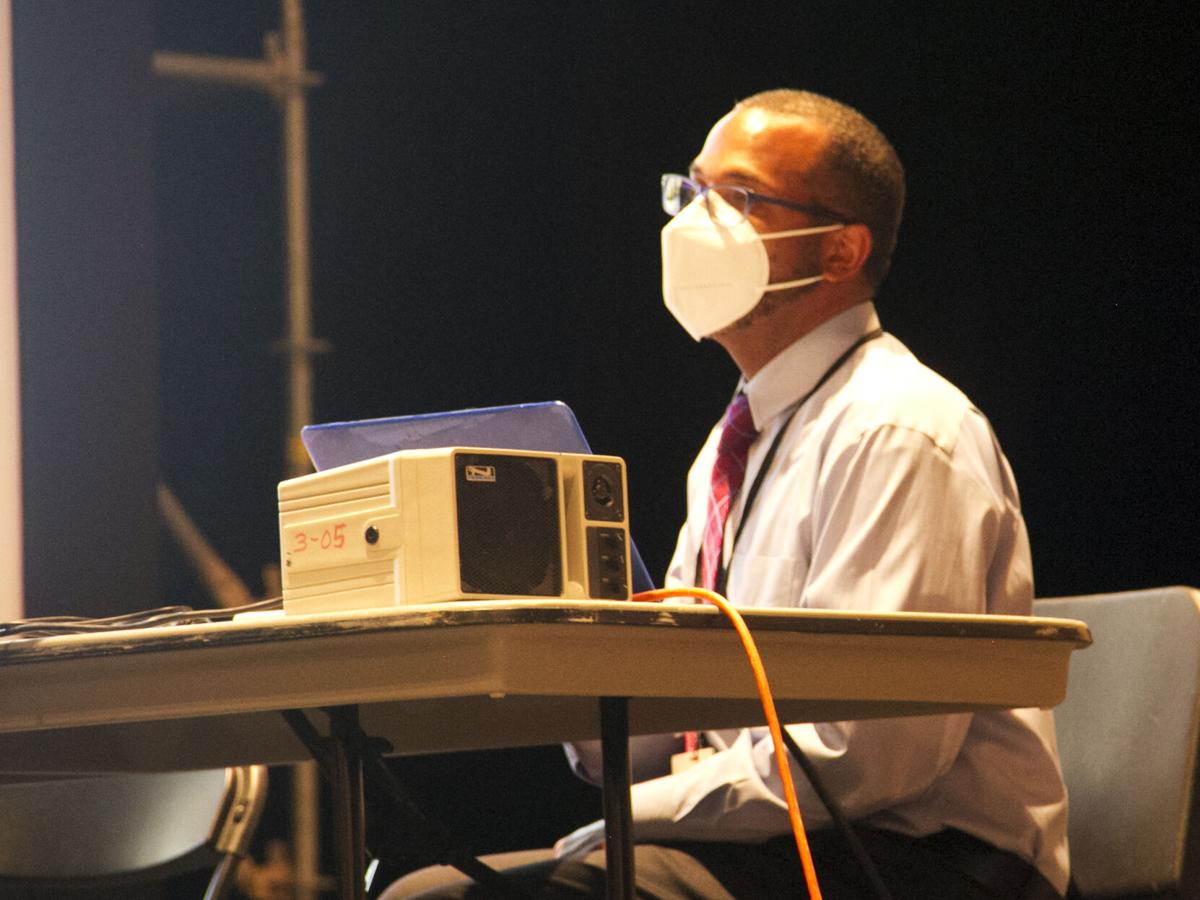 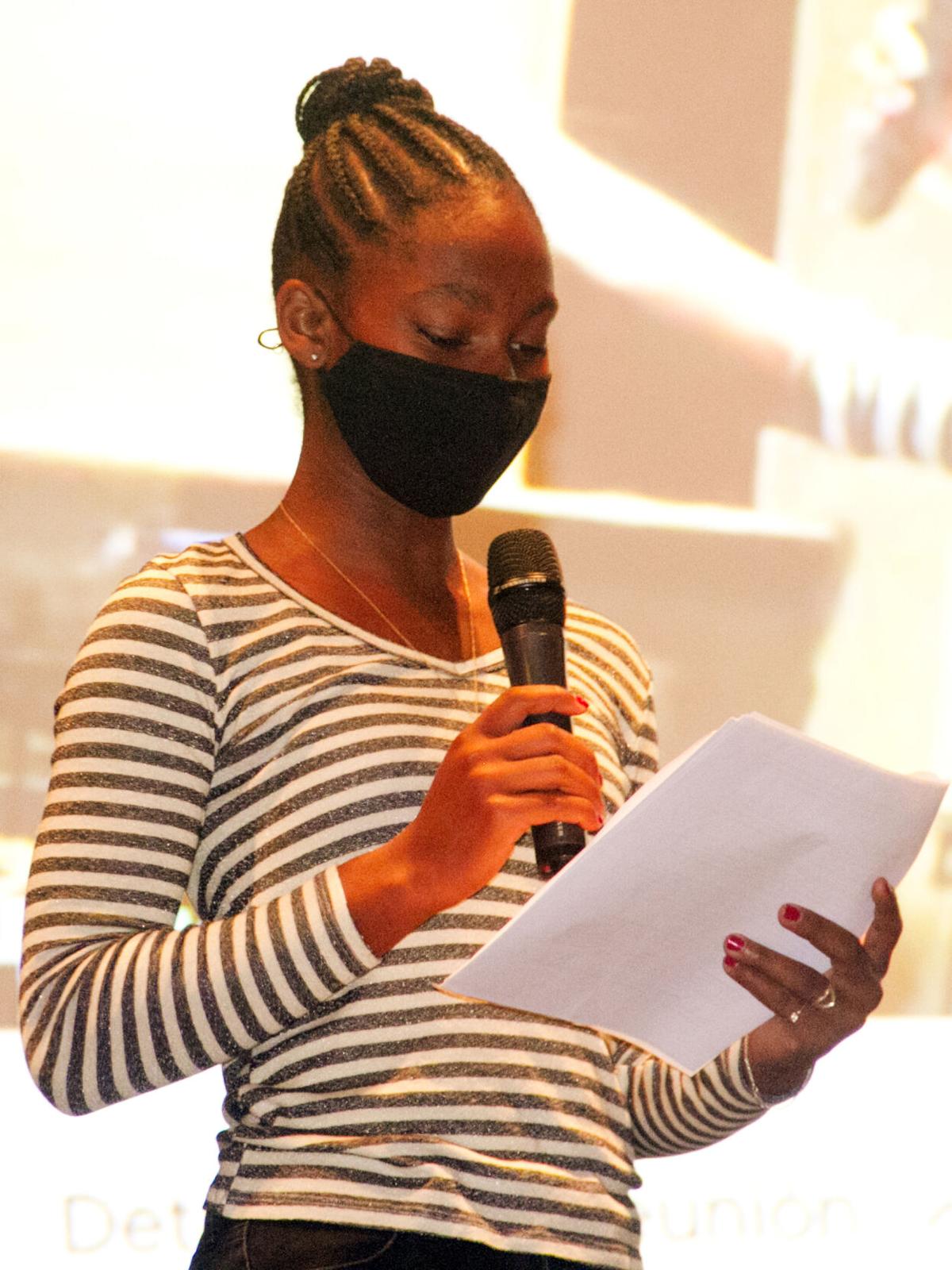 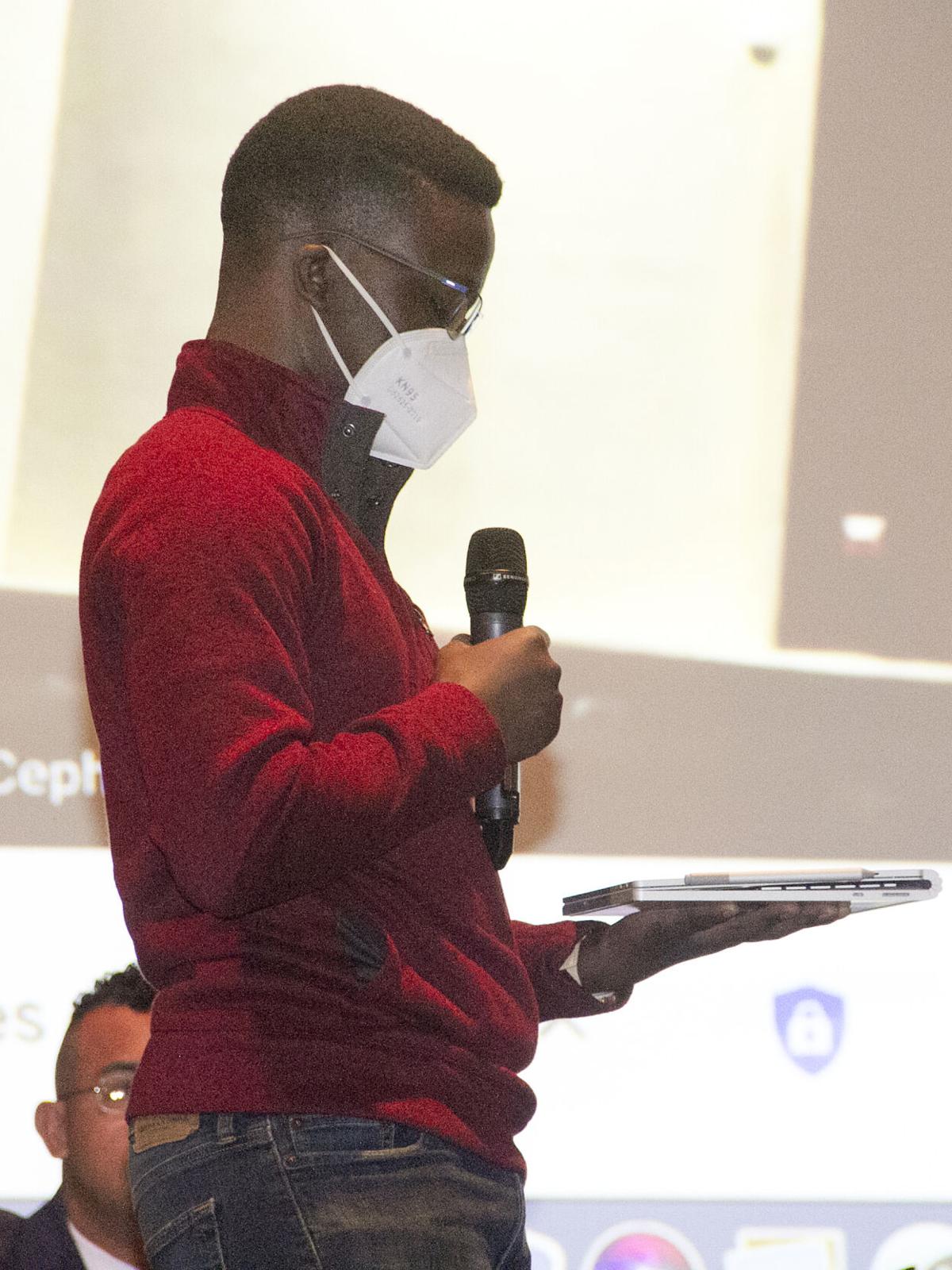 As part of the program, a video produced by Upper St. Clair High School student Kahra Loding was shown, detailing the conflicts between law enforcement and members of the Black Panthers in the 1960s. 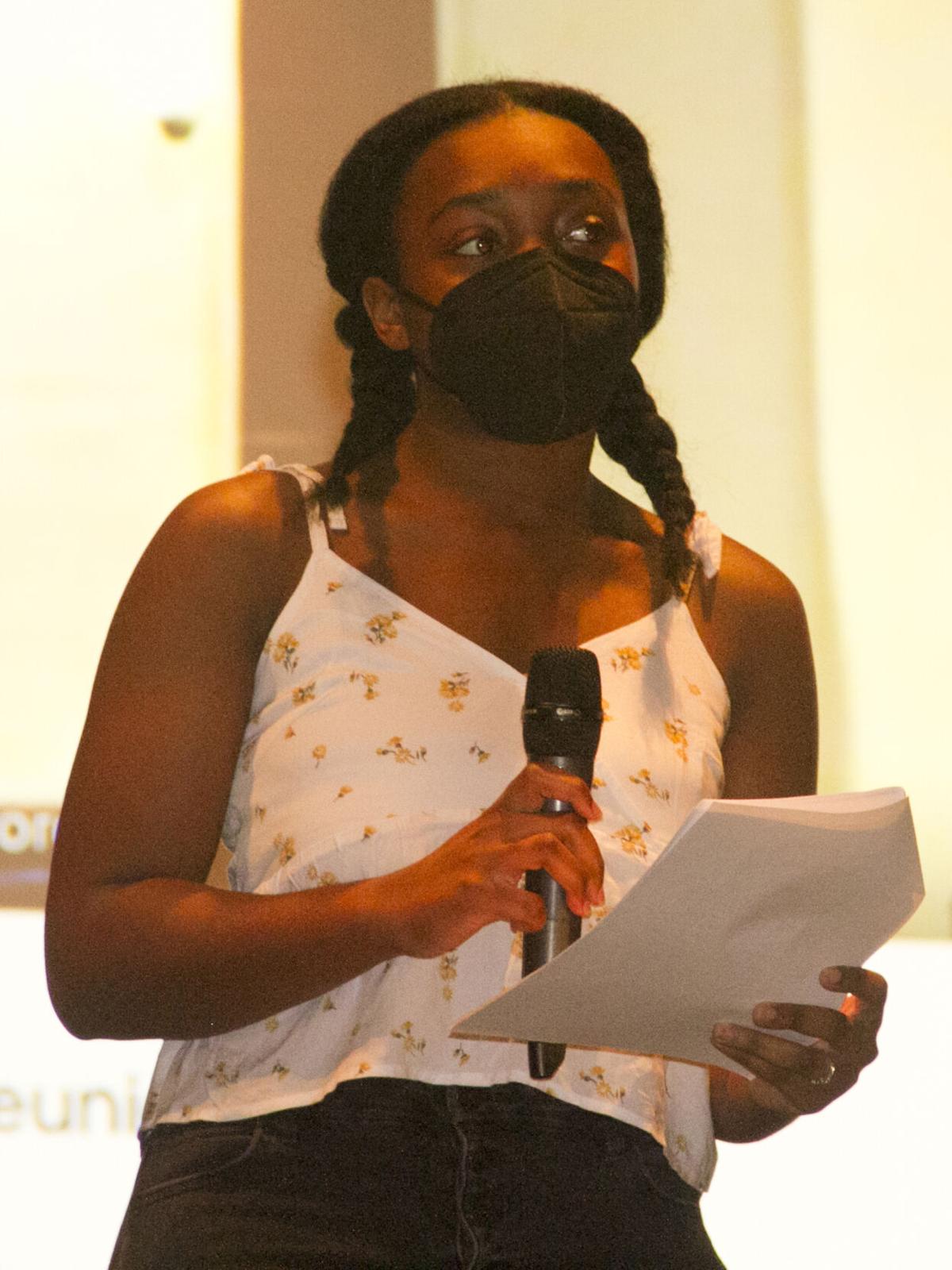 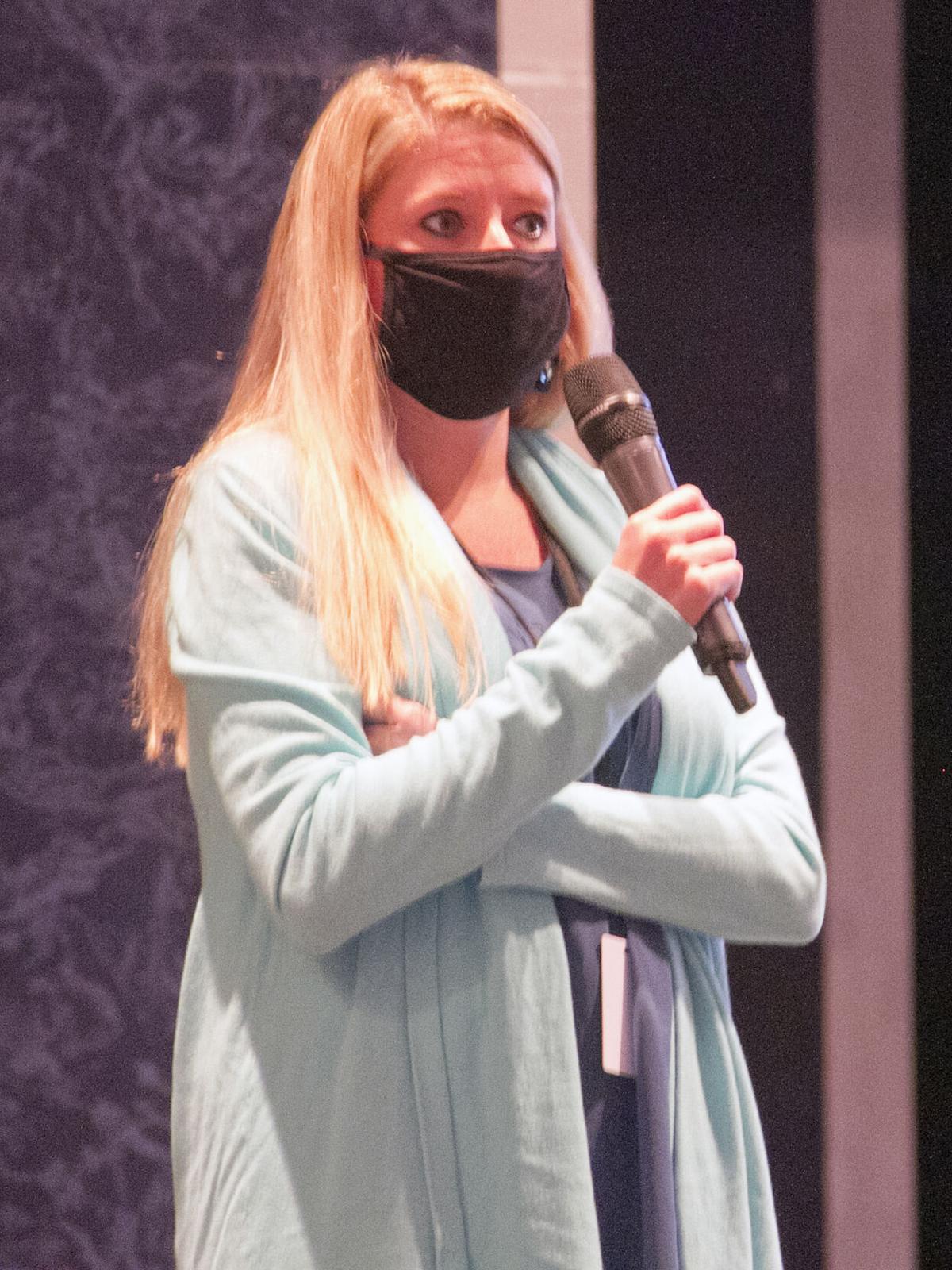 Gabrielle Lee speaks about the experiences that led her to become an attorney.

Chris Ivey's "East of Liberty" series gives a voice to the marginalized.

Participants in "Justice for All: A Discussion" gather following the program the Upper St. Clair High School Theater.

As part of the program, a video produced by Upper St. Clair High School student Kahra Loding was shown, detailing the conflicts between law enforcement and members of the Black Panthers in the 1960s.

When a classmate directed a racial slur to Gabrielle Lee one too many times, her brother tried to make the harassment stop.

The result wasn’t what either of the siblings expected.

“I was arrested for conspiracy to commit assault and harassment,” she recalled. “I was fingerprinted. They took my mug shot. I was 13.”

Frustrated by his teacher’s lack of support, Brian Lee Jr. had ended up punching the classmate. Brian was arrested, too.

“I was fortunate,” Gabrielle said. “I have parents who were able to scrape money together and hire a very good attorney for me.”

Her school district eventually dropped the charges. But the whole experience, as demeaning as it was, laid the groundwork for her deciding to study law and help others by becoming an attorney, herself.

She was among the panelists who participated in Justice for All: A Discussion, a program organized by the Upper St. Clair Black Student Union addressing the question:

“How can we reconcile our interest in law and justice careers with the injustices in the judicial system?”

Regarding her career, Lee told program participants about another contributing factor in her choice.

“I sat through the trial of the person who killed my brother, and it was embarrassing,” she said.

Brian died in 2008 at age 19. A public defender represented the man accused of committing the crime.

“Even though it was a very traumatic experience for me to watch that, one of the things that stuck out in my mind the most was, this guy didn’t even have a chance,” Lee said. “With those two experiences happening to me before I was even a freshman in college, it was really clear to me that we need good lawyers, and we need good, affordable lawyers.”

Today, at 29, she works as a research and writing specialist with the Federal Public Defender, Western District of Pennsylvania.

“When most people hear about federal cases, you probably think about the big, the bad, the large drug conspiracy cases or something extreme. But that’s not really the case,” she said. “I represent people who have been caught with very low quantities of drugs. I represent people who are being charged with crimes involving marijuana. So just because I’m in the federal system does not mean my clients are the worst of the worst.”

When Allen was growing up in Greensburg, he developed what he admits to being a bias against law enforcement.

“I hated police officers, because I’d seen some of the things that they did in the community,” he said. “They arrested my father when I was 16 years old and took him away from my family. So with me being a young man and me seeing that, I didn’t have a very good outlook.”

During the next few years, though, he took a closer look at some of the more positive aspects of police work.

“That really changed my perception within law enforcement and made me want to be the change,” he said. “We always say, ‘Let’s change the criminal justice system.’ I’m all for change. I want it, myself. That’s why I became a law enforcement officer, and that’s why I’m doing the things that I’m doing.”

As a liaison officer in the Pennsylvania State Police Heritage Affairs Section, Allen works toward several objectives, including building relationships within historically under-served communities and providing troopers with training on such topics as culture diversity awareness, implicit bias, racial profiling, de-escalation and the history of policing.

“My office also trains outside agencies, for free,” he said. “We go into these smaller departments that may not have the funds to bring in trainers and different programs.”

“Any type of hate crimes, bias-related incidents or any acts of racial tension that happen, we will oversee it and investigate it from start to finish,” Allen said.

Some examples he cited are the murder of 11 people at the Tree of Life Synagogue in 2018 and the fatal police shooting of 17-year-old Antwon Rose Jr. in East Pittsburgh the same year.

“Law enforcement officers sometimes are just there when bad things happen,” Allen observed. “We all get called there, and we show up and we arrest people. We might give someone a ticket. And it’s all bad.

“We should be there when good things happen, or when nothing happens,” he continued. “You guys should all feel comfortable coming up to a law enforcement officer. And that’s really my passion. That’s my goal within my office, to build that relationship and that strong accountability factor. It’s our duty to make you guys feel safe.”

‘I make a difference because I’m here’

On that point, Payton agreed wholeheartedly.

“We need you in this line of work. It doesn’t work without you. You can’t stand on the sideline and hope the game changes. You’ve got to get in the game and score some points,” he told the students. “Change happens not just from the outside, but from the inside.”

Regarding his early impressions of law enforcement, his story essentially parallels that of Allen.

“I’ve been pulled out of the car, had them reach down my pants to see if I had drugs, humiliated,” the Chicago native reported. “The worst thing in the world is being on a date with a girl in a car, and a police officer pulls you over, talking to you in the worst way. You’re completely emasculated, and you have a horrible taste in your mouth about police officers after encounters like that.”

And so he decided to become part of the solution.

“I make a difference because I’m here,” he said.

Payton actually had other career ideas at first, moving east to attend the Art Institute of Pittsburgh. But he eventually found his calling in the Steel City as a community resource officer.

Neither are other facets of his job, as he discussed candidly.

“So if you’re going to come into this line of work, recognize that it’s not going to be easy. It’s going to be hard sometimes,” he acknowledged. “But it’s worth it at the end of the day.”

‘Controlling your own narrative’

When Ivey moved north from his native North Carolina, his limited opportunities in commercial filmmaking fared well from a critical standpoint.

“I would get the best in show,” he recalled, “but I would never get the work.”

Regarding the lack of offers, a friend who worked in advertising told him:

“Well, you’re in Pittsburgh, and you’ve got two things against you. One, you’re the youngest director working at this level. Nobody’s every worked with anybody that young. Oh, yeah. You’re Black, so they’re definitely not going to work with you.”

One of the jobs he did get was to chronicle the demolition of a high-rise public housing complex, where most of the residents were African American, in Pittsburgh’s East Liberty neighborhood.

“I saw that as an opportunity, meeting a lot of the residents being displaced and how angry and frustrated they were, and how they felt powerless,” Ivey said. “I figured I would use that as a way to channel my own anger, being a young Black person in Pittsburgh and trying to fit in a place where they don’t want me to fit.”

His resulting documentary series, “East of Liberty,” provides a voice for those who generally aren’t heard in a more widespread context.

“I feel like a lot of times, people who live in certain communities, they’re used to being marginalized. They’re used to being silent. They’re used to sometimes being hesitant, being afraid to speak out because there will be repercussions at times. I’ve seen it,” he said. “But you have to fight for whatever you need in life, or there’s a good chance it will all get taken away.”