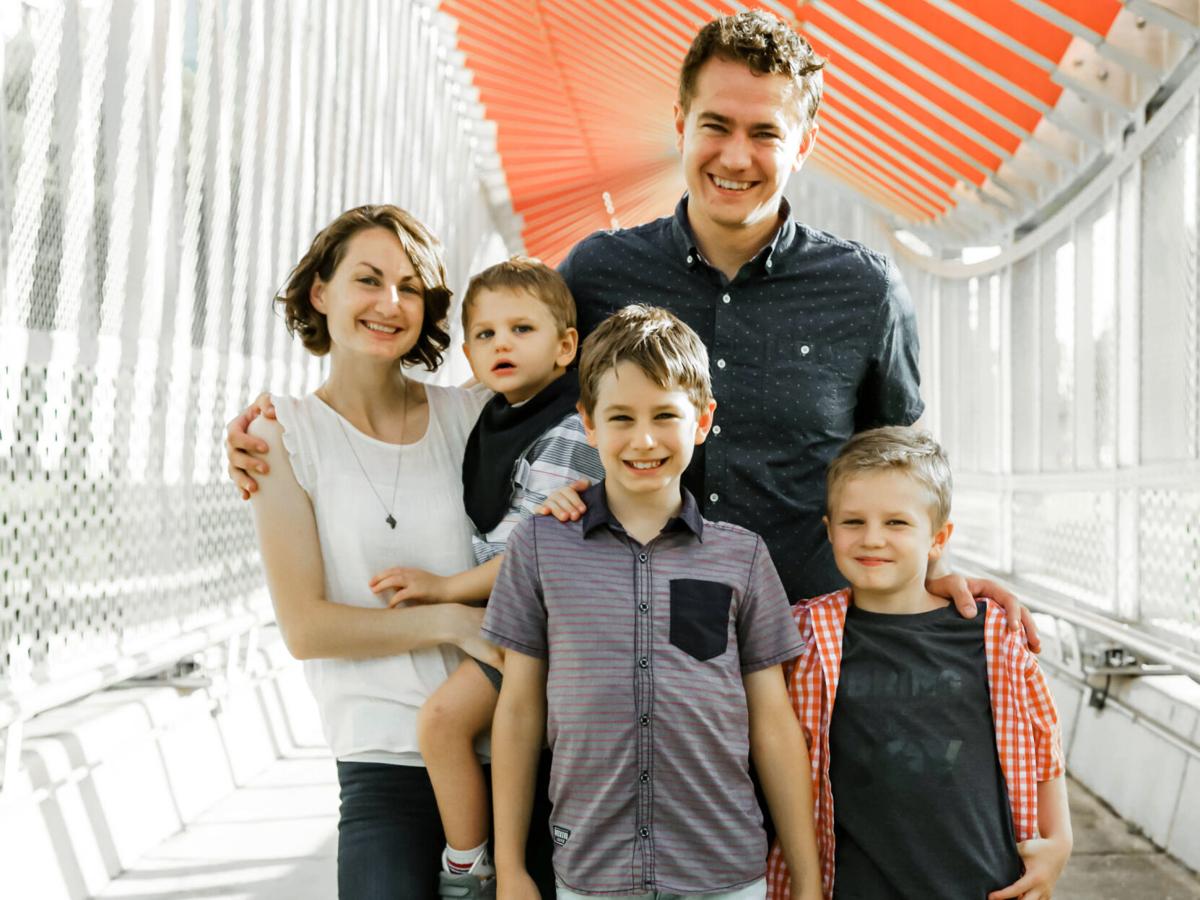 Members of the Stelmaszek family are, from left, Sydney, Emmitt, Isaac, Brett and Judah. 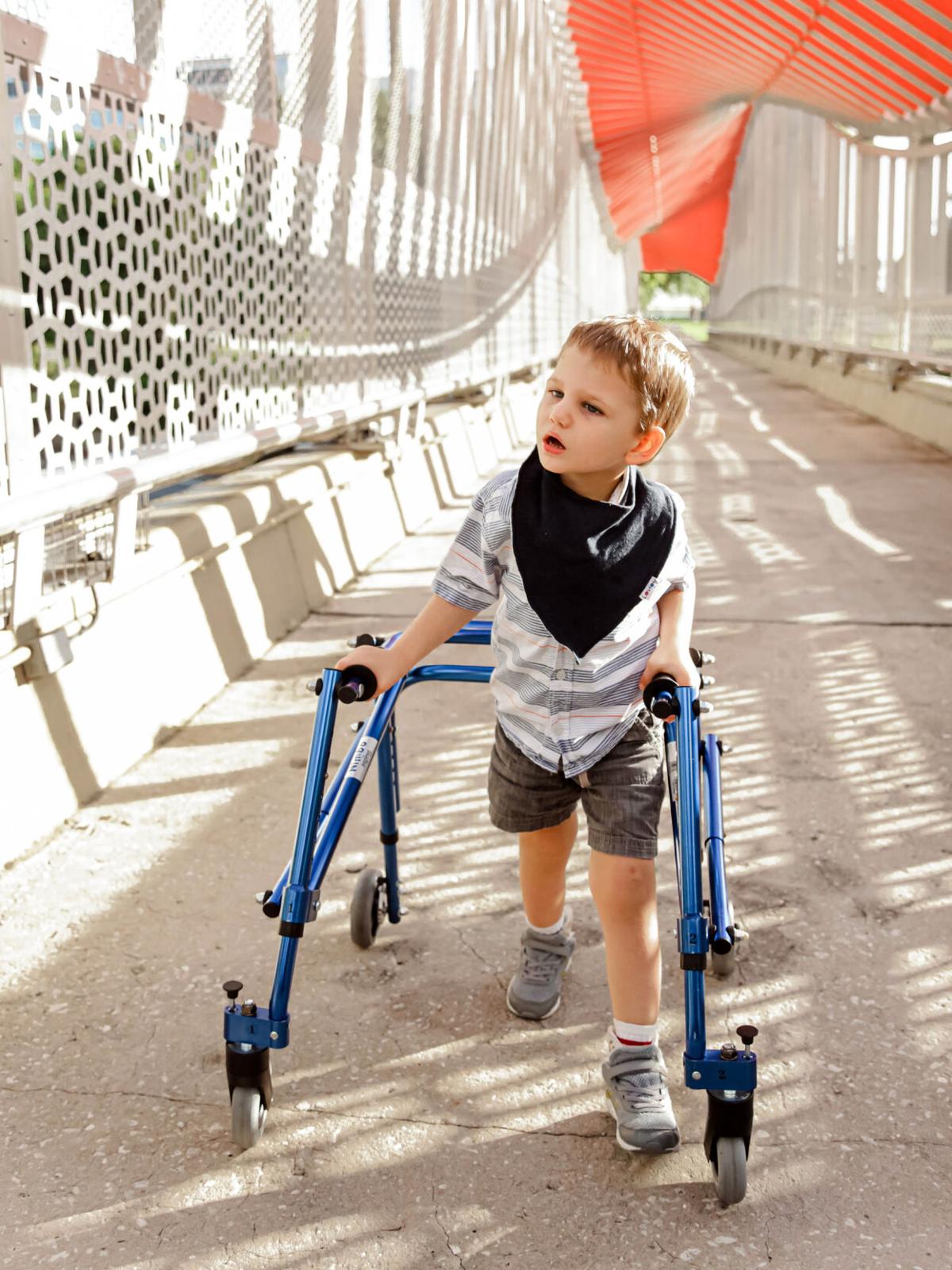 Members of the Stelmaszek family are, from left, Sydney, Emmitt, Isaac, Brett and Judah.

During the 50th-anniversary year of the first cross-country vehicular trek that has become legendary as the Cannonball Run, an Upper St. Clair resident is planning his own journey, with a twist.

When Brett Stelmaszek travels the traditional route in October from New York City to Redondo Beach, Calif., he plans to make a stream of the whole trip available for simultaneous viewing.

“Honestly, I don’t think anybody has ever tried to drive across the country while livestreaming before,” he said.

As the owner of a tech-centered media production company, he’s in as good a position as anyone to make everything work effectively for 2,900-plus miles in his electricity-powered Tesla Model X.

But the true purpose of the quest is to raise money – the goal is $100,000 – for the SynGAP Research Fund and, by extension, to raise awareness about what the fund addresses.

In 2019, Brett and Sydney Stelmaszek’s son Emmitt was diagnosed with a rare genetic disease called SynGAP1, the number of cases of which is reported as 808 worldwide and 227 in the United States.

“We actually suspect, based on predictions researchers have come up with, that as many as a million people around the world are affected by this disease,” Sydney said. “And they just don’t have the proper diagnosis yet.”

At its basis, SynGAP1 involves a protein that is critical for the development of cognition and proper synapse function.

“The first diagnosis they might get is autism spectrum disorder and developmental delay,” Sydney said. “Then some of them will be diagnosed with epilepsy. And a lot of times, it’s only down the road – sometimes even if they’re as old as 10, 11, 12 – that they actually get this genetic diagnosis that explains all of the symptoms they see. And last year, we actually had a 65-year-old diagnosed.”

Emmitt was 18 months old when his parents received an accurate diagnosis, and they have supported the SynGAP Research Fund heavily since, with Sydney currently serving on the nonprofit’s board of directors.

The Stelmaszeks also have organized a series of fundraisers, generating $43,000-plus in 2020 through a 24-hour event – “silly and fun,” as Sydney described it – featured live on YouTube and the Twitch streaming service.

“We incentivized people last year with consequences,” she said. “If they gave a certain amount, the team would have to do different silly things.”

“We just have to retool it completely to make it safe in a car,” he said. “The primary objective is safety, because we’re all going to be SynGAP dads who want to go home to our kids.”

He will be joined by two or three others whose children have the disease when the journey starts Oct. 9 at the Red Ball Garage in Brooklyn, the spot from which writer-adventurer Brock Yates and three others departed in 1971 for what they called the Cannonball Baker Sea-To-Shining-Sea Memorial Trophy Dash.

“We have a general idea of where we’re going to stop, and so it’s going to take roughly 60 hours, with about 12 of those hours being charging,” Brett said about the electrical equivalent of gassing up the Tesla. “I made sure it was viable, and I’ve been working on the technology behind the scenes, how we will livestream it and what camera setups do we need.”

Rather than trying to set some type of speed record – as Cannonball Runners are prone to do, not necessarily sticking to applicable traffic laws – his emphasis is on endurance.

“Being a special-needs parent takes a lot of endurance. It’s dealing with challenges. Things come up. It’s really difficult,” Brett said. “And so we’re tying it together with that metaphor, and also the metaphor of electric vehicles being the technology of the future.

“We live in a time when our son’s rare disease has the possibility of being cured or treated with modern technology, and that’s something that never existed before,” he continued. “As much as we struggle on the day-to-day of raising Emmitt and taking care of him, we’re also really hopeful for what his future could be.”

The Stelmaszeks were living in South Africa, working for a humanitarian nonprofit called Life Child, when Sydney started noticing unusual flutters in Emmitt’s eyes. A neurological test at the time revealed no abnormalities, but Emmitt eventually started experiencing more severe symptoms, including seizures.

“We were trying to find the best neurologist, the best care we could get in South Africa. And we kind of ran up to the limits of the system, especially with a rare disease. It became clear that we had to go back to the United States,” Brett said. “And that became even more pressing when Emmitt went into what’s known as status, where his body couldn’t stop seizing.”

They returned to Gainesville, Fla., where Sydney and Brett had attended the University of Florida together, for what turned out to be temporarily.

“We started researching states that were taking a different approach to caring for kids with lifelong disabilities,” Sydney said, “and we found Pennsylvania.”

And considering further criteria such as cost of living and availability of top-notch healthcare, they chose a certain section of suburban Pittsburgh as the new home for Emmitt and his brothers, Isaac and Judah.

“Does it check all of these boxes of our daily needs to care for a family and then to care of all of Emmitt’s special needs?” their mother said. “And we were able to do pretty much everything by living in the South Hills.”

Sponsorship opportunities for the charity livestream are available by contacting TendaiM@ufdmedia.com. Brett Stelmaszek can be reached at bretts@ufdmedia.com.