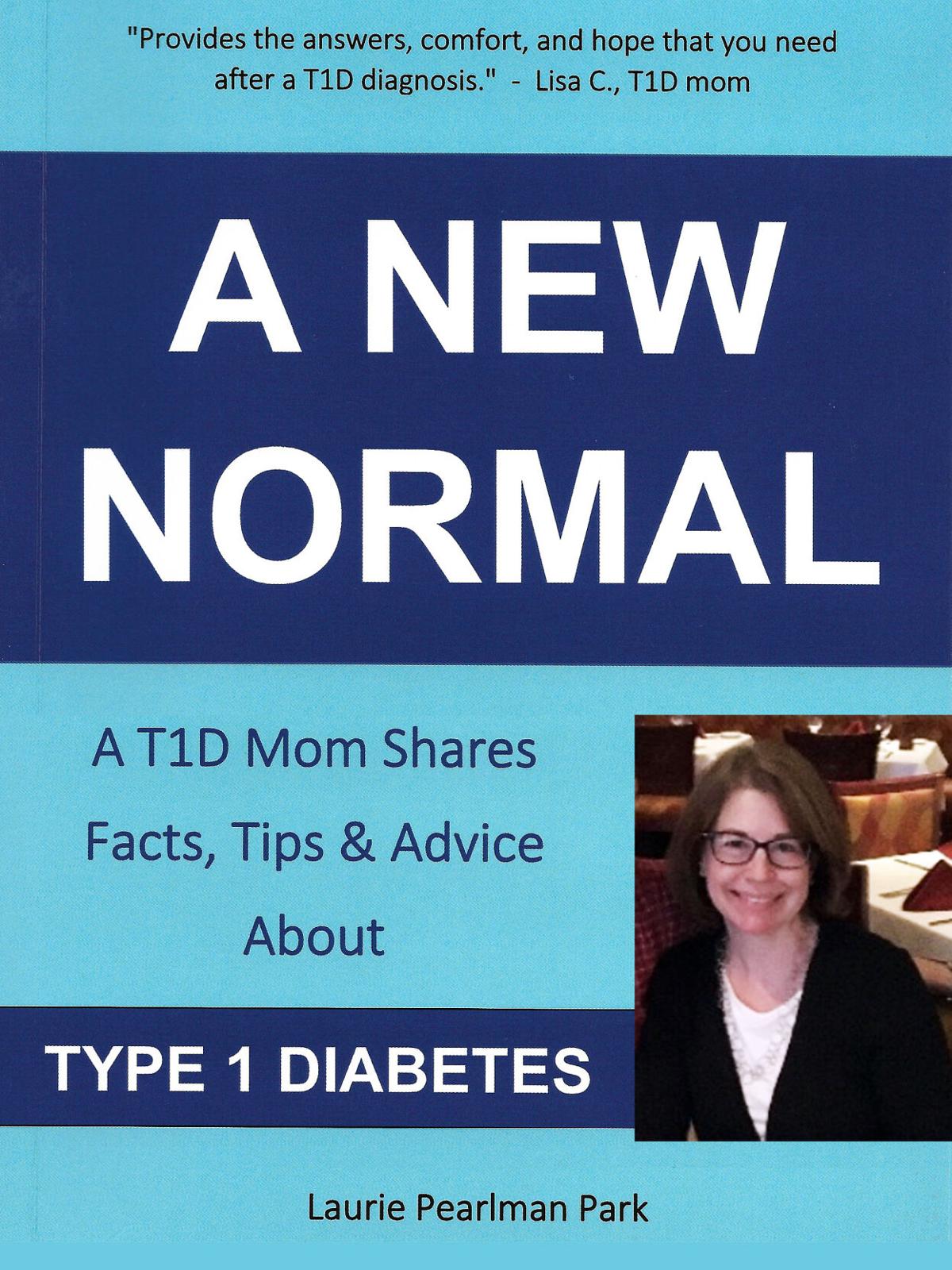 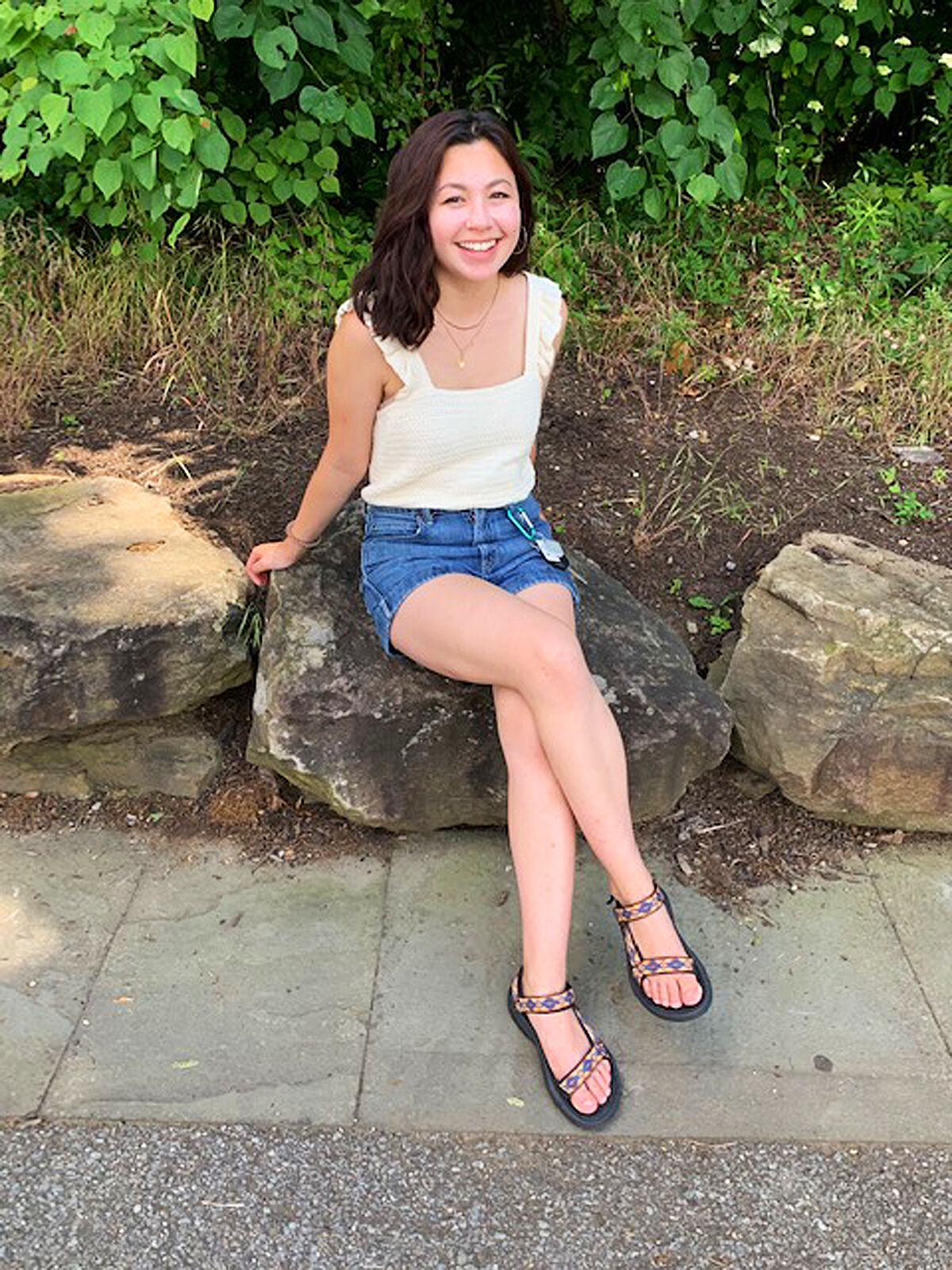 Jenny Park is working on her master’s degree at Emory University’s Rollins School of Public Health in Atlanta.

The whirlwind that followed took then-Upper St. Clair high school junior Jenny Park to the emergency room at UPMC Children’s Hospital of Pittsburgh, where she was admitted for three days’ worth of testing.

Her mother, Laurie, stayed with Jenny throughout the ordeal, learning about the diagnosis’ confirmation and what needed to be done to manage it going forward.

“Essentially, those three days are filled with diabetes educators coming into your hospital room and teaching you how to keep your child alive,” Laurie Park recalled. “There’s no time to let it sink in, because the minute you’re discharged from the hospital, you’re in charge of your kid’s life and you have to do all those steps every single day.”

For the benefit of parents facing similar scenarios, Park authored “A New Normal: A T1D Mom Shares Facts, Tips, and Advice About Type 1 Diabetes,” a book that draws from what she has learned in the seven years since her daughter’s diagnosis.

“I initially started writing the book as a blog, about my personal experiences and feelings,” she said. “At a certain point I thought, you know what? I need to make this more general and more universal, and I want to write a book primarily for newly diagnosed families.”

The finished work, which is applicable to anyone in any stage of the autoimmune disease, contains 32 chapters addressing various facets of Type 1 diabetes, from information on what exactly it is and how it affects the body to reports on advancements in its treatment.

“In addition to conveying the facts and the tips, I also wanted to convey a sense of hopefulness about the future, because I felt very hopeless when Jenny was diagnosed,” Park said. “I truly thought all the hopes and dreams that I had for her and that she had for herself were dashed.”

That was seven years ago, and today Mom is happy to report Jenny has started work on her master’s degree in public health at Emory University’s Rollins School of Public Health in Atlanta, near the home of the U.S. Centers for Disease Control and Prevention.

“I do think that her own illness, and her awareness of what it’s like to live with an illness, made her interested in public health in the first place and gave her the desire to help other people on a large scale with their health, especially children,” Laurie said.

What is Type 1 diabetes?

A summary from Laurie Pearlman Park’s “A New Normal: A T1D Mom Shares Facts, Tips, and Advice About Type 1 Diabetes”:

• Type 1 diabetes is an illness in which the body has stopped making insulin.

• People with T1D must inject or pump insulin into their bodies every single day for the rest of their lives.

• Type 1 is an autoimmune illness. It is not contagious.

• With proper management, people with T1D can live lives like everyone else.

In fact, after she graduated from American University in Washington, D.C., Jenny worked for UPMC Children’s Hospital of Pittsburgh for a year, conducting educational programs throughout Allegheny County.

She pretty much had been a typical high school student prior to 2013, when some issues with her health arose.

“My best guess at the time was maybe she had an eating disorder, because she was eating a tremendous amount,” her mother said. “And she, herself, said to me, ‘I’m always hungry. I can’t stop eating.’ She had never been that way before.”

Other moms seemed to confirm her opinion that stress was the major contributing factor. But a visit to the pediatrician proved reason for much greater concern.

Type 1 diabetes, a chronic condition in which the pancreas produces little or no insulin, is something that has no history on Laurie’s side of the family or that of Jenny’s dad, Paul. And so her diagnosis not only came as a complete shock, but it compelled them to learn all about the disease in a hurry, particularly with regard to its treatment.

“Neither my husband nor I had any background in healthcare or giving shots, testing blood sugar. But they basically give you a crash course while you’re in the hospital,” Laurie said. “She had to wake up at midnight and do her blood sugar check, and had to wake up at 3 a.m. That was for several weeks, and that really takes its toll, I’ll have to say.”

Advancements in technology have allowed Jenny to acquire a “hybrid artificial pancreas,” not any type of an implant, as her mother explained, but a combination insulin pump and continuous glucose monitor worn externally. The two components work together to help ensure safe blood-sugar levels.

Still, not everything is automatic.

“You have to determine the number of grams of carbohydrates in whatever it is you’re eating,” Laurie said. “Insulin is very concentrated, so it’s extremely important to get it as right as you can. If you give too much insulin, more than matches the number of carbohydrates, you could have a very low blood sugar, which could be deadly.”

Too little insulin, in turn, could have the opposite effect. And in any case, the long-term effects of Type 1 diabetes can be devastating, leading to the likes of blindness, kidney failure, stroke, heart attack and the amputation of limbs.

“If you go years with high blood sugar that’s uncontrolled, you may feel fine in the short term or feel a little sick, but you may not fully appreciate all the damage that’s being done,” Laurie said. “It’s damage that’s being done to your blood vessels, and you don’t feel it. And when it finally shows up, it’s too late and can’t be reversed.”

She gives a lot of credit to Jenny in keeping up with what she must do to thrive.

“I freely admit, I don’t know that I would have done as good a job,” Laurie said. “I don’t think I would have. I’m happy that she was so conscientious by personality and has been able to take care of herself.”