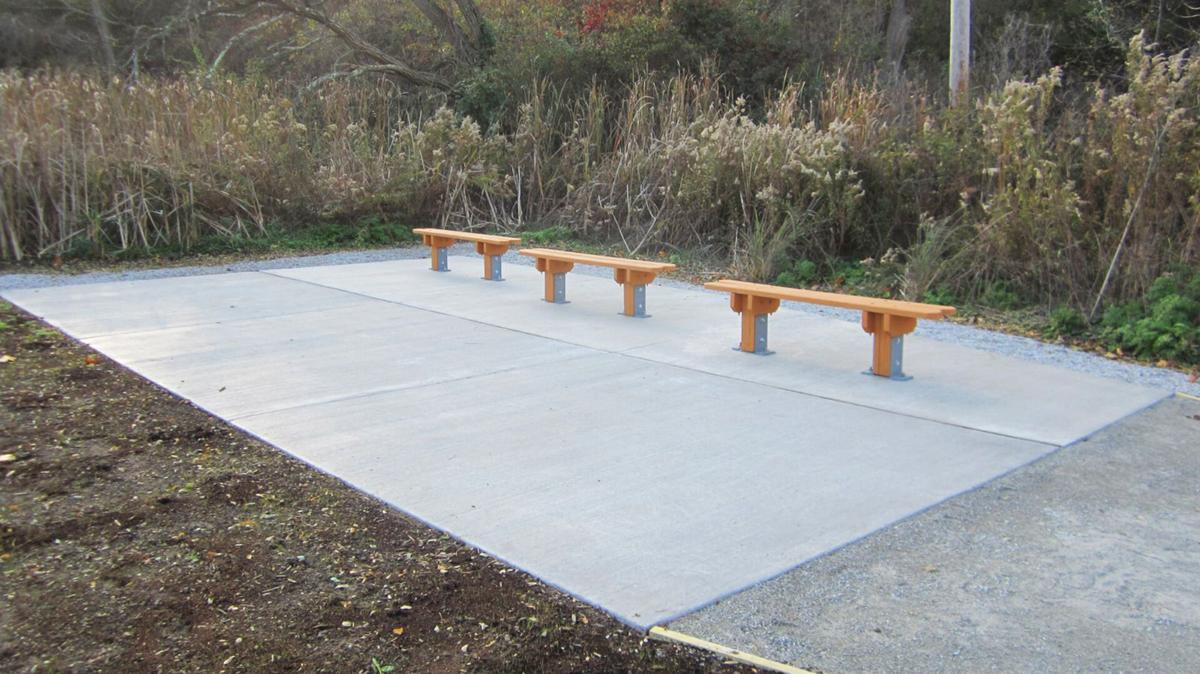 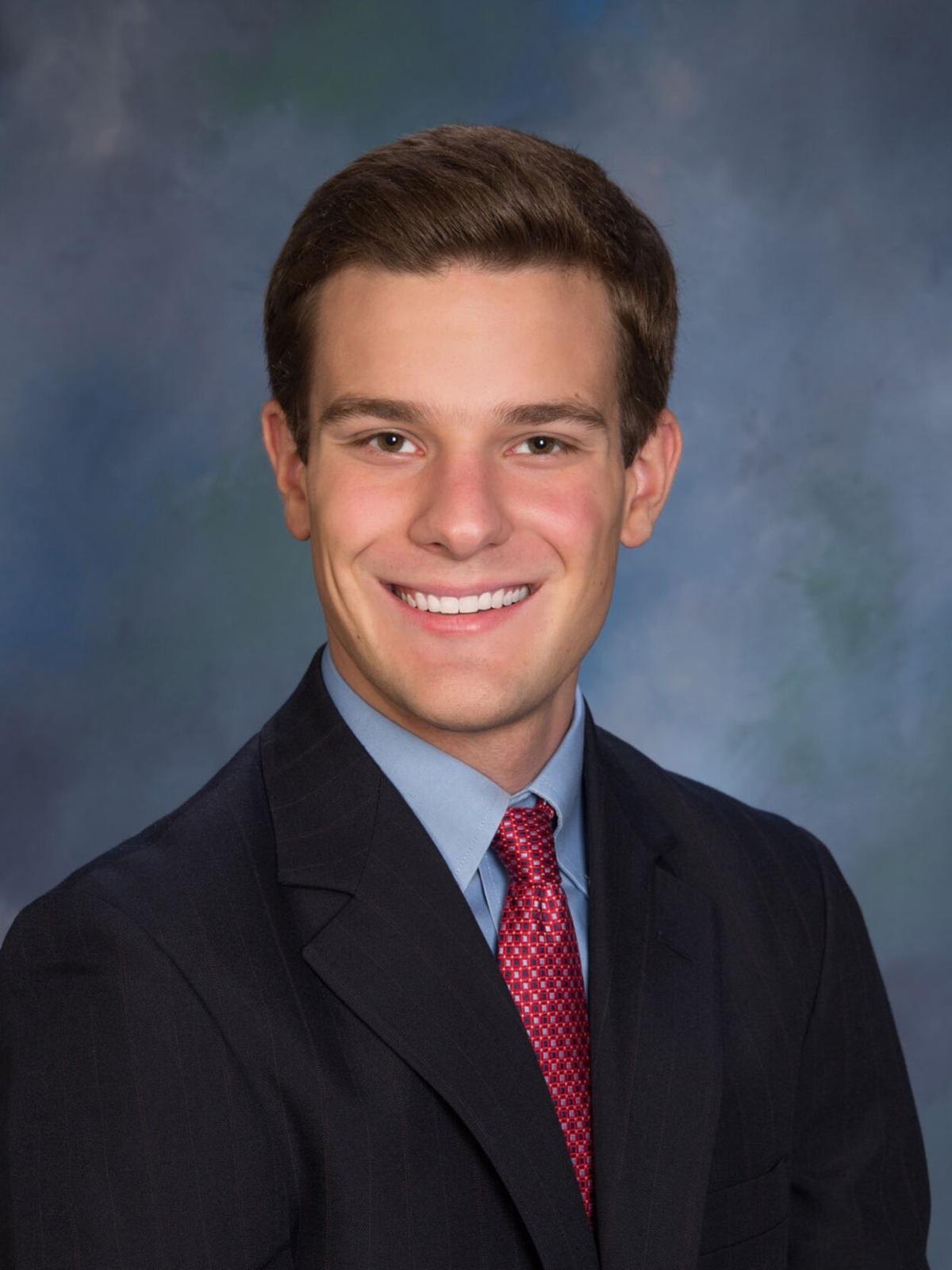 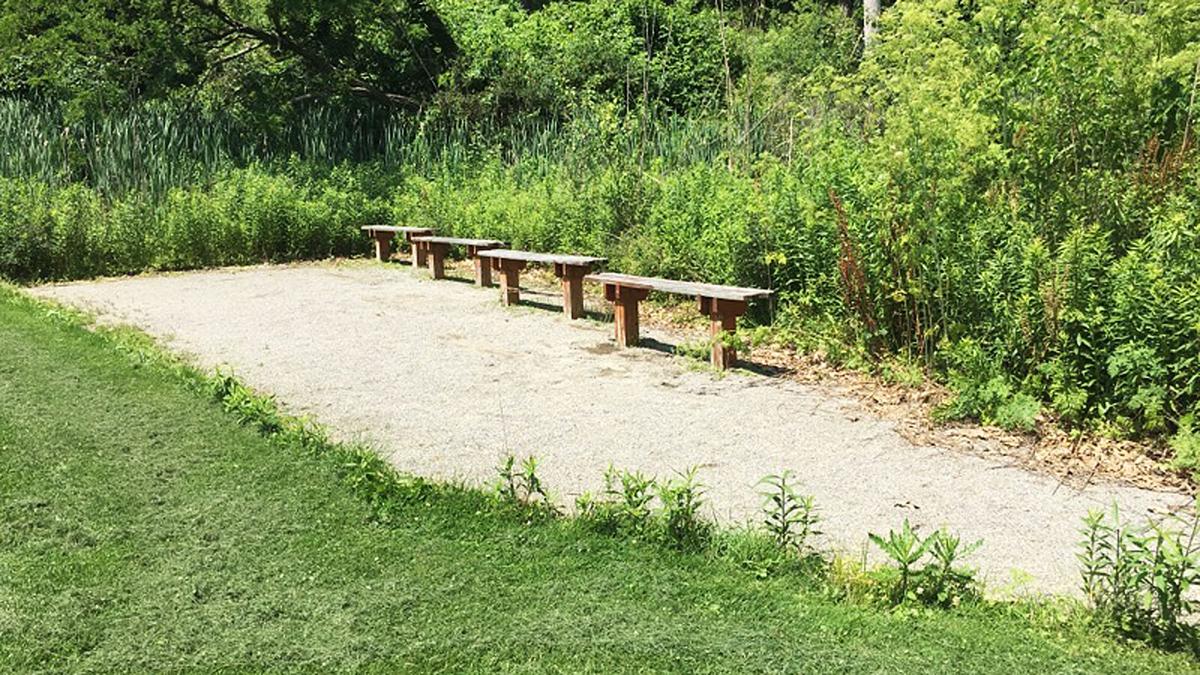 Pathfinder School in Bethel Park has a refurbished outside space for students to enjoy, thanks to an Upper St. Clair resident.

For his Eagle Scout service project, Jacob Yakima led the overhaul of a small bench area near the academic building, including replacement of gravel at the site with concrete so as to accommodate people who use wheelchairs.

His interest in the school for children with special needs stems from an experience a few years ago when he was a member of the Upper St. Clair High School swim team. The mother of a Pathfinder student asked Yakima and a teammate to help coach her son to compete in the Special Olympics.

“He’s such a wonderful kid, and I really have enjoyed coaching him and being with him for the past couple of years,” Yakima said about the student. “Having that experience of being part of the Special Olympics team just kind of inspired me to do something for the kids at Pathfinder School.”

He talked about possibilities with Nicholas Fratto, the school’s principal, and decided on his project after seeing the bench area.

“It seemed like it could be a really nice place for kids to play around, sit and take a break, maybe have lunch there,” Yakima said. “I wanted to do something that would have an impact for a long time, so that the kids could use it.”

And so he embarked on making improvements, with help from his fellow Troop 366 Boy Scouts and plenty of other folks.

“One thing that surprised me about doing this project was just how welcoming people were, and nice they were and generous they were with their donations,” he said.

The logistics proved to be a bit of a challenge.

“One of the first things I had to do was dig the bench area, and dig it like a foot deep,” Yakima said. “I couldn’t do that with just shovels.”

He contacted Andy Amrhein, the owner of Evey True Value Hardware in Bethel Park and a fervent supporter of community projects, who provided the use of an excavator.

Another of Yakima’s supporters from an equipment standpoint was Knickerbocker Russell Co. of Robinson Township.

“We were worried about a concrete truck getting there,” he said about the bench area, “because we didn’t want to damage any sewer pipes or anything. One option was wheelbarrowing it, which was not my preferred option because that would have been too much work.

“The amount of concrete we needed for the project was nine cubic yards,” Yakima added. “So it was a big project, and I just couldn’t imagine us hauling that much concrete.”

Knickerbocker Russell’s solution was to provide versatile Power Buggies, at no charge, to transport the concrete from the truck to the site.

Yakima said the assistance of Upper St. Clair architect Robert Stevens in helping him draft documents to submit to the municipality of Bethel Park for necessary permits was also crucial to completing the project.

And of course, Dave and Patty Yakima, Jacob’s parents, had a lot to do with everything coming together successfully.

“They’re just my biggest supporters, and they helped me so much with seeing this project through,” Yakima said.

A 2020 Upper St. Clair High School graduate, he has started his freshman year at Ohio State University – taking courses online, for now – with an intended major in finance.

“To achieve the Eagle Scout has been the culmination of everything that I’ve learned from Scouts,” he said. “Really, the biggest lesson I’ve taken is leadership, how to be a leader for your younger Scouts and how to be an example.