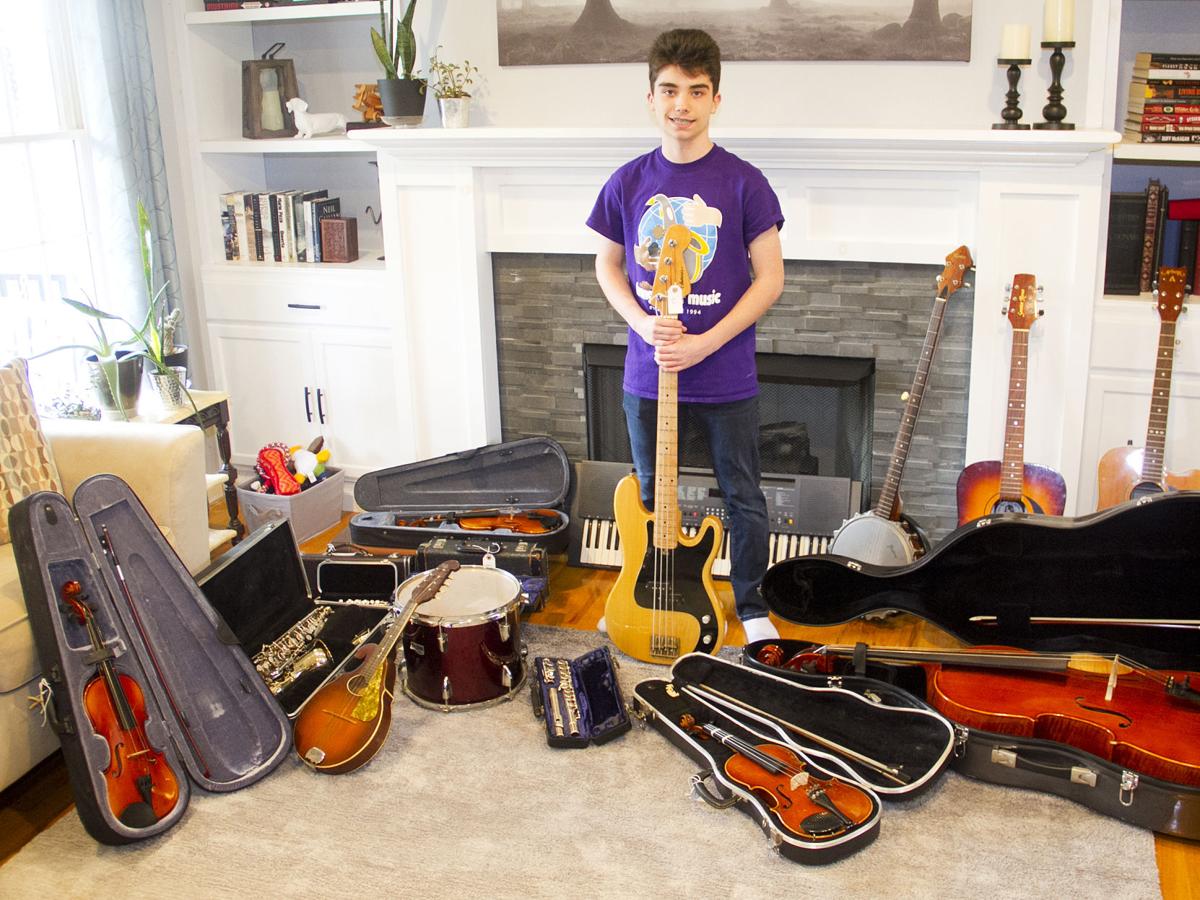 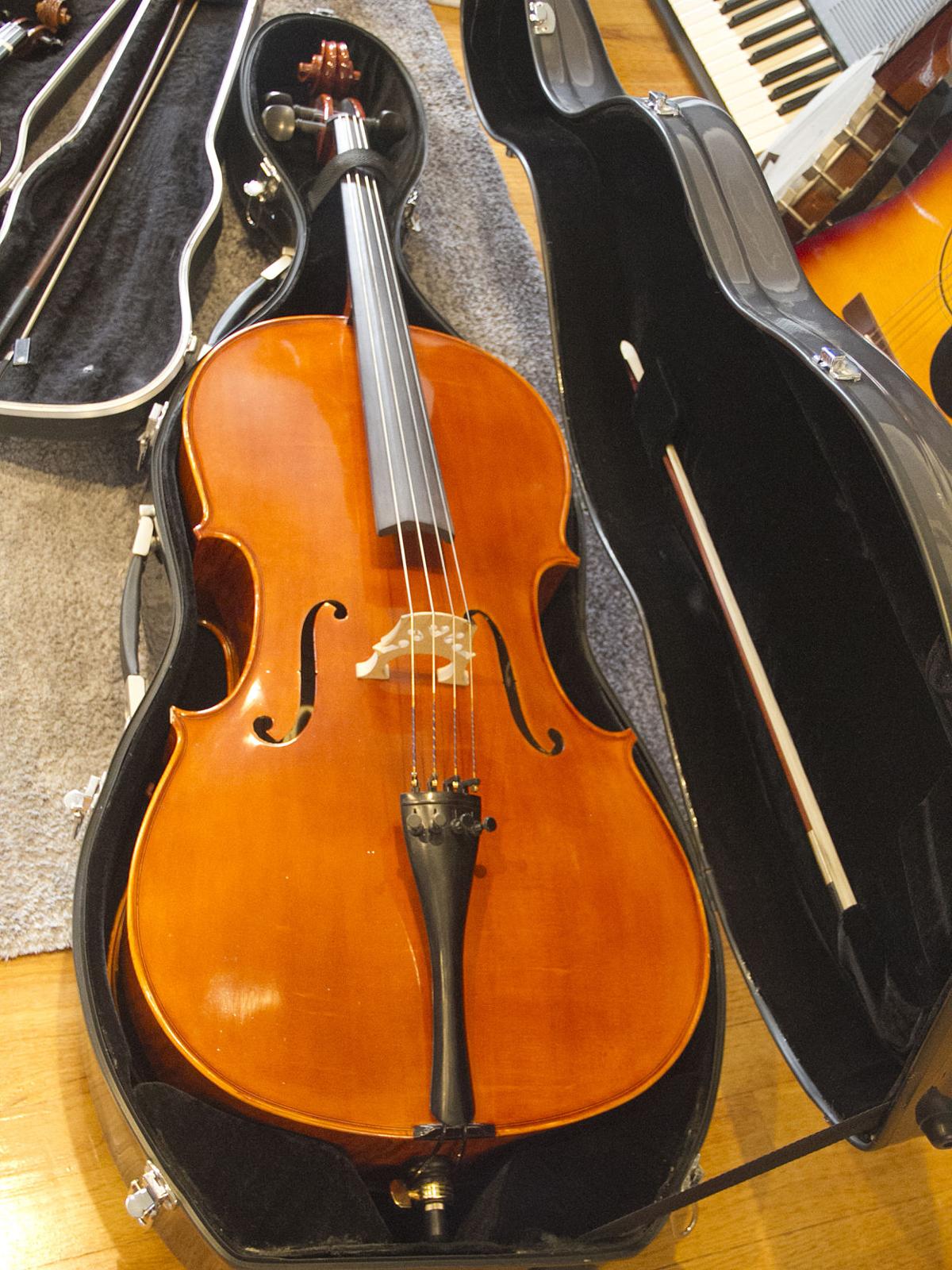 A donated cello came with a heartwarning story.

Behind every musical instrument is a story, and Upper St. Clair High School sophomore Jakob Satterfield has gotten to hear plenty of them.

For his project toward earning his Eagle Award, the member of Boy Scout Troop 366 at Westminster Presbyterian Church organized a drive to collect used instruments for donation to a nonprofit that distributes them to underprivileged children.

One of the donors was a woman who brought a ¾-size cello that one of her sons used to play.

“We went out to her car to help bring it inside,” Jakob, 15, recalled. “We get the cello out, and she’s on the verge of tears because she’s saying that there’s almost nothing more beautiful than hearing your child play music for the first time, and then hearing them improve over time.

“She got really choked up and said that she hoped someone else could hear it like that,” he added. “And that’s why she donated it to us instead of selling it.”

The cello and everything else he collected are going to Hungry for Music, a Washington, D.C.-based organization that has given thousands of free instruments to children, groups and schools around the world.

Jakob came up with the idea for the project based on some Scouting conventional wisdom.

“The thing they always tell you is, you should do something based around what you enjoy, because it keeps you motivated to do it,” he said. “So I decided to do something around music, because I am a percussionist, myself.”

He learned that the effort also could qualify as his International Baccalaureate Organization’s Middle Years Program at Upper St. Clair. So he collaborated with director of bands Don Pickell in organizing the drive, which took place at the high school on a Friday and Saturday in January.

“That first day, we thought it would be a slower day because it was still during working hours,” Jakob said. “And I collected a total of 38 things that day, which was really exciting.”

“And surprising,” His mother, Emily, added.

Another successful day on Saturday brought the total up to nearly 80 instruments, the most prevalent of which turned out to be violins.

“There were a lot of funny stories of people talking about how their kid tried to play it, and then it just got pushed into a closet somewhere,” Emily said.

Jakob said he was one of the youngsters who made an attempt – “It didn’t go that great” – before shifting to percussion instruments. At this point, he plays bass drum in the high school marching band, and he hopes to perform on the snare next year.

His Eagle-MYP project ended up taking a bit of a turn, as well.

“Originally, I wanted to work directly with a school that was cutting funding to the music program,” Jakob said, explaining that he got in contact with officials at such a school. “But they said they didn’t want an event centered around them.”

An online search led him to Hungry for Music, which fit the bill of what he looks to achieve.

One component of his project was to build a publicity campaign, and from the response, he appears to have made it a successful one.

“I hung fliers everywhere from here all the way to Robinson, in every music store and every window that would give me the space,” Jakob said, and he also set up a Facebook page for the drive.

Plus many of the donors acknowledged they saw information about it in The Almanac. That apparently includes someone who contributed a popular brass instrument and prefers to remain anonymous.

“The trumpet was left in the main office on Friday after I’d left,” Jakob reported. “It was the case, the trumpet and everything inside, and the news clipping taped to the outside of it.”

For more information about Hungry for Music, visit hungryformusic.org.