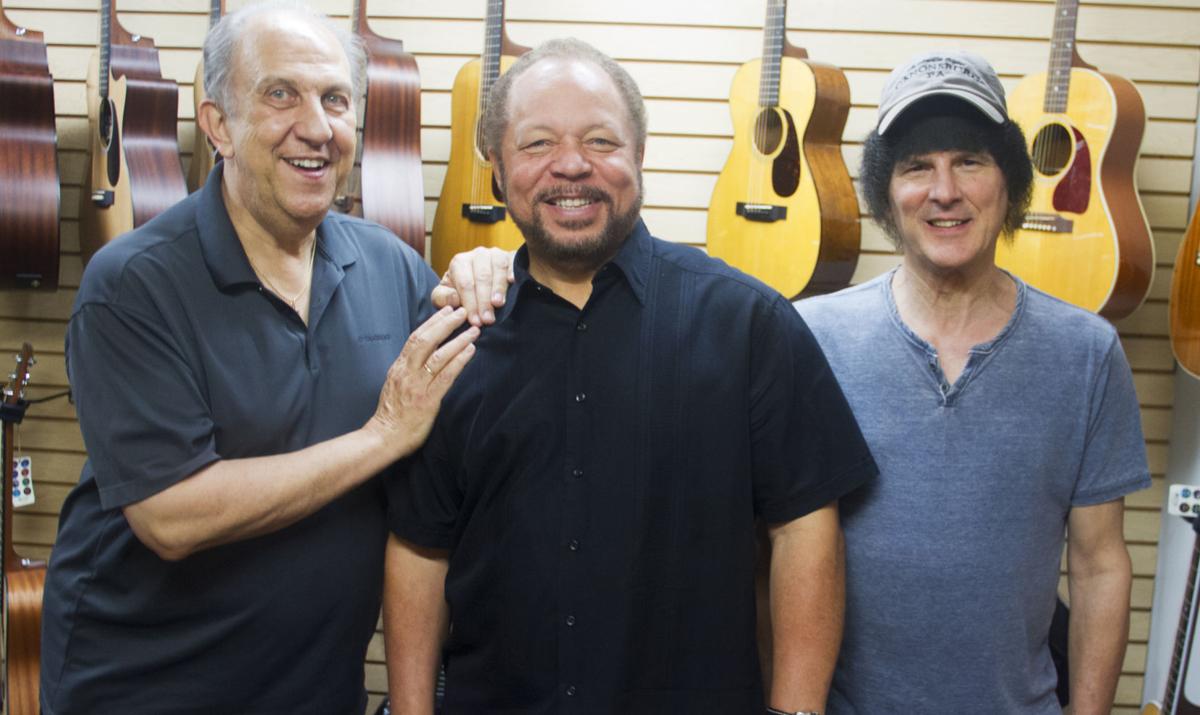 Gathering at the Guitar Gallery in North Strabane Township are, from left, Jim Gregorakis, Eric Bruce and Vic DaPra. 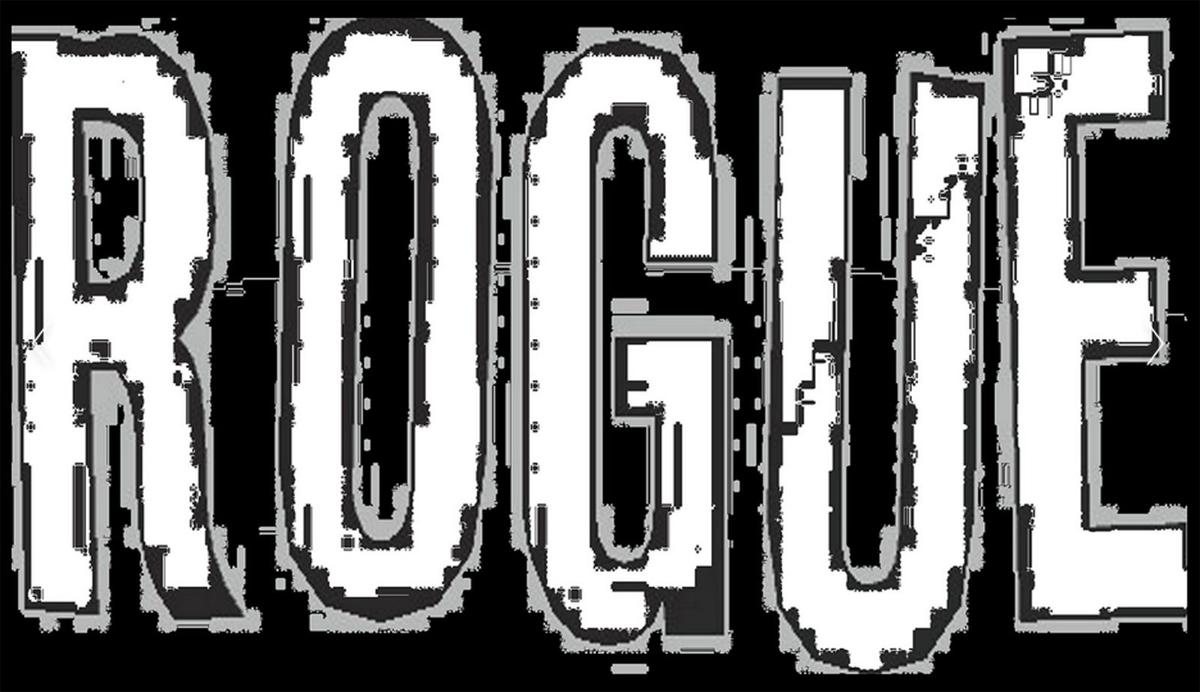 Talk with the members of Rogue Key, and the “H” word tends to come up a lot.

“Most songs don’t have a good hook anymore,” guitarist Vic DaPra said. “People want that thing they can remember in their head. If they can’t remember the lyrics, they can always remember a hook.”

Think about the “yeah, yeah, yeah!” of the Beatles’ “She Loves You” or Aretha Franklin spelling out “R-E-S-P-E-C-T” in her hit version of the Otis Redding-penned song. Such memorable passages dominated songs of the ’60s, the formative musical years for DaPra and fellow Rogue Key members Eric Bruce and Jim Gregorakis.

That’s what they strive for as they work on original tunes, two of which have been released in digital format and are making a strong impression: “I Think I’m In Love With You,” featuring well-harmonized vocals singing the song’s catchy title, and “For a Long Time,” with Gregorakis’ bass guitar driving a Caribbean-flavored composition.

“We know at this stage in our lives what moves people, and that’s usually the hook,” he emphasized. “Back when we were young, we really didn’t know. I wish we did. We’d probably be really famous now.”

“I’ve never been able to do what I’m doing right now, because I’ve always wanted to write lyrics. And I’m finally getting a chance.” – Eric Bruce

All Canonsburg residents, the three musicians had known one another for decades prior to embarking on the new project.

“Vic and I got to jamming one day, and we got some ideas for music,” Gregorakis said. “And we invited Eric, because he’s a heck of a lyricist and a wonderful vocalist.”

The band simply was going to be named Rogue, but Bruce came up with an addition.

“There are so many ‘Rogues.’ We had to figure out a word that would go with ‘rogue’ that didn’t fit what anyone else in the world was doing. So I picked ‘key,’ because I couldn’t find either one of these guys,” Bruce joked.

“Actually, it really happened because I always like to change the key of the song, and they keep getting mad at me about changing the key, because they have to relearn it.”

The emphasis of Rogue Key is on songwriting, which is a change of pace for musicians who have tended to concentrate more on cover versions over the years.

“I’ve never been able to do what I’m doing right now, because I’ve always wanted to write lyrics,” Bruce said. “And I’m finally getting a chance.”

He met Gregorakis when he was in a Motown-style group called the Seagrams 7, led by Rick Morris, who later sang with the Skyliners. Sharing a bill that night was Gregorakis’ band, the Affections.

“Eric was done singing, and I said, ‘Let me talk to you. Do you want to be in a real band?’” he recalled. “So we stole him, and Rick Morris didn’t talk to me for years.”

Gregorakis later joined Freeze, with which he played for 26 years. These days, he also is a member of the vocal-oriented On the Level, which also features current Skyliners singer John Sarkis.

In the past few decades, Bruce has sung with acts such as the DeVilles and Canonsburg’s own Four Townsmen.

DaPra fronted Sugarcane, a rock band named for a Jeff Beck song, starting in 1973. He went on to co-own the Guitar Galley, now in North Strabane but once located near Donaldsons Crossroads in Peters Township, and has written the definitive books on Gibson Les Paul guitars of their classic 1958-60 era, “Burst” and “Sunburst Alley.”

His brother Val plays drums on the Rogue Key compositions, and Bill McWreath, who also has performed with the Four Townsmen, adds keyboards. The engineer is Peters Township resident Frank DeGennaro.

“We’re really trying to create our own style, which is kind of a hard thing to do,” Bruce said. “It’s hard to be different than everybody else, because the only way you’re really going to get any kind of attention is if you find a way of being unique.”

And the “H” word certainly helps.