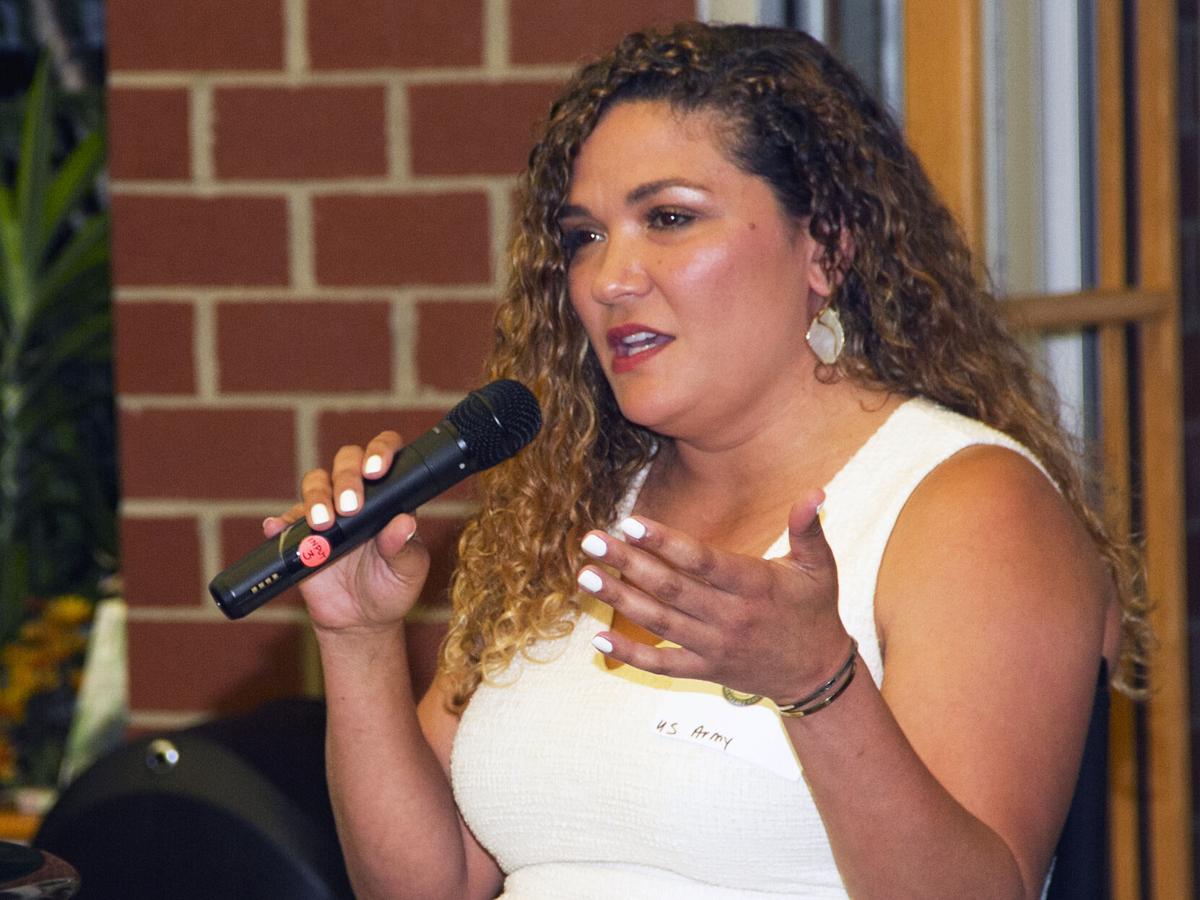 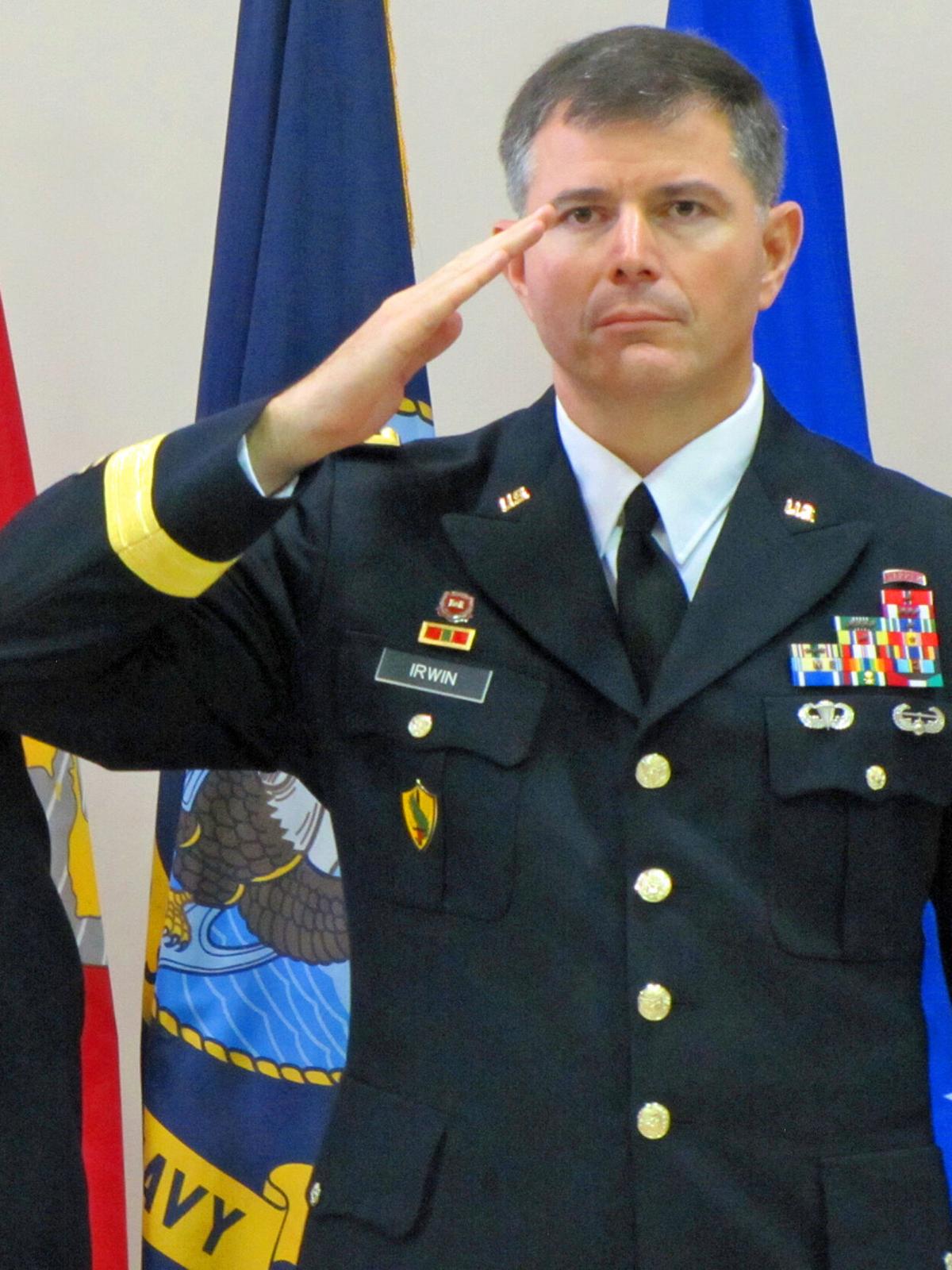 Lew Irwin is promoted to the rank of brigadier general during a U.S. Army ceremony in 2012. 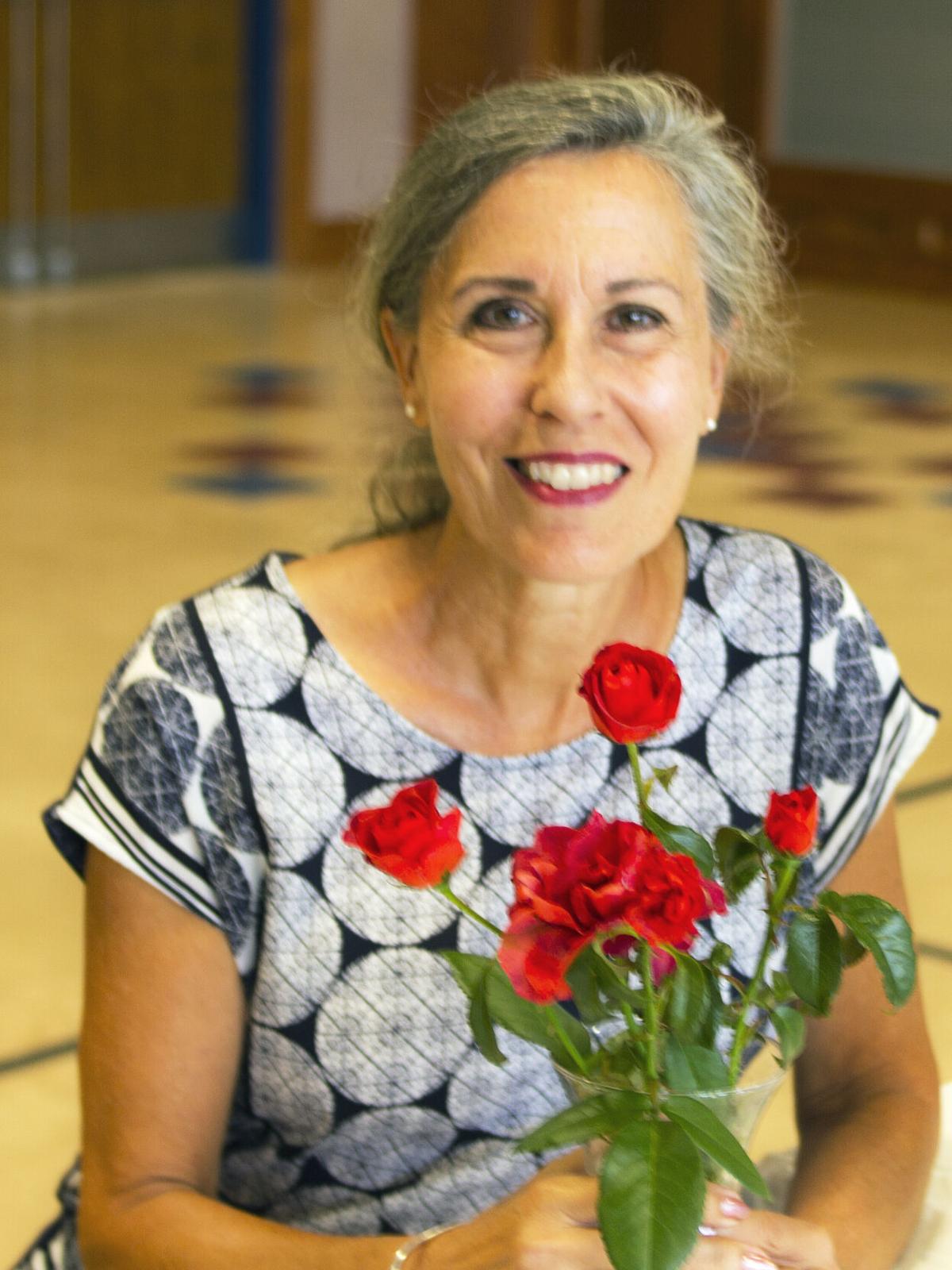 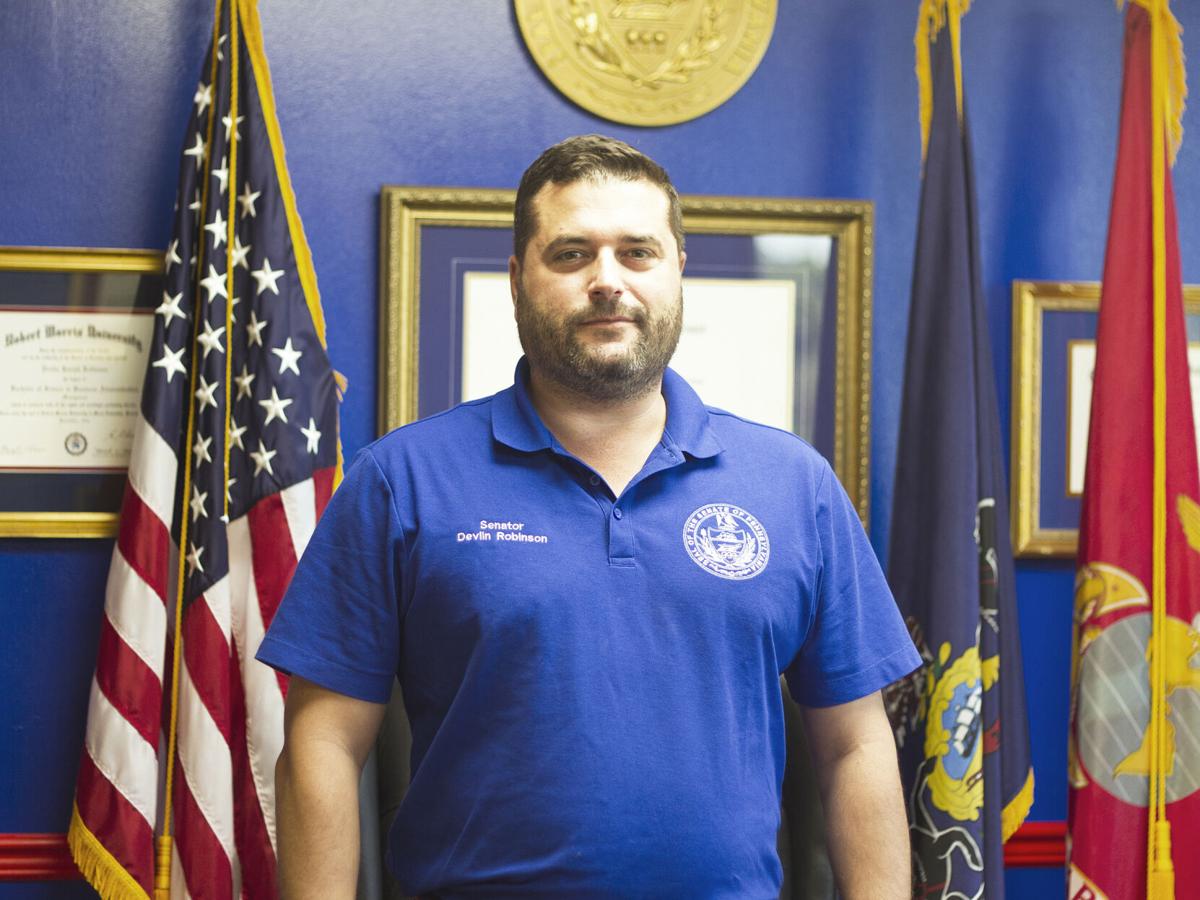 State Sen. Devlin Robinson, R-Bridgeville, pictured in his Bethel Park office, enlisted in the U.S. Marine Corps about a month and a half before Sept. 11, 2001. 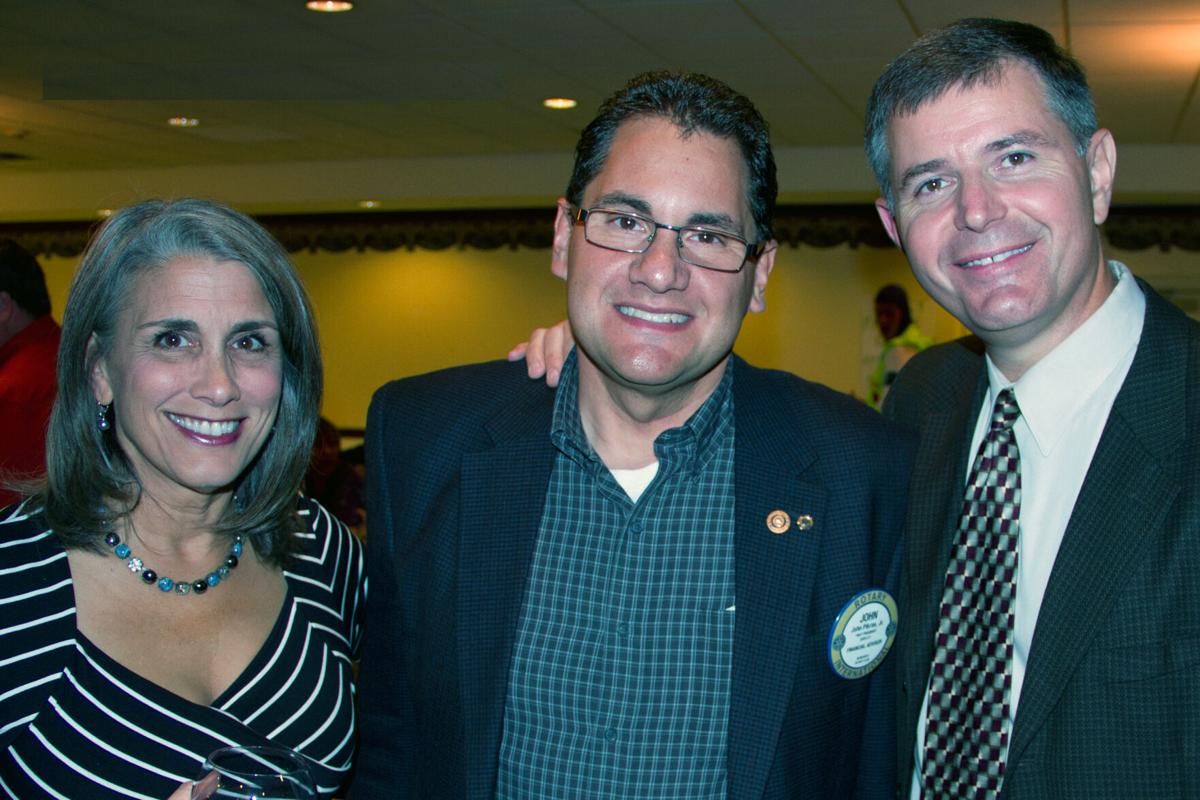 Marcia and Lew Irwin are pictured with John Pikras, center, in 2013. 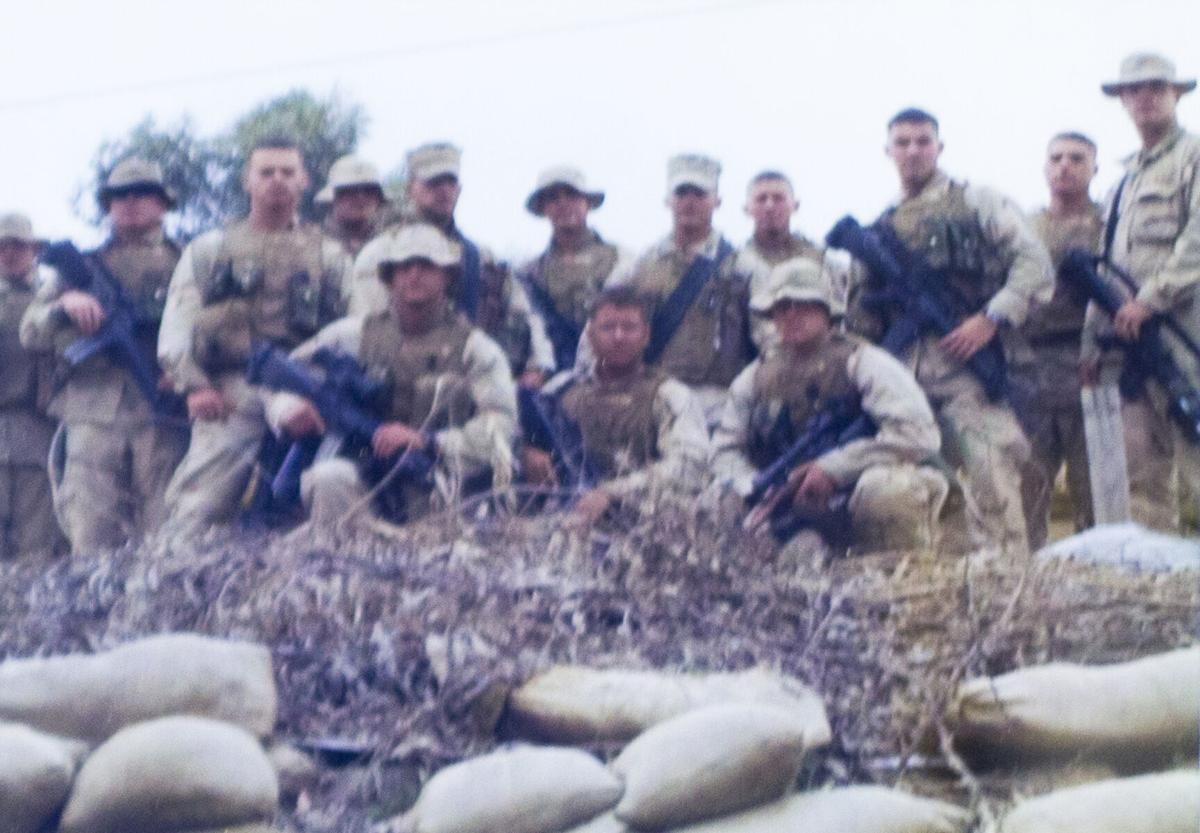 Devlin Robinson, second from right, served two tours of duty in Iraq and one within Afghanistan within less than three years while in the U.S. Marine Corps. 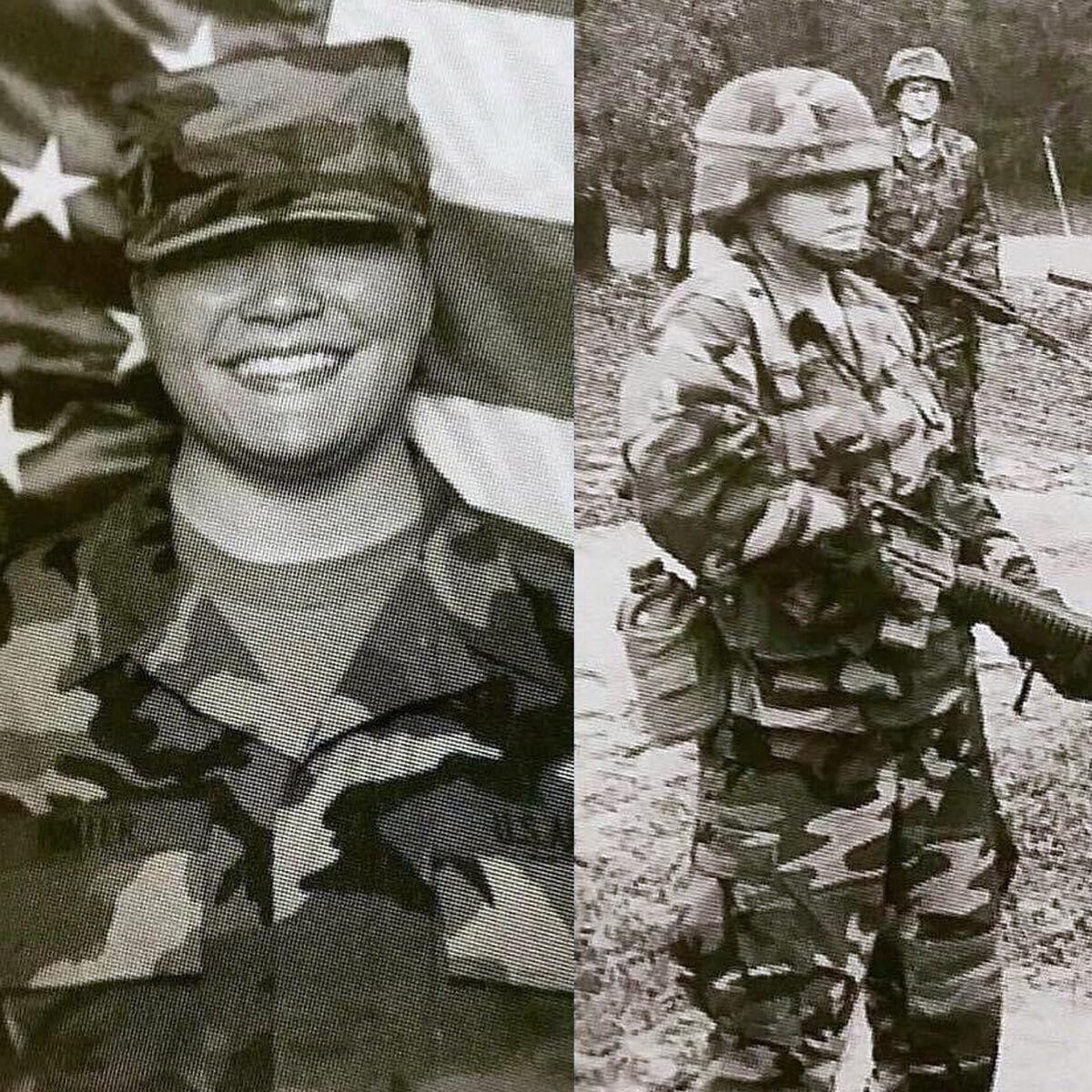 Aryanna Hunter served for two years in the U.S. Army after enlisting shortly after Sept. 11, 2001.

Lew Irwin is promoted to the rank of brigadier general during a U.S. Army ceremony in 2012.

State Sen. Devlin Robinson, R-Bridgeville, pictured in his Bethel Park office, enlisted in the U.S. Marine Corps about a month and a half before Sept. 11, 2001.

Marcia and Lew Irwin are pictured with John Pikras, center, in 2013.

Devlin Robinson, second from right, served two tours of duty in Iraq and one within Afghanistan within less than three years while in the U.S. Marine Corps.

Aryanna Hunter served for two years in the U.S. Army after enlisting shortly after Sept. 11, 2001.

September once meant planning for Oktoberfest at the Irwin house.

Twenty years ago, then-Peters Township residents Lew and Marcia were getting ready to celebrate in style, with him wearing lederhosen and her a Bavarian barmaid outfit as they welcomed guests for their traditional day of Munich-style merriment.

“I was a major in the U.S. Army Reserve. I had just transitioned from active duty the year prior,” Lew Irwin, who retired as a two-star general after 34½ years in the military, recalled. “As I tell people, the Army Reserve at that point was kind of a quiet, sleepy place where not a heck of a lot happened.”

That changed abruptly on a certain sunny Tuesday morning. What transpired not only resulted in the cancellation his family’s Oktoberfest plans – permanently, as it turned out – but the fallout ended any sense of civilian-type normalcy for him and hundreds of thousands of other Reservists in all branches of the service.

“When the towers were struck and the plane came down in Shanksville, we were all kind of surged back to our respective military facilities to see what the orders would be, what was coming next,” said Irwin, a Claysville native and 1982 McGuffey High School graduate. “We really expected that there were going to be additional attacks on the United States and American resources and assets around the world.”

Americans who were on active duty at the time realized their lives were about to change, too, especially those for which the terrorist acts of Sept. 11, 2001, hit especially close. Among them was Jefferson Hills resident Kristen Dotterway, an Air Force lieutenant colonel employed at the Department of Defense headquarters in Arlington County, Va., when the hijacked American Airlines Flight 77 crashed into the building.

“What started off as an ordinary day at work at the Pentagon turned into a day that forever changed America, and the world, for that matter,” she recalled. “After having evacuated the Pentagon, I’ll never forget two images: the sea of humanity pouring out of the building like water and the massive plumes of black smoke billowing into the air, juxtaposed against a crystal-clear blue sky.”

Eighteen-year-old Aryanna Hunter, now director of the office of veterans services at the University of Pittsburgh, was thousands of miles away that morning, watching events unfold on television as she prepared for an early college class in Arizona.

“When I saw that second plane hit the tower, I was like, ‘whoa, this is a big deal,’” she said about American Airlines Flight 175 hitting the World Trade Center. “I didn’t really understand it fully, but I knew that something big was happening. I made it to campus, and they told me, ‘uh, go home.’”

Over the next few weeks, the nation’s swift embrace of unity and patriotism resonated fully with Hunter.

“And so I started thinking about what I could do to help my country,” she recalled. “I can remember talking to my sister and telling her, ‘You know, I’m an athlete. I can run for days. Maybe I should go join the military.’ And she was like, ‘Are you crazy?’”

Other members of her family reacted pretty much the same way, but she was determined, regardless.

“I went to the mall, because that’s where they all were, and I remember popping my head into each of the doors and trying to chat with the recruiters for each of the branches, because I didn’t owe an allegiance to anybody at that point,” Hunter said. “I chalk it up to the Army recruiter just being the best sales guy. And then I was on a plane the second week of November 2001 to basic training.”

Bolstering her motivations were memories of growing up in a not-well-to-do setting, during which her family received plenty of help from philanthropic organizations.

“So I thought about how my community always made sure I had everything I needed,” she said. “This is something I could do to give back.”

No one in her family had served in the military to that point, which contrasts sharply with Devlin Robinson’s lineage: his father and grandfather both were in the U.S. Marine Corps, and he wanted to follow in their footsteps.

Like Hunter at the time, Robinson was a recent high school graduate in July 2001, when he decided to enlist in the Corps’ delayed-entry program.

“My ship-out date for boot camp was Oct. 15. There was a window, because I was a lifeguard at the wave pool,” he said about his South Park employment, “and I told my recruiter, ‘Look, I’m ready to go, but I have to finish out the summer.’”

Robinson, now a Republican state Senator living in Bridgeville, also planned to have his wisdom teeth extracted in the meantime. His appointment, scheduled for the second Tuesday of September, ended up being canceled.

“I saw the events unfold that day, and I called my recruiter and said I wanted to change my contract to the infantry,” he said.

His original choice was to serve in the Marine Corps Security Force, helping to guard U.S. embassies.

“But circumstances changed, and I wanted to be on the front lines,” he said. “I figured that this was my generation’s Pearl Harbor. I knew that we were going to go to war, and I knew I wanted to be part of that and serve in every capacity that I could.”

As scheduled, he reported to Parris Island, S.C., for basic training in mid-October.

“I graduated in January, and Kabul had already fallen,” he said about the Marines’ taking of the capital of Afghanistan. “I thought that I had missed the war.”

Robinson did end up seeing action in the Afghanistan War, sandwiched between two tours in the war occurring simultaneously in Iraq, before his discharge in 2005.

Two years after that, Irwin headed to Afghanistan as a lieutenant colonel to work on a nationwide reform of the Afghan police force. While he was overseas, his daughter Mary graduated from Peters Township High School and began studies at the U.S. Military Academy at West Point, his alma mater.

He and Marcia also have a son, Andrew and another daughter, Eva.

“I had no idea that my son, who was 13 years old when I deployed to Afghanistan, would end up doing three tours, himself, in Afghanistan after he graduated from West Point,” Lew Irwin said.

Now settled firmly back into his civilian career as a professor at Duquesne University’s McAnulty College and Graduate School of Liberal Arts Political Science, he can reflect on the impact of Sept. 11, 2001, on the lives of himself and hundreds of thousands of other Americans.

“There was a constant level of stress for the military community over these years. This was a really difficult time, where you had mothers and fathers who were called away from the family,” he said, of course including his own.

“Marcia had to take care of the family by herself. I think the nation owes her, and other moms and dads just like her, a bit of thanks.”