Skip to main content
You are the owner of this article.
Edit Article Add New Article
You have permission to edit this article.
Edit
Welcome, Guest
News
Sports
Life & Culture
Events Calendar
Lottery Results
Fish Fry Map
Weather
Sponsored Content
Classifieds
e-Edition
South Hills Living
Get Our Newsletter
Get the Almanac
Advertise With Us
Submit Content to The Almanac
Contact Us
About Us
1 of 10 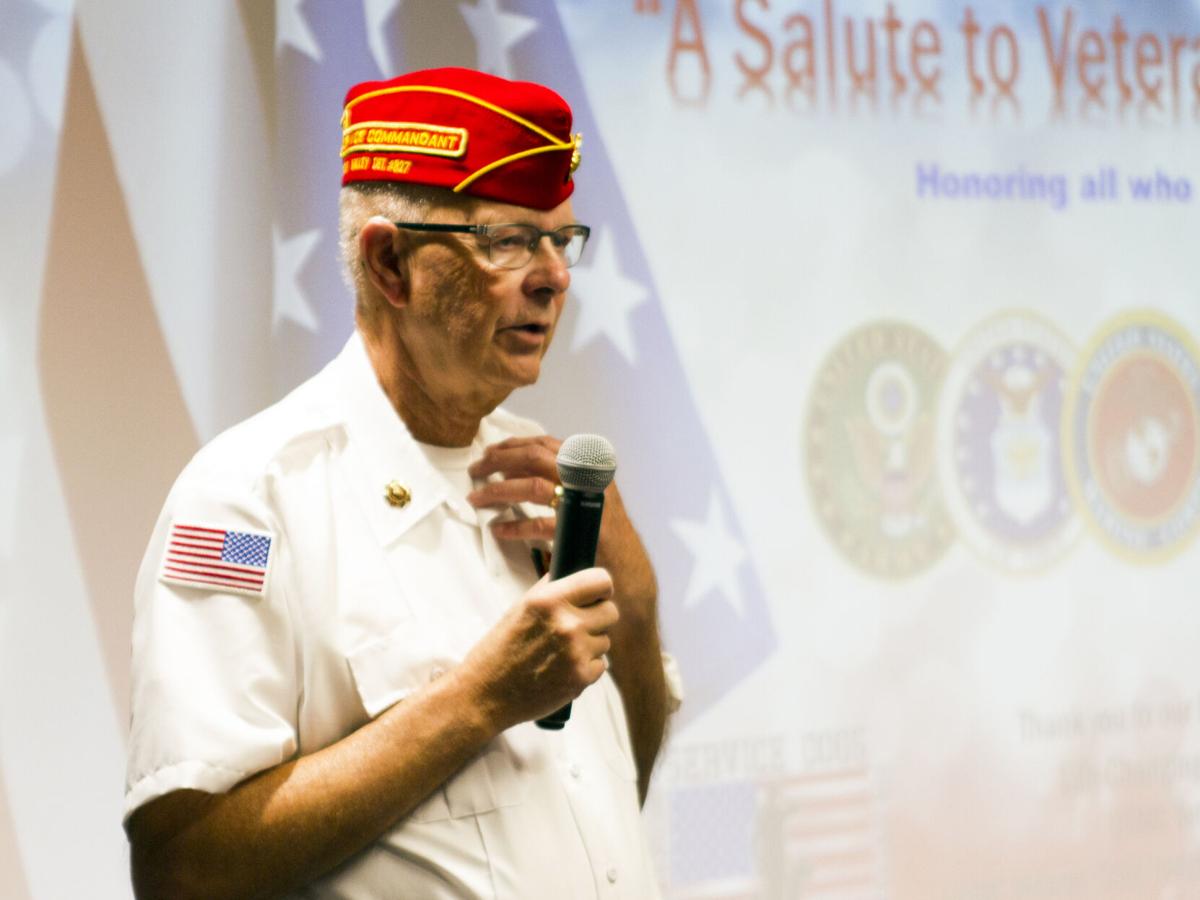 Bill Jeffcoat speaks about his experiences in the Vietnam War and with Life Changing Service Dogs for Veterans. 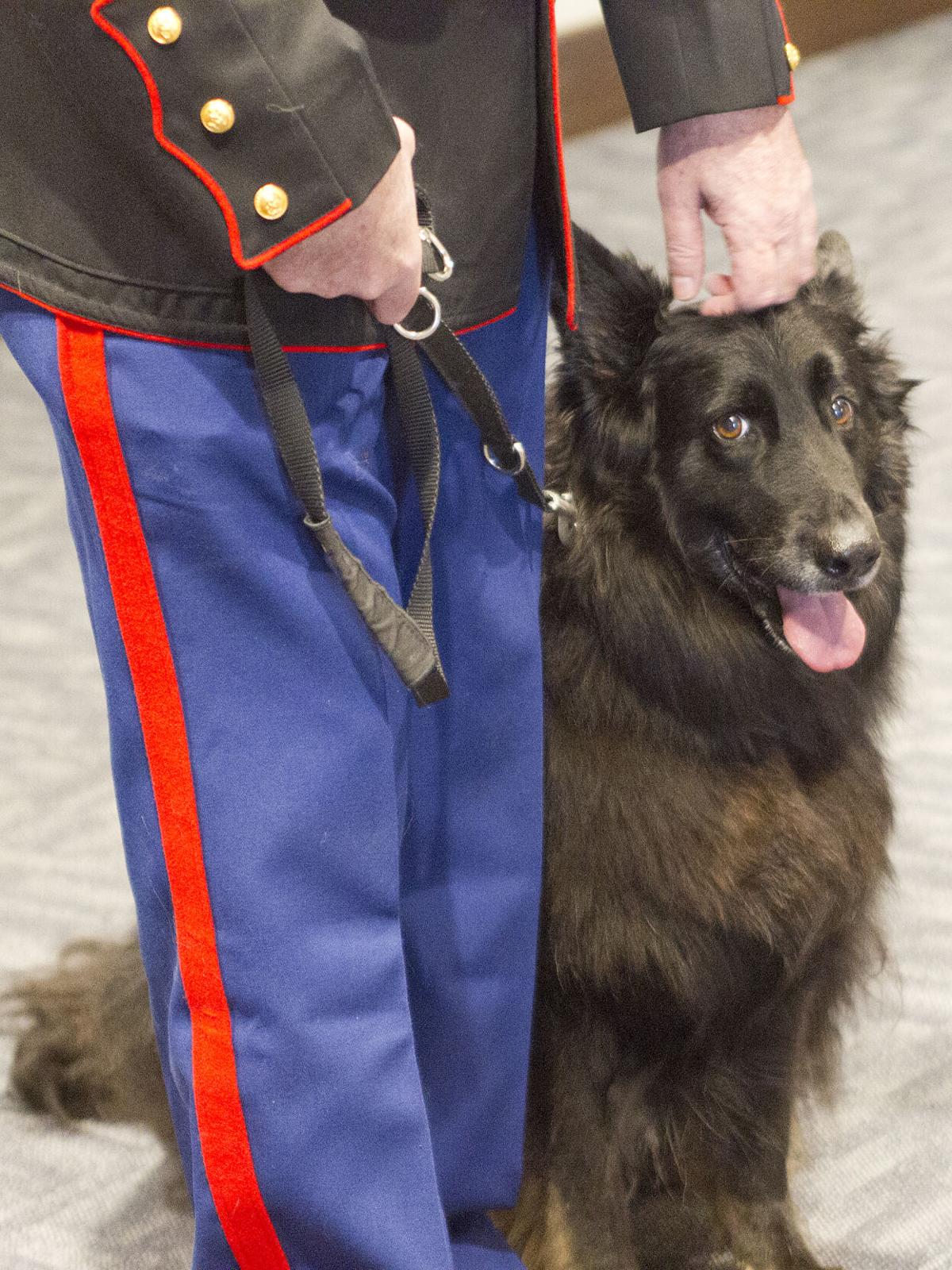 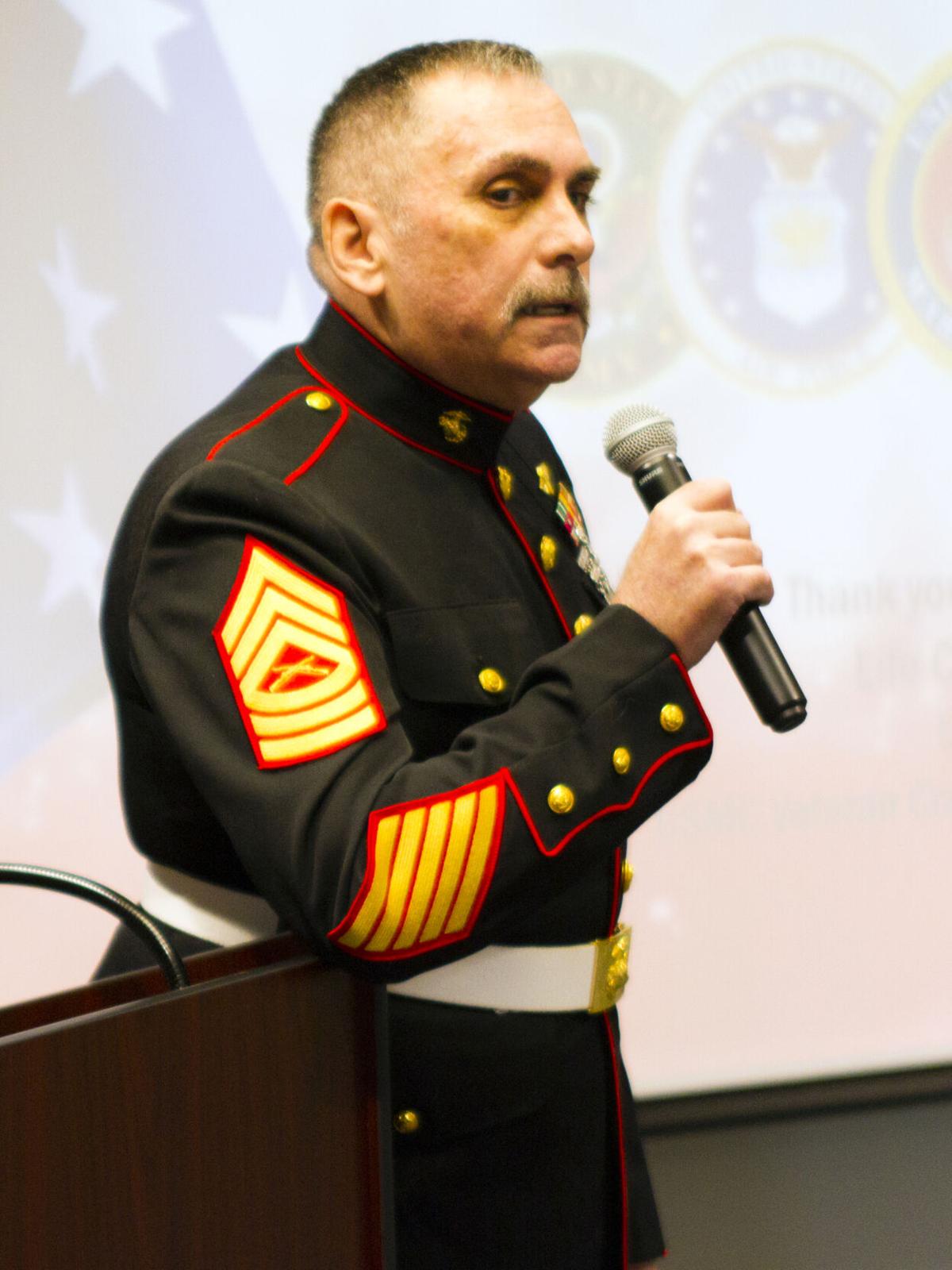 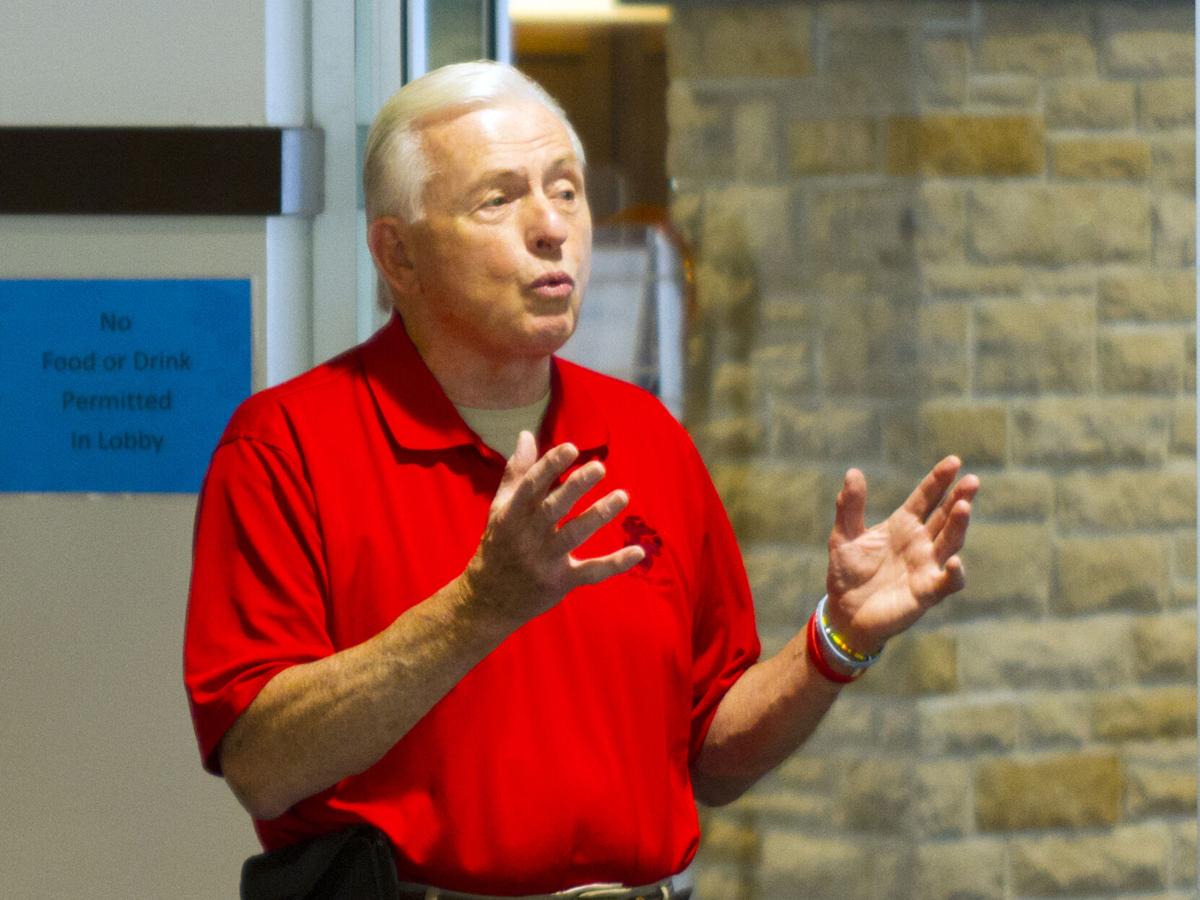 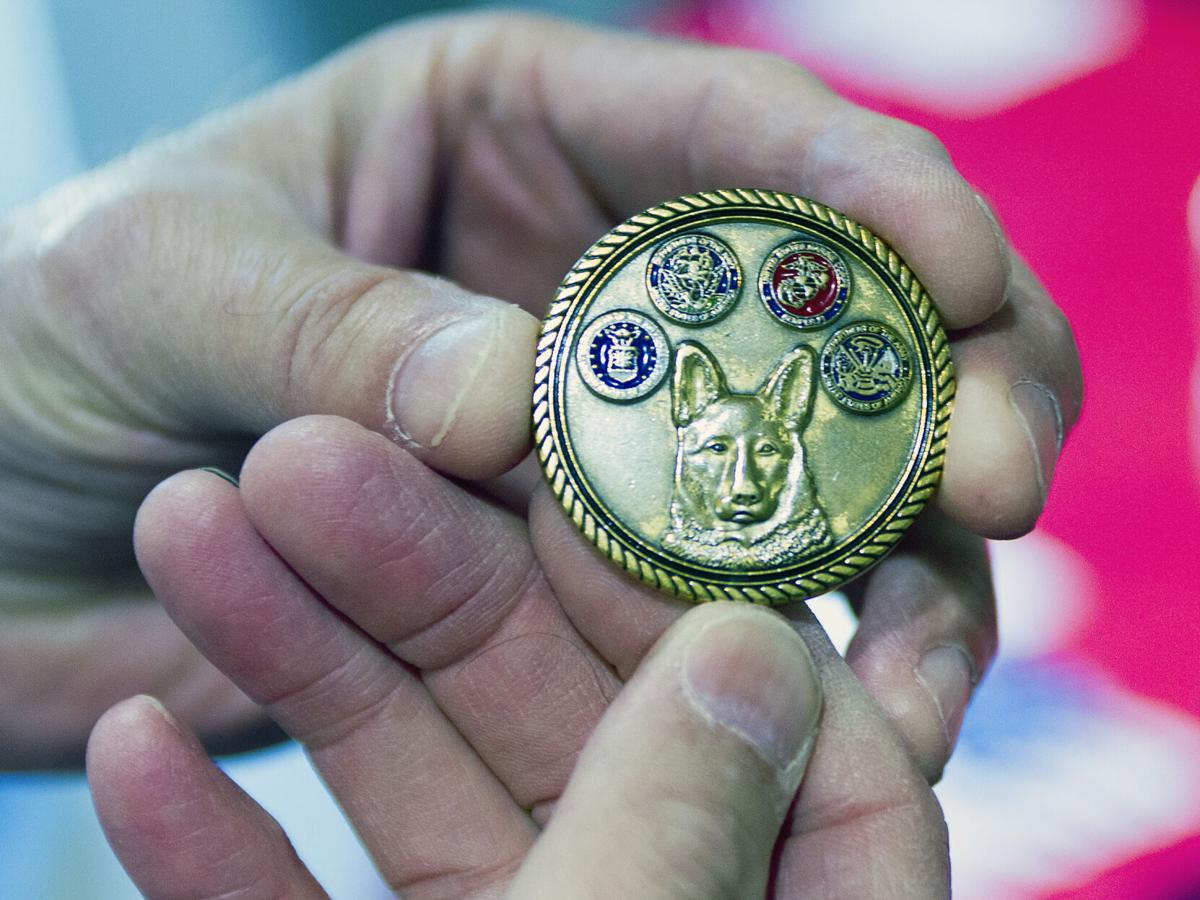 Bill Jeffcoat shows his medallion as a life member of the Vietnam Dog Handler Association. 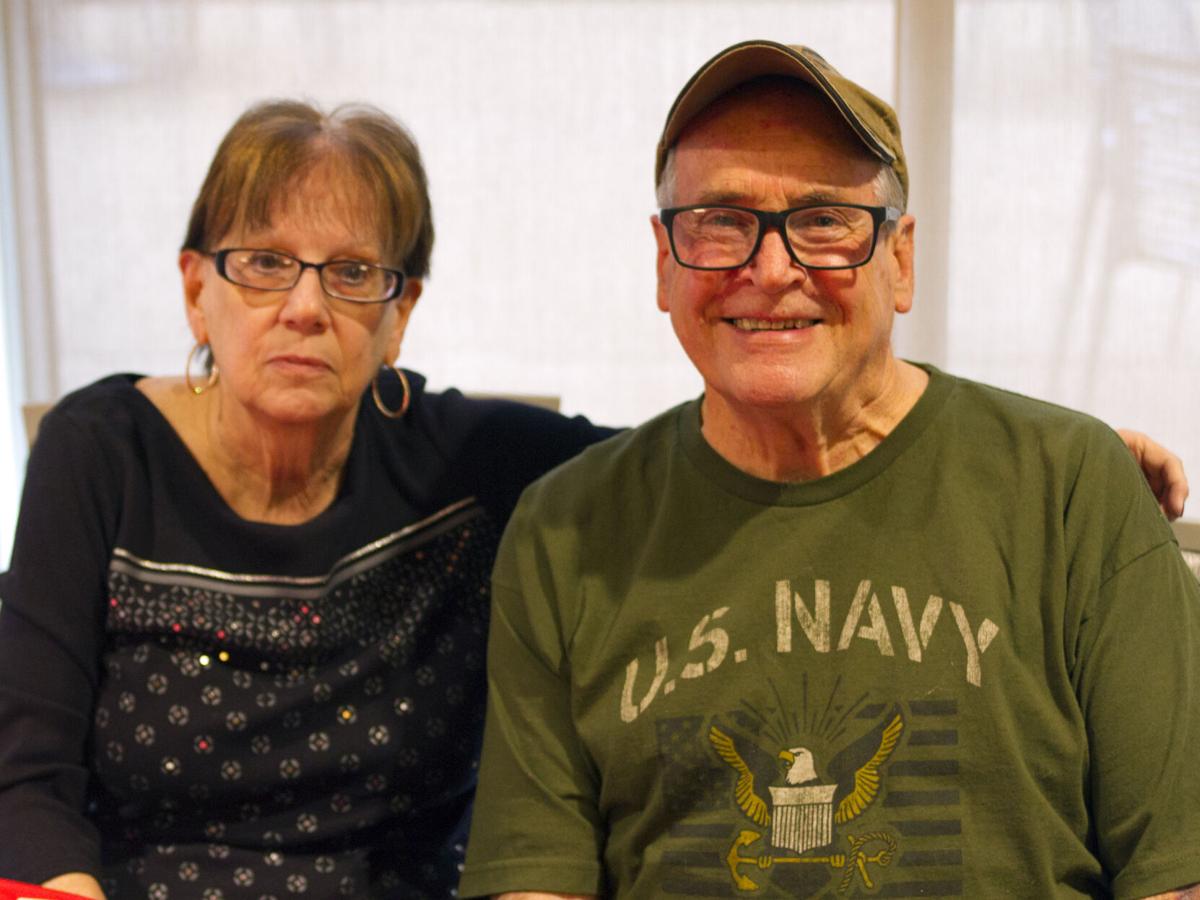 Among the guests is U.S. Navy veteran Walter Luther, accompanied by his wife, Barb. 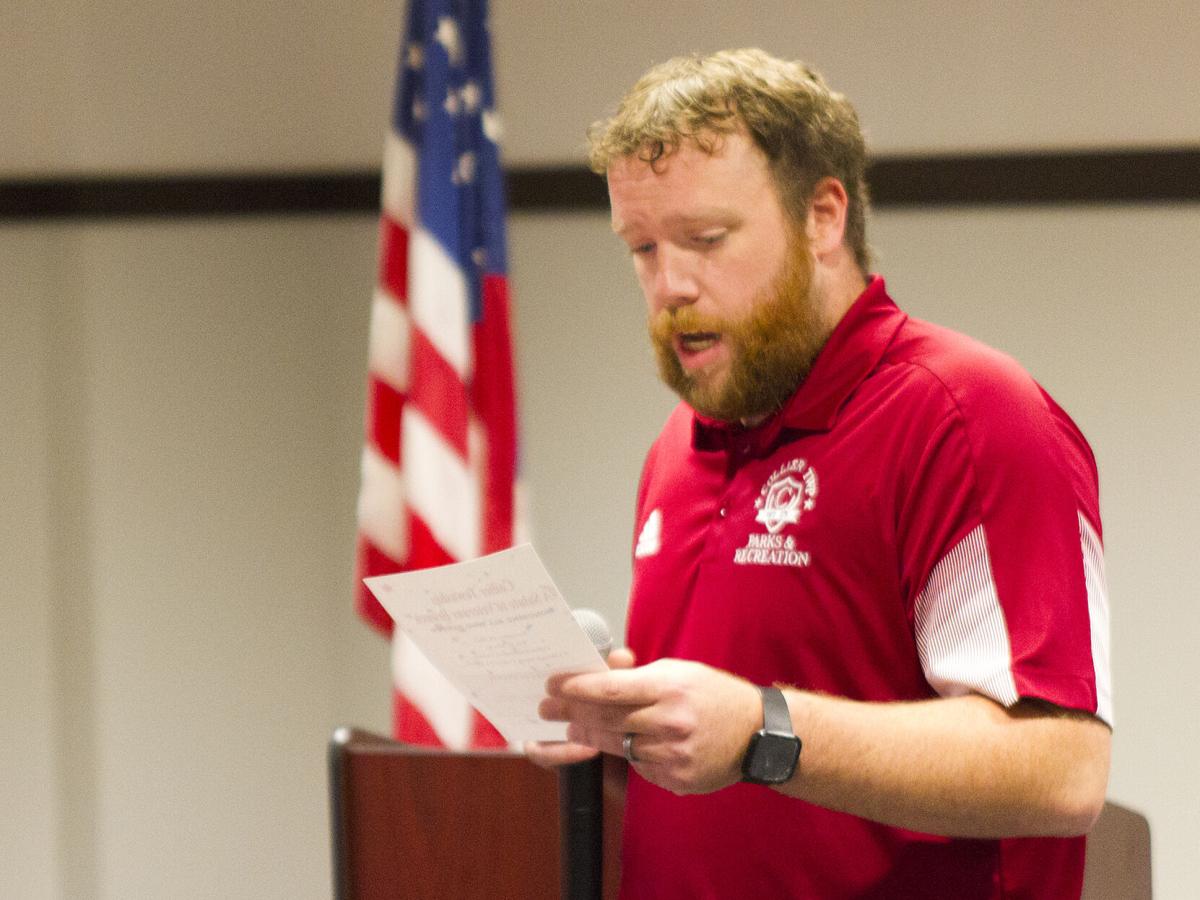 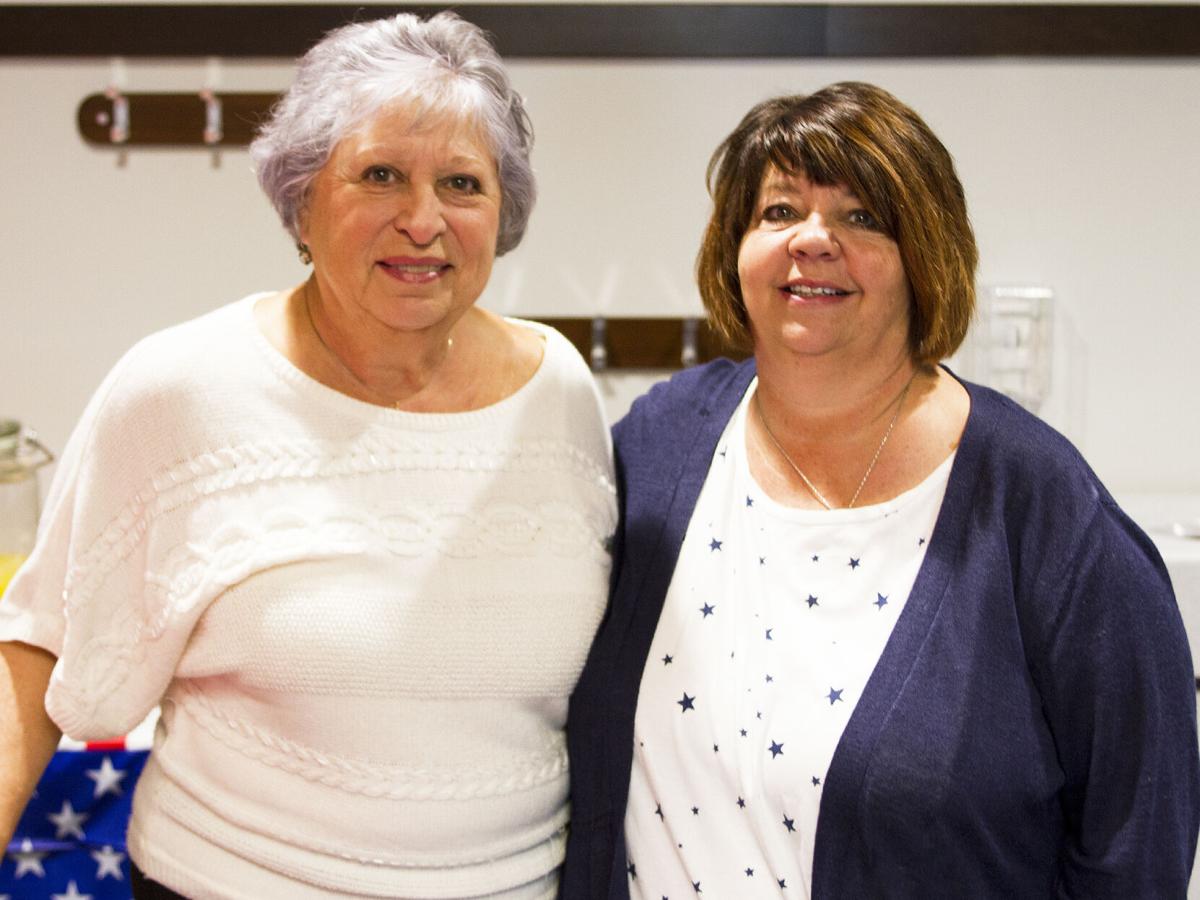 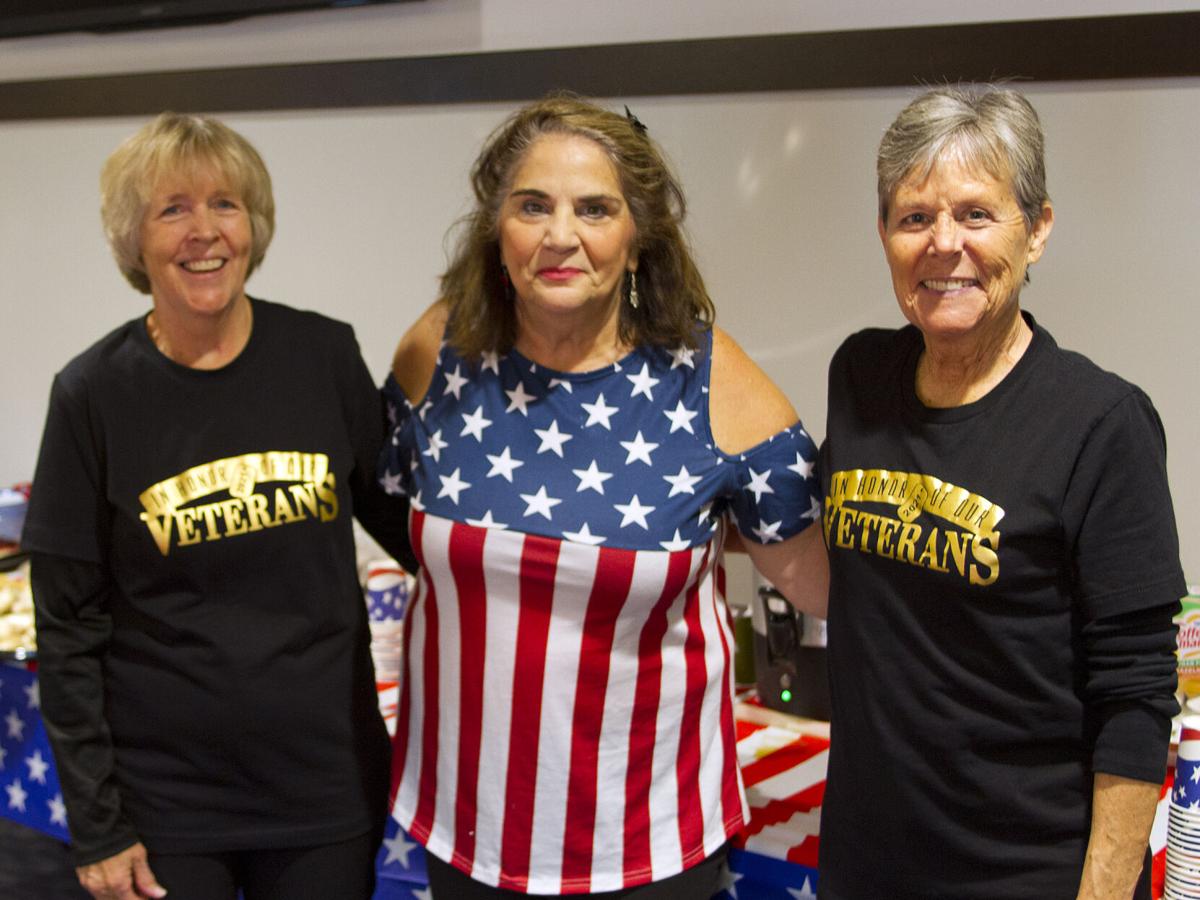 Assisting at the Salute to Veterans Brunch are, from left, Geri Ewing, Liz Peropat and Anna Ewing. 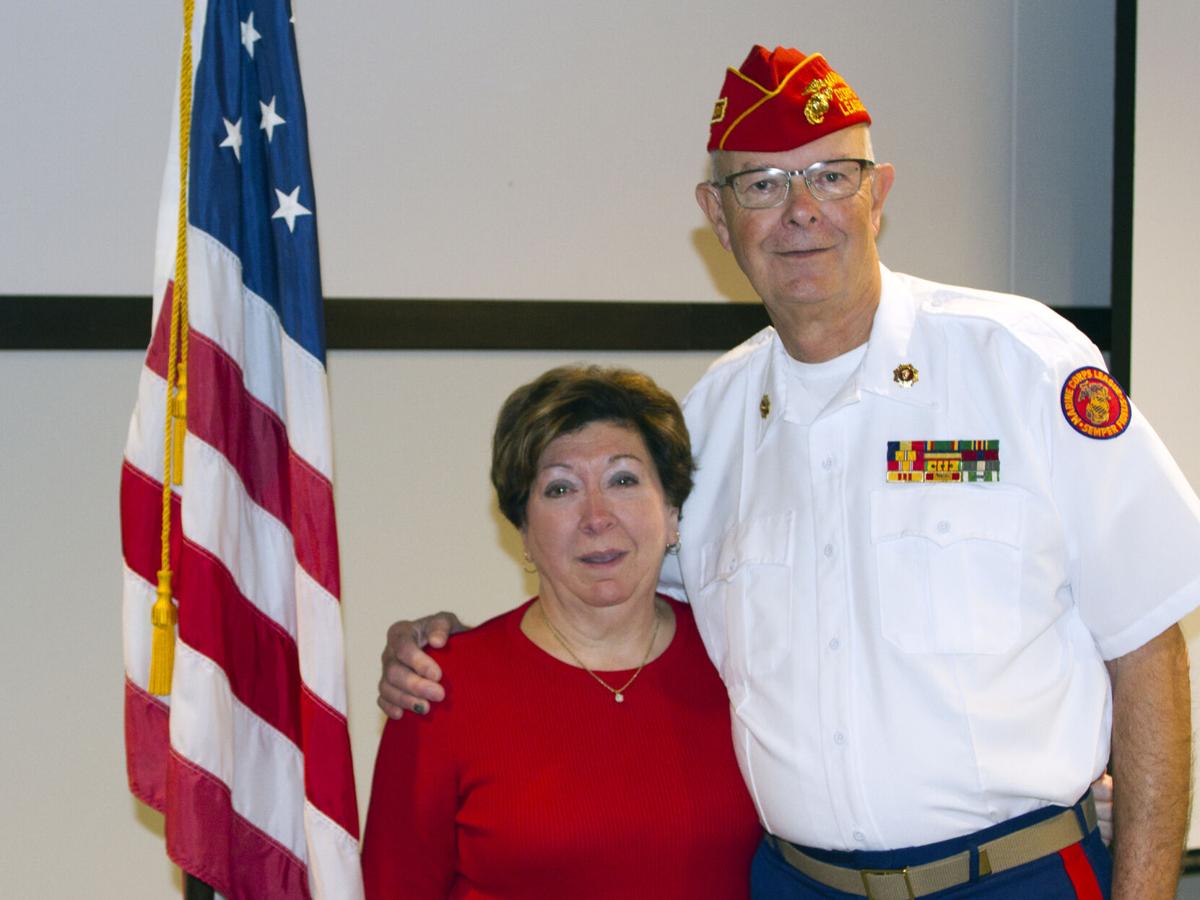 Bill Jeffcoat credits his wife, Joanne, with helping him cope after returning from two tours of U.S. Marine Corps duty in Vietnam.

Bill Jeffcoat speaks about his experiences in the Vietnam War and with Life Changing Service Dogs for Veterans.

Bill Jeffcoat shows his medallion as a life member of the Vietnam Dog Handler Association.

Among the guests is U.S. Navy veteran Walter Luther, accompanied by his wife, Barb.

Assisting at the Salute to Veterans Brunch are, from left, Geri Ewing, Liz Peropat and Anna Ewing.

Bill Jeffcoat credits his wife, Joanne, with helping him cope after returning from two tours of U.S. Marine Corps duty in Vietnam.

What a difference a dog can make.

“I was just ready to give up completely. I was done,” U.S. Marine Corps veteran Craig Hodgkins said.

The Mt. Lebanon resident had gone through multiple surgeries, gained weight, become reclusive, alienated his family. As a result, he seriously contemplated following the path of the estimated 22 veterans who take their lives each day in the United States.

Then he met Foxy, his constant companion provided to him at no charge by Guardian Angels Medical Service Dogs Inc.

“Since I’ve had Foxy, I’ve lost 46 pounds from going out and doing walks with her,” he said, adding he now fits into his master sergeant’s uniform for the first time in a decade.

He wore the uniform as one of the keynote speakers at Collier Township’s first-ever Salute to Veterans Brunch, held Wednesday at the township community center. Joining him was Bill Jeffcoat, president of Life Changing Service Dogs for Veterans, a Pittsburgh-area volunteer group that supports Florida-based Guardian Angels.

The role is a natural fit for Jeffcoat, who served in the Marine Corps as a dog handler during the Vietnam War.

“I walk this earth because of a dog,” he said, specifically one named Fraulein.

She and others like her were so effective as trackers and scouts that they were subject to bounties by the North Vietnamese Army and Viet Cong.

Apparently, the U.S. military put no such value on the dogs, as fewer than 200 out of the 4,000 deployed returned home. Jeffcoat’s was not one of them.

“The day before I left Vietnam, one of the other handlers came up to me and said that the vet wanted to see Fraulein,” he recalled. “So I went down to the kennel, got Fraulein, went over to see the vet. Walked inside, and they told me that they were going to put her down.

“They gave me five minutes alone with her, came in and euthanized her. She died in my arms.”

Decades later, he met Life Changing Service Dogs for Veterans founders Tony Accamando and George D’Angelo, who noticed Jeffcoat’s Vietnam Dog Handlers Association shirt and asked if he would like to join their group.

Being given Foxy not only provided Hodgkins with a new lease on life, but the dog actually has saved his life. Her keen senses allow for detection of health problems, and once, when she ascertained he was suffering from internal bleeding, he was rushed to St. Clair Hospital for immediately needed treatment.

On another occasion, he had taken medication to help him sleep.

“I was pretty much out cold, and all of a sudden I awoke to what I thought was a dog giving me CPR on my chest,” he recalled.

Then he heard fire alarms and, realizing it was no drill, he and Foxy exited their apartment building safely.

“The fire did not end up affecting my apartment,” Hodgkins said. “But in my eyes, it could have, because we all know how smoke can take you out in a heartbeat.”

To help provide more veterans with canine companions, Guardian Angels is in the process of building a new campus on 102 acres off Beagle Club Road in Robinson Township, Washington County.

“The purpose of that project is to double the capacity of providing medical service dogs,” said Marine Corps veteran Jack Wagner, who also attended the Salute to Veterans Brunch. “Now, approximately 50 to 60 dogs can be tied in with veterans on an annual basis with the one campus in Florida.”

Wagner, a former state auditor general and Senator, is on Guardian Angels’ development team for the Pennsylvania region.

“On this campus there will be, at any given time, 80 dogs being trained,” he said about the Washington County facility. “We hope to break ground in 2022, this spring. It would be partially open toward the end of 2023 and fully open in 2024.”

Plans call for the campus to have 10 buildings, including one as a temporary residence for veterans as they go through two weeks of training with their dogs.

The project has drawn significant support financially and also from a participation standpoint.

“I have a list already,” Wagner reported. “I have a file of people who said, when that campus is up and running, we want to volunteer to be part of this entire process.”