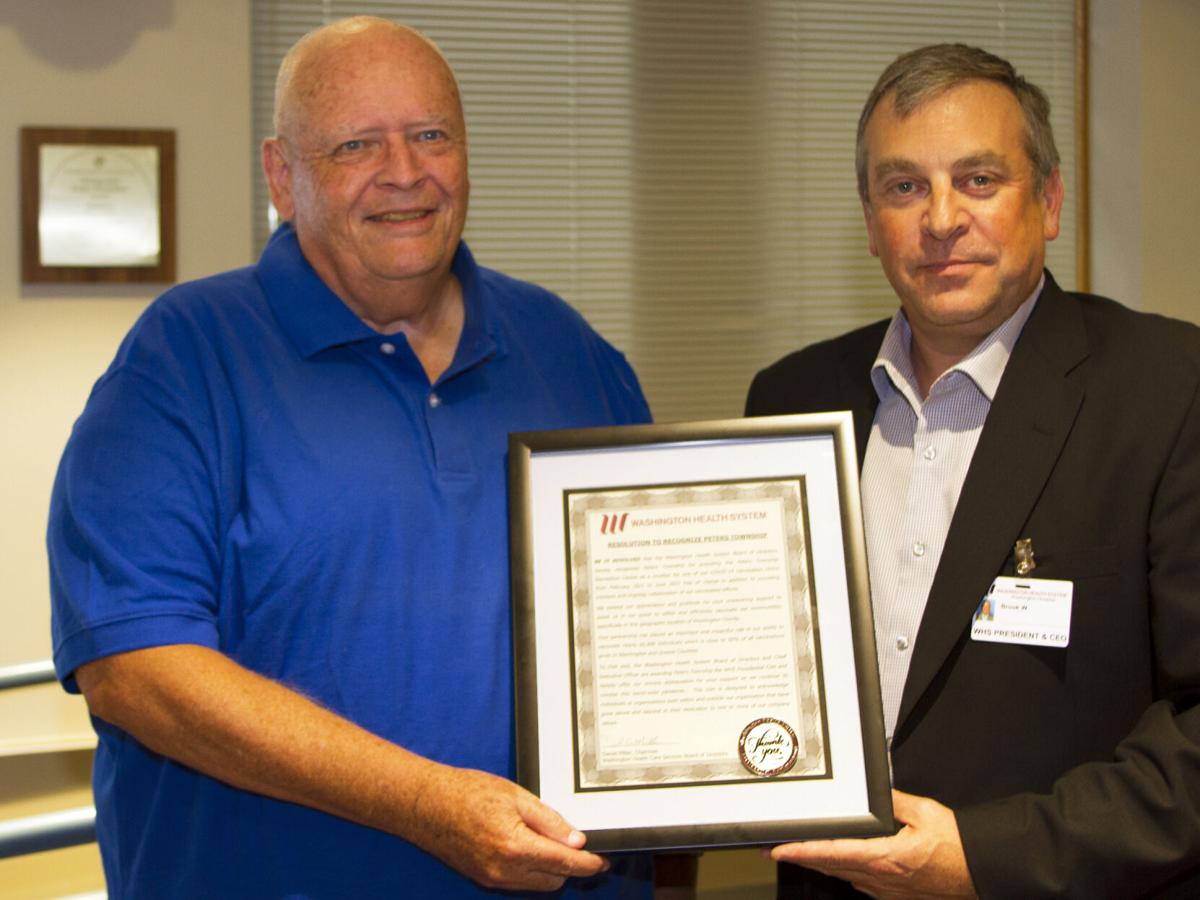 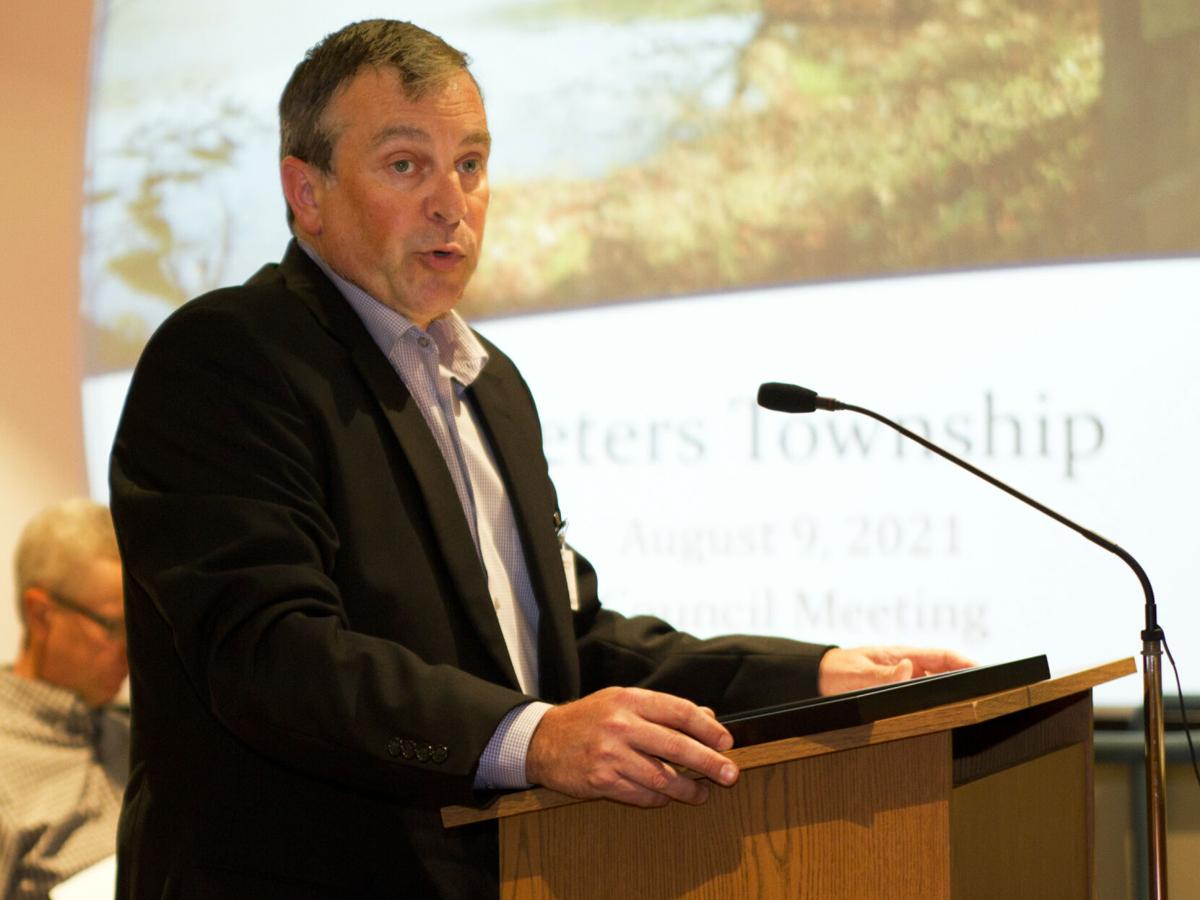 As vaccinations against COVID-19 started to become available to the public early this year, Peters Township officials were quick to offer municipal resources to facilitate the process of administering inoculations.

The municipality’s efforts have been acknowledged by Washington Health System, which conducted a mass vaccination clinic from February to June at the township Community Recreation Center.

“Your partnership has played an important role and an impactful role in our ability to vaccinate nearly 60,000 individuals, which is close to 50% of all vaccination provided in both Washington and Greene counties,” said Brook Ward, health system president and chief executive officer, during Monday’s meeting of township council.

Ward attended to present a resolution from the system’s board of directors, extending “our appreciation and our gratitude for your unwavering support to assist us in the quest to safely and efficiently vaccinate our communities.”

“In this particular mass vaccination clinic, there were 11,432 doses given to 5,739 individuals,” he said in reading the resolution. “Ninety-two percent of them came either from within the township or within 15 miles of the township.”

He particularly thanked members of Peters Township Fire Department, along with parks and recreation department staff, for helping to make the clinic ran effectively.

“This is a great partnership, and it shows what can happen when municipalities are working with public-sector partners,” Ward said.

Washington Health System previously had three mass-vaccination sites, the others being in North Franklin Township and Waynesburg, and now offers inoculations by appointment at 11 primary care offices, including one in Peters.

While the demand for vaccinations has dropped, the health system is prepared for a change in the trend.

“If that did go up,” Ward said, “we would absolutely consider reopening mass-vaccination clinics.”