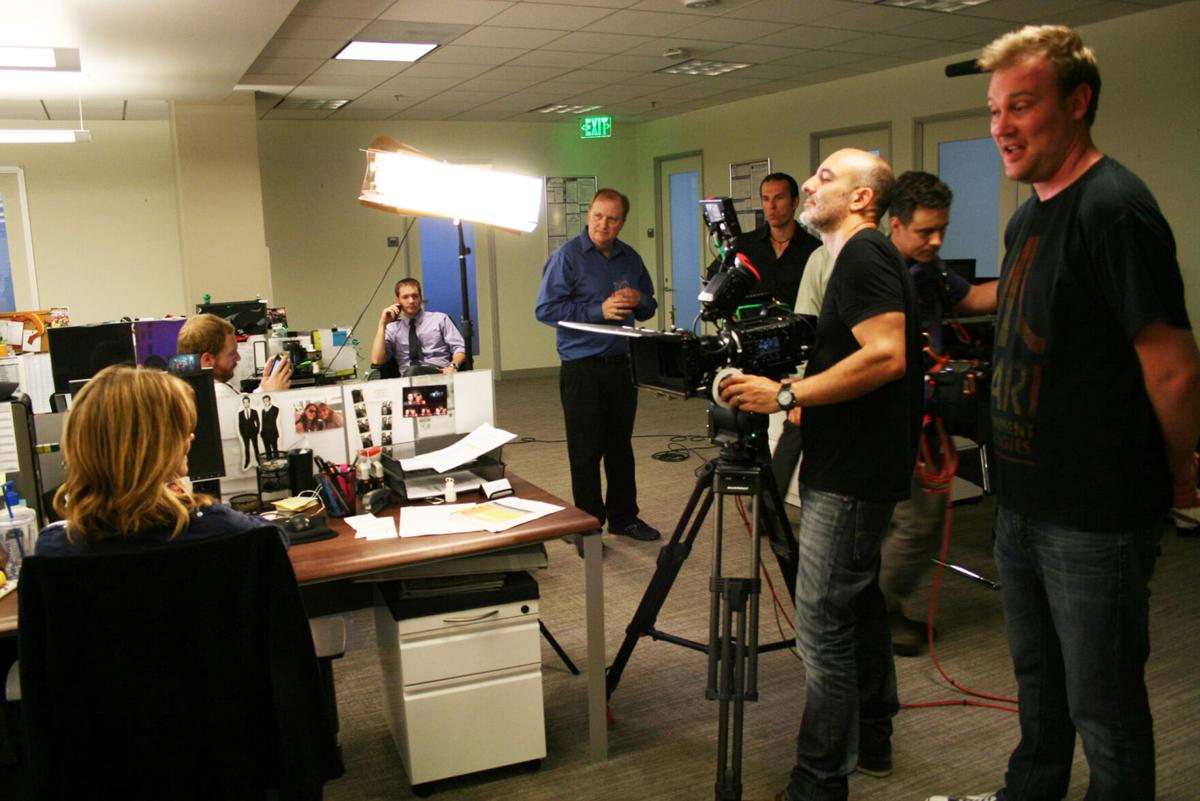 Walter Meyer, center, is pictured on the set for the TV version of “GAM3RS” that didnt quite make it to a set near you. 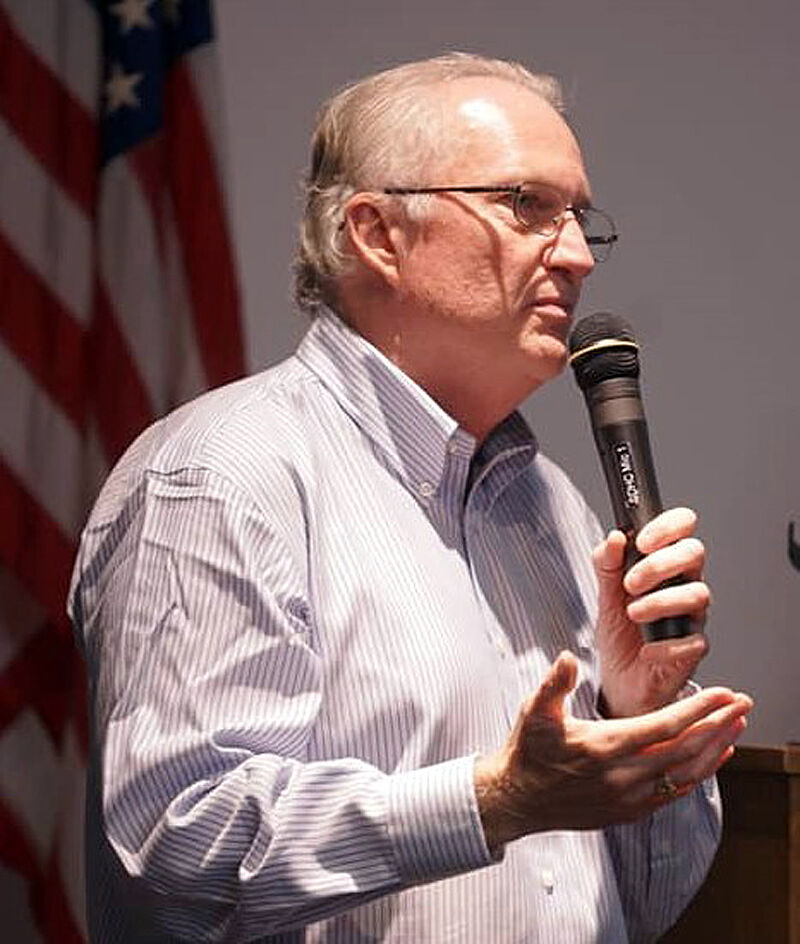 Walter Meyer is a frequent speaker, including giving anti-bullying talks. 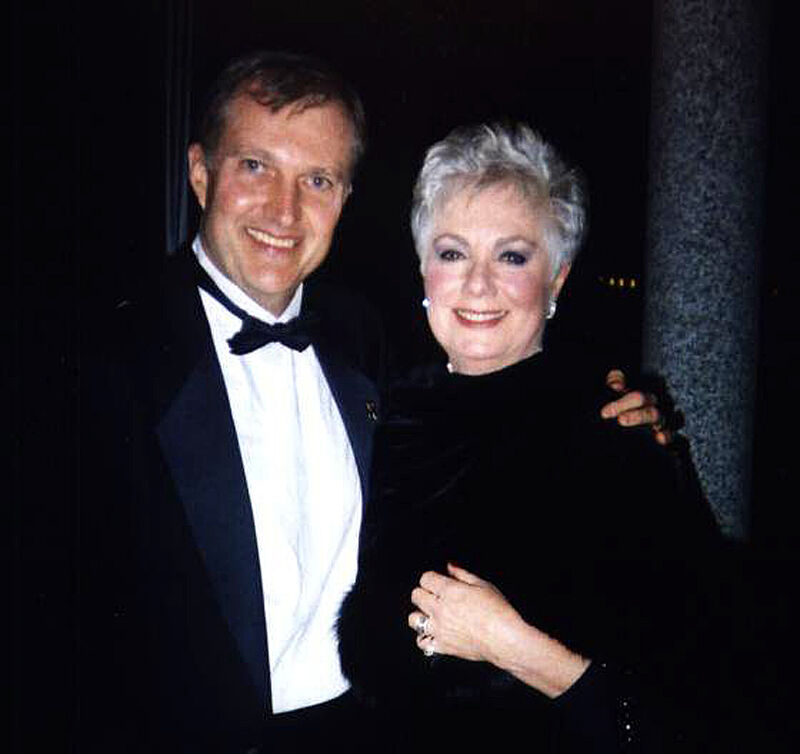 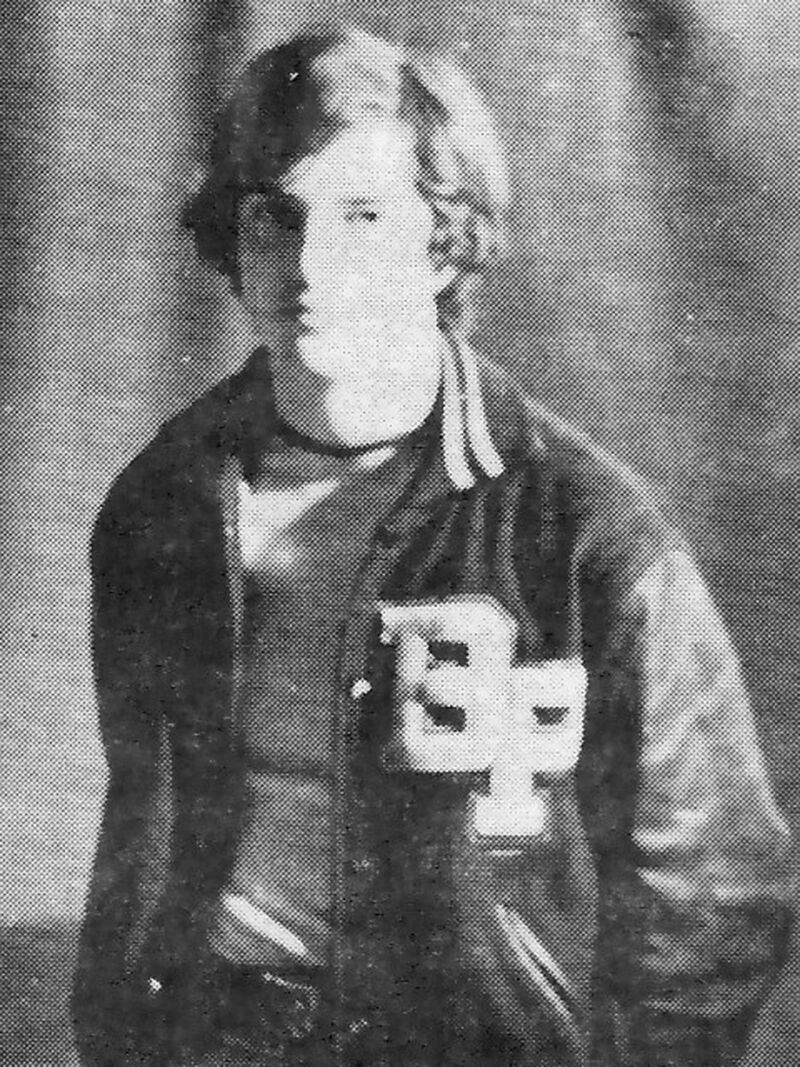 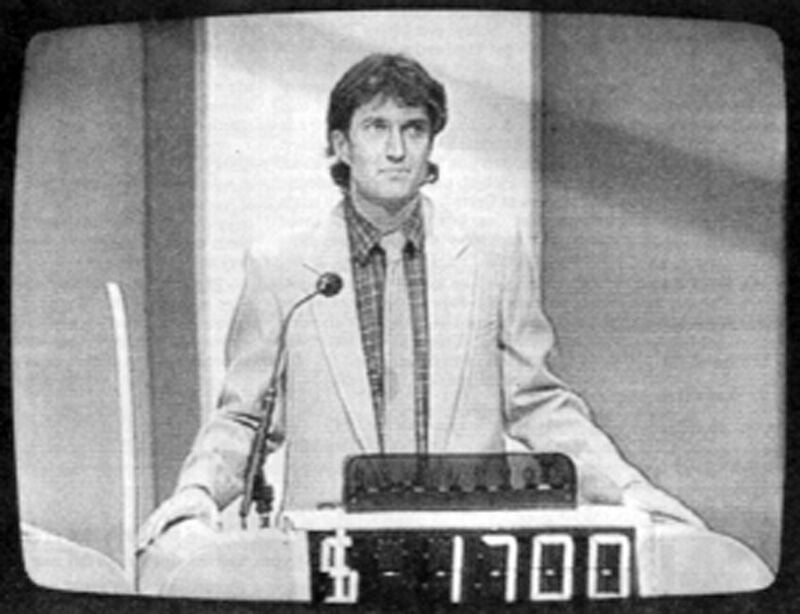 Walter Meyer's appearance on "Jeopardy": He finished second and won a year's supply of Rice-A-Roni, the San Francisco treat. 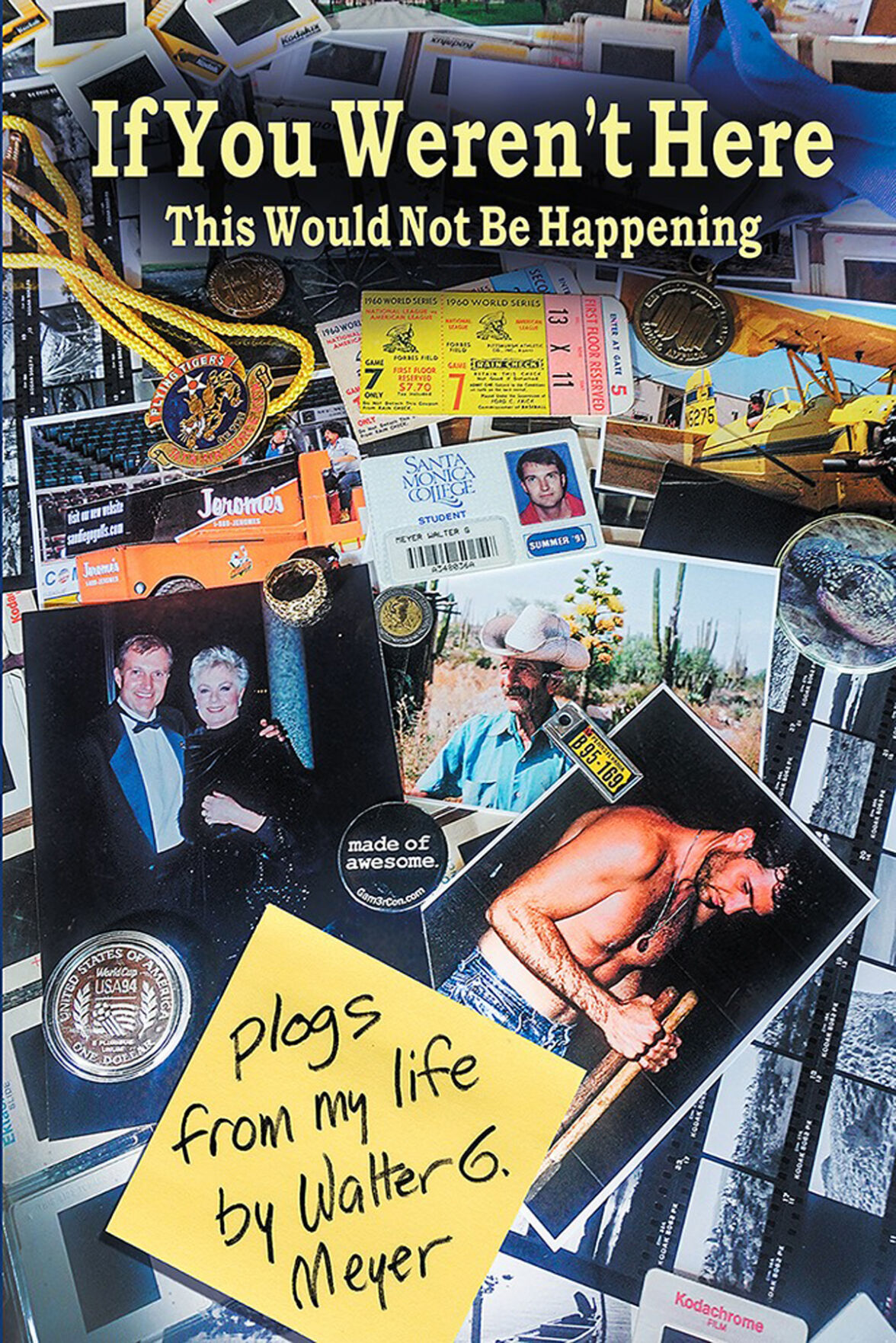 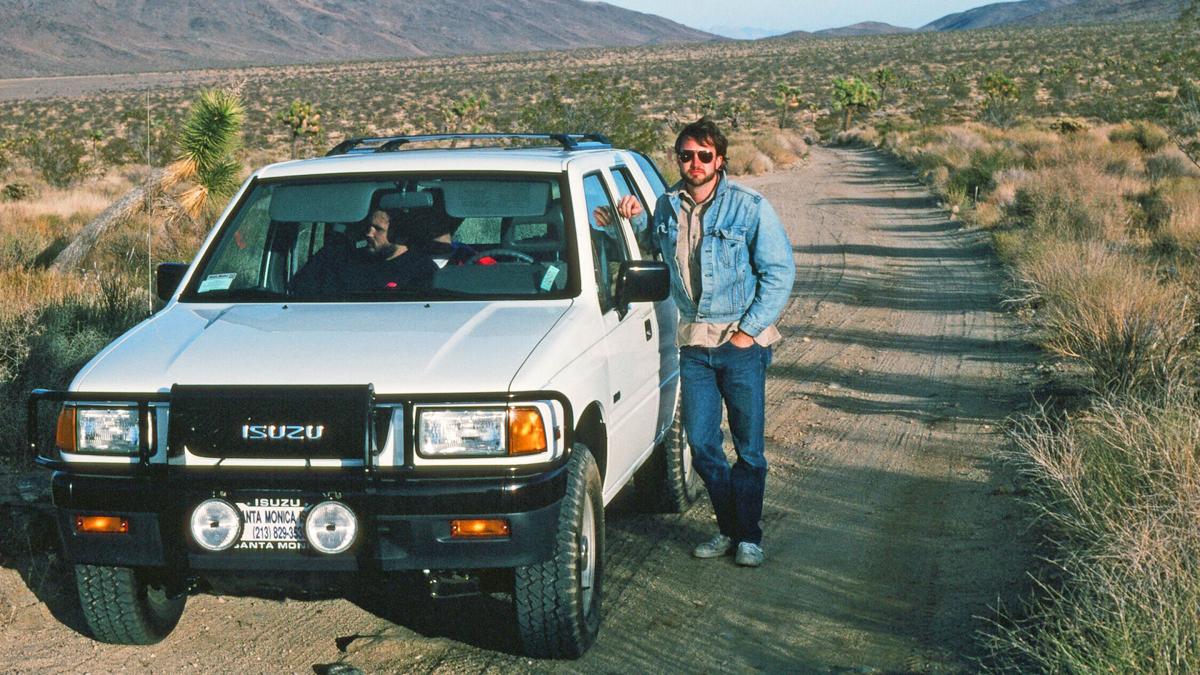 Walter Meyer’s travels have taken him to places like the outback of Baja California, Mexico. 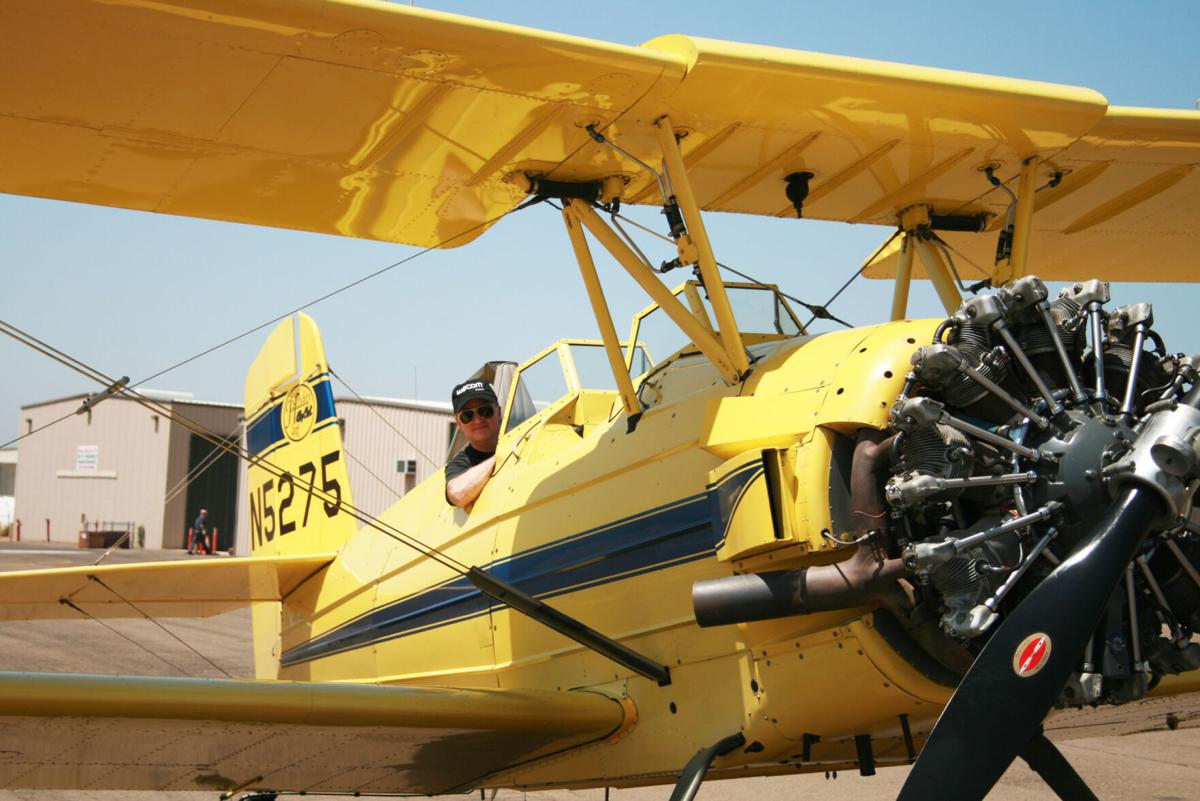 A story in his book has Walter Meyer flying a biplane. 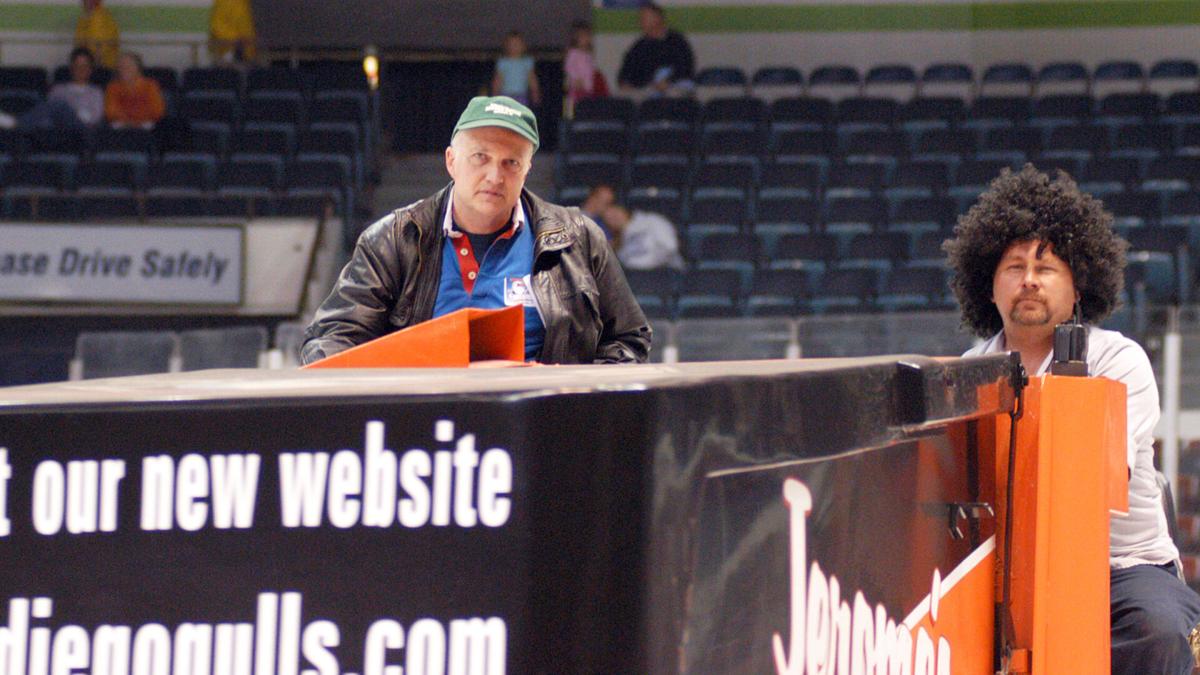 Walter Meyer rides on a Zamboni as one of his adventures.

Walter Meyer, center, is pictured on the set for the TV version of “GAM3RS” that didnt quite make it to a set near you.

Walter Meyer is a frequent speaker, including giving anti-bullying talks.

Walter Meyer's appearance on "Jeopardy": He finished second and won a year's supply of Rice-A-Roni, the San Francisco treat.

Walter Meyer’s travels have taken him to places like the outback of Baja California, Mexico.

A story in his book has Walter Meyer flying a biplane.

Walter Meyer rides on a Zamboni as one of his adventures.

That word “plog,” has been seen frequently in relation to posts on his Facebook page.

“Someone said they were too long to be normal posts, but weren’t really blogs, so I coined a new term – plog – for my posts that morphed into blogs,” the Bethel Park native writes in the first paragraph of his latest book, “If You Weren’t Here, This Would Not Be Happening.”

Considering that he subtitles it “plogs from my life,” an explanation definitely was in order.

As for what has occurred in Meyer’s life, well, the plogs have propagated into the hundreds, chronicling everything from appearing on “Jeopardy” – a photo of him portrayed thusly on a TV screen leads off that first chapter – to writing a widely performed play despite scant knowledge of the subject matter.

The title for the initial volume comes from a friend’s words to him while they were caught in the middle of a shootout in Washington, D.C.

“(Expletive) like this only happens when you’re around,” Meyer said his friend exclaimed.

As for the whole concept of plogs, perhaps that would happen only with someone like Meyer.

“It started out purely by accident,” he said. “A friend posted something about Charlton Heston on Facebook, and I wrote about my contact with Charlton Heston. It got to be such a long comment on his page that I decided to write my own comment about it on my page, when made me then think of the time I met Shirley Jones, a fellow Pittsburgher. And then I ended up writing the whole Shirley Jones story, which led to me writing another story.”

Meyer spoke from his home in suburban San Diego, where the temperature actually has dipped below 60 this winter. He migrated to California after graduating from Penn State University more than a few years ago. He does recall seeing Jones perform at the Allegheny County Fair when he was a child, but she probably hasn’t returned to South Park since “The Partridge Family” aired.

At any rate, he has a whole section on his “Brushes With Greatness,” and readers can learn about him making the Monkees’ Micky Dolenz slip “off the end of my desk, he was laughing so hard” during a video shoot, he said.

The idea for “If You Weren’t Here” came during the early part of the COVID-19 pandemic.

“I’m actually under contract now to write a book for somebody else,” Meyer said. “But I was having a hard time concentrating, with all the bad news going on around us. And writing some of these stories had always been somewhere in the back of my mind. I kept notes over the years, and in all my travels over the years, I had shot about 20,000 slides. I had the best 9,000 of them digitized, and so starting to write these stories gave me an excuse to plow through those and bring back so many memories.”

His memories served him well for the authorship of “Rounding Third,” his 2009 novel that shows the serious side of his writing with its anti-bullying theme.

“It gets very heavy. As one reviewer said, ‘If you don’t cry at least once reading this book, you don’t have a heart,’” he said. “It’s very, very, very loosely based on my high school baseball experiences on the team at Bethel. And then I started hearing stories from other people about being bullied in high school, which I was. So I decided to piece all the stories together.”

Readers, as it turned out, could identify.

“So many people said, ‘Did you follow me in high school? Because this was my story. This was what I went through every day,’” Meyer said, noting he debated including a particular incident as part of the text.

“In fact, one of my friends who read the book said, ‘This seems a little bit over the top. This is a bit much. Do you really want to?’ And I said, ‘Well, it actually happened to a friend of mine. I didn’t make that up.’ So I included it, and since then I have had so many people come up to me and say, ‘That happened to me, too.’”

A few years after the publication of “Rounding Third,” Meyer was invited to his alma mater and became the speaker at the first schoolwide assembly at what then was the new Bethel Park High School. When he attended prior to his 1975 graduation, the multi-building layout at the time precluded the entire student body from gathering in the same place at the same time.

“I put together a slide at the end of my PowerPoint that was pictures of me with the governor and Shirley Jones, and directing a TV show and all of the things that I’ve done,” he recalled. “And I said, ‘I put this up here not to tell you how great I am, but to say how great you can be if you don’t listen to all the people who say you can’t.”

Fortunately, no one was around to tell him he couldn’t write the script for the popular stage production “GAM3RS.”

“I knew nothing about gaming, and it’s ironic that I wrote a play that’s been performed all over the country about video games,” he said. “I learned, when we would have to do interviews and stuff, some very intelligent things to say about gaming, very profound. I had no idea what they meant. But I could say them, and they sounded really good.”

He recalled a telephone call from a graduate student who worked with his then-roommate, saying his thesis was due the following day. The student had to perform a one-act play and had wanted to do something original, but he wasn’t coming up with anything.

“And for whatever stupid reason, a guy I had met like twice in my life, I go over to his place at 10 o’clock on a Wednesday night. We pulled an all-nighter and wrote the first draft of what would become ‘GAM3RS,’” Meyer recalled. “He read it to the class the next day, and they just howled.

Brian Bielawksi, known professionally as Brian Archer, followed up with a formal performance.

“It got, by far, the biggest round of applause of any of the things performed that night. Then, to make things even better, a woman comes up to him backstage afterward and says that she was there to watch a friend’s niece’s performance,” Meyer said.

The woman turned out to be a producer with ABC Television.

“She absolutely loved the play. Could she option it?” Meyer reported. “So here we are, our first performance ever and somebody wants to make it a TV show.”

Creative differences helped put the kibosh on that production.

“You can only fight so much when somebody else is writing out the checks,” Meyer said.

But the play ended up running around the country, including the hallowed theater ground of New York City.

“My adventures may not have made me rich or famous,” Meyer writes to wrap up the “If You Weren’t Here, This Would Not Be Happening” into, “but they have never left me bored. Welcome to some of those stories.”