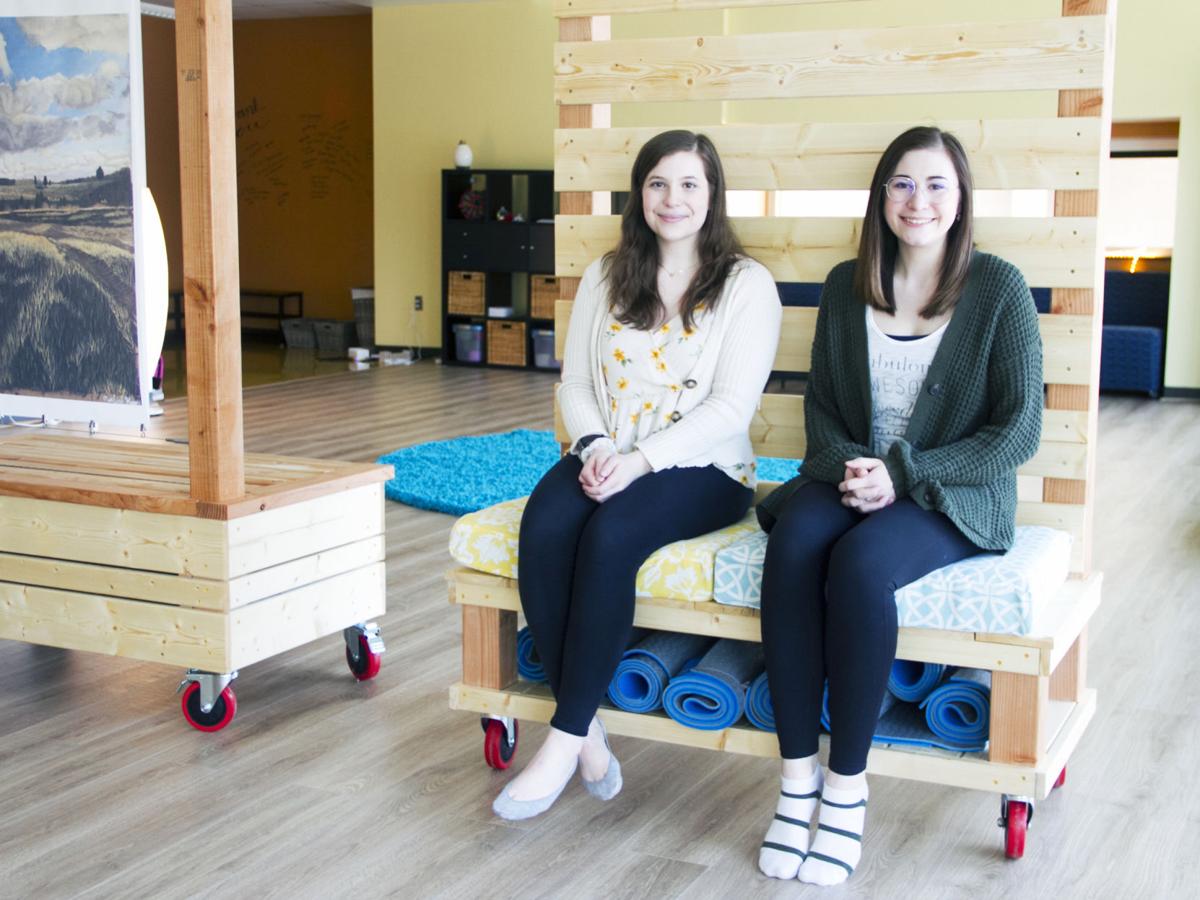 Mt. Lebanon High School seniors Anastasya Radzilowicz, left, and Caroline Csont relax in the school’s MinDen atop furniture and cusions made by their classmates. 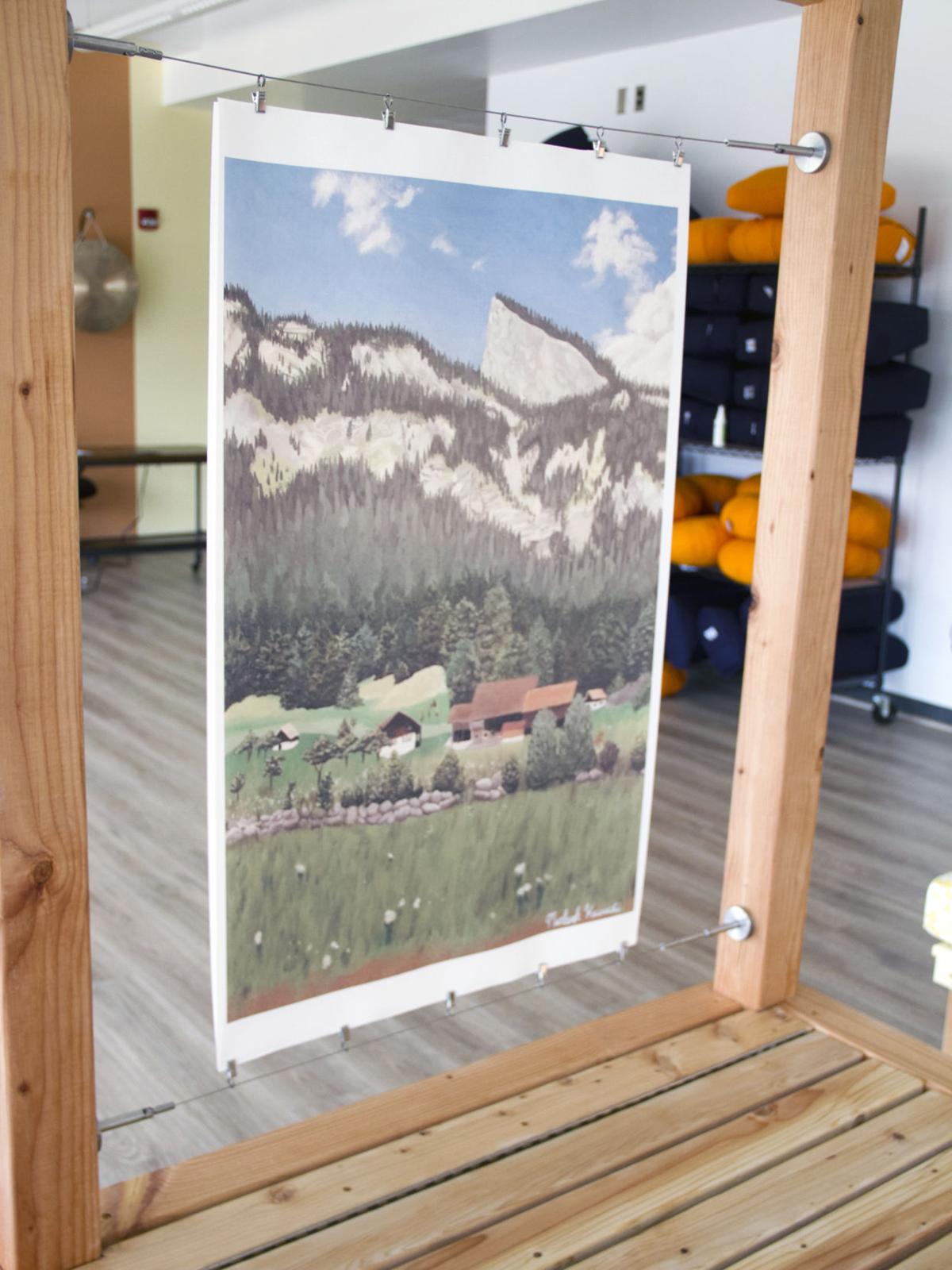 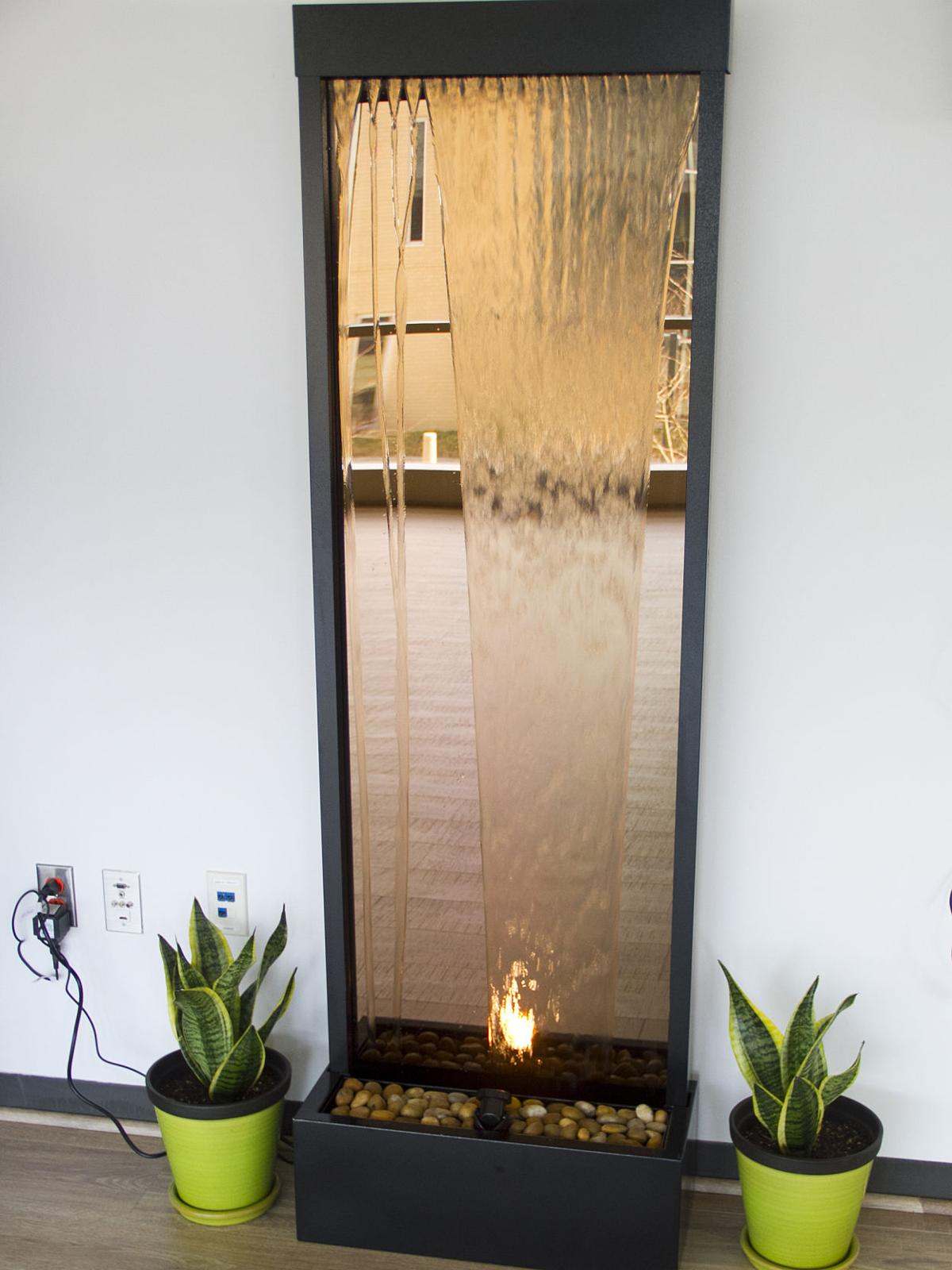 A mirror with its own waterfall contributes to the peaceful ambience of the MinDen.

When classes resume at Mt. Lebanon High School, students will have a place to go to help take the edge off whatever is on their minds.

Prior to the state-ordered closing of schools because of the novel coronavirus COVID-19, the teens were getting used to the presence of the MinDen, a dedicated tech-free space where the could go to rest, relax, meditate or do whatever works to help alleviate stress.

“Even though I can’t come down here every day, the fact that there’s a space available is really helpful,” senior Anastasya Radzilowicz said. “Our school is highly competitive when it comes to academics and sports and everything, so being able to take a breath and step away and be in the space is just incredible to have.”

She is one of the students who took a leadership role in developing the MinDen, which is modeled after a Mindfulness Room that psychology teacher Tina Raspanti visited at Carnegie Mellon University.

“I really loved the concept when I saw it there and thought it would be great to have it here,” Raspanti said, and she subsequently discussed the possibility with principal Brian McFeely. “I was very excited when he said, ‘let’s do it.’ So we formed a committee right away of about 30 students teachers and staff members.”

Caroline discussed the stress they and their classmates generally face on a daily basis.

“There’s not a lot of time to have just to be with yourself and to reflect on the positive things in life,” she said.

She met frequently with Raspanti about creating “the right vibe” for what became known as the MinDen, with its nod to mindfulness and the concept of finding calm by focusing on the present.

“We had teams that were created, and each group picked items that they wanted in the room, that they absolutely wanted, Caroline said. “And then ones that were not so important, we tried to get as many in the room as possible.”

Much of what occupies the space came from inside the school, such as interior design students choosing the paint color, woodshop students and their teacher building furniture, art students creating pieces for display and fashion arts students sewing cushions for the seats.

“Our reading corner is actually books that have been donated by staff members throughout the complex, books that motivated them,” Raspanti said. “And then they wrote little notes about why that book was important to them.”

McFeely was on board with the idea when Raspanti brought it to him.

“One of the factors was trying to figure out where it would make sense. We didn’t want to force the issue. We had just moved into the new setup of the building,” he said, referencing its three-year renovation project, “and then as we settled in, this room, which is a wonderful space in the high school complex, became available.”

The MinDen, when it’s back in operation, offers an abundance of area for individuals and also for group activities, such as yoga, that contribute to stress reduction.

“I think one of the great advantages is that it’s pretty centrally located off the grand staircase,” she said about the structure just within the school’s Horsman Drive entrance, “so kids can access it easily.”