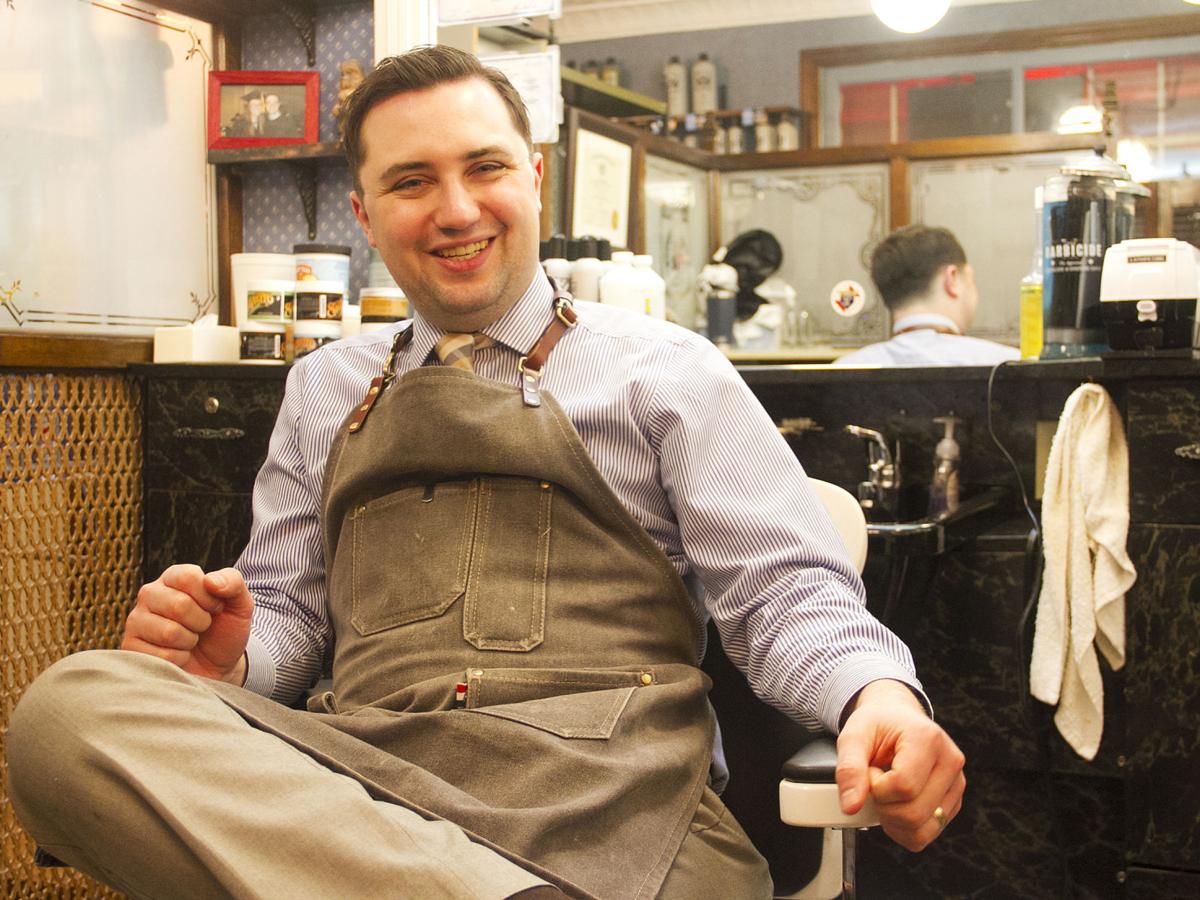 Sam Rauch sits in his barbershop. 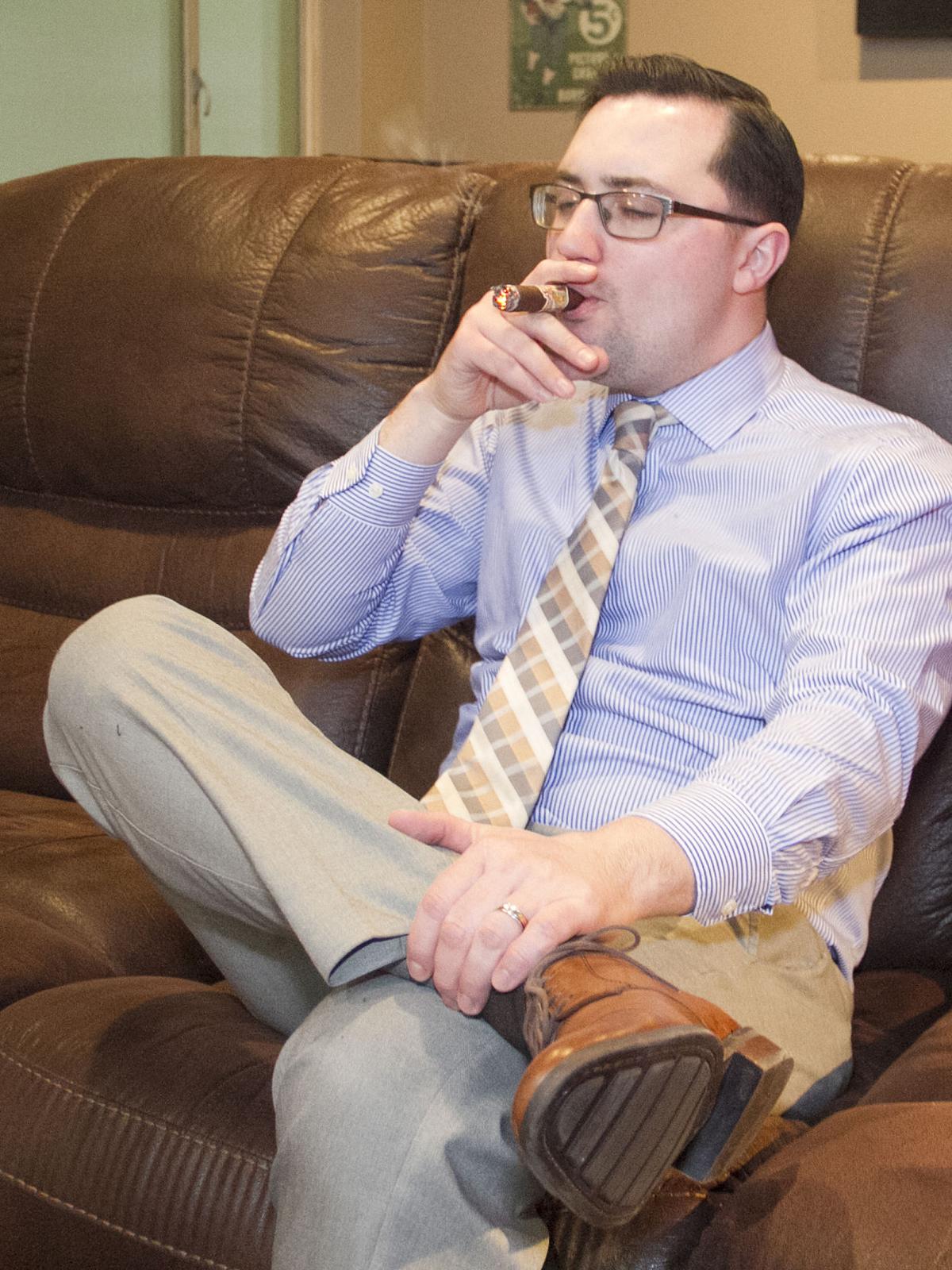 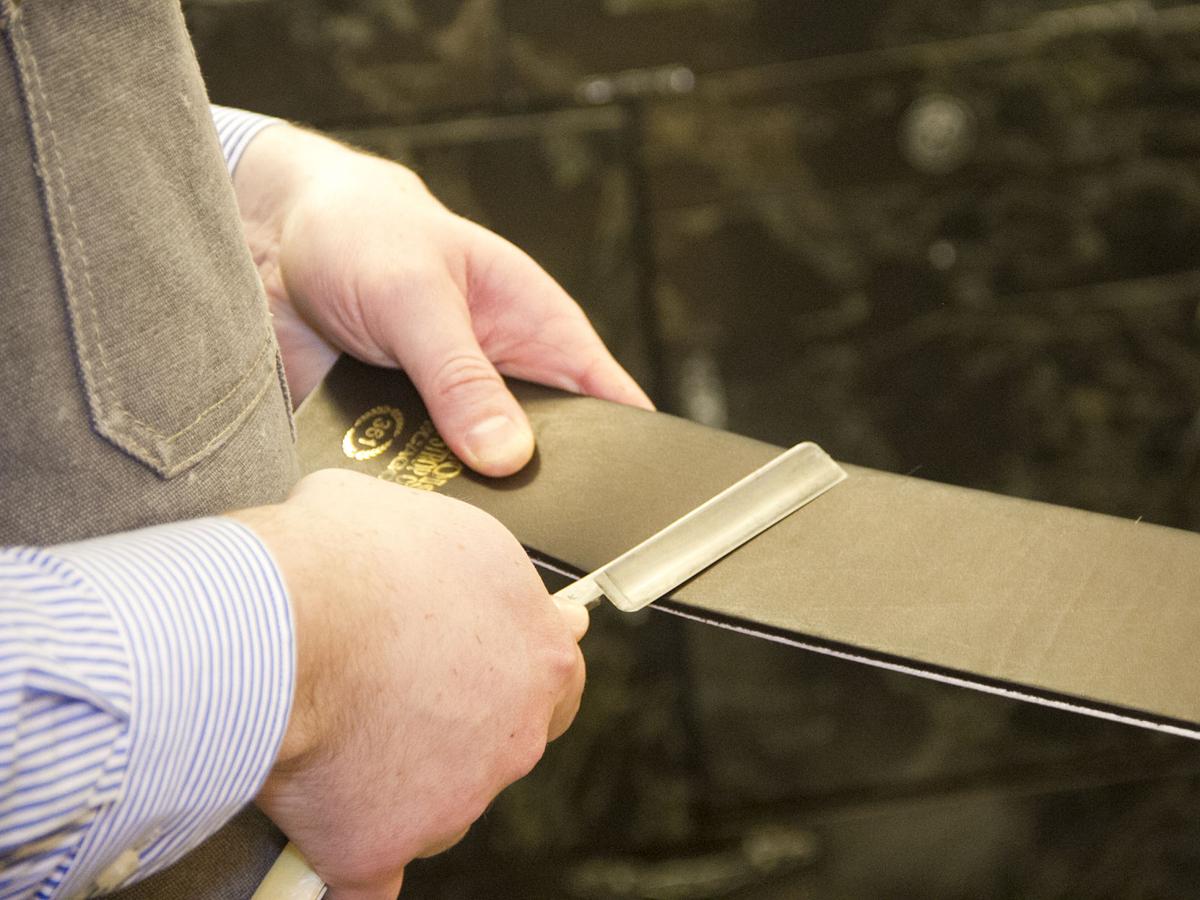 An old-fashioned shave with a straight razor is available at the House of Ferruzza in Bethel Park. 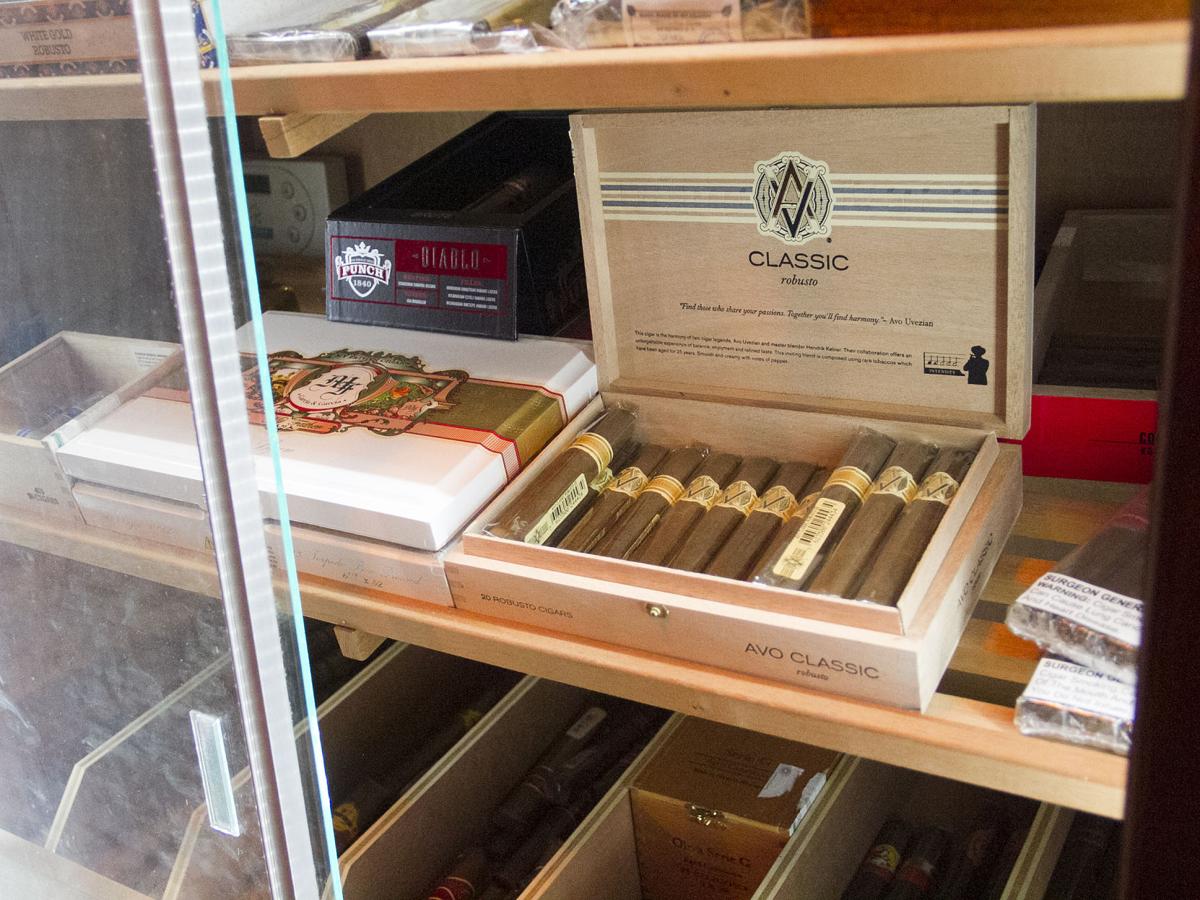 The House of Ferruzza humidor 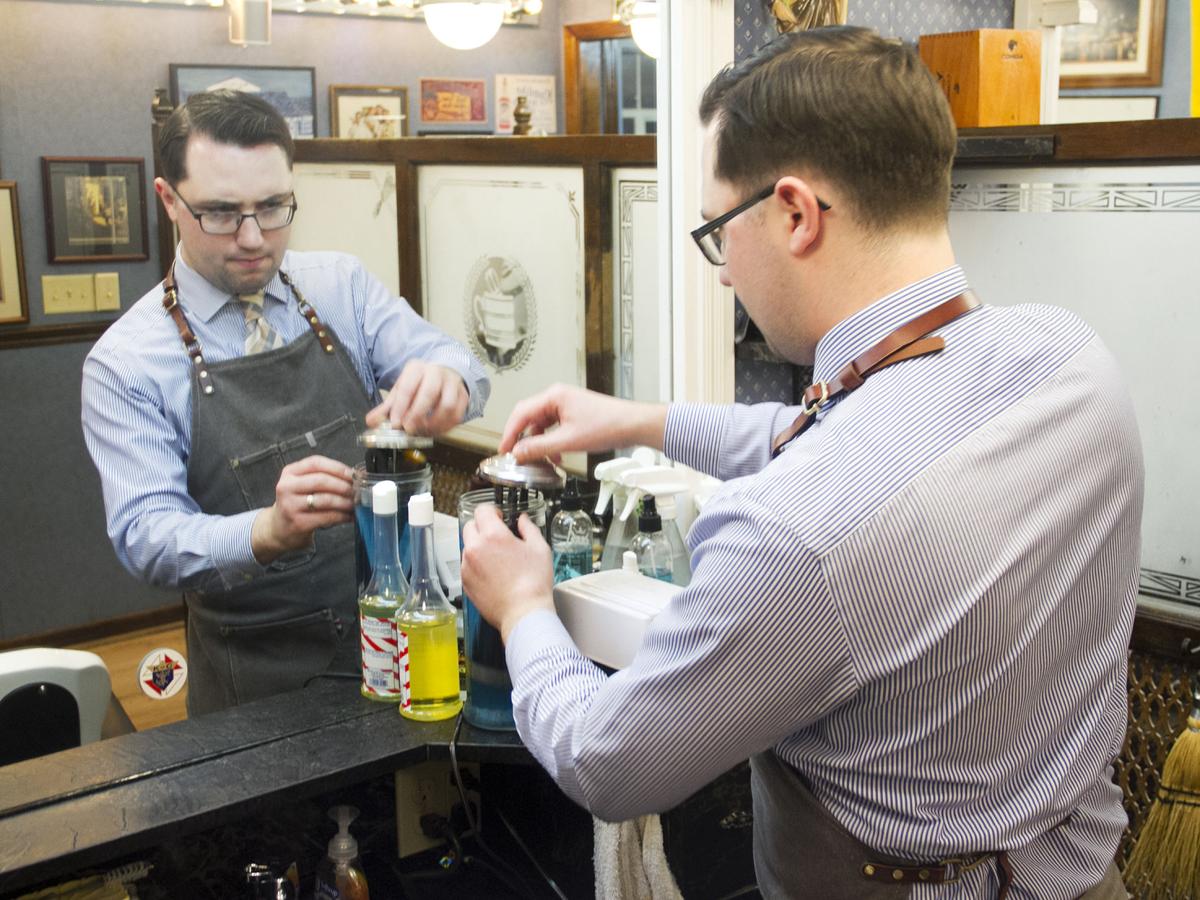 Sam Rauch prepares for a shave and haircut. 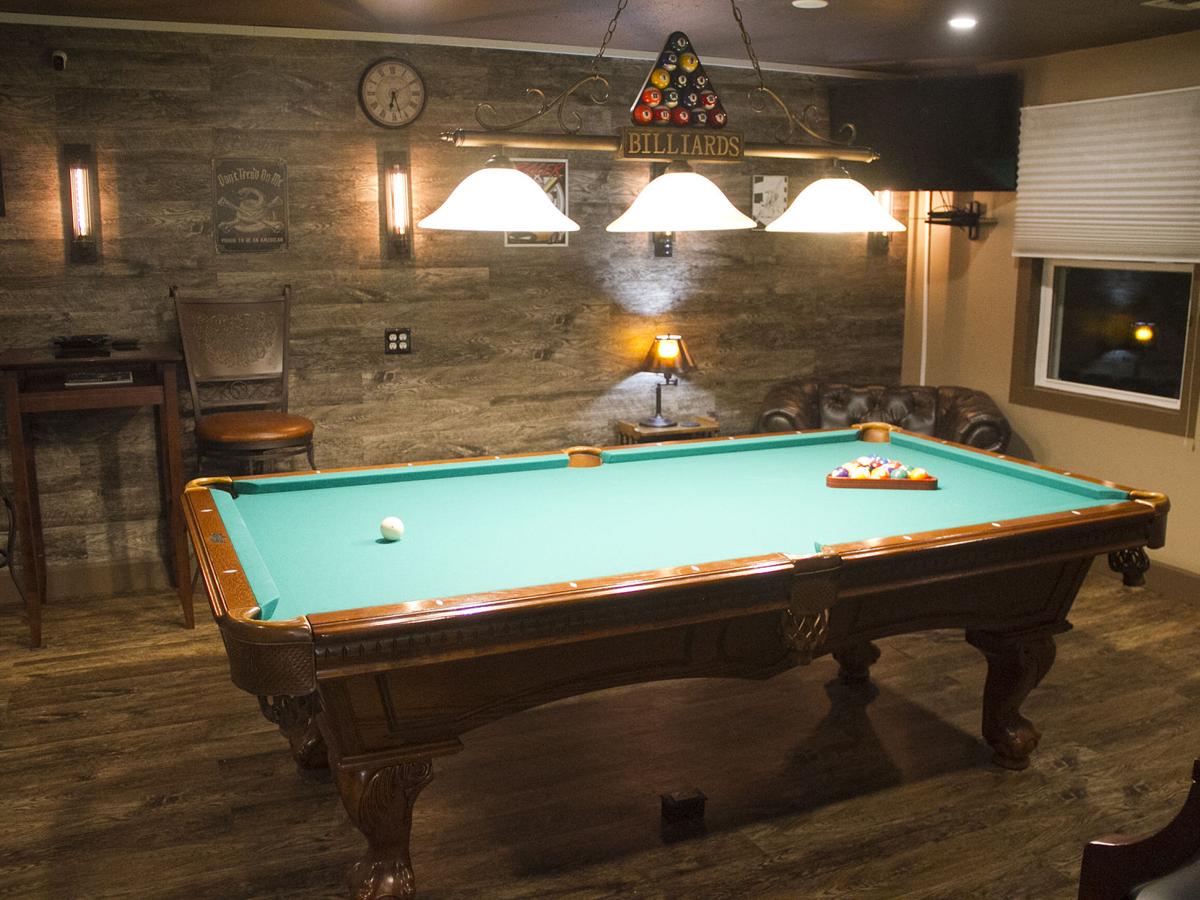 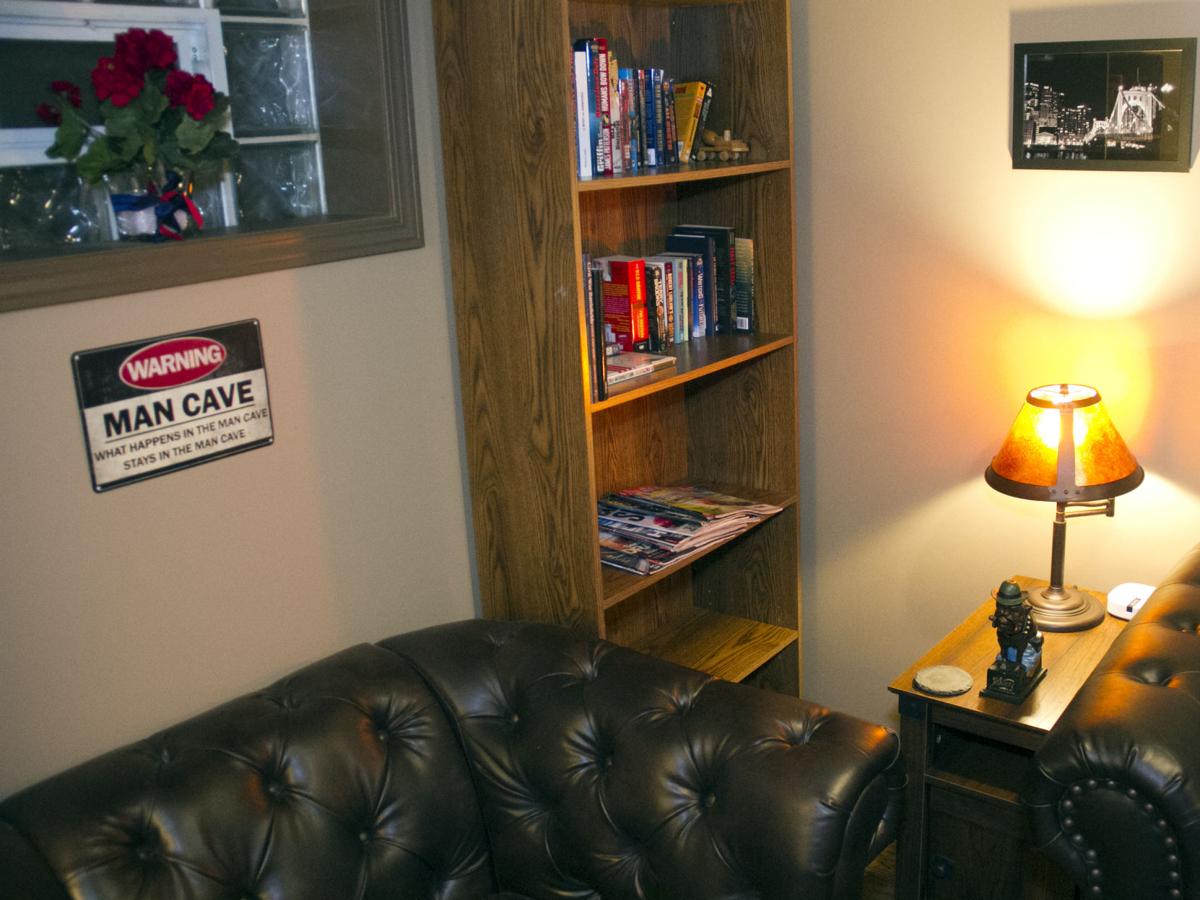 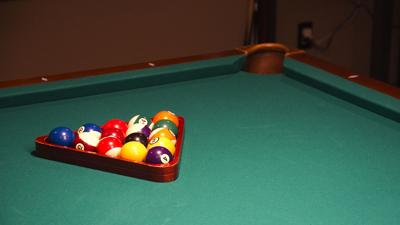 Sam Rauch sits in his barbershop.

An old-fashioned shave with a straight razor is available at the House of Ferruzza in Bethel Park.

The House of Ferruzza humidor

Sam Rauch prepares for a shave and haircut.

The rotating red, white and blue pole once was a staple of cities and towns across America, representing a place guys could go for a sense of community.

Along with the barber and his customer of the moment, other fellows would be waiting their turns or just hanging out talking about whatever might be of interest, perhaps puffing on a White Owl or De Nobili as they passed the time.

Sam Rauch was looking for that type of camaraderie in the Bethel Park barbershop founded by his great-grandfather nearly three-quarters of a century ago.

“I wanted to recreate the conversation halls of old. We can talk about politics and religion, and we can bring back the idea of healthy debate,” he explained. “That’s what the barbershop’s all about, and that’s what I wanted my cigar lounge to be about.”

In late 2018, the proprietor of House of Ferruzza on South Park Road opened a well-appointed area in back of the barbershop where people can relax, enjoy fine tobaccos – no cigarettes are allowed – and, if they’re so inclined, take a break from their cellphones for some face-to-face interaction.

The cigar lounge, which functions on a membership basis, features comfortable leather couches, big-screen televisions, a billiards table, high-speed internet and a work area for those who obligated to keep up with business, and, of course, a sizable humidor.

“We carry the cigars that our members want, and everything revolves around them,” Rauch said.

At age 27, the South Park Township resident and 2010 Bethel Park High School graduate is carrying on the family business launched by Joseph J. Ferruzza, his great-grandfather, who opened Acres Barbershop in 1947 in the then-new Ruthfred Shopping Center. He continued as an active barber through the mid-1990s.

Joseph T. Ferruzza, his son and Rauch’s grandfather, eventually took over the business, which now is across the street at 3425 South Park Road. Now that the younger Ferruzza is retired, Rauch operates a one-chair shop.

He didn’t really plan it that way.

“I didn’t have a lot of ambition toward one thing or another when I was in high school,” he admitted. He had interests in perhaps joining the military or performing music – he plays alto and tenor saxes – for a living, but none of that was quite headed in the right direction.

And then his mother, Lisa, provided an idea.

“She said, ‘Why don’t you ask your grandfather to teach you how to cut hair?’ And I’m not sure if she was completely serious about it. I think she was kind of just kidding,” he reported.

He had worked at the barbershop intermittently as a youngster, sweeping hair and doing other odd jobs.

“I just had no ambition to become a barber,” he said. “I just didn’t even think about it. Nobody in the family did.

He called Joseph T., who was receptive, and about a week later, Rauch started his new career.

“At first, I still wasn’t sure that it was what I wanted to do, and I wasn’t convinced I was very good at it,” he recalled. “But my grandfather said, ‘Oh, yeah. You’re taking to it a lot faster.’ I figured it was just because my grandfather was saying it.”

Rauch stuck with it, though, learning from Joseph T. and the other barber at the shop, Dale Bagaley.

“He was instrumental in teaching me things that I carry to this day,” Rauch said. “He’s given me a great gift that will be with me for life.”

Business for him picked up substantially when the elder barbers retired, and eventually, he decided to pursue his goal of opening a cigar lounge.

For members, who pay a monthly fee, the cigar lounge is open 24 hours a day, seven days a week, save some time on Sunday mornings for cleaning. Visitors also can stop by and enjoy the amenities during regular barbershops hours for a small cover charge.

The concept is working well, despite some initial reservations.

“It was a complete gamble. My wife was nervous, and I was nervous,” Rauch said, paying compliments to spouse Natalie. “I wouldn’t be here without her. She is just a rock with all this stuff.”