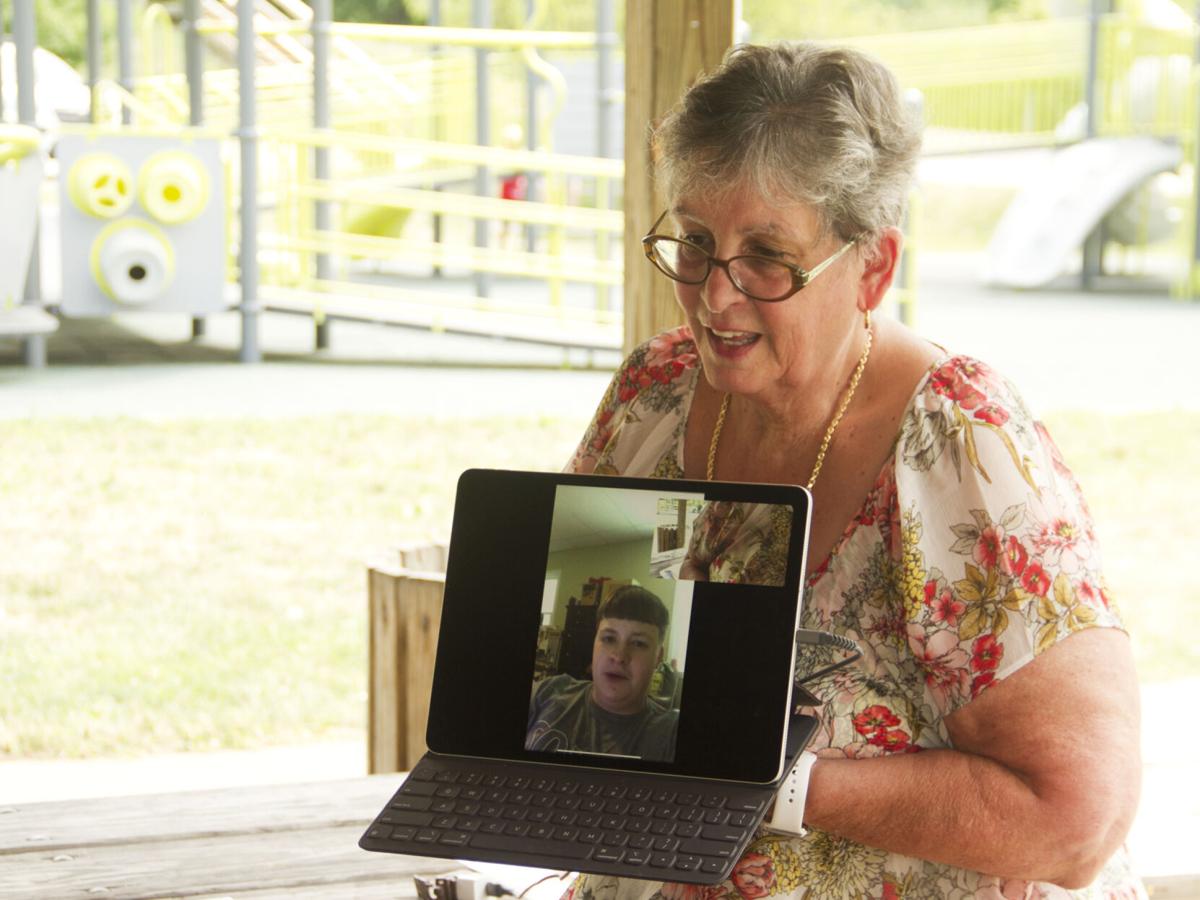 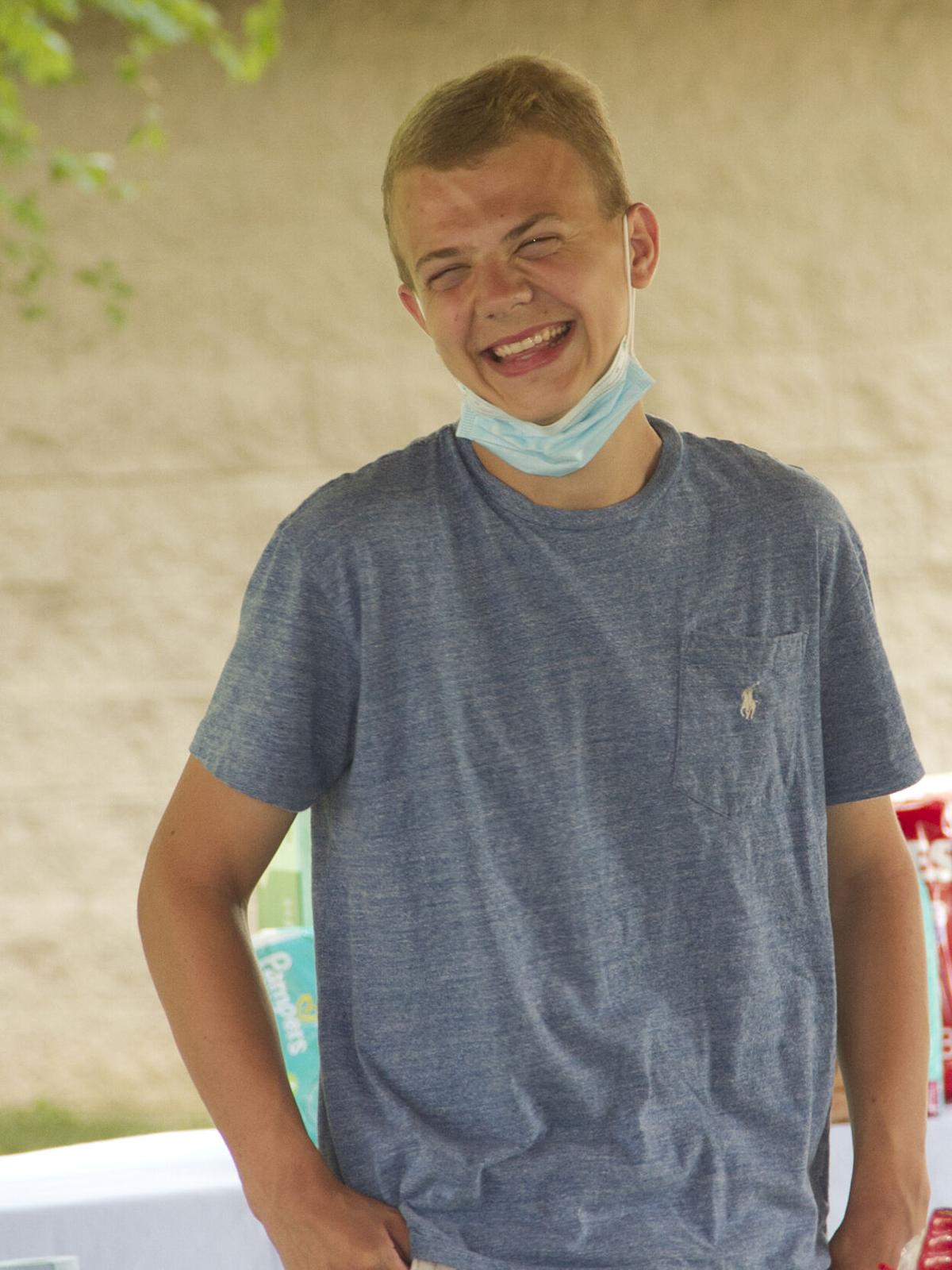 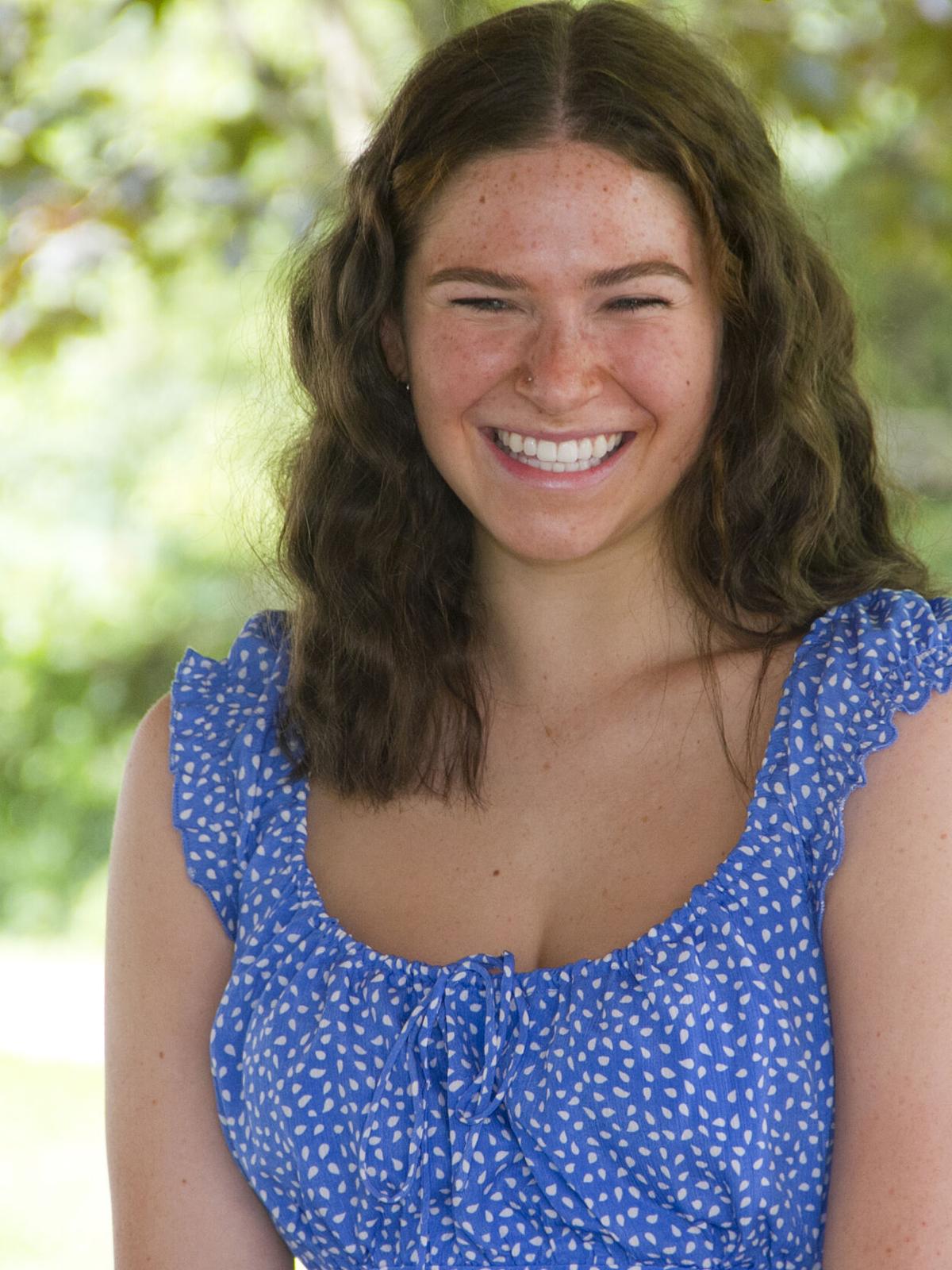 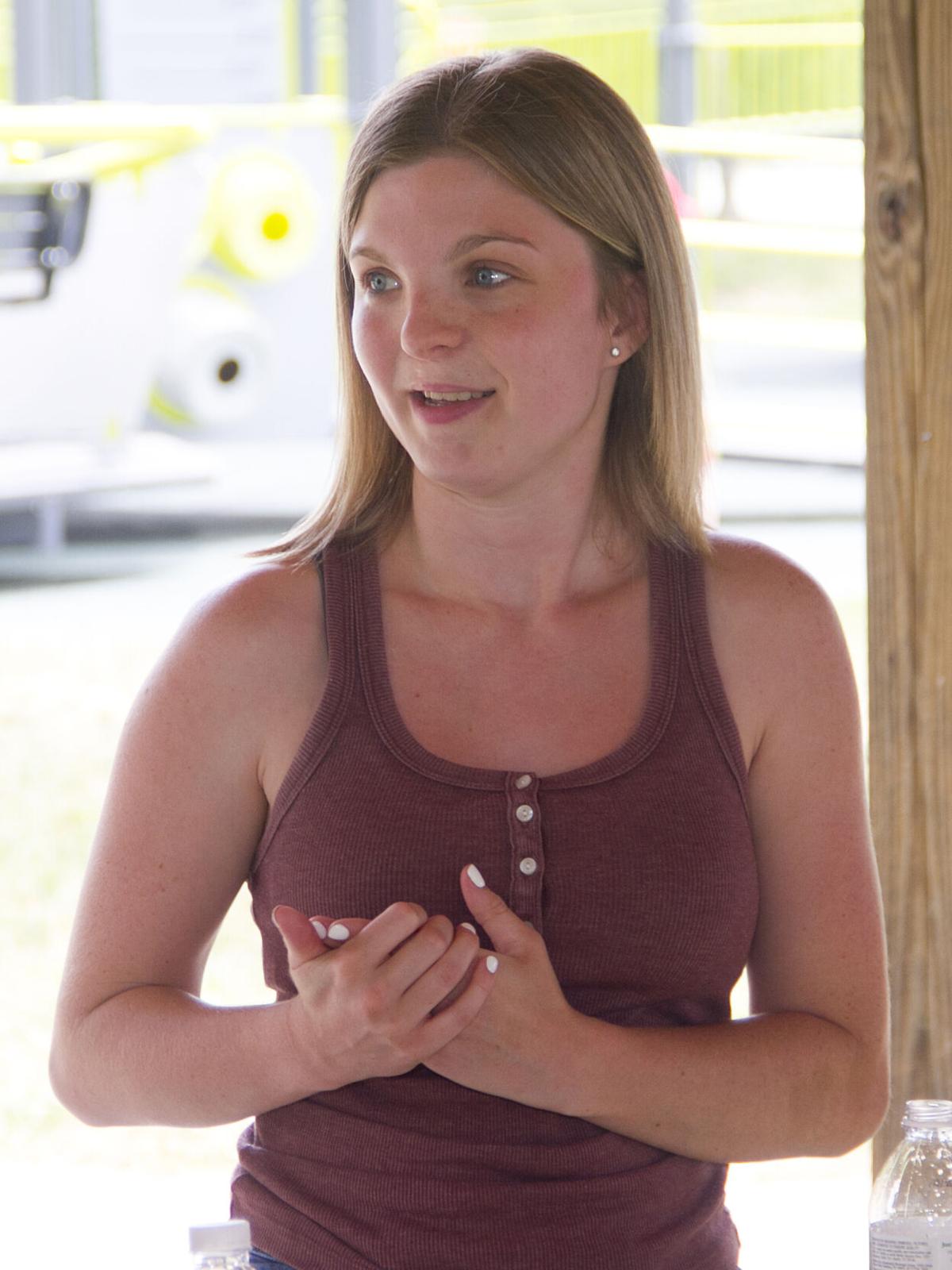 Angela Coyle talks about her experiences at Slippery Rock University. 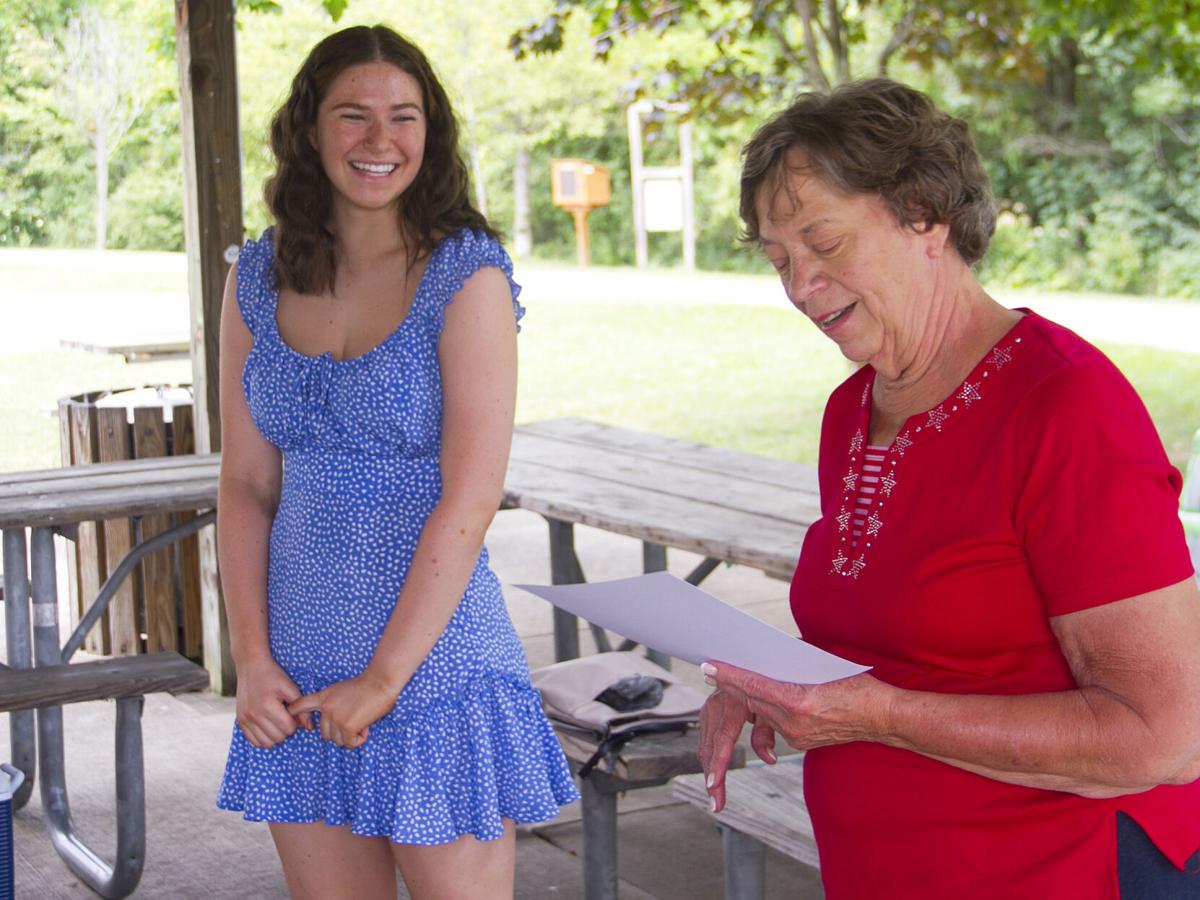 Angela Coyle talks about her experiences at Slippery Rock University.

In what no doubt was a first for the Woman’s Club of Upper St. Clair, a scholarship recipient expressed his gratitude virtually.

When the club met Tuesday at Peterswood Park for its first meeting since the winter, Eric Gardner greeted those in attendance by way of FaceTime from his home state.

“I wish I could be there in person, but part of being an Eagle Scout is that we learn it’s important to be kind of courteous to others,” he said about earning Boy Scouting’s highest award this year. “And because South Carolina has had a spike in COVID cases, and going up to Pennsylvania would require traveling through three other states. I felt that it would neither be kind nor courteous to go and potentially spread the disease unknowingly.”

Gardner’s message provided an upbeat start to the meeting, which was structured as an outdoor picnic to help promote health and safety.

The club awarded a total of $8,000 in scholarships to recent high school graduates, including $2,500 each to Eden Auslander and David Coyle of Upper St. Clair’s Class of 2020. Awards of $1,000 went to Ava DeCesare, who graduated from Canon-McMillan High School, and Audrey Faloni of Peters Township.

The club also provided $1,000 to Gardner, whose grandmother Judy Gardner served as club president in 2019-20. Succeeding her is Carol Burnetti, who was honored with a ceremony during the picnic.

Each of the scholarship recipients has built an impressive résumé of scholastic achievement, participation in school activities and community service.

Among other activities as a student, she participated in Upper St. Clair Leadership Academy and Future Business Leaders of America, served on the planning committee for Diversity Week and played on the girls soccer team. Eden also was founder and president of the high school’s Students Demand Action for Gun Sense club.

She will attend Indiana University in Bloomington, majoring in marketing in the prestigious Kelley School of Business.

David Coyle is another scholarship recipient who has earned Scouting’s highest honor. His Eagle project took place at the Spiritan Center, a faith-based place for retreats and other activities in Bethel Park, where he cleared a 30 square-foot outdoor area and installed picnic benches.

A member of the National Honor Society and Ultimate Frisbee team in high school, he is headed to Penn State’s main campus to study biological engineering.

He is the grandson of the late Eleanor “Curly” Albera, a longtime club member with two other family members who have been awarded scholarships: Ava DeCesare is David’s cousin, and Angela Coyle, his sister, is a previous year’s recipient.

She also was a varsity cheerleader for four years, distinguishing herself by making the team as a freshman, and her volunteer activities include teaching youth cheerleading and assisting with Canonsburg Hospital’s annual Haunted Trail.

While at Peters Township High School, Audrey Faloni served as a tutor for middle school students, and she was co-captain of the varsity dance team. She was a member of the National Honor Society, served on Student Council, played lacrosse and graduated with high honors.

In the community, Audrey delivered for Meals On Wheels and volunteered with Produce to the People in the North Side, boxing and bagging items for distribution to people in need.

“I used my scholarship to pay for my books, my first year and second year, and I’m now using the rest of it to buy supplies for the kids I’m student teaching,” she reported during the picnic, referencing her work with the Education Partnership in Pittsburgh.

The Woman’s Club has made donations to the nonprofit organization, which is dedicated to addressing educational inequities by providing and enabling access to the tools and resources necessary to support teachers and enhance a student’s ability to learn and succeed.

As for Gardner, his achievements at Emerald High School in Greenwood, S.C., included achieving a 4.00 grade point average and being ranked fifth in his graduating class.

His father, David, is a Greene County native who works as a chemistry professor at Lander University in Greenwood. While Gardner was in high school, he took Advanced Placement classes at Lander in statistics, calculus, chemistry, economics, American history and music theory.

Gardner, whose performance specialties include bagpipes national competitions, plans to major in classical music at the University of South Carolina, and, in fact, his application for the scholarship includes these words of wisdom:

“Beautiful music is needed and helps everyone in many ways.”