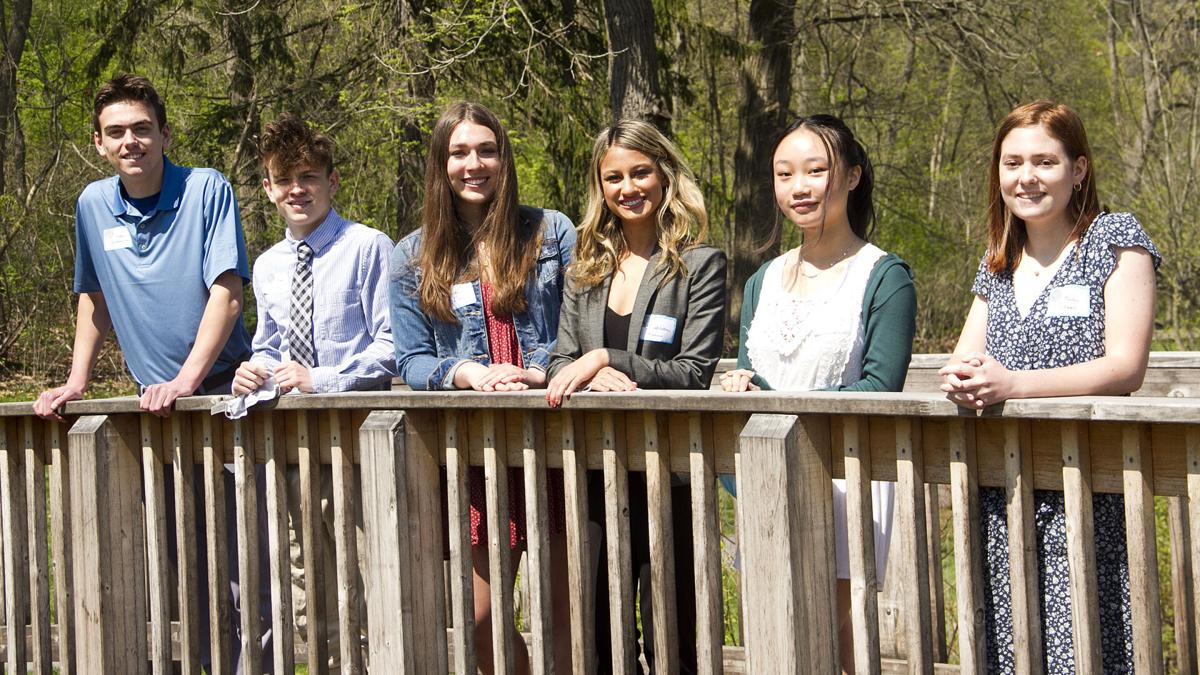 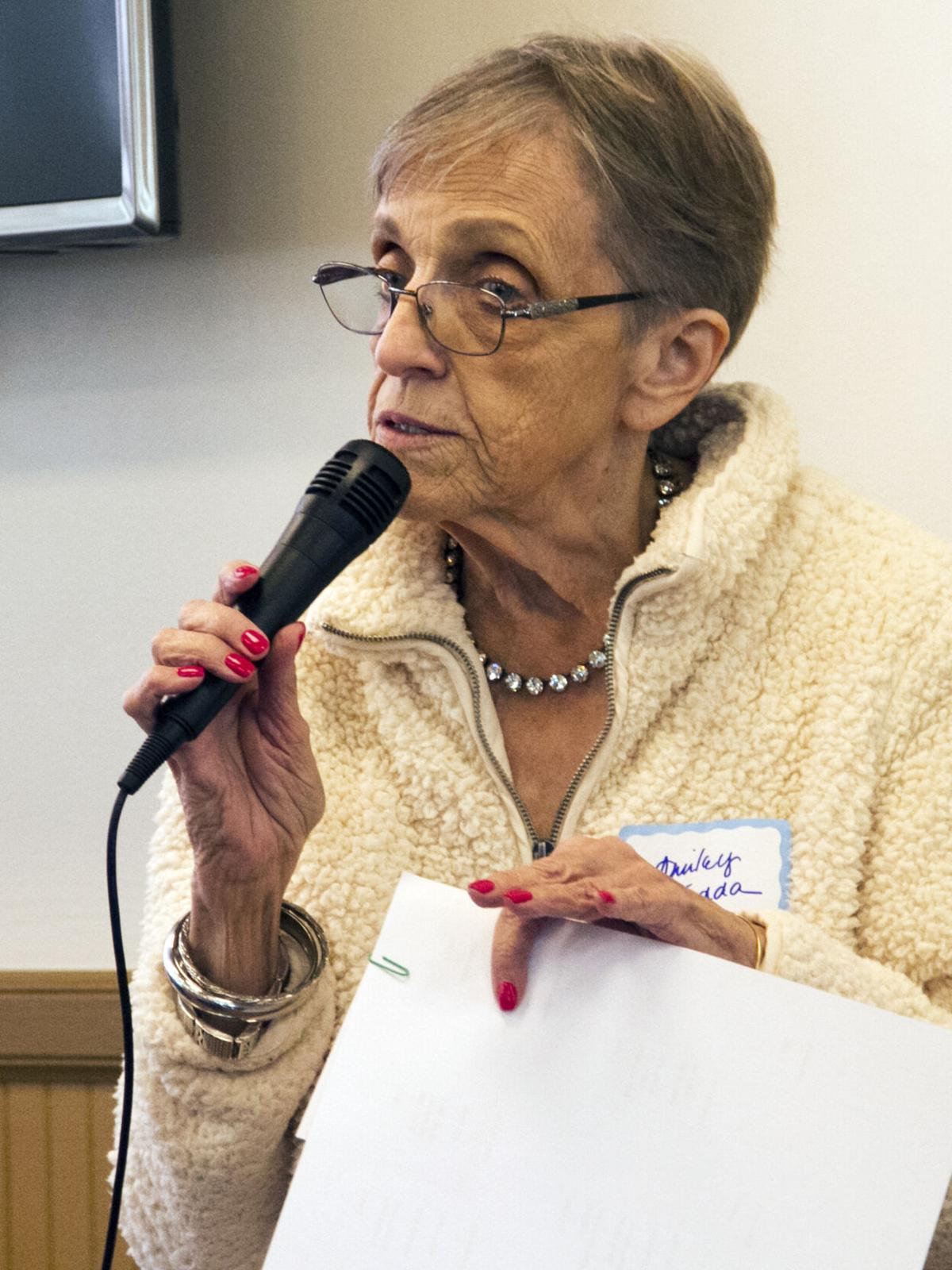 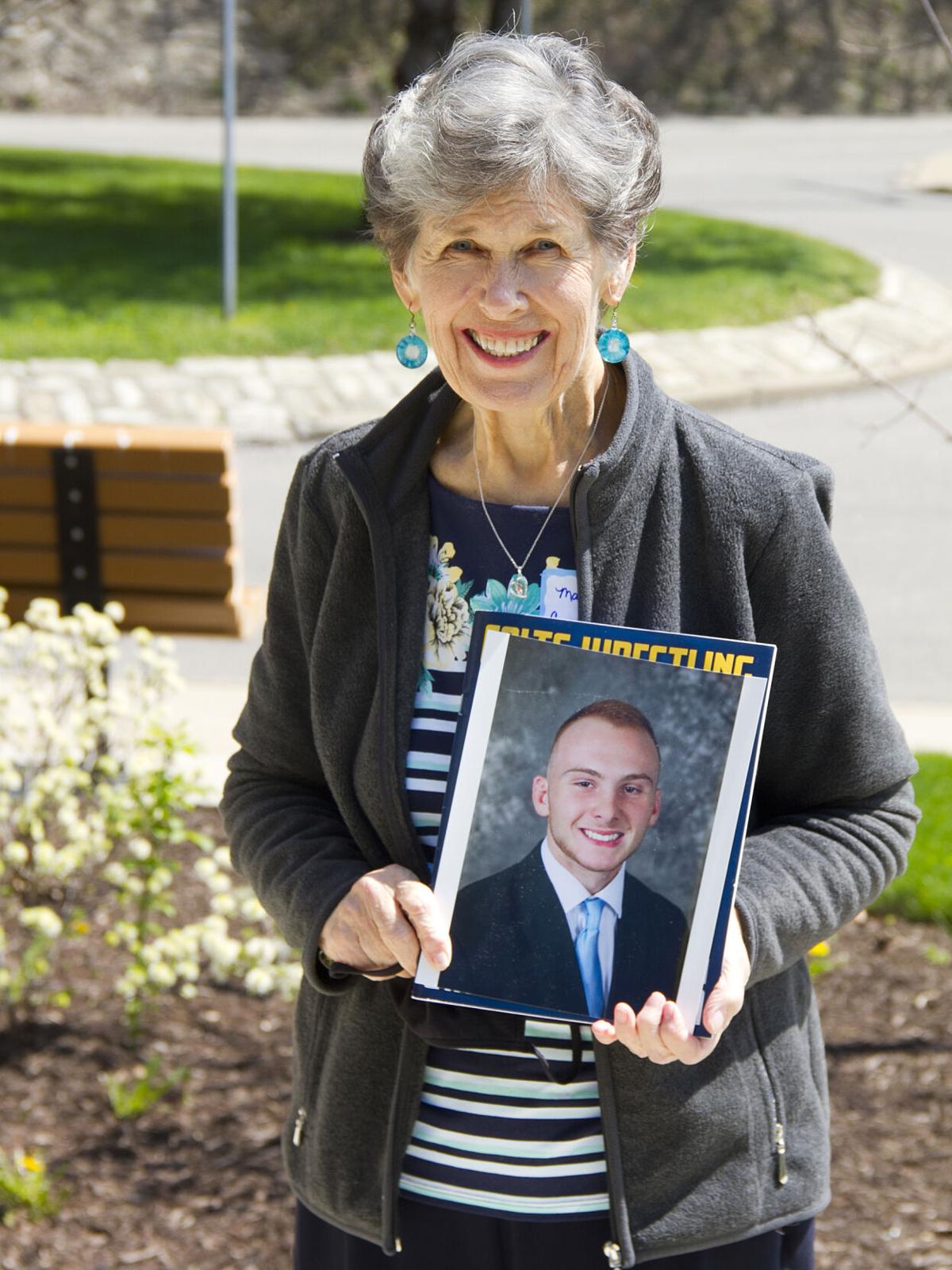 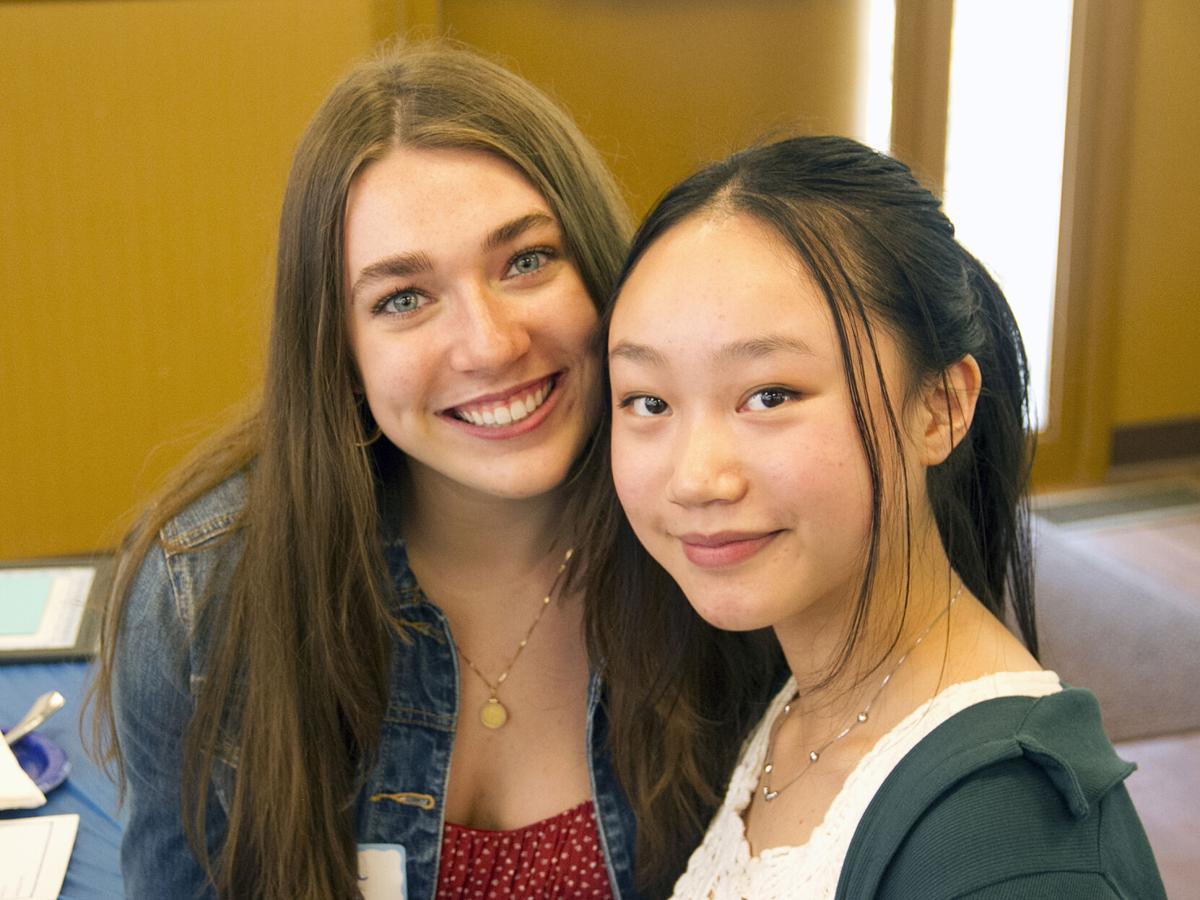 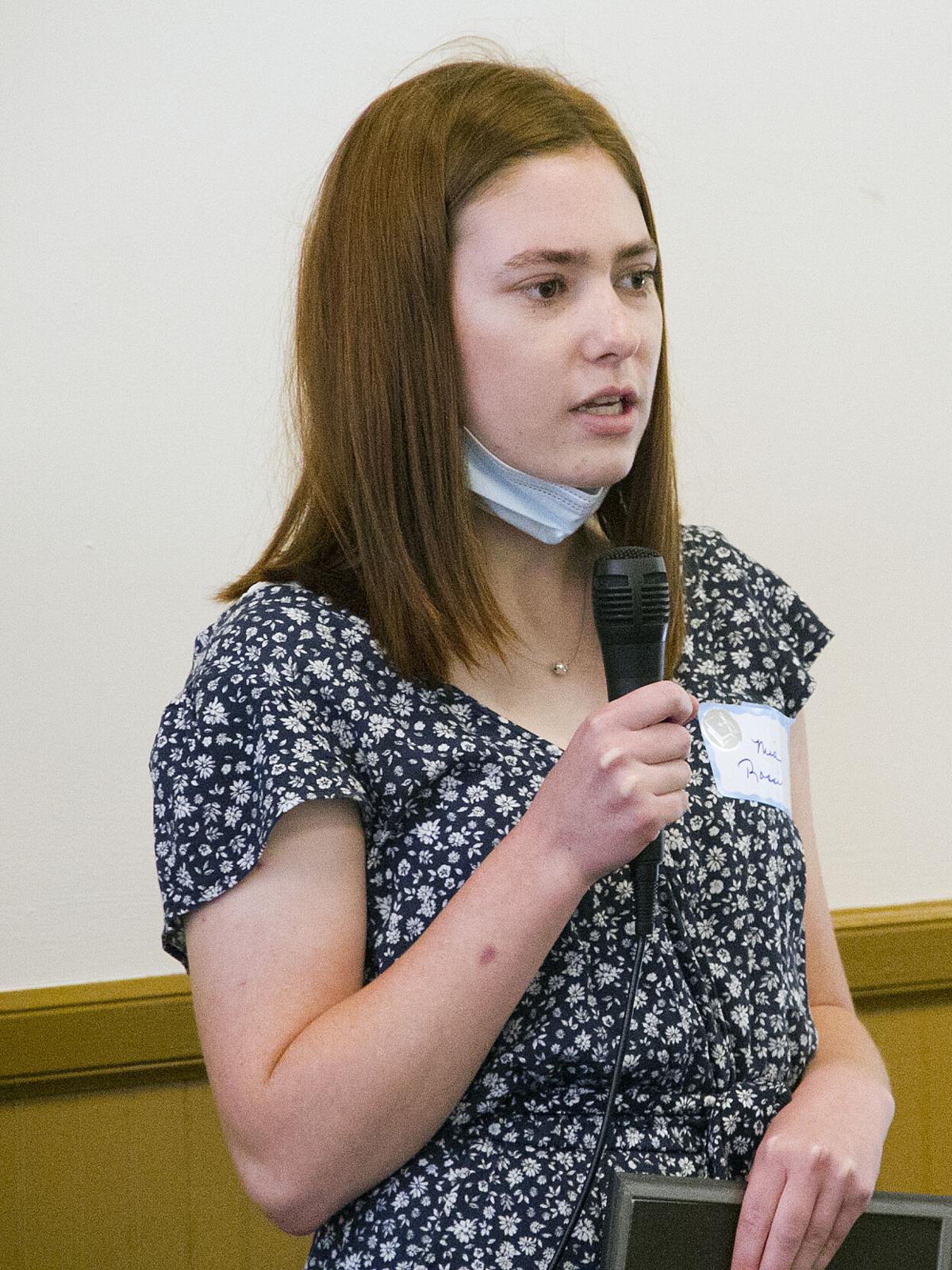 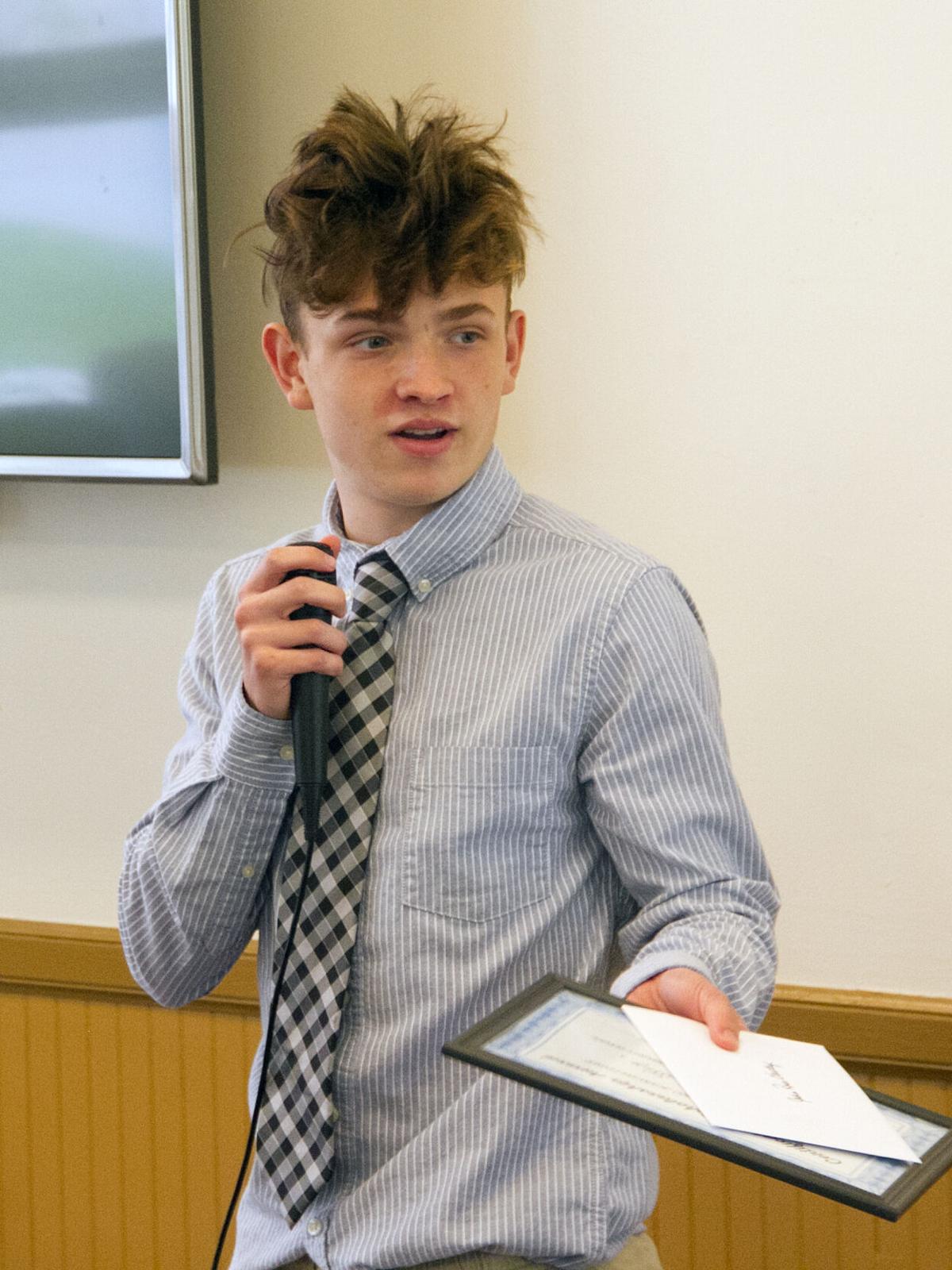 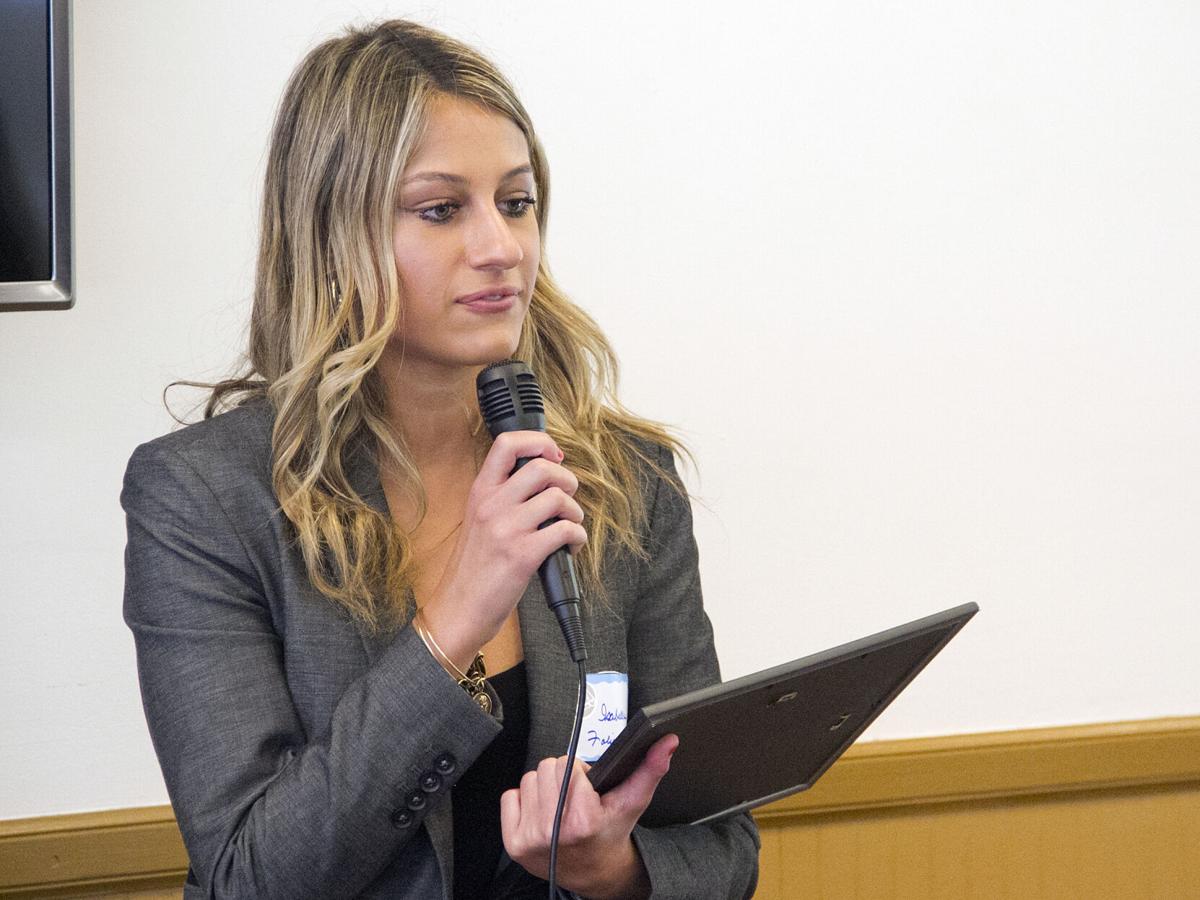 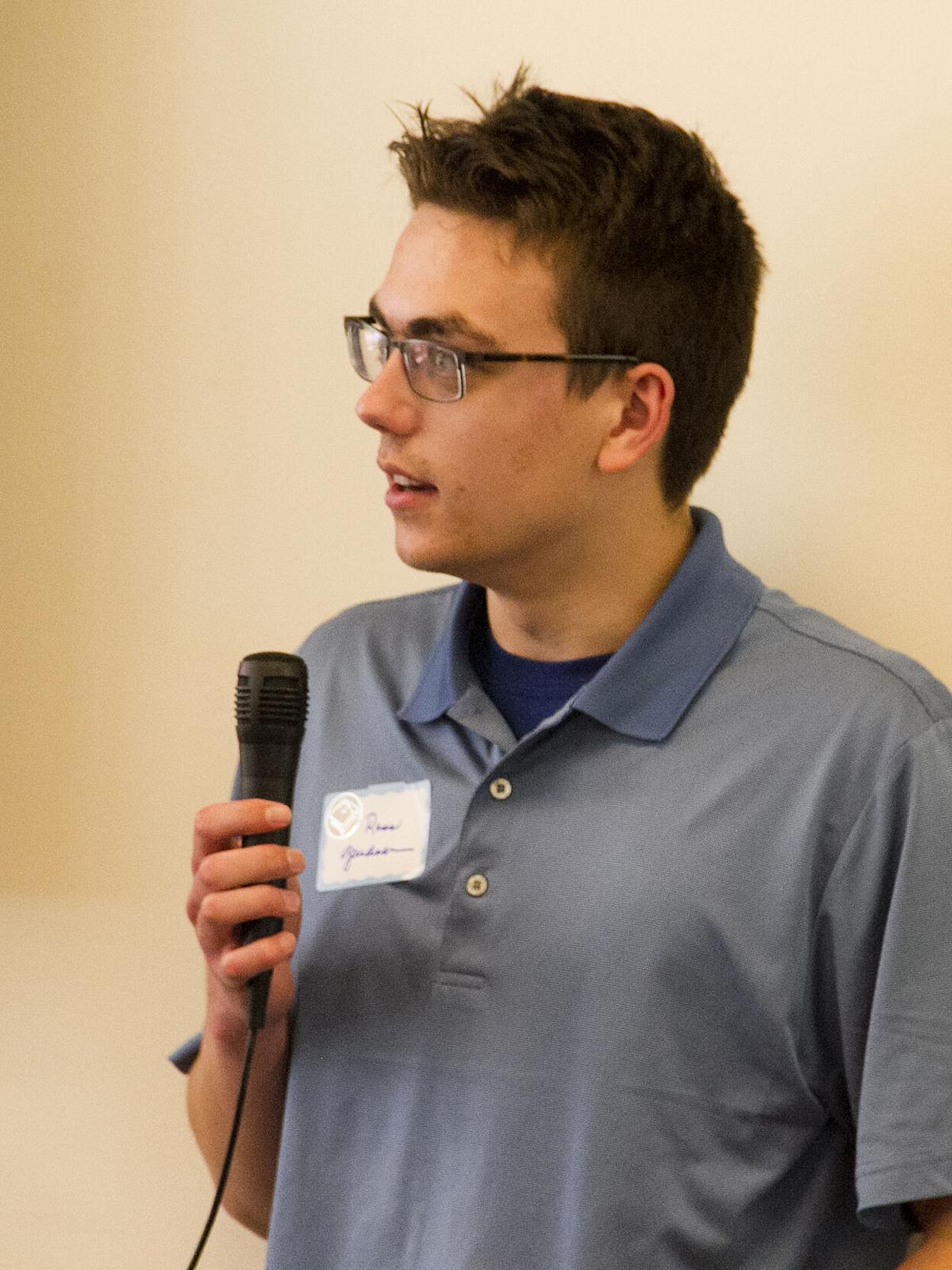 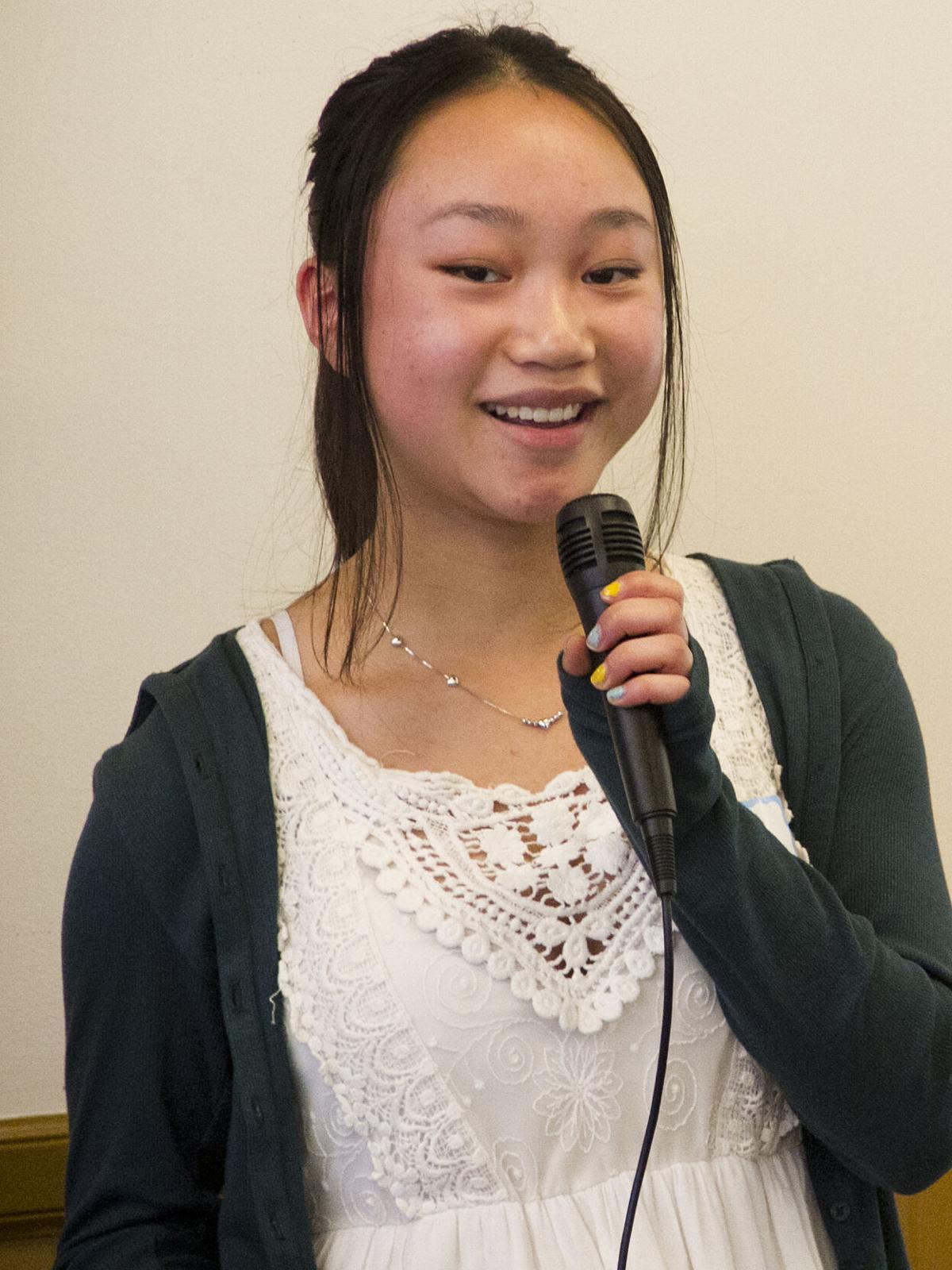 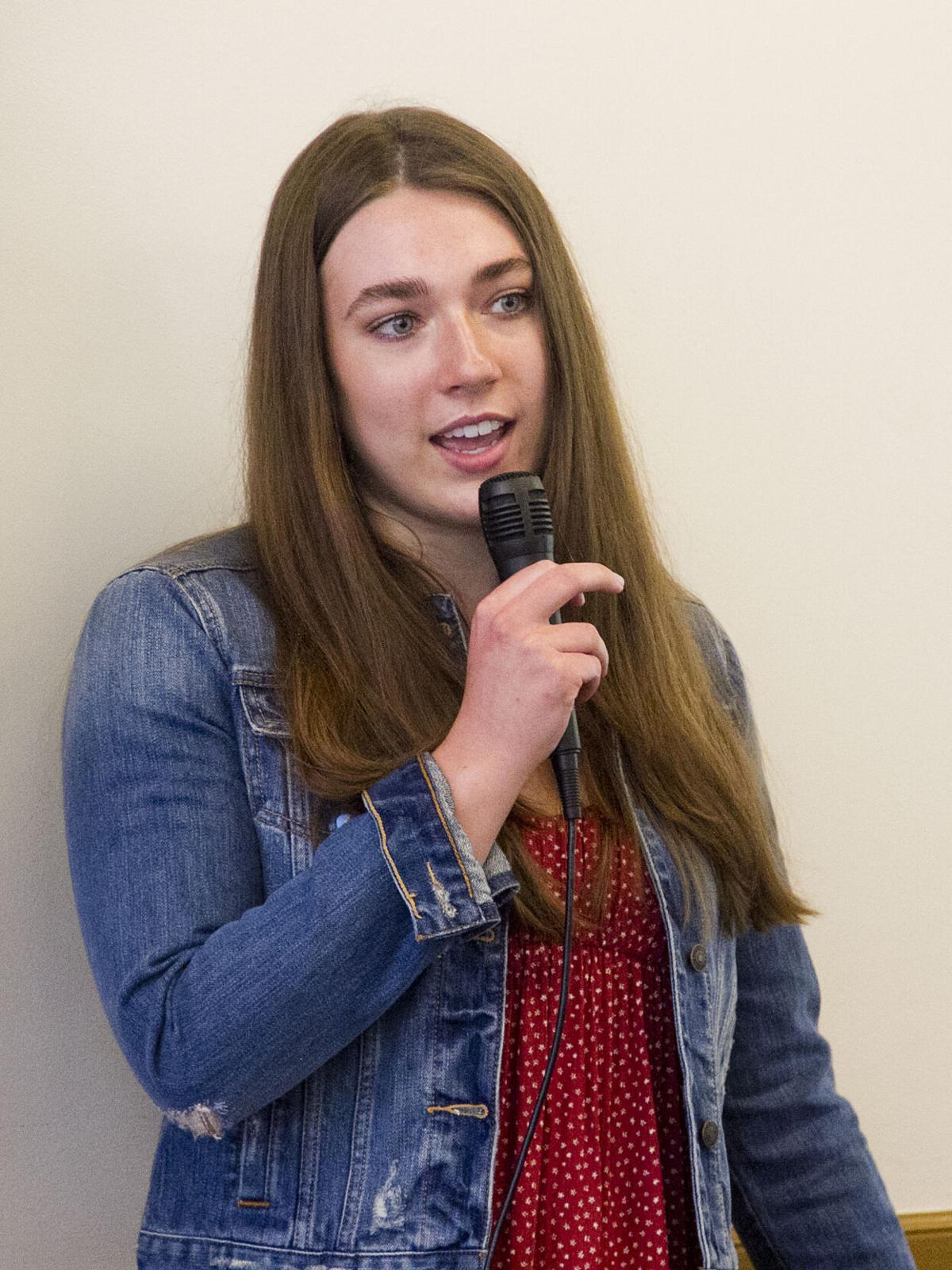 Both traveled a distance to attend the luncheon, as Mia attends Franklin Regional High School in Murrysville and Ross, Shaler Area High School.

They join other scholarship winners in accepting their awards and introducing themselves during the luncheon: Mia DePolo and Haley Qin, Upper St. Clair; Isabella Folino, Peters Township; and Ross Gardner, who lives in Green Tree and attends Central Catholic High School.

“All these students are so outstanding,” said Shirley Tadda, who chairs the club’s scholarship committee. “It’s so hard to make the final selections. We read every application word for word, to be fair to everyone.”

The scholarships are awarded to relatives of club members, and the 2021 recipients have complied promising résumés so far in their academic careers:

She is attending Penn State’s main campus to major in kinesiology, toward a career in prosthetics.

At Clarion University of Pennsylvania, she will study medical imaging.

He also has been awarded an Army ROTC scholarship, starting his sophomore year, and plans to become an officer after graduation.

She is studying applied economics and management at Cornell University.

Scholarships awarded recently by the Woman’s Club of Upper St. Clair include one to Owen Mann, grandson of club member Pat Mann.