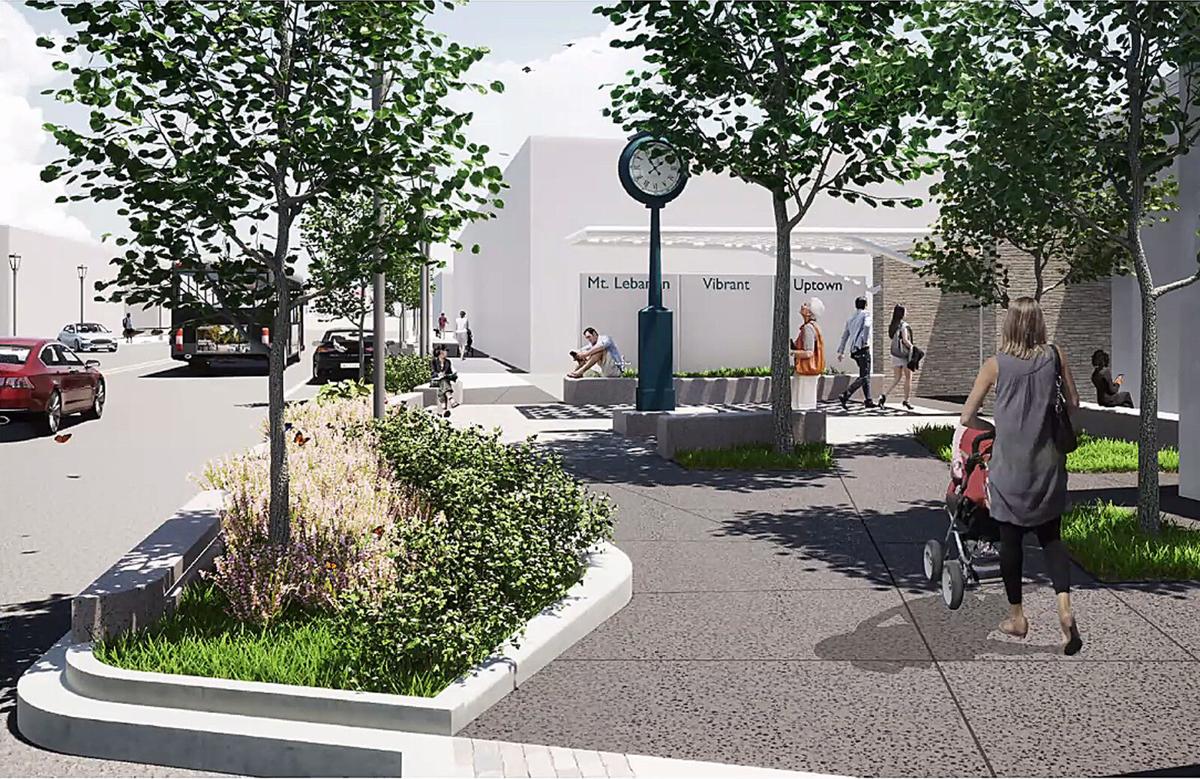 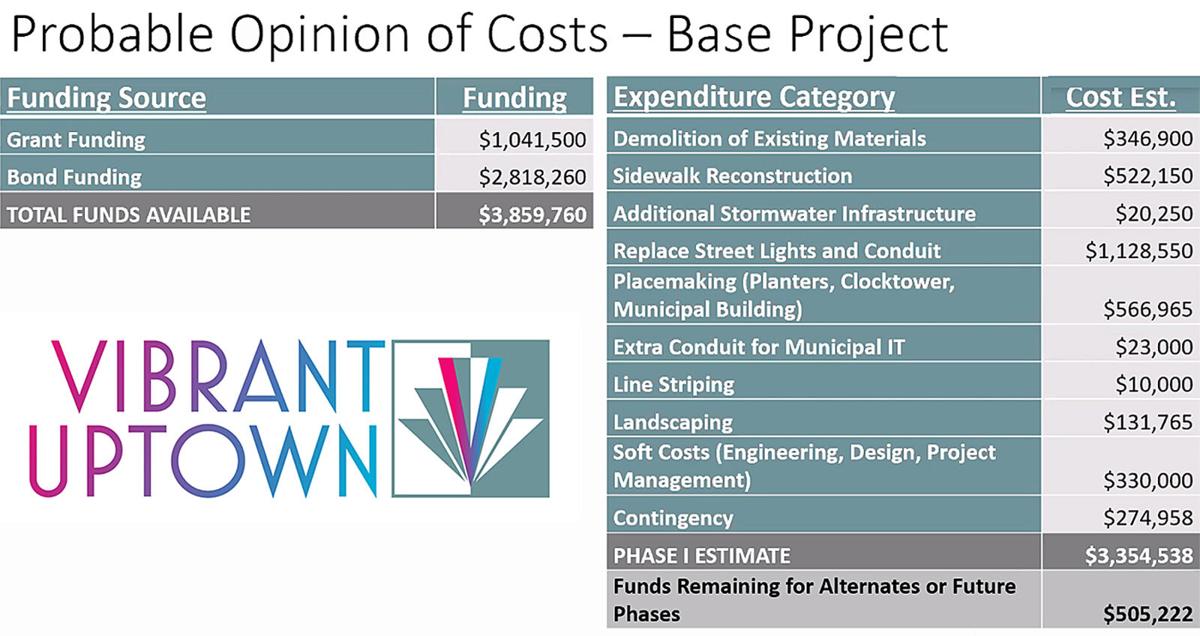 Estimates presented to the Mt. Lebanon Commission by Gateway Engineers

Estimates presented to the Mt. Lebanon Commission by Gateway Engineers

If the schedule goes according to the municipal engineer’s projections, work on Mt. Lebanon’s Vibrant Uptown project could start in the middle of spring.

“Then there’s an estimate of about six to eight months in construction,” Dan Deiseroth, president of Gateway Engineers, said during the Mt. Lebanon Commission’s discussion session conducted Tuesday via Zoom.

He provided an optimistic outlook from the standpoint of the number of bidders for the first phase of the project, which features major upgrades to the Washington Road corridor in the central business district.

“Based upon what we’re seeing in 2021,” he said, “contractors are really looking for nice projects like this. So I think we’ll get great participation, and what I don’t want to do is leave anybody out or not give somebody sufficient time.”

The hope is for optimal pricing for Mt. Lebanon, as a “probable opinion of cost” provided by Gateway shows a Phase I estimate above $3.3 million. Between grant money and proceeds from a 2019 municipal bond issue, some $3.86 million is available for what always has been intended as a multi-phase project.

By consensus, commissioners agreed to proceed with the steps necessary to put the first phase out for bid. Major facets of the work include replacing streetlights and the conduit for electrical equipment, sidewalk reconstruction and what is deemed a “placemaking” expenditure category for installing new decorative planters and other distinctive features.

“We only saw these numbers about a week ago, and it’s higher than I was expecting. I was hoping there would be more money left over for future phases,” Mindy Ranney, commission president, said about the opinion of cost. “So I do hope the bids come in under these estimates.”

A list of “project elements aligned with funding” presented at the commission’s Jan. 26 discussion session shows estimated outlays of about $2.1 million for “Washington Road streetscape,” along with $903,000 for a “placemaking plan” and $553,552 for renovations to Parse Way, the narrow street that accesses the Port Authority of Allegheny County’s Mt. Lebanon light-rail transit station.

During the latest discussion session, Commissioner Craig Grella questioned the viability of the project’s components beyond the first phase, particularly as they relate to his understanding of what “placemaking” entails.

Mt. Lebanon’s website lists “placemaking principles” that include refreshed places for community gathering and interaction. Examples could be better spaces for performances and public art.

Grella referenced a presentation along those lines at the outset of discussions about Vibrant Uptown.

“When we saw that initial presentation and when we decided to allocate money, the conversation was over art and how that shapes the culture of the municipality,” he recalled. “At the time, I think that commission believed that we should put a certain amount of money toward those things, because those things are what – again, at that time – that commission believed we wanted to have here in the municipality.

“I certainly had a good understanding of what placemaking is. That is not present in what I am looking at,” Grella said about the latest allocation for streetlights, sidewalks and planters.

He suggested a concerted effort be made to secure some type of funding for the later phases of Vibrant Uptown as originally envisioned.

“The intent of the placemaking funding, from my understanding, was always labeled as ‘public space activation and enhancements,’” he said.

In that context, much of the first-phase work is designed to improve accessibility while reducing potential sidewalk obstructions.

“One component of placemaking is removing all of the existing concrete planters, which is very expensive,” Ranney said, “and then replacing them with new planters that are in a different layout, that are going to allow for people to congregate more effectively.”

Commissioner Andrew Flynn cited ever-increasing costs as a reason to proceed with the current version of the project.

He addressed Grella’s concerns about following through with the placemaking element with what appears to be limited funding.

“If we pull money back from doing the core project, we can’t take that back. We can’t rebuild sidewalks. We can’t redo conduit. We can’t put in new planters, because that’s what we’re doing right now,” Flynn said. “That’s where we need to invest the money, because that’s the core of the entire streetscape.”