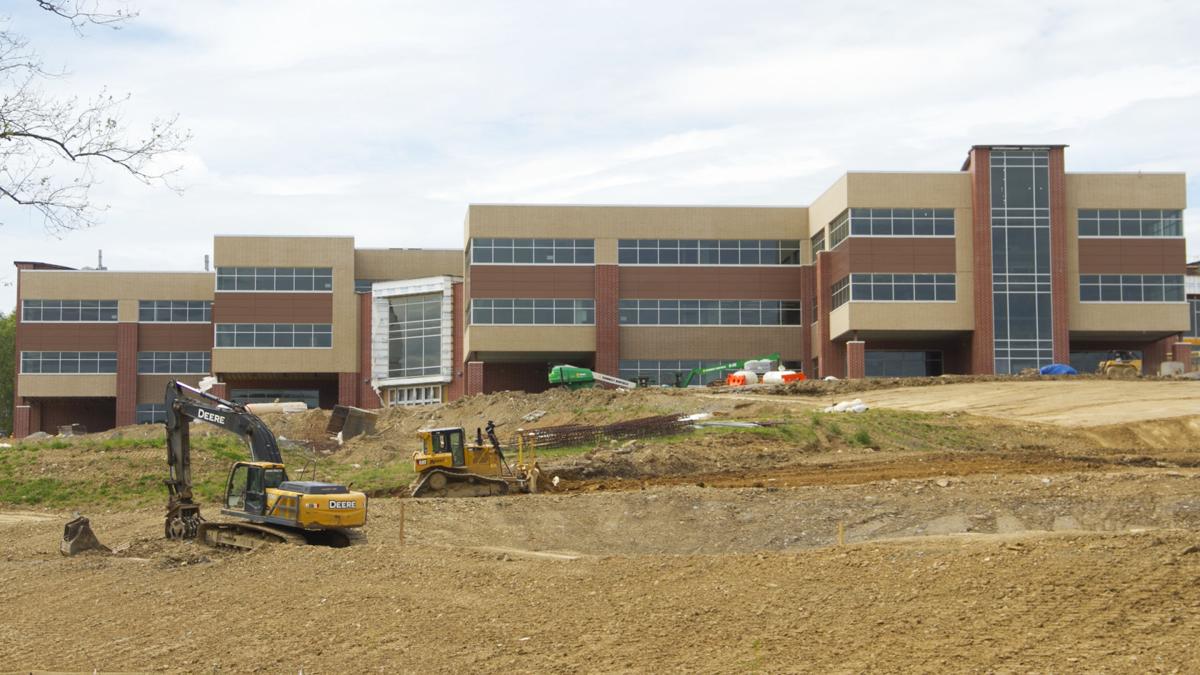 The academic wing of the new Peters Township High School does not appear to be all that far away from completion, as of May 20. 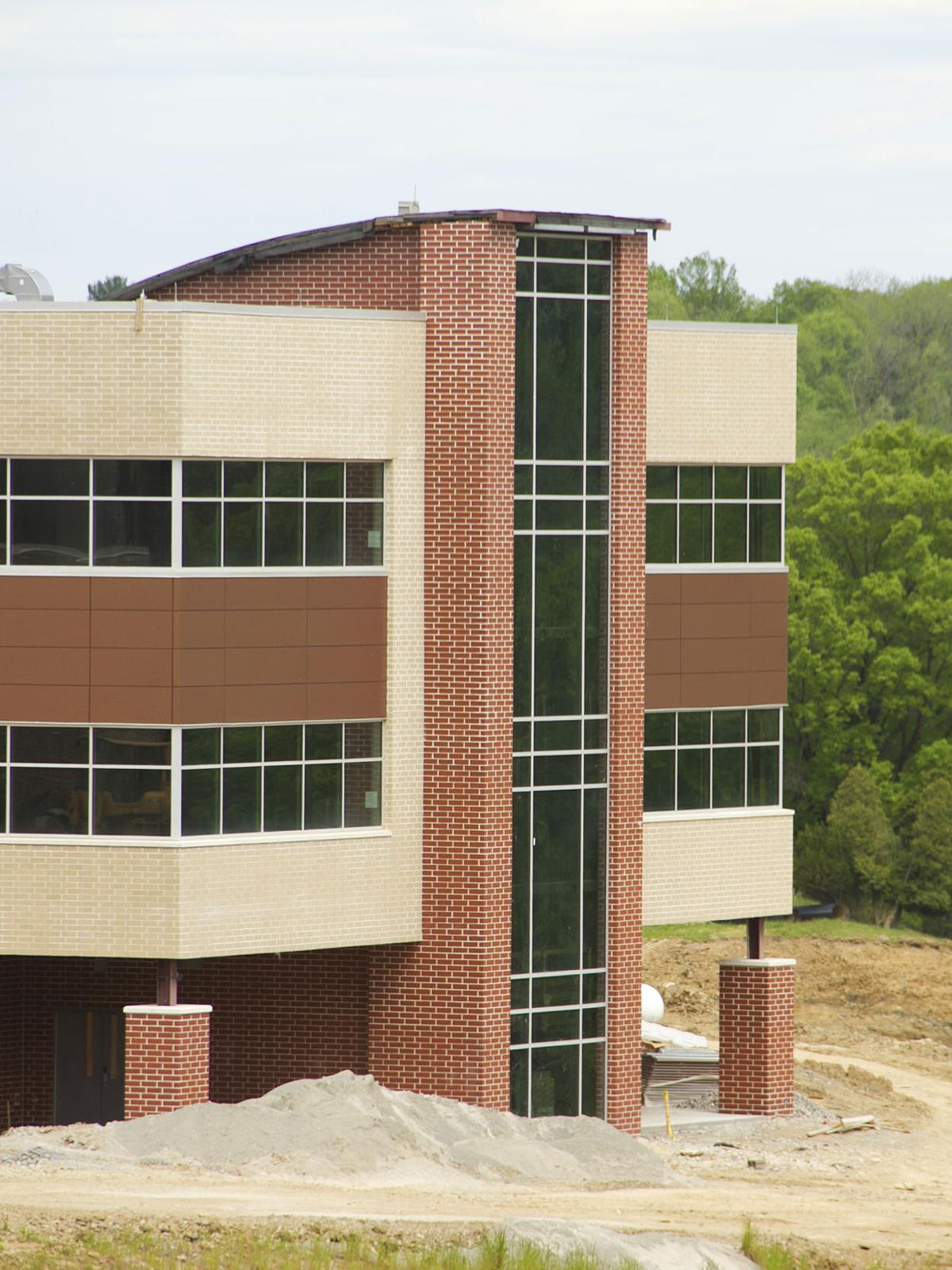 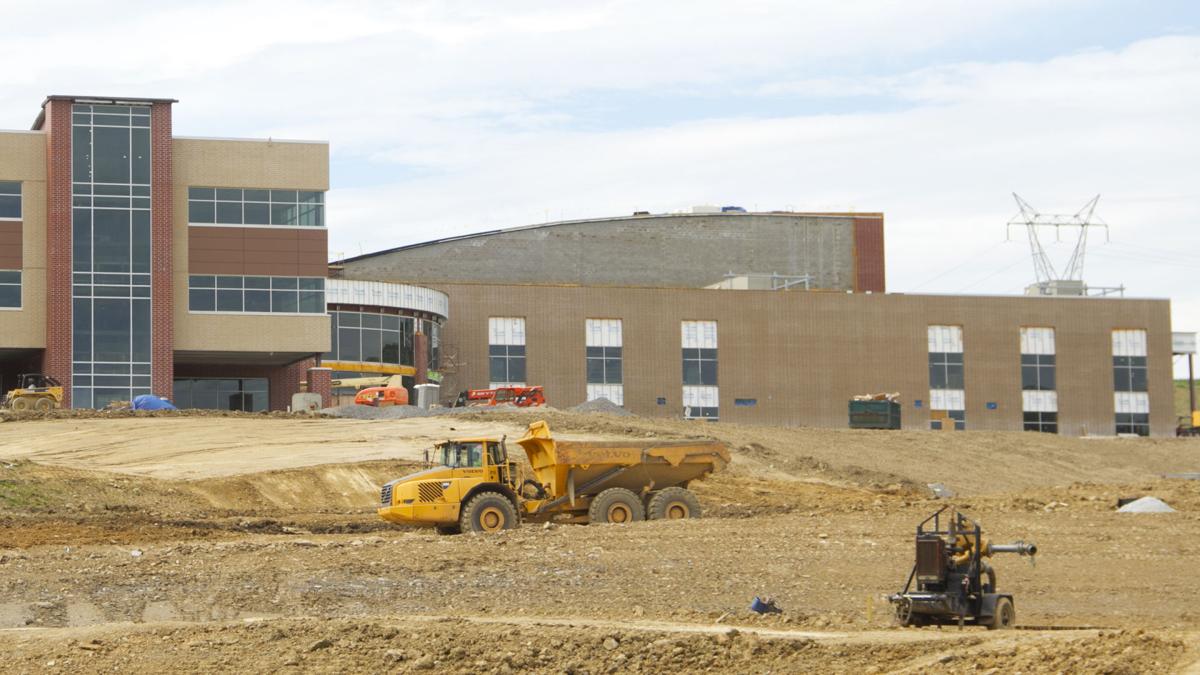 Construction vehicles grade the area in front of the academic wing of the new Peters Township High School. 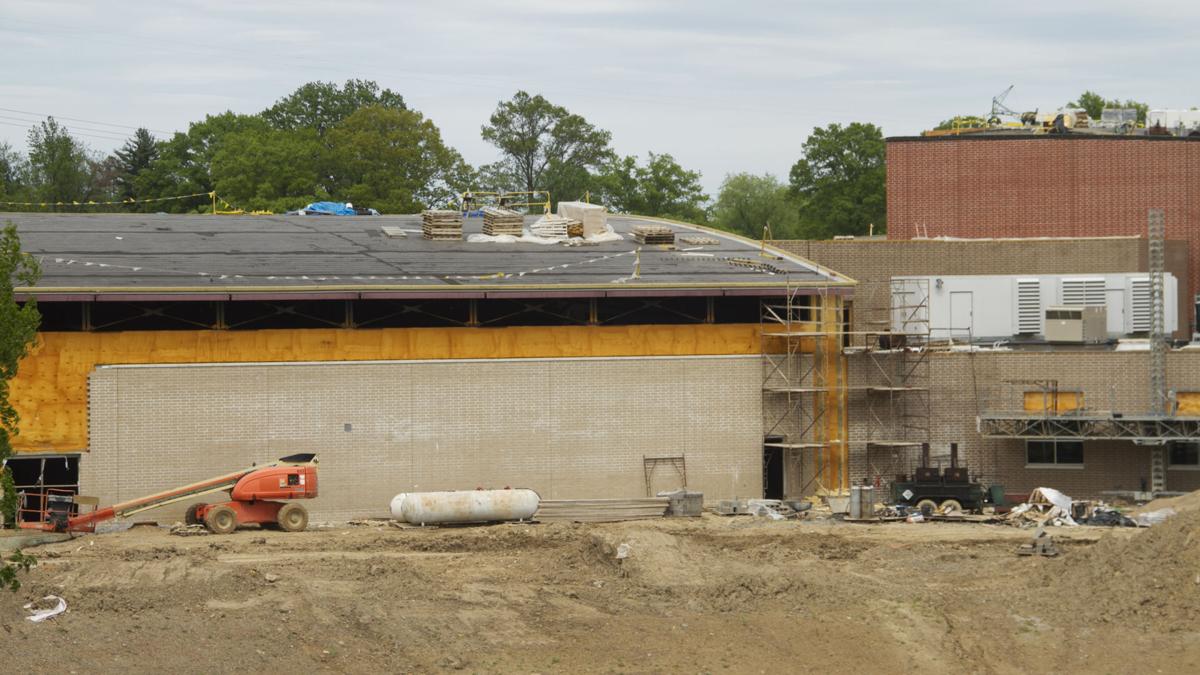 The academic wing of the new Peters Township High School does not appear to be all that far away from completion, as of May 20.

With about five months to go before the scheduled completion of the new Peters Township High School, a representative of the project’s construction management firm provided an update for the school board.

“The project has moved forward despite some difficulties with COVID-19 and getting everybody back on the site,” Roshelle Fennell of Reynolds Construction LLC said Monday. “We are currently about three-quarters of our original workforce.”

As the situation makes its way back toward normalcy, contractors have been discussing ways to catch up with the pandemic-related suspension of activities for a couple of weeks in late March and early April.

“I think there are some things we can do a little differently than what was originally scheduled,” Fennell said during the school board’s meeting, which was conducted by videoconference. “Some of the stuff was already behind before this started, and we have had conversations with some of the contractors of what they’re going to have to do to make up some of that time prior.”

Also, health-related measures are being taken to avoid risking the site being shut down again.

“We have started taking temperatures of the workers as they’re coming on site, as a precaution, along with asking them some questions in the morning to make sure everybody is healthy and safe to come to work,” Fennell told the board.

In the meantime, certain aspects of the project are moving forward optimally, as the Rev. Jamison Hardy, a school board member, said he observed on a site visit last weekend.

“I’m very happy with what I saw in the academic wing, given the circumstances that we have. They’re really moving now, and I think we have a chance, still, on this project,” he said about meeting scheduled goals, including moving students and staff members from the current high school to the new building at the start of 2021.

Following that process, the current school will undergo renovations for use as the district’s middle school, which in turn will lead to another move and leave vacant the building that now serves seventh- and eighth-graders.

Regarding the under-construction high school, the board Monday approved a $1.18 million appropriation to furnish it, prompting a question about what will become of the furniture in the current middle school.

“We will do a whole evaluation of what’s at the middle school versus what is at the high school and keep the best remaining furniture,” Jennifer Murphy, the district’s deputy superintendent, said. “Some at the middle school is a little bit outdated and some at the high school is a little outdated. So we’ll make a concerted effort to make sure we choose what’s best.”

Another school board action was to approve the installation of eight site lighting fixtures, concrete bases and all related wiring along the “southern road” being built at the new high school. The cost is $89,632.

Board members had discussed the possibility of solar-powered lighting. But the initial price tag would have been about $96,000, with additional costs for battery replacement in later years.

Ron Dunleavy, who chairs the board’s buildings and grounds committee, pointed out that the requisite technology has yet to be used widely for such a purpose.

“If you drive around, you don’t see these lights installed anywhere yet. So I do not want to be the guinea pig or the beta site,” he said.

“And also, there would be no wires whatsoever to go into those lights. They are strictly just on the battery on that particular light. So in the future, if we ever wanted to put a different kind of light fixture there, we would still have to struggle to get a conduit and wire all the way out to that road.”