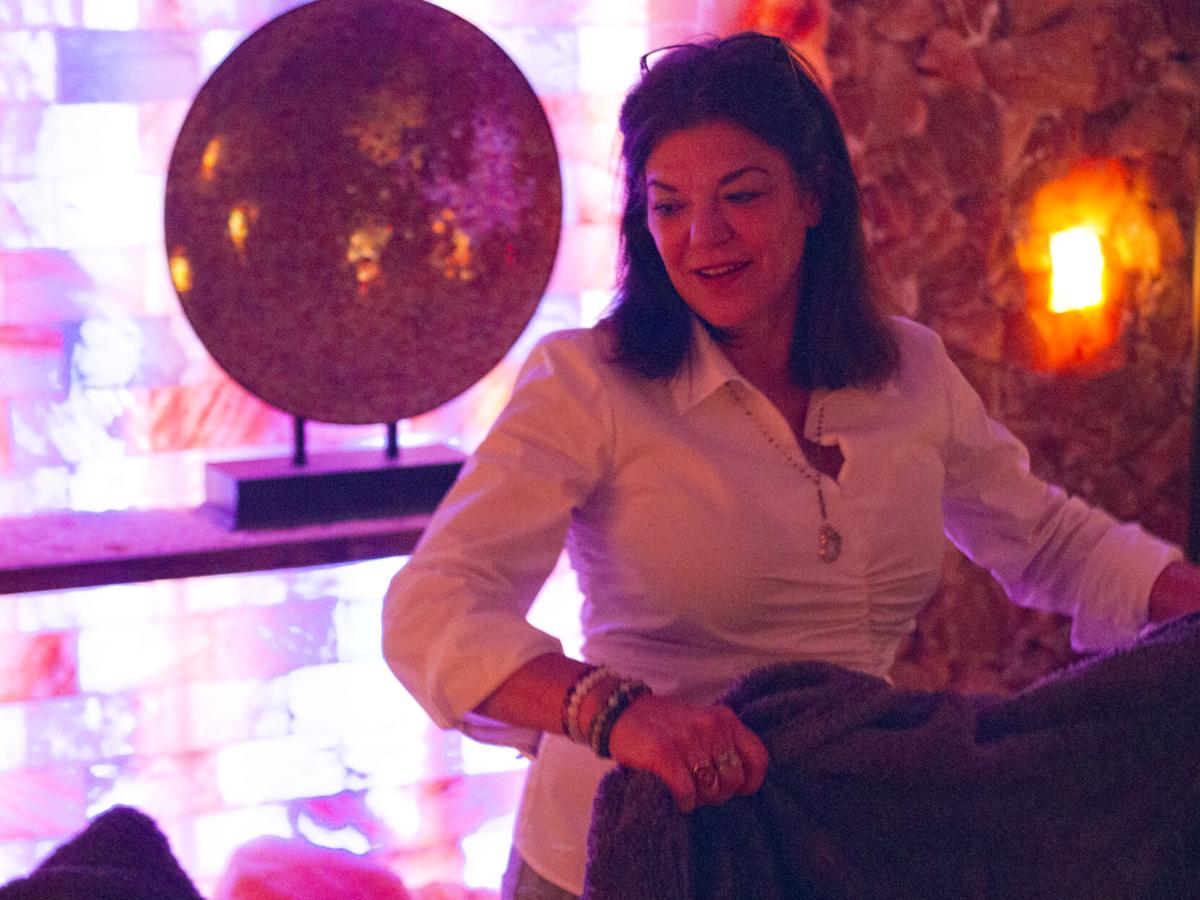 Lisa Mascara covers a patron with a blanket during a session in the salt cave. 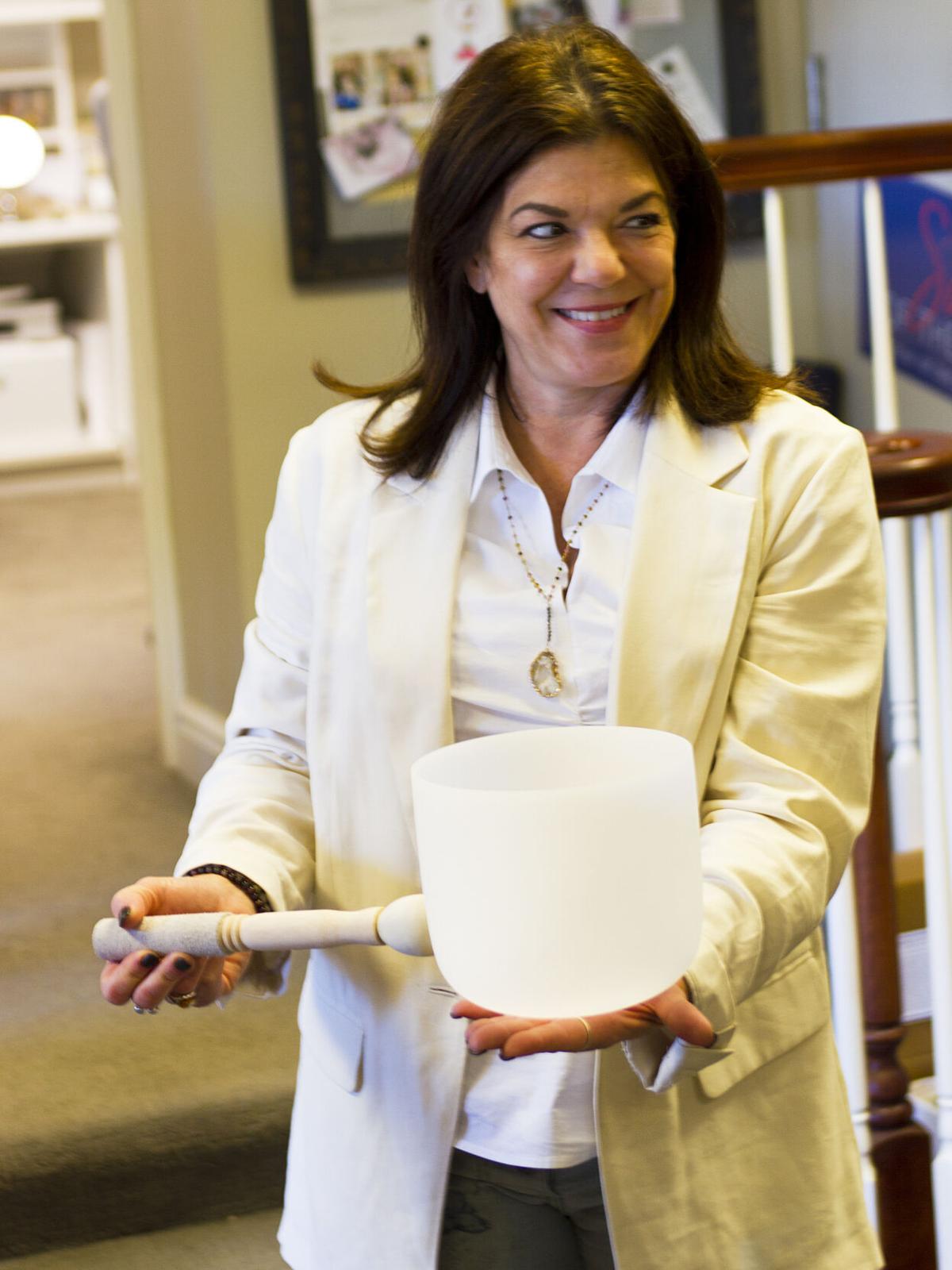 Lisa Mascara demonstrates the sound made by a therapeutic singing bowl. 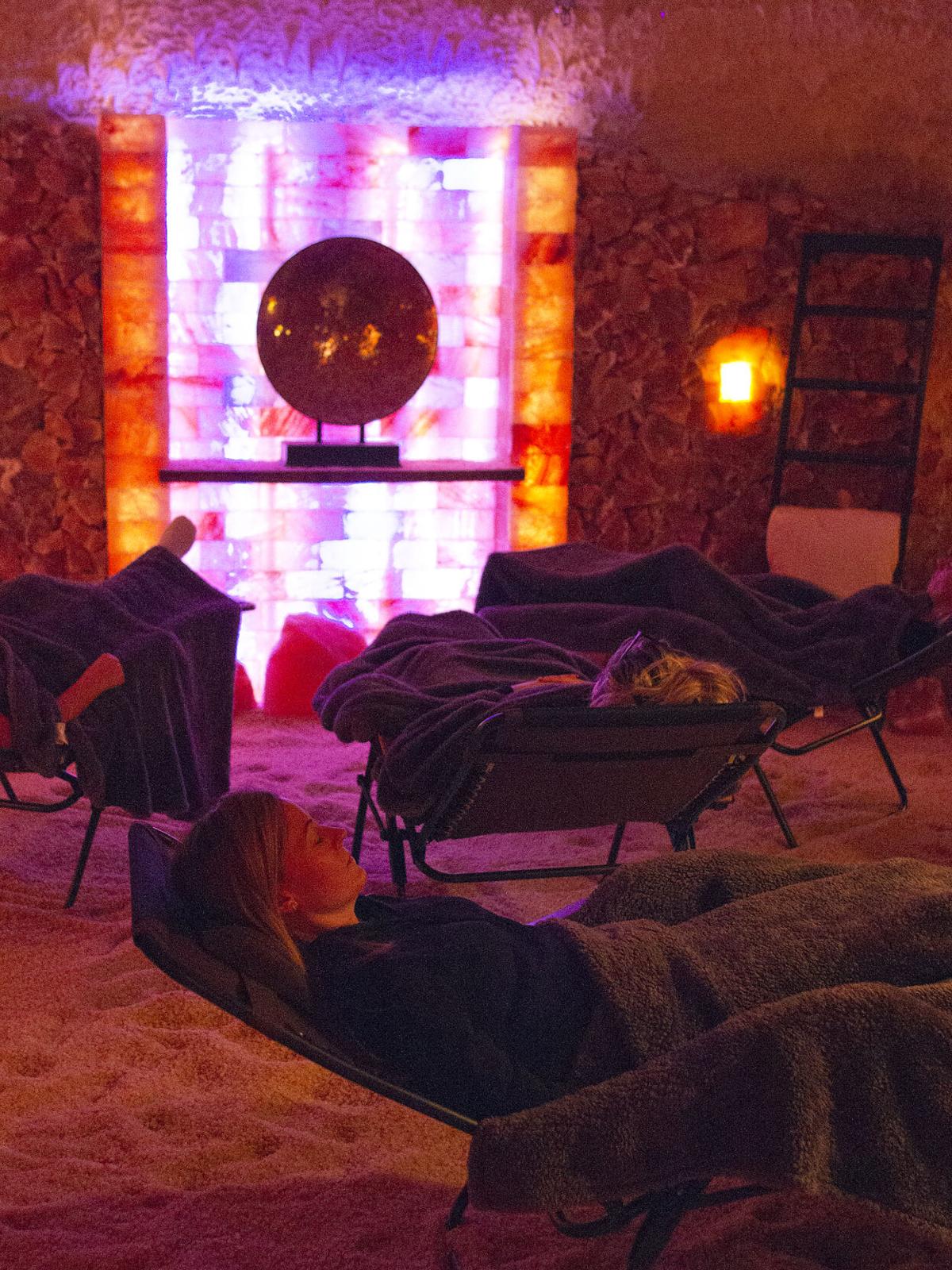 Patrons relax inside Salt of the Earth's salt cave. 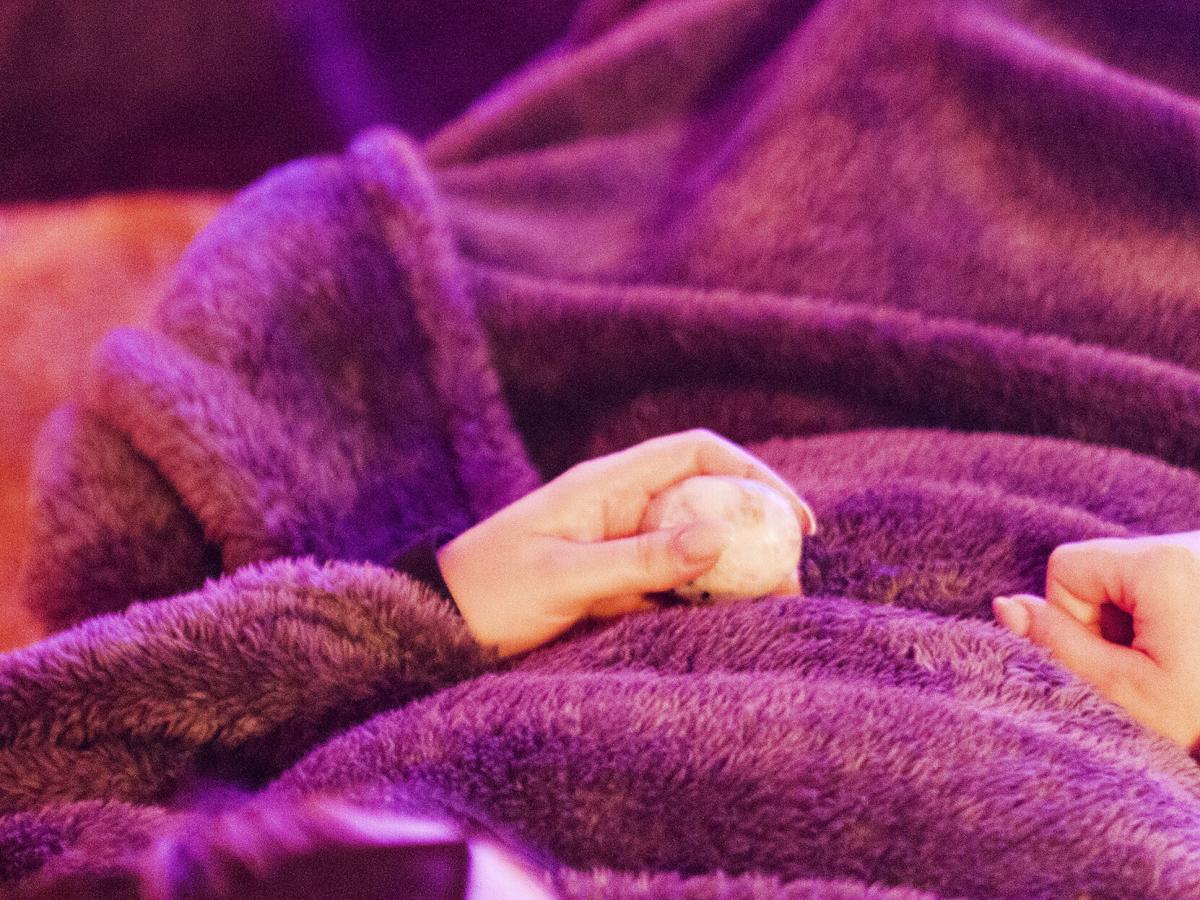 A patron holds a crystal during a session in the salt cave. 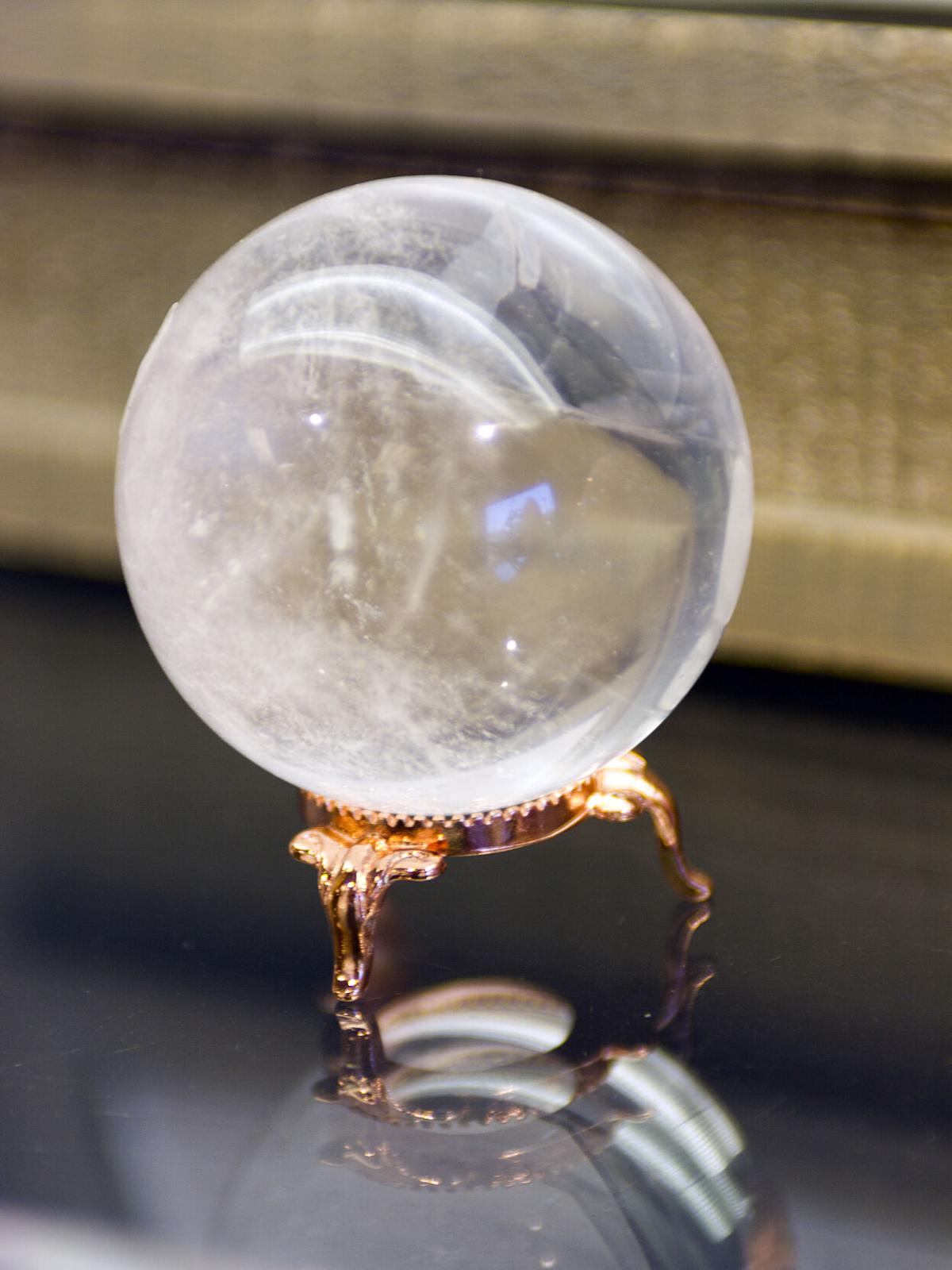 A crystal sphere is among the items in Salt of the Earth's boutique. 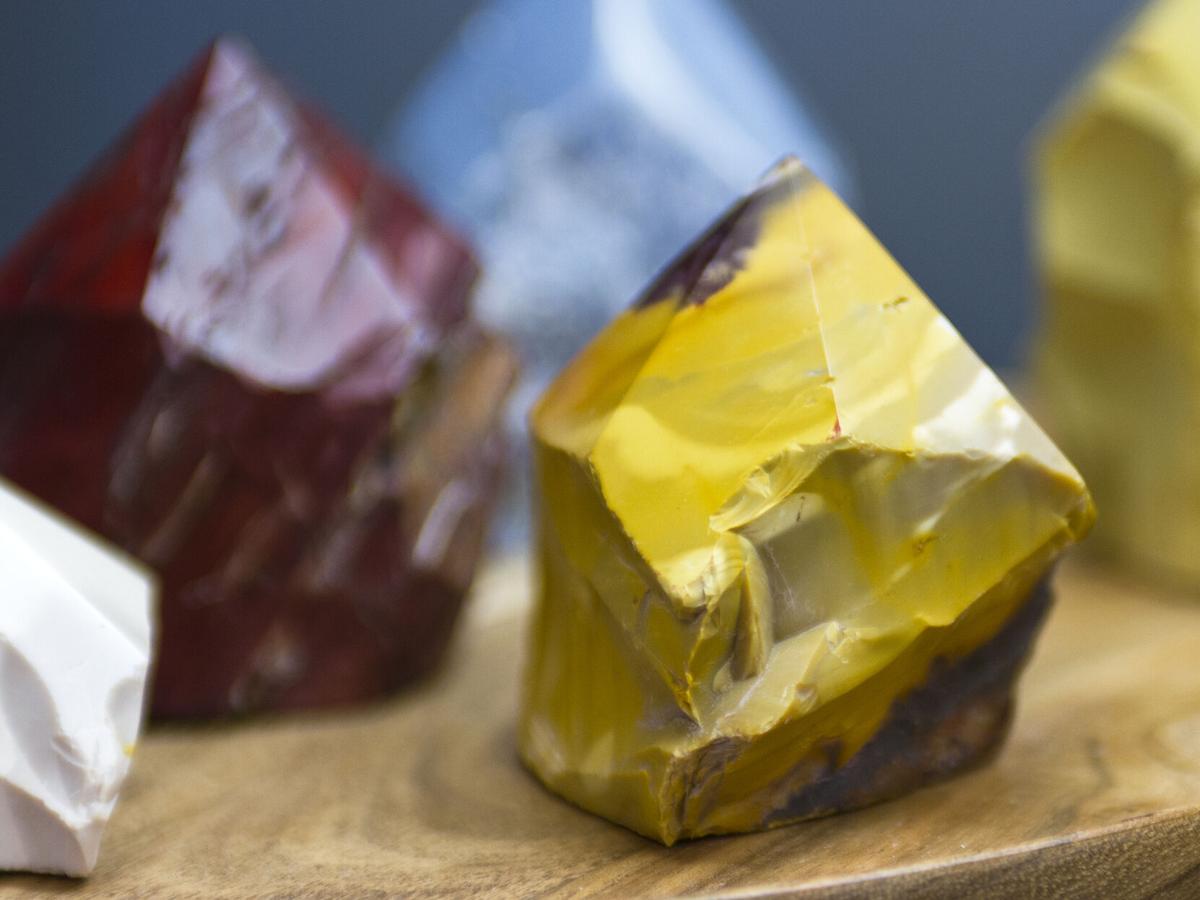 Chakra crystals are among the items sold in Salt of the Earth's boutique. 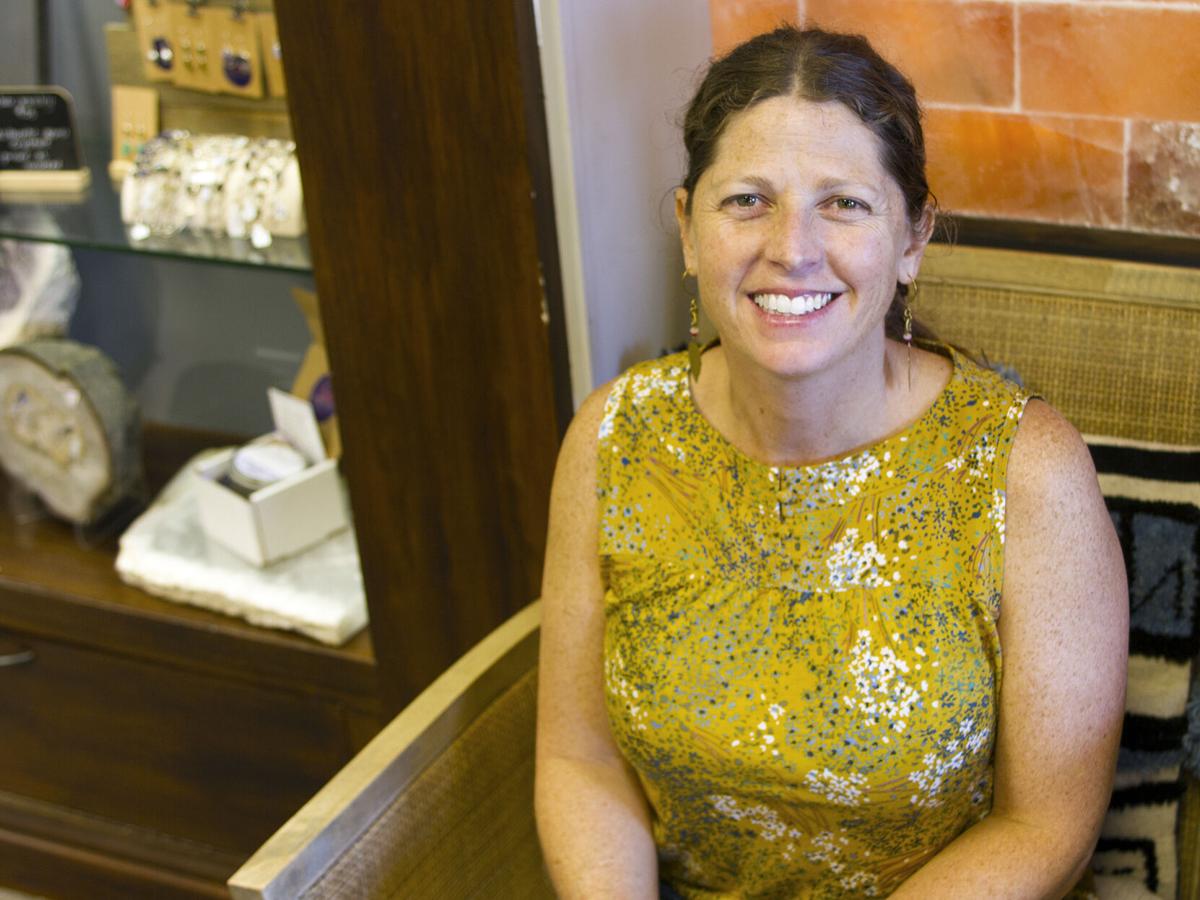 Jennifer Guyton of North Strabane Township is a licensed practitioner of cellular healing, with is among the services offered at Salt of the Earth. 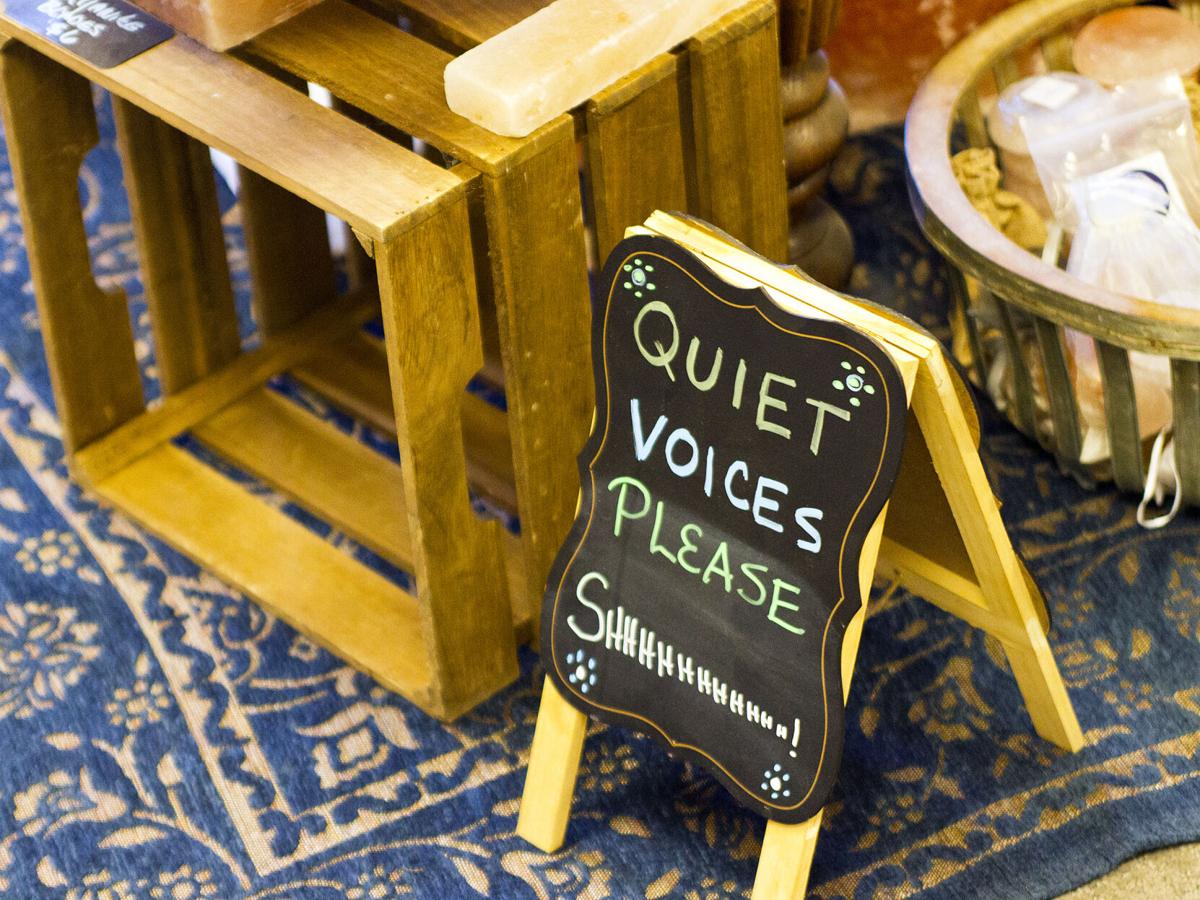 A relaxing atmosphere always is sought at Salt of the Earth.

Lisa Mascara covers a patron with a blanket during a session in the salt cave.

A crystal sphere is among the items in Salt of the Earth's boutique.

Chakra crystals are among the items sold in Salt of the Earth's boutique.

Jennifer Guyton of North Strabane Township is a licensed practitioner of cellular healing, with is among the services offered at Salt of the Earth.

A relaxing atmosphere always is sought at Salt of the Earth.

In the mid-19th century, a Polish physician noticed workers in salt mines tended not to suffer from respiratory issues.

As a result, Dr. Feliks Boczkowski began advising patients to go underground to breathe salt-enriched air in chambers that became known as salt caves. Since then, what originally was called speleotherapy, now generally referred to as halotherapy, continues to be common throughout much of Europe.

The practice may be relatively new to the United States, but a pair of entrepreneurs brought it to Peters Township, by way of where it all began.

When Lisa Mascara and T.J. Gentile opened Salt of the Earth in 2018, they did so with a salt cave of their own, designed and built by a company from Poland.

The “cave” actually is a spacious room in the back of the Valley Brook Road business, featuring 16 tons of premium Himalayan salt, which is valued for its high percentage of pure sodium chloride.

“The salt is naturally anti-bacterial, anti-fungal, anti-inflammatory,” Mascara said. “As you breathe it in, it tends to cleanse your respiratory system and helps to detox the body. It gives us another tool for our bodies to function optimally.”

She spoke to a group of patrons who were preparing for a 45-minute session inside the 72-degree cave, covered by blankets on comfortable chairs while listening to soothing music and the placid sound of a waterfall, the lighting all the while kept to a minimum.

“We are different than most caves you find in the U.S. in that we don’t use a generator for salt to the air. We use the recirculated salt water. It’s very organic. It’s very gentle and peaceful, and it’s less harsh on the system,” she said.

Plus, as at least one participant can attest, it doesn’t damage contact lenses.

She and Gentile will admit to not knowing much about salt caves before taking that particular plunge. But it has become the centerpiece of their original vision of creating an alternative healing center.

“I wanted to expand the holistic world in a comfortable way,” Mascara said. “A lot of places have a mystical kind of approach that can be intimidating.”

By contrast, Salt of the Earth’s atmosphere is inviting, with a colorful boutique in the front section featuring the likes of crystals and gems, jewelry, lamps, and bath and body products.

In addition to sessions in the salt cave, the Valley Brook Road business has offerings that include massages and Reiki, meditation classes, restorative yoga and various types of healing.

“We’ve had a lot of growth, a lot of success,” Mascara said. “It’s really been amazing, honestly.”

A loyal patron for two-and-a-half years has been Peters Township resident Tammi Gavlik, who is a particular fan of the salt cave.

“It makes me relax for at least 45 minutes on a busy day,” she said.

She also attributes her time in the cave to helping overcome a couple of medical conditions: plantar fasciitis, one of the most common causes of heel pain, and rosacea, a chronic skin condition that results from increased blood flow to the face.

“At one point I wondered, is it really making a difference?” Gavlik recalled. “COVID happened, and the cave was shut down for a couple of months. I didn’t come over. And then I came back, and I was amazed at how much better I felt just by getting back into that routine.”

Her cave routine is a bit uncommon for Salt of the Earth.

“I am probably one of the very few people who come here and lie in the salt,” she said. “I bring my own pillow, bring my own blanket. I find a corner, and I lie directly in the salt. I think that has some additional benefits.”

The benefits of halotherapy remain a subject of debate, but Mascara said she has noticed a change in attitude as far as its relationship to Western medicine.

“I see more and more doctors accepting of this role, not in lieu of but in addition to,” she said. “And it just makes people more comfortable.”