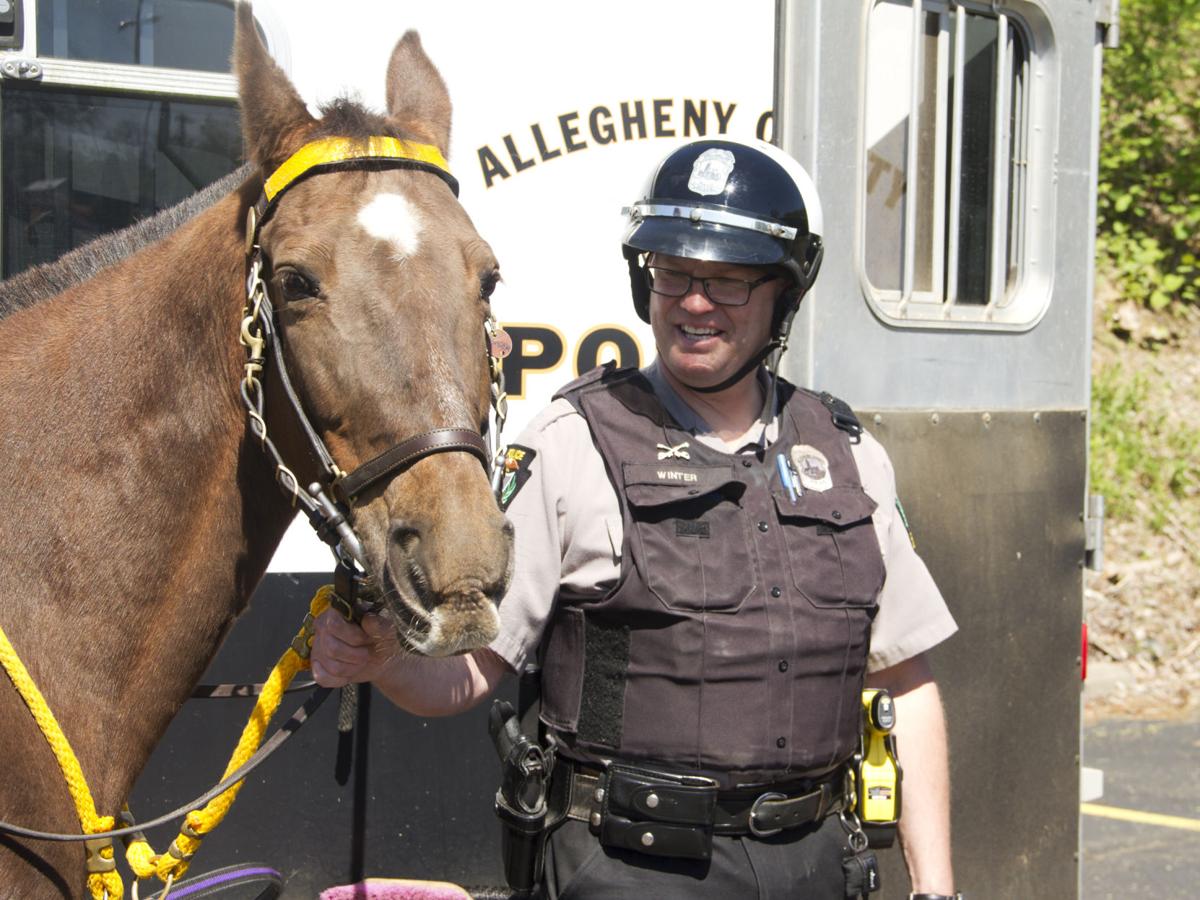 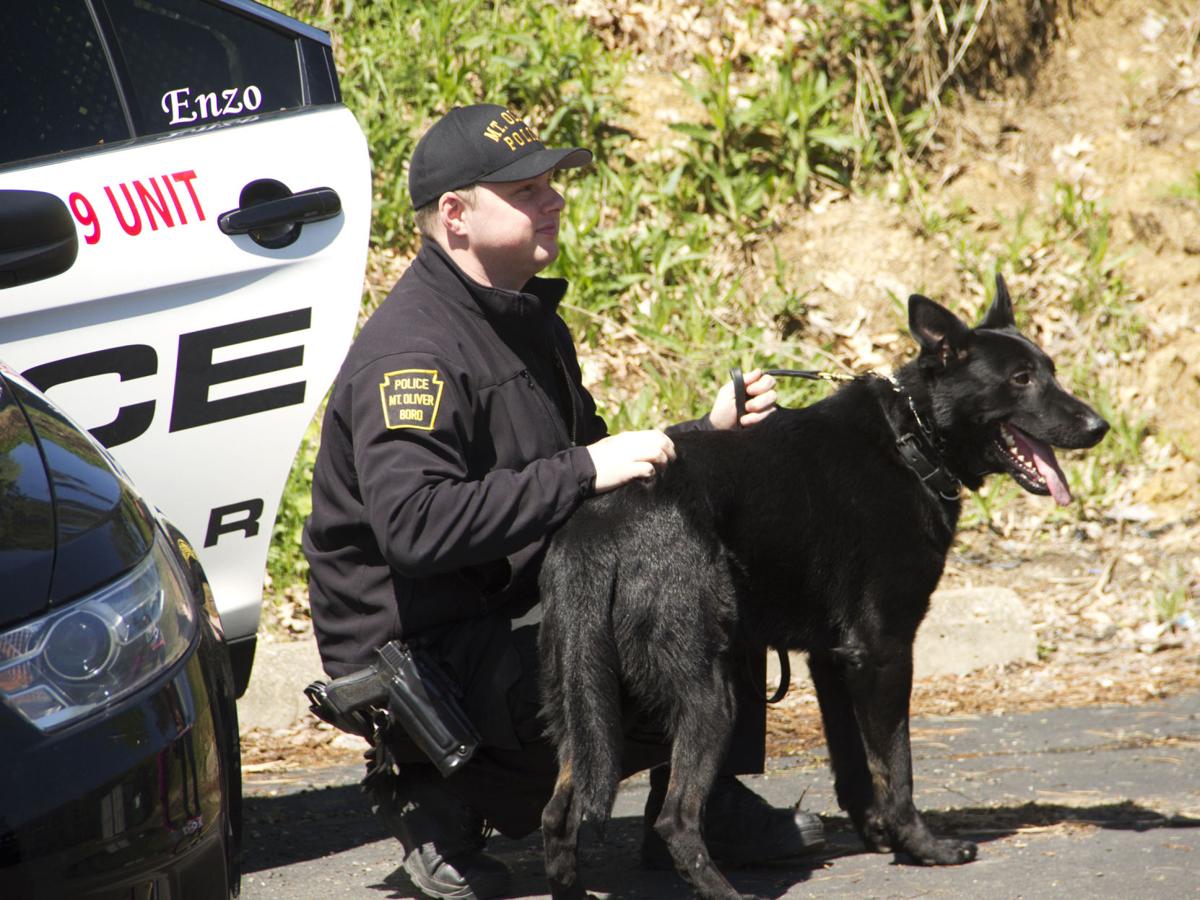 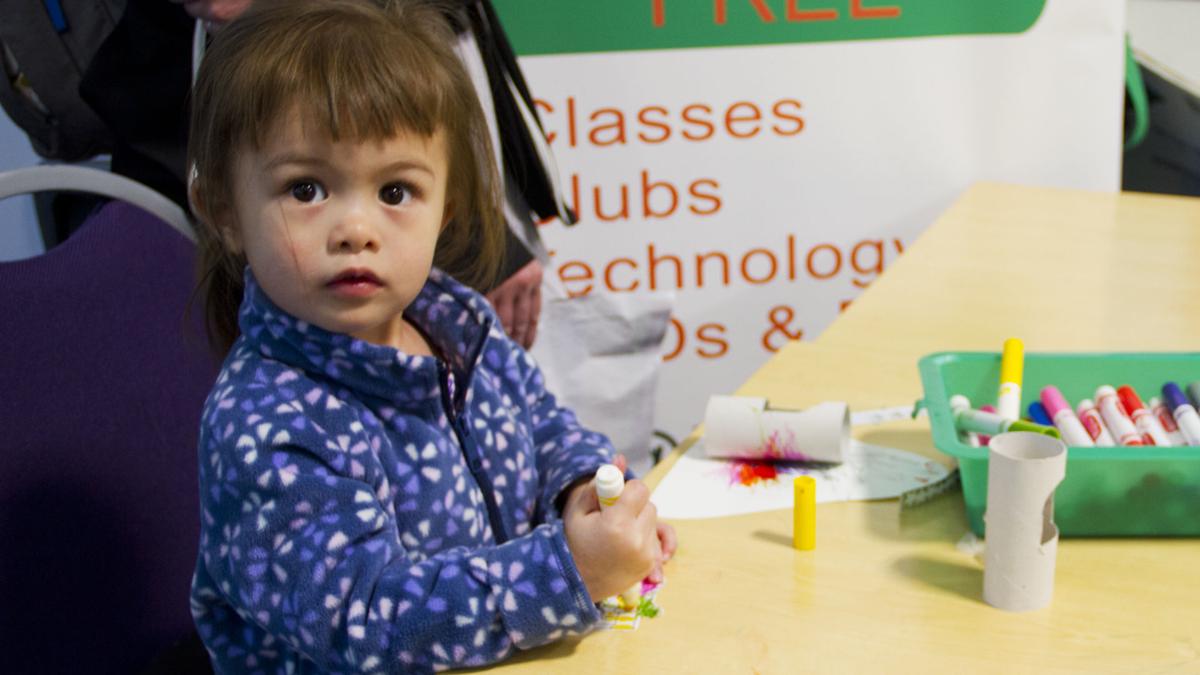 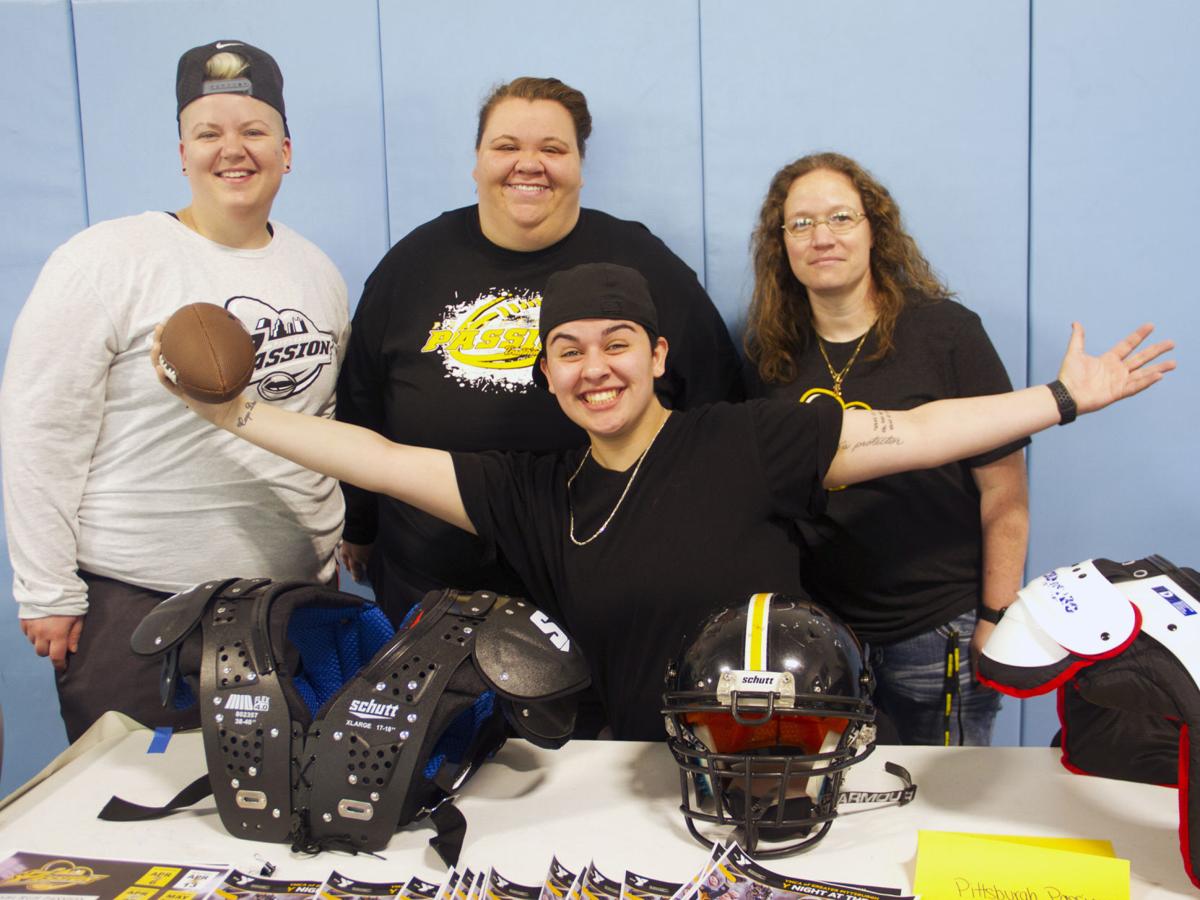 Members of the Pittsburgh Passion visiting the YMCA were, from left, Morgan Cross, Samantha Simeone, Melinda Procoffie and Lizz Costanzo. 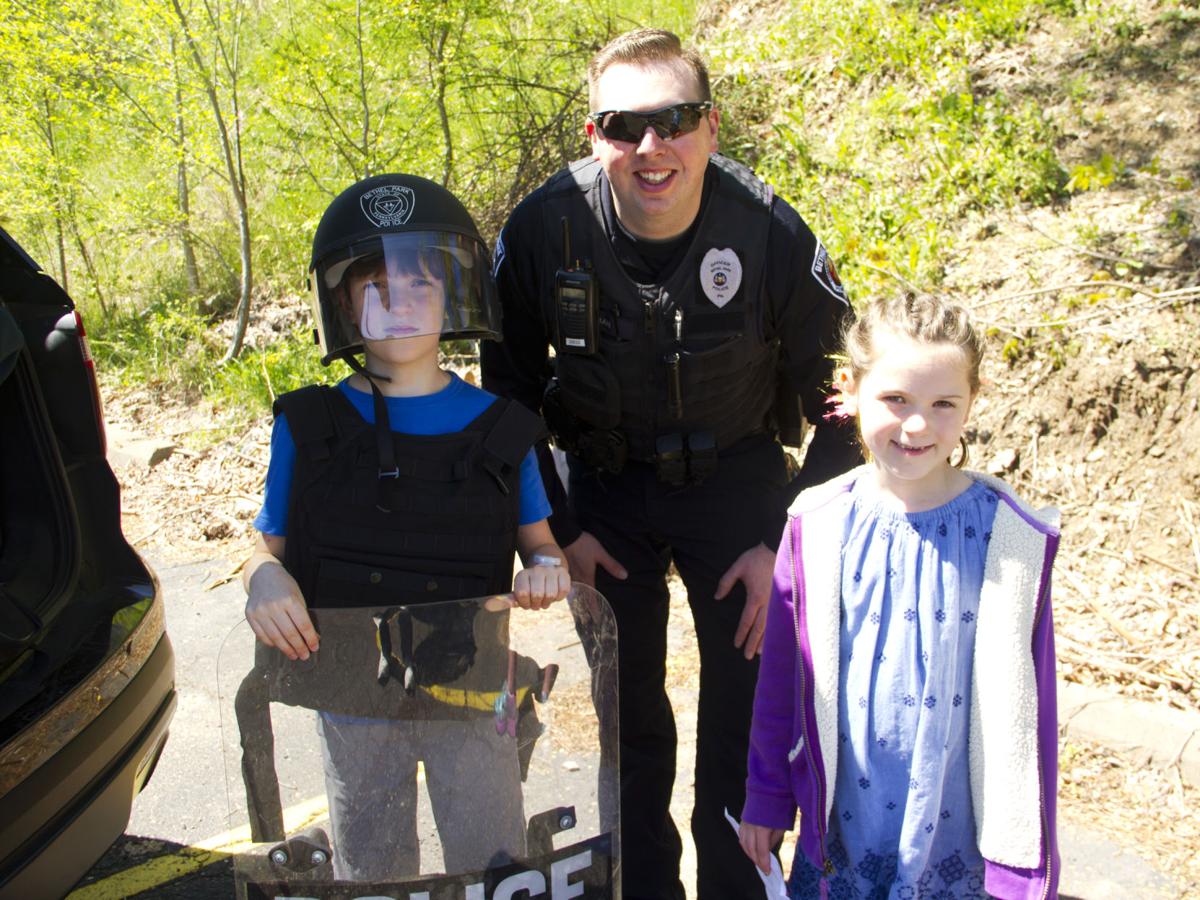 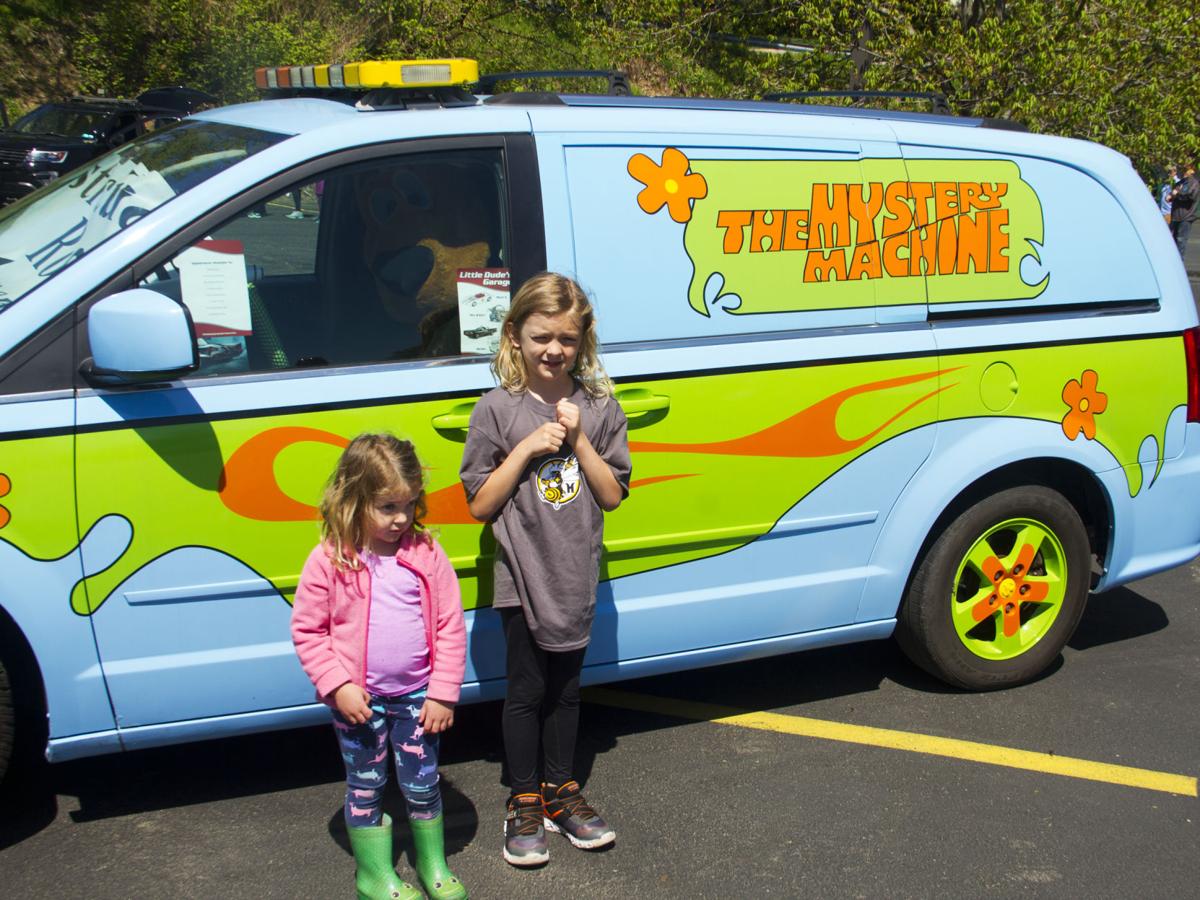 Checking out Scooby Doo’s Mystery Machine, which actually is a Ford Econoline van, are Arabella, left, and Lincoln Zoet. 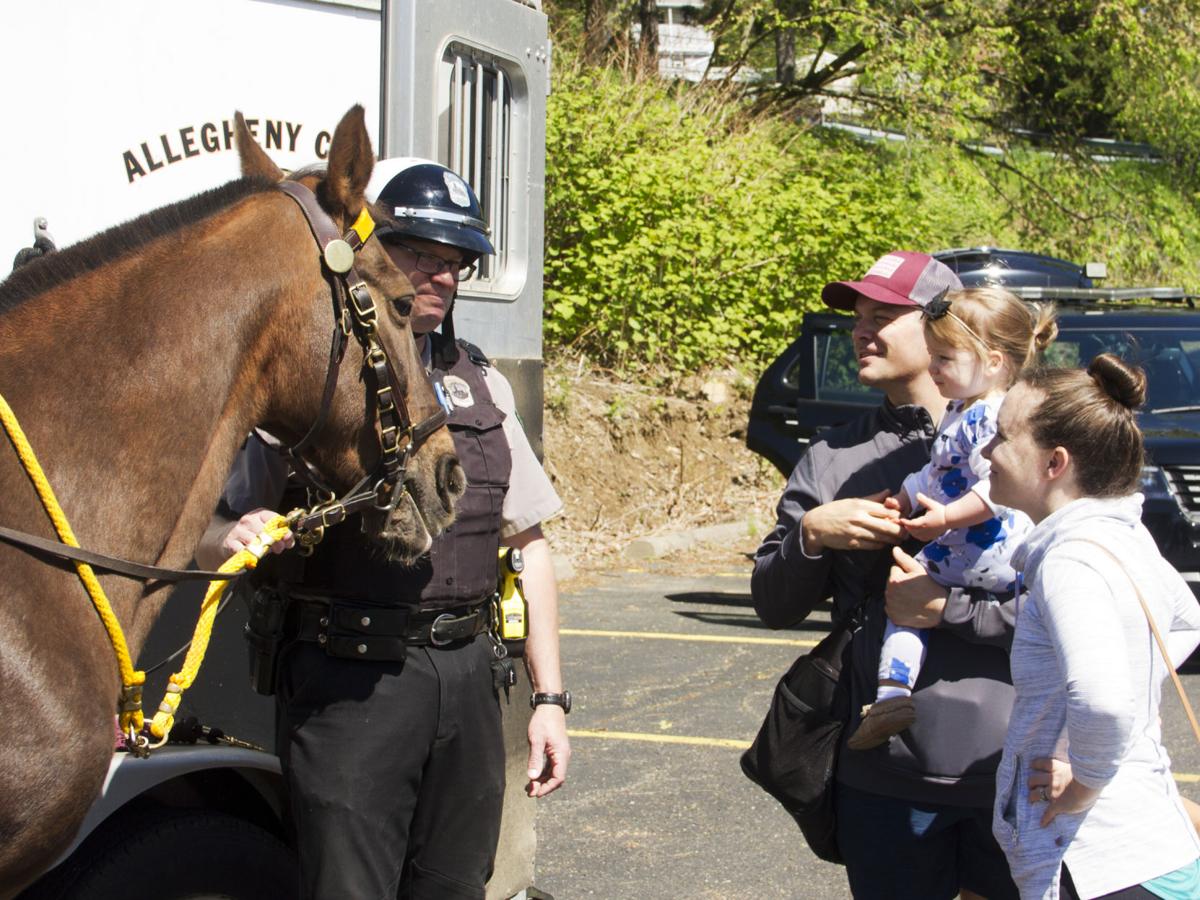 Members of the Pittsburgh Passion visiting the YMCA were, from left, Morgan Cross, Samantha Simeone, Melinda Procoffie and Lizz Costanzo.

Checking out Scooby Doo’s Mystery Machine, which actually is a Ford Econoline van, are Arabella, left, and Lincoln Zoet.

Today’s youngsters probably aren’t all that familiar with the expression “healthy as a horse,” but some of them had the opportunity to meet a fine specimen during Healthy Kids Day at Spencer Family YMCA in Bethel Park.

Among the guests at the April 27 event was Ginger, an 18-year-old Tennessee Walker mare accompanied by Officer Andy Winter of the Allegheny County Police Mounted Unit in South Park. Ginger has been with the county since 2008 and, because of her relatively small size and gentle demeanor, is the go-to horse for visits with children.

Nearby was Enzo, from Mt. Oliver Borough Police Department’s K-9 Unit, ready to greet youngsters and their families with Officer Tom Snyder.

Cooperative weather for late April allowed quite a few Healthy Kids Day activities to take place outdoors, and inside the YMCA was a lot more for children to see and do.

“Today is a day to celebrate families and kids, and share some ways in which you can lead healthy lifestyles,” said Ken Soliday, YMCA of Greater Pittsburgh regional executive director. “While we’re all about health and well-being and community service every day at the YMCA, this is a special day that we set aside every year.”

Members of the Pittsburgh Passion women’s professional football team, which had a home game later in the day at Joe P. DeMichela Stadium in North Fayette Township, also took part in the event. The Passion improved to 2-1 on the season by defeating Grand Rapids, 53-0, for the 48th shutout in the team’s 17-year history.

In May, Spencer Family YMCA will mark two years since opening at the former BladeRunners ice complex near Bethel Park High School.