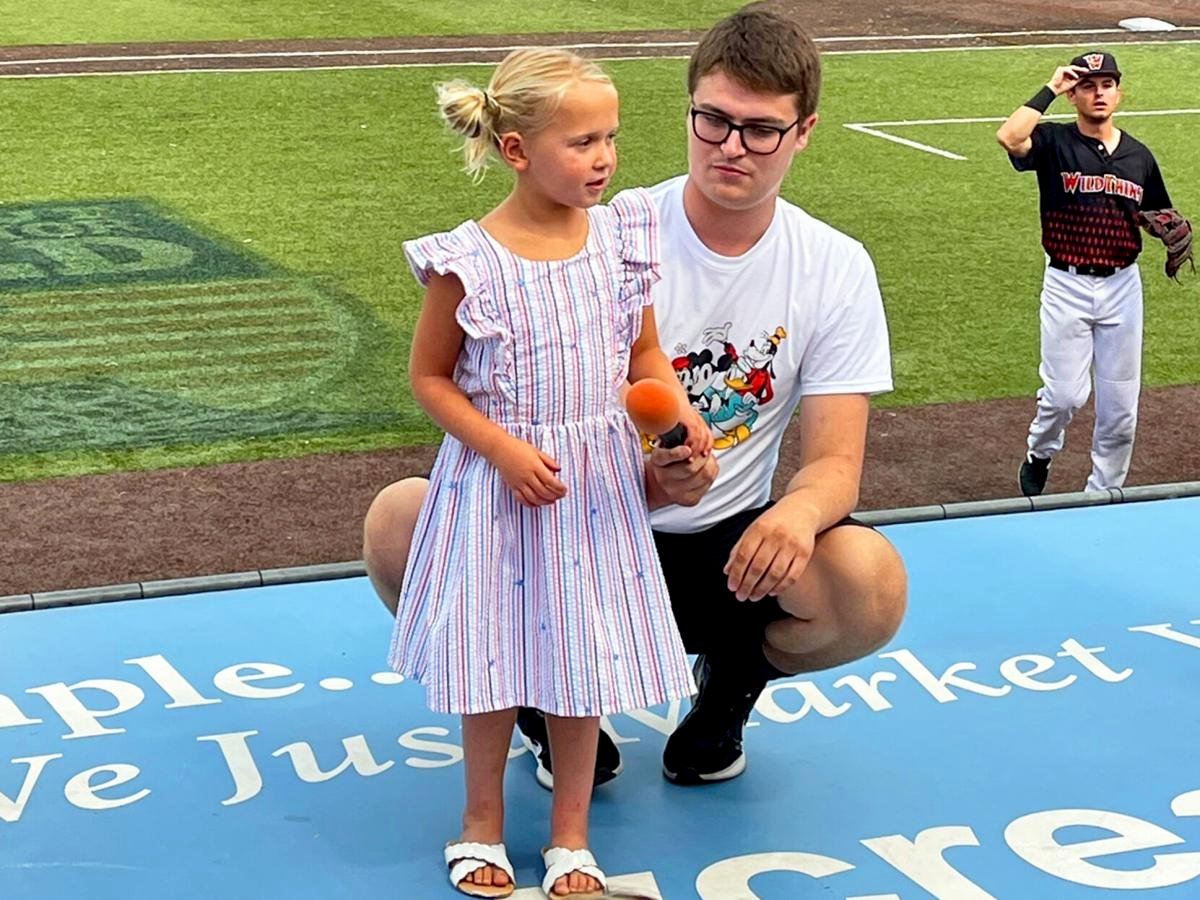 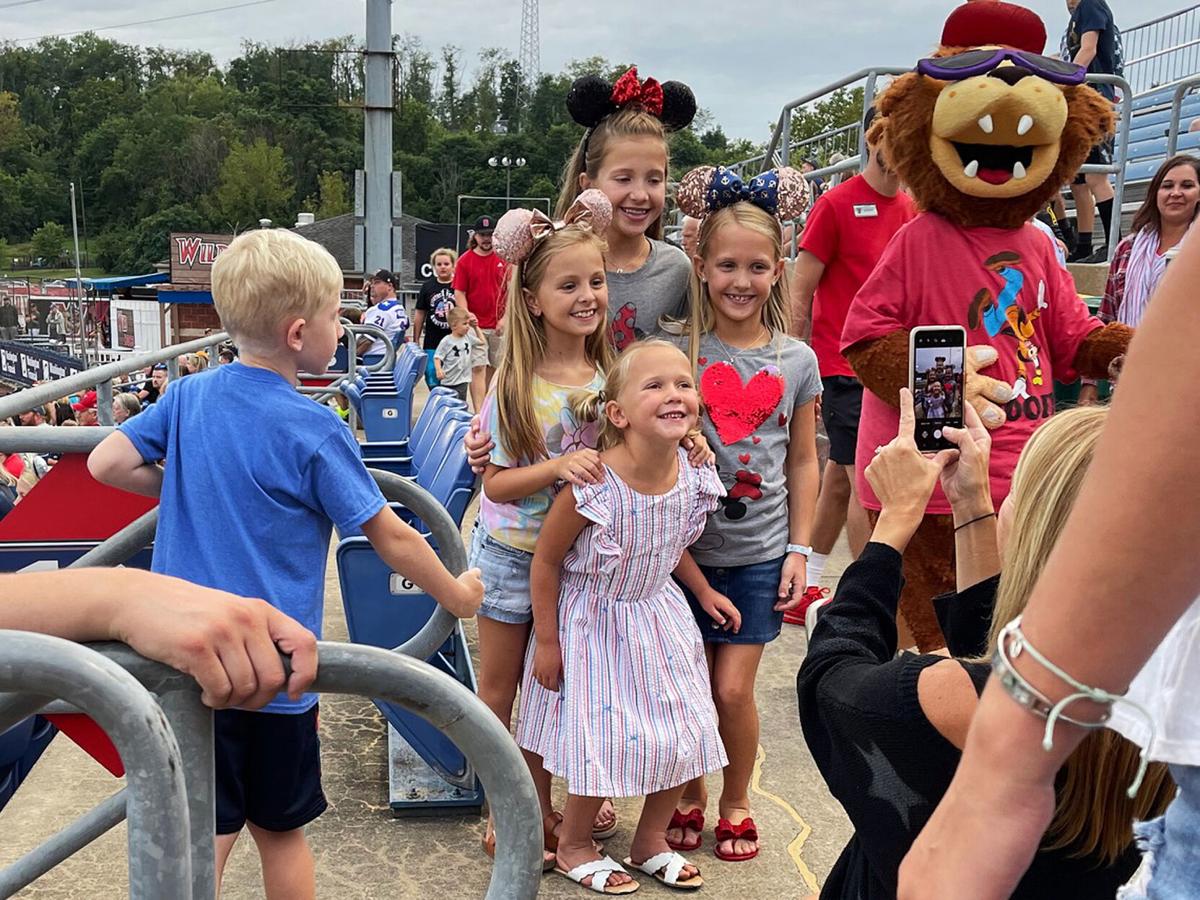 Marin Cummings, front, joins other youngsters in having their picture taken with the Washington Wild Things mascot. (Photo by Allison Cummings)

On his way back home from London 83 years ago, Irving Berlin composed “God Bless America.”

Marin Cummings, who just started kindergarten, enjoys singing about the land she loves. She also had a recent opportunity for an extra-special performance.

Her mother, Allison, has a good friend who works for the Washington Wild Things baseball team. And on Aug. 19, that friend arranged for Marin to sing “God Bless America” to the spectators gathered for that day’s game at Wild Things Park in North Franklin Township.

With Mom taking photos and video, the youngster regaled the crowd with her rendition of the venerable patriotic anthem. Also present were other family members, including her father, Tim, and self-professed proud uncle Marc Chlebowski.

Most, if not all, of the audience members probably were unaware of a possible connection between “God Bless America” and Washington.

World War I veteran Marion Samuel Cree, who worked at Jessop Steel, dabbled in songwriting and came up with a tune he submitted to a contest called “God Bless America,” according to his legal efforts to gain credit as the actual composer.

He was unsuccessful, but shortly before his death in 1957, the Washington resident arranged to have words to the song engraved on his cemetery marker in Huntingdon County.