Skip to main content
You are the owner of this article.
Edit Article Add New Article
You have permission to edit this article.
Edit
Welcome, Guest
News
Sports
Life & Culture
Events Calendar
Lottery Results
Fish Fry Map
Weather
Sponsored Content
Classifieds
e-Edition
South Hills Living
Get Our Newsletter
Get the Almanac
Advertise With Us
Submit Content to The Almanac
Contact Us
About Us
1 of 6

Pictured are swimmers that are participating in introductory practices to learn how to play water polo. Practices are held Mondays and Wednesdays and run through October at South Park High School. Ages 13-18 can participate and can register with the Pittsburgh Combined Water Polo Club at www.americanwaterpolo.com. From left are: (front) Katie and Emily Jackovic; (back) Emily Jackovic, Danika Evans and Emma Organist. 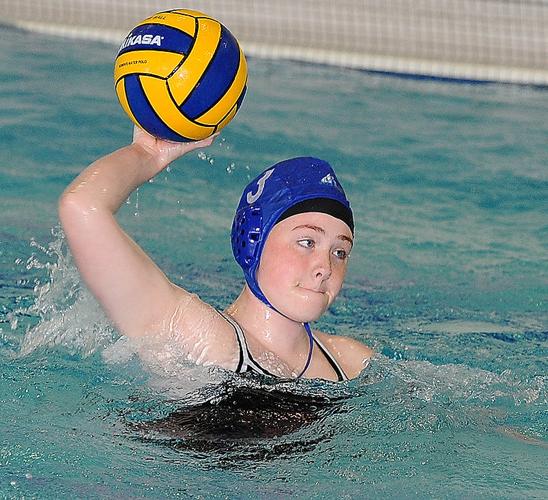 Danika Evans powers up to throw a pass during water polo practice. 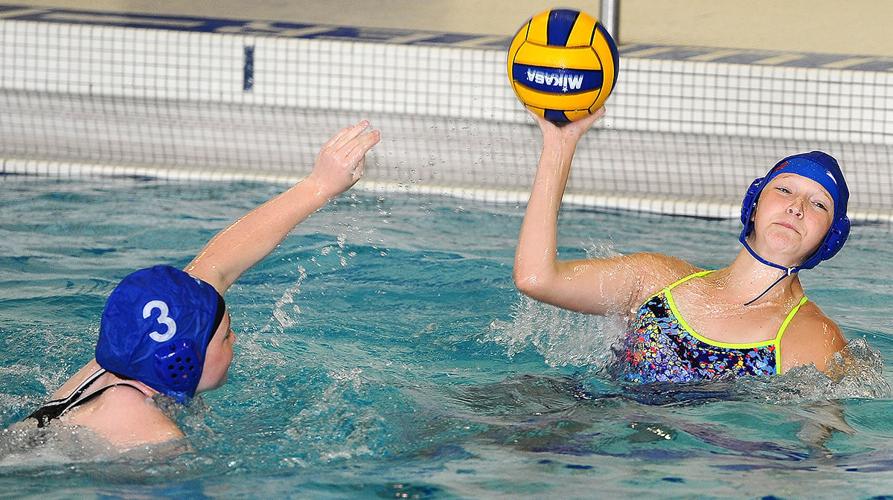 Katie Jackovic attempts to take a shot on goal while being defended by Danika Evans. 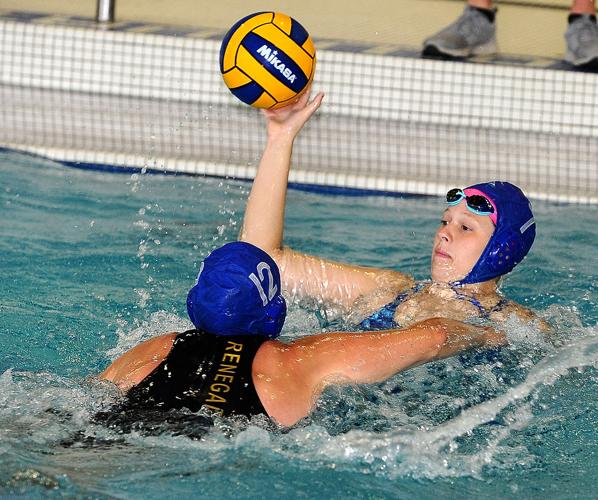 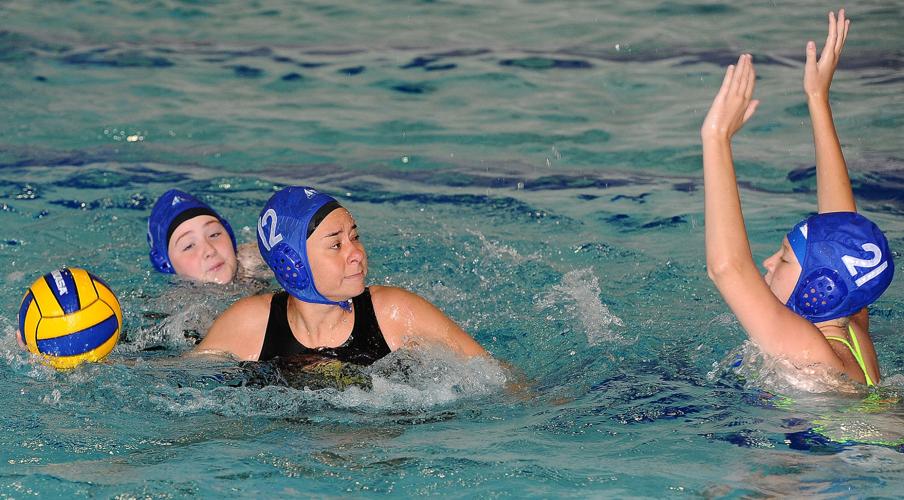 Joie Marhefka looks to take a shot despite the defensive efforts of Katie Jackovic (No. 21) and Danika Evans (No. 3) during a water polo practice at South Park High School. 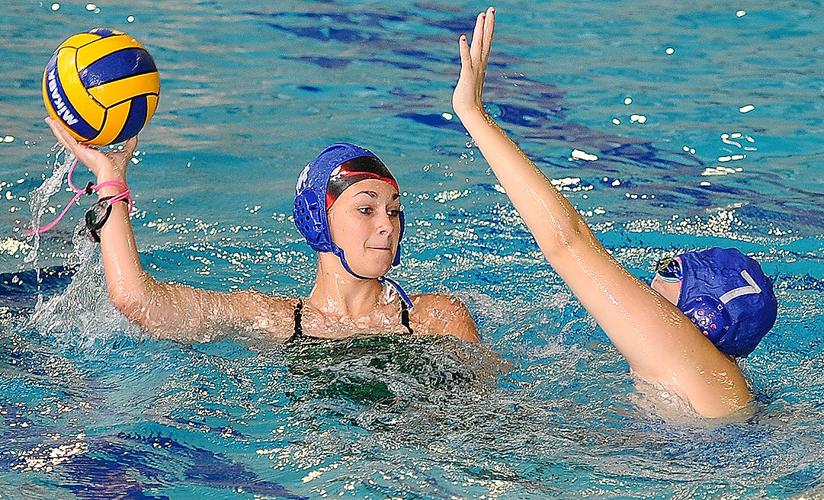 Water polo is a sanctioned PIAA sport, but North Allegheny is one of the only high schools in Western Pennsylvania offering the activity.

Christian Achilles wants to change that. By creating the Pittsburgh Combined Water Polo program, the South Park Aquatics Club coach hopes to plant the seeds for growth in the sport throughout the South Hills and Washington County areas.

“The idea here is to have some of the other swim clubs in the area combine to form a bigger team with the hopes of eventually building up enough interest in the area where we can branch out to different teams and then have our own league in the Western Pennsylvania area,” Achilles said of his lofty goals.

Achilles remembers a time when South Park, Chartiers Valley and Seneca Valley actually competed against the North Allegheny Tigers. In fact, he actually played water polo for four years when the Eagles supported a club.

The sport is also beneficial to swimmers both mentally and physically. Water polo certainly helped Achilles when he competed. He was a WPIAL runner-up and a fifth-place finisher at states in the 100-yard breaststroke in 2009.

“Water polo reinvigorated my interest in swimming. The sports play off each other,” said Achilles. “Polo kept me in the water more and my swimming got better.”

Achilles noted he would not have been able to swim a sub-minute breaststroke were it not for developing his kick by playing water polo.

“So I think when you are having a complete swim program, water polo is a really important element to keep interest and to also help develop other aquatic skills.”

So throughout the summer and into the fall, Achilles developed a program to introduce the sport to any interested area athlete. Summer practices run from 7:30 to 9 a.m. Mondays and Wednesdays and shifts to 7:30 to 9 p.m. those days during the autumn. The program continues through Oct. 10. Practices are held at the South Park High School Natatorium, 2005 Eagle Ridge Drive.

Scrimmages and games will be played against the Tiger Water Polo Club. Also, two travel tournaments are planned for the fall.

In addition to Achilles, Mark Rauterkus and Joie Marhefka instruct. All are affiliated with the Pittsburgh Masters Water Polo Club.

“You don’t have to be a competitive swimmer to play water polo,” Achilles said with a smile, “but it really helps tremendously.

“Water polo can be very exhausting for a non-swimmer,” he noted. “It can be really rough to get started in it. That doesn’t mean you can exclude anyone. I know people who got into swimming because they started out playing water polo.”

“Christian said that we needed people so I showed up and it’s fun. So I’m back,” she said with a giggle. “Yes, it’s my first time ever playing. It seemed like a fun thing to do.”

While she had watched “a game or two” on television at the Olympics and found that water polo “looked interesting” Evans little knew how demanding the sport was until she tried it.

“I really liked how competitive it was. They were getting so into it and going at each other,” said Evans of the Olympic teams.

“It’s more involved than swimming, though. It’s competitiveness again and working on the muscles groups and things that is different than just swimming laps.

“I think swimming is a little bit harder, personally, but these practices are pretty difficult. Just the treading is really hard. It takes your breath away and it takes it out of your legs.”

Water polo has indeed taken her breath away such that Evans is considering competing in the sport in college. She does plan to continue her successful swimming career, though.

A freestyler and butterfly expert, she qualified for the WPIAL championships on a relay team. “We got on the podium and got a medal,” she said of the eighth-place showing. Evans plans on guiding her relay team back to success in 2019 and she anticipates advancing to the district finals in an individual event. Then she’ll weigh her college options.

“I hope to swim in college and since I started this,” she said of the Pittsburgh Combined Water Polo program, “I am looking at schools that offer water polo. If I don’t make the swim team, I could do that. I could do both,” she added enthusiastically. “That would be a lot but I feel that (swimming or water polo) would be a good way to stay in shape.”

Evans hopes to shape the future of water polo in the region. She wants to see Achilles’s program get off the ground.

“I feel like it would be a great opportunity for kids in the area. Have some fun and come together more rather than just the swim team,” she said. “We can have a water polo team, too.”

Evans espouses the virtues of the sport to her friends. She tells them it’s a wonderful experience and the people are great.

“Water polo is a good workout. It’s fun,” she added.

In that regard, Achilles has already achieved one of his modest objectives. He said one of hope for his program was to bring some new interest into water polo and bring that into swimming.

“The overall goal is just to get kids interested in water polo and swimming. Keep the swimmers even more interested in the sport itself,” he concluded.