Maddie Dziezgowski drives to the basket for a lay up against Mt. Lebanon. 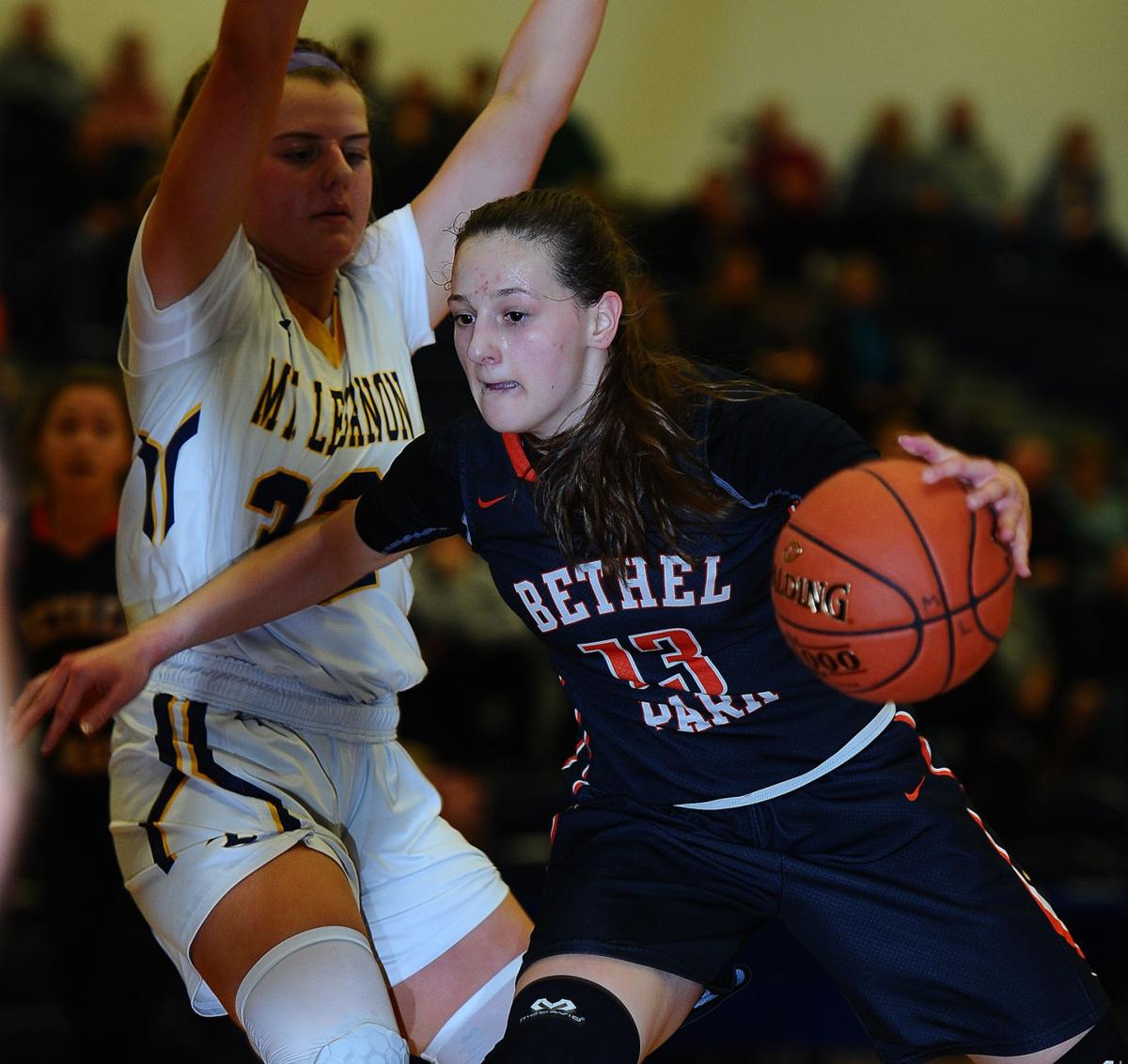 Maddie Dziezgowski drives to the basket against Mt. Lebanon. 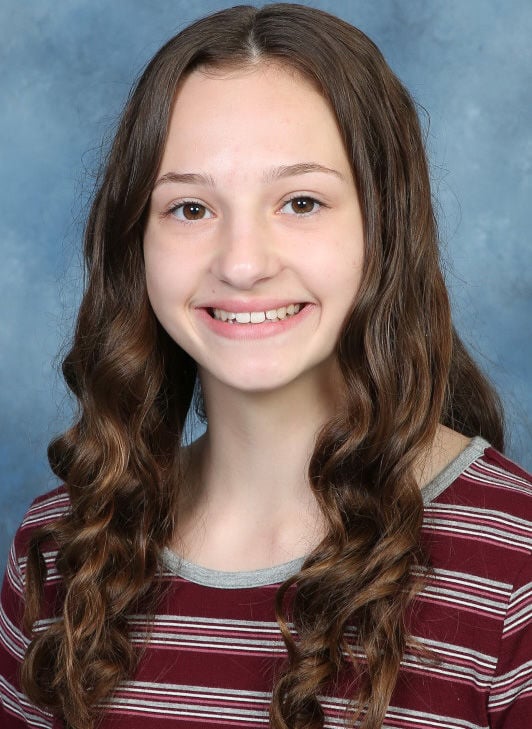 Maddie Dziezgowski drives to the basket for a lay up against Mt. Lebanon.

Maddie Dziezgowski drives to the basket against Mt. Lebanon.

Attitude determines the success Maddie Dziezgowki enjoys on the basketball court as well as in life.

The Bethel Park High School senior, who is a National Honor Society student and maintains a 4.34 GPA, earned an athletic scholarship to St. Bonaventure where she plans to pursue a career in pharmacy.

“Maddie is a tremendous kid. One of the most positive, coachable kids that I’ve coached in 25 years,” said BP head coach Jonna Burke. “She does things the right way on the court, in the classroom and in life.

“I’m just grateful I got to be her coach for four years. It has been an honor,” Burke continued. “Her impact on our program is immeasurable.”

Since picking up the sport in third grade, basketball has had a critical impact on Dziezgowki, who also ran cross country at St. Thomas More School.

“I like running too, but I just have a passion for basketball,” said the 17-year-old daughter of Ron and Cindy Dziezgowski. “I love the pace of the game and excitement. Honestly, all parts of the game and the hustle you need to have in order to be successful.”

Hustle happens to be Dziezgowski’s strength.

“No matter what, I try to hustle and try to do just what I can to help the team,” she said.

“‘Diz’ is a relentless hard worker who puts in hours and hours of extra time on her own,” the coach said of Dziezgowski.

During her formative years, Dziezgowski traveled the country playing AAU basketball and participating in showcases. She excelled for the Western PA Bruins the past three years.

“I played on great teams and against great competition from all over the place,” she said. “Plus, I had awesome coaches. It was a fun experience.”

AAU basketball, coupled with her play at Bethel Park, earned Dziezgowski notice from several college recruiters, including LaSalle and Cornell. She selected St. Bonaventure, which partners with the Lake Erie College of Osteopathic Medicine to complete her doctorate of pharmacy.

“I loved everything about (St. Bonaventure). The staff and program,” Dziezgowski said, “and I loved the small class size and it’s a good school.”

Burke doesn’t need to do the research to know how Dziezgowski influenced the Black Hawks.

The all-section performer has helped the Black Hawks compile a 78-20 record complete with four district playoff appearances in her high school career.

Bethel Park, at 16-1 this season, has already clinched a WPIAL postseason berth.

As a freshman, Dziezgowski played on the Black Hawks’ WPIAL runner-up team. Last year, while averaging 14.2 points and 7.8 rebounds a game, she led the Black Hawks to a 24-4 record with all four losses coming against Peters Township, the eventual undefeated WPIAL and PIAA champions.

“Diz has been an impact player,” Burke said. “She is the ultimate teammate because she is unselfish and humble.”

During Bethel Park’s 49-38 win over Upper St. Clair Jan. 20, Dziezgowski scored 16 points and drained a pair of 3-pointers during a fourth-quarter run that saw the Black Hawks stretch their 31-27 lead into an 11-point victory. In the process, Dziezgowski surpassed the 1,000-point threshold.

“I honestly had no clue it was going to happen. I was just so excited we won,” she said. “I was happy to share the moment with my team and family.

“It’s a big win for us,” she continued. “USC is a real good team. Sure, I had to work hard to get to this point and I was excited, but it wasn’t really a goal. My goals are to do what I can to help the team and focus on the team’s goals.”

Dziezgowski is positive BP will recover from a 52-51, last-second loss to rival Mt. Lebanon and make a strong run in the playoffs, which begin Feb. 14.

“I’d love to make it as far as we could, win a WPIAL title and make as long a run as we can in the PIAA tournament, but it’s one game at a time,” she said.

Dziezgowski said it will be critical for the Black Hawks to play strong defense in the playoffs.

“That’s super important,” she said. “I have to get as many rebounds as I can because we are a smaller team.”

Only then will she focus on improving her game for the transition she must make for a collegiate career.

“Basketball-wise the pace of the game is a lot faster and the girls are a lot stronger,” she said. “It’s going to be a big adjustment, but I’m excited.”

Burke said she believes Dziezgowski will adjust to the pace and physicality of the college game just fine.

“I know she will be successful in college,” Burke said, “because she has a solid foundation of fundamentals paired with an amazing attitude.”

Book: To Kill a Mockingbird. “I love to read so it’s hard to pick a favorite. I did like movie but I prefer books.”

Movie: Any of the Marvel movies

Dream destination: "I'd love to visit all 50 states in my lifetime

Music: Country “I love them all. There are too many (songs and artists) to pick what I like best.”

Who would U like to have dinner with? Michael Jordan. “Because I’d love to talk to him about all his years playing the game.”

People might be surprised to know this about you? “I love the outdoors. I love to hike, especially in the Allegheny National Forest in Clarion.”

In 15 years, I will be: “Hopefully, working in hospital as a pharmacist and married with children.”

Life lesson sports has taught you: “You have to work hard for everything you would like to achieve and never give up.”

Advice to others: "Don't be afraid to try new things."