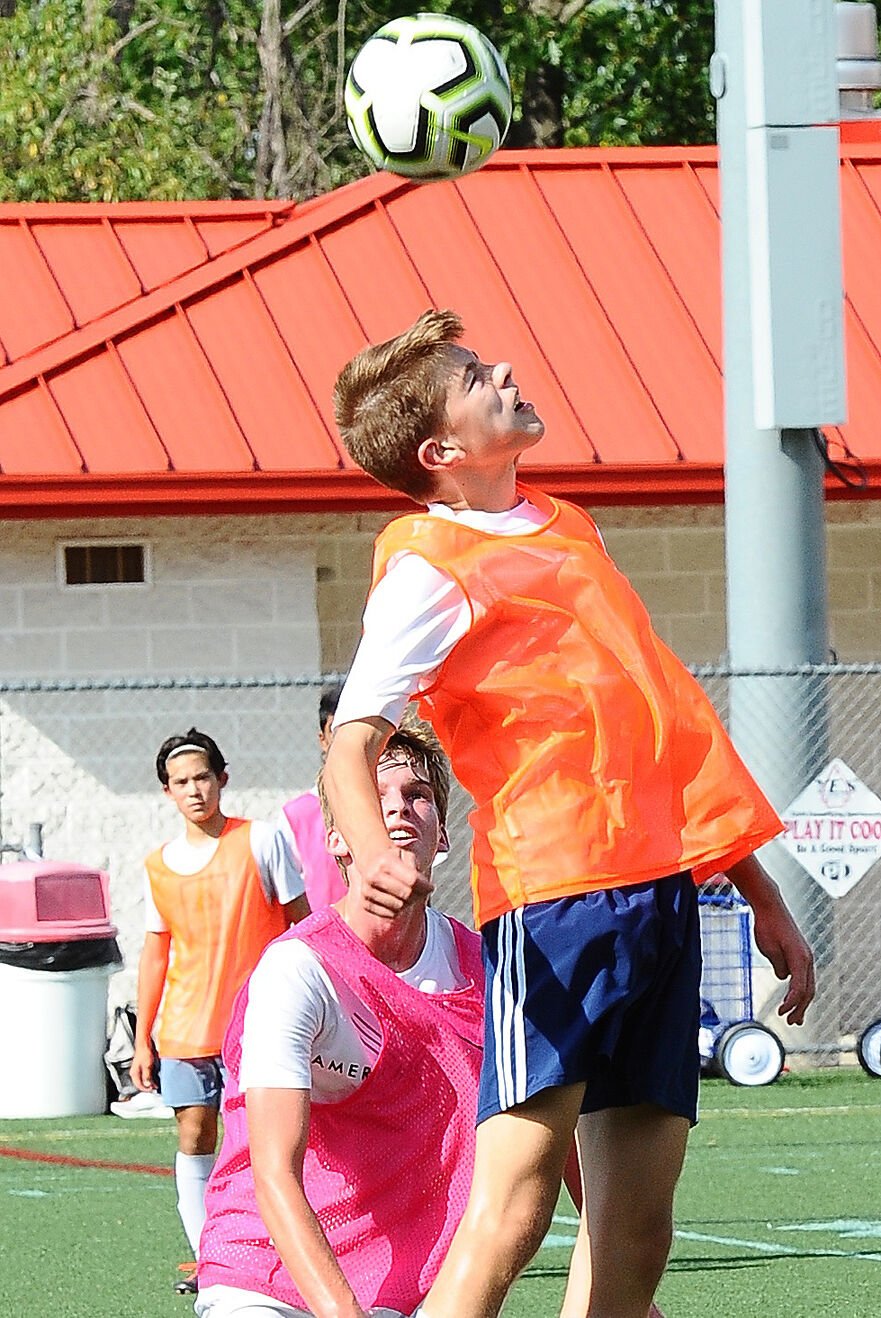 Peters Township’s Cole Woodward heads the ball away from Ethan Smelko during a preseason scrimmage. 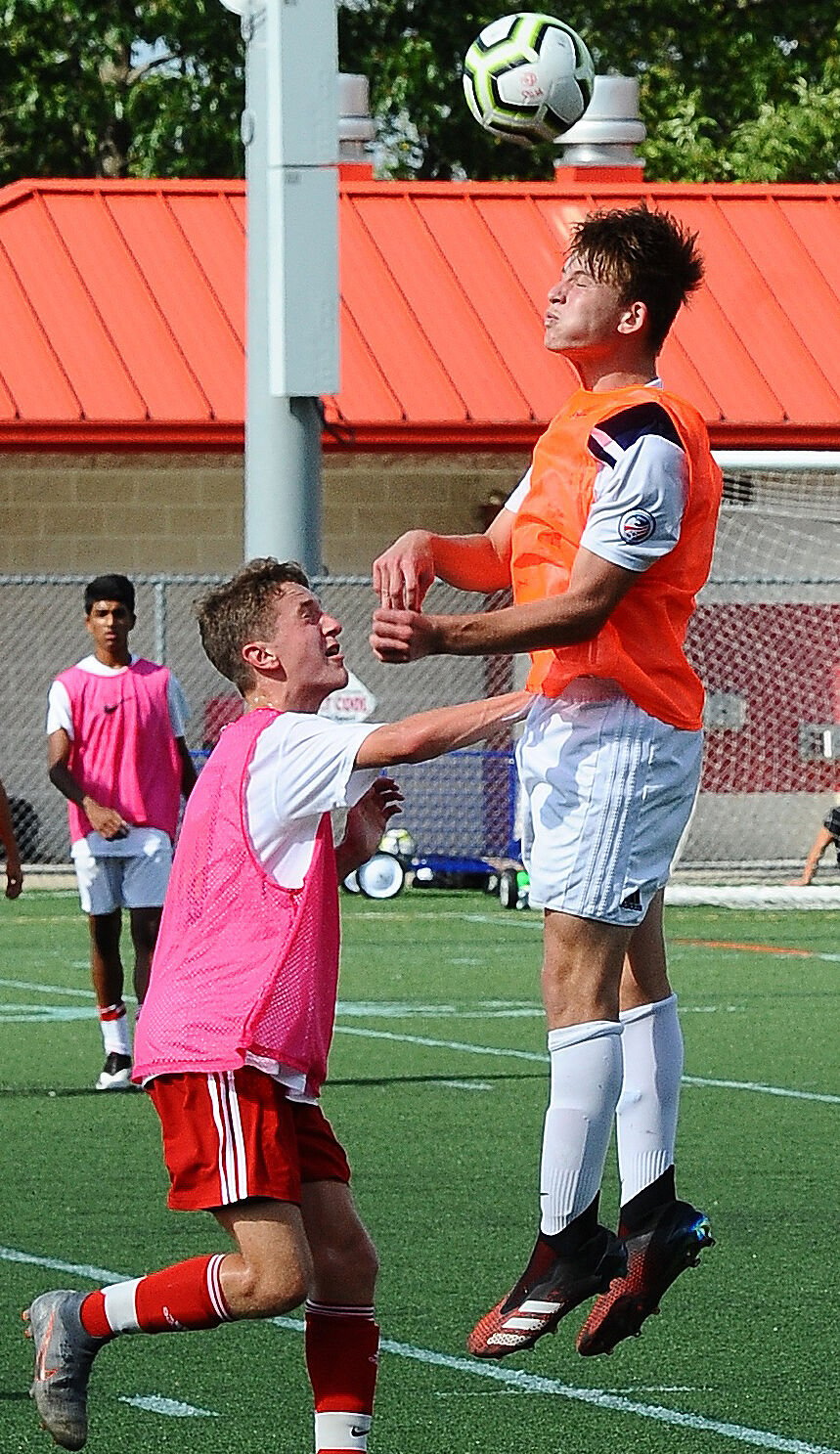 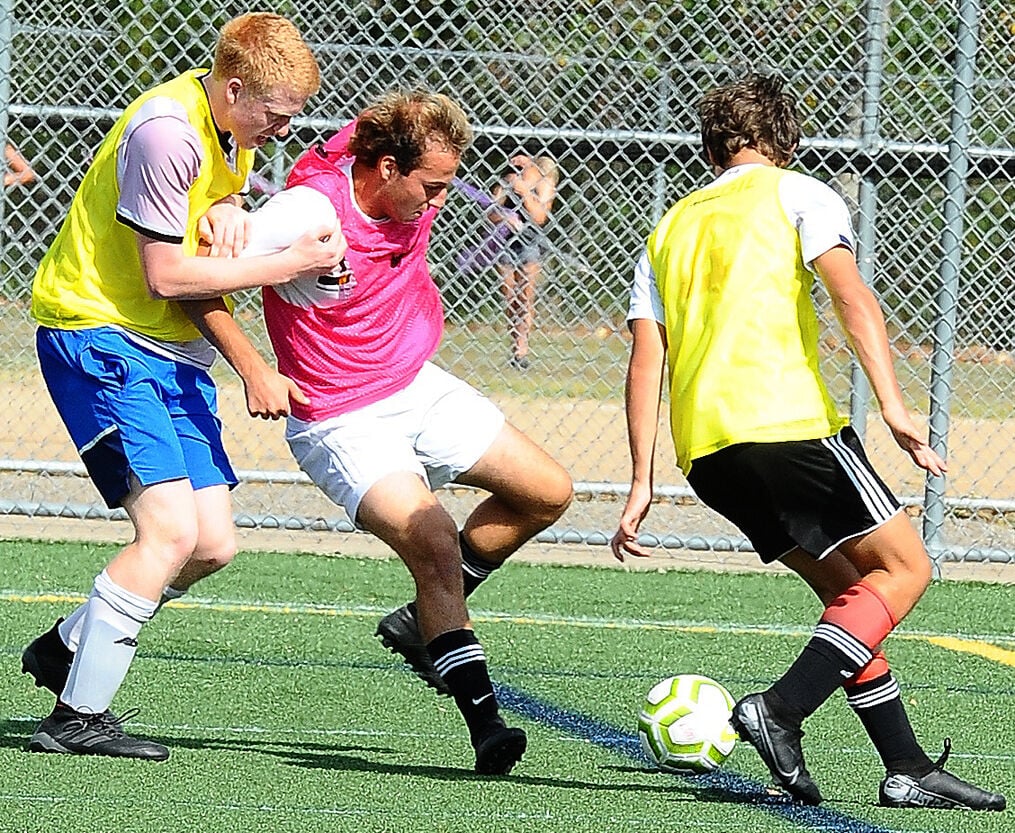 Peters Township’s Cole Woodward heads the ball away from Ethan Smelko during a preseason scrimmage.

Peters Township boys soccer coach Bobby Dyer has been trying to figure out several scenarios when it comes to his team and its future during the coronavirus pandemic.

“Two things are constant in those discussions,” Dyer said. “Belief that the season is going to happen and being flexible to obstacles that appear.”

Peters encountered its first roadblock when several COVID-19 cases were recorded at the high school after the school district resumed in-person learning. The soccer team is now unable to practice until Sept. 8.

The Indians are scheduled to open their season at 7:45 p.m. Sept. 15 as home against Bethel Park.

Adaptability is something the Indians have always demonstrated. Last autumn, PT continually adjusted as it was plagued by a plethora of injuries and negotiated an uncharacteristic 5-9-3 campaign.

This fall, the Indians are returning every starter and are poised to recapture the winning formula that has produced the program’s nine WPIAL titles and four PIAA championships.

“Our goals as always are to qualify for the playoffs, win the section, win the WPIAL and win the state,” Dyer said. “It’s not meant to sound arrogant, but that’s the reason we train all summer and work in the fall. I would think that’s the same for any team.”

The Big Macs beat Lebo 3-2 in overtime to win the 2019 WPIAL title. USC has four PIAA titles isince 2000, while Lebo and BP have one each.

Peters, however, is clinging to the physical pains and mental anguish of the 2019 campaign.

“We seem to have a bad taste in our mouth from last year,” Dyer said. “We are looking forward to turning the page.”

“Having a healthy team will be the biggest addition. Many players will have their chance,” said Dyer. “We are a deep team.

“With the depth that we have, we should have a healthy rotations of players fighting for time on the field. Hopefully that will lead to a productive season.”

Gallagher, Holmes and Sambucco have extensive experience in the midfield and Liguori and Goldsmith are expected to excel in goal.

Massucci and Marmol should also have productive seasons. Massucci has played on Century V F.C.’s regional final squad and also handles the placekicking for the Peters Township football team. Marmol has played on Beadling’s Elite team that reached the national finals in three consecutive seasons.

Production is critical to the team’s growth, Dyer said.

“We are very excited and looking forward to moving ahead with the season,” he said. “We are working very hard on obeying the rules from our school district to avoid any disruptions in our season. The boys have been great on accepting them and obeying them.”