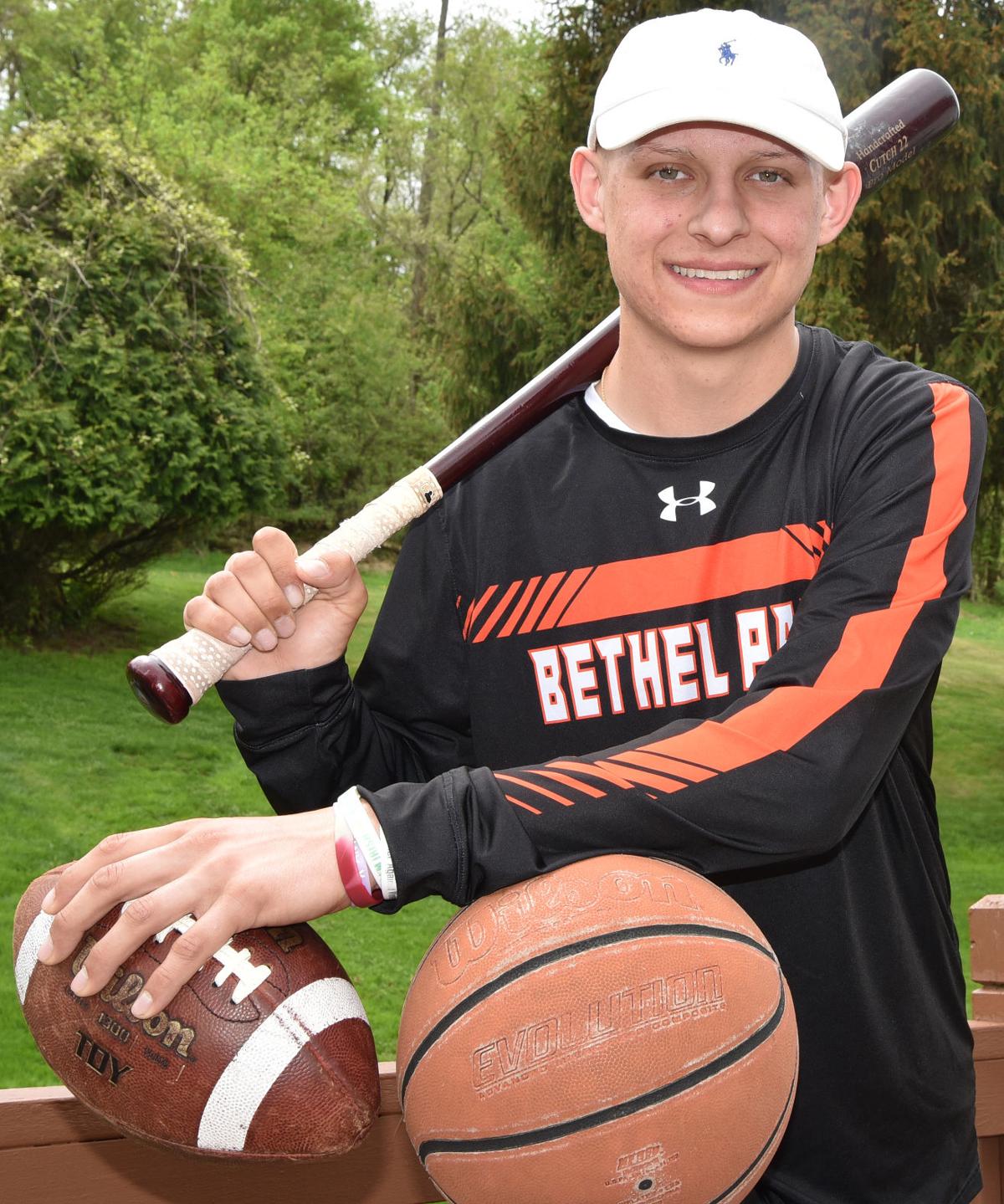 Anthony Chiccitt, a three-sport athlete at Bethel Park and a cancer survivor, was announced as the WPIAL Courage Award Winner this week. 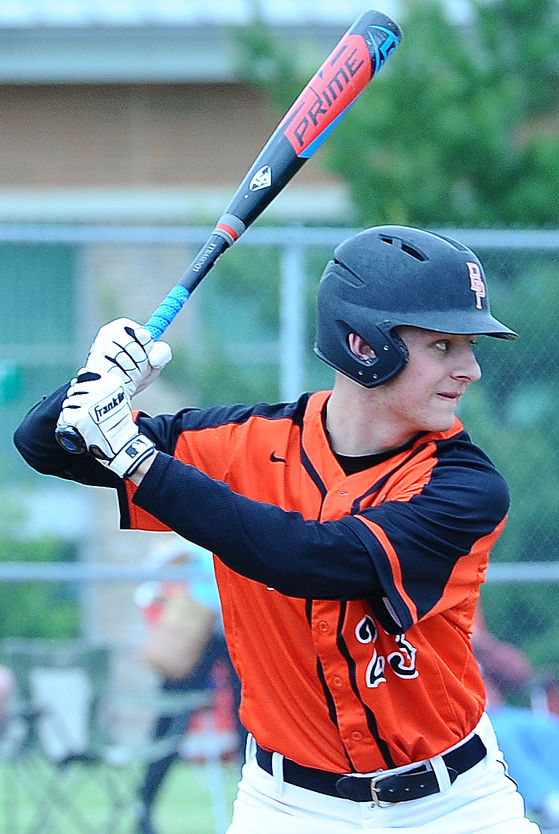 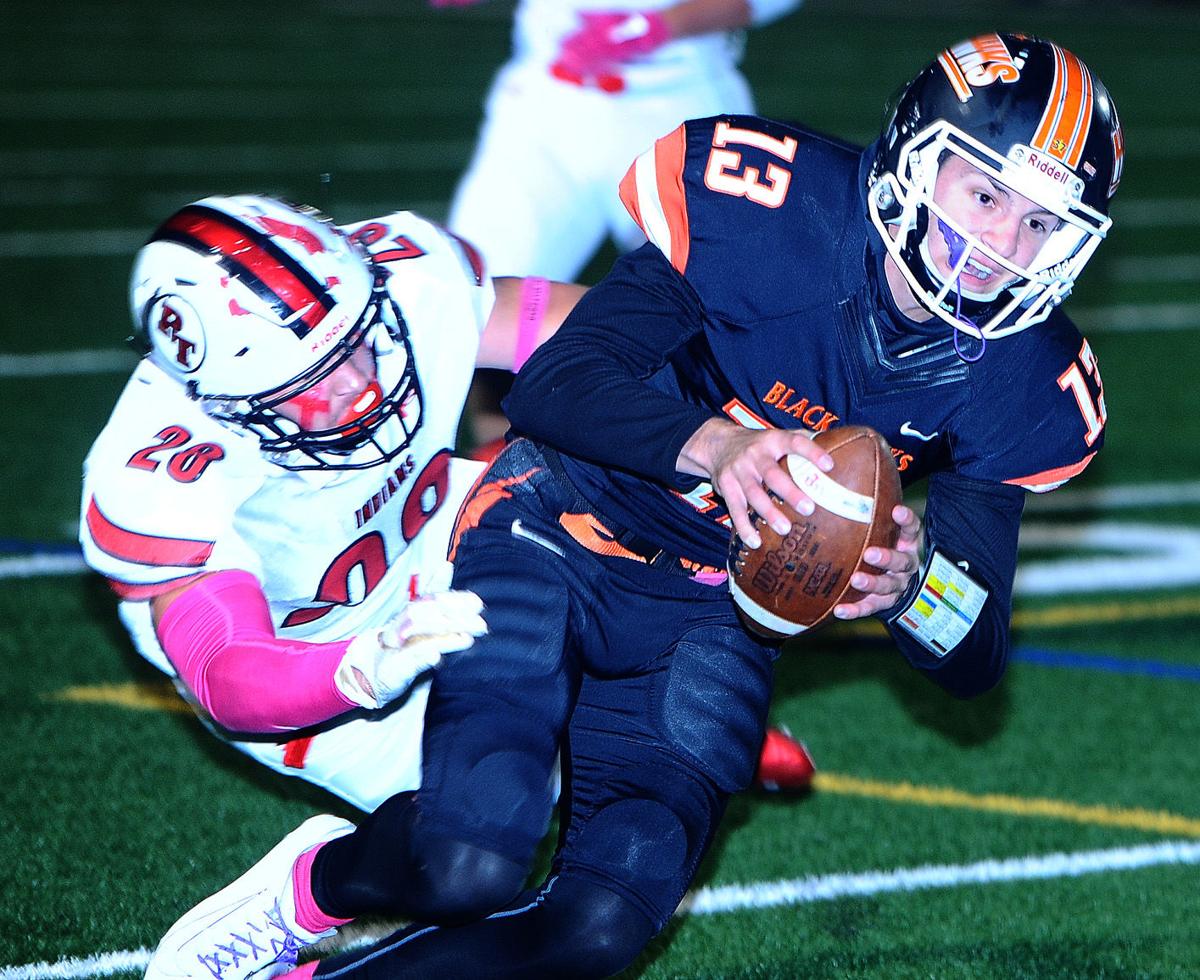 Bethel Park quarterback Anthony Chiccitt is tackled by Peters Township’s Scott Reed. The senior passed for over 1,000 yards last fall and led the Black Hawks to the WPIAL quarterfinals.

Anthony Chiccitt, a three-sport athlete at Bethel Park and a cancer survivor, was announced as the WPIAL Courage Award Winner this week.

Bethel Park quarterback Anthony Chiccitt is tackled by Peters Township’s Scott Reed. The senior passed for over 1,000 yards last fall and led the Black Hawks to the WPIAL quarterfinals.

On the one-year anniversary of his first chemotherapy treatments for Hodgkin’s Lymphoma, the Bethel Park High School senior is now waging war against COVID-19.

Because he falls into one of the at-risk categories, Chiccitt, who has a suppressed immune system, must be vigilant regarding his exposure to the coronavirus, which triggers the disease. He said he avoids “big groups” and stays home.

“I’m doing a good job with that because I do have to be careful,” he said. “I feel great and and am doing well. Not freaking out, but I’m definitely concerned because this is serious. Everything’s canceled. I’m not super worried or anything though.”

Chiccitt said the reason behind his upbeat attitude is because he is “young” and off all the medications used to treat his cancer. He said he is leading as normal a life as he can during these uncertain times.

He accepted early on that there would be no baseball season. So he began preparation for his next phase of life.

Upon graduation, Chiccitt will matriculate to Robert Morris University, where he will play football for the Colonials, who finished 7-5 in 2019 under third-year coach Bernard Clark.

At Bethel Park, Chiccitt had been a three-year starter at quarterback. He surpassed the 1,000-yard passing mark during an 18-13 WPIAL quarterfinal playoff loss against eventual WPIAL champion Gateway last fall. Chiccitt also threw eight touchdown passes while completing 95 of 135 of his passing attempts.

“I was hoping we would play baseball. I would try hitting once in a while, but I really couldn’t see there being a season with the way things were going,” said the 6-2, 185-pound shortstop. “Though I fielder ground balls and tried to keep my arm ready, I started doing less baseball and more football.”

Since the PIAA canceled the spring sports season April 9, Chiccitt began a workout play six days a week. He works out of his basement lifting dumbbells, doing push-ups and bench-pressing for an hour or so a day.

“I do a variety of things, but I do have to improvise some because I don’t have all the equipment we had at school. Nothing too crazy,” he said. “Maybe use the couch to prop up my feet for push-ups. Whatever is available I use.”

Chiccitt also goes to the stadium and throws the football in an effort to remain sharp. He may train with former teammate Sean McGowan or Peters Township standout Josh Casilli.

McGowan was the Black Hawks’ top receiver with 28 receptions for 336 yards and rushed for nearly 1,000 yards. A Penn recruit, Casilli led the Indians to the WPIAL Class 5A finals. He had 49 receptions for 635 yards in 2019.

“Usually, I switch it up but I only work out with one other person,” he stressed. “I’m really focused on football and getting in shape for that.”

Chiccitt is disappointed the Black Hawks did not have a chance to challenge for a section title or a WPIAL championship in baseball this spring. BP returned nearly a dozen players from last year’s 15-5 squad that finished fourth in the district. Chiccitt started at second base and batted .286 with a .485 on-base percentage

“Not being able to have a last season before going off to college or having a last chance to get a WPIAL title sucks,” said Chiccitt. “But I’m ready to move on.

“I’m excited about college. When I visited Robert Morris, I fell in love with the campus and I liked the coaches I met. I felt the school was a good fit,” added the prospective business major. “I feel that I can succeed there.”

Recently, Chiccitt became the recipient of the 2020 WPIAL Courage Award. The son of Kelly and Matt will be inducted into the organizations Hall of Fame next year.

Due to gathering restrictions and health concerns surrounding COVID-19, the 14th Annual WPIAL Hall of Fame banquet and induction ceremony has been postponed until 2021. The Class of 2020 will be enshrined May 28, 2021 at the Green Tree DoubleTree by Hilton Hotel.

Chiccitt was “humbled” by the WPIAL recognition.

“If you would have told me that I would be where I am now, playing Division I football and receiving this prestigious award, I would not have believed you. I am beyond grateful for this once in a lifetime opportunity to be inducted into the WPIAL Hall of Fame. I’d like to thank the committee for granting me this special honor.”

Chiccitt said he was also honored to be selected for the Roundball Classic. The distinction capped a basketball career where the guard helped the Black Hawks reach the quarterfinals in the WPIAL playoffs. He averaged 12 points, seven assists and five rebounds a game.

Chiccitt takes nothing for granted. He said times are uncertain so when he goes out for a walk, he wears a mask.

“I’m pretty cautious,” he said. “You realize it’s serious. Since I definitely don’t want this to happen to me or my family, I’m taking it seriously. Very seriously.”