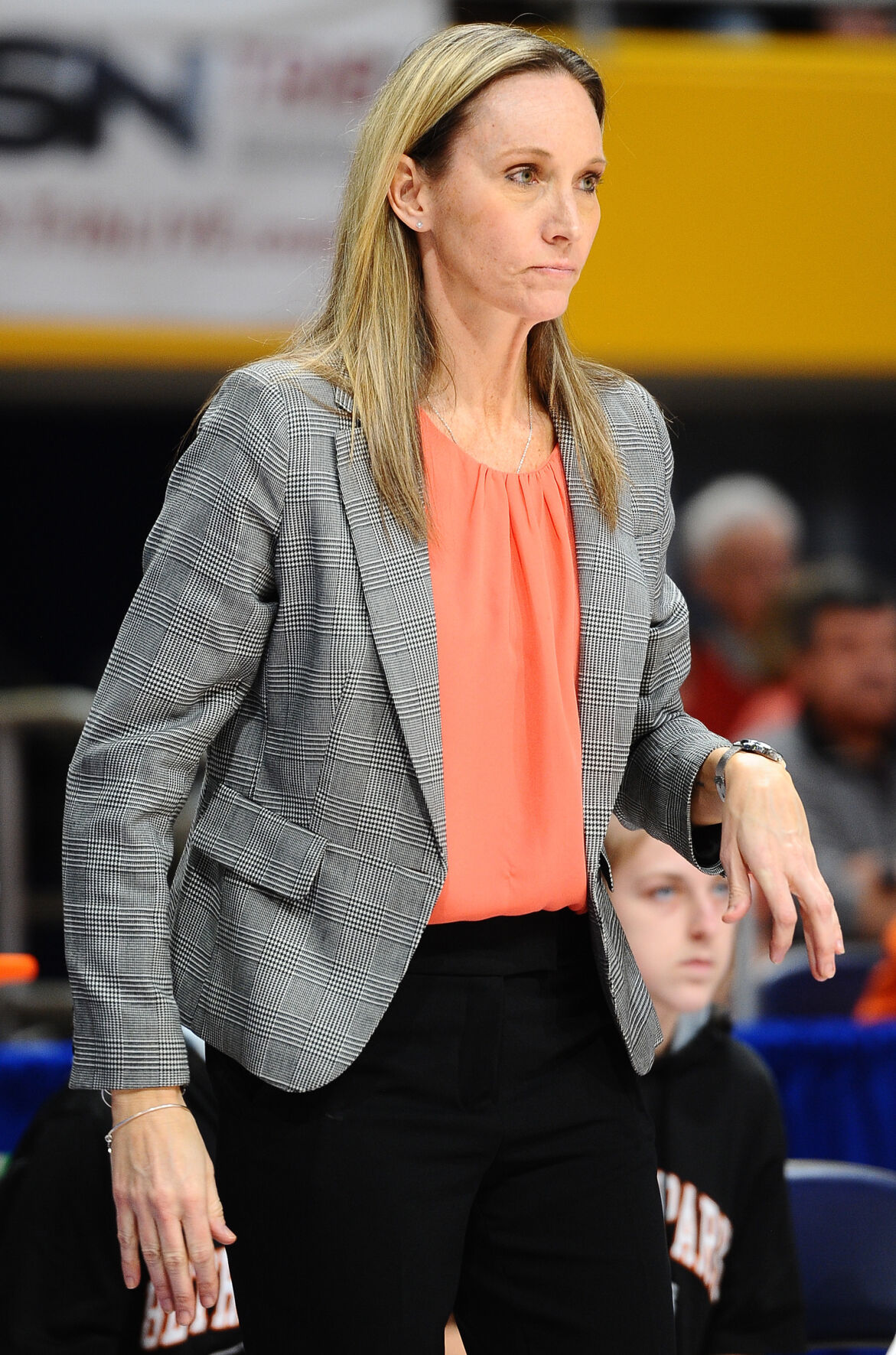 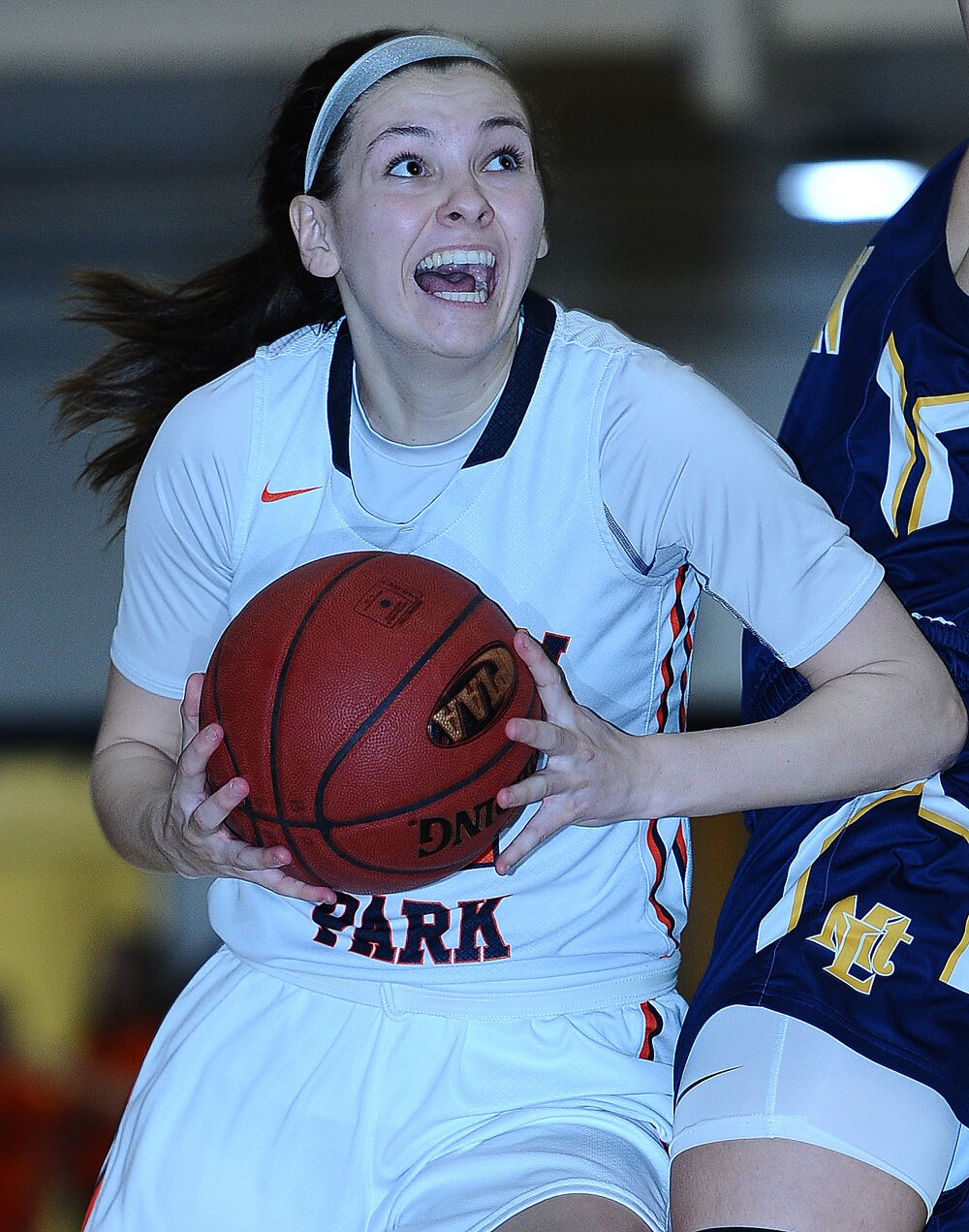 Olivia Westphal is expected to be one of the best players in the WPIAL this baskeball season. The Bethel Park senior, and Duquesne University recruit, averaged more than 15.4 points per game last winter.

Olivia Westphal is expected to be one of the best players in the WPIAL this baskeball season. The Bethel Park senior, and Duquesne University recruit, averaged more than 15.4 points per game last winter.

Jonna Burke found herself home for the holidays for the first time in her storied basketball career.

Burke went on to the University of Pittsburgh, where she finished with 1,807 points and 954 rebounds. She’s in her 26th season as head coach at her high school alma mater.

“This is the first Dec. 26 I can remember not getting up early and going to practice,” said Burke, 47. “Those holiday practices were such a cool thing. Being off school. Everybody talking about what they got for Christmas.”

Gov. Tom Wolf and the Pennsylvania Health Department ordered all scholastic and amateur athletics shut down Dec. 10 through Jan. 4 because of the surge in COVID-19 cases throughout the commonwealth.

Burke and her Black Hawks found themselves in a similar spot in March when Wolf’s initial stay-at-home orders were enacted. The PIAA suspended play and then eventually canceled completion of its postseason tournament because of concerns over the spread of the coronavirus.

At the time, Burke had BP poised for a run at a state title. After finishing runner-up in the WPIAL, the Hawks had reached the PIAA quarterfinals when their season was terminated. They finished with a 23-3 record.

Burke, who is a member of the WPIAL Hall of Fame and was named an ACC Women’s Basketball Legend, said having the start of the 2020-21 season postponed was “disappointing.”

“I never imagined we would be here right where we were last March when it all got shut down,” she said. “Nobody thought that. We got fall sports in. But then no one has lived in a pandemic before.”

“As we started to progress with the season, we all thought that at some point this was going to happen. It’s bizarre,” Burke continued. “It’s actually basketball season but it’s not. This is the first time in 26 coaching years and 36 years not having a season over Christmas.”

While the winter sports season started Nov. 20, Bethel Park only had four practices in before the state-mandated shutdown. The Black Hawks were unable to get into the gymnasium until Dec. 8 because the school district had previously postponed all extracurricular activities.

Burke believes games will happen as long as schools receive approval from the governor’s office. If there are more postponements, however, the prospects for completing the season are “bleaker,” she said.

Burke is hopeful alterations could be made to the schedule. Already, the PIAA has limited its tournament. Only district champions are eligible. Plus, the WPIAL announced an open tournament that would include all teams willing to participate. Playoffs would commence Feb. 27 and conclude with finals March 12-15.

“It’s anybody’s guess, but I’m hopeful,” she said. “Nobody wants this season to happen more, especially for the seniors. Anything for us to play.”

During the hiatus, Burke has been doing everything she can to manage her players. She sends them workouts and said she trusts that they are being completed. On calendars she has issued, players are required to write down their workouts and report on drills they have completed.

“This is a critical time,” Burke said. “They have to be motivated. Right now we are all in the same situation and it’s up to them as individuals to stay in shape, take responsibility and demonstrate accountability because you get out what you put into it. These are desperate times and they call for desperate efforts.”

While her players are getting creative with ways to stay in shape and practice on wet, shoveled driveways where basketball hoops hang, Burke has been left stewing over her lack of control.

“I hate it,” she said. “I can’t stand not being able to dictate what they are doing. They can write anything they want in those calendars I give them so I ask them to send a picture. I don’t like not having control but I do have good kids. Most are making an attempt.”

Those efforts will determine BP’s success this winter. Conditioning will be key for all teams, Burke said.

“Who stays the healthiest. Who gets in shape the fastest,” she said. “That will factor into who wins.”

Burke said the Hawks came into camp in great condition because they were able to work out during the fall in open gyms. With five weeks away from the courts, players may likely not return in the best condition, Burke said.

“There is no buffer,” she said. “We are supposed to be right in the middle of the season.”

Bethel Park has gaps to fill

As Bethel Park heads into the new year, the Lady Hawks are better off than most teams as they return what Max Preps designated as the best player in Pennsylvania.

Olivia Westphal is a four-year starter who is closing in the school's scoring record. Westphal has scored more than 1,100 career points. The Duquesne University recruit averaged 15.4 points per game last season.

“As one of the best players in the WPIAL, Olivia will be our clear leader,” said BP floor boss Jonna Burke. “There’s a lot on her shoulders. We need her to up her game and points but I’m sure teams are going to make her life difficult with special zone defenses. So we need to get others involved and they will have to take on responsibilities.”

Riley Miller will again be relied upon to distribute the ball. She starts at point guard.

“She was comfortable last year as a support player and a distributor but we need her to step up and shoot the ball. We need her to be more of an offensive threat,” said Burke.

Reagan Milliken, who is an Ohio State softball recruit, moves into a starting spot and will be responsible for dominating the boards as the Hawks attempt to offset the loss of Maddie Dziezgowski. Dziezgowski averaged a team-high 15.6 points and 7.5 rebounds per game before matriculating to St. Bonaventure, where she currently is averaging 4.1 points and 3.3 rebounds per game as a freshman.

“Reagan is a workhorse. Strong. Rebounds well. Gets the putbacks,” said Burke. “Getting six points and seven to eight rebounds a game would be huge.”

Burke noted that Dziezgowski and Wesphal were the team’s “1-2 punch” last season. Additionally, with the loss of Dziezgowski and Mullen, the Hawks must find 25 points per game from other sources.

In addition to Miller and Milliken, Emma Dziezgowski is expected to provide fire power. The junior is coming off an ACL tear suffered in last year’s holiday tournament. As a freshman, she averaged 14.2 points and 7.4 rebounds a game.

“Emma is such a tough kid,” said Burke. “She was getting back into her rhythm and we need that. We need the ways she plays and her ability to give us that two punch.”

Sophia Nath is expected to fill the fifth starting position. The sophomore guard filled in last season as a starter when Juliana Carbone broke her thumb in a practice before the PIAA quarterfinals. Nath scored 10 points in BP’s 47-40 win against Upper Dublin on March 11.

The Hawks also look to freshman Becky Gillenberger and Olivia Willig, a sophomore guard, to provide punch off the bench.

“We are quick and have speed but we need to find some offense. We need other people to score. It’s hard to beat a team that scores in double figures. It’s what has worked for me for over 26 years,” Burke said. “Defensively, too, we have to be trickier than in the past. Traditionally, we are a man-to-man team but with the height differences we’ll have issues so we’ll have to change it up and not get too comfortable in one defense and keep things up-tempo.”

Whatever recipe the Hawks follow, the result should be a playoff berth. At Bethel Park, that is the standard.

“Our goal is simple. It’s always to make the playoffs. Everything that comes with that are bonuses like winning the section and getting to the championship and winning. Getting into the post-season is the known expectation. Even kids coming into the program understand that.”

“There are no days off,” said Burke. “There is a saying that stand around success will find you, but you have to pay attention to details. And, the details are in the fundamentals. So we are focused on the details. Possession by possession. Game by game,” Burke added.