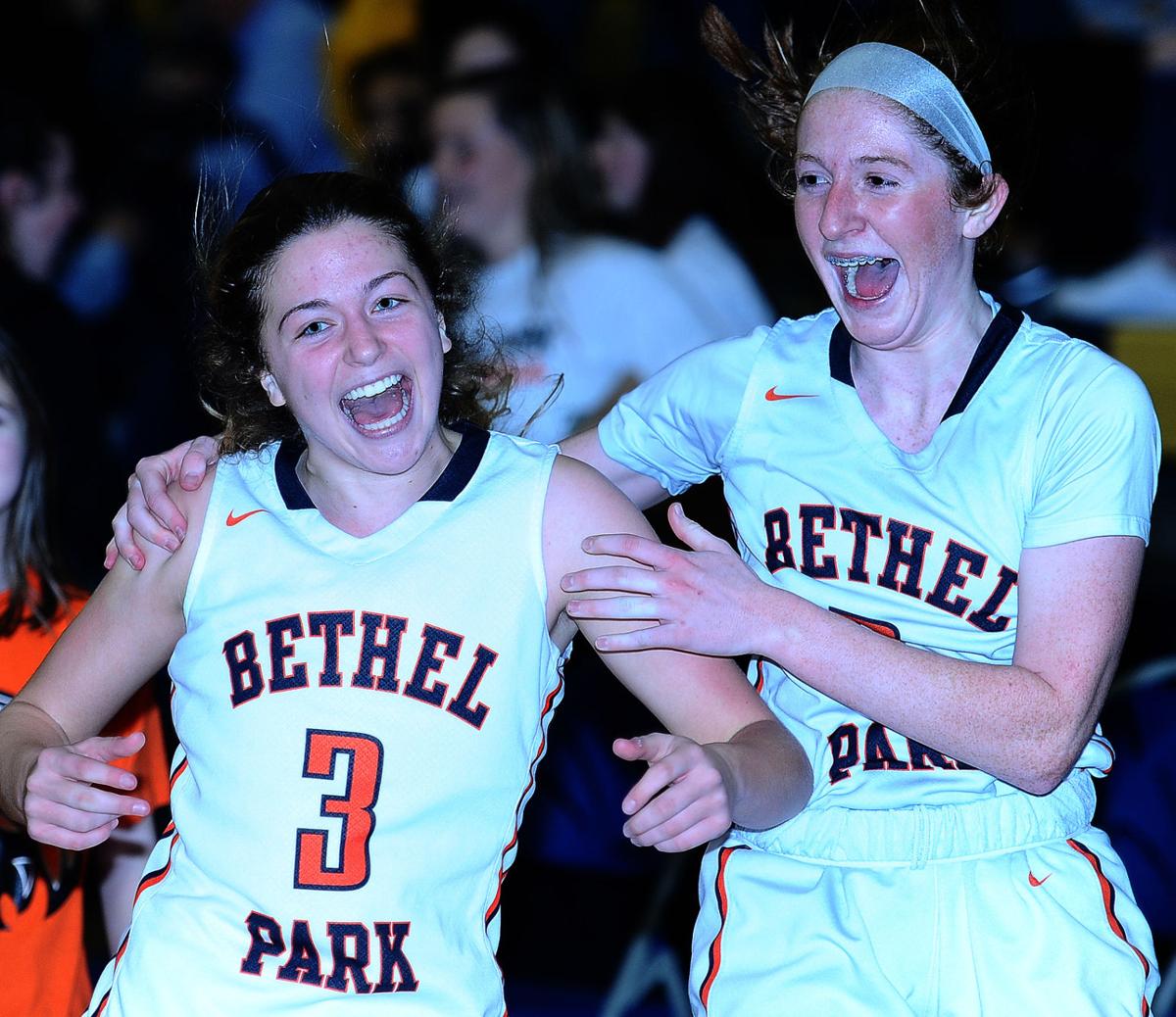 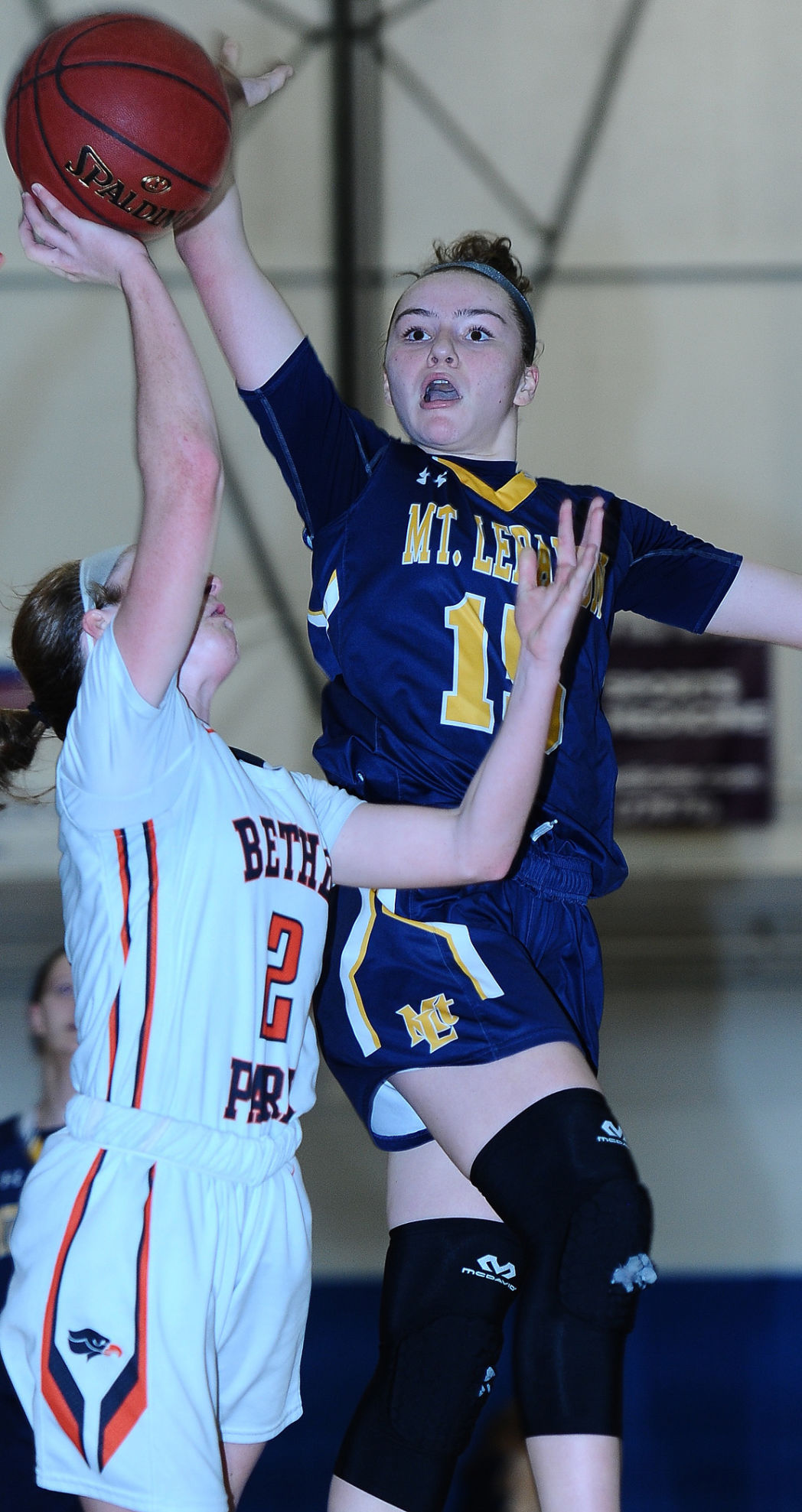 Ashleigh Connor (15) blocks a shot by Lauren Mullen (2) during WPIAL Class 6A semifinal action. Connor scored seven points but that was not enough as Mt. Lebanon succumbed to Bethel Park, 35-29. 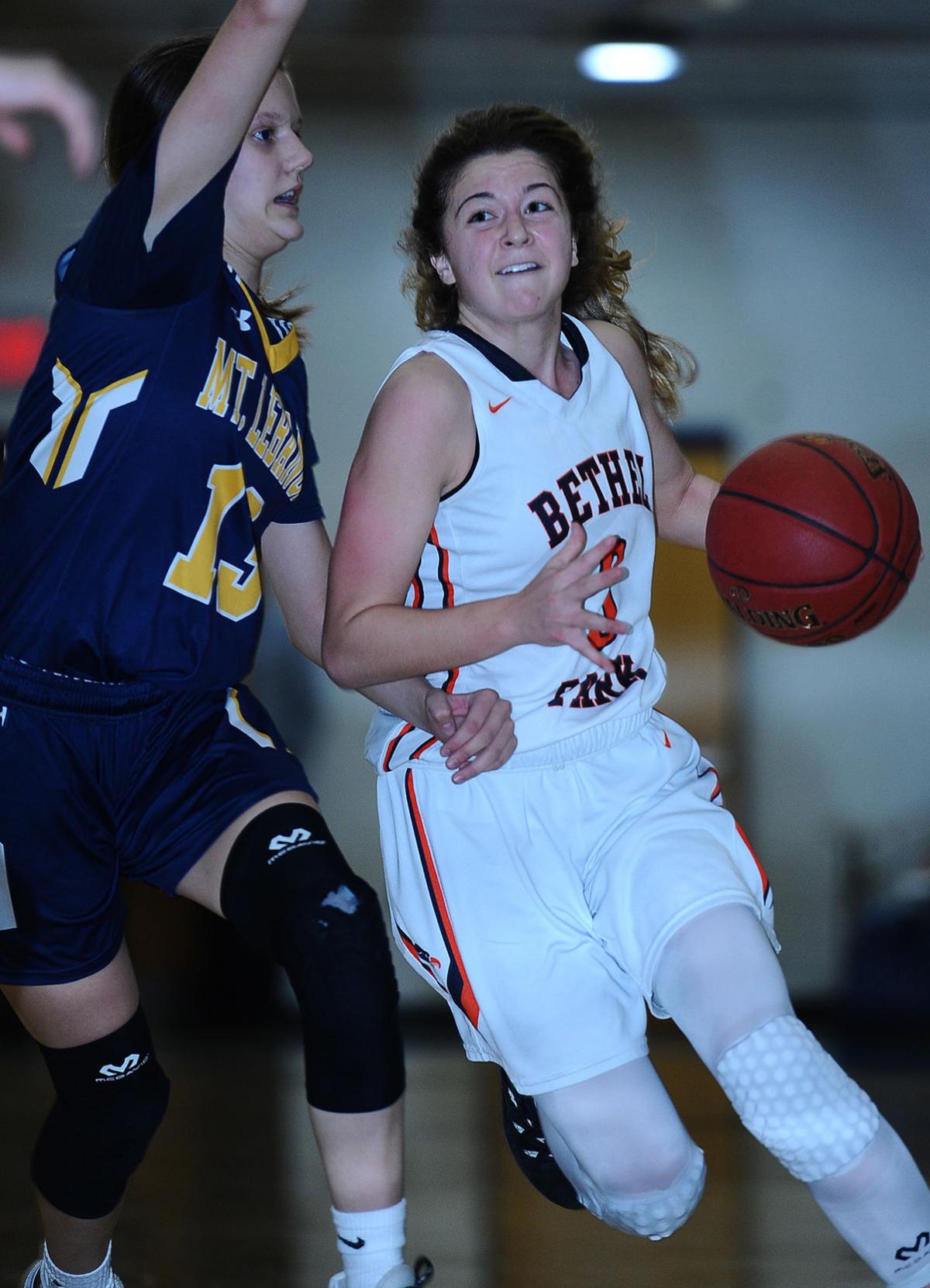 Ashleigh Connor (15) blocks a shot by Lauren Mullen (2) during WPIAL Class 6A semifinal action. Connor scored seven points but that was not enough as Mt. Lebanon succumbed to Bethel Park, 35-29.

Bethel Park’s 35-29 victory against Mt. Lebanon was not a thing of beauty, but it earned the Black Hawks a trip the University of Pittsburgh’s Petersen Events Center to compete for a WPIAL basketball championship.

Burke cited “familiarity” as the cause for the less-than-artistic performance. BP and Lebo (18-6) compete in the same section.

Mt. Lebanon’s Reagan Murdock and Patrice Smith did much to hold Bethel Park’s Maddie Dziezgowski and Olivia Westphal under their 15-point plus averages for the game, but the Black Hawks’ Lauren Mullen and Riley Miller helped their team jump out to a 15-8 first-quarter edge.

Mullen, who finished with 11 points, scored six in the first quarter. Miller scored seven points, four to start the game.

The fast start, Burke said, was “real important” especially since BP was coming off a one-point section loss to the Blue Devils.

“It was heartbreaking,” she said of the defeat. “That deflated our sails. So I felt like if we could get off to a good start that would be a key for us. Then we went stale in the middle. We did just enough. I’m super proud of my kids. They hung in there because, really, it was anybody’s game there in the fourth quarter.”

BP won the game at the foul line. All eight of their fourth-quarter points came from the charity stripe in the game’s final 2:42.

Mullen and Miller both connected on three of four free throws down the stretch. Dziezgowski, who finished with eight points, was 2-for-2 from the line.

“Those foul shots were huge,” Burke said. “We all talk about it since you are a little kid. You step to the line and imagine those situations.

“Those kids practice a lot. They put a lot of extra time in the last few days. This is what they strive to achieve to get to the WPIAL championship game. So happy for them. It paid off for them.”

Bethel Park’s Juliana Carbone scored five big points before fouling out of the game with 3:39 to play and Westphal provided four key points.

Burke and her Black Hawks now will turn their attention to NA, which was runner-up last season after winning two straight WPIAL titles.

The Black Hawks last won a title in 2013. BP advanced to the championship in 2017 where it lost to NA. The past two years, Black Hawks were knocked out of the WPIAL playoffs by Peters Township.

“It’s a great feeling, but trust me, I’ve been doing this for 25 years and I know it’s hard,” Burke said. “I’ve been in (the semis) many times and sent home many times. So it’s a blessing to get there.

“NA is no stranger to this environment,” she added. “They are there every year. So it’s a big challenge for sure.”

Upper St. Clair (14-8) dropped a 39-27 decision to North Allegheny in the other Class 6A semifinal played at North Hills.

Samantha Prunzik, Katelyn Robbins, Paige Dellicarri scored six points each for the Panthers, who despite the defeat qualified for the PIAA tournament.